There were four decisive results and two well-fought draws in Round 3 of FIDE Gibraltar Women's GP. Abdumalik managed to save herself from looming danger against Mammadzada and maintain her lead with 2.5/3. Kateryna Lagno beat Valentina Gunina to join the lead with 2.5/3. Three players are at 2.0/3 and they are - Mariya Muzychuk, Nana Dzagnidze and Gunay Mammadzada. Irina Bulmaga and Alina Kashlinskaya scored their first victory of the tournament against Antoaneta Stefanova and Anna Muzychuk respectively. Round 4 starts today at 6:30 p.m. IST. Photo: David Llada/FIDE

Both IM Irina Bulmaga and IM Alina Kashlinskaya scored their first victories of the tournament in the same round against GM Antoaneta Stefanova and GM Anna Muzychuk respectively. While Irina capitalized on her opponent's mistake in the final part of the seemingly equal endgame, Kashlinskaya seized the opportunity to launch an attack on the kingside after her opponent decided to return the exchange. 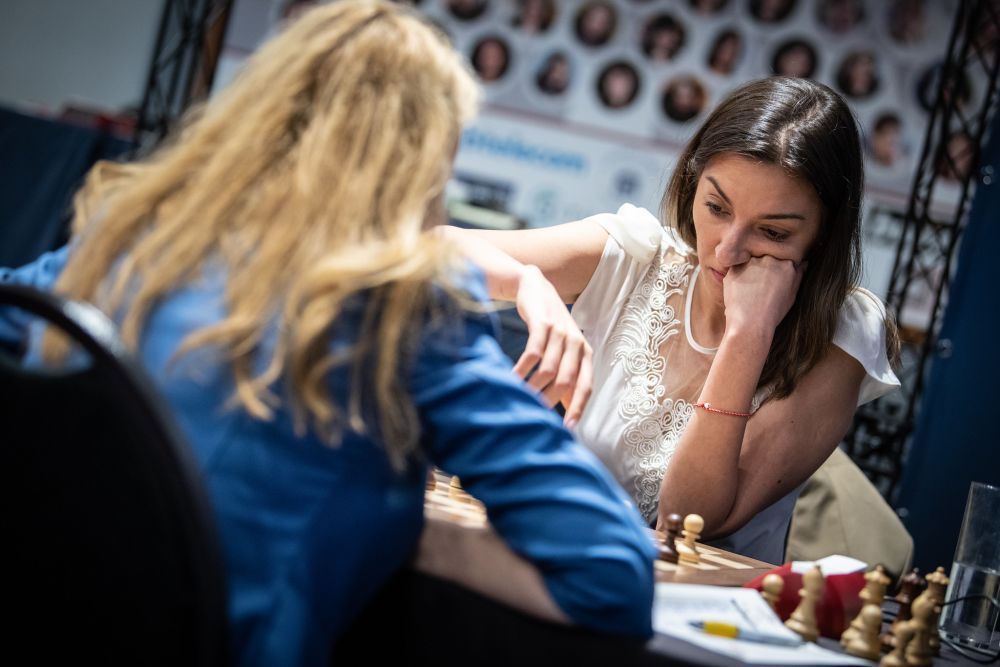 The knight endgame was heading to a draw. However Stefanova misplayed in the final part of it. 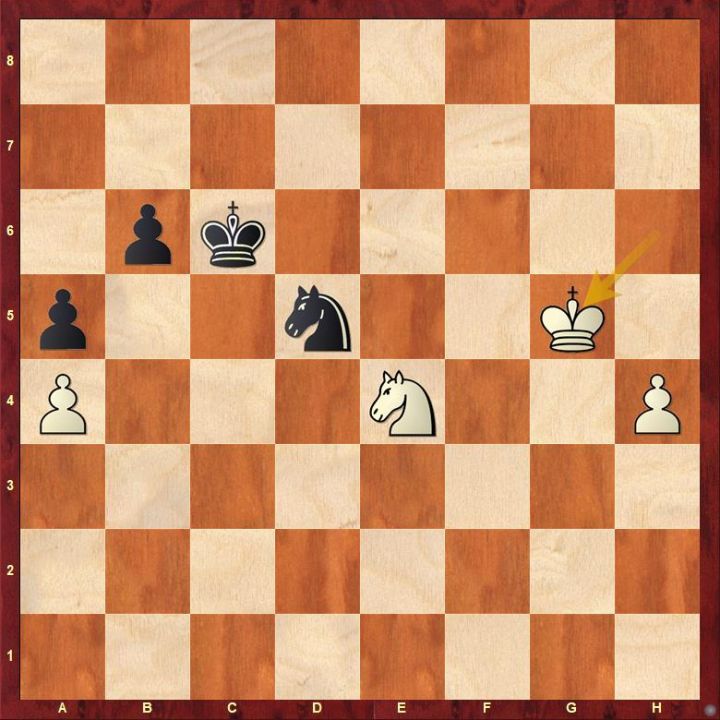 55.Kg5 has the intention to roll the h-pawn down the board. King or knight which piece need to be used to stop the pawn promotion? Black misjudged here and lost the game in another seven moves. Bulmaga not only scored her first win of the event but also her first ever win against Stefanova in a tournament. 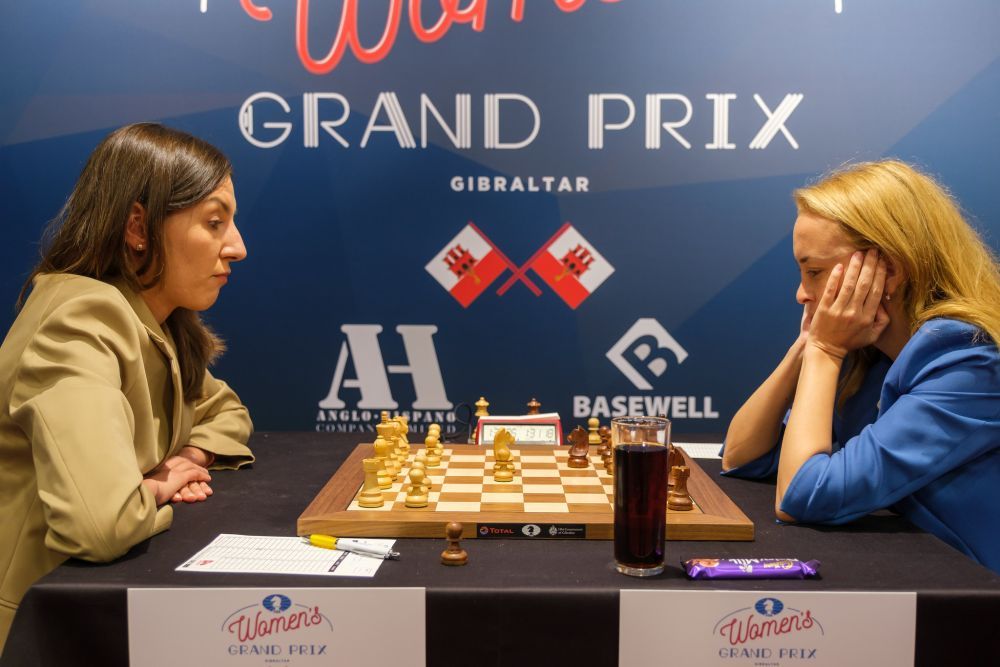 Previous round leader Abdumalik steered her ship out of the storms and salvaged a draw from a difficult position. 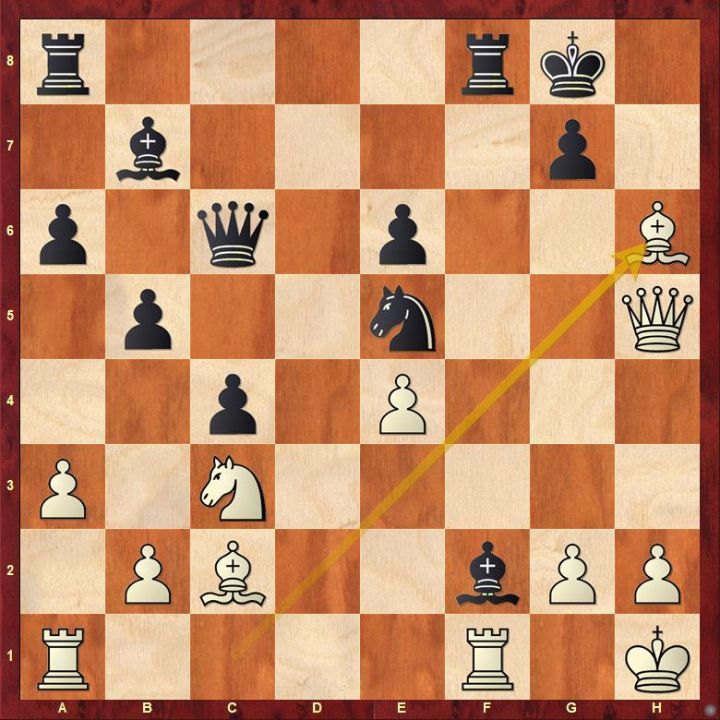 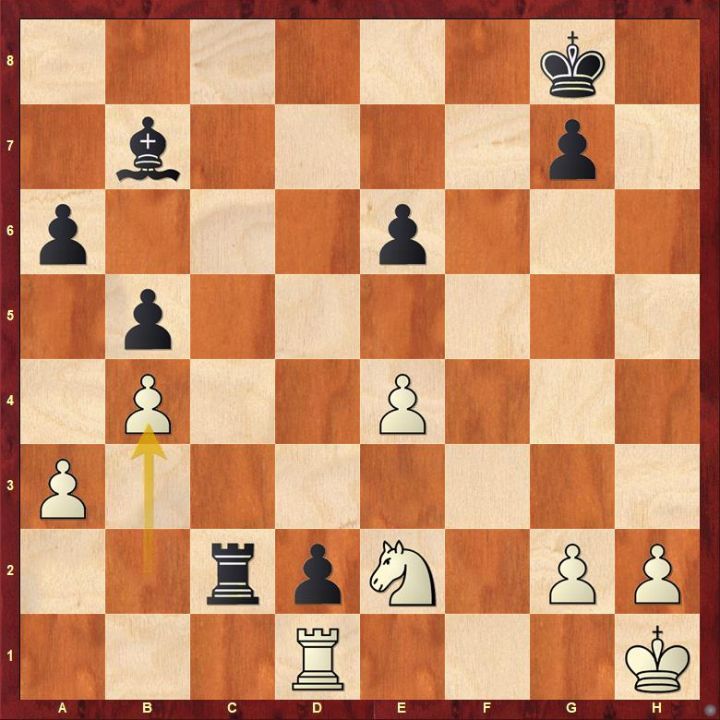 If anyone can go for a win in the above diagram then that would be black. Since d2-pawn cannot be defended and it will drop eventually, black needed to grab as many pawns as possible for it. 37...e5 was not the right way to go about it, instead 37...Bxe4 was. The game eventually ended up in a draw. 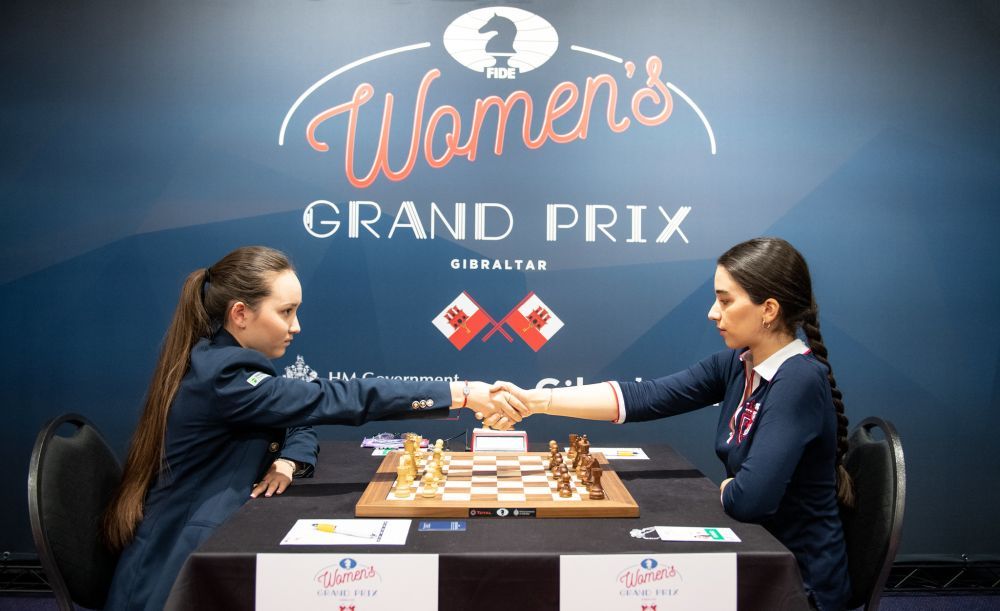 Abdumalik is still yet to lose a tournament game against Mammadzada | Photo: David Llada/FIDE
Interview with Gunay Mammadzada | Video: FIDE

Elisabeth Paehtza held Mariya Muzychuk to a well-fought draw where the majority of the game was queen ending which lasted for 44 moves. 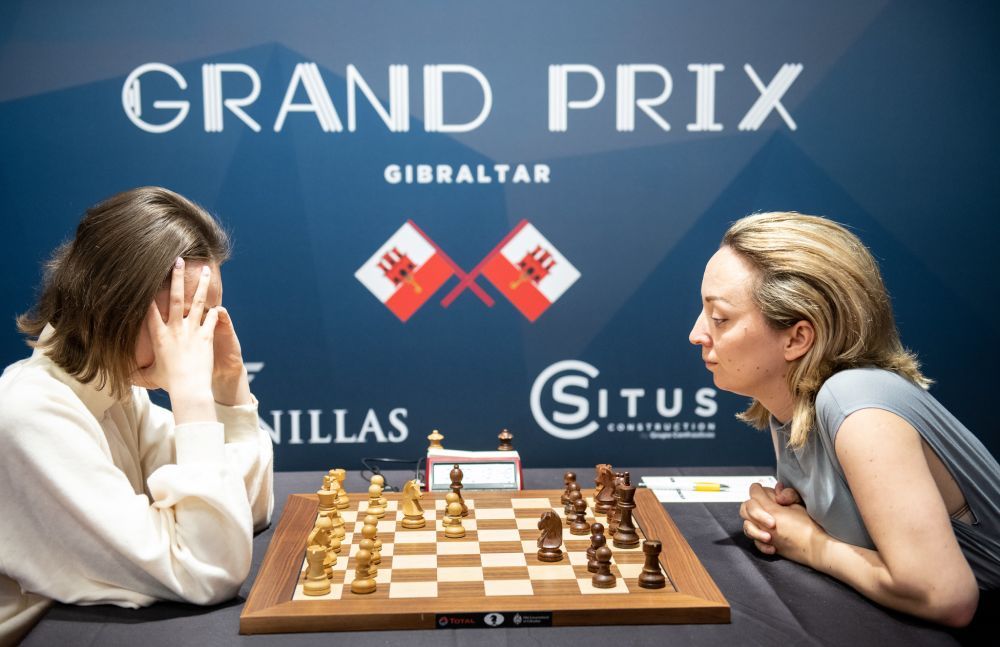 Georgia no.1 woman Nana Dzagnidze scored a very academic victory as she converted her advantage in the endgame with ease against IM Dinara Saduakassova. 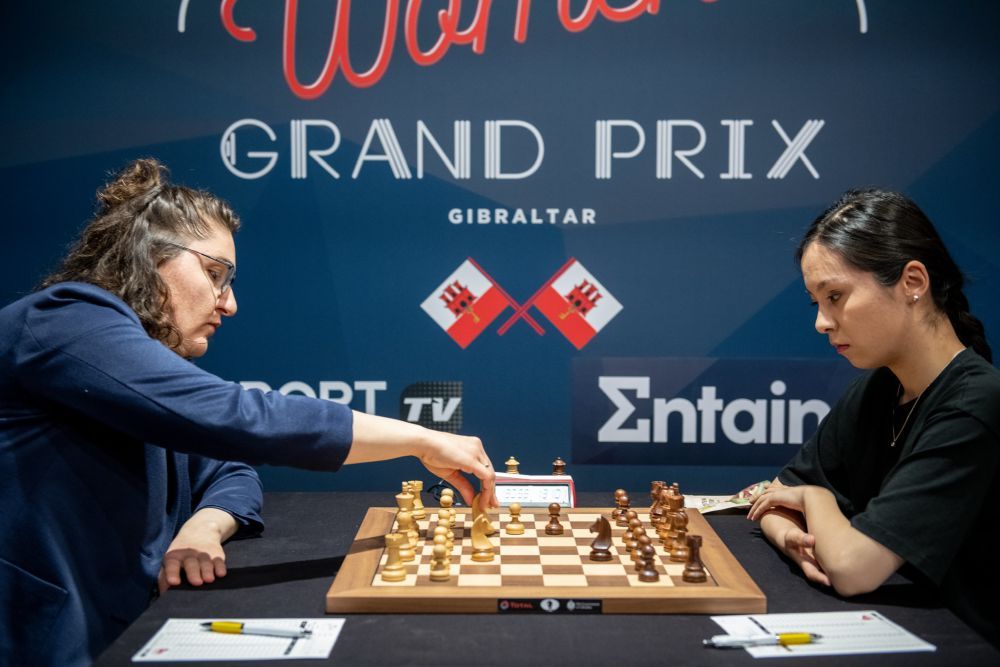 Anna returned the exchange in a promising position for her opponent when all she needed to do was force a queen exchange to reduce the intensity of the attack. 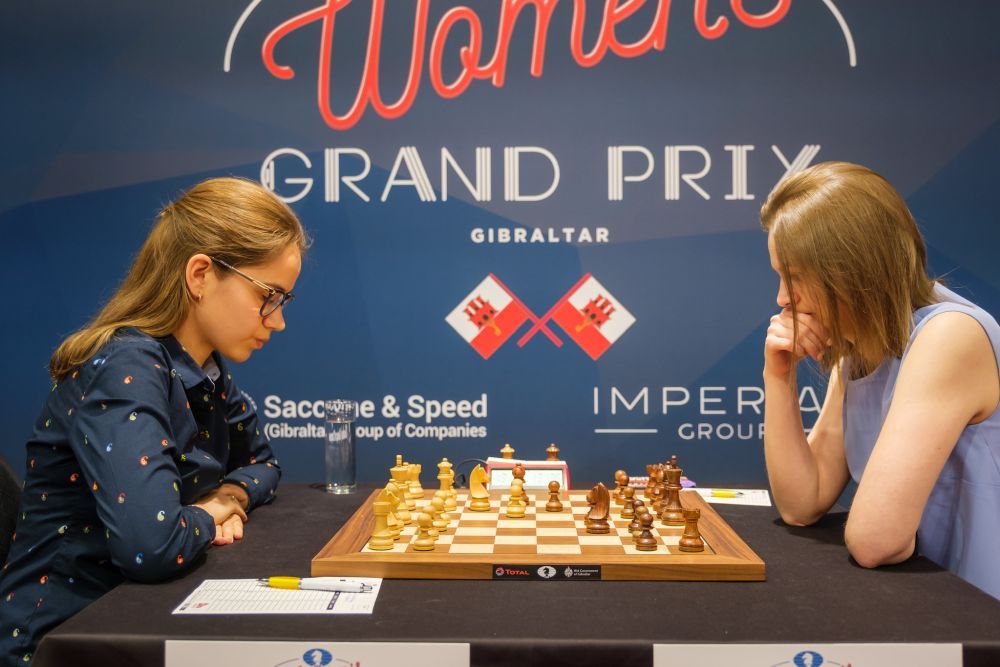 Kashlinskaya scored her first win of the tournament against Anna | Photo: John Saunders/FIDE

Fun fact: This was Kashlinskaya's only second ever victory against Anna Muzychuk in a tournament, the first one was in 2017.

Gunina made an incorrect decision which gave Lagno the upper hand and subsequently a decisive advantage. 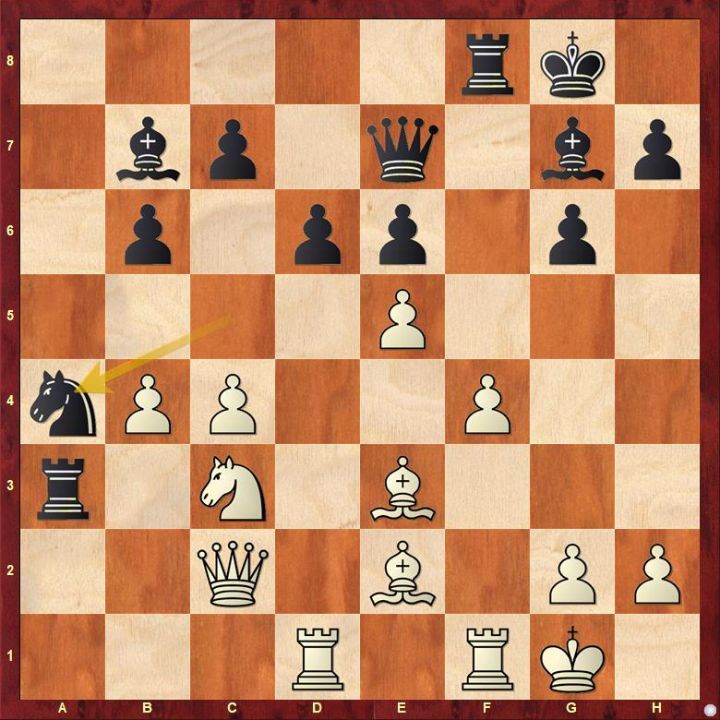 White needed to play 21.Rd3 here because 21.Nxa4 makes things difficult for white after 21...Rxe3. Gunina decided to give up a piece for two pawns but that did not help her case. With this win Lagno joined the lead with Abdumalik. 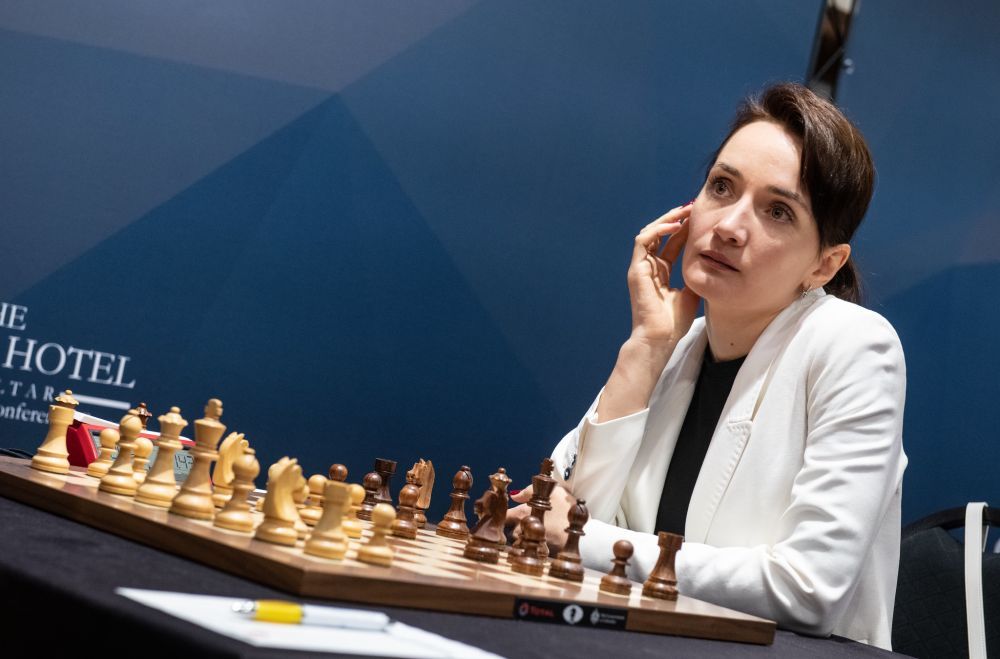 Fun fact: Gunina and Lagno played against each other for the first time back in 2002.

Replay all Round 3 games