Critics and pundits of the game put higher stock in India 2 than other teams. So far they have not been proven wrong. India 2 continues to lead the table by notching up their fourth consecutive win. They defeated Italy 3-1. Gukesh and Nihal Sarin led the charge by scoring victories. Praggnanandhaa and Raunak maintained stronghold by drawing their respective games. India 1 could only manage to draw with France 2-2. In the Women's section, IM Tania Sachdev and WGM Vantika Agrawal scored a win each to ensure India 1 and India 2's victory over Hungary and Estonia respectively. Round 5 starts today at 3 p.m. IST. Photo: Aditya Sur Roy

The dark horse of the tournament in the Open section is certainly Uzbekistan. The team has the reigning World Rapid champion in the form of Nodirbek Abdusattorov. Apart from Jakhongir Vakhidov who is born in 1995, the remaining four members are born on or after 2002. The captain of the team is Ivan Sokolov, the man who has trained Alireza Firouzja and many other strong world class talents. Poland, Azerbaijan and Norway were held to draws by Romania, Turkey and Mongolia; Israel and Slovakia defeated Ukraine and Netherlands respectively. In the Women's event, the only upset of the round was Romania beating Germany by minimum margin.

India 2 is living up to all expectations so far | Photo: Aditya Sur Roy 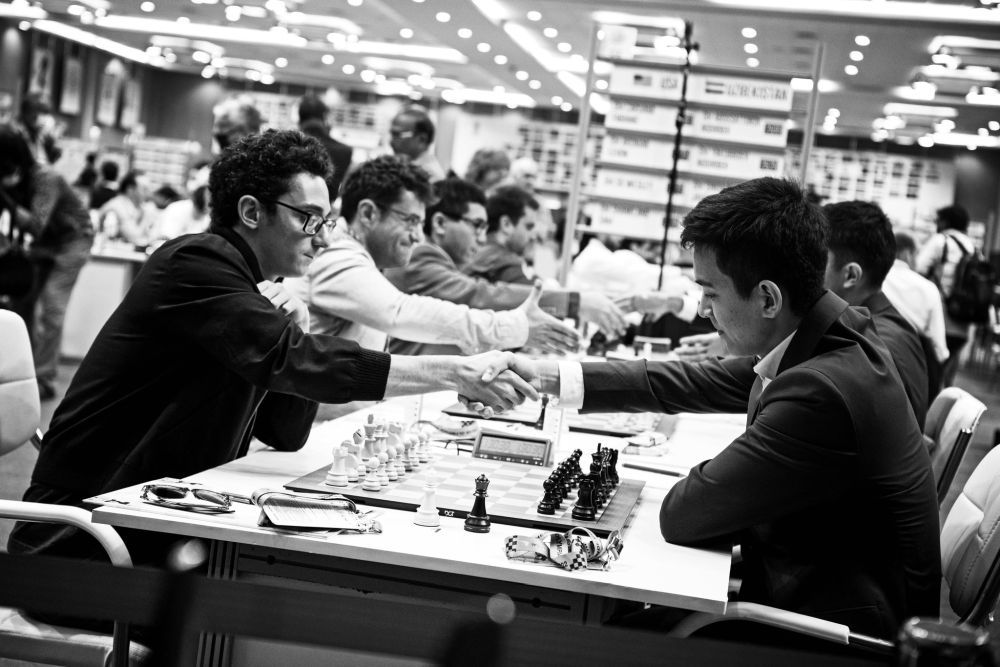 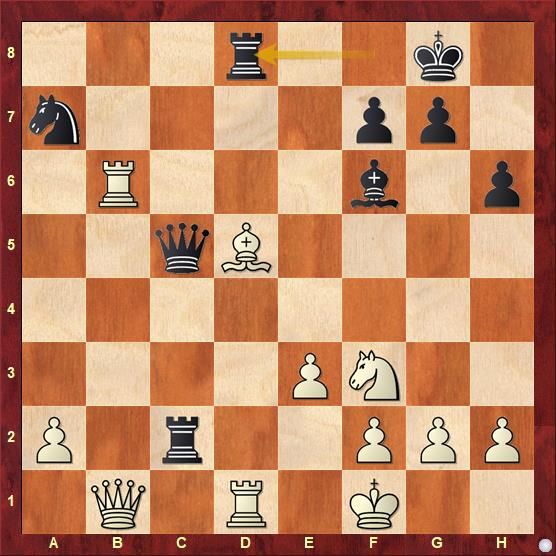 GM Koneru Humpy (2586) was completely winning against GM Thanh Trang Hoang (2376). She missed her opponent's defense and the game ended in a draw. GM Harika Dronavalli (2517) had the quickest result of the team as she drew with WGM Ticia Gara (2367) in just 13 moves via repetition. IM Tania Sachdev's (2399) sole victory over WIM Zsoka Gaal (2313) ensured the team's victory over Hungary by a minimum margin. 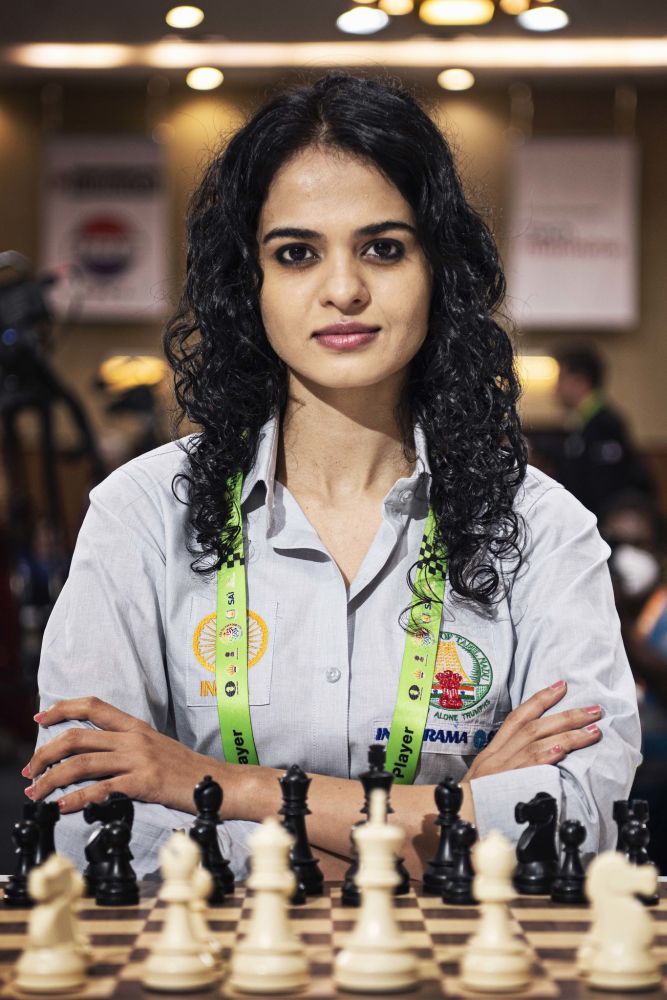 WGM Vantika Agrawal (2371) scored her fourth consecutive win of the event. She defeated WGM Mai Narva (2385) convincingly. WGM Divya Deshmukh (2319) had a solitary opportunity to seize her advantage against WFM Sofia Blokhin (1996). She missed it and the game ended in a draw. 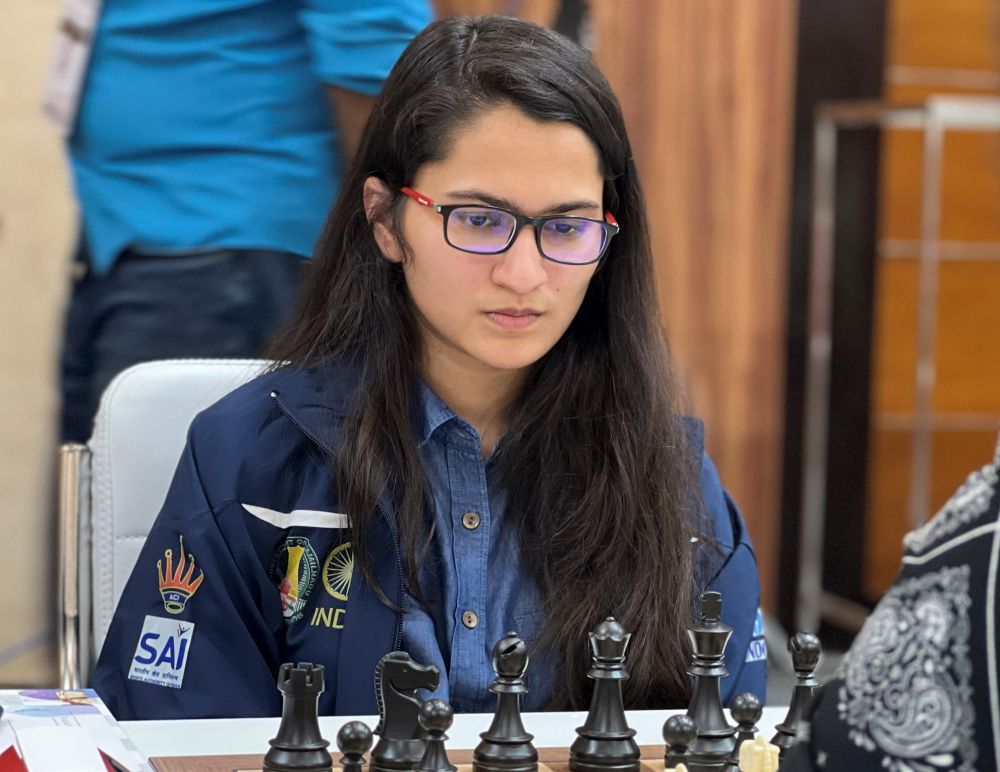 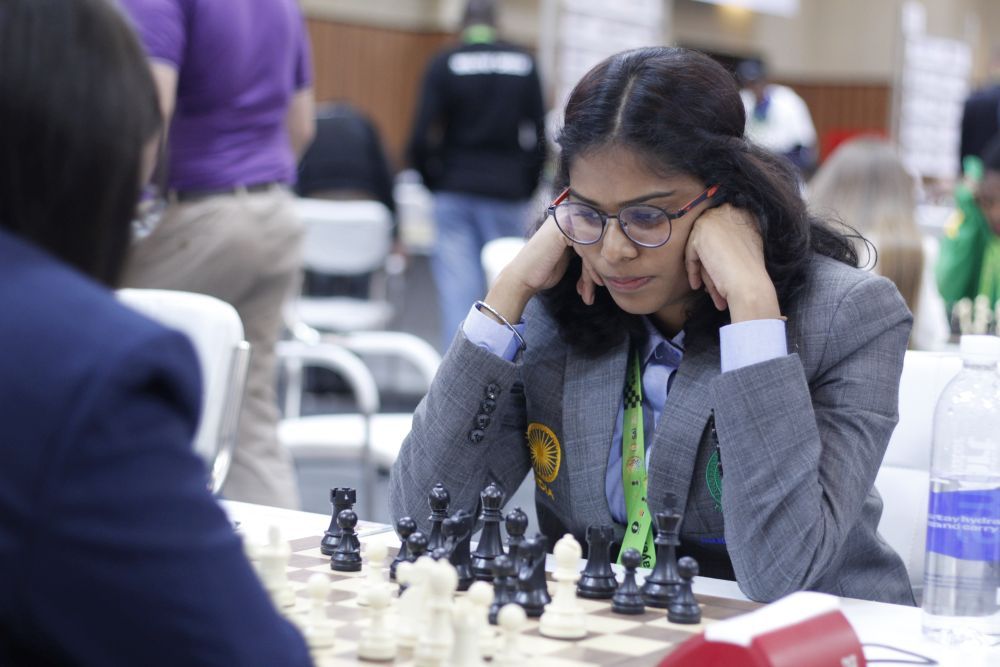 WGM Nandhidhaa P V scored the sole win for her team as she moves to 4/4 | Photo: Amruta Mokal

One of the tournament favorites, USA had a difficult time overcoming Uzbekistan. Former World Championship Challenger and World no.2, Fabiano Caruana (2783) went down against the reigning World Rapid champion, Nodirbek Abdusattorov (2688). Levon Aronian (2775) and Sam Shankland (2720) were held to draws by Nodirbek Yakubboev (2620) and Jakhongir Vakhidov (2564). 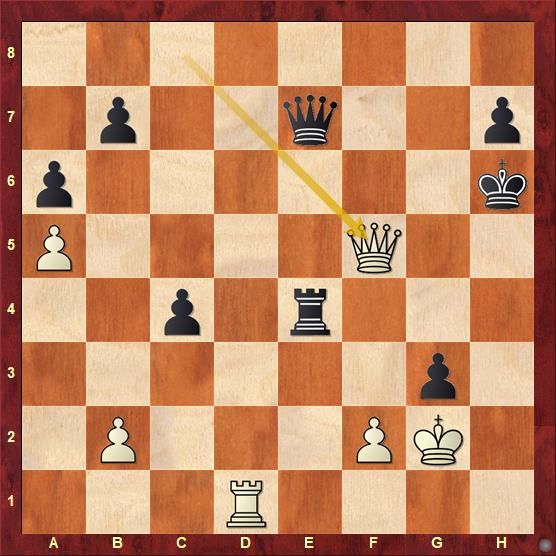 44.Qxf5 turned out to be the decisive mistake. Find out why. 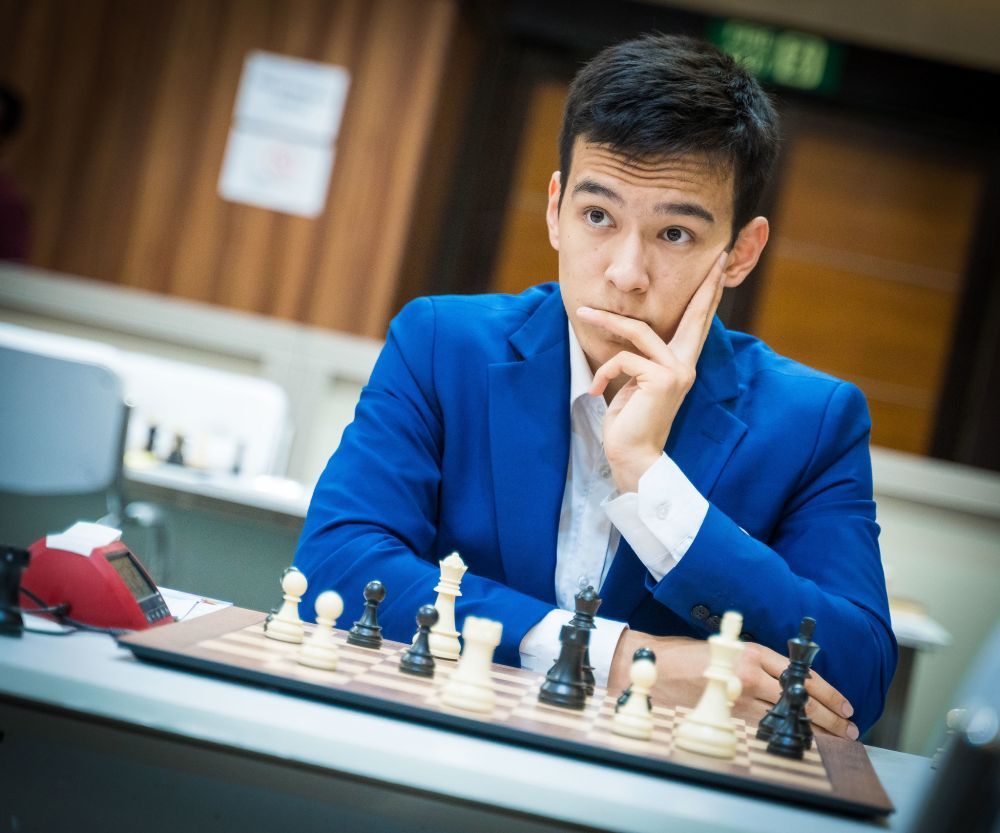