India 1 dominated Georgia women by 3-1 in the sixth round of 44th Chess Olympiad 2022. Humpy and Vaishali scored emphatic victories, Harika and Tania held the fort by drawing their respective games. India 2 suffered their first loss of the event against the tournament leader Armenia 1.5-2.5. D Gukesh scored his sixth consecutive win to take his live rating to 2719.3 and become World #26. Harikrishna defeated the reigning World Rapid champion, Nodirbek Abdusattorov to ensure India 1 can hold a draw with Uzbekistan 2-2. India 2 Women were held to a draw by much lower rated Czech Republic. Neither team managed to score a win. India 3 defeated Lithuania 3.5-0.5 to setup a clash with India 1 in the next round. Today is a rest day. Round 7 starts tomorrow 5th August at 3 p.m. IST. Photo: FIDE/Madelene Belinki

Armenia (Open) and India (Women) are the sole leaders

India 3 Women defeated Australia 3-1 to take their score 9/12. USA registered their second consecutive victory to stay just a full point behind the leaders. They defeated Iran 2.5-1.5 to setup a clash with Armenia (12). Nine teams are at 10/12, including lower seeded Cuba, Peru and Kazakhstan. Cuba and Austria drew with Spain and England 2-2, Poland lost to Serbia 1.5-2.5. Peru, Kazakhstan and Australia defeated Croatia, Czech Republic and Norway. Norway has been pushed to Hall 2 in Round 7. If Carlsen plays, Hall 2 will suddenly see a surge in spectators for sure. 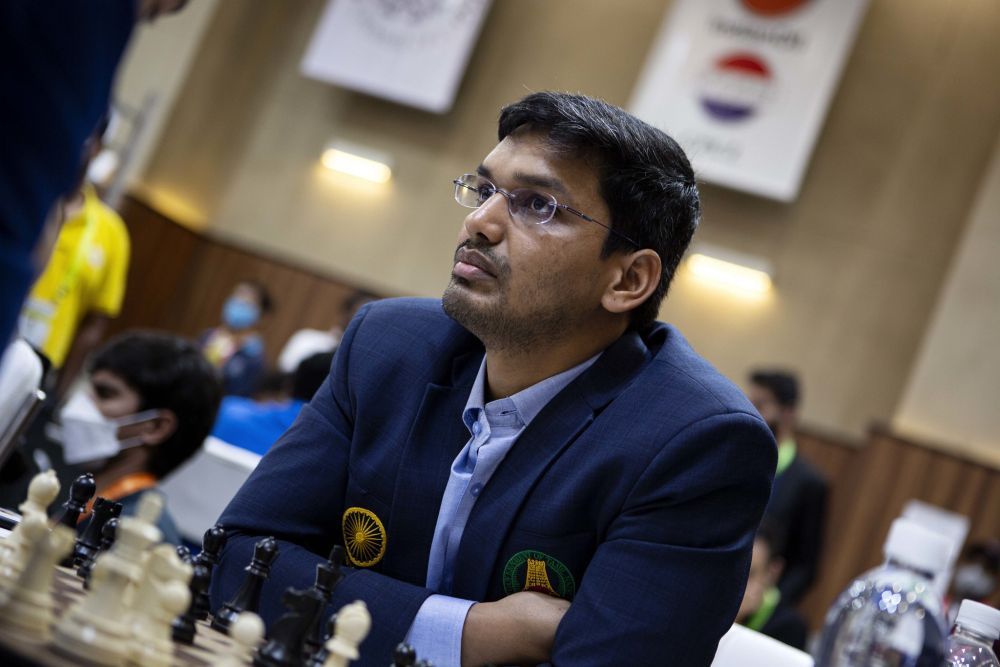 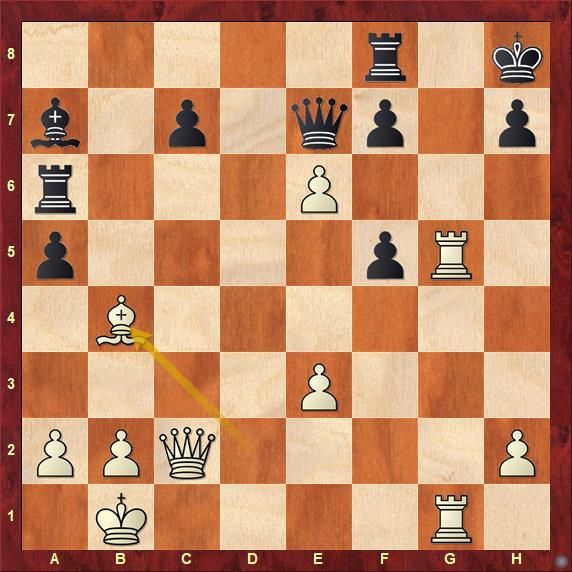 Black made a thematic error early in the opening 11...Nxf3+ 12.gxf3 opened the g-file and allowed White to have a strong pawn in the center. The Armenian also needed to prevent it from rolling down the board 17...f6 to prevent e5 would have been better. Instead 17...a5 invited more trouble 18.e5 Bc5 19.Rg5 Ba6 20.Rdg1 g6 21.Bxa6 Rxa6 22.f5 Ba7 23.e6 Kh8 24.Kb1 gxf5 25.Bxb4! and we reach the above position. It is irrelevant how Black captures the bishop as White's idea remains the same, exploit the back-rank weakness, promote the e-pawn into a queen and win the game. That's what happened. 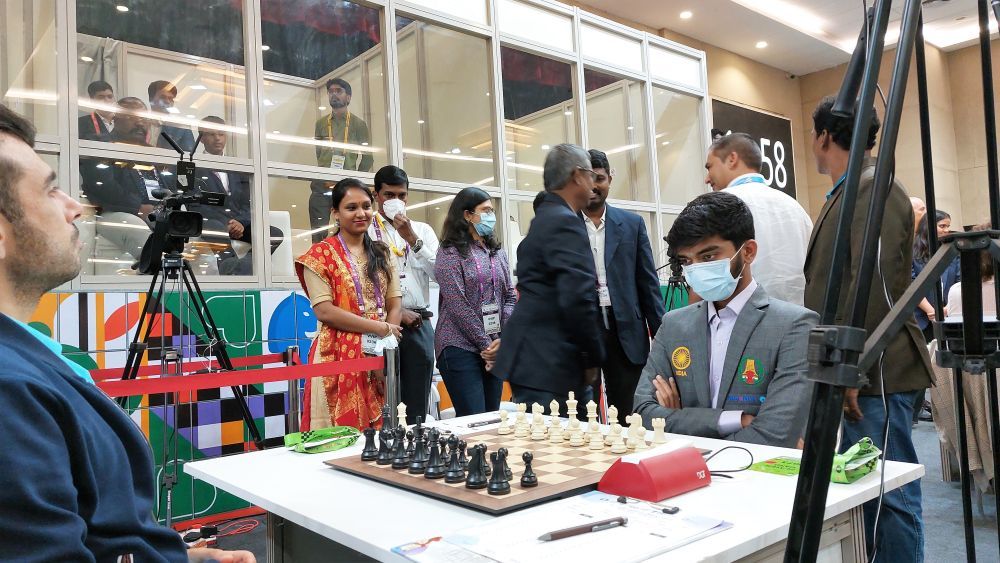 GM Pentala Harikrishna (2720) scored the sole win for India 1 against Uzbekistan. His strategy was simple - take the game to his opponent before he takes it to him. In other words, attack and be the person to take charge, before your opponent does that. His opponent, the reigning World Rapid champion, GM Nodirbek Abdusattorov (2688) is well-known for his fierce attacking play. It did not work against Harikrishna as he imploded. 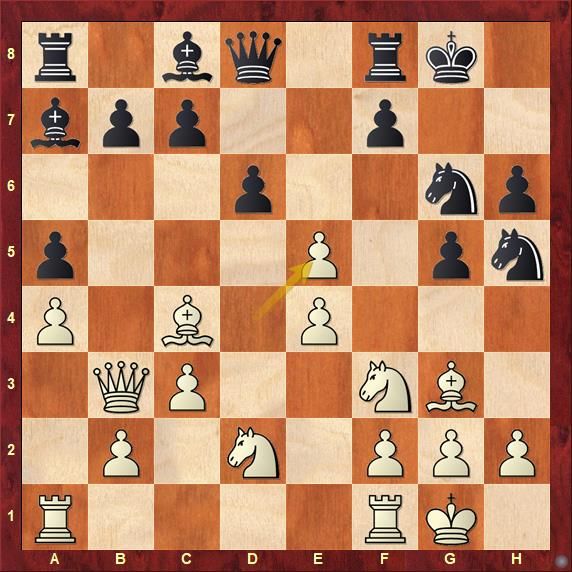 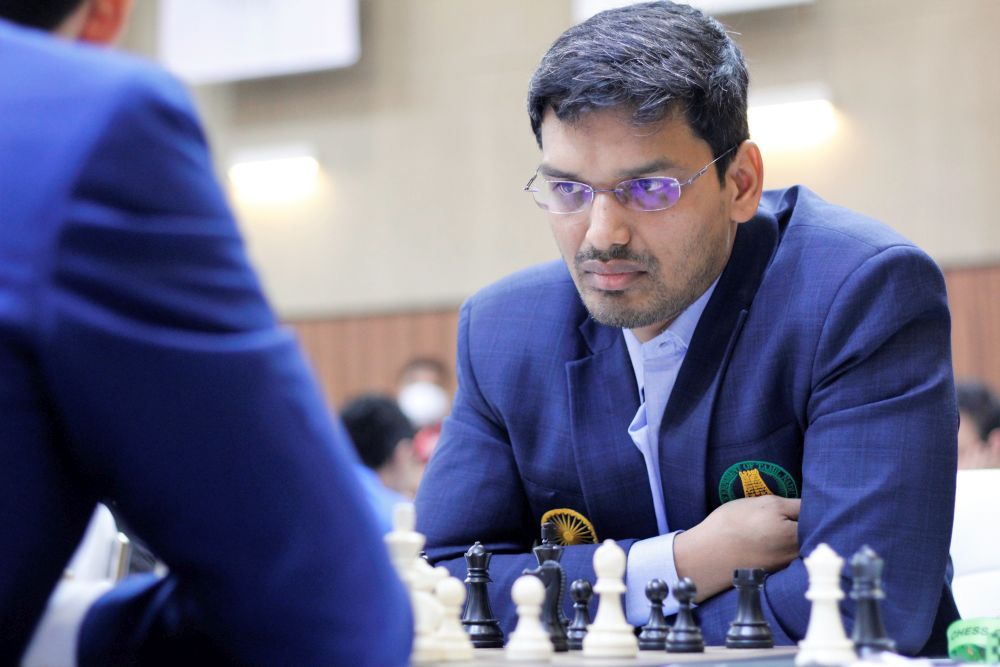 Black had to take the c6-pawn here. Perhaps the reason behind rejecting that idea is 26.Nxb5 Nxb5 27.Qxc4+ or 26....d5 27.Nxc7 is met with Nxb4 and things are balanced.. Sure Black might still end up down by two pawns, however it would have been better than the text. The last time Dzagnidze beat Humpy in Classical chess is June 2014. That statistics remained unchanged. 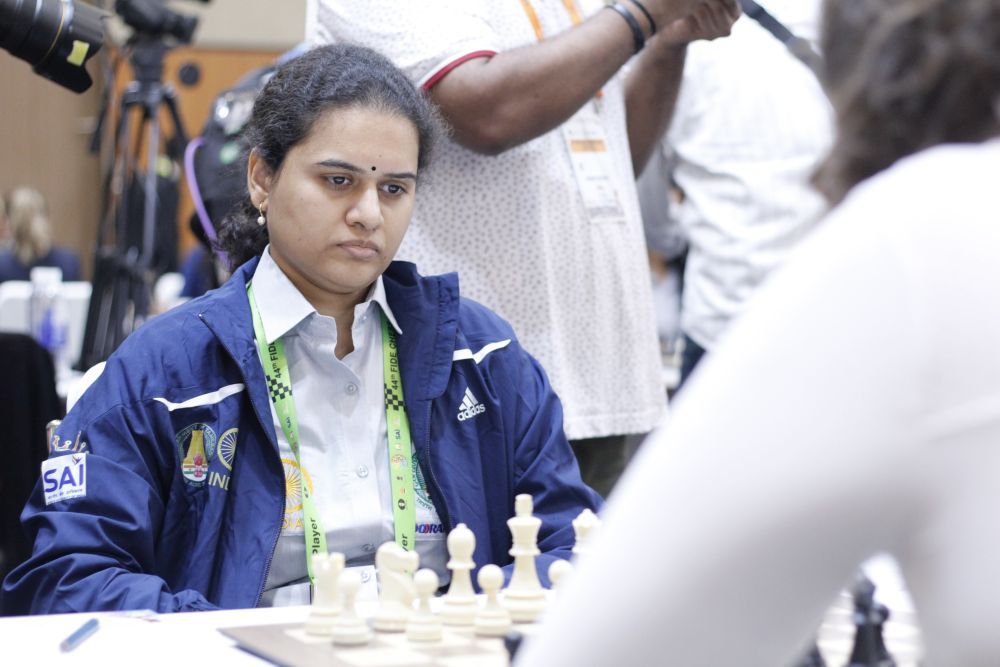 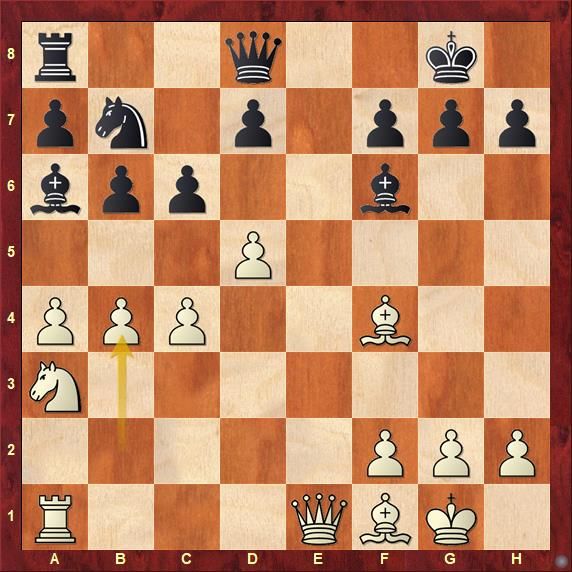 The knight did not have a lot of safe squares to go. 16...Nf5 or Ne8 would have been better as 16...Nb7 trapped her own bishop. Vaishali found a beautiful move 17.b4! It momentarily sacrifices the exchange, however Black has no way to save the a6-bishop. The b5-threat is looming large. For the lack of a better choice, 17...Bxa1 had to be played 18.Qxa1 Qe7 19.b5 and rest is just a matter of time. Vaishali employed some more tactical threats to end the game in her favor. 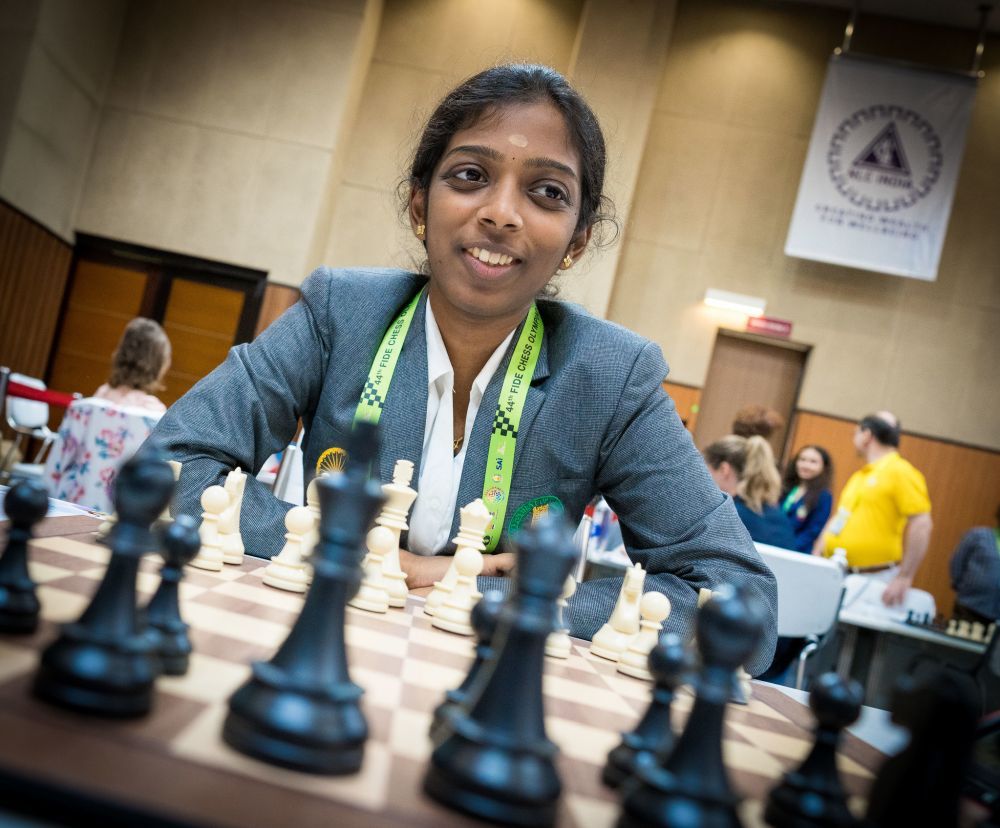 Czech Republic - India 2: 2-2
What was all the confusion about? | Video: ChessBase India