Azerbaijan went down against India 1 women 1.5-2.5 in the seventh round of 44th Chess Olympiad 2022. Humpy suffered her first loss against Azerbaijan no.1 woman, IM Gunay Mammadzada. Although the team won the match, thanks to Vaishali and Tania's resounding victories. They are now two points ahead of Ukraine, Georgia and Armenia. India 1 will face their toughest challenge against Ukraine in Round 8. In the Open section, India 1 expectedly won against India 3 by 3-1. Arjun Erigaisi and S L Narayanan scored the wins. The team will face the sole leader Armenia and India 2 will be up against the USA. Round 8 starts today at 3 p.m. IST. Photo: FIDE/Lennart Ootes

Armenia without Aronian can still put up a fight

Armenia in the Open and India 1 Women maintained their lead in their respective sections. Armenia vs USA had four decisive games. GM Sam Shankland lost in a dramatic fashion against GM Robert Hovhannisyan after the former incorrectly made an illegal move with his king which cost him the game and the match ended in a draw. Uzbekistan scored their fourth whitewash of the event, it was against Peru in Round 7. Spain and England went down against Kazakhstan and Brazil respectively by a minimum margin. In the Women's event, India 2 suffered a shocking defeat against Greece 1.5-2.5. Poland was held to a draw by Bulgaria 2-2.

History will always be kind to Magnus Carlsen. Norway despite being third seeded in the Open section, is having a hard time finding their footing in this event. They barely managed to defeat North Macedonia in Round 7. 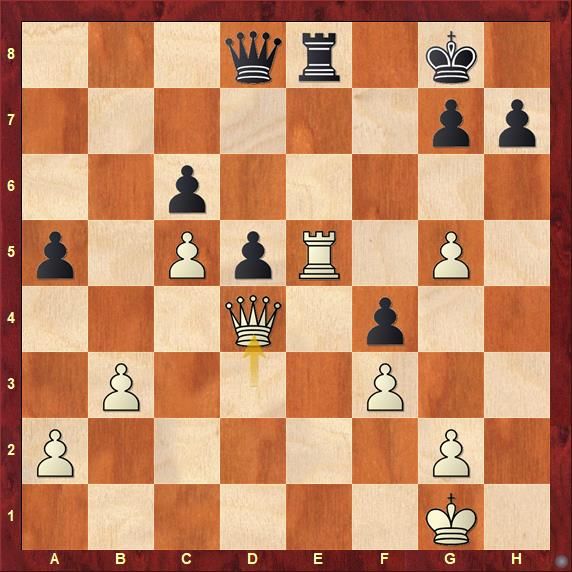 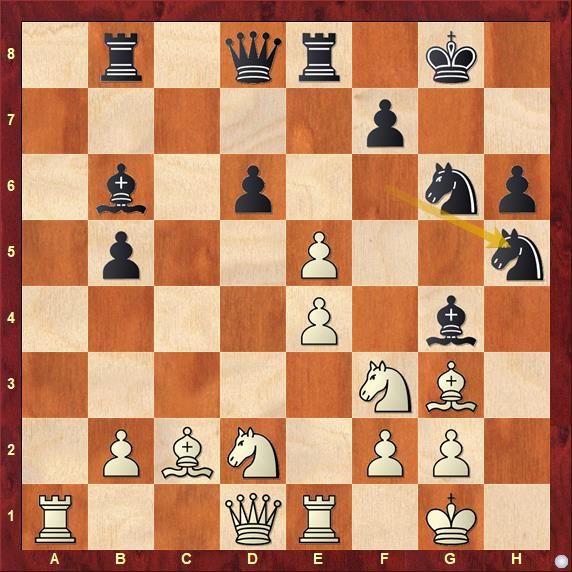 21.dxe5 on a regular day would have been fine. However, there is a sniper bishop at b6 which makes 21...Nh5! an excellent choice. Black does not need to rush taking the e5-pawn. 22.Nf1 Nxg3 23.Nxg3 Nxe5 24.Ra3 Qf6 the pin is extremely uncomfortable for White. Although White was able to get back in the game but an eventual mistake cost him the game. 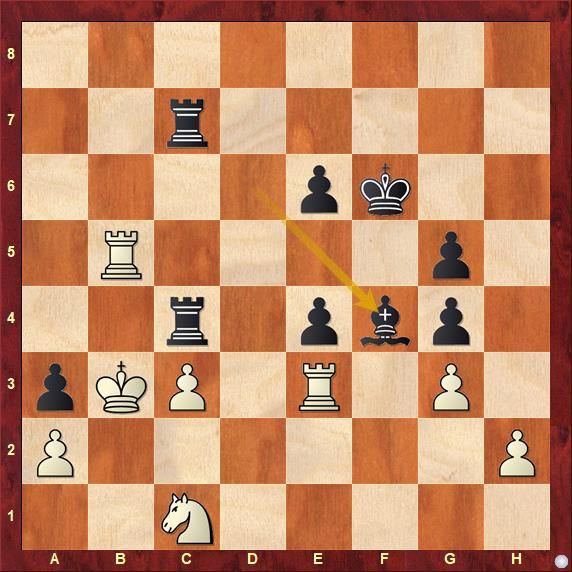 Gukesh is undoubtedly in top form. He made a beautiful finish 45...Bf4. Even after 46.gxf4 gxf4 47.Re2/1 Rxc3+ Black recovers the material and converts his advantage into a win easily.

All previous encounters between IM Gunay Mammadzada (2455) and GM Koneru Humpy (2586) ended in 1-0. This one was no exception. Although, Humpy got a substantial advantage in the middlegame. 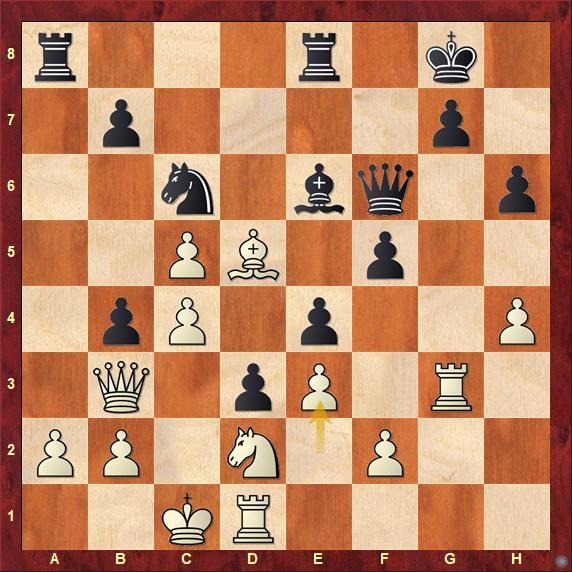 Black is in full command after 24.e3. However, Gunay created some chances for herself by breaking the pawn chain. 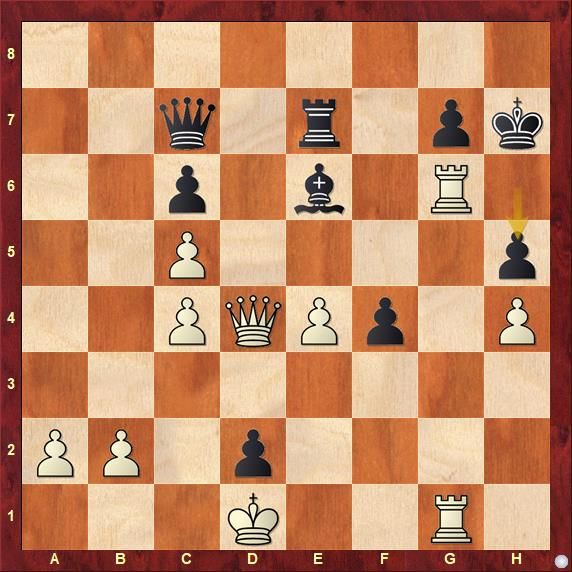 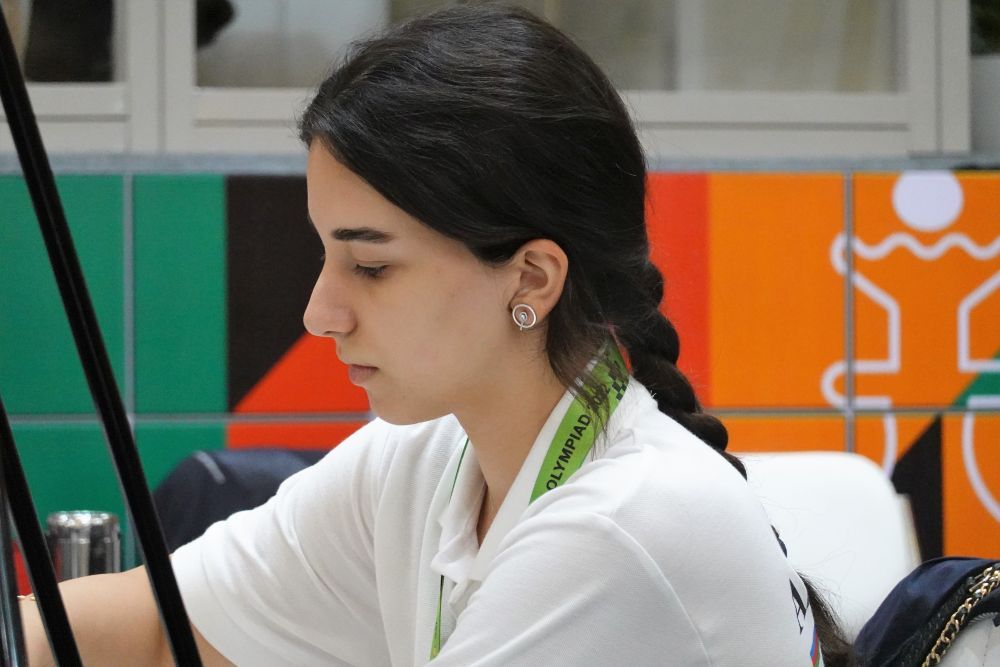 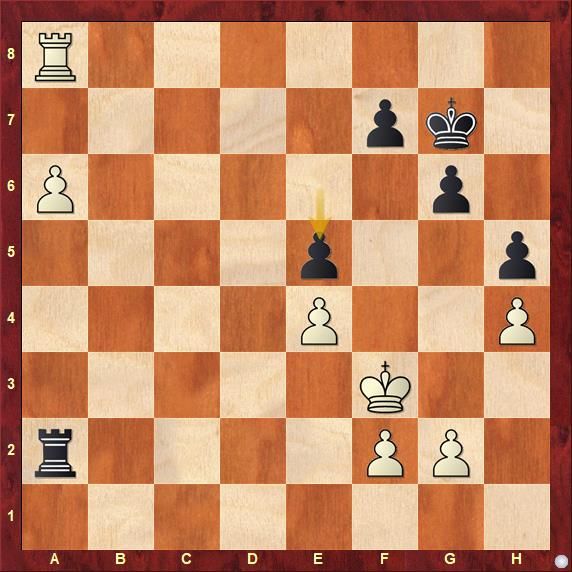 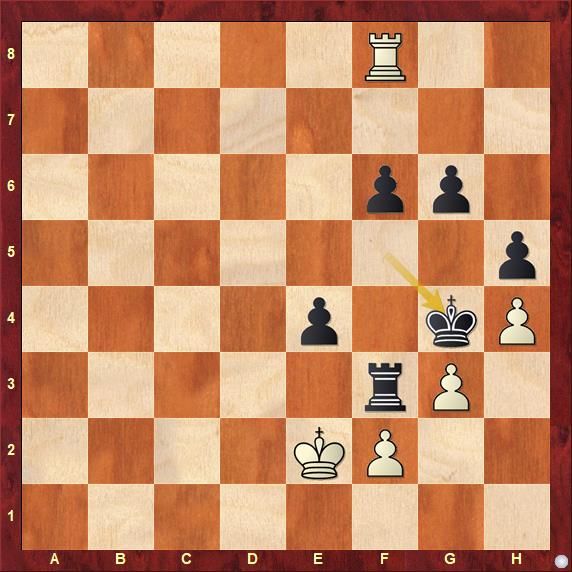 3 vs 4 pawns on the same side in Rook ending is a draw. However, the defender must play correctly to save the point. 64.Rg8 is the correct way to defend it. White blundered 64.Re8 and Vaishali seized her opportunity 64...f5 65.Rg8 Kh3 and it's all over for White because Black invaded with the king. 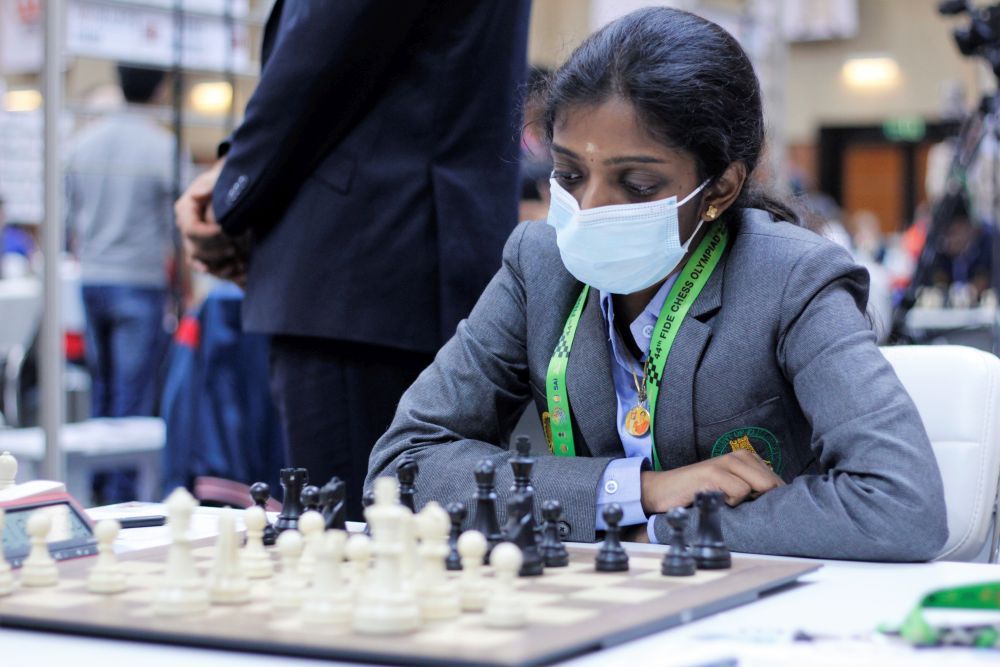 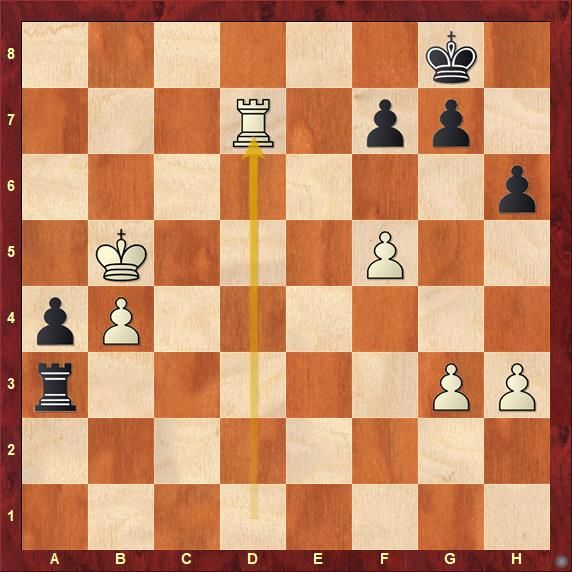 Find out the correct way for Black to save the game. Both 47...Ra1 and Rxg3 loses for Black. The Azeri opted for the former and Tania capitalized on her mistake. 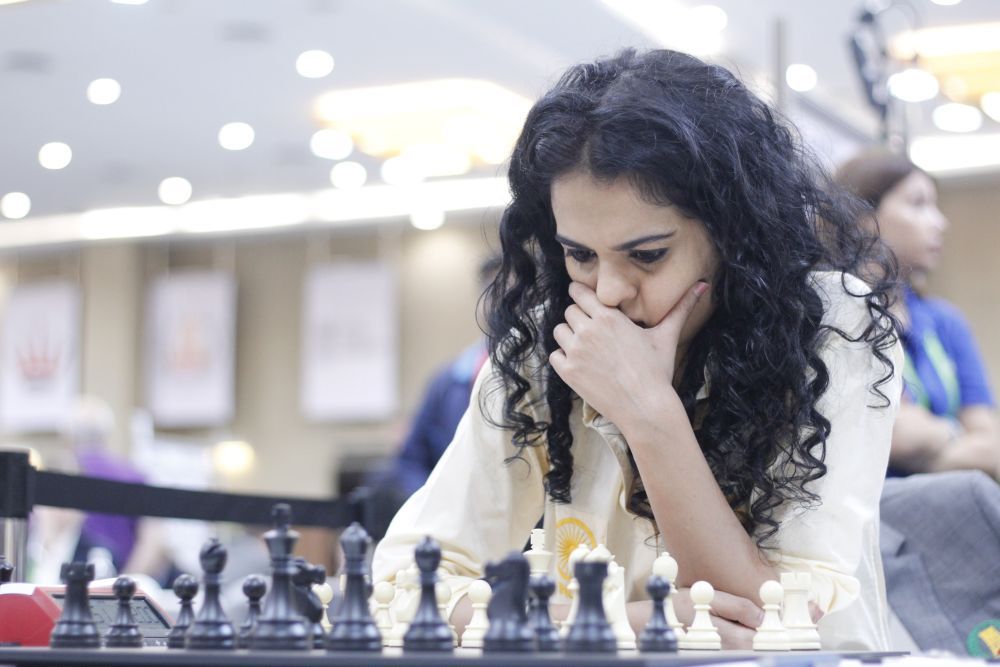 Tania is unequivocally in one of the best forms of her career | Photo: Amruta Mokal 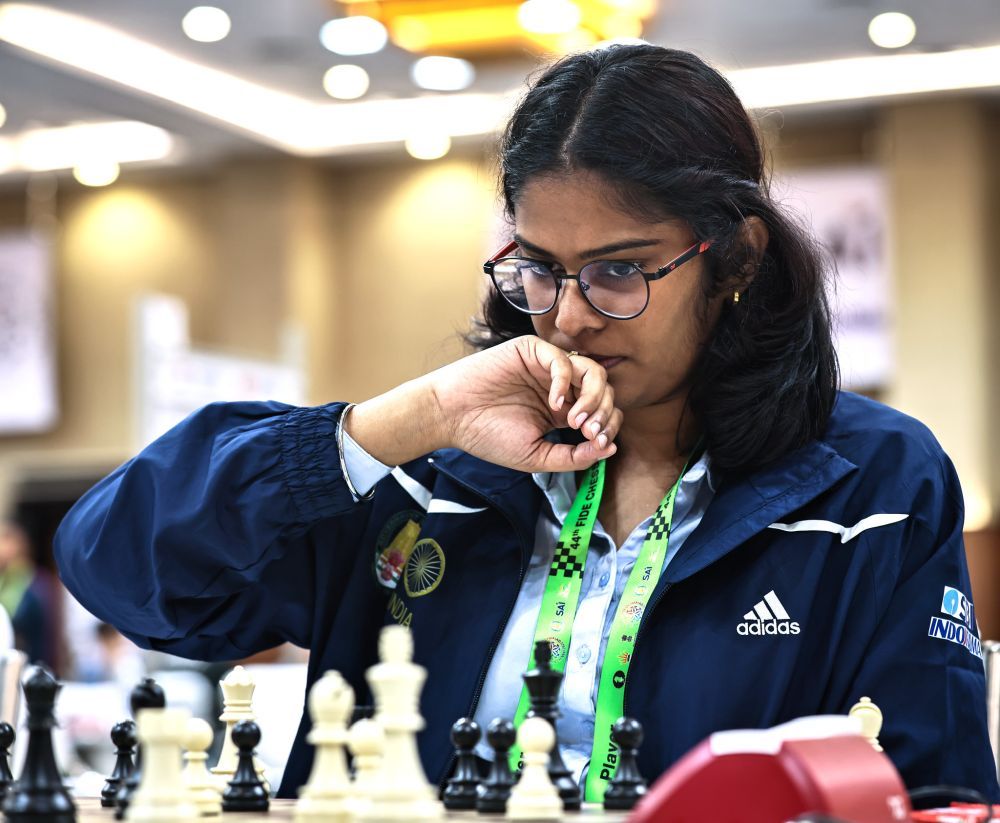 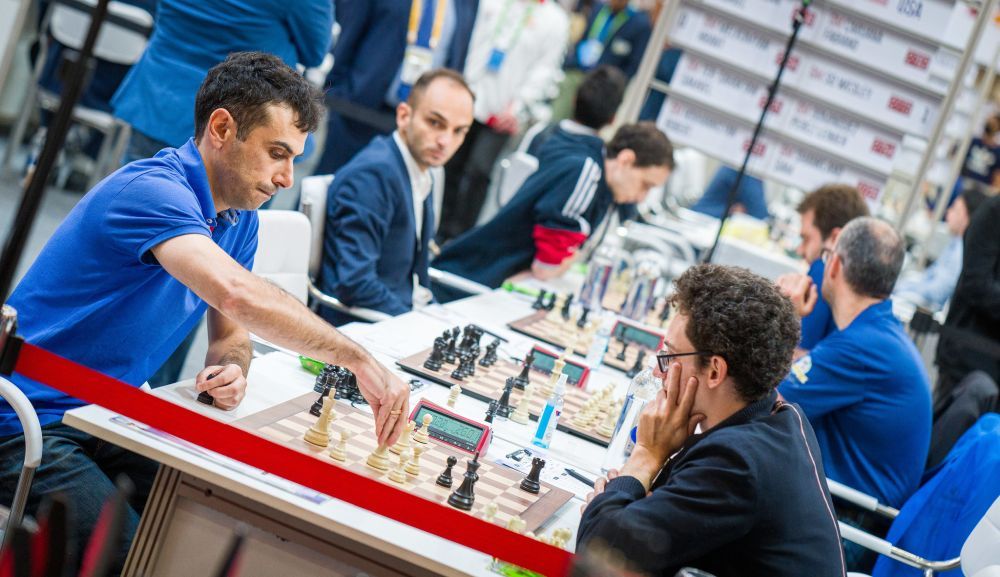