Second seeded GM Jan Gustafsson took sole lead at the conclusion of round 5 after Karthik blundered a rook and Gustafsson won the game in just 23 moves. Kunte went for two minor pieces and two pawns for a rook but that did not turn out in his favor as Short utilized his pawns and rooks brilliantly to score a victory. Lalith Babu scored a victory over Villamayor Buenaventura after the latter got a bad pawn structure in Reti and then blundered an exchange. FM Susilodinata Andrean scored a nice victory over GM Ly Moulthun in Ruy Lopez Berlin. GM Rodrigo Vasquez Schroeder of Chile won 19th BCC Open Blitz by scoring 12.0/15 . He won a Rolling Trophy and 12000 Baht as prize. Photo: Shahid Ahmed 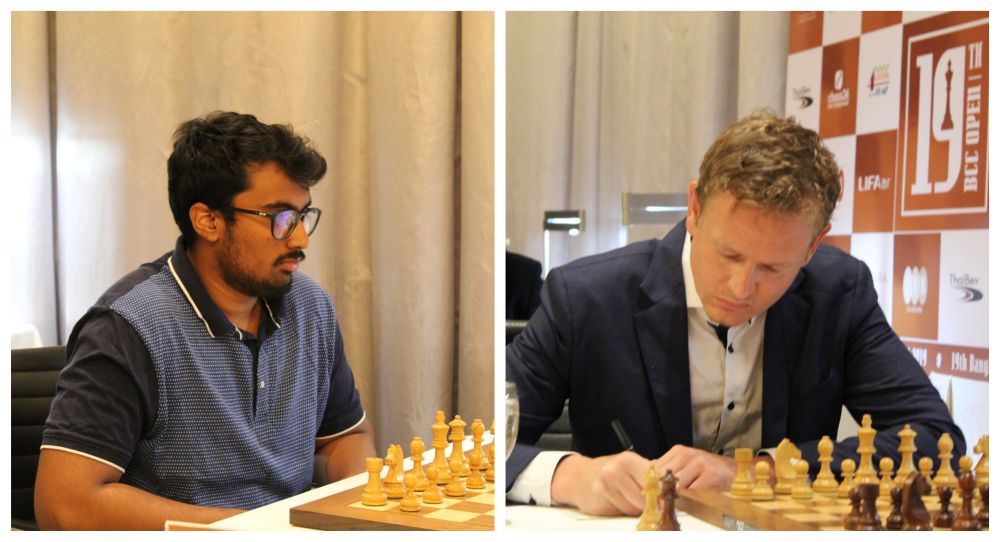 If there is one game that will haunt Karthik Venkataraman for a while then that will be the round 5 game of 19th BCC Open 2019 against GM Jan Gustafsson | Photo: Shahid Ahmed

Things were going quite well for the 55th Indian GM Karthik Venkataraman but suddenly he made an irrevocable blunder. 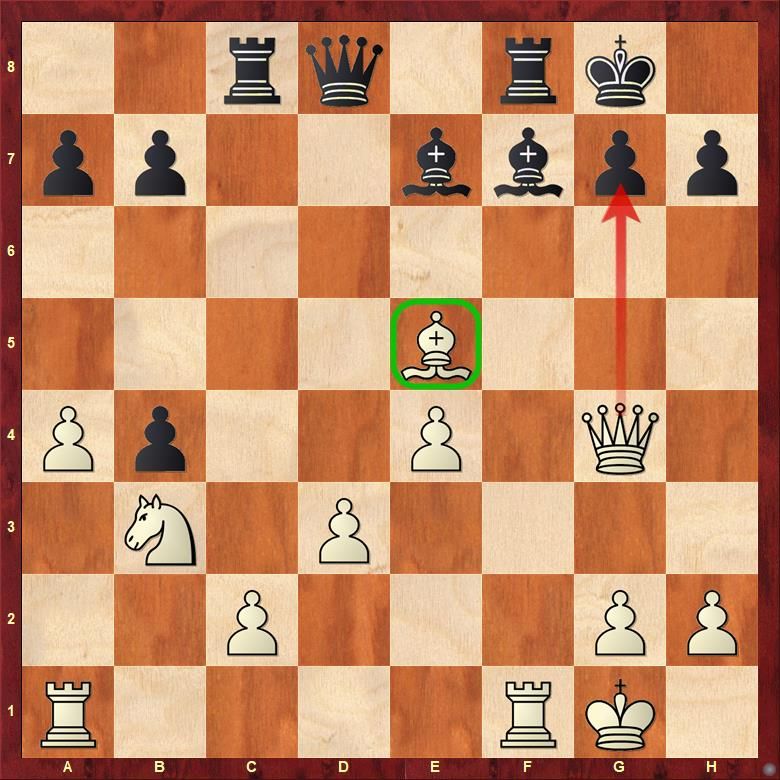 Karthik has threatened a checkmate at g7. Blocking it is the only way to save it... 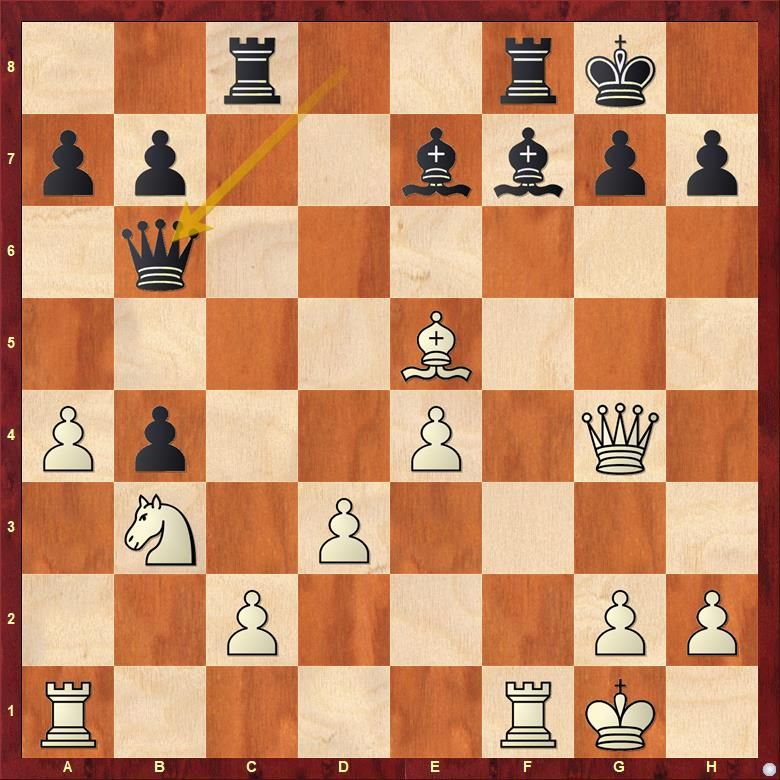 It is evident that Gustafsson is aiming for 23...Qg6 to stop the checkmate 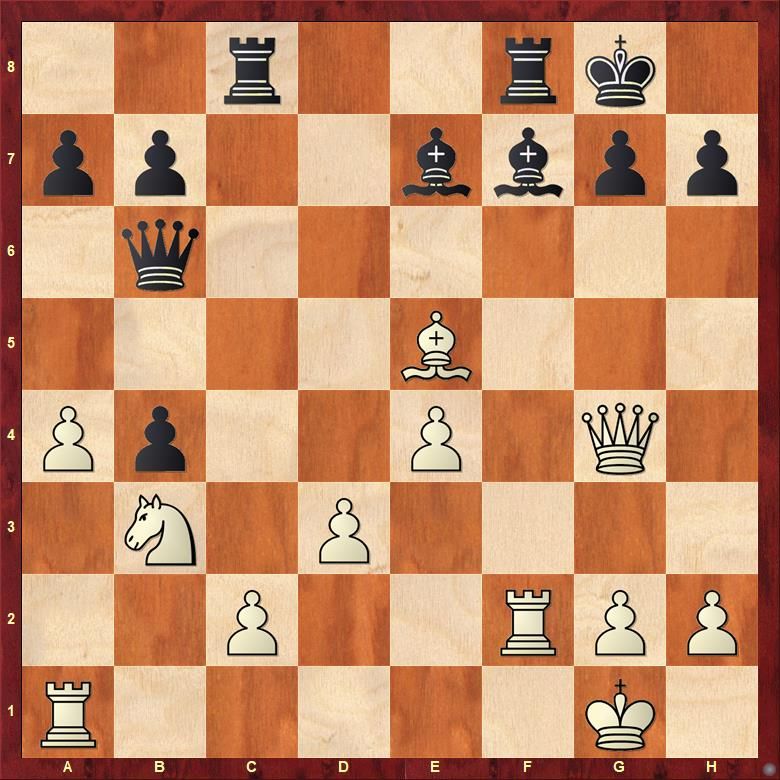 However Karthik just played 23.Rf2 which is a game losing blunder 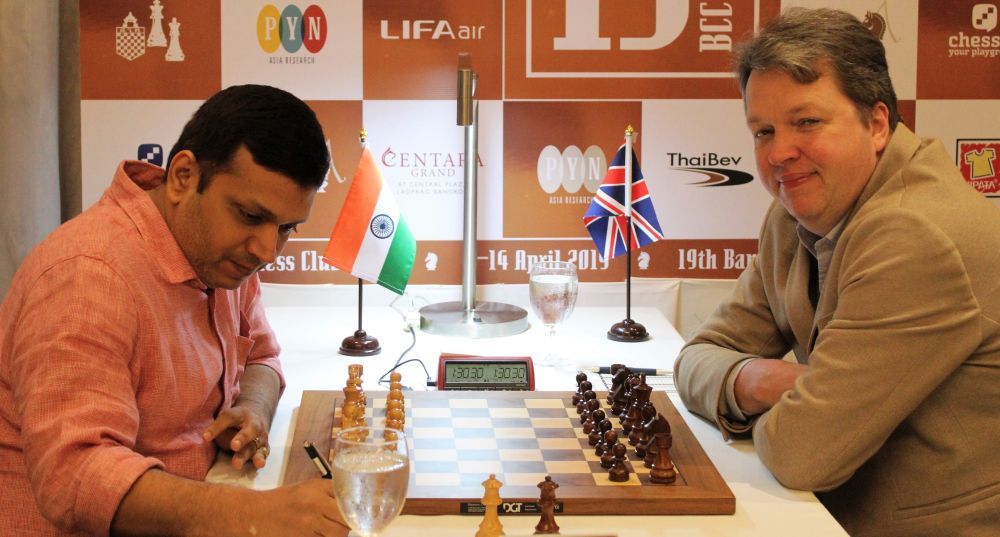 Last time they played in the same tournament was in 2011 where the result was same, Short won. Only this time the colors are reversed | Photo: Shahid Ahmed 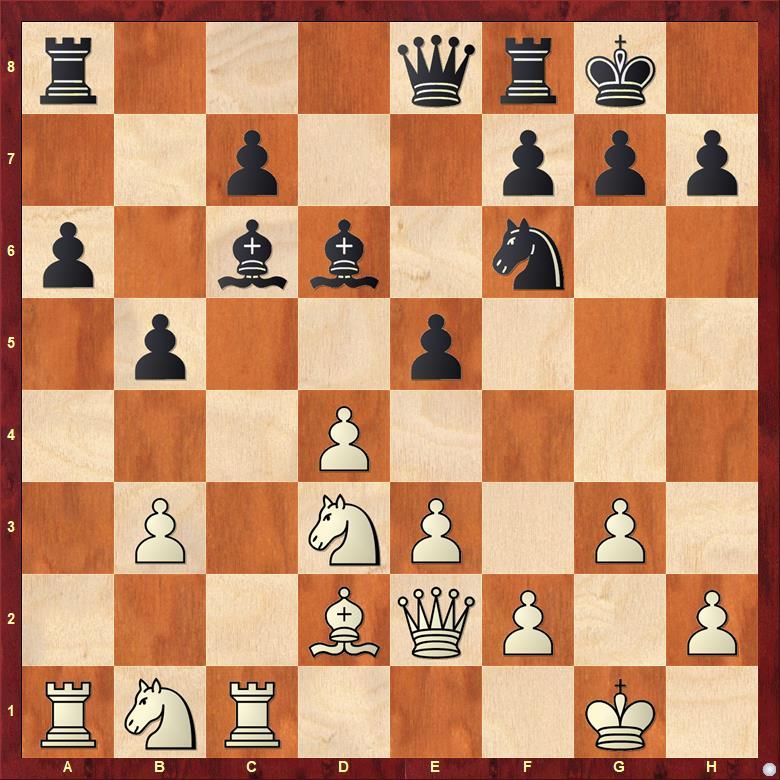 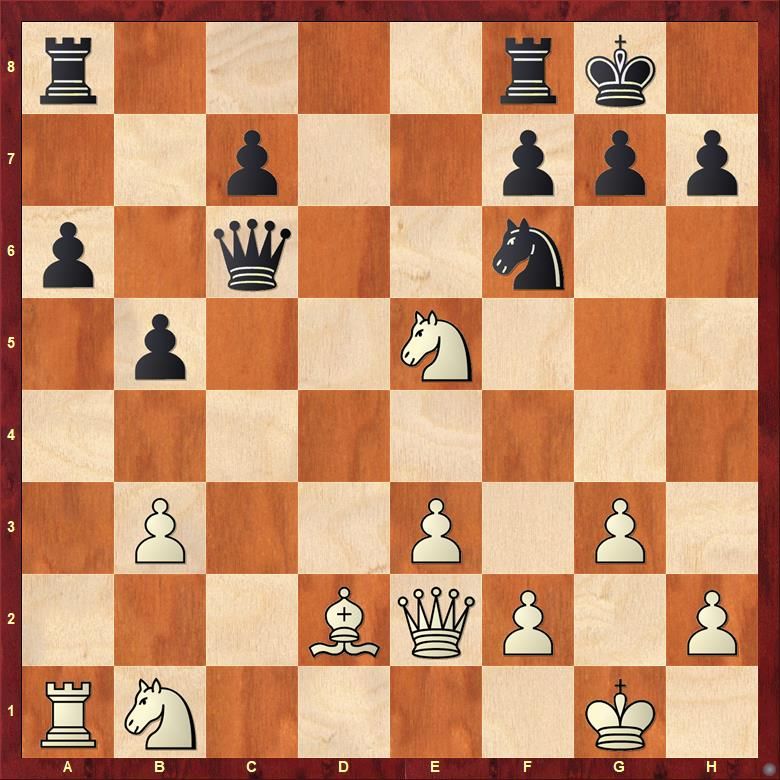 However, Short managed to gain some initiative and found a little trick too. Can you find it? 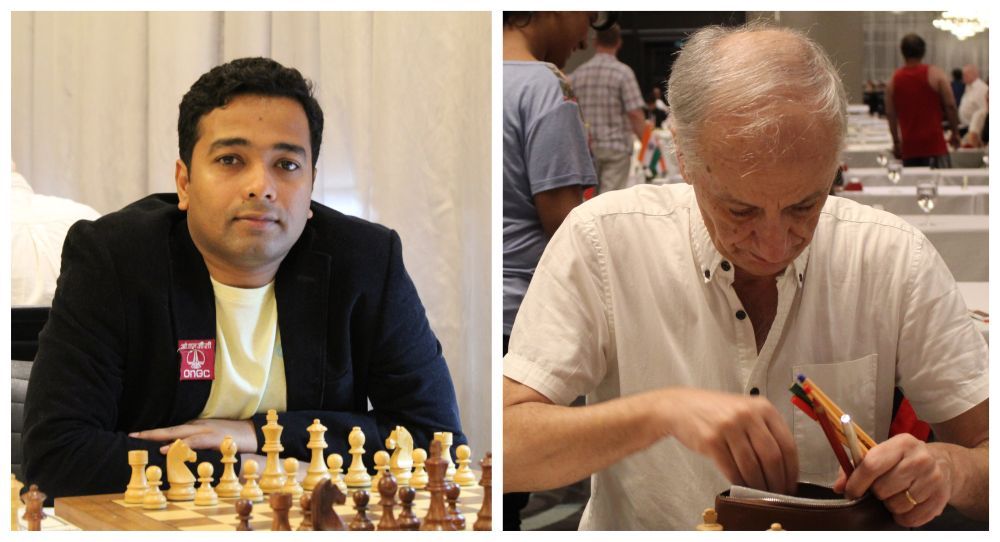 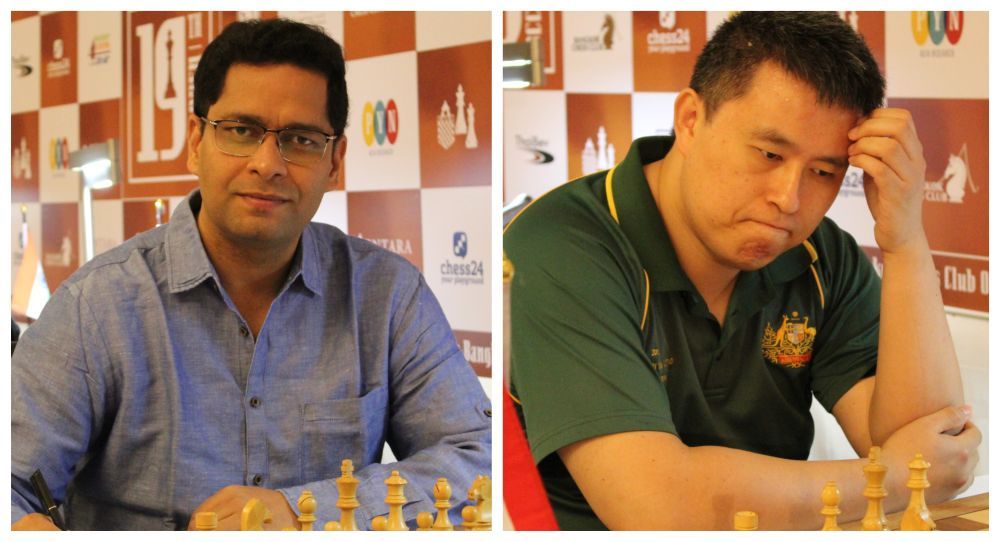 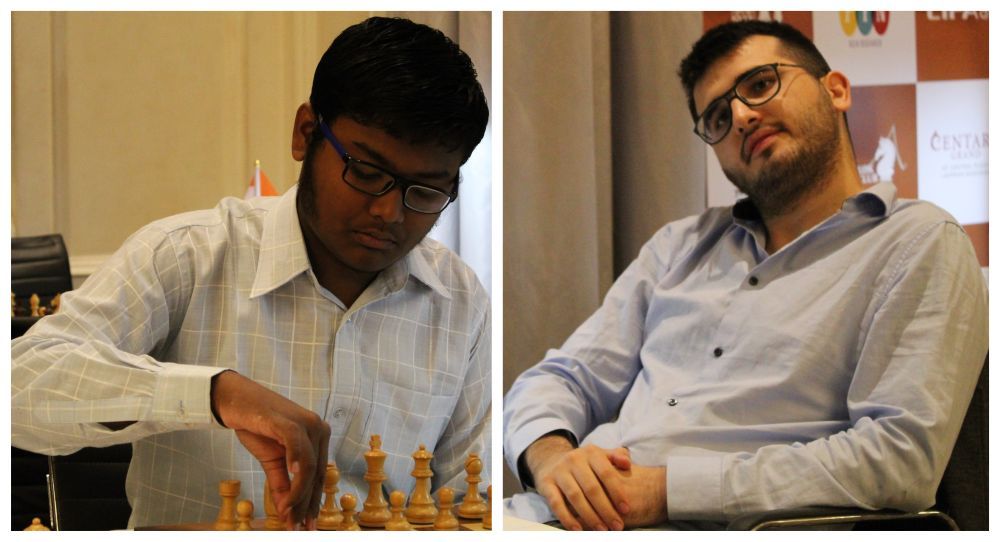 IM Neelash Saha held GM Andrea Stella to a draw in an Opposite Color Bishop ending which lasted for 40 moves | Photo: Shahid Ahmed 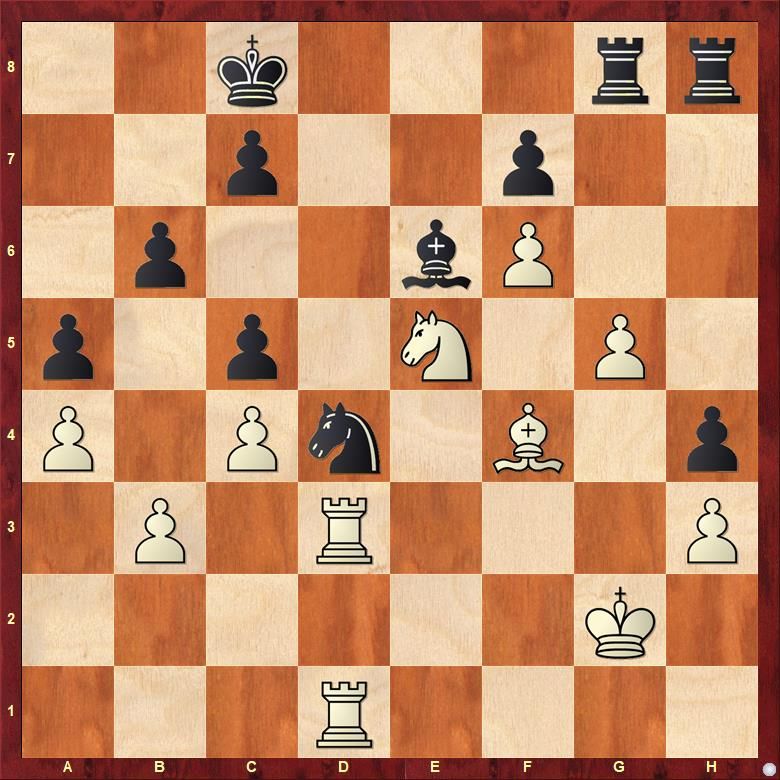 The position is equal. However White can take some chances. How? 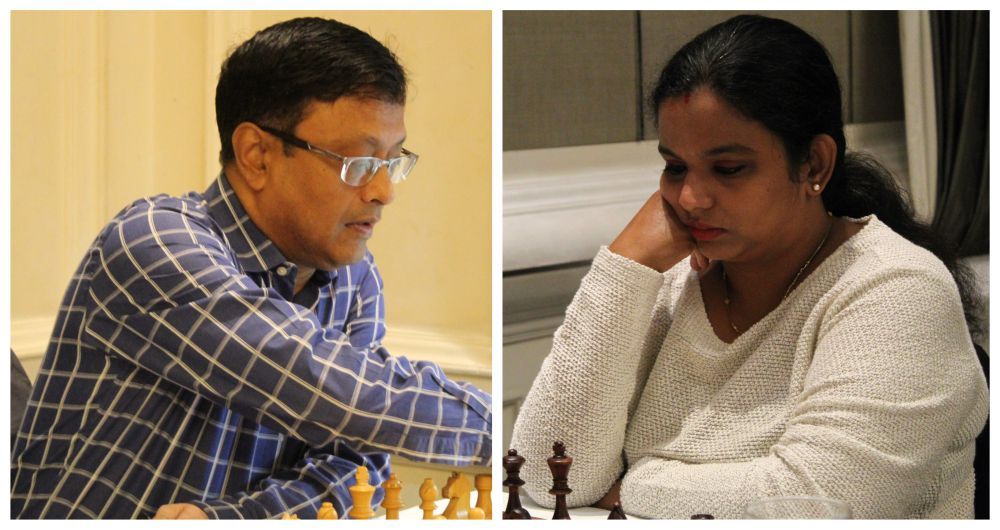 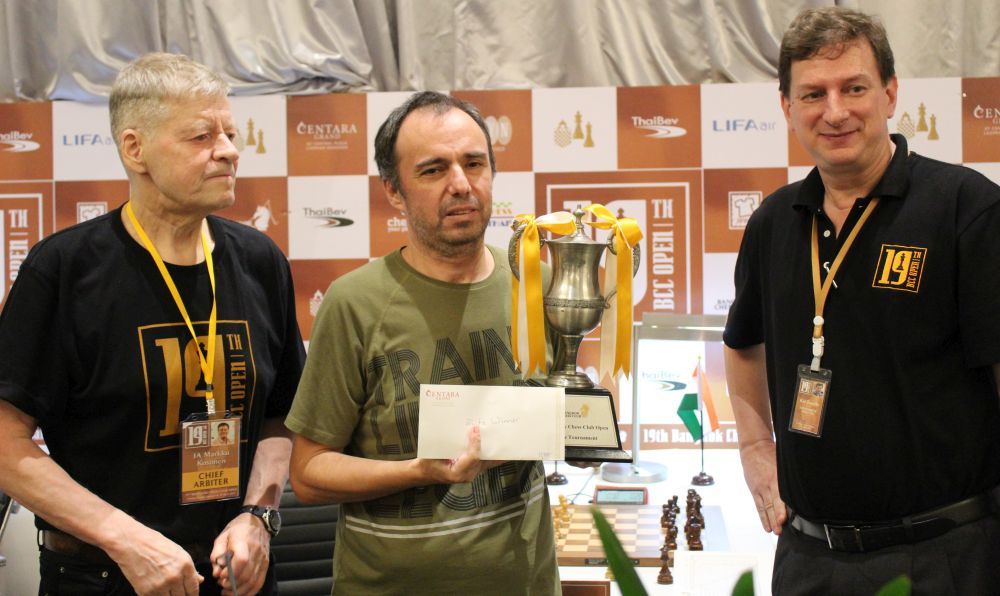 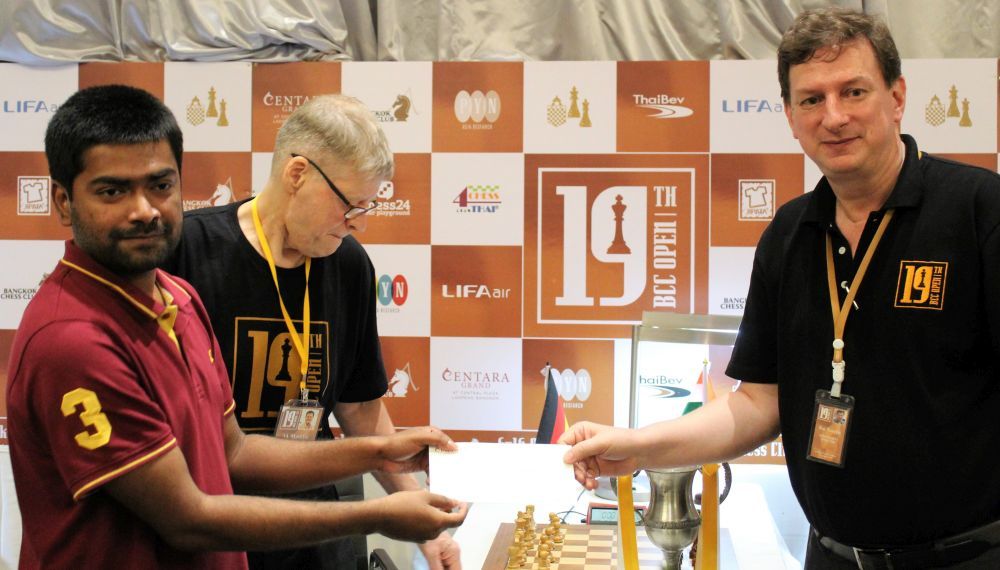 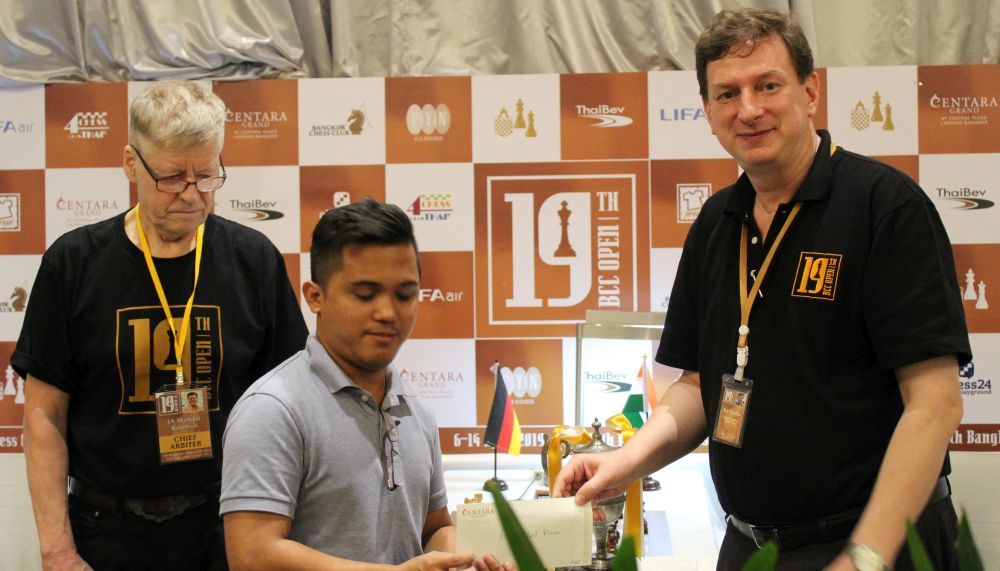 For more photos from the Blitz event, visit here

Hilarious reaction after getting flagged in a winning position with a Queen | Video: Shahid Ahmed
"I like to play Blitz too much" - GM Rodrigo Vasquez Schroeder