PSPB wins National Team 2018 with a round to spare

PSPB wins National Team Chess Championship 2018 in both Open and Women's category with a round to spare. In both sections, PSPB maintainted 100% Match Point. PSPB won both 7th and 8th rounds emphatically when they defeated AAI 0.5-3.5 and whitewashed Odisha-KIIT team by 4-0. PSPB Women's team defeated LIC by small margin 1.5-2.5 but they also whitewashed KIIT-Odisha Women's team by 4-0, replicating Men's team score in the penultimate round. Adhiban remained a spearhead for the men's team scoring 7.5/8, followed closely by Murali scoring 6/7 so far. Among the women, Eesha and Nisha have been the spearheads where both scored 4.5/5 till now. In this report, we bring you photos, games and analysis of round 7 and 8 in open and round 5 and 6 in women's category. 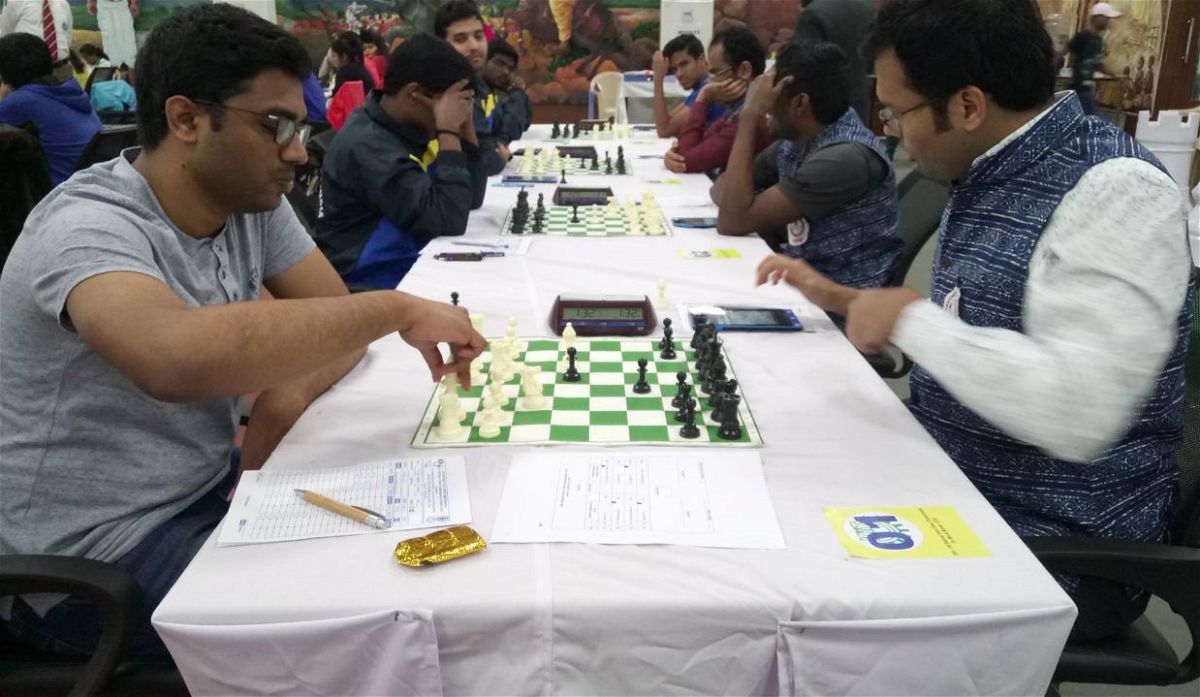 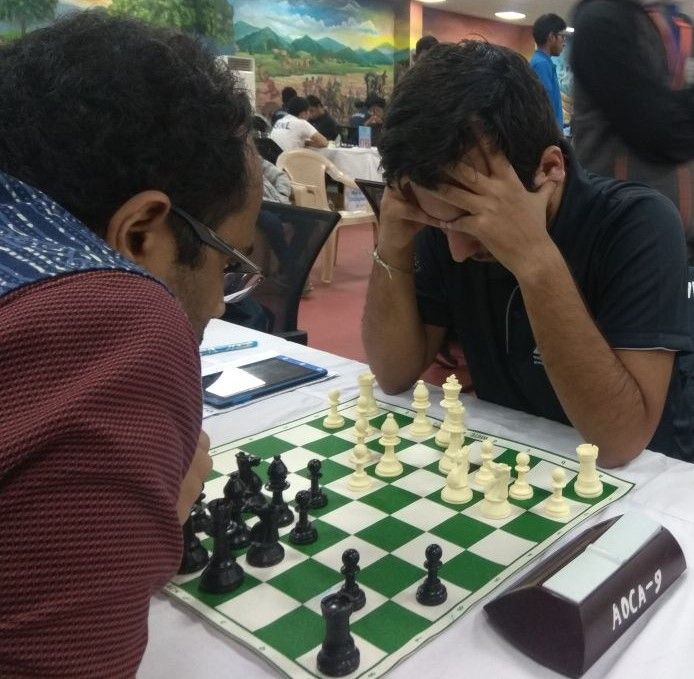 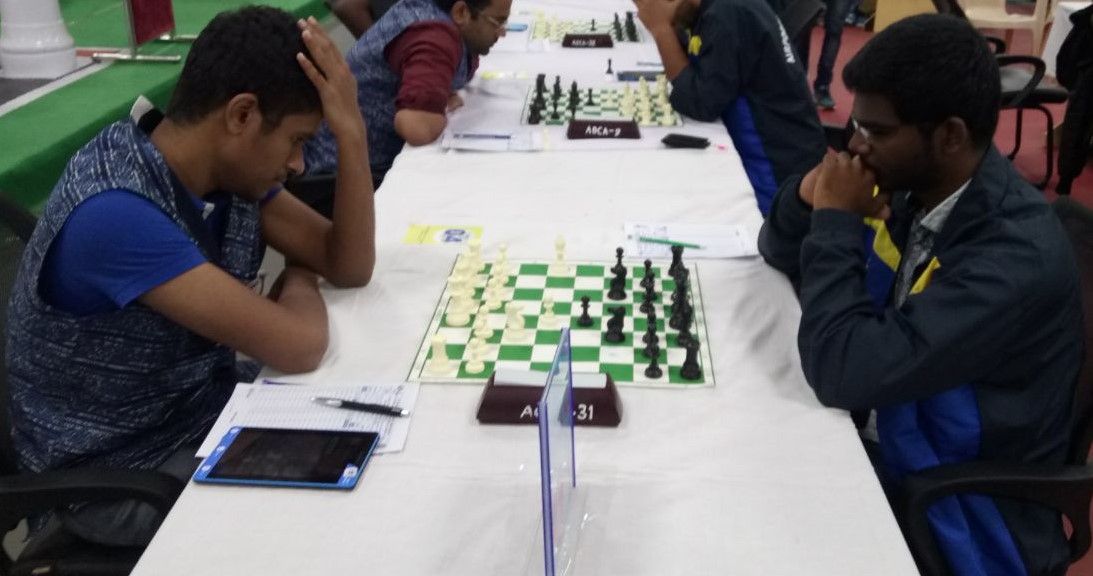 In Anti-King's Indian System, GM Sriram Jha made a tactical error when he played 27.Rxd7 and sealed his fate. IM S Nitin capitalized on the error and won the game in the next 5 moves 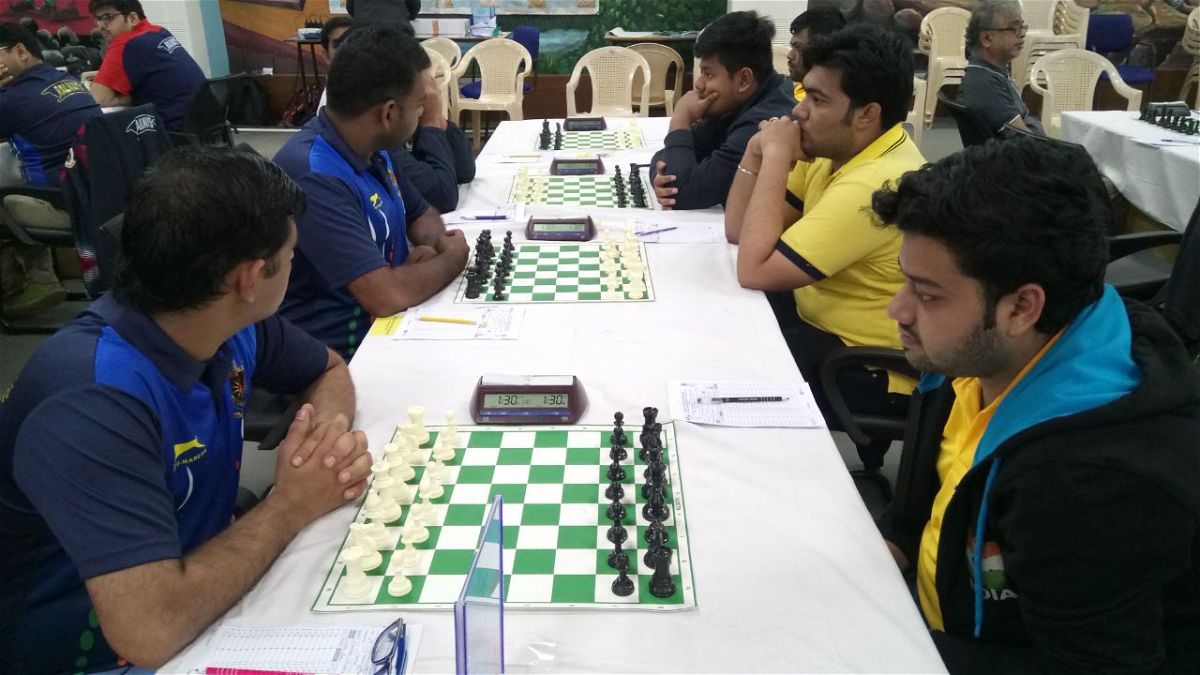 Arpan Das got clear advantage out of the opening in Albin Counter Gambit against GM Shyam Sundar of RSPB-A. However castling on the wrong side cost him the advantage, later he grabbed another pawn in the middle game with 19.Bxd4 and missed a decisive advantage when he played 27.gxh6 instead of Rd7 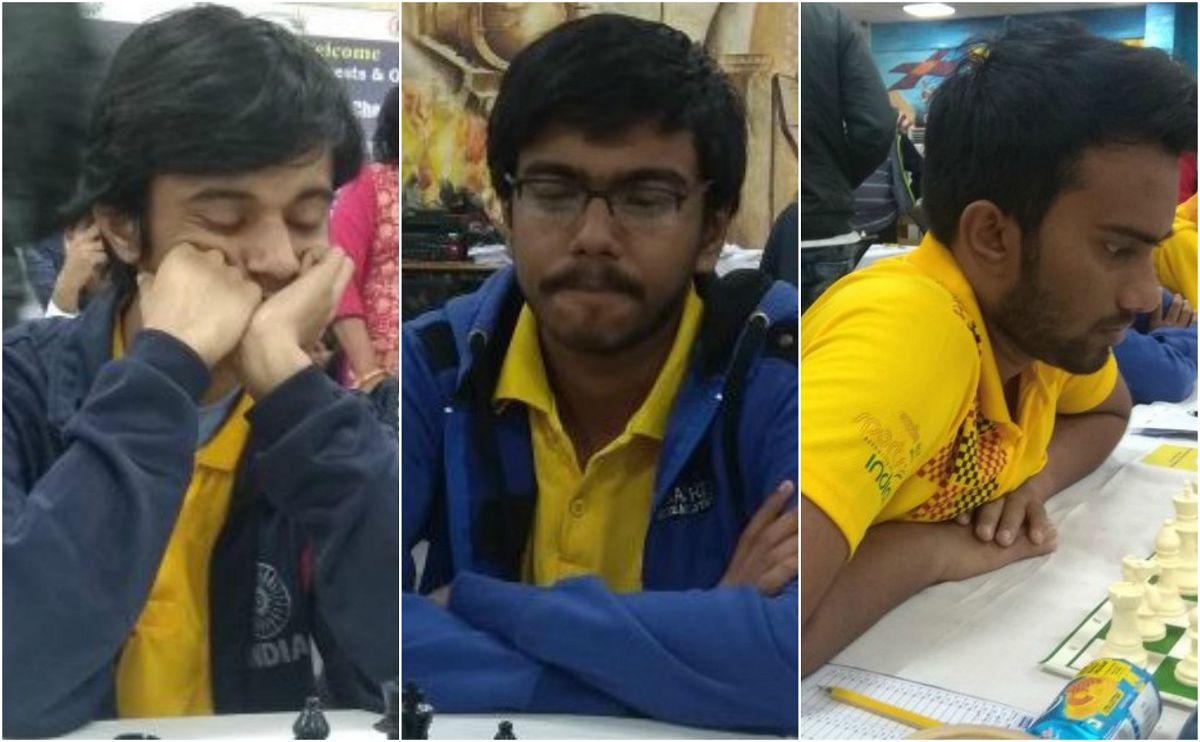 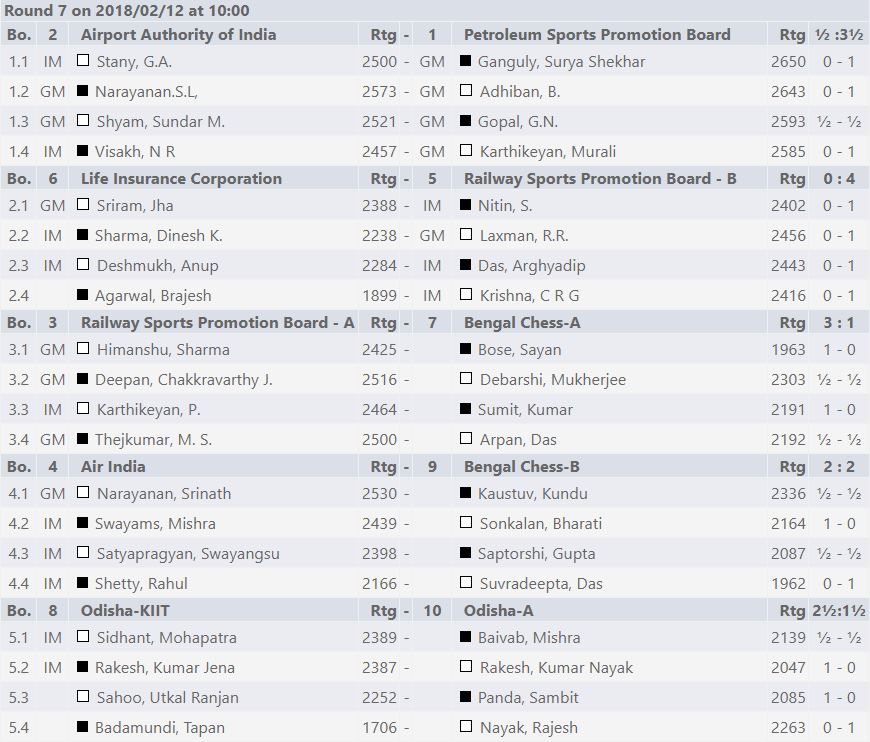 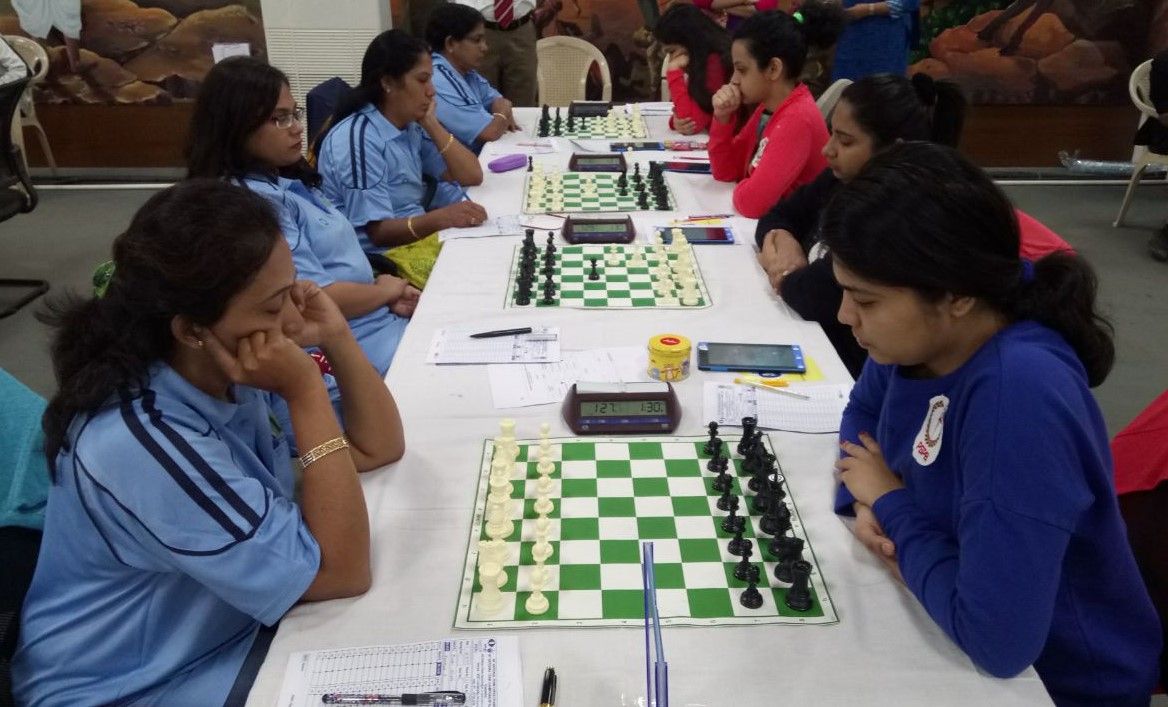 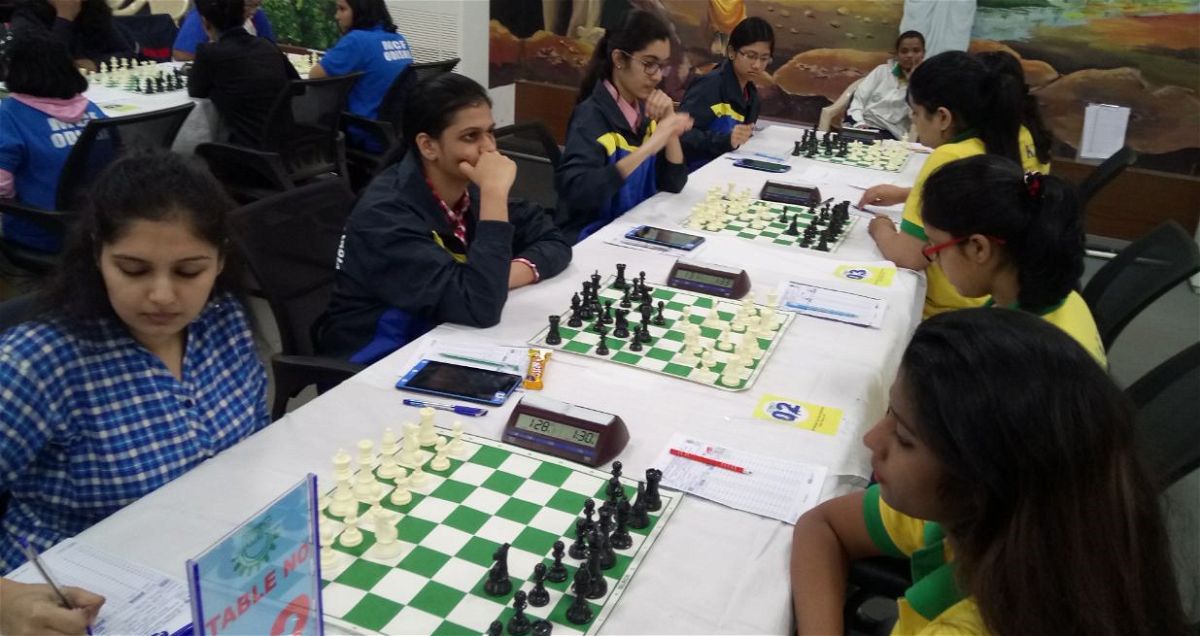 Team AAI defeated Team Odisha-KIIT by 3.5-0.5, WFM Salonika Saina was the only one to score for her team as she drew with WIM Parnali Dharia 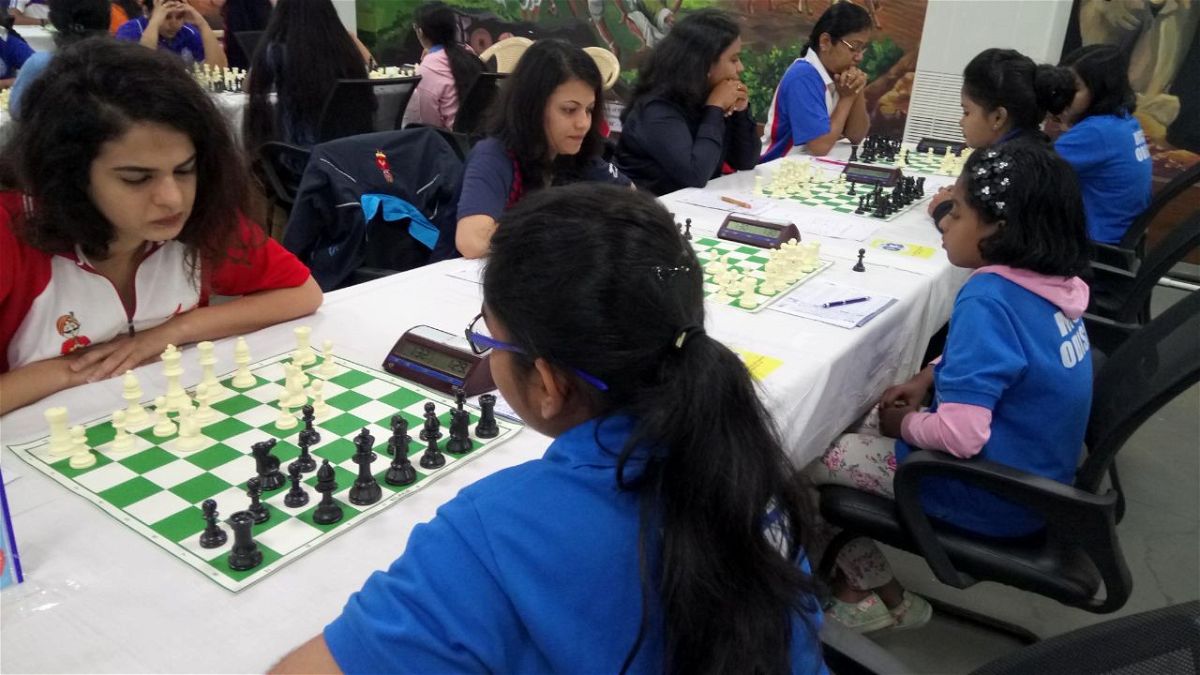 Team Air India defeated Team Odisha MCF-5 by 3.5-0.5, Yashaswini Sarangi is the only player to score for her team as she drew with WGM Aarthie Ramaswamy 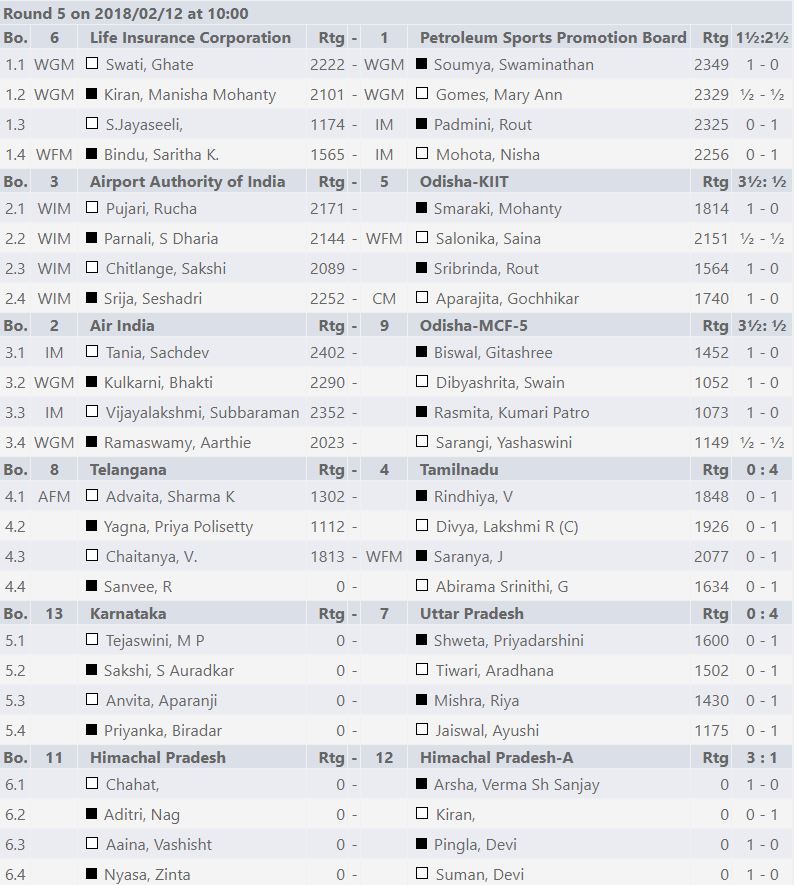 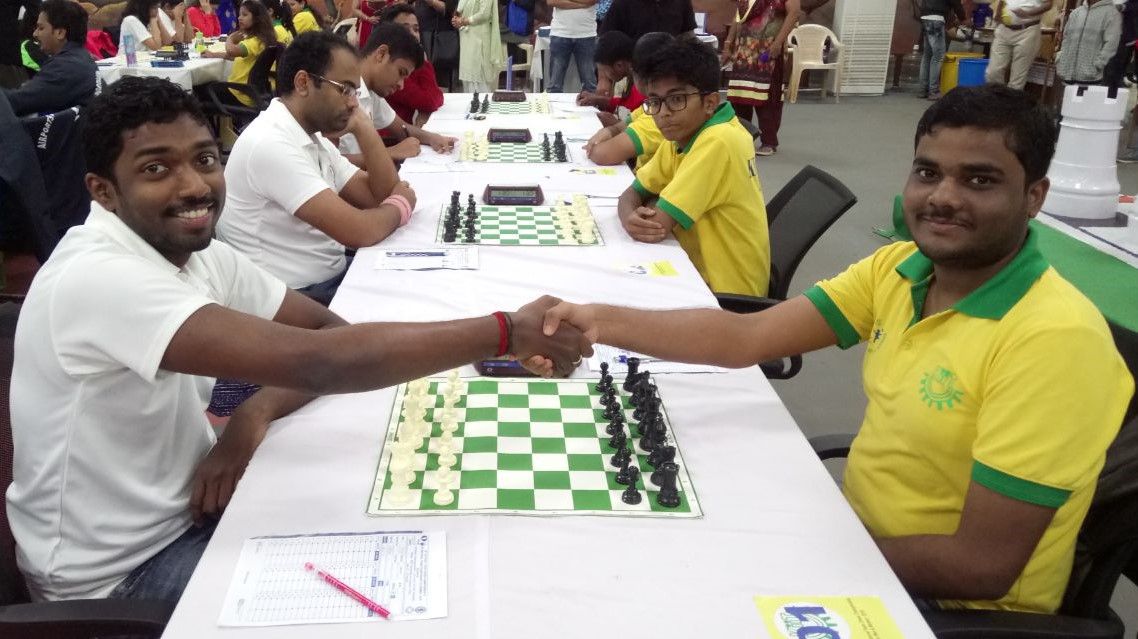 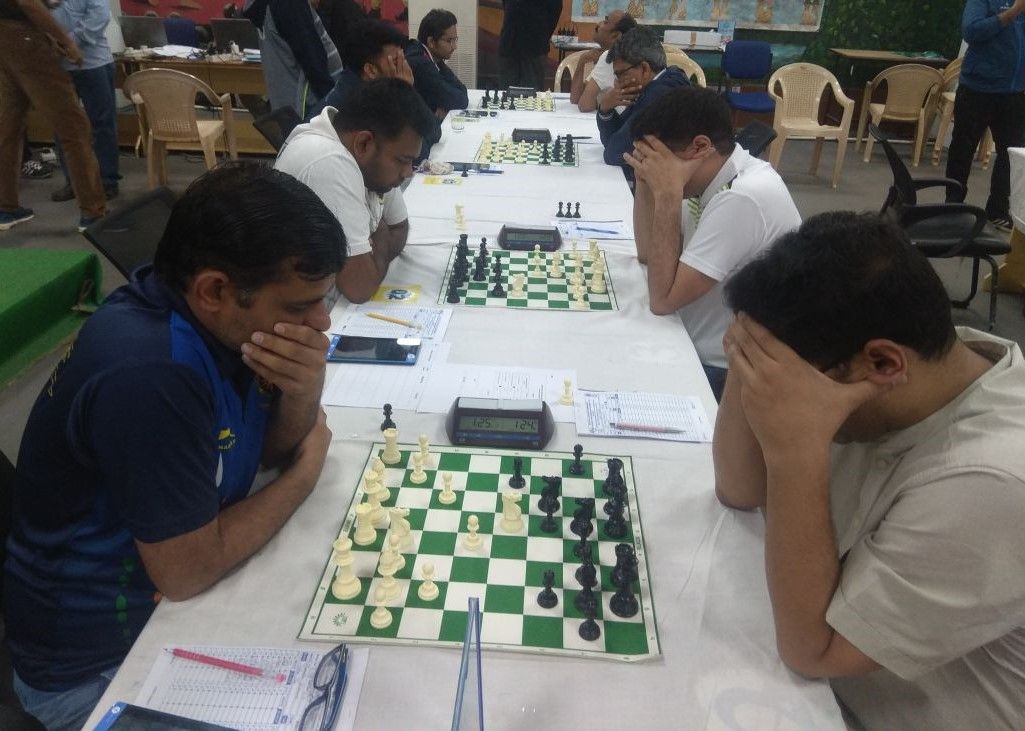 Team RSPB-A defeated Team LIC by 3.5-0.5, only GM Sriram Jha scored for his team by drawing with GM Himanshu Sharma 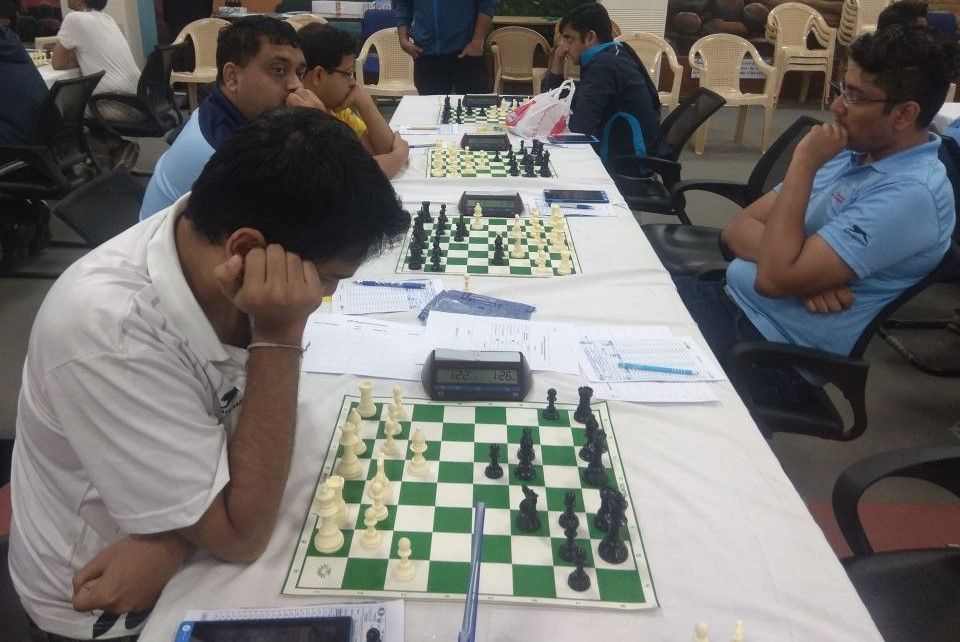 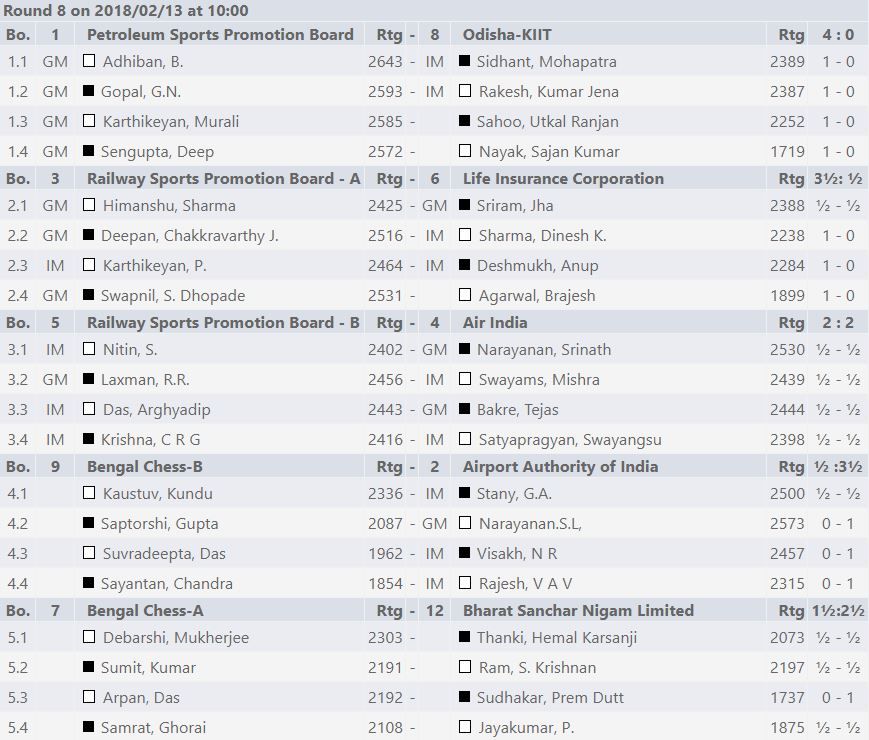 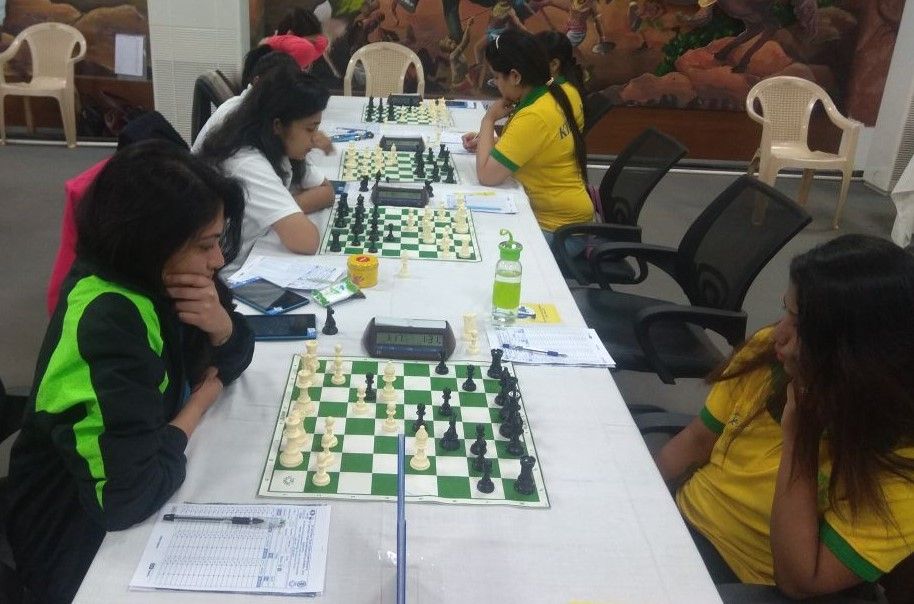 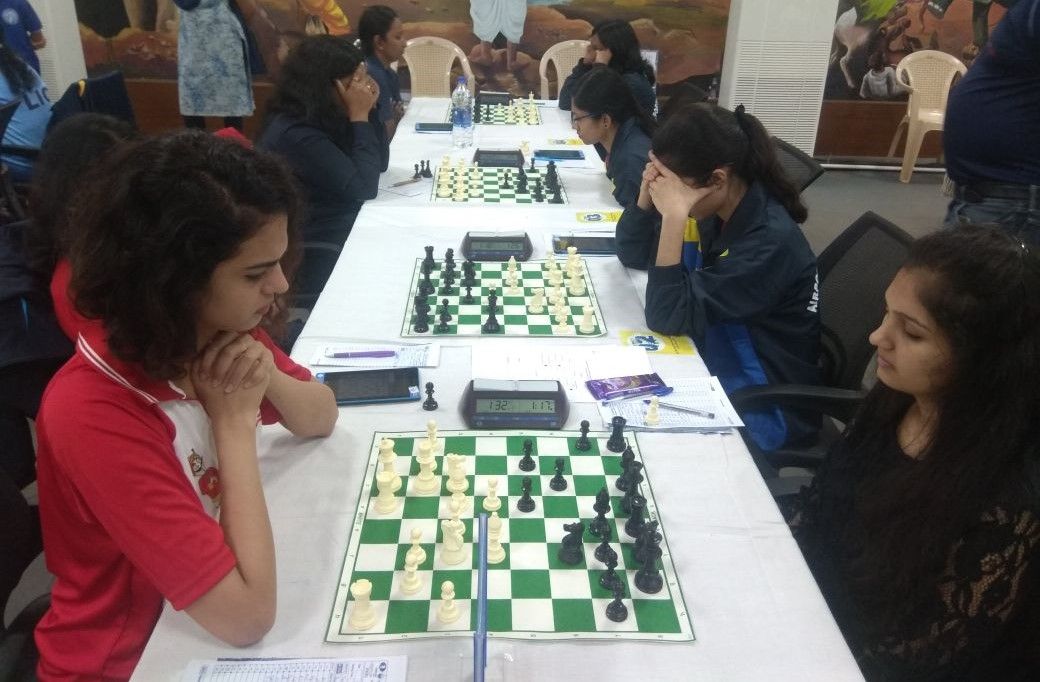 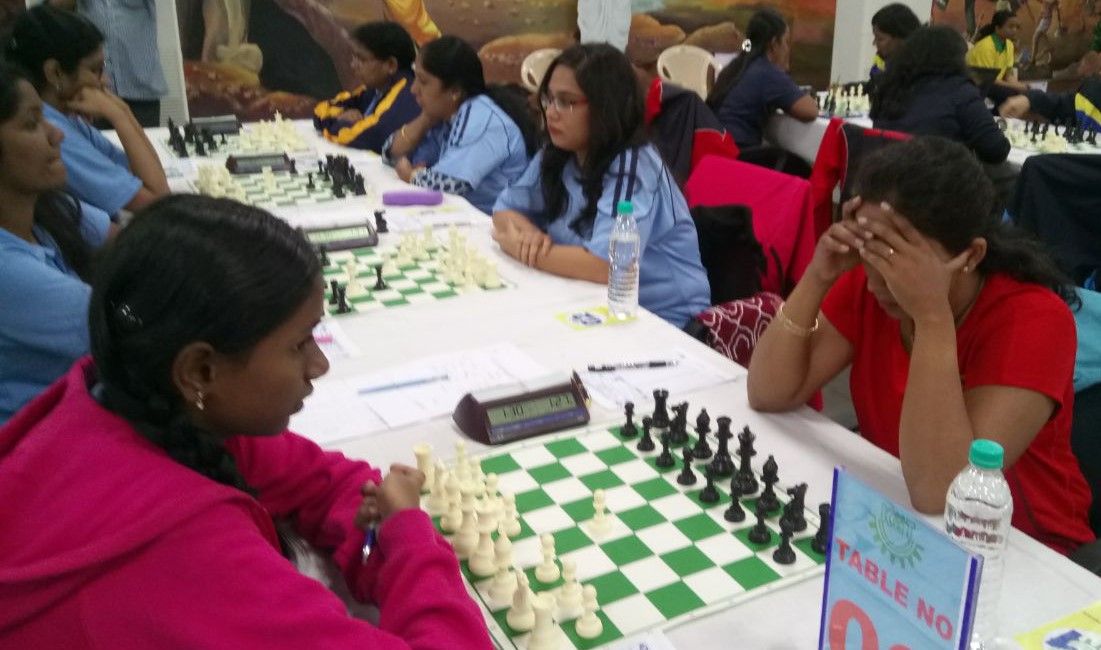 Open category standings after the penultimate round

Women's category standings after the penultimate round