PSPB reigns supreme in both open and women section of 38th National Team and 16th National Team Championship for Women 2018 at the end of round 4 and 3 respectively. In open category, RSPB-A drew with RSPB-B, AAI defeated Odisha-A asnd Sports Control Board lost to LIC. GM M Shyam Sundar was held to a draw by 14-year old Sambit Panda of Odisha-A. Among women, AAI lost to PSPB, Air India whitewashed Punjab and Tamil Nadu defeated Odisha-KIIT. WIM Srija Seshadri of AAI defeated WGM Mary Ann Gomes of PSPB. The report contains games, analysis and photos from round 4 in open category and rounds 3 in women's category. Photos by IA Gopakumar Sudhakaran 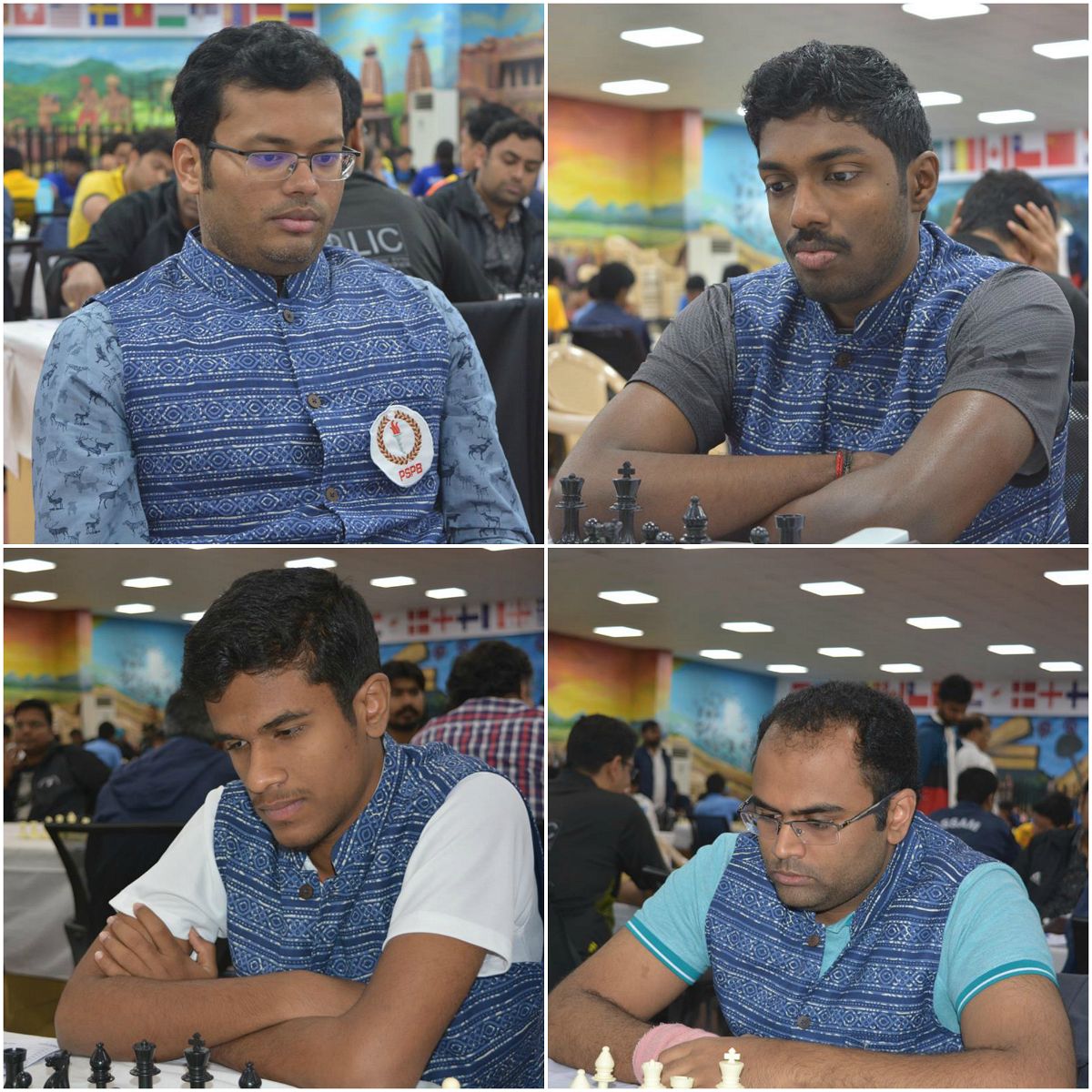 PSPB defeated Air India by 3-1 and took a sole lead after the end of round 4 | Photo: Gopakumar Sudhakaran 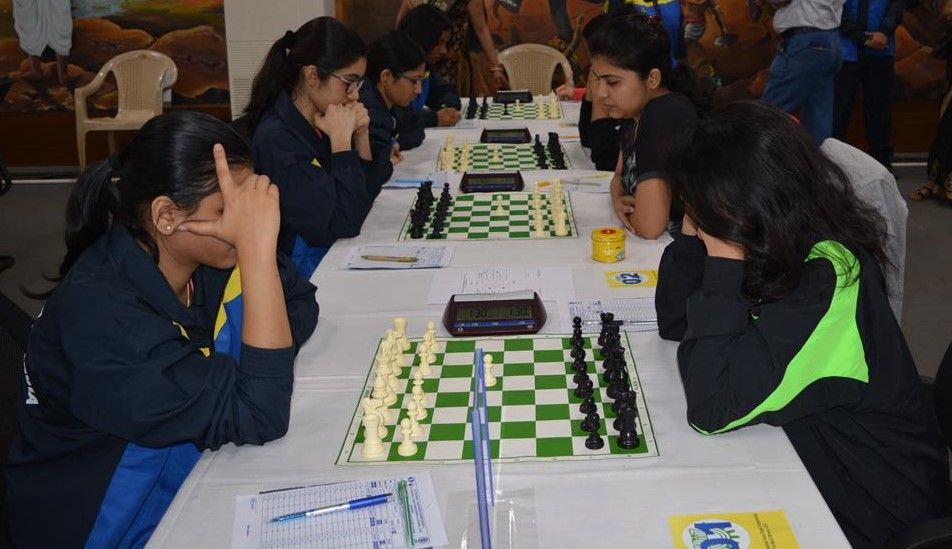 In a Classical Caro-Kann Defence, WIM Sakshi Chitlange of AAI allowed WGM Soumya Swaminathan to have some chances with 24.g5 but she chose to play 24.Rc1 instead, which turned things in favor of Sakshi. However both settled for a perpetual draw in a Queen ending eventually.

IM Padmini Rout of PSPB defeated WFM V Varshini of AAI by maneuvering her King beautifully throughout the endgame which gave her a huge advantage. 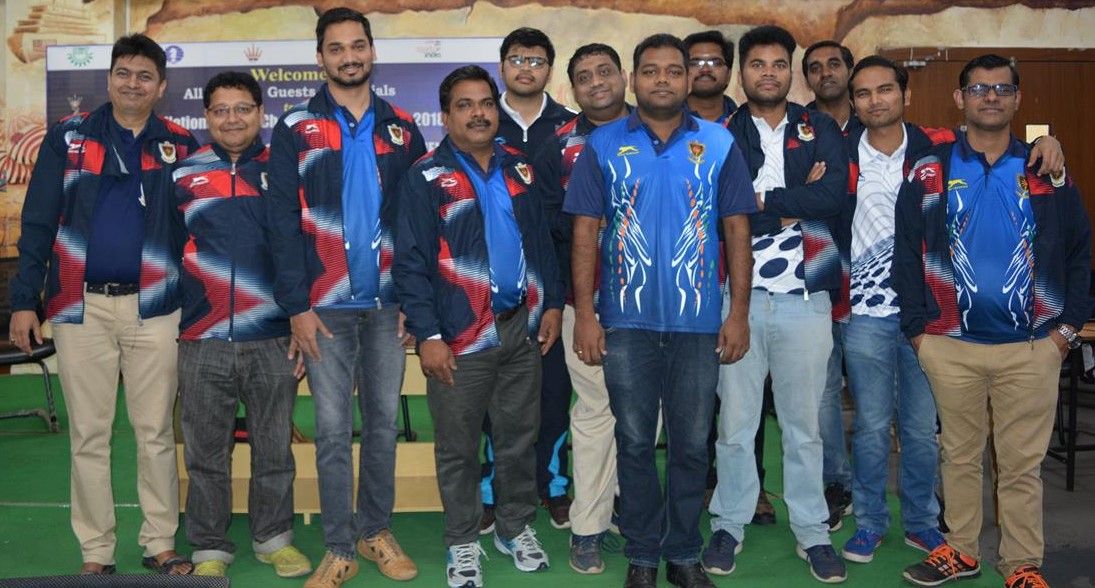 RSPB maintains harmony on and off the board as RSPB-A drew all their games with RSPB-B (2-2) | Photo: Gopakumar Sudhakaran 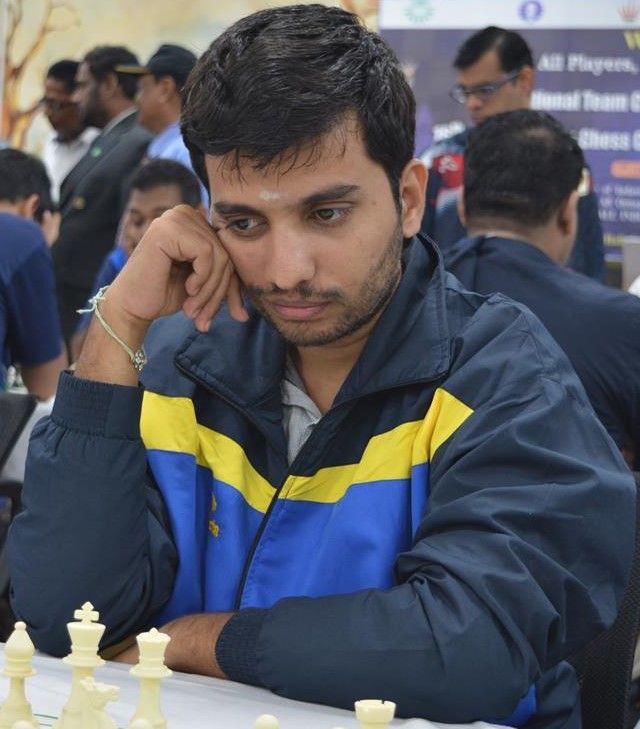 Despite getting good winning chances (32...Rd8), the 14-year old boy Sambit Panda of Odisha-A was unable to capitalize as he lacked experience against GM Shyam Sundar of AAI in Caro-Kann Exchange Variation and Panov-Botvinnik Attack.

Air India soared to second position after the end of round 3 as they whitewashed Punjab 4-0 | Photo: Gopakumar Sudhakaran 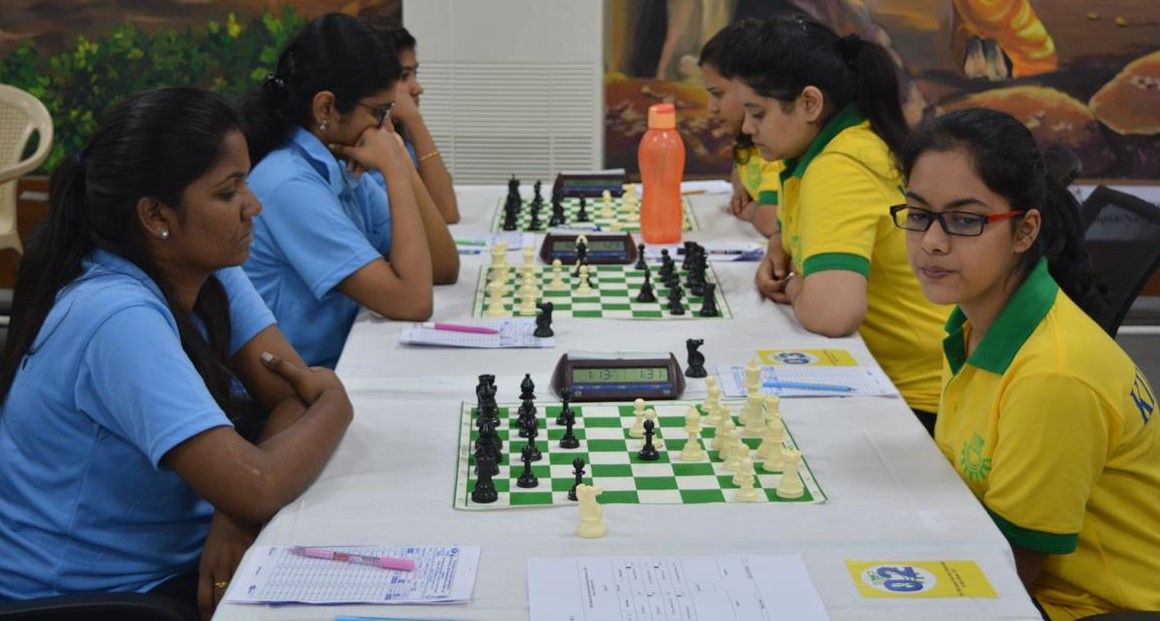