The biggest chess tournament of Central India, Bhopal International GM Open 2019 started yesterday. All seeded titled players scored an easy win in round 1. There will be two rounds on the second day and the games will get more interesting. Before the first round, the tournament had an inauguration ceremony on a custom made chess table. First lighting of the lamp and then an inaugural move was made to mark the ceremonial start of the tournament. Total 250 players from 15 countries including 10 GMs, 7 IMs, a WGM and a WIM are taking part in this eight-day 11 rounds Swiss league event. Photo: Niklesh Jain 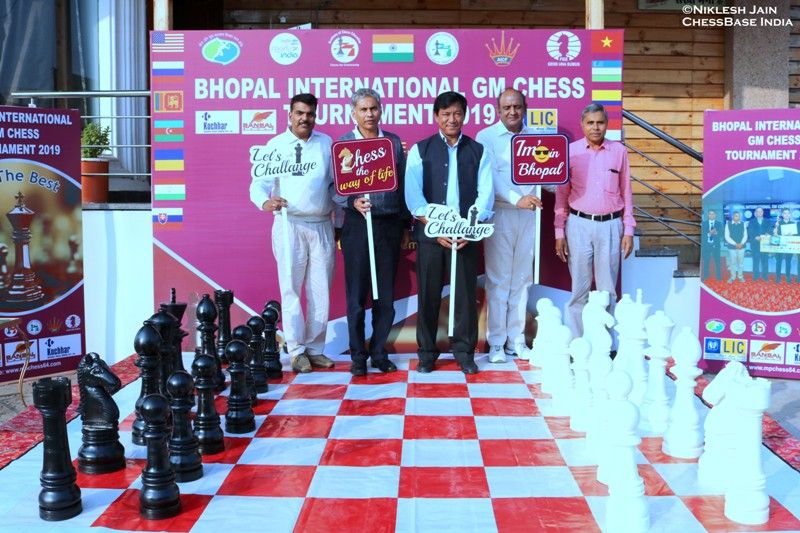 As soon as you enter the venue, you will find the giant chess board which attracts all chess lovers | Photo: Niklesh Jain 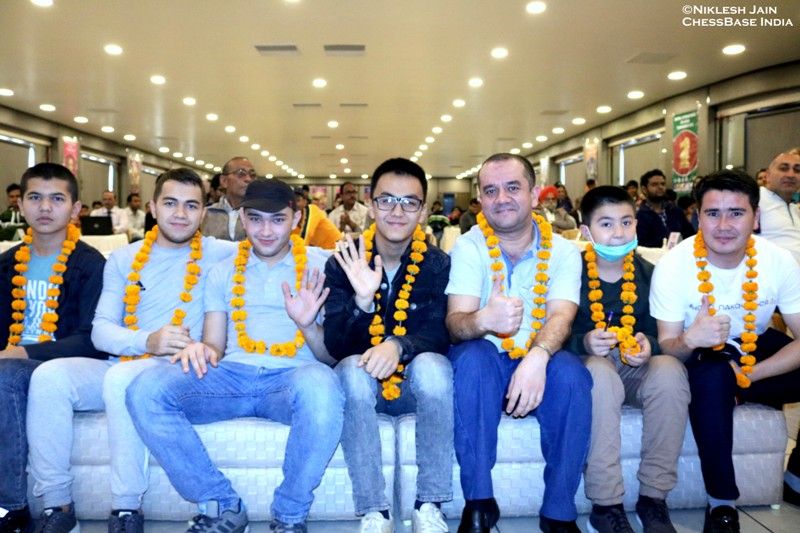 All foreign players and guests were given a flower garland each | Photo: Niklesh Jain

The tournament is organized under the aegis of Madhya Pradesh Chess Association, Department of Sports and Youth Welfare and the Academy of Chess Education. 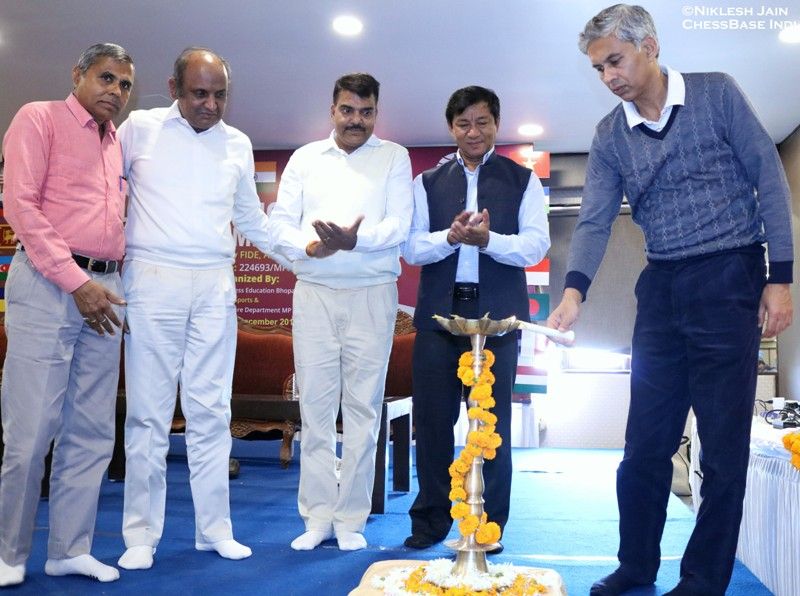 Lighting of the lamp at the inauguration ceremony | Photo: Niklesh Jain

The inauguration ceremony started with the traditional lighting of the lamp. Chief Guest of the occasion Mr. Anurag Jain said that strong Grandmasters coming from abroad and playing at Bhopal is a very big thing. On behalf of Sports Youth Welfare Department, Dr. S L Thoessen expressed happiness in the popularization of the tournament and wished the best to all the players. 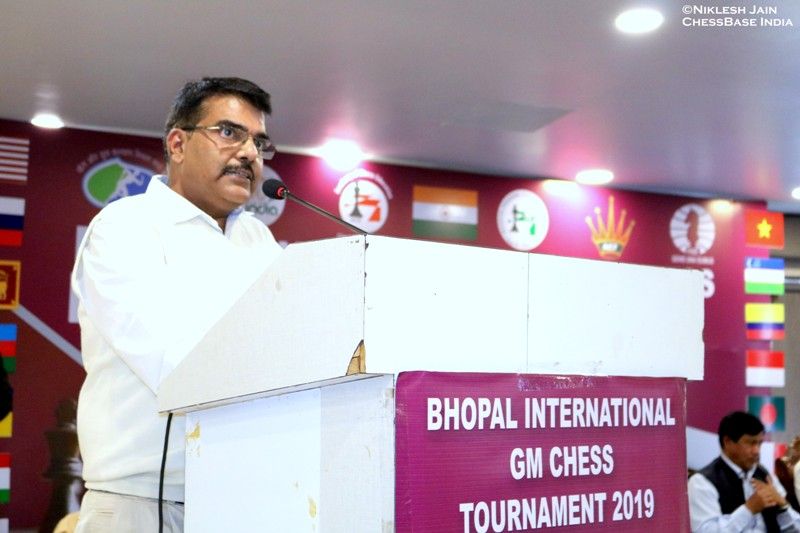 Organizing Secretary Kapil Saxena thanked all the parents for their dedication their children | Photo: Niklesh Jain 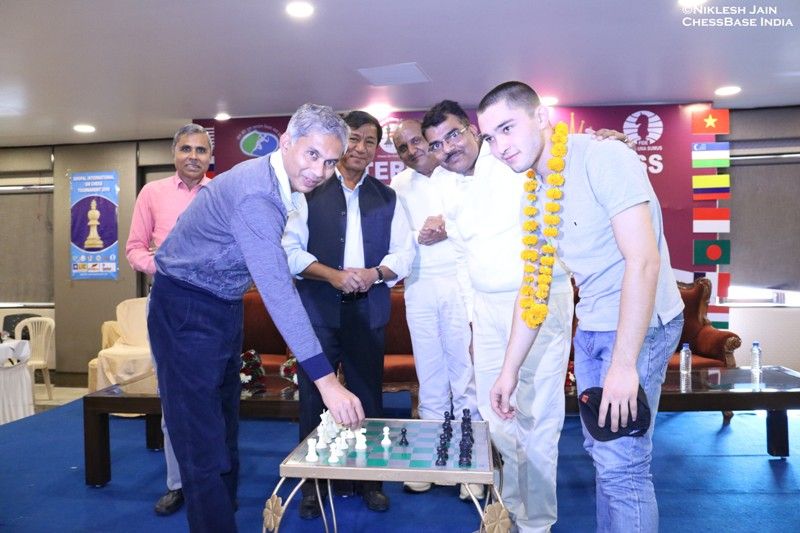 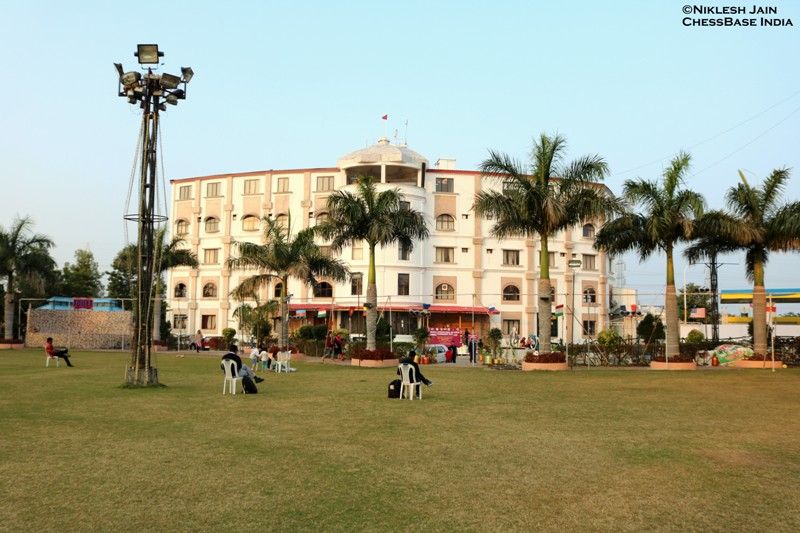 All top seeded titled players make a smooth start on the first round. 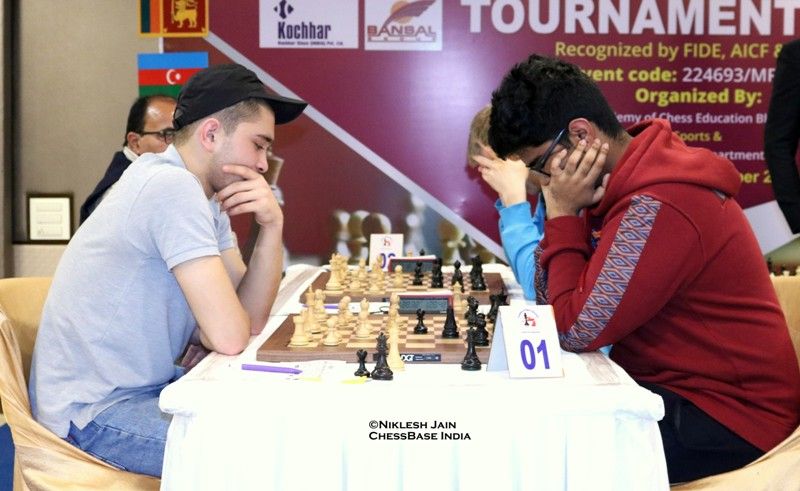 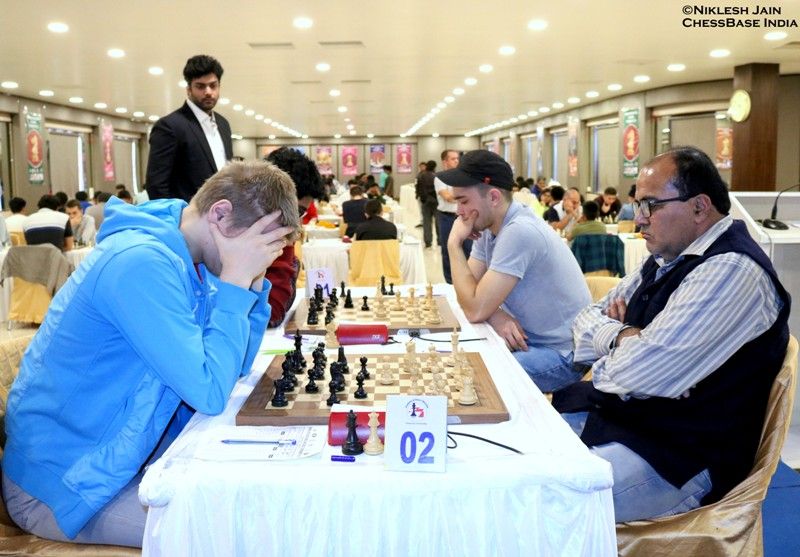 Jagdish Narang of Madhya Pradesh might have lost his game against second seeded Ukrainian GM Stanislav Bogdanovich, however he was delighted with the opportunity to play against him 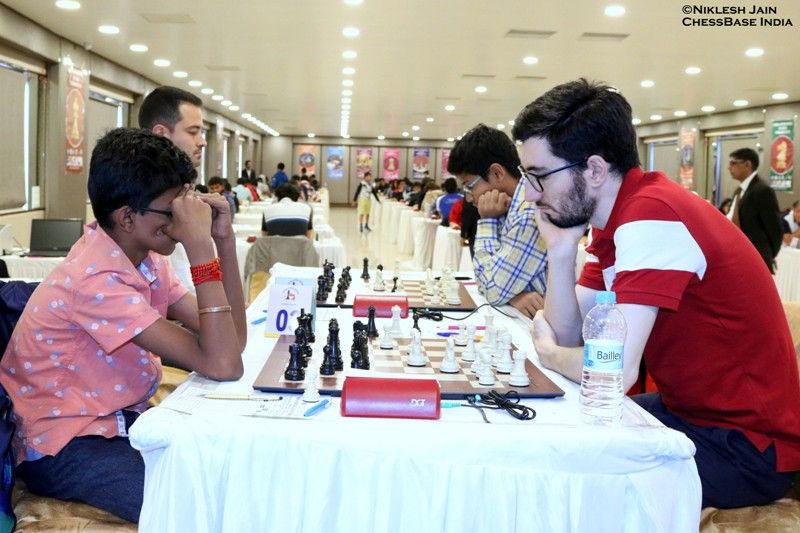 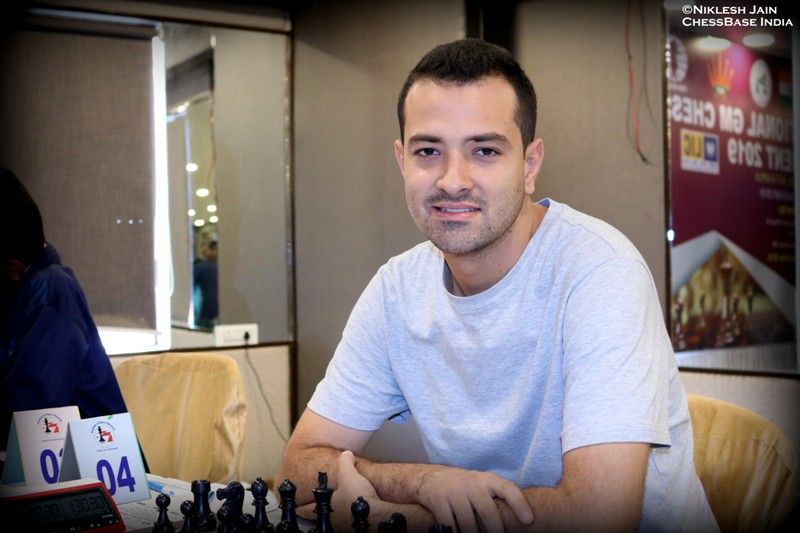 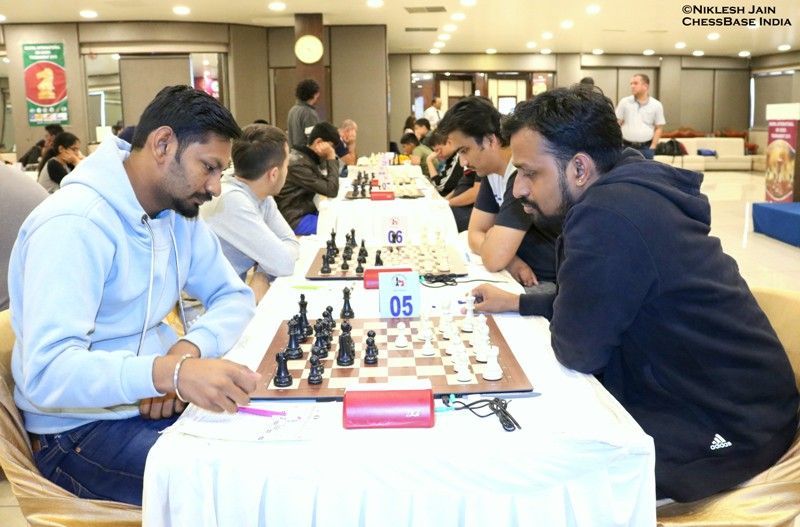 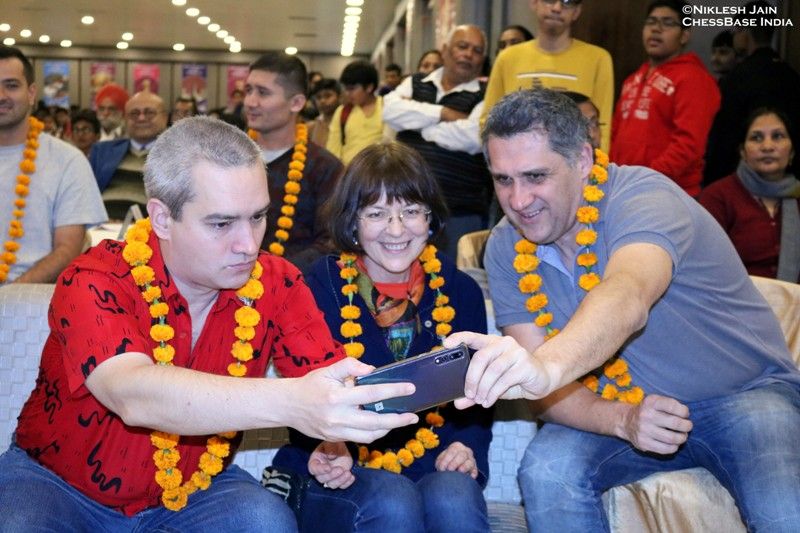 For foreign players, a small effort related to Indian culture is also very special and this is the beauty of India | Photo: Niklesh Jain 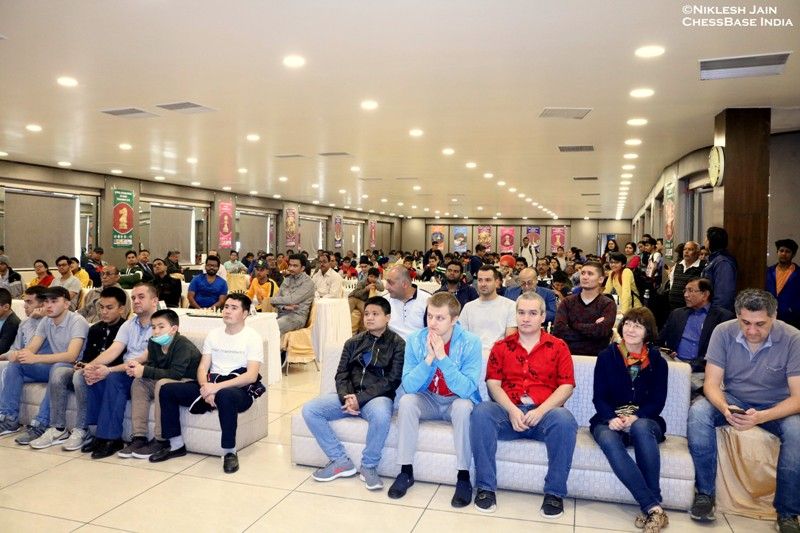 Players at the inauguration ceremony in the world class tournament hall 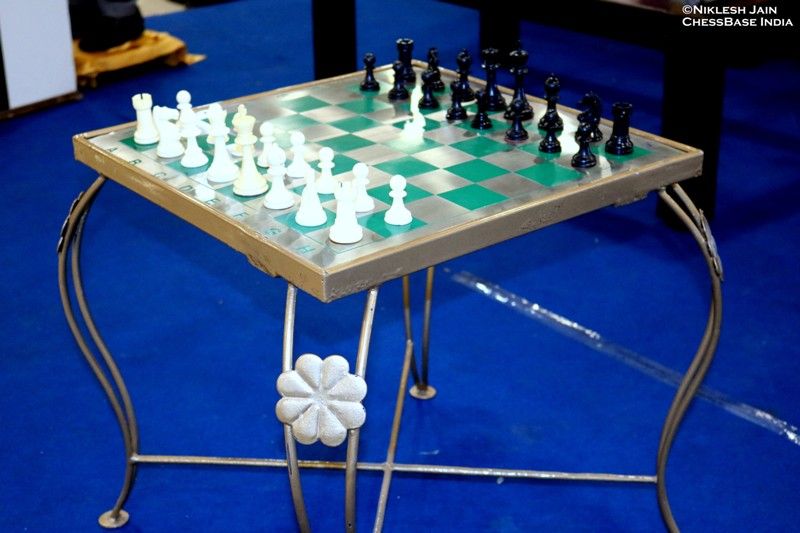 Would you like to bring this special chess table to your home? Well this was made according to the concept of the organizing secretary Kapil Saxena, the inaugural first move was played on the same board | Photo: Niklesh Jain 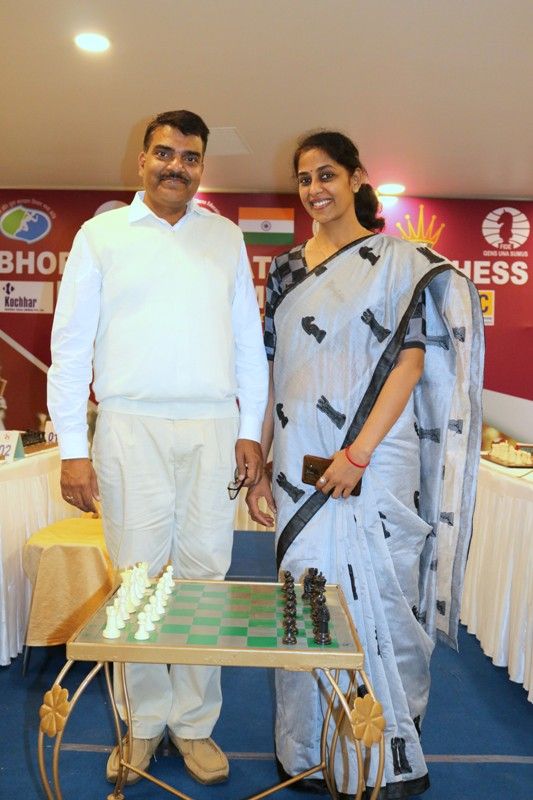