GM Stanislav Bogdanovich of Ukraine took a sole lead with six consecutive wins after round 6 of Bhopal International GM Open 2019, the biggest international tournament of Central India and now he will face Uzbekistan's top seed Nodirbek Yakubboev in round 7. This match can prove to be extremely decisive. The defeat of Venkatesh M R in the sixth round was a setback for India. 17-year-old Shivansh Tiwari emerged as the new sensation of Madhya Pradesh. In the last three rounds he scored some upset victories and is currently at 5.0/6 points. Currently he has topped the state's players. Bhopal International GM Open will have a Blitz tournament today. Report of rounds 4, 5 and 6. Photo: Niklesh Jain

Bhopal International GM Open 2019 has completed halfway. From now on there will be one round everyday. The last four rounds will determine who will win the tournament. Everyone is eagerly waiting to see if an Indian can win it this time. Let's take a look at round 4,5 and 6. 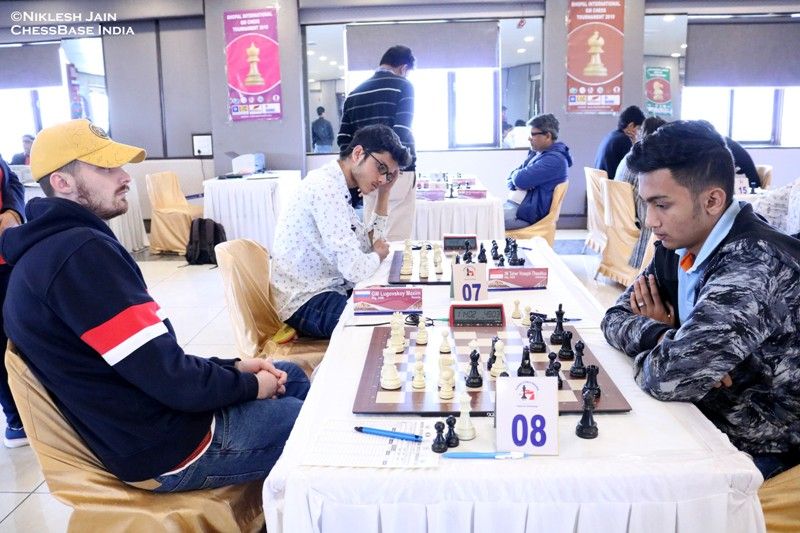 17-year-old Shivam Tiwari of Madhya Pradesh has surprised everyone with his performance. Rated 1770, Shivansh started with five consecutive wins at a performance rating of 2650 and he was gaining 117 Elo rating points. Shivansh defeated Sapaev Maksad (2250) of Uzbekistan in round 4. In the next round, he defeated experienced Russian GM Maxim Lugovskoy (2466) with the black pieces and shocked everyone.

Shivam opted for Caro-Kann Defence with the black pieces and won his game with a fantastic play in just 24 moves. This was also the first game to finish in round 4. 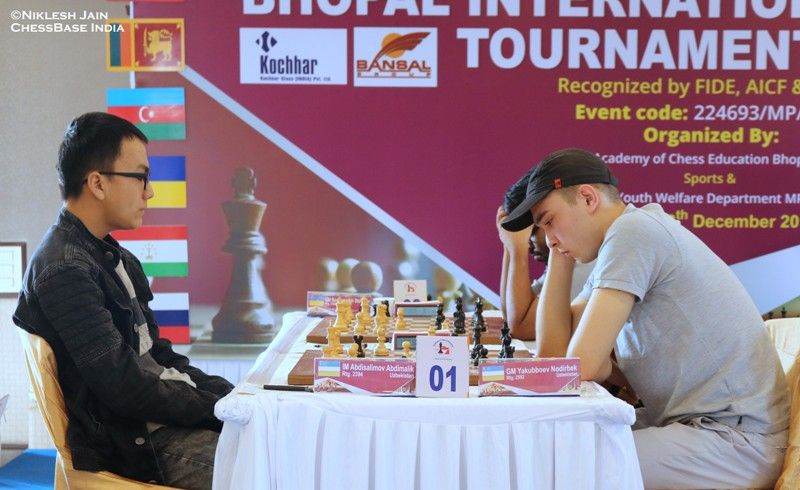 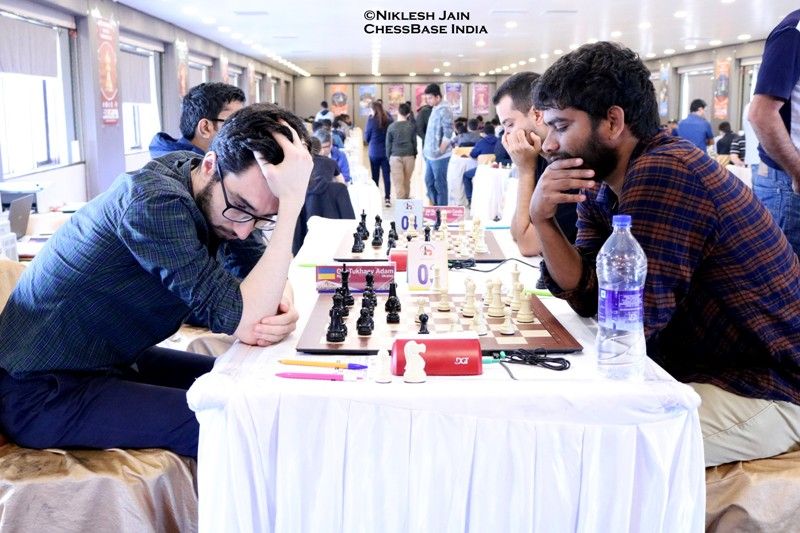 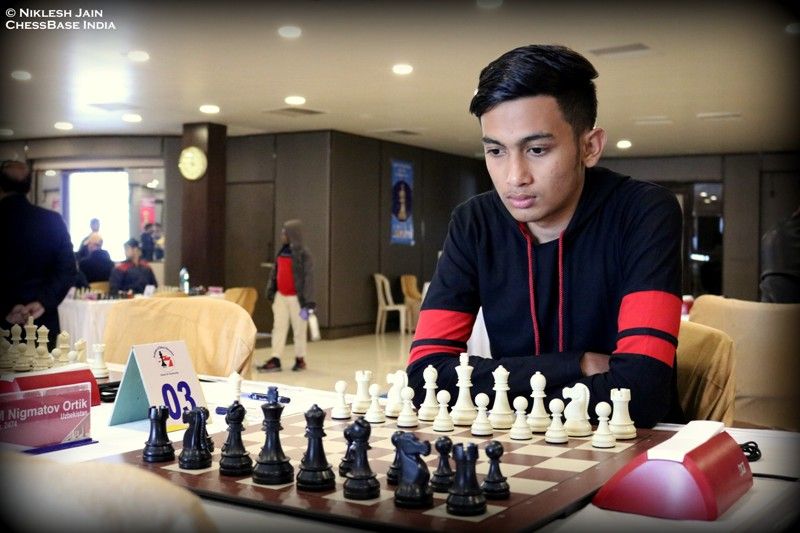 Madhya Pradesh's budding talent Shivansh Tiwari notched another victory to his score card when he defeated IM Ortik Nigmatov (2474) of Uzbekistan in round 5. With this win Shivansh joined GM Venkatesh M R and GM Stanislav Bogdanovich in the lead at the conclusion of round 5. 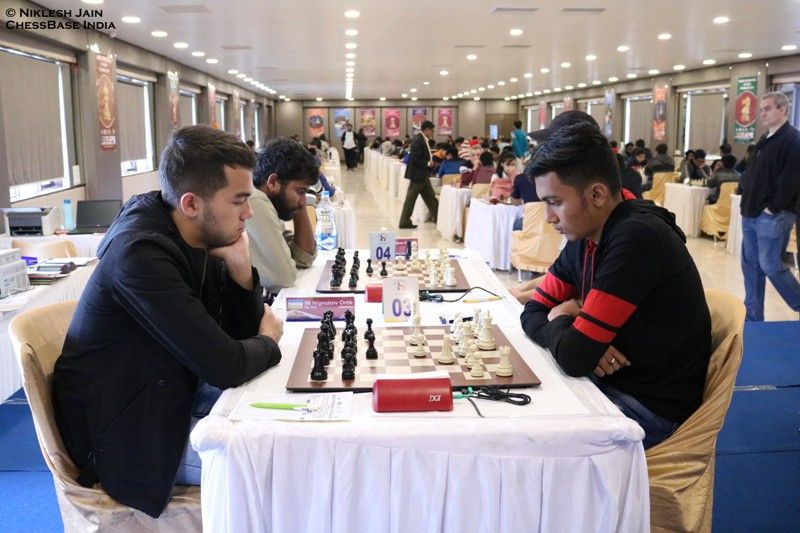 Despite getting out of theory in a Queen's pawn opening, Shivansh handled unknown position quite well. Ortik could not recover from a bad position and soon it turned worse as he kept making one bad move after the other. Shivansh seized every single opportunity by playing correctly and showcased a great understanding for favorable positions. India's highest rated player in the tournament GM Venkatesh M R scored a fine over IM Nguyen Van Huy of Vietnam against Caro-Kann Defence with white pieces. With this win, he got into the shared lead with a score of 5.0/5 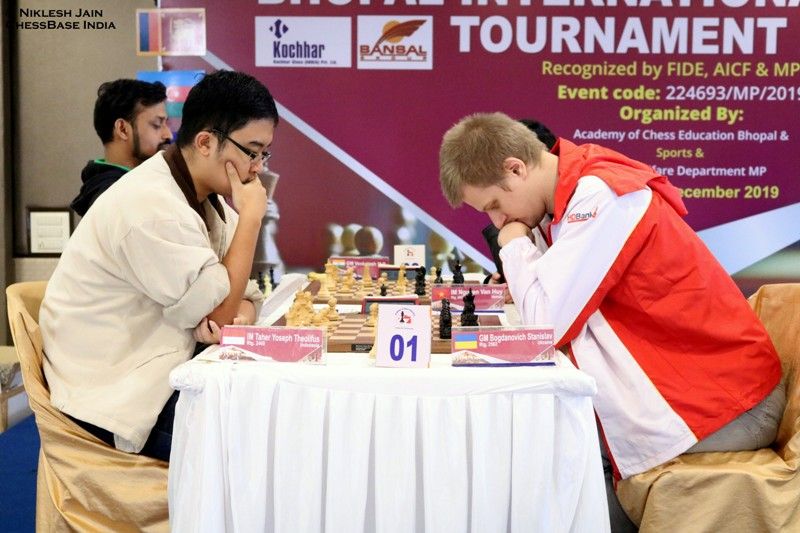 Ukraine's GM Stanislav Bogdanovich is playing some fantastic chess from the beginning of the tournament. In round 5 he defeated Indonesian IM Taher Yosef Theolifus (2469) by playing some fine chess. Playing Bogo-Indian with the black pieces, Bogdanovich scored a win in just 36 moves. 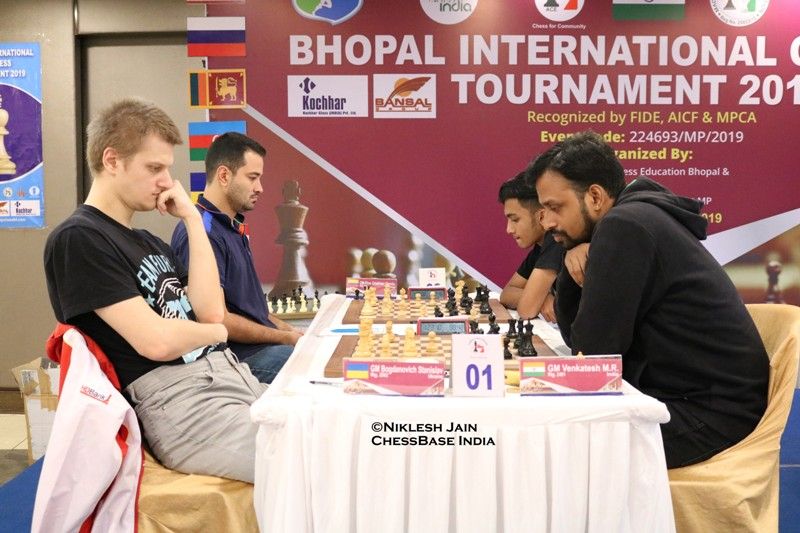 The toughest and most important match of round 6 between GM Stanislav Bogdanovich (UKR) and GM Venkatesh M R (IND) was won by the Ukrainian who took a sole lead at the conclusion of round 6. 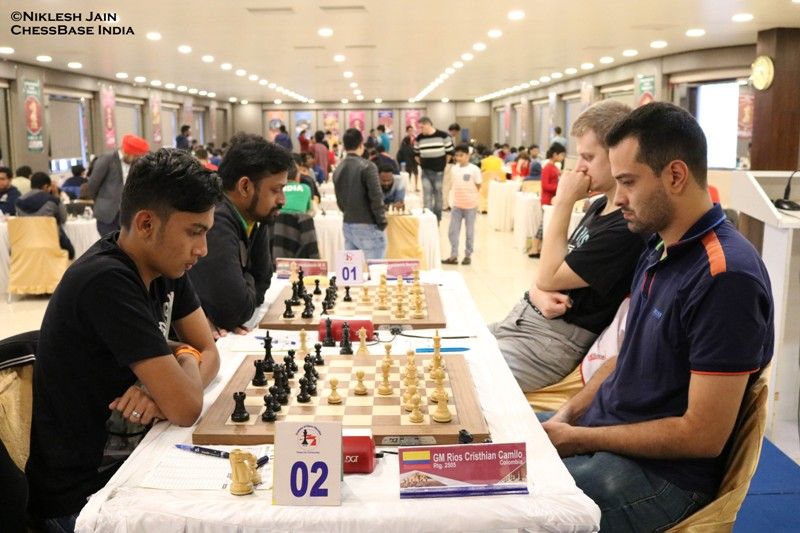 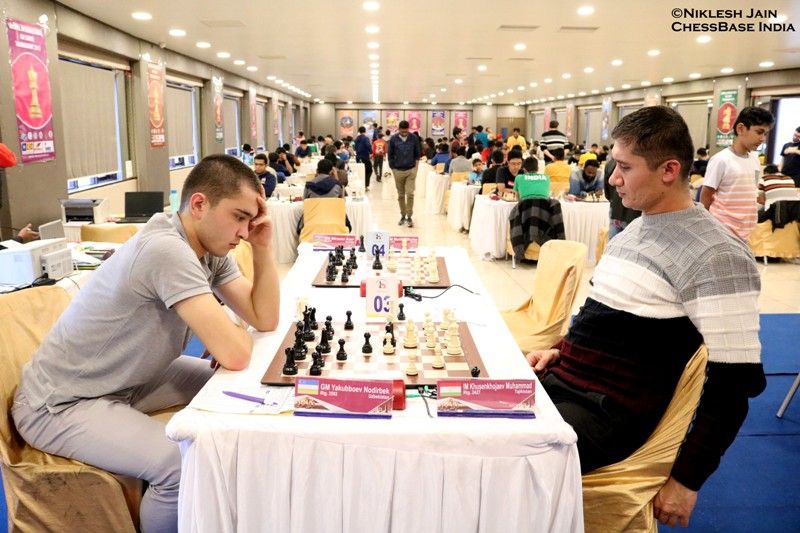 On the third board, top seed GM Nodirbek Yakubboev defeated IM Muhammad Khusenkhojaev and now he is at shared second position with a score of 5.5/6. He will face the sole leader GM Stanislav Bogdanovich in round 7.

Bhopal International GM Open will have Blitz Open rating tournament today where total prize fund ₹207000 will be distributed among the prize winners. 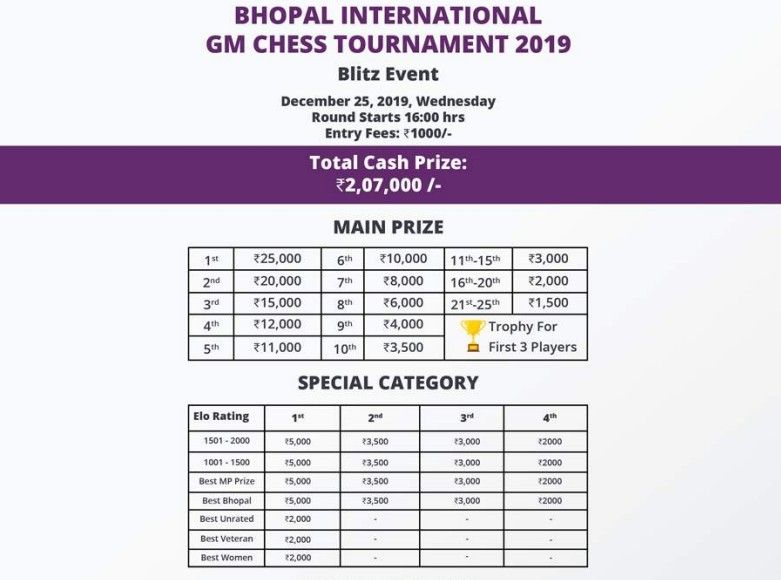