Central India's biggest tournament of 2019, Bhopal International GM Open came conclusion by crowning GM Nodirbek Yakubboev of Uzbekistan as the champion of the tournament. He remained undefeated in all ten games. This was the most exciting finish in Bhopal International tournament history as six players finished with a score of 8.0/10. Tie-break scores decided the final standings. India's highest rated player in the event, fifth seeded GM Venkatesh M R secured the runner-up position to make his country proud. India's Secretary (Sports), Radhey Shyam Julaniya (IAS) encouraged all the players at the prize distribution ceremony along with many office bearers of AICF. Photo: Niklesh Jain 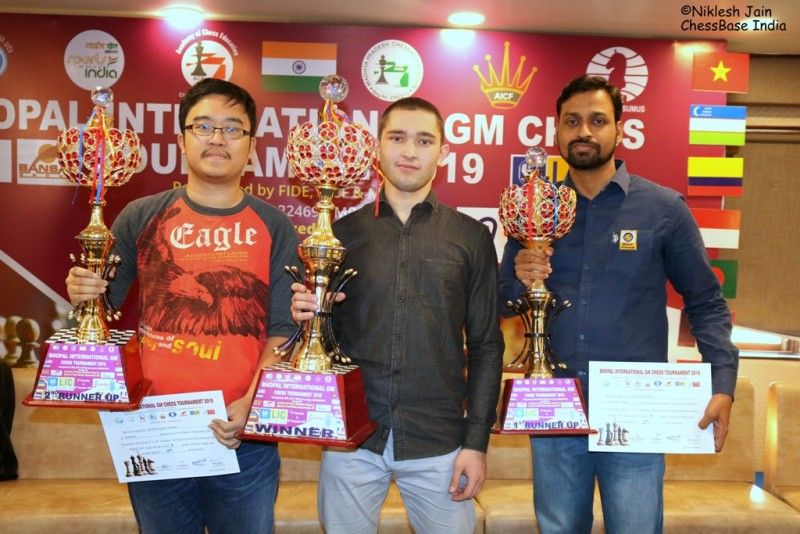 Central India's biggest chess tournament Bhopal International GM Open 2019 came to a successful completion. Uzbekistan's GM Nodirbek Yakubboev drew with Indian GM Venkatesh M R in the final round which was also the last game to finish and according to the tie-break score, Yakubboev clinched the championship. After the conclusion of final round, six players finished with a score of 8.0/10 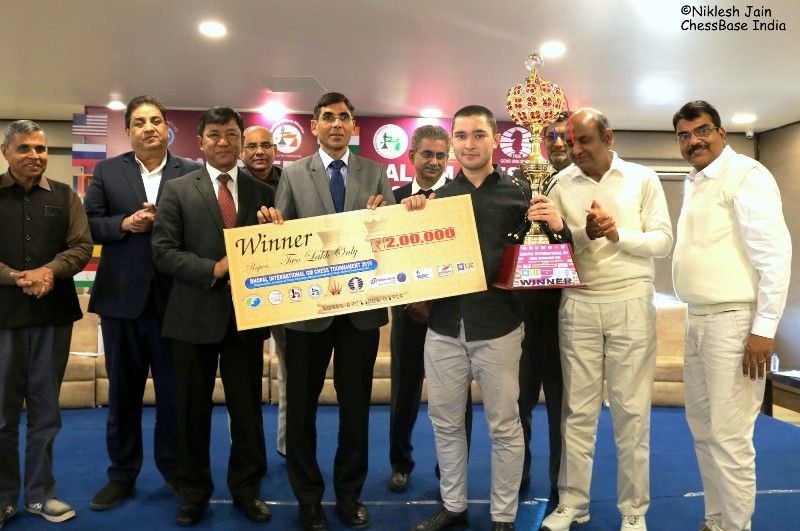 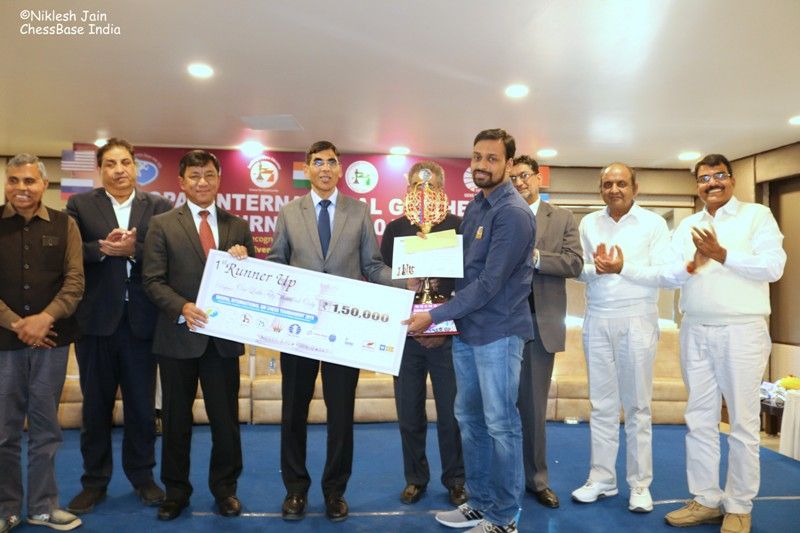 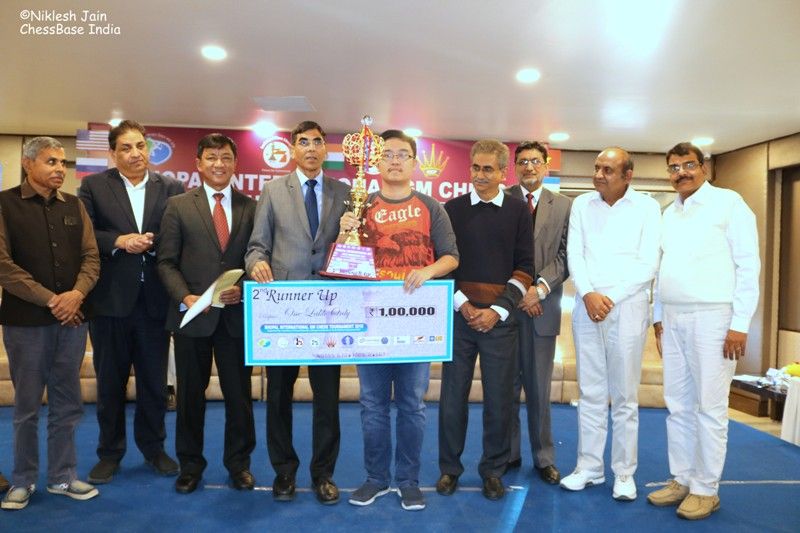 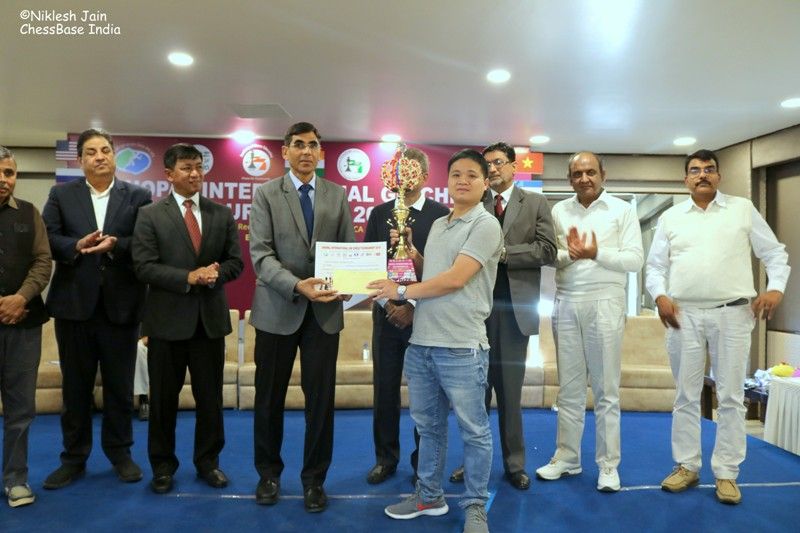 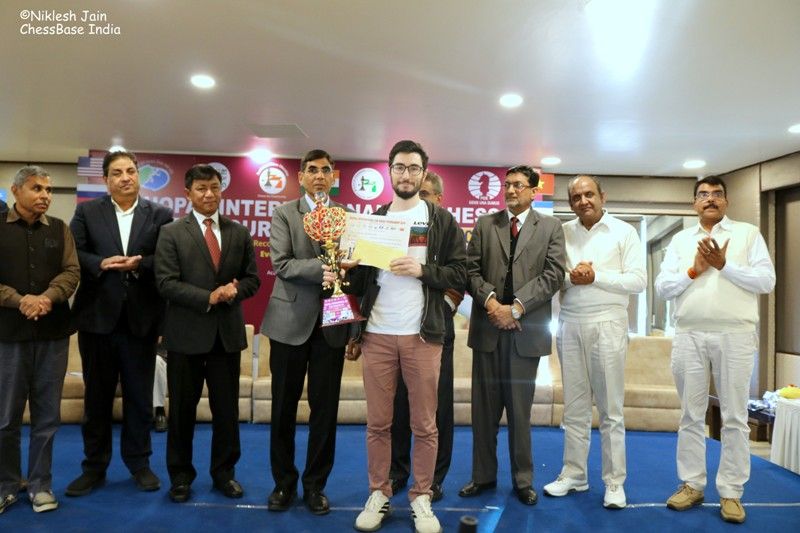 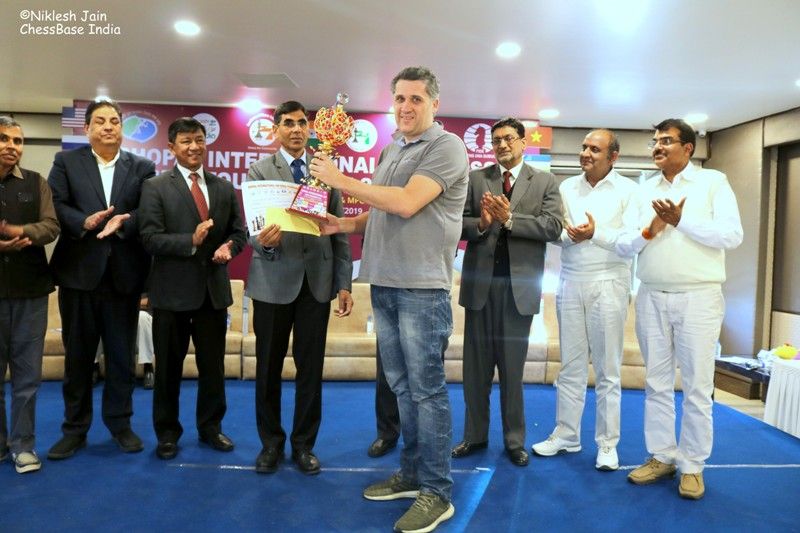 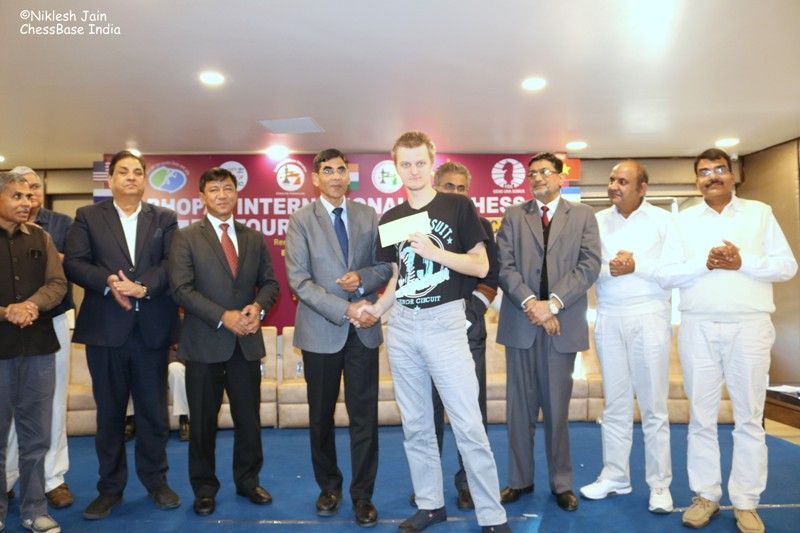 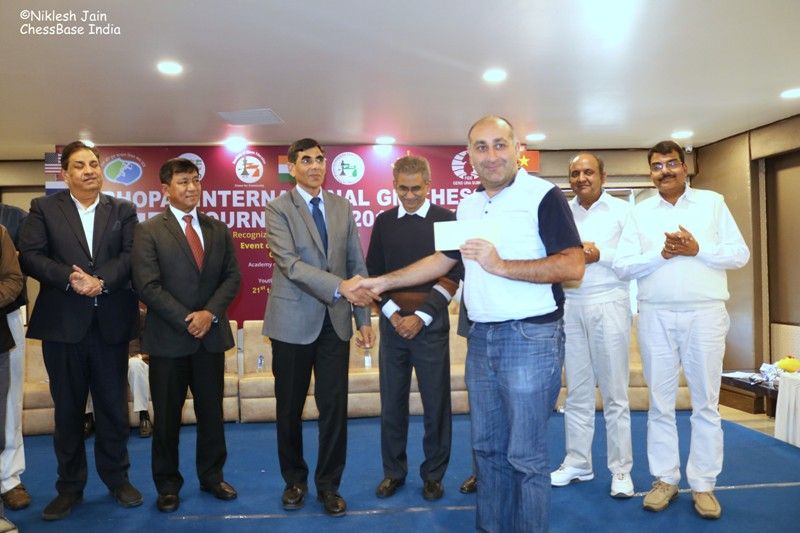 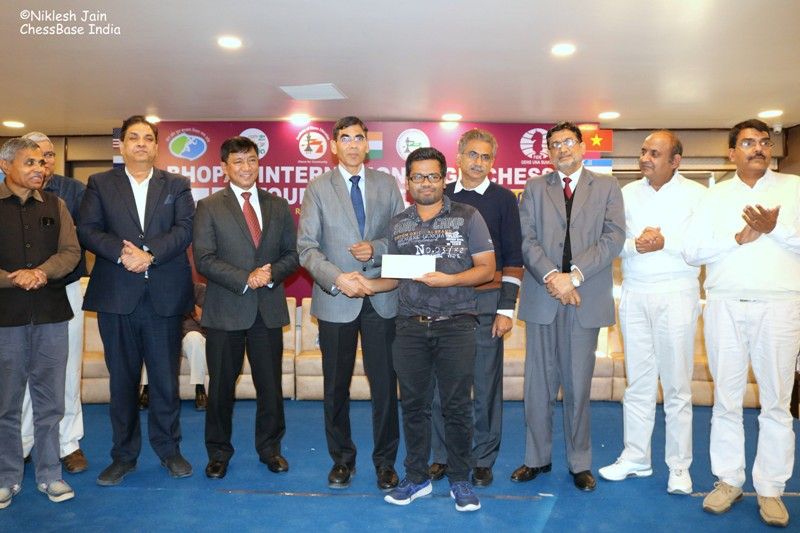 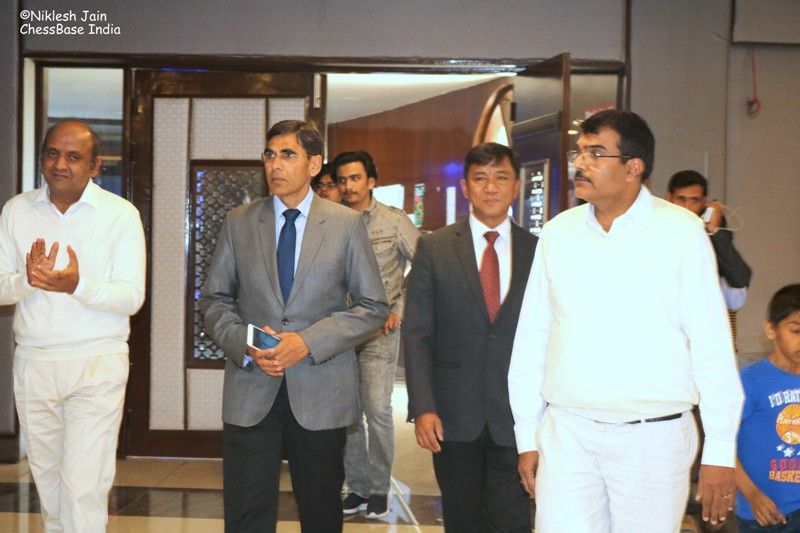 India's Secretary (Sports) Radhey Shyam Julaniya (IAS) encouraged everyone by with his inspiring words. His message to everyone was to be physically fit like Vishy Anand. He also congratulated all players of Madhya Pradesh who showed great performance at the tournament. 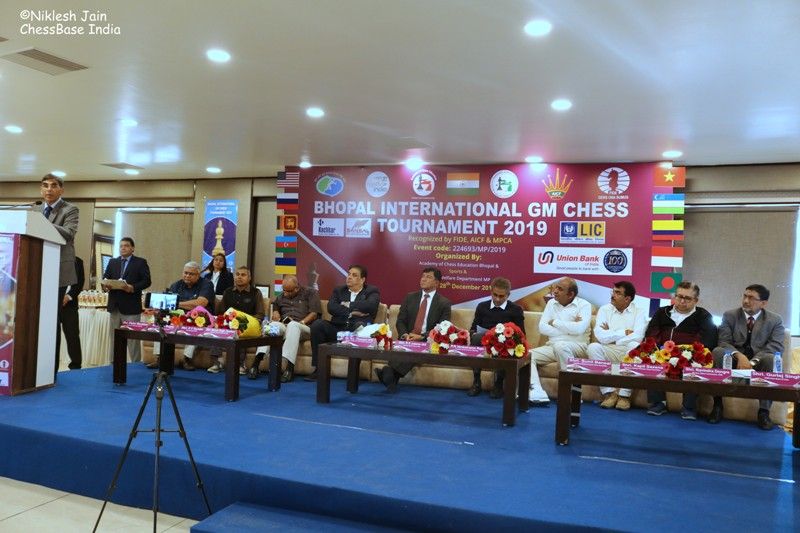 What went down in the final round The top board clash for the championship was an extremely exciting game. Playing with white pieces Venkatesh opted Sicilian Rossolimo, he pressed hard for an advantage but Yakubboev gave him no chance and the game eventually ended up in a draw after 77 moves. With this result, both players finished with a score of 8.0/10 each. 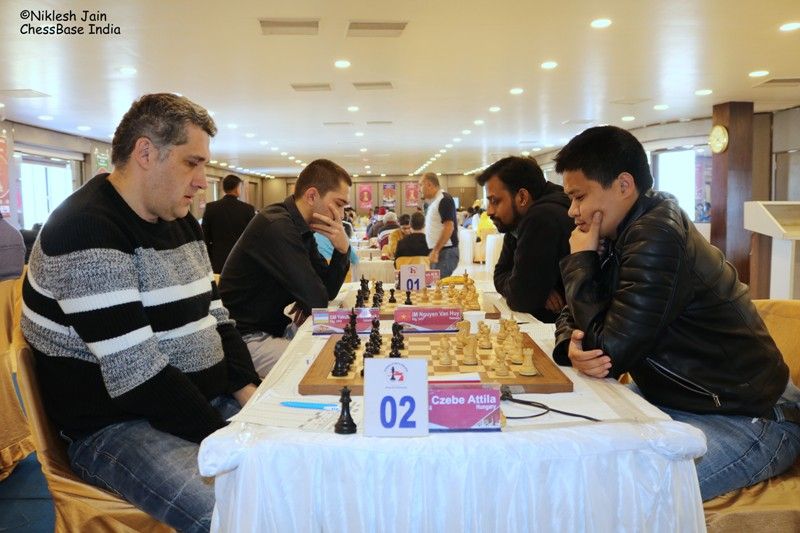 Hungarian GM Attila Czebe drew with IM Nguyen Van Huy of Vietnam on board no.2. They both scored 8.0/10 each. 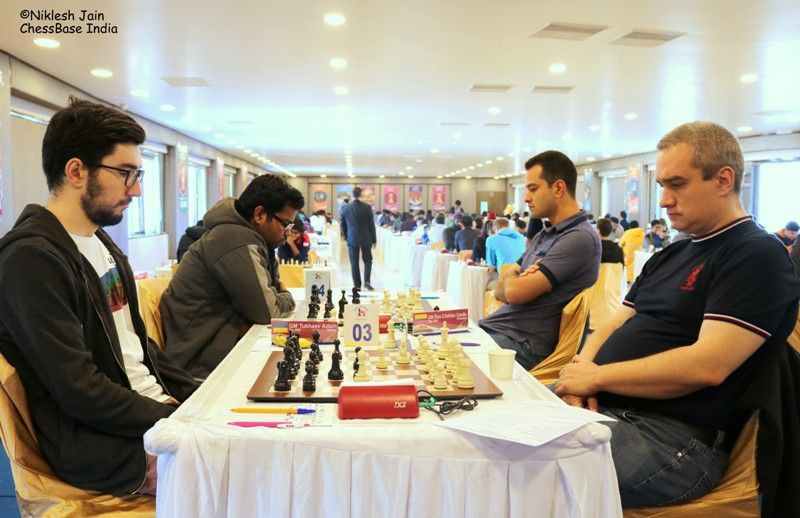 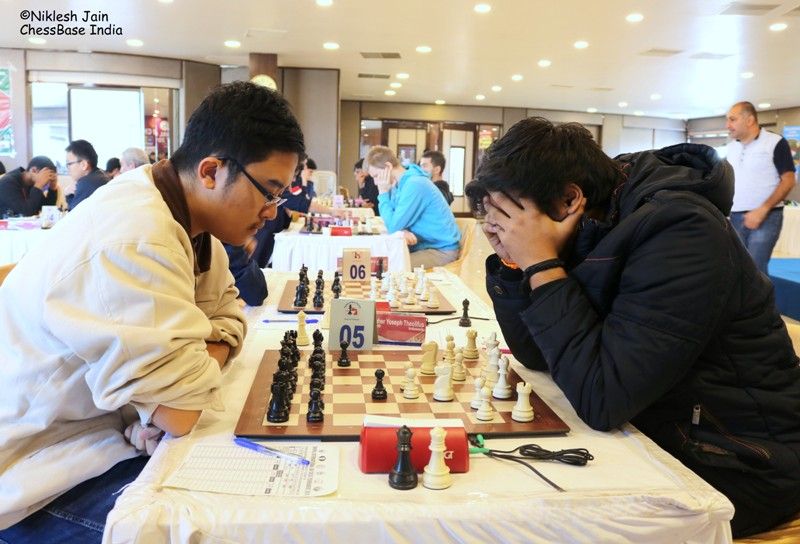 IM Taher Yoseph Theolifus secured the second runner-up position by defeating Raahul V S. Thus six players finished with a score of 8.0/10. This only reveals how strong the field of tournament was.