The Athens Of The East 1st International Grandmaster Open Chess Tournament 2019 has begun from the the 10th of August and will continue till 18th in Madurai, Tamil Nadu. The tournament has three categories (A, B, and C) for players rated 1700 and above, below 1700, and below 1600 respectively. Four times Commonwealth Champion Abhijeet Gupta is the top seed of the category A event, followed by Boris Savchenko and Pavel Smirnov. Out of the total 180 participants in Category A, 35 are titled players which include 9 Grandmasters and 14 International Masters. This is a ten rounds swiss event following a time control of 90 minutes with 30 seconds increment from move one. In this pictorial report we bring you the glimpses of the first two days of action. 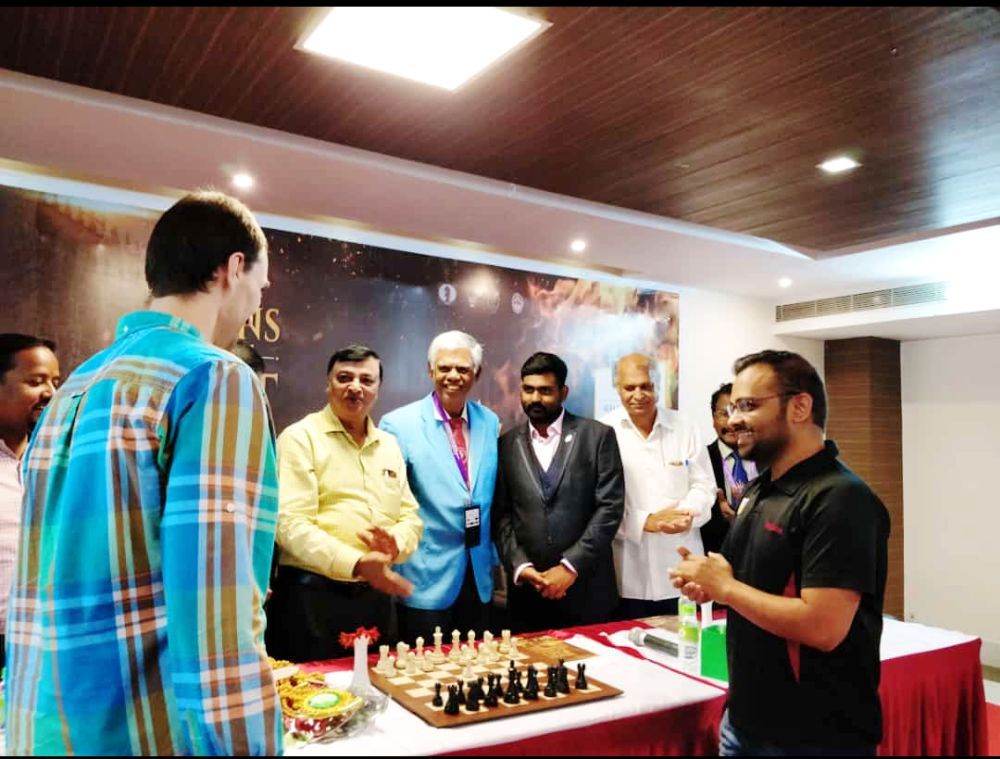 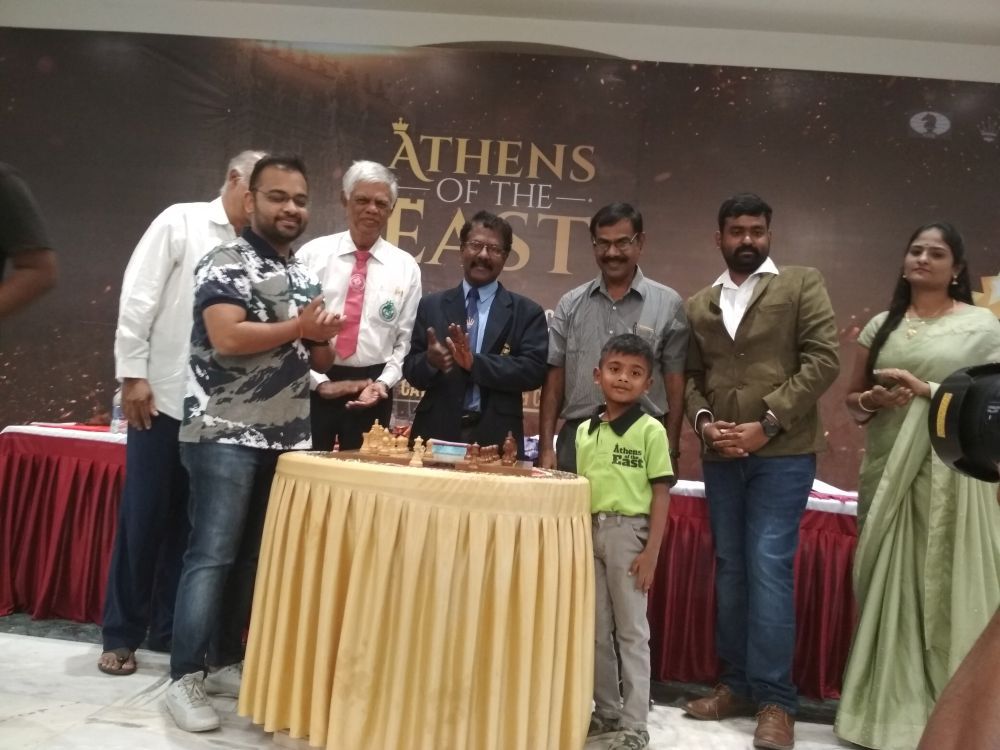 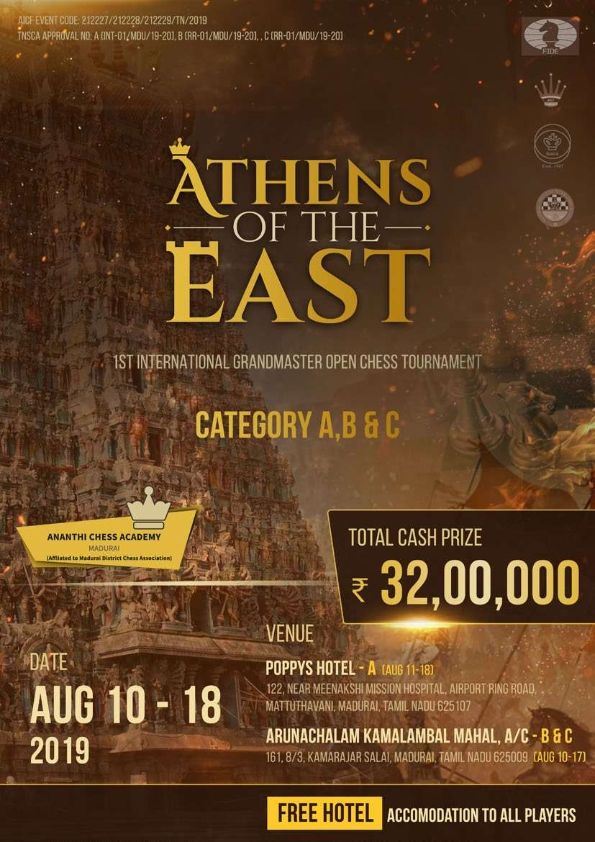 Round 1: Exhaustion and not many surprises

In the first round of the event many players found themselves tired having underwent exhausting journeys. Several of them were coming directly from the recently concluded Chess Festival in Abu Dhabi. But despite this the top-seeded players didn't have much difficulty beating their opponents. Abhijeet Gupta had an easy win with black pieces against Koustuv Dash of Odisha, and arriving from Abu Dhabi GM Venkatesh M.R. and IM Shyamnikhil P also defeated their respective opponents Aravind P V S and Shyam Kumar N with ease. The only surprising result came from the 11th board where 1791 rated Bhagyashree Patil from Gujarat held GM Karthikeyan Pandian to a draw. 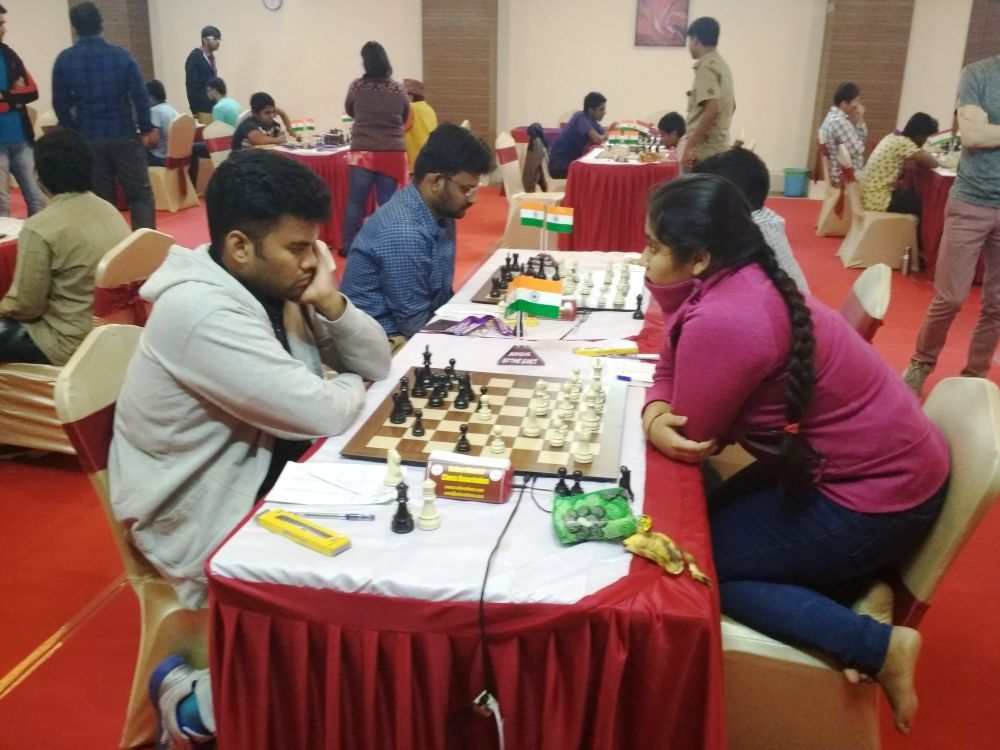 Bhagyashree Patil didn't allow much chances to her Grandmaster opponent Karthikeyan P. out of the opening and into the middlegame. Although ultimately it came down to an opposite coloured bishop ending where she was down a pawn but this she was able to defend without difficulty | Photo: IA Rathinam Anantharam 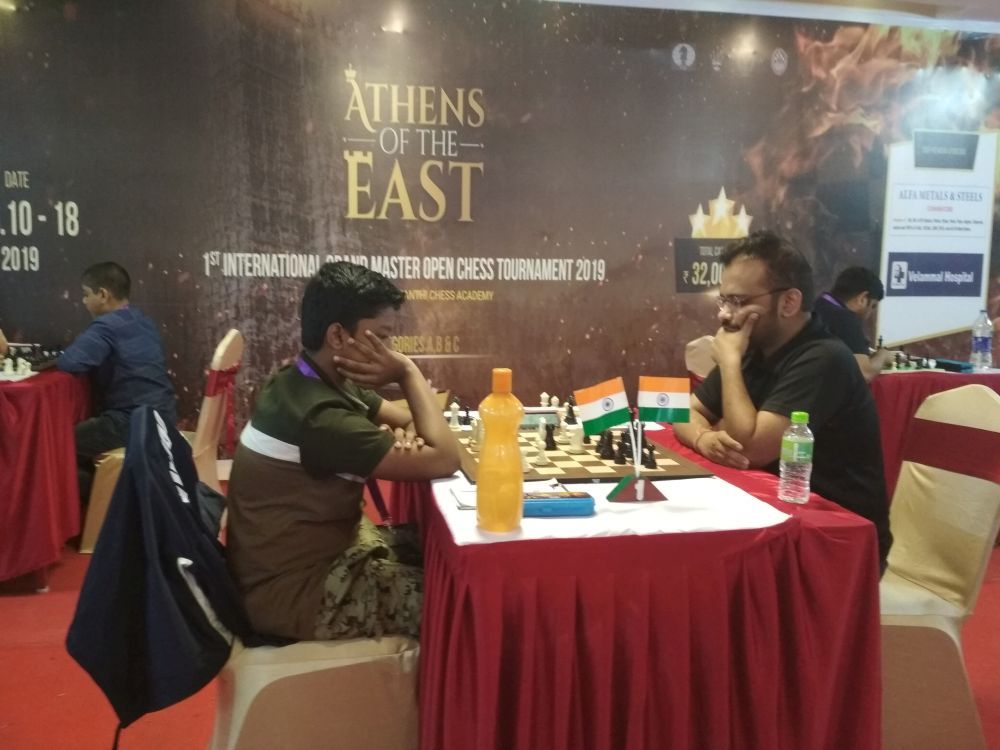 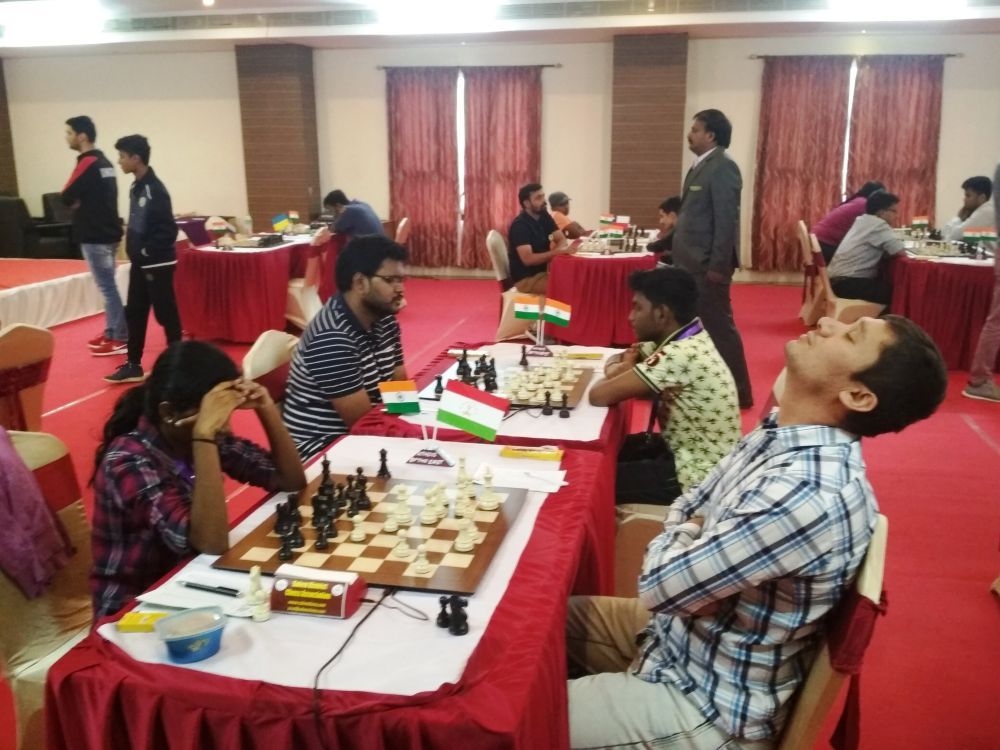 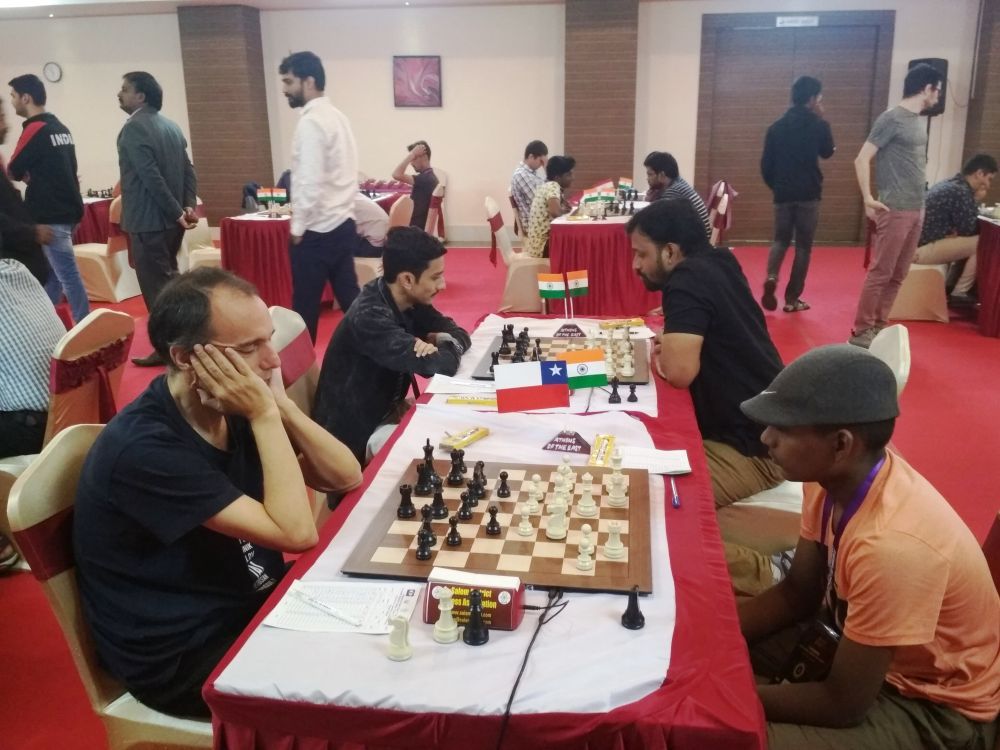 GM Venkatesh MR was also able to reach in time for the first round coming from Abu Dhabi | Photo: IA Rathinam Anantharam Boris Savchenko, the second seed of the event, had no problems beating Chilukuri Sai Varshith in the first round | Photo: IA Rathinam Anantharam 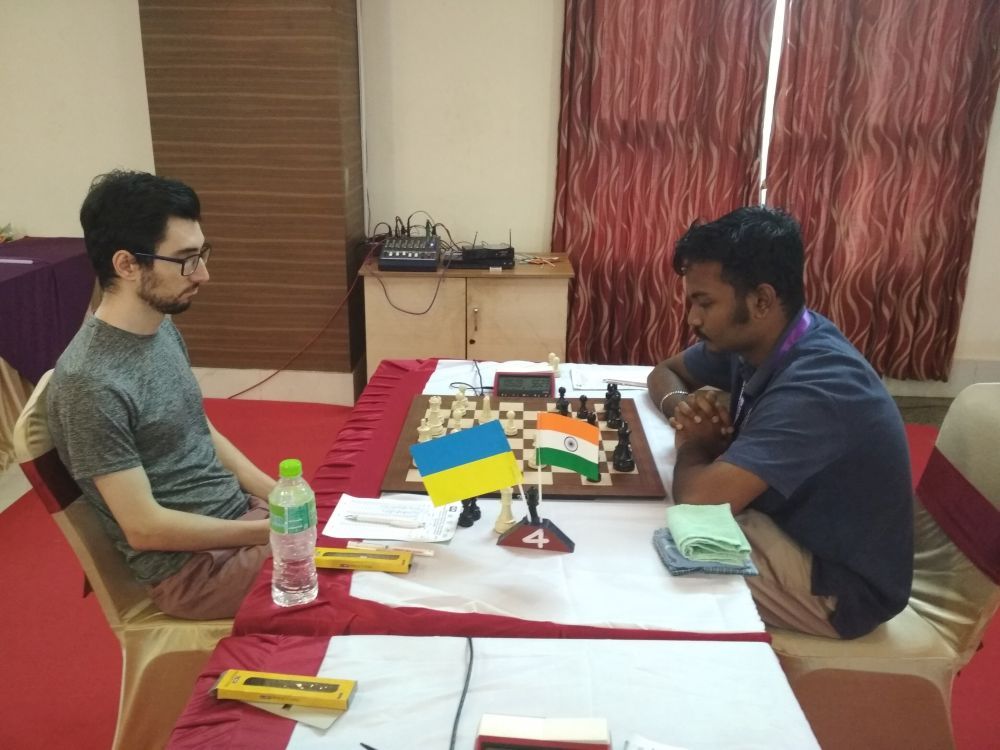 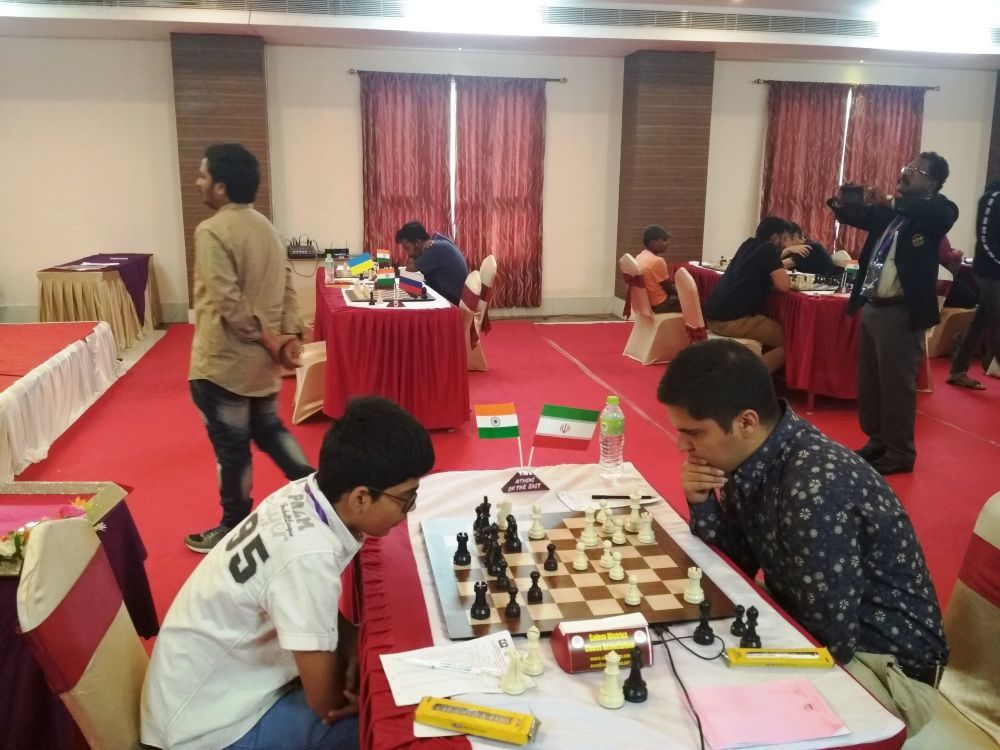 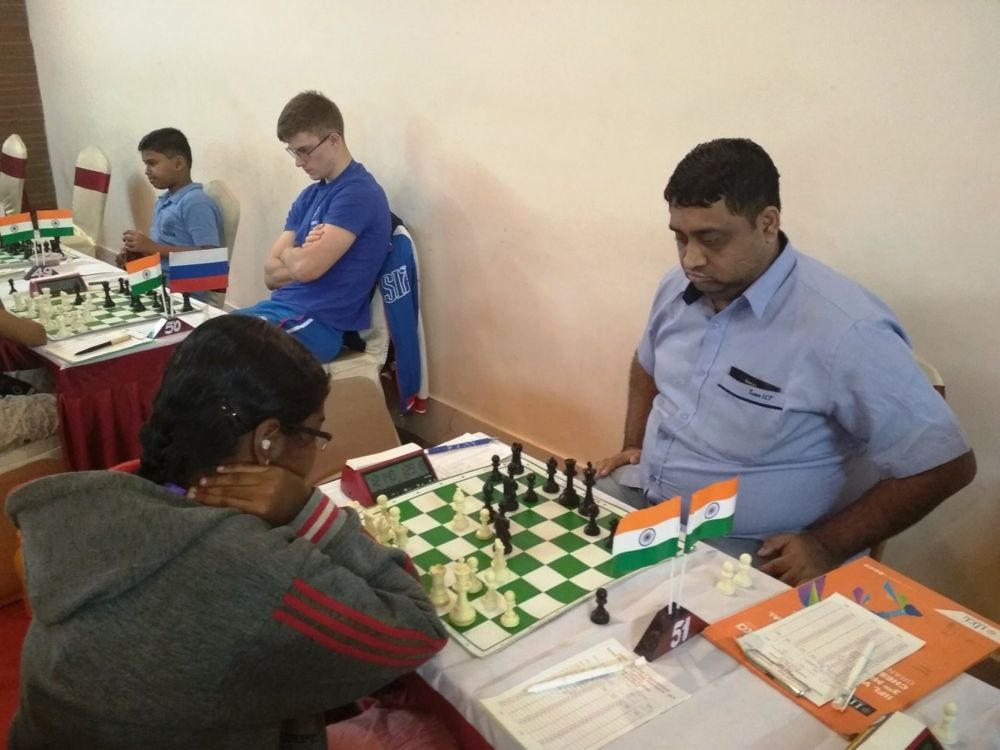 The Blitz King of India, Grandmaster Rajaram Laxman, wasn't able to play in the first round after returning from Abu Dhabi. He started his tournament from the second round defeating Divyabharathi Masanam of Tamil Nadu | Photo: IA Rathinam Anantharam 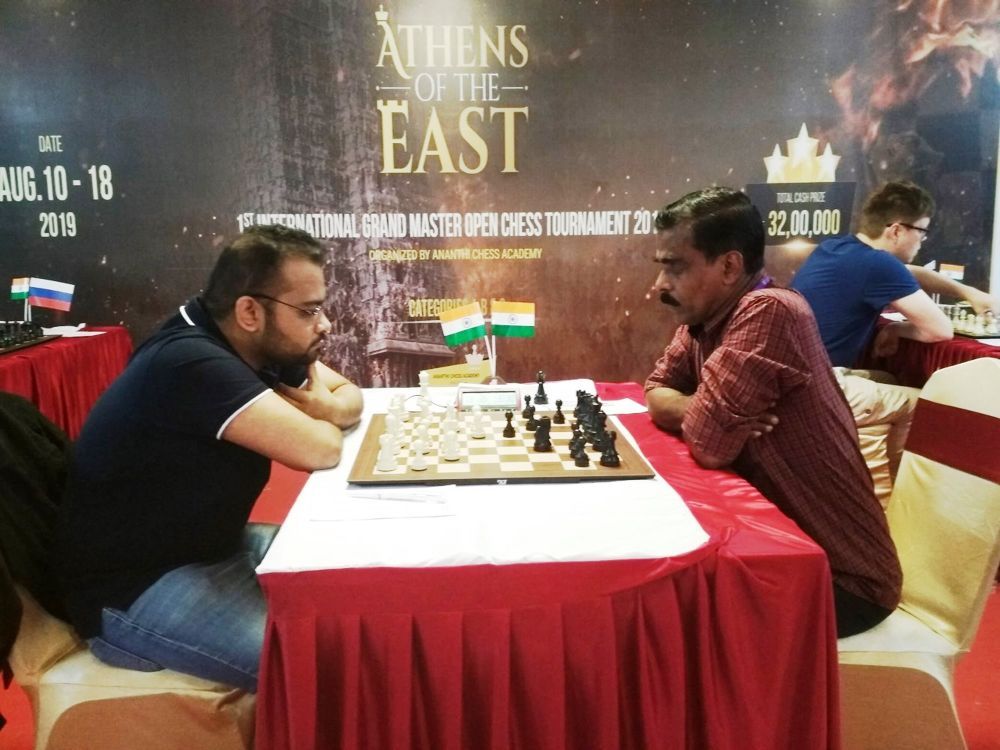 Abhijeet Gupta found easy victory against seven times Kerala champion O.T.Anilkumar in round two. Gupta was able to first dominate an open c-file and then launch an onslaught against Anilkumar's king stuck in the middle of the board | Photo: IA Rathinam Anantharam 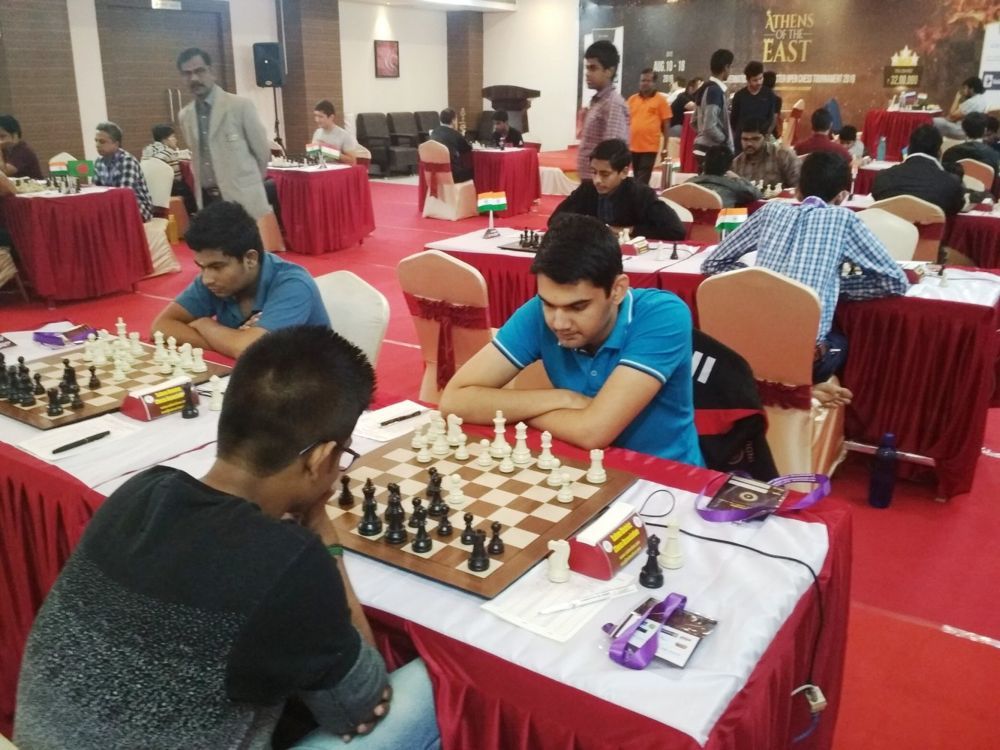 Telegana's IM Raja Rithvik R has made a promising start winning all his games in the first three rounds | Photo: IA Rathinam Anantharam 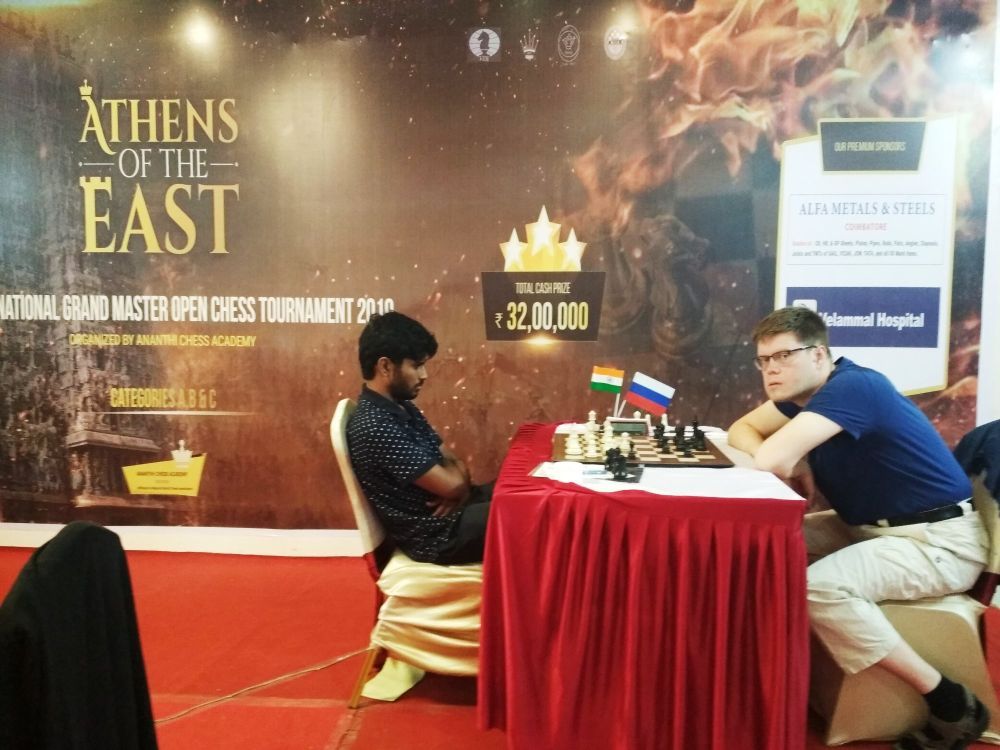 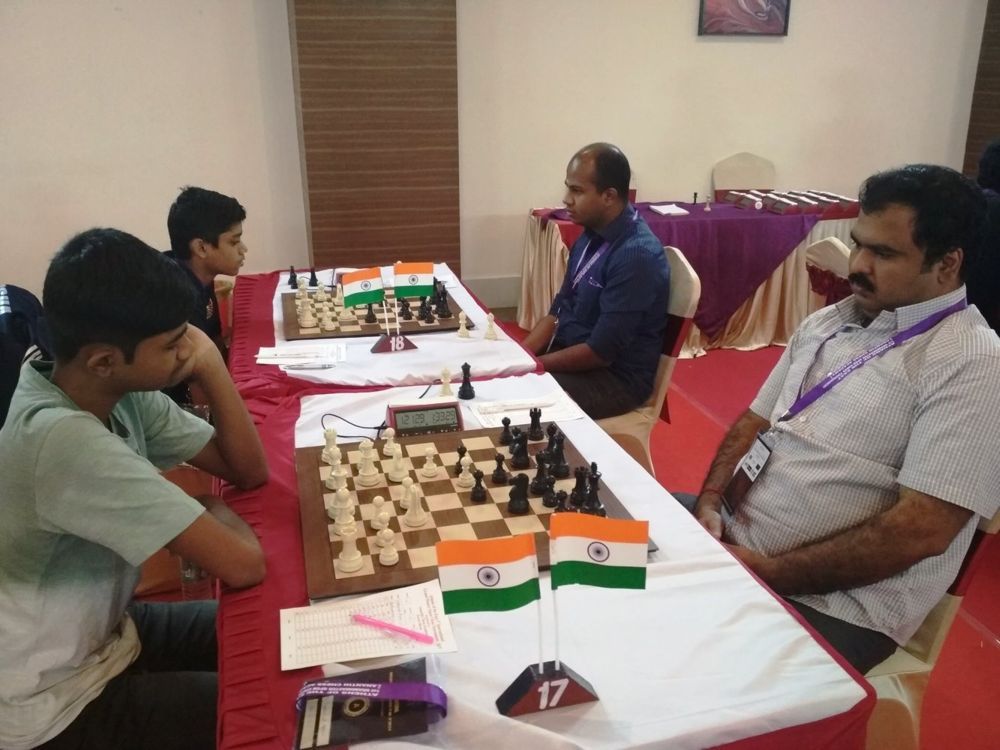 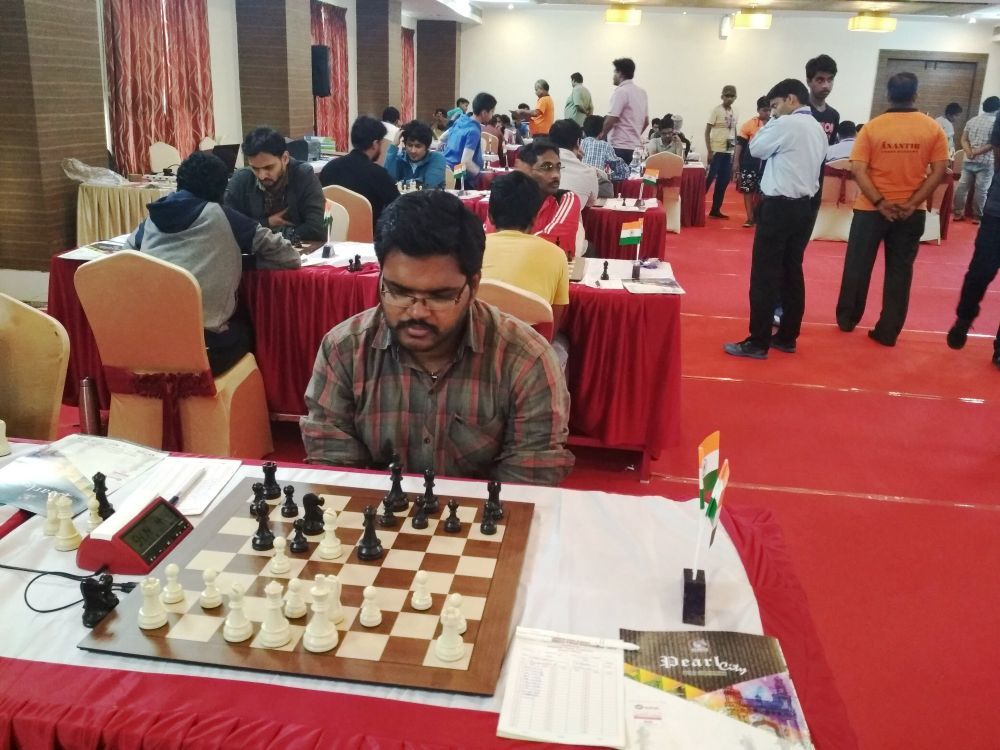 In round three, IM Shyamnikhil P was held to a draw by CM Nikhil Magizhnan | Photo: IA Rathinam Anantharam 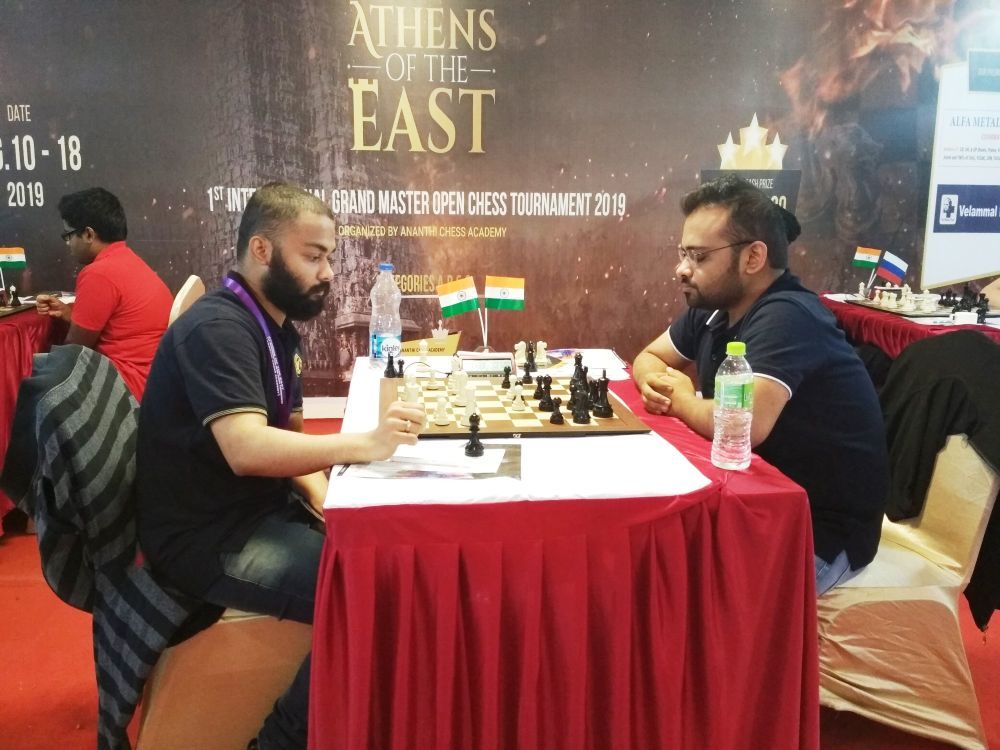 Abhijeet Gupta was surprisingly held to a draw in the third round by Odisha's Rajesh Nayak | Photo: IA Rathinam Anantharam

Results of third round

Standings after third round