Athens of the East Round 7: Sayantan and Abhijeet join the lead

Five players lead with 6.0/7 points after seven rounds at the ongoing Athens of the East International Open 2019. Top seed Abhijeet Gupta outplayed compatriot Karthikeyan Pandiyan's King's Indian Defense to finally join the pack of leaders at the end of seventh round. Venkatesh M.R. couldn't keep his winning streak going as he suffered his first defeat of the event in the hands of third seeded Pavel Smirnov. On the other hand, West Bengal's Sayantan Das bounced back by beating IM Shyaamnikhil P in what was a display of scintillating aggressive play. With only three more rounds to go, the fight for the top place is slowly heating up. In this report we bring you photos, analyses, and more.

Venkatesh slips from the sole lead! 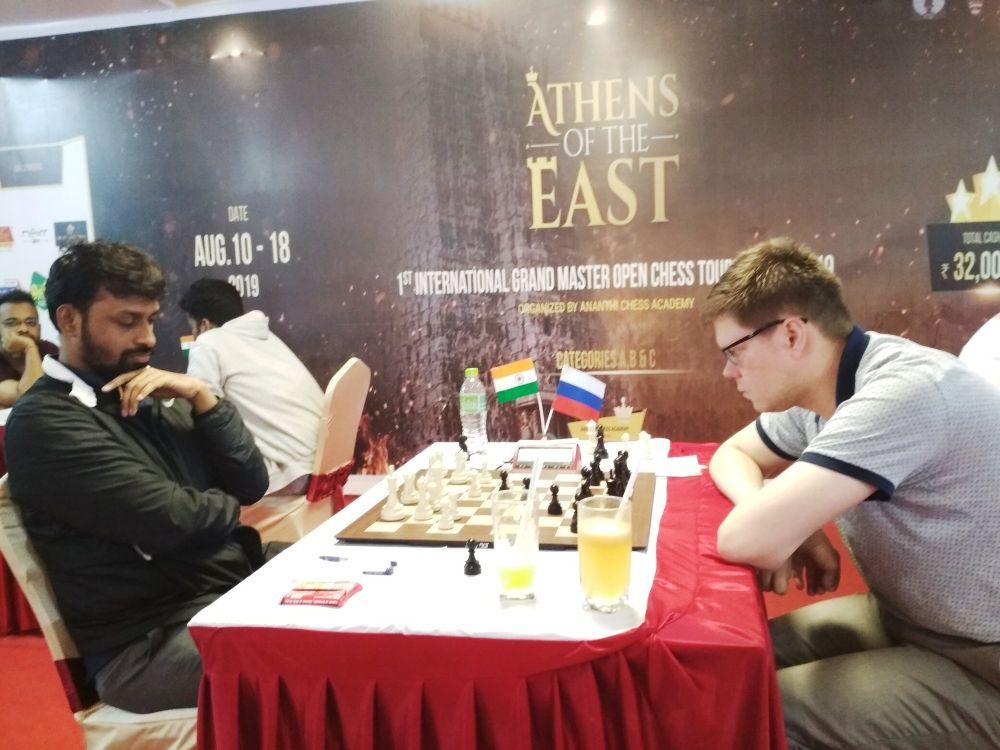 After defending a worse position for 64 moves, Venkatesh M.R. had an easy chance to hold Pavel Smirnov to a draw and maintain his sole lead. However, the Indian Grandmaster simply missed his footing | Photo: IA Rathinam Anantharam 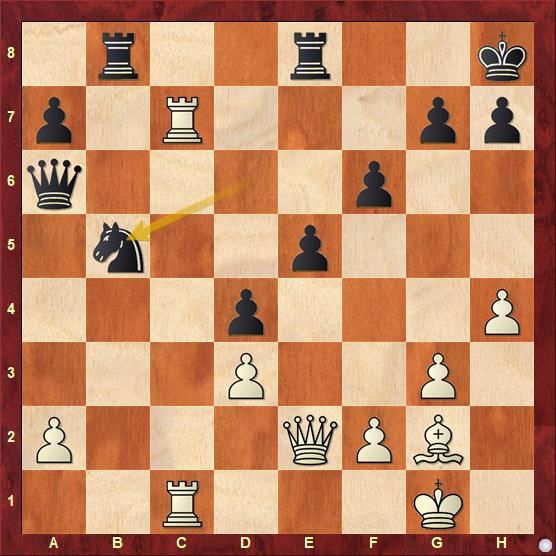 White has already lost a pawn on the queenside but has excellent chances to maintain counterplay. Venkatesh played 31.R7c6 here, can you do better?

The best move would have been 31.Qg4! giving up an exchange! After 31...Nxc7 32.Rxc7 Rg8 33.Be4 White is down material but has fantastic counterplay against Black's vulnerable king. In the game, after 31.R7c6 Qa3 Black was simply up a pawn. 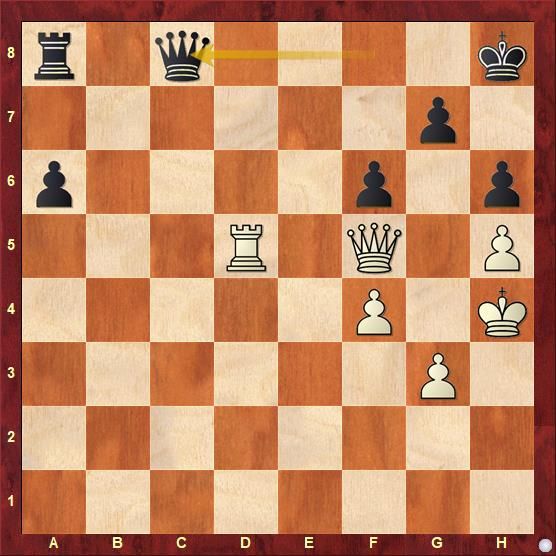 After defending a pawn down ending for 64 moves, this was White's last chance to even things out once and for all with the simple 65.Qxc8, exchanging queens.

After 65.Qxc8 Rxc8 66.Ra5 Rc6 White shouldn't have any problems holding this position. But in the game 65.Qd3? was played which allowed Black to push with 65...a5 66.Qa3 a4 and White was now irrevocably doomed. 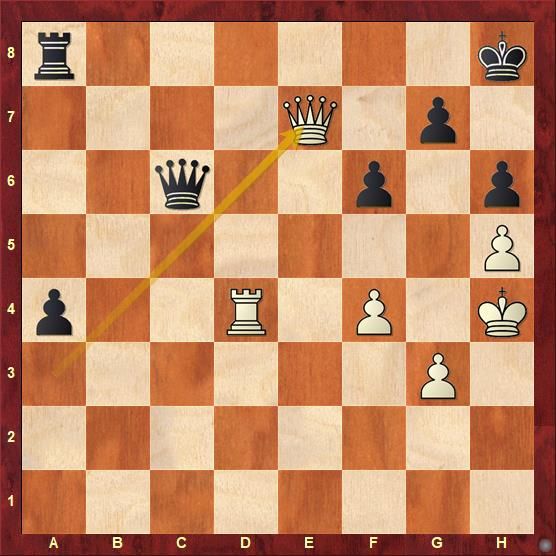 Black found a nice tactical motif to finish things off quickly, can you spot it? Check out the full game below to know the answer. 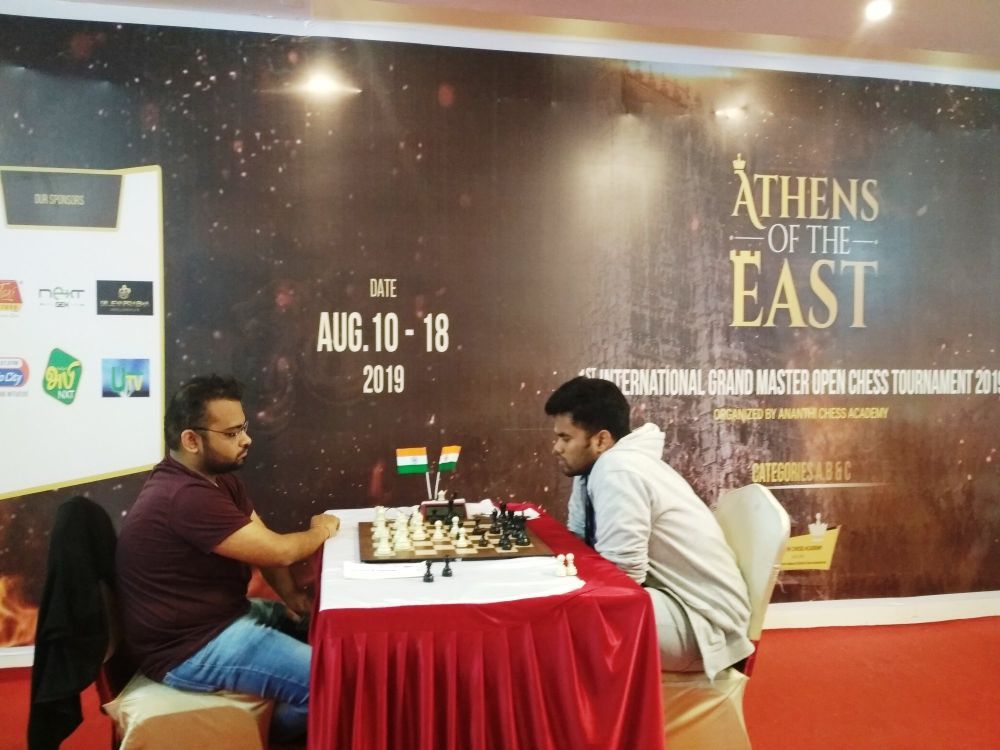 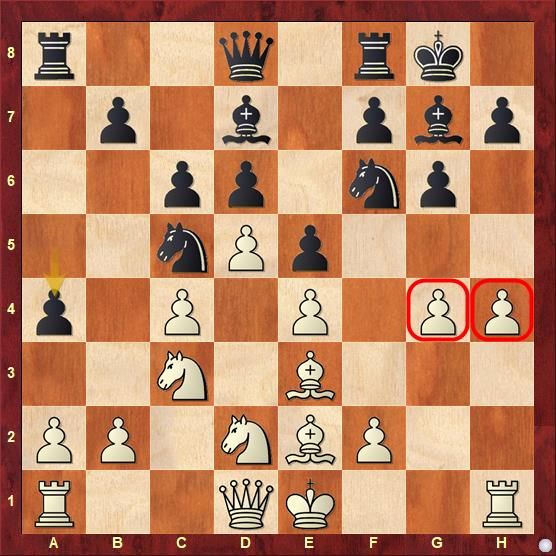 With those pawns on h4 and g4, White's position already started looking good at this point. Black played the move 12...a4 here but probably hindering the flank onslaught with 12...h6 would have been a more pragmatic choice. 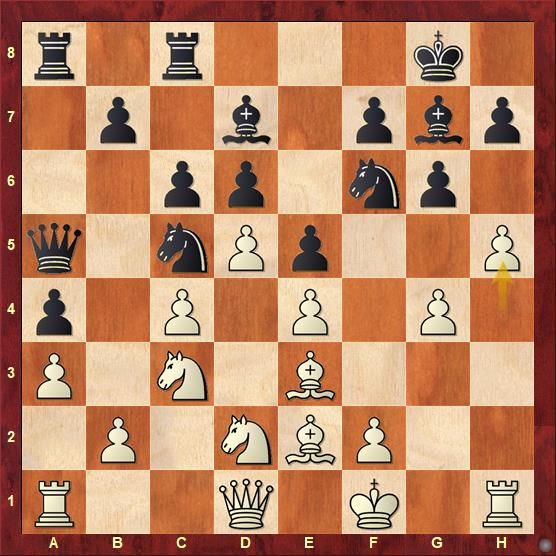 15.h5 was premature on White's part, Black had the chance here to equalize. Can you find how? Check annotations below to know the answer. 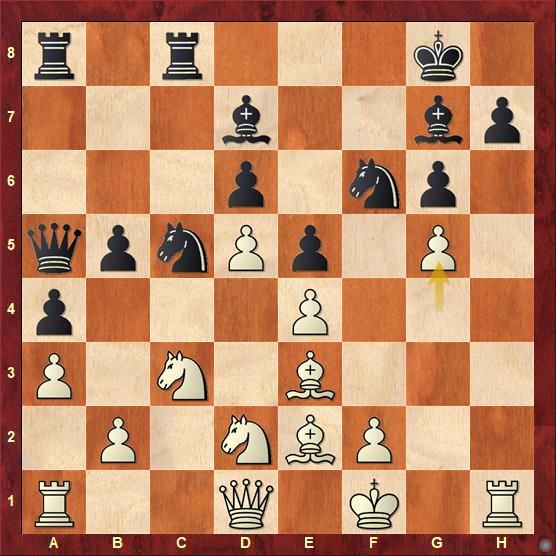 18.g5 was the final nail in the coffin. Now there was nothing to stop White from building up a dangerous attack along the semi-open h-file. 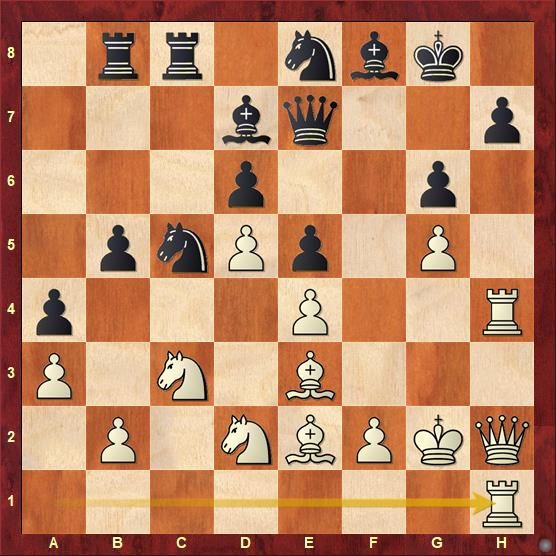 With 23.Rh1 the game was strategically lost for Black. Although the encounter continued till 39 moves but there was little doubt after this point as to what the result was going to be. 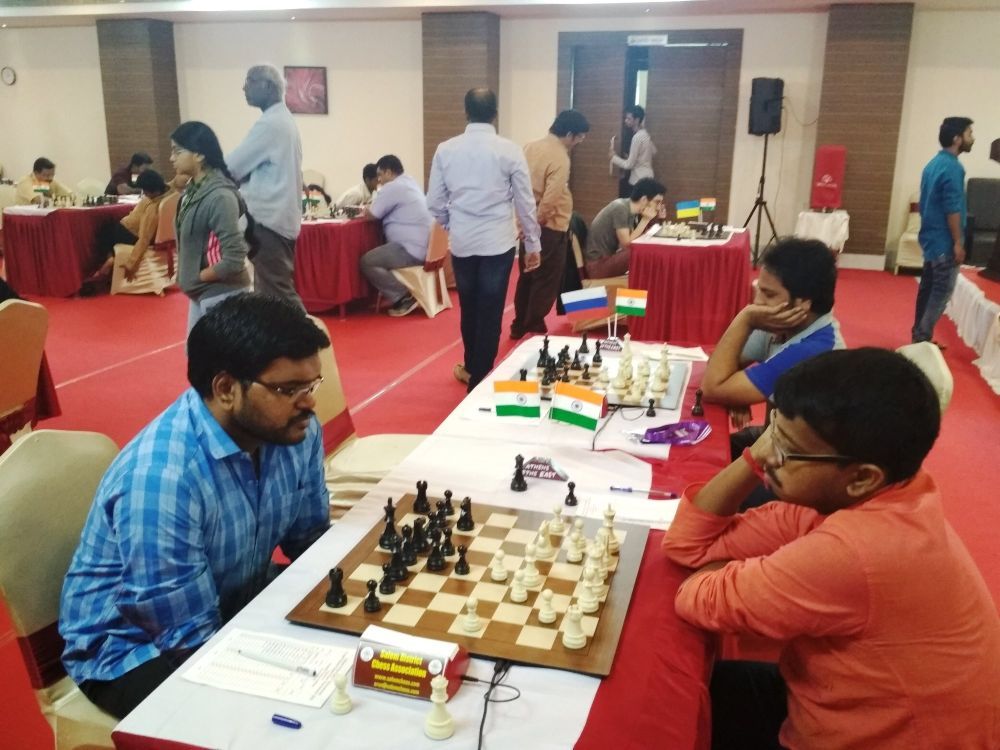 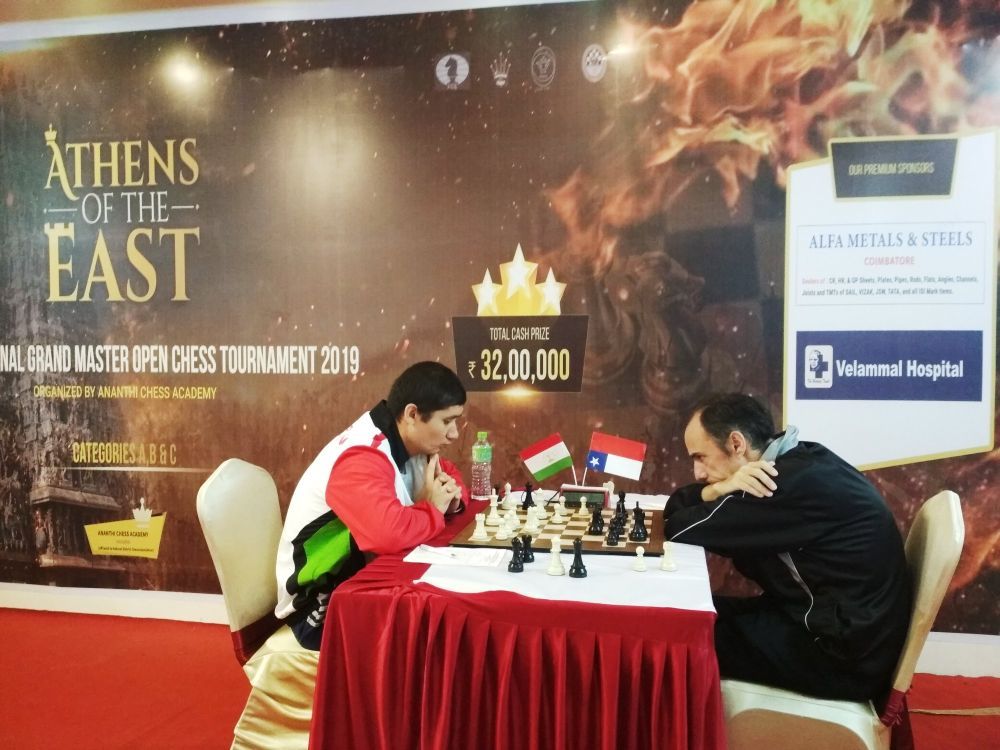 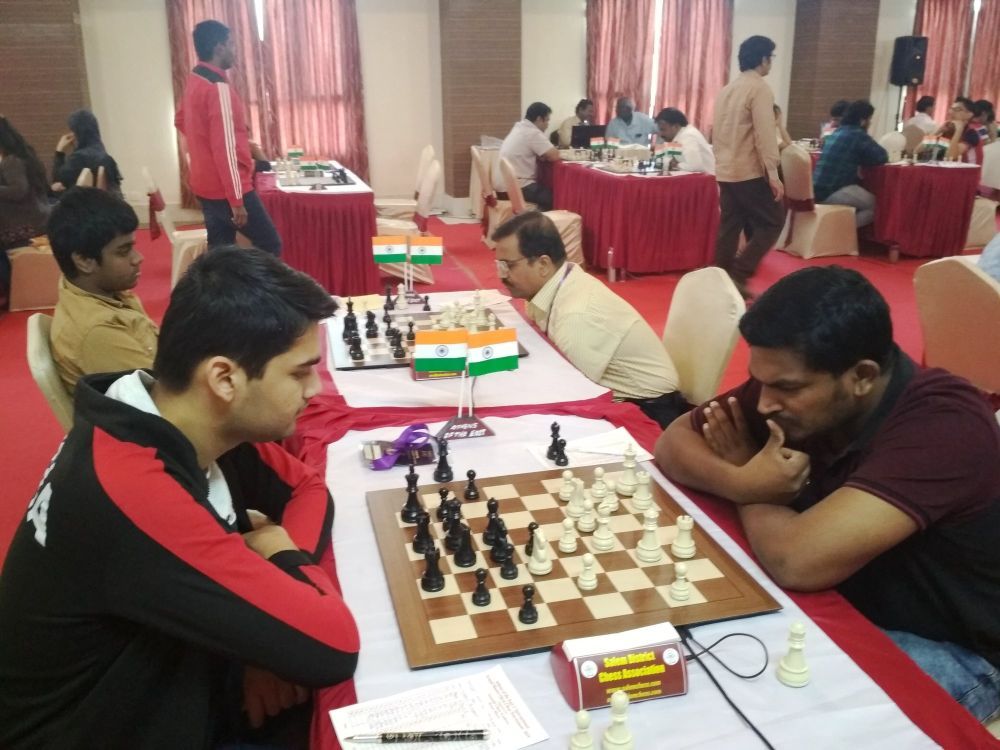 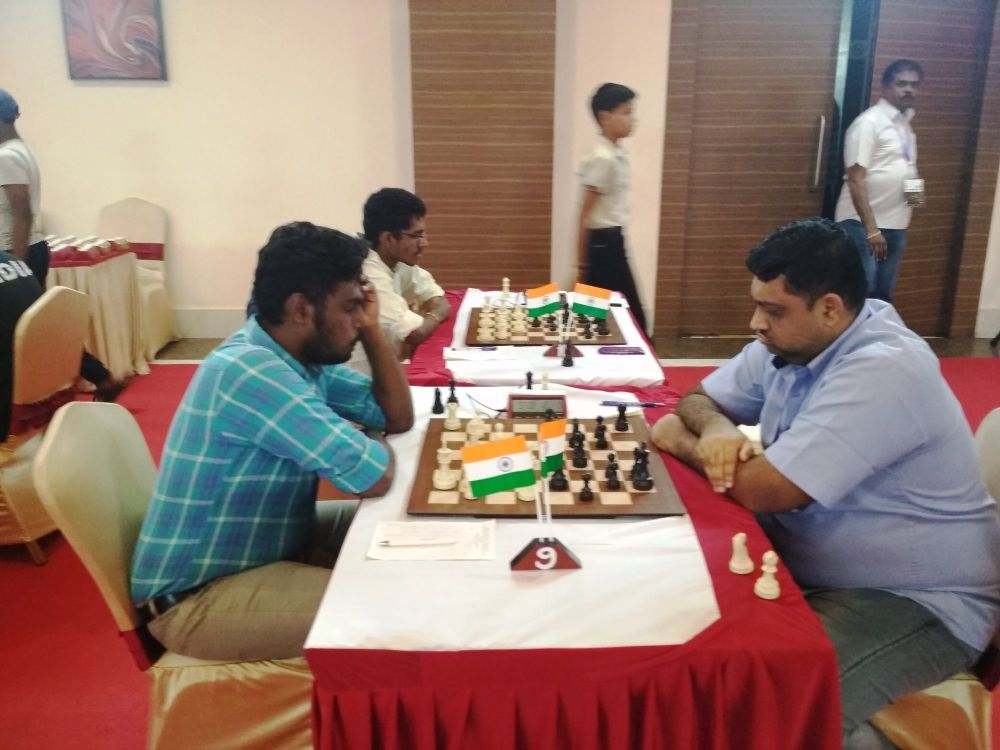 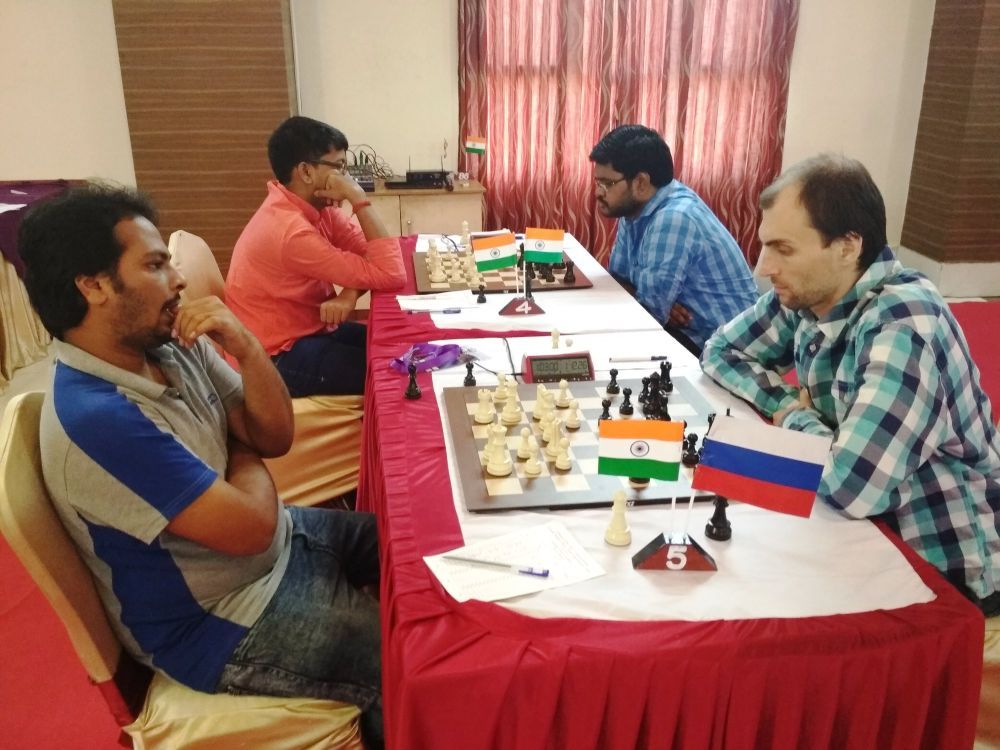 The second seed of the event Boris Savchenko defeated Rajesh V.A.V to stay close behind the leaders with 5.5/7 points | Photo: IA Rathinam Anantharam 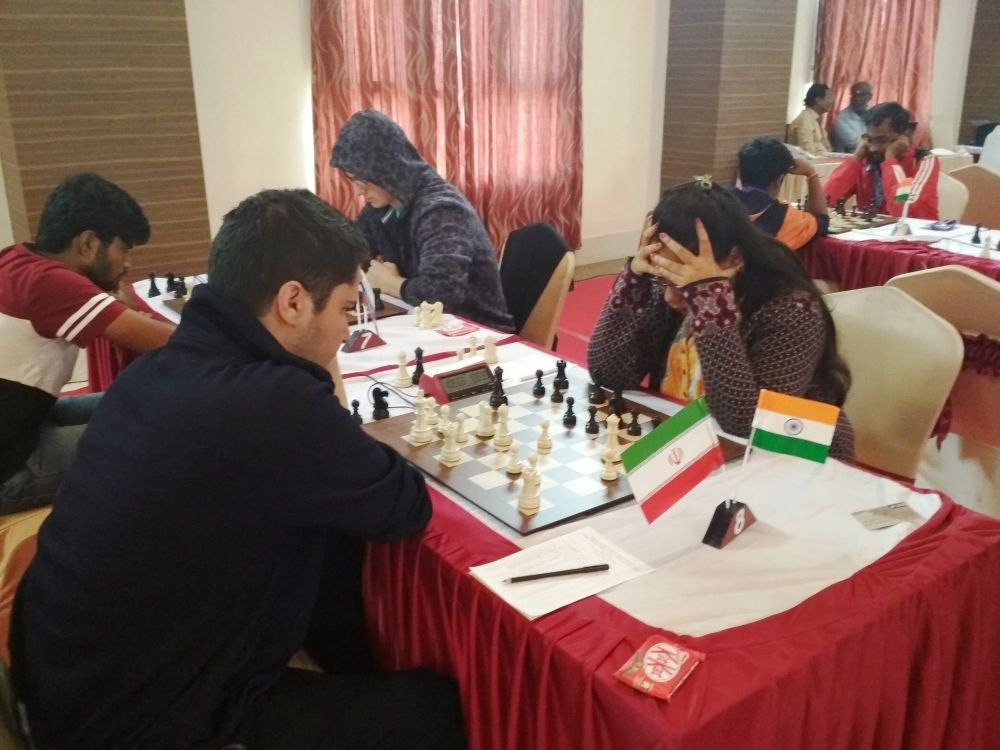