It was round four at the Athens of the East International Open 2019. IM Sayantan Das of West Bengal shocked the Russian Grandmaster and second seed of the event Boris Savchenko by checkmating him in a mere thirty-eight moves. It was a double-edged Sicilian game where the Indian player managed to heavily punish his opponent's slow and dubious plans. WGM Kiran Manisha Mohanty also created a stir by beating the Tajikistani IM Muhammad Khusenkhojaev. Elsewhere, Rajesh V A V, Konguvel Ponnuswamy, and Raja Rithvik R. held their higher rated adversaries Pavel Smirnov, Adam Tukhaev, and Masoud Mosadeghpour respectively to draws. All in all, after four rounds, three players - Sayantan Das, Venkatesh M R, and Kiran Manisha Mohanty - lead the event with 4.0/4. In this report we bring you photos, games, and more.

Sayantan, Venkatesh, and Kiran lead after round 4 of Athens of the East Open 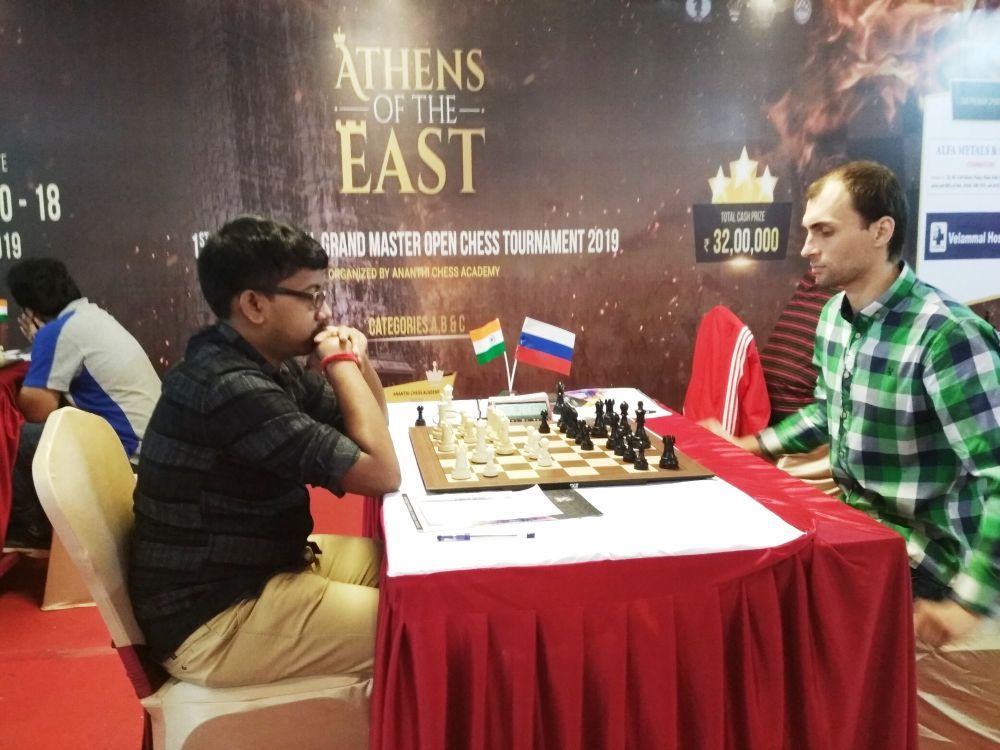 Playing with the Black pieces, Savchenko chose a somewhat offbeat variation of the Sicilian defense with an advance development of queen. The game soon turned sharp with White castling queenside and lashing out with a pawn storm on the opposite side. The Russian GM couldn't quite react with the most effective counterplay and found himself on the receiving end of a deadly onslaught in no time. Let us begin by looking at the highlights of this encounter. 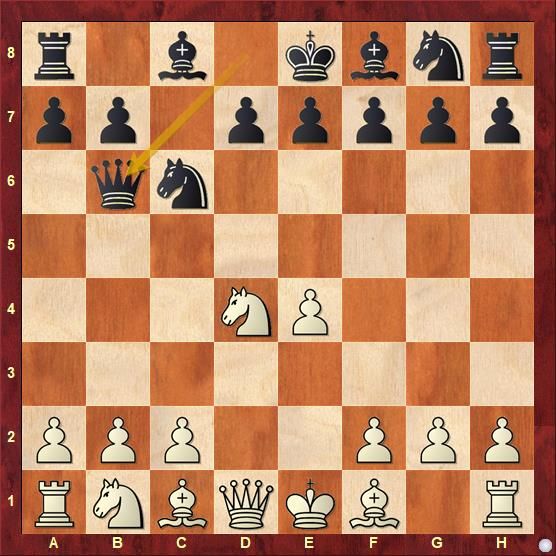 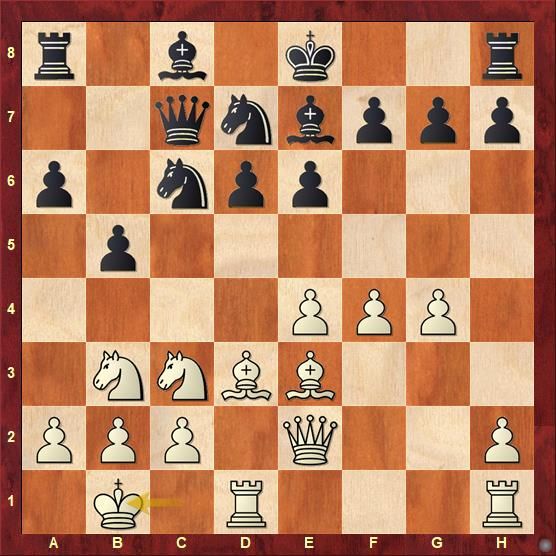 With 13.Kb1 White prepares for a full-fledged pawn storm on the kingside with g5 and h4. Black's best bet here perhaps would have been 13...Nb4 followed by Bb7 but in the game Savchenko opted for 13...Nb6 instead which seemed a tad slow. 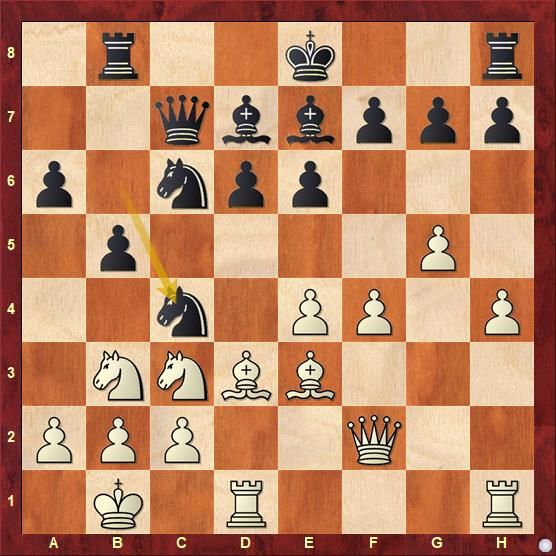 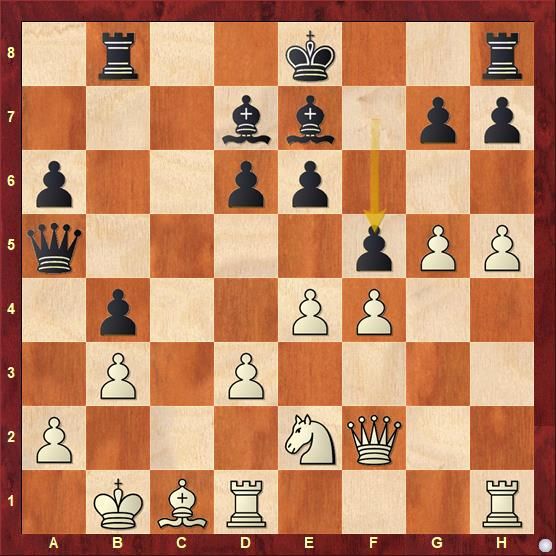 22...f5 was a mistake and led to further weakening of the kingside. White now had an unstoppable onslaught in store! 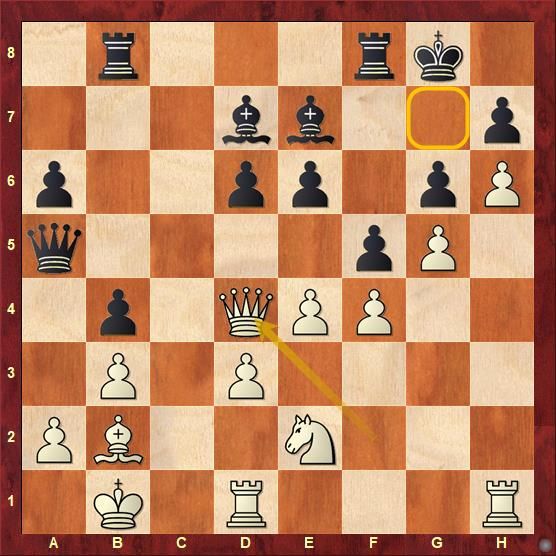 e5 is Black's only way to prevent mate on g7 but this results in a dangerous central liquidation that allows other white pieces to join the foray. 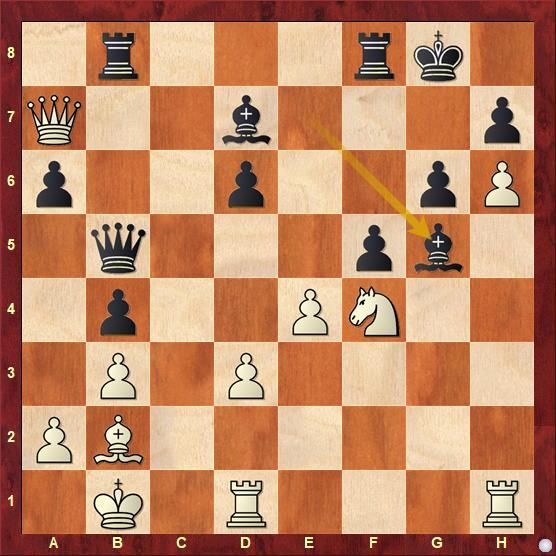 Can you guess White's final breakthrough move in the above position?

Here's the full game for you to peruse:

What happened in Kiran Manisha Mohanty versus Muhammad Khusenkhojaev is rather unfortunate as the latter had a decisive edge at one point of the game. The IM from Tajikistan blundered, first to blow away his advantage and then to end up in a lost position. 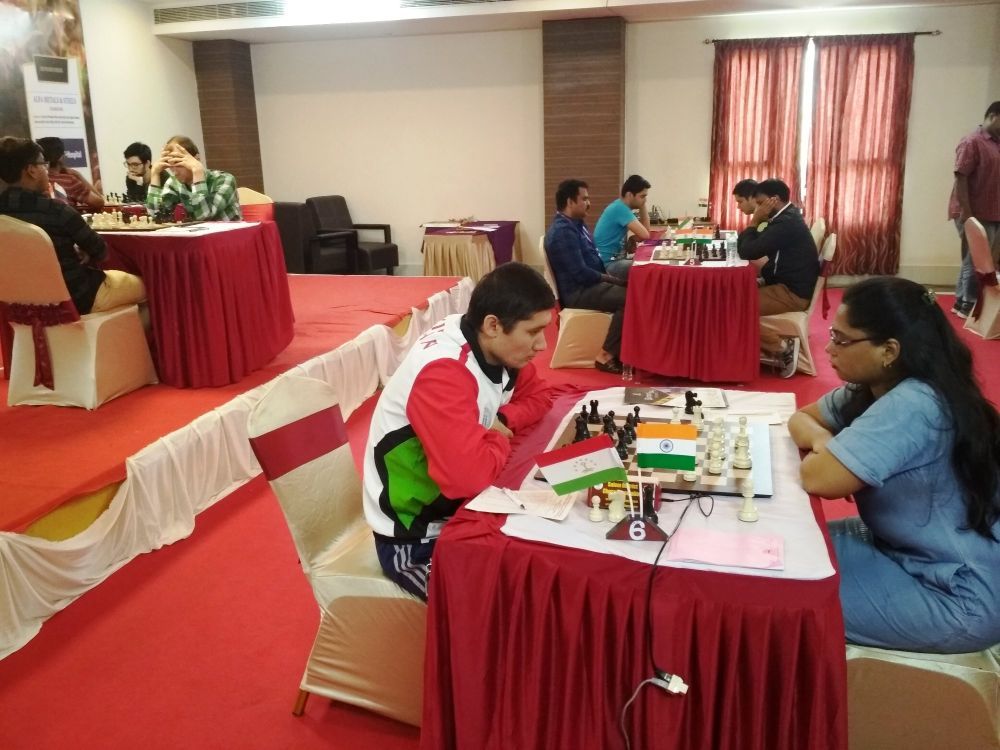 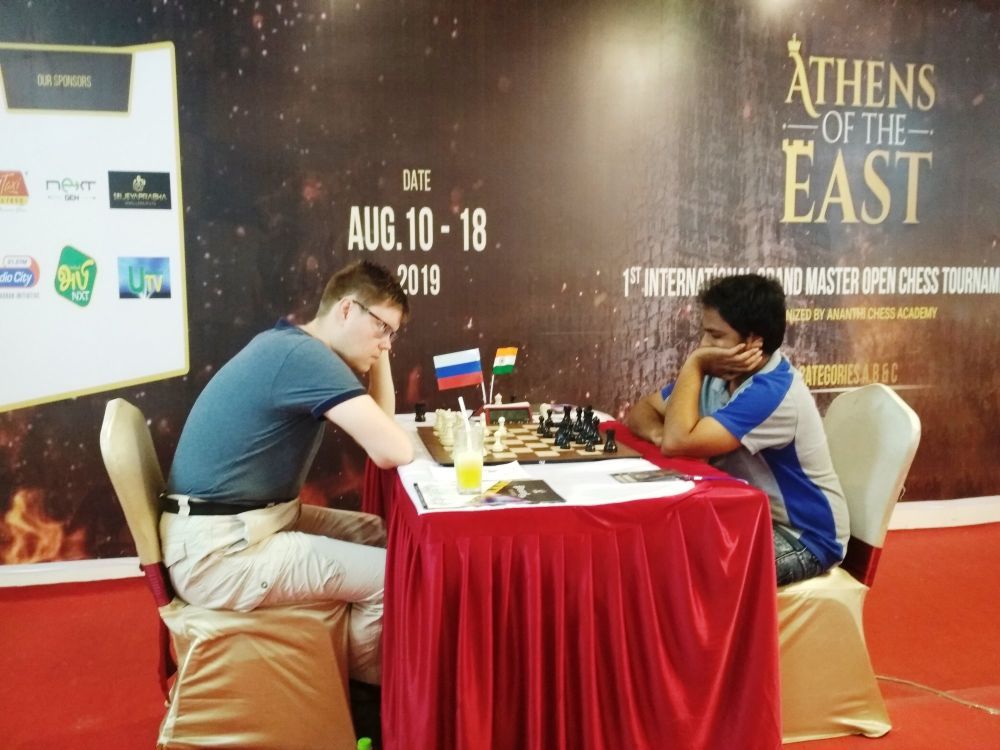 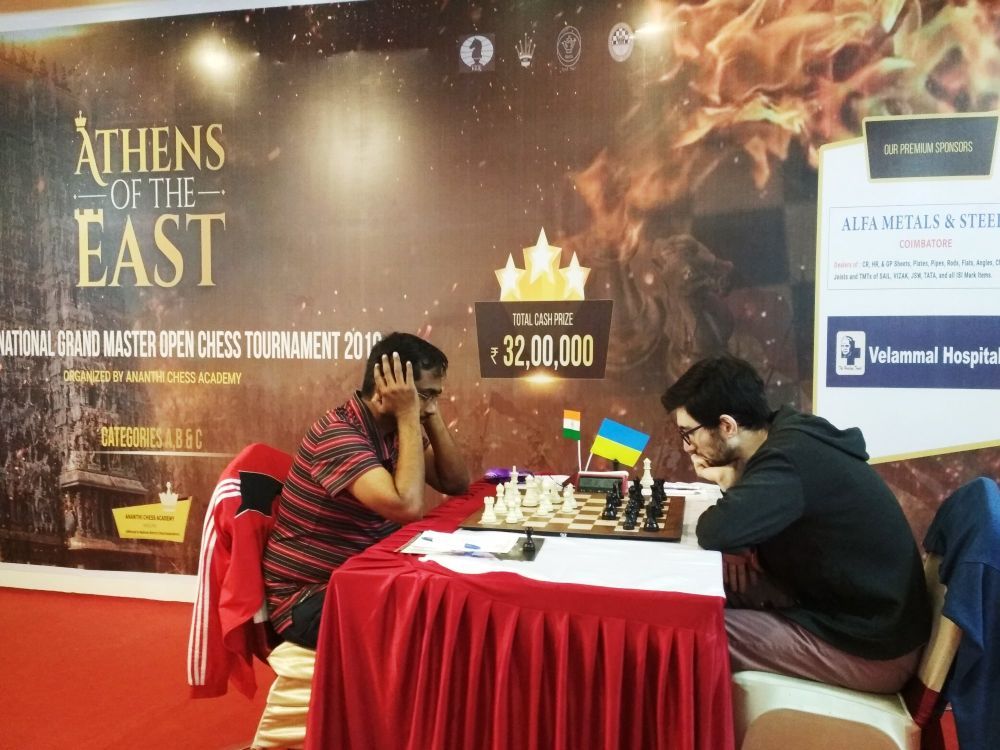 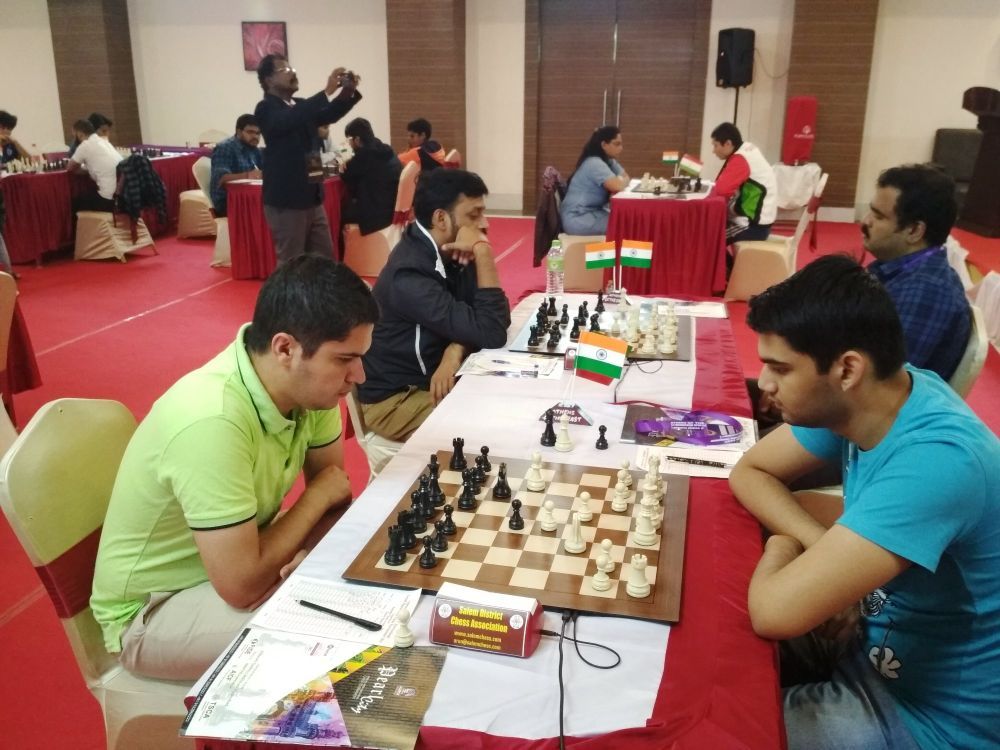 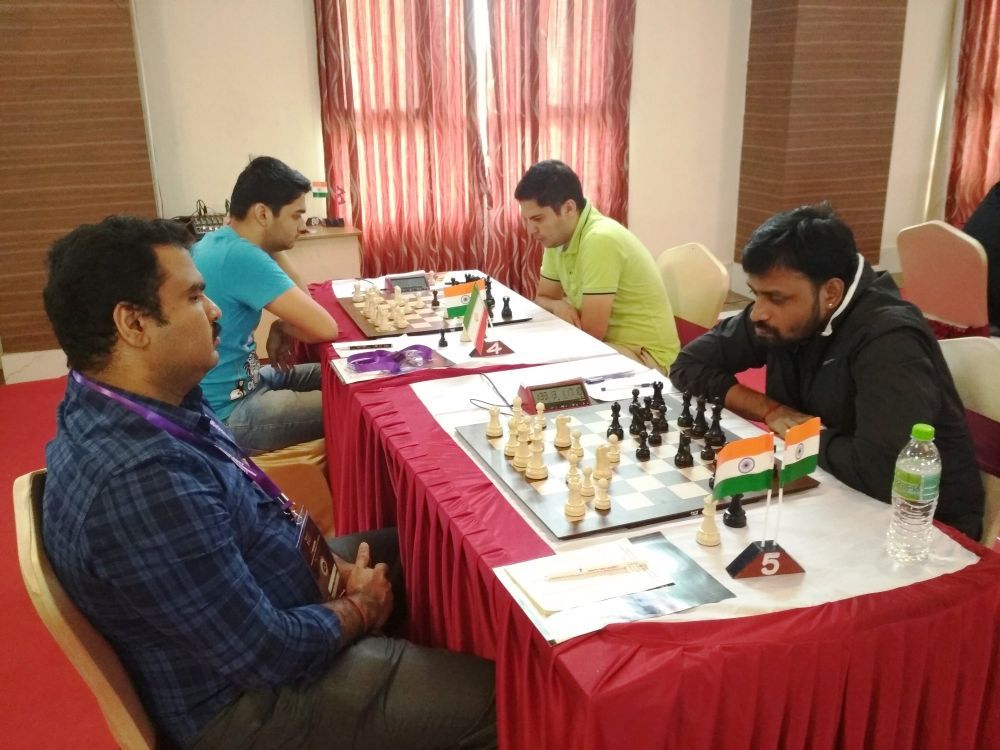 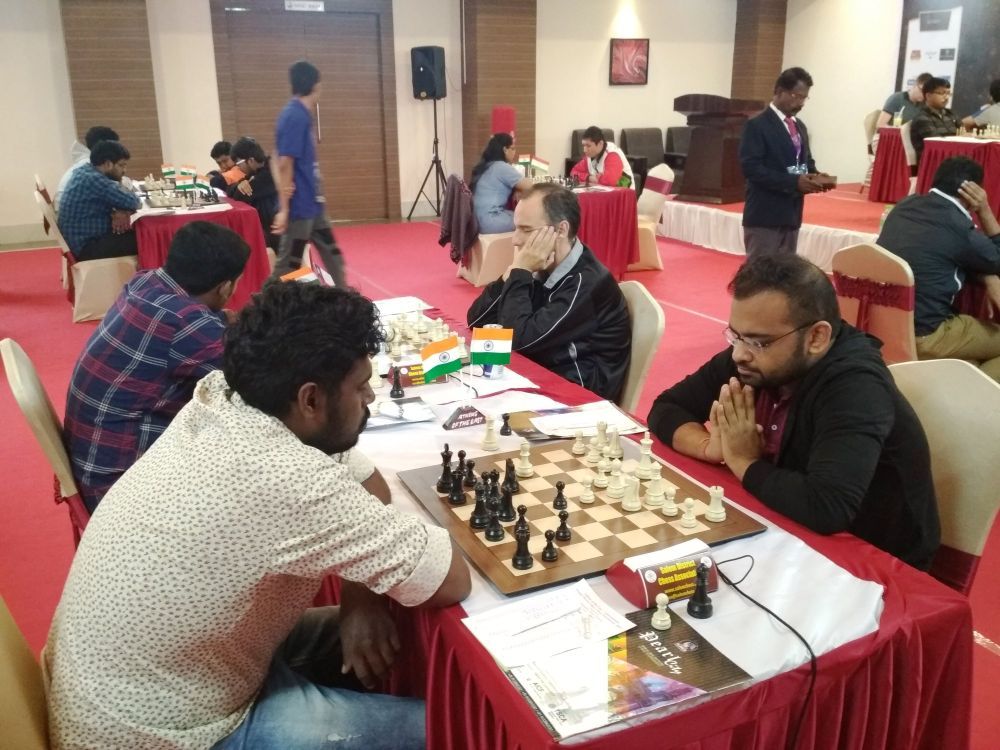