Grandmaster Venkatesh M.R. has so far won all his games to attain a perfect score of 6.0/6 after six rounds in the ongoing Athens of the East International Open 2019. His victories in rounds five and six, over International Masters Sayantan Das and Konguvel Ponnuswamy respectively, have put him a full point ahead of the entire field. A pack of seven players follow not very far behind on 5.0/6 which also include the top seed of the event Abhijeet Gupta and third seed Pavel Smirnov. The second seed Boris Savchenko, who was held to a draw with the black pieces by Gupta in the sixth round, has slipped to the tenth place with 4.5/6. The previous day of the event had double rounds and in this report we bring to you the glimpses of the most important moments. 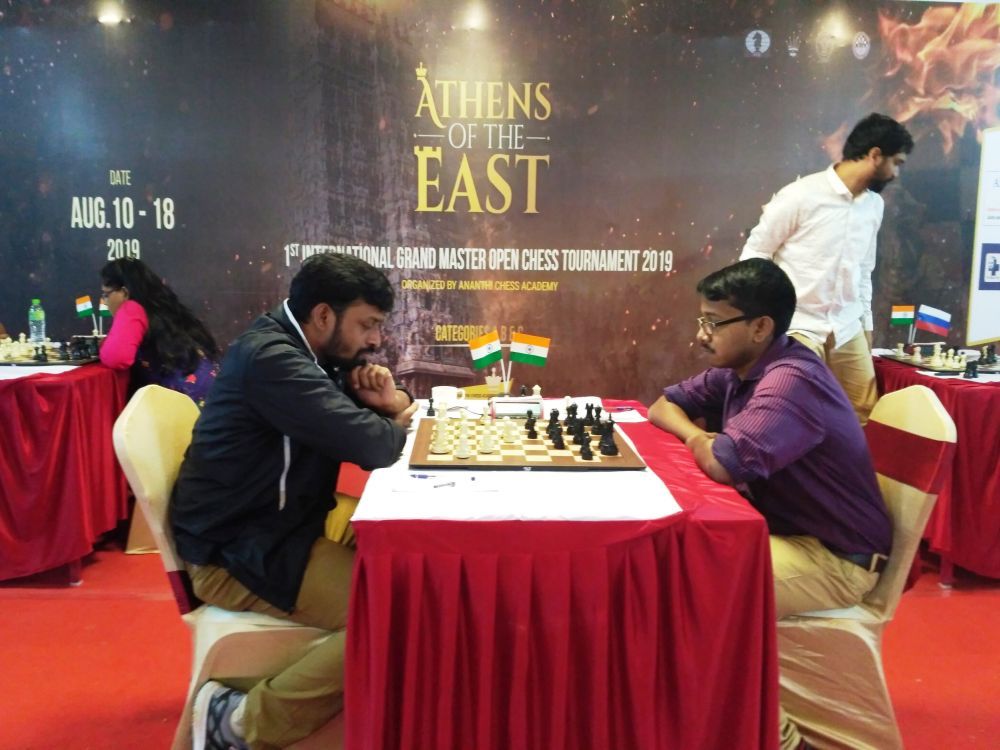 International Master Sayantan Das was having a sensational run until the fifth round when he suffered defeat in the hands of Grandmaster Venkatesh M.R. | Photo: IA Rathinam Anantharam

In this encounter Venkatesh had the white pieces. The game started off with Sicilian and the Bengal player eschewed the open variation to enter into a slightly passive French defense like structure. White slowly but surely capitalized on his better mobility of pieces and active bishop pair to grab a pair of extra pawns at which point Black decided to call it a day. Let's look at the highlights of what happened. 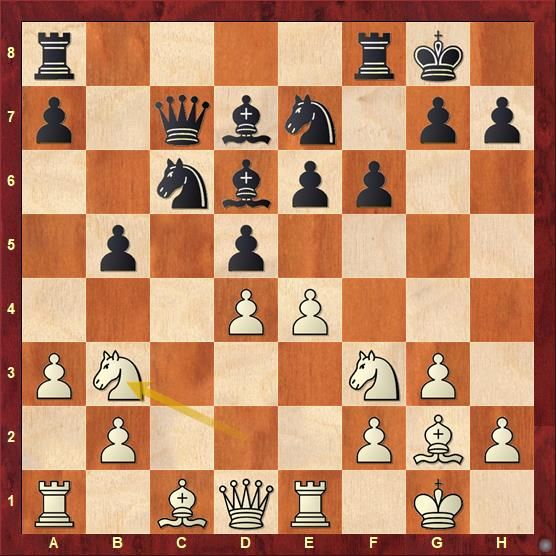 Black played the move 13...a5 here, the only other alternative to be considered is perhaps 13...dxe4 which also leads to a slightly passive position. 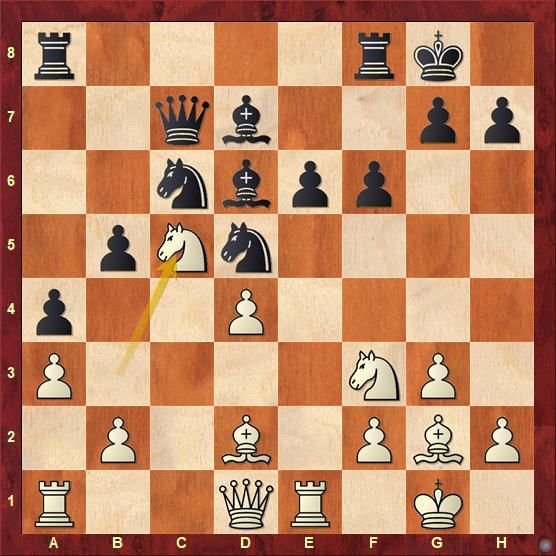 Black couldn't afford to allow the white knight stay on c5. After Bxc5 dxc5 the position simply opened up for White's superior pieces. 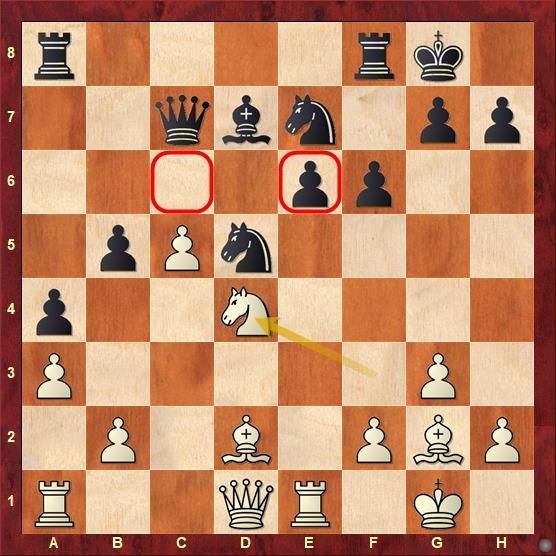 The knight on d4 keeps an excellent eye on c6 and e6 squares, Black had to play 18...e5 here and after 19.c6 another pair of minor pieces were off the board. 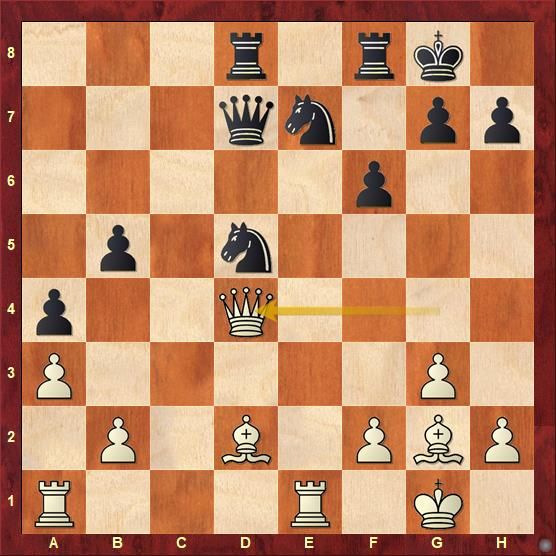 White's pair of bishops coupled with the queen soon started to breathe fire across the board. 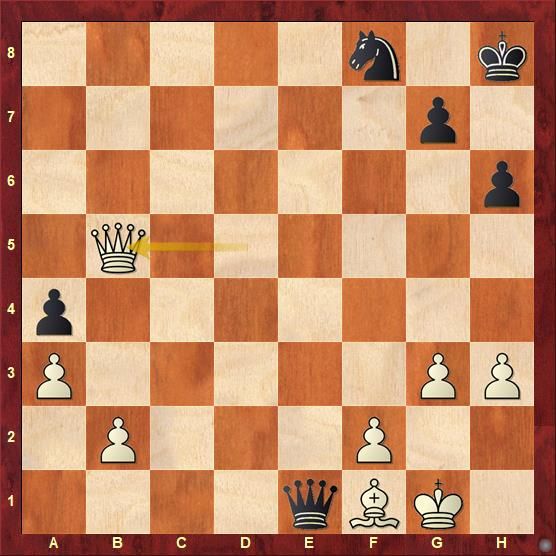 White picked up two extra black pawns and here it was game over for Black. 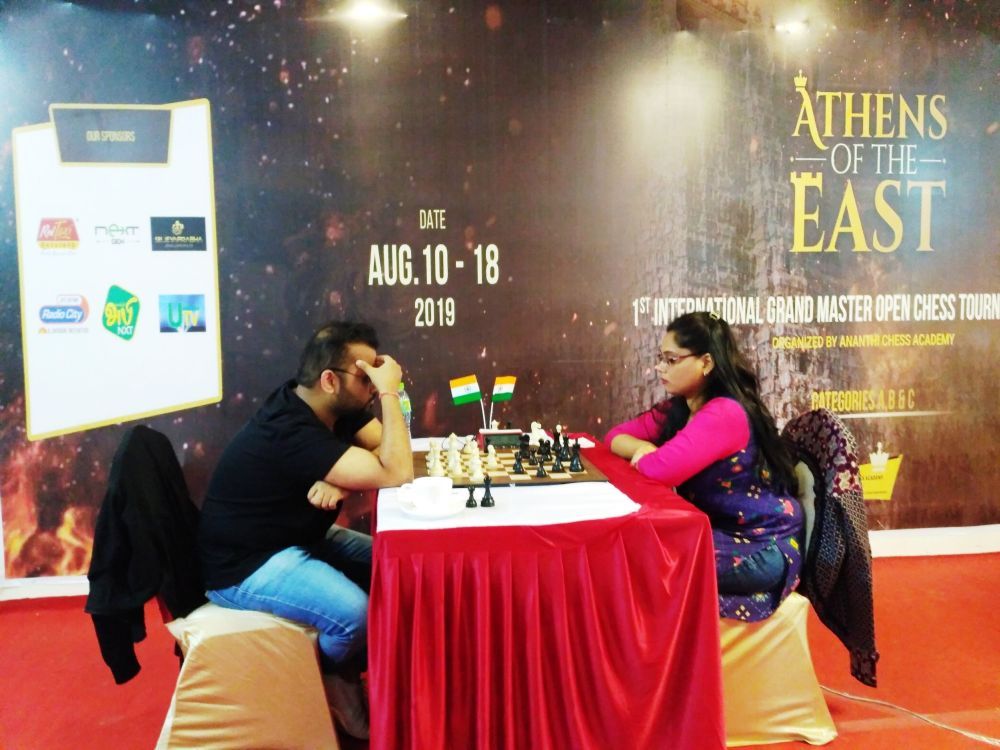 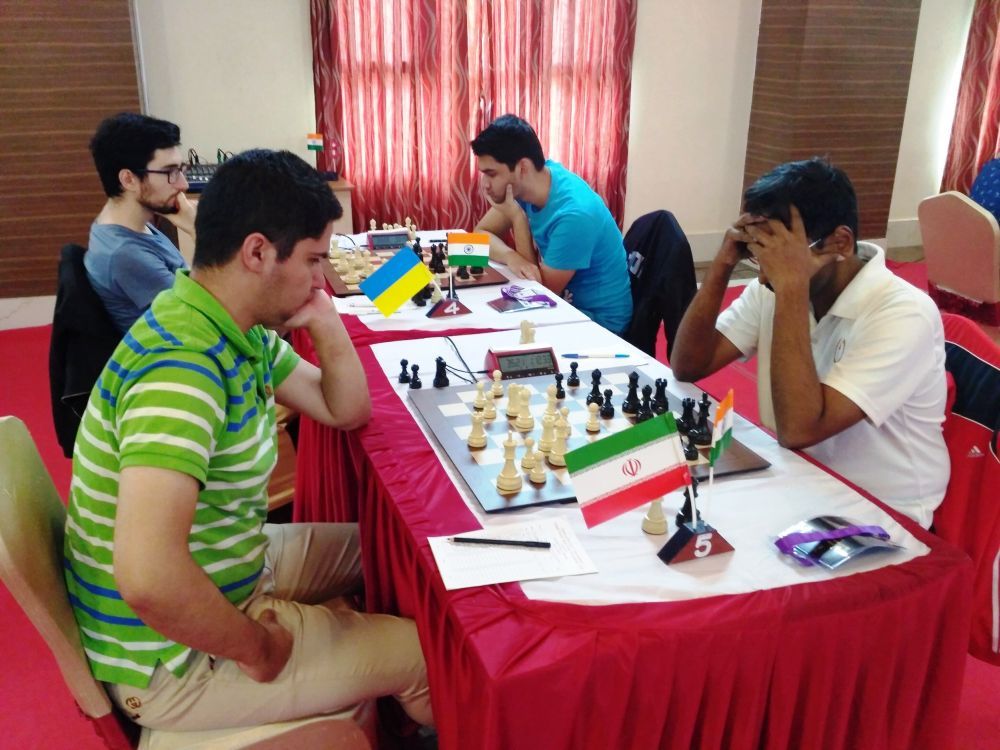 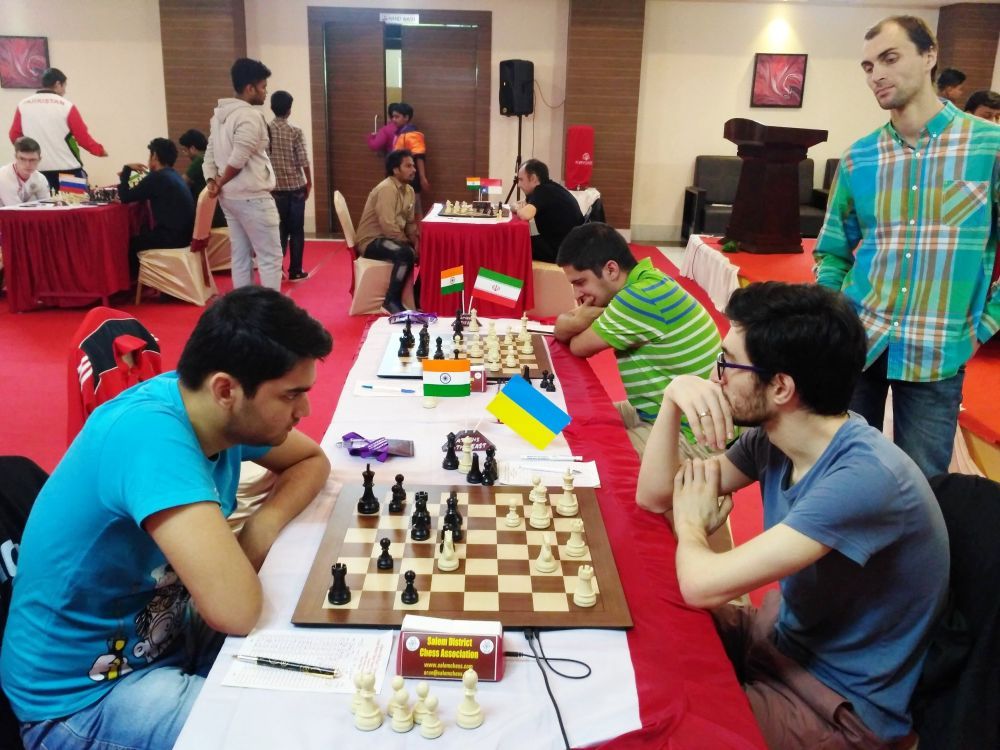 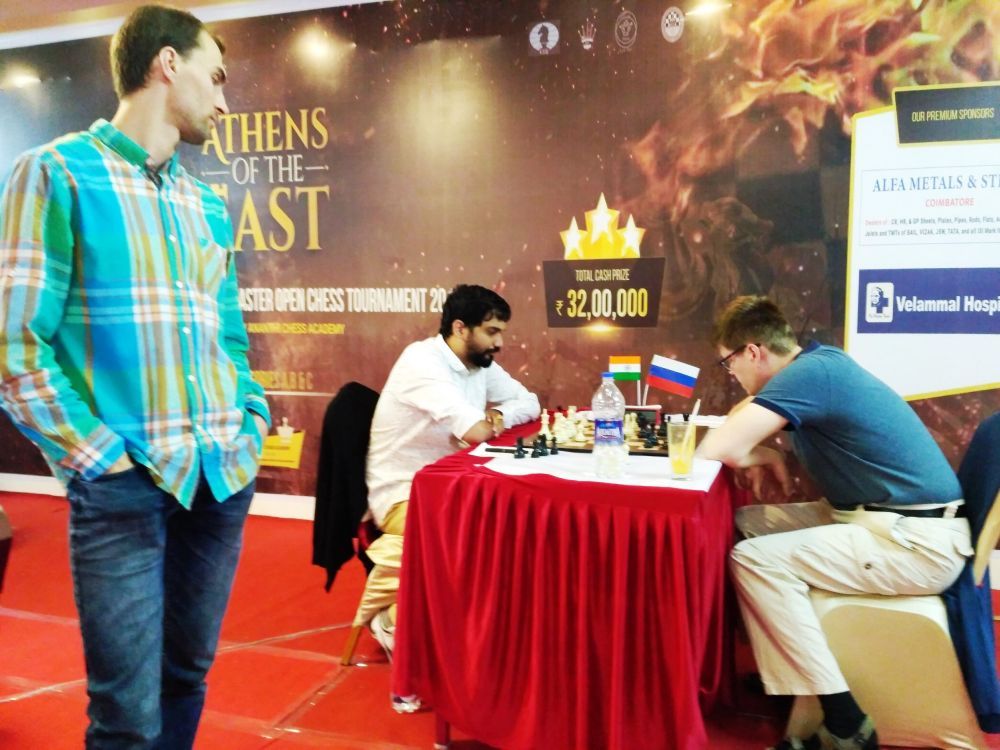 Detailed results of round 5

Round 6: Venkatesh takes the sole lead 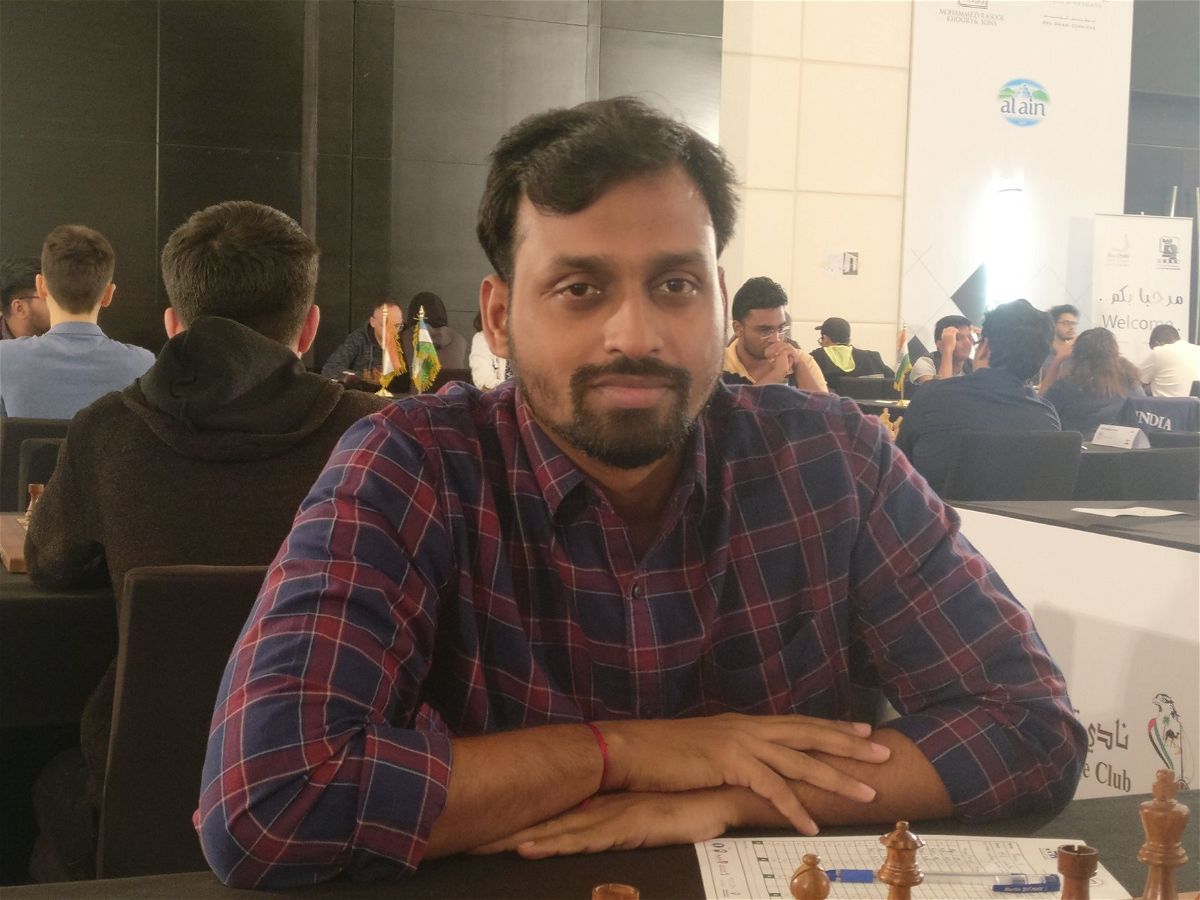 Grandmaster Venkatesh M.R. registered his sixth consecutive victory against IM Konguvel Ponnuswamy in the sixth round, thus emerging as the sole leader of the tournament. In round 7 he faces the third seed Pavel Smirnov with white pieces | Photo: Rupali Mullick, Abu Dhabi 2019

Detailed results of round 6