The 2nd Gujarat International Open Chess Tournament has begun in Ahmedabad, Gujarat and will continue till the 29th of September 2019. The category A of the event has attracted a total of 206 participants this year from 13 different nations across world out of which 166 are from India. There are as many as 46 titled players competing which include 15 Grandmasters and 13 International Masters. With a rating of 2596, Ivan Rozum of Russia is the top seed of the event, while Deepan Chakkravarthy and Sandipan Chanda of the host country follow him closely on the second and third spots respectively. The tournament is disbursing an impressive cash fund of Rs.13,00,000/- in the category A event and Rs. 25,00,000/- in all. In this illustrated article we bring you the glimpses of the first day's action.

The 2nd Gujarat International Open Chess Tournament this year has three categories in all. The category A of the event is meant for players rated 2000 or above, while categories B and C are reserved for players below 1999 and 1599 respectively. Organized by the Gujarat State Chess Association, the category A - Grandmasters is a ten-round Swiss event which gives 90 minutes to each player for the entire game with a 30 seconds increment per move from move one. 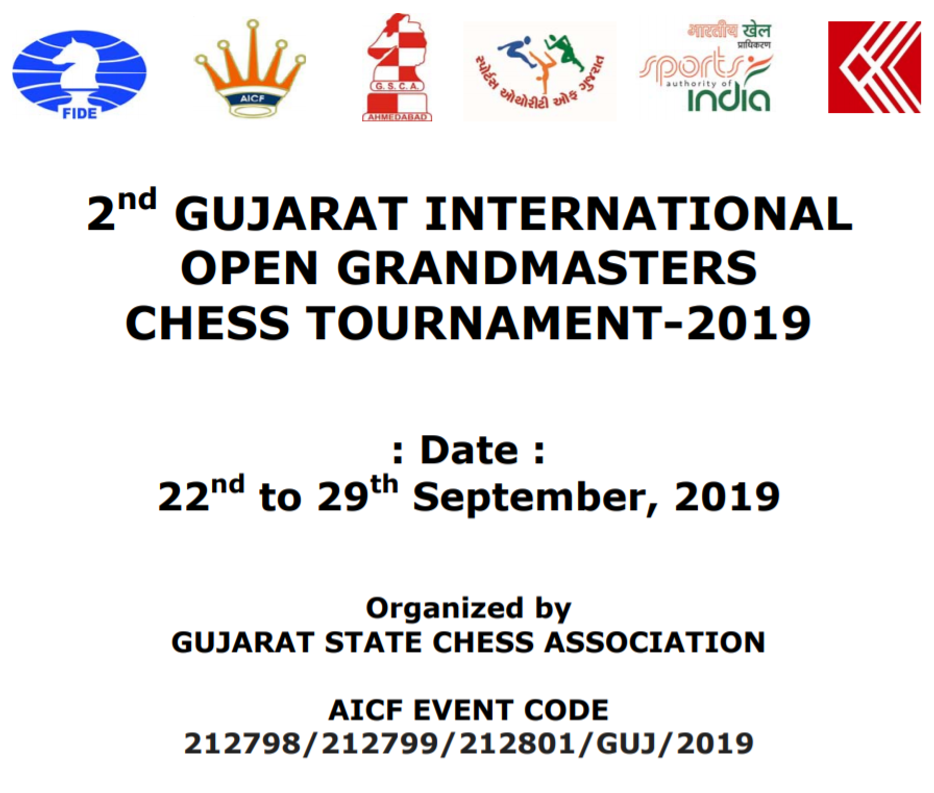 The first round of the event went as expected as most of the top players won comfortably against their lower rated opponents. However, the eighth board witnessed a huge upset as India's blitz king, Grandmaster Laxman Rajaram, went down against 1813 rated Chilukuri Sai Varshith with the white pieces. Rodrigo Vásquez Schroder was also surprisingly held to a draw by AIM Abhay Bandewar in 34 moves on board six. 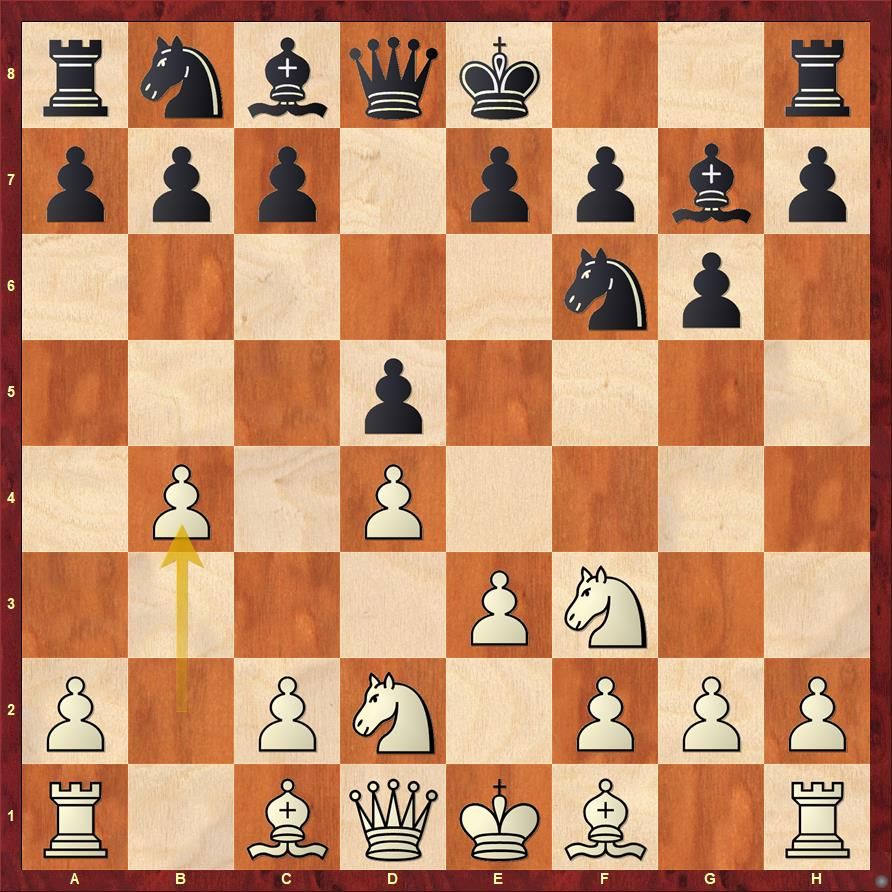 The so called East Indian opening is a sort of offshoot of the King's Indian defense where White delays c2-c4 push and thus hopes to preserve more options. 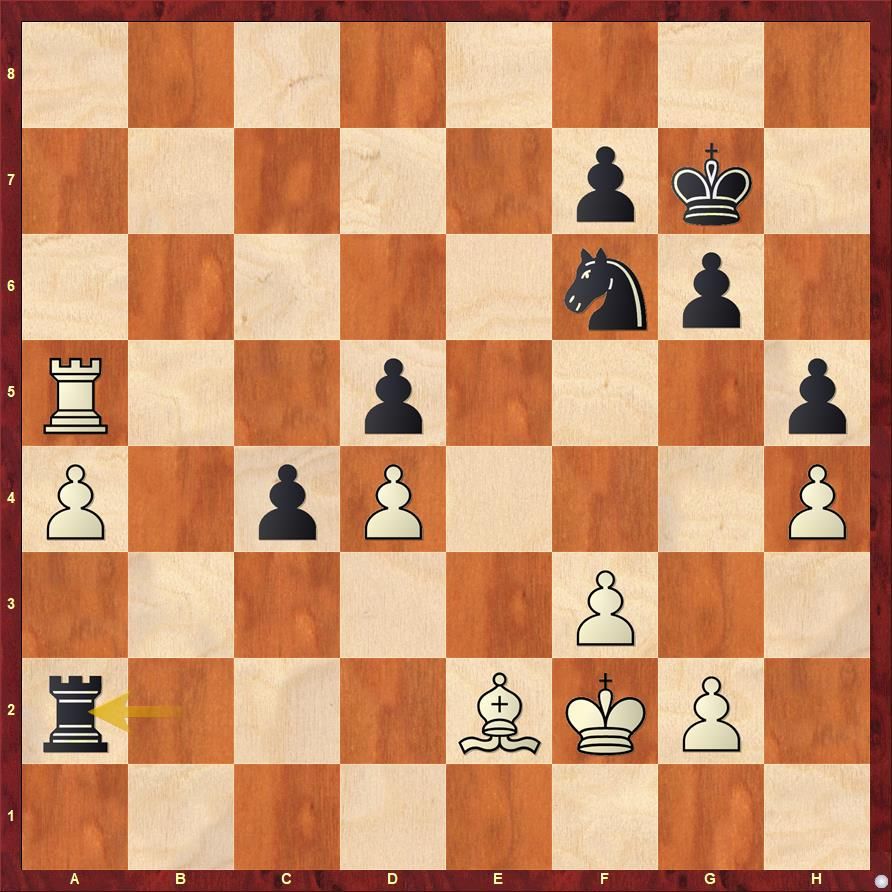 The above was the most critical moment in the game. White's bishop is pinned down by the active black rook and the d5, c4 pawns too keep it under check. What would you do if you were in White's shoes here?

Well, Black's pieces are visibly better placed than White's and his next course of action would be to improve his f6 knight via Nh7-f8-e6 or Ne8-c7-e6. Keeping this in mind the most logical move for White here is the prophylactic g3. This controls the all important f4 square and thus keeps the black knight at bay. In the game however 43.Ra7 was played and this allowed Black to seize the initiative with 44.Ra5 Nc7 45.Ke3 Ra3+ 46.Kd2 Ra2+ 47.Ke1 Ne6 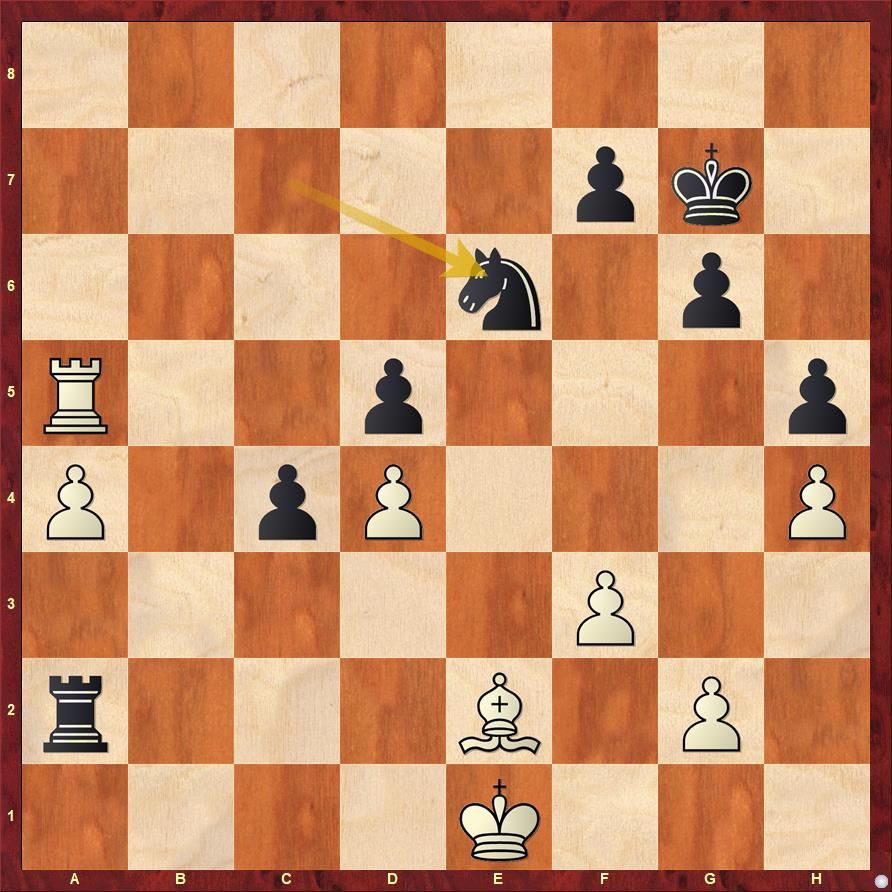 Note, the white bishop on e2 is still hemmed in while Black has improved the position of his knight. Rxd5 is not possible here because then comes Rxe2+ Kxe2 Nf4+ fork! Also, 48.g3 doesn't make much sense now as Black can then simply push 48...c3! 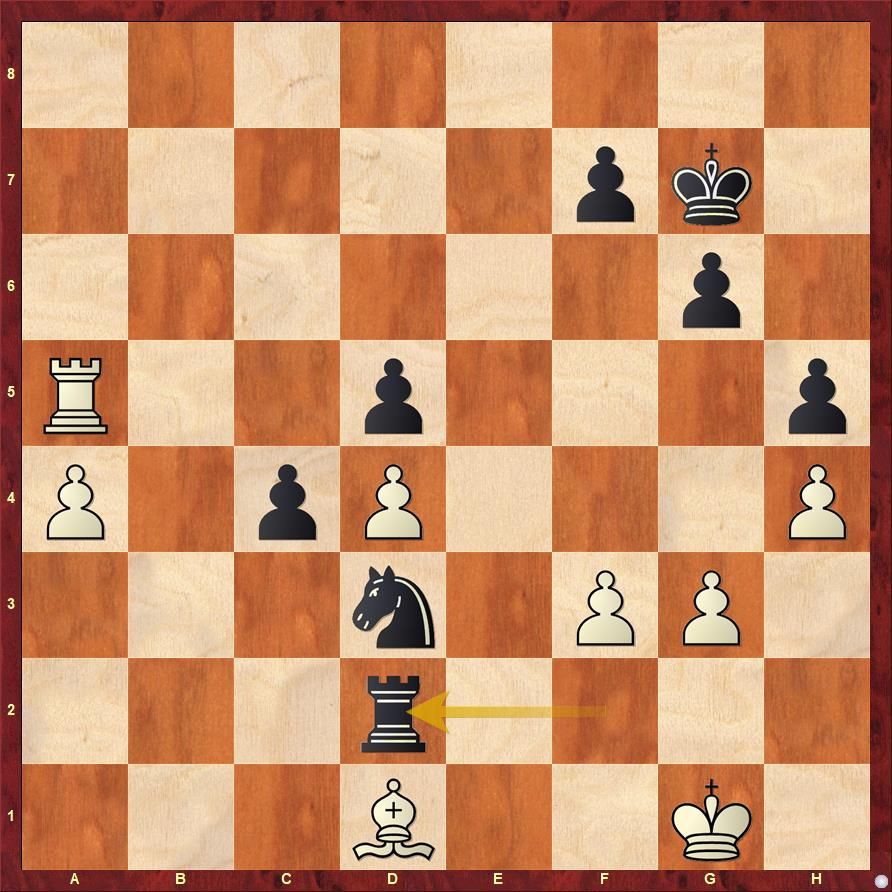 Finally, with 51...Rd2, the bishop was trapped. The game was resigned soon after on move 63 when Black was just about to promote his passed c-pawn. 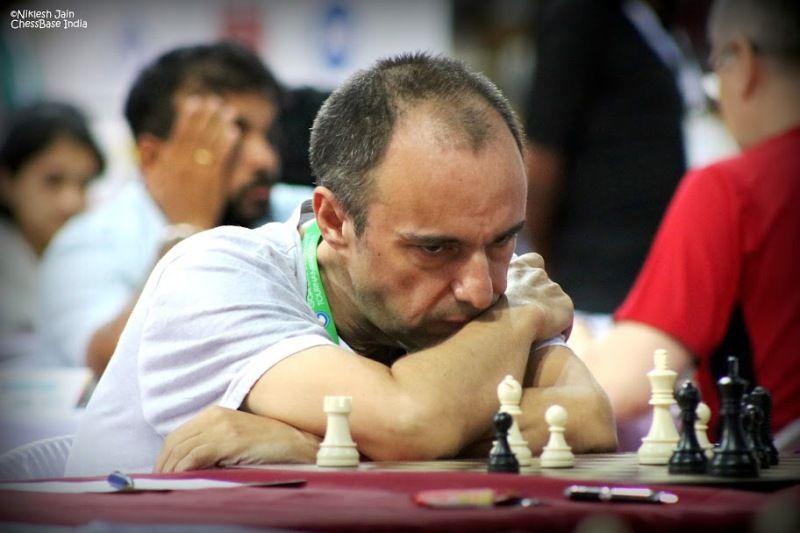 In what was another surprising result of the day, the Chilean Grandmaster Rodrigo Vásquez Schroder was held to a draw by 1815 rated Abhay Bandewar of Madhya Pradesh with black pieces | Photo: Niklesh Jain

All other games on the top boards ended in favour of the higher seeded players. Ivan Rozum beat Delhi's Subham with the black pieces on board one and on boards two and three Deepan Chakkravarthy and Sandipan Chanda got the better of Abdullah Al Raison and Garv Rai respectively. A total of 86 players are tied to the first place with 1.0/1 after round one. The results of top twenty boards at the end of first round is given below:

Photos from the inauguration ceremony 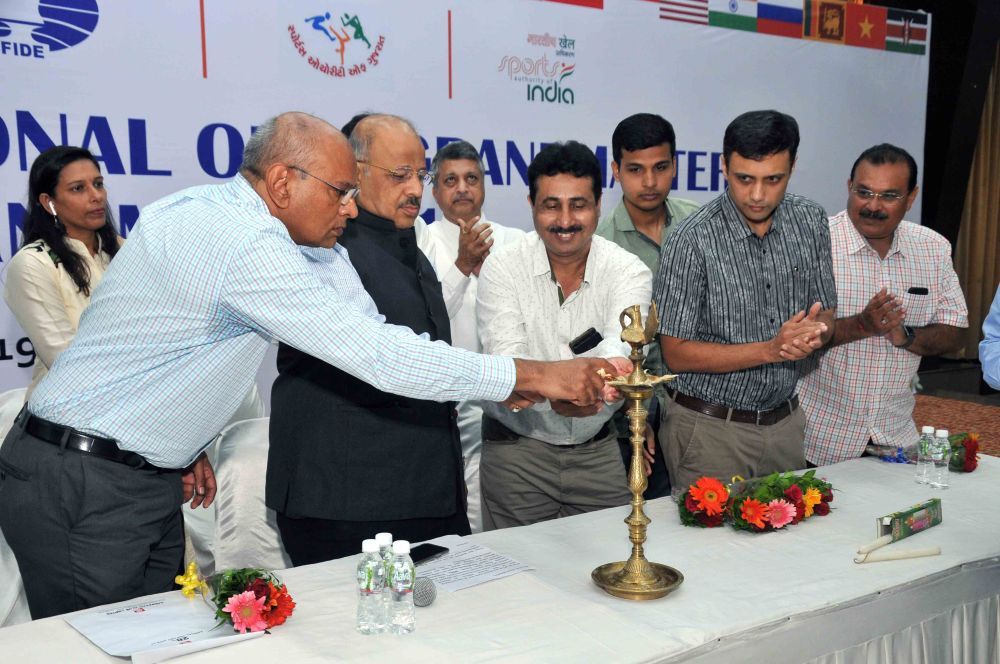 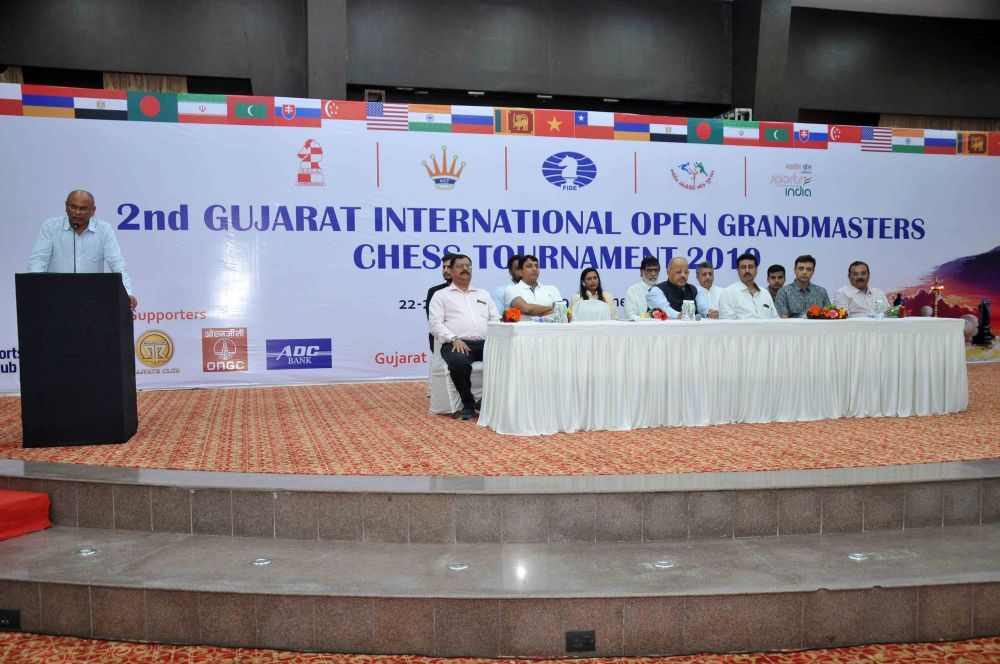 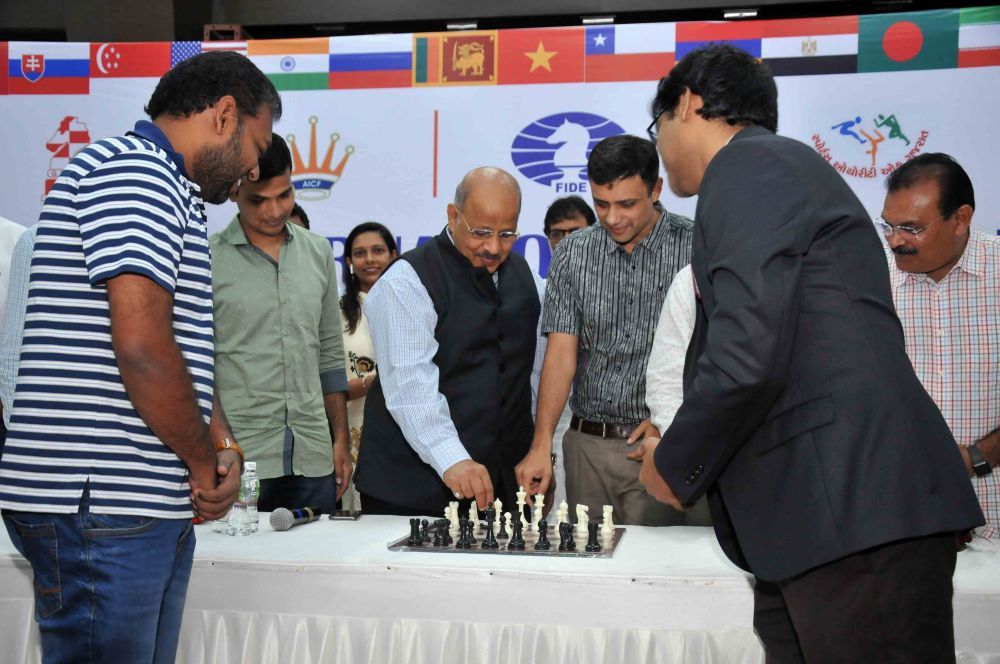 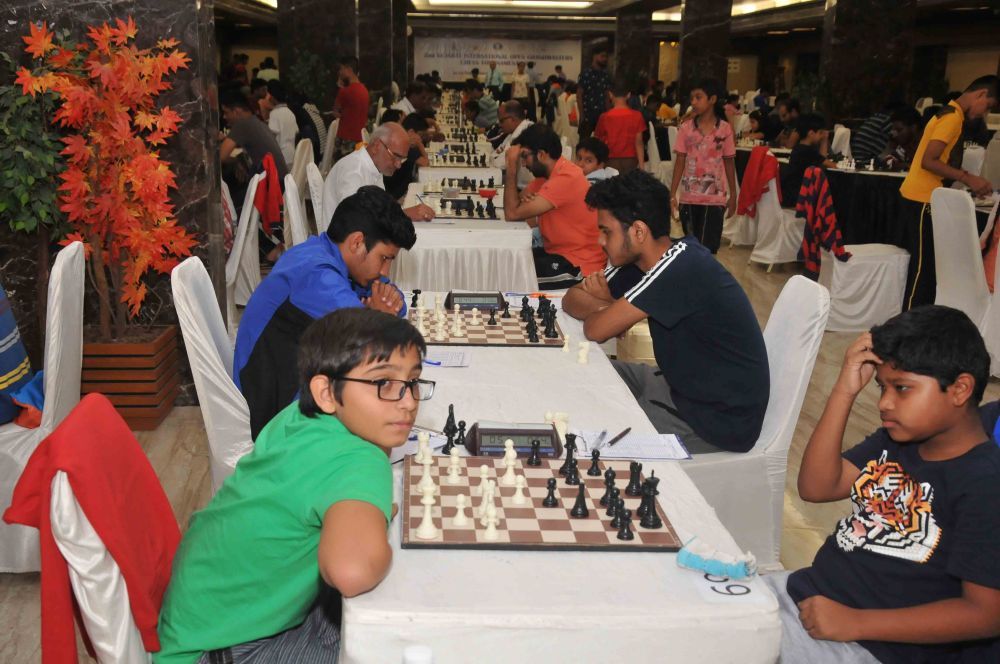 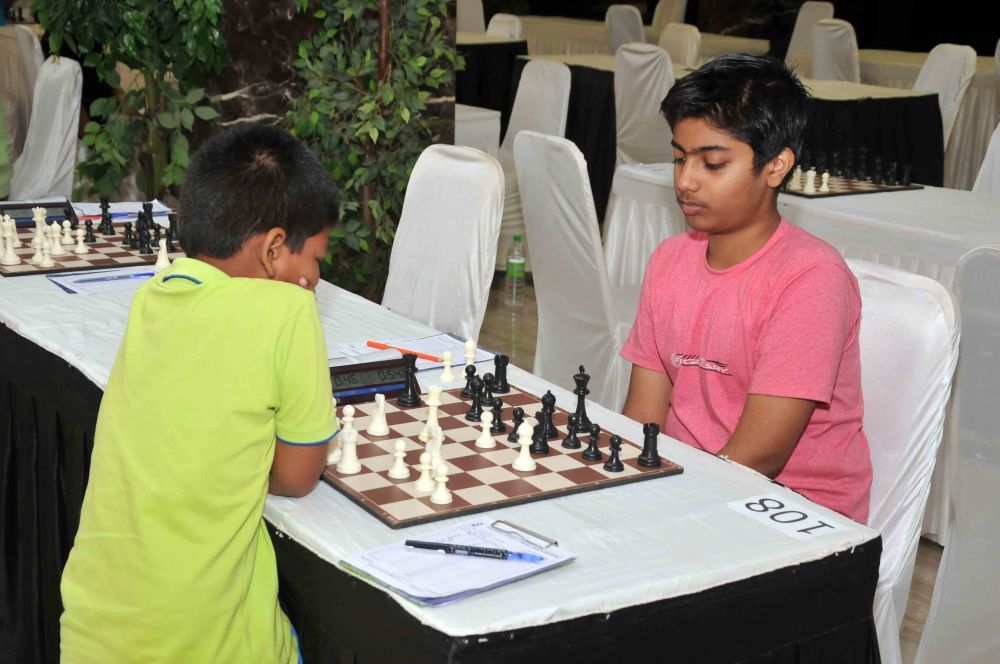 The first round under way 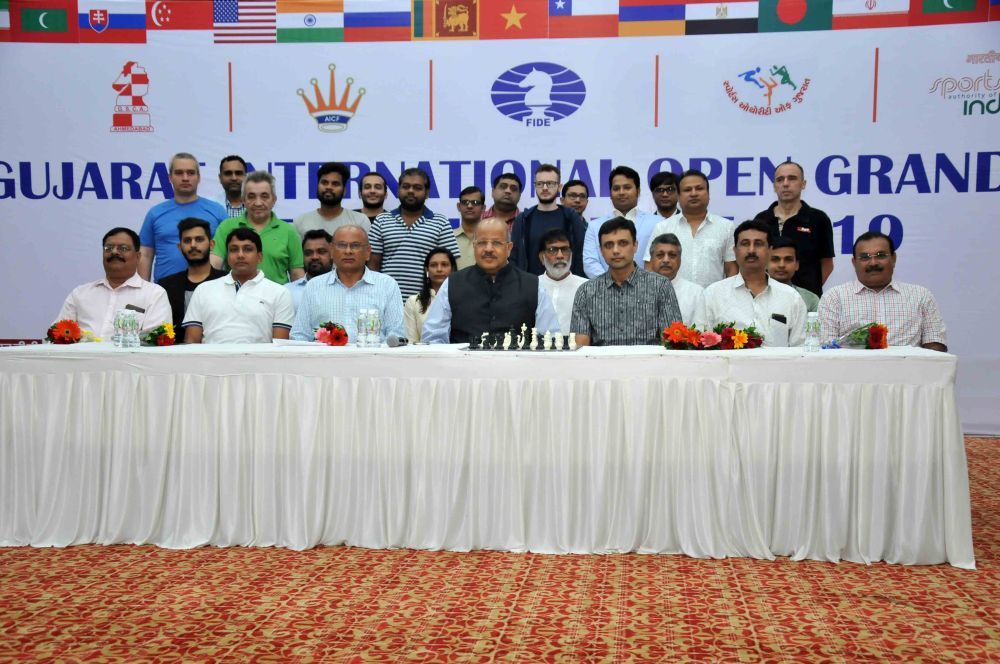 The delegates and officials with the players. 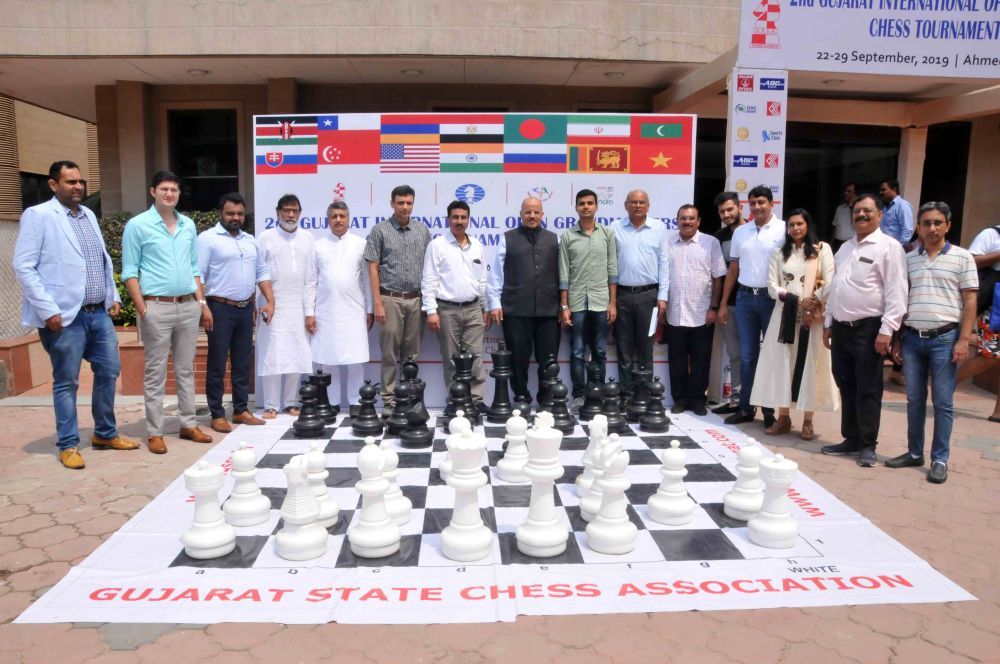