In 2018 we had Parham Maghsoodloo who made a dash towards the finish line at the World Junior Championships. He won the event with one round to spare. In 2019 it seems like Evgeny Shtembuliak is going to take the honours. Although there are still four rounds left to be played, the Ukrainian GM has beaten some of the strongest opposition in the tournament. In round seven he got the better of GM Aram Hakobyan in the tense encounter. Shtembuliak leads with 6.0/7. He is followed on 5.5/7 by Miguel Santos Ruiz alone. In the girls section Mobina Alinasab remained in the lead after her draw against Stavroula Tsolakidou, but she was joined at the top by Polina Shuvalova as well. Detailed round seven report from New Delhi.

Remembering the legacy of Korchnoi

One of Korchnoi's biggest contributions to opening theory was seen in his game against Udovcic from 1967. It was a pawn sacrifice line in the French. It was not the first time that someone had played this, but Korchnoi was the first world class player who tried it in practice. It went very well for him in the game and till date the opening has been played on the highest level. 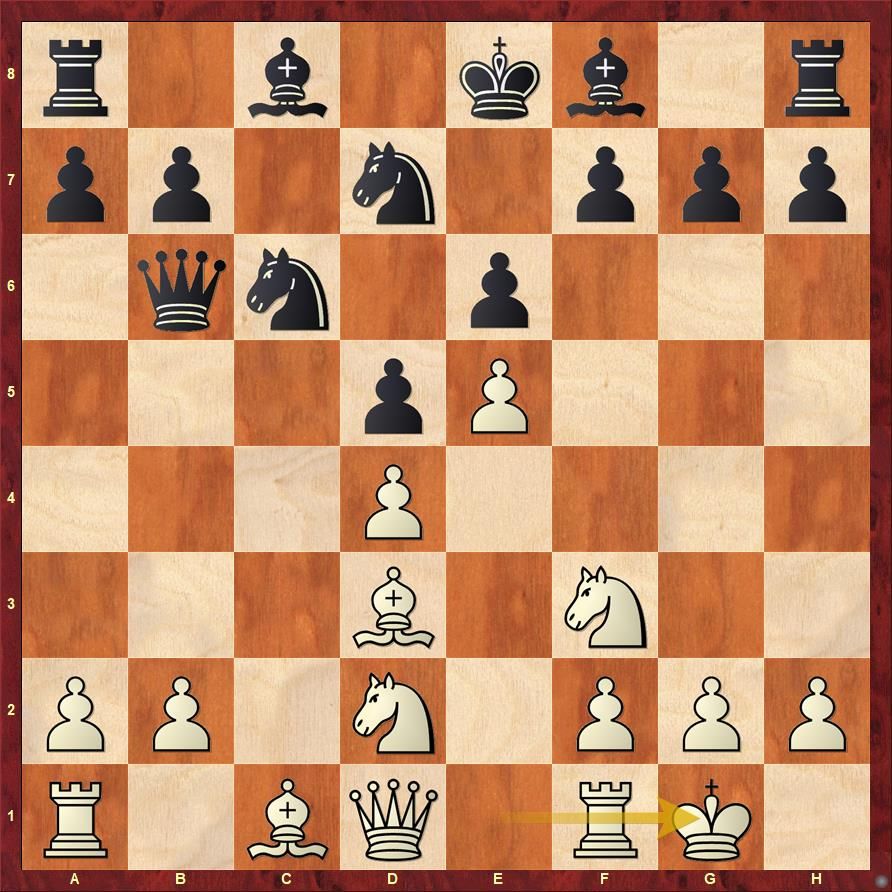 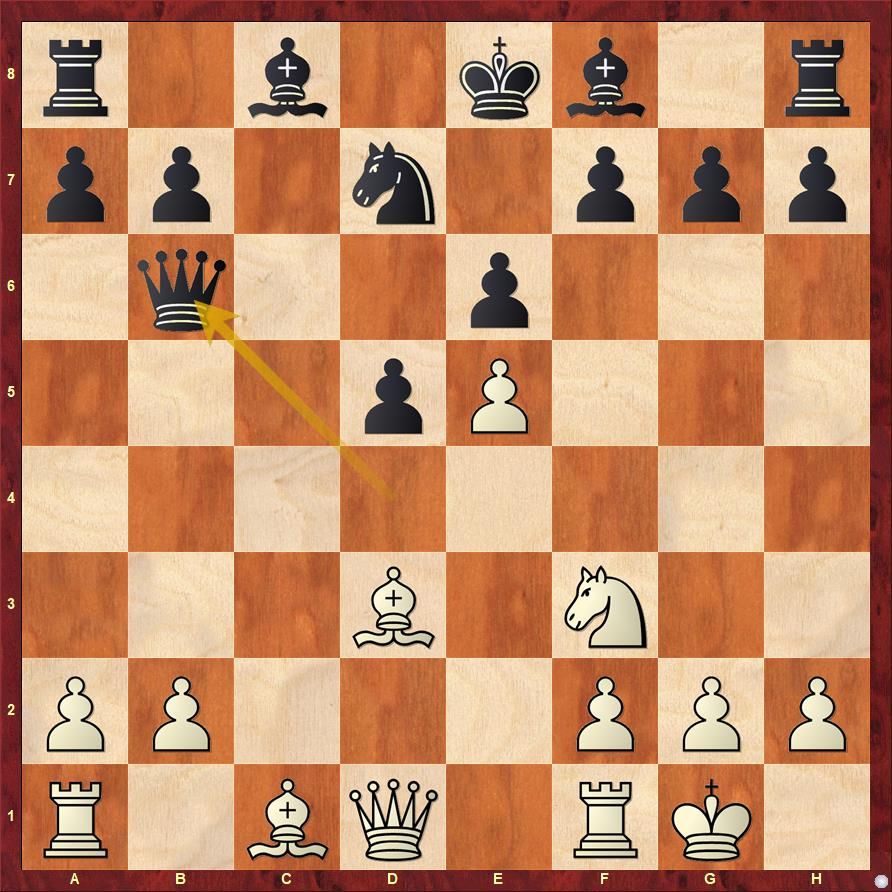 In this position the main move for White is Qa4, when Black does best to prevent the queen from sliding on the kingside with Qb4. Hence Divya played a3 first. Not the most popular, but it was enough to throw her opponent off track.

Altantuya responded to a3 in the above position with a5 and this was the critical mistake. White jumped in with Qa4 and with no Qb4 possible and the b5 square weakness, the game was already decided in Divya's favour. 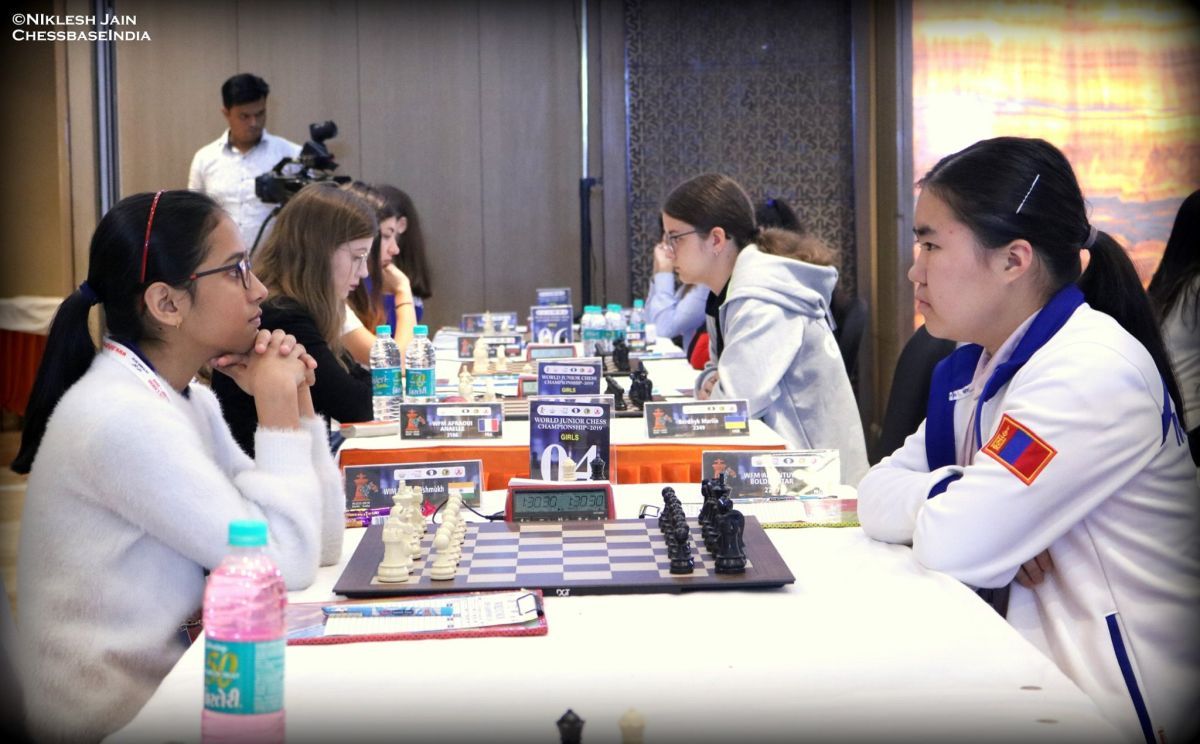 On board no. 1 in the girls section we had IM Stavroula Tsolakidou coming up with an interesting novelty on move no.8: 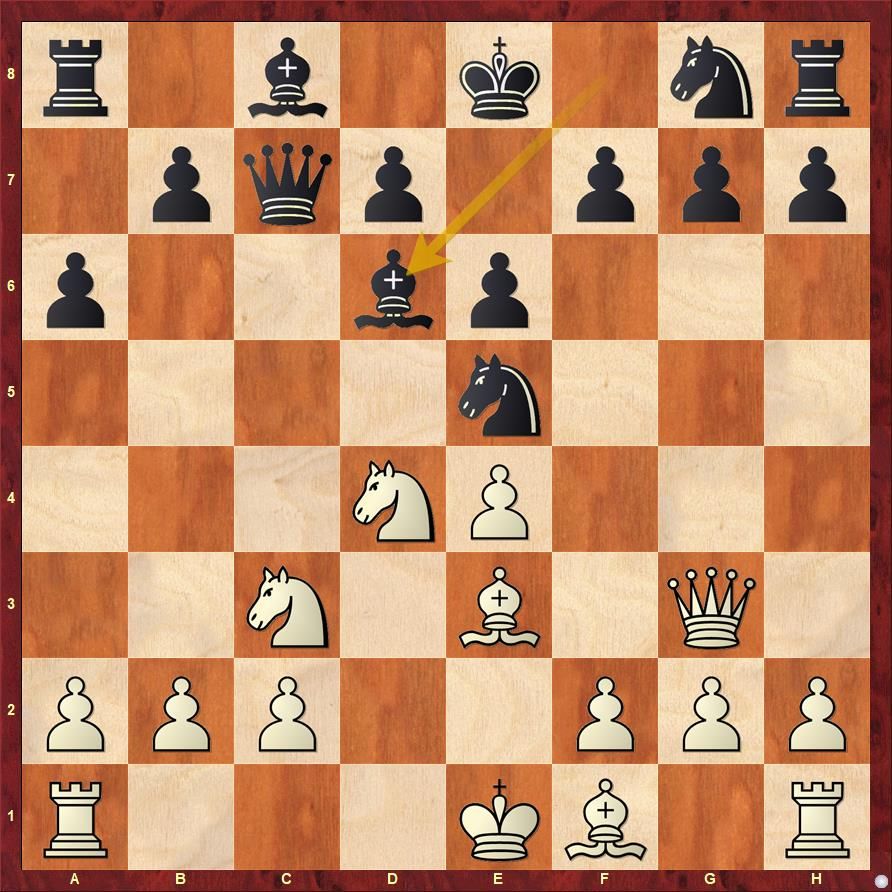 In this well known position of Sicilian Taimanov, the move ...Bd6 had never been played before. The point is that Qxg7 is met with Ng6 and Black is doing completely fine. But what about f4 and e5? Well, this is how Mobina continued. 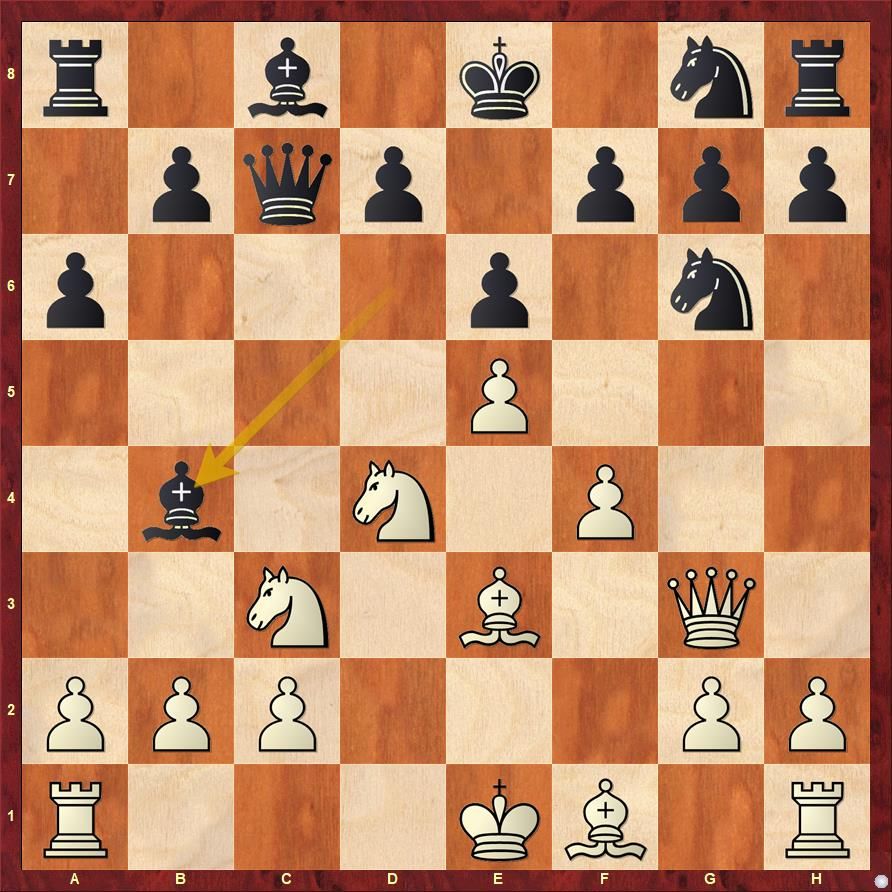 In this position the Iran girl had to play Bd3 and after Bxc3 bxc3 Qxc3, move her king to f2 to get a very nice and active position. But in the above position Mobina went 0-0-0 and the position was extremely complex.

The game went on for 72 moves before the players agreed for a draw. 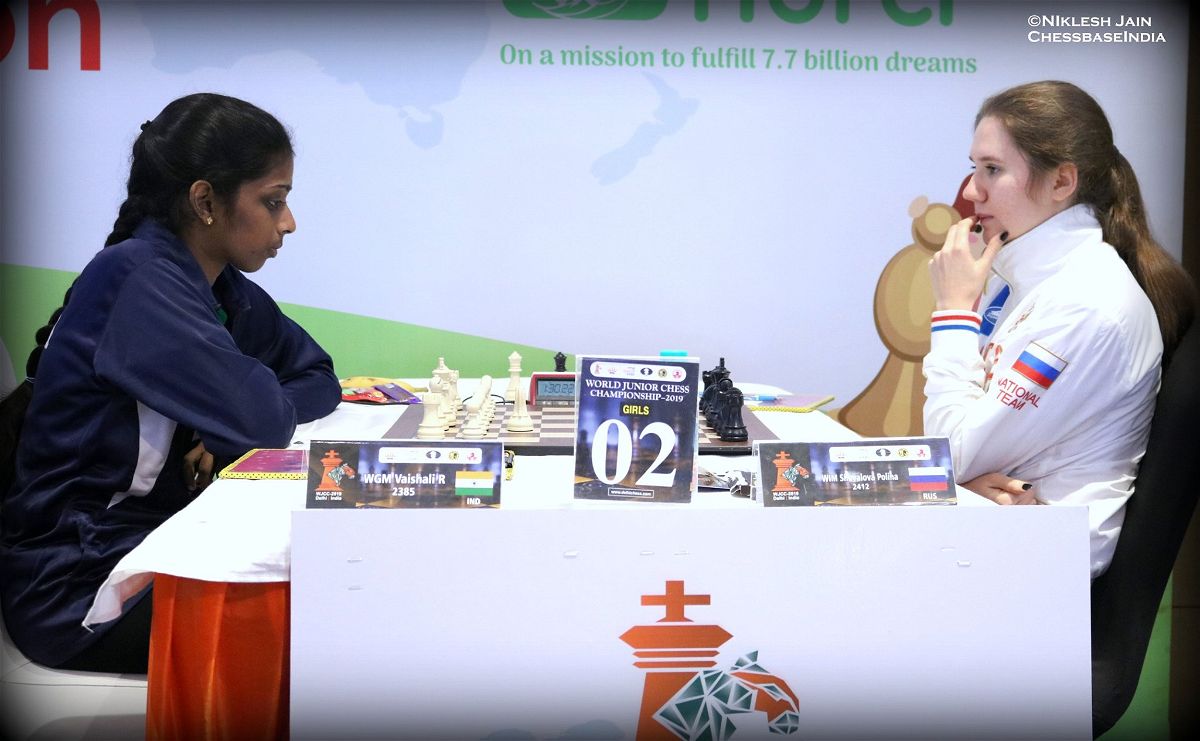 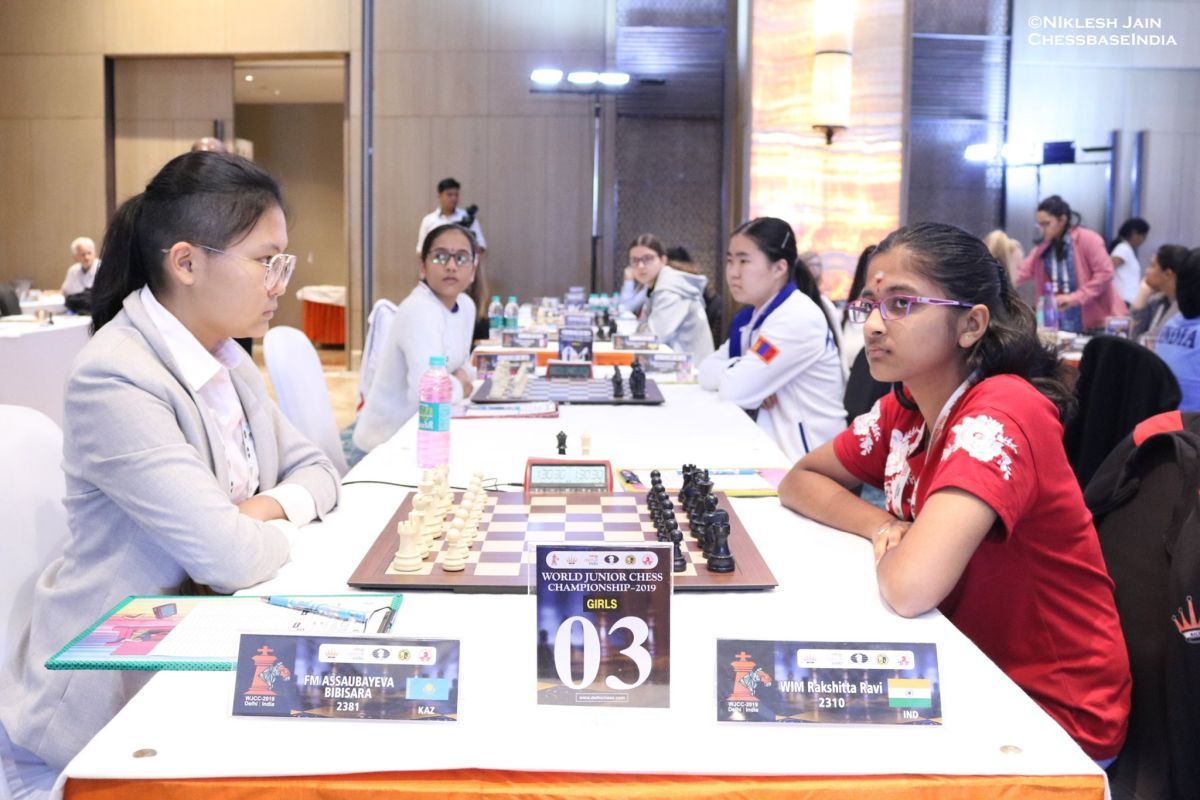 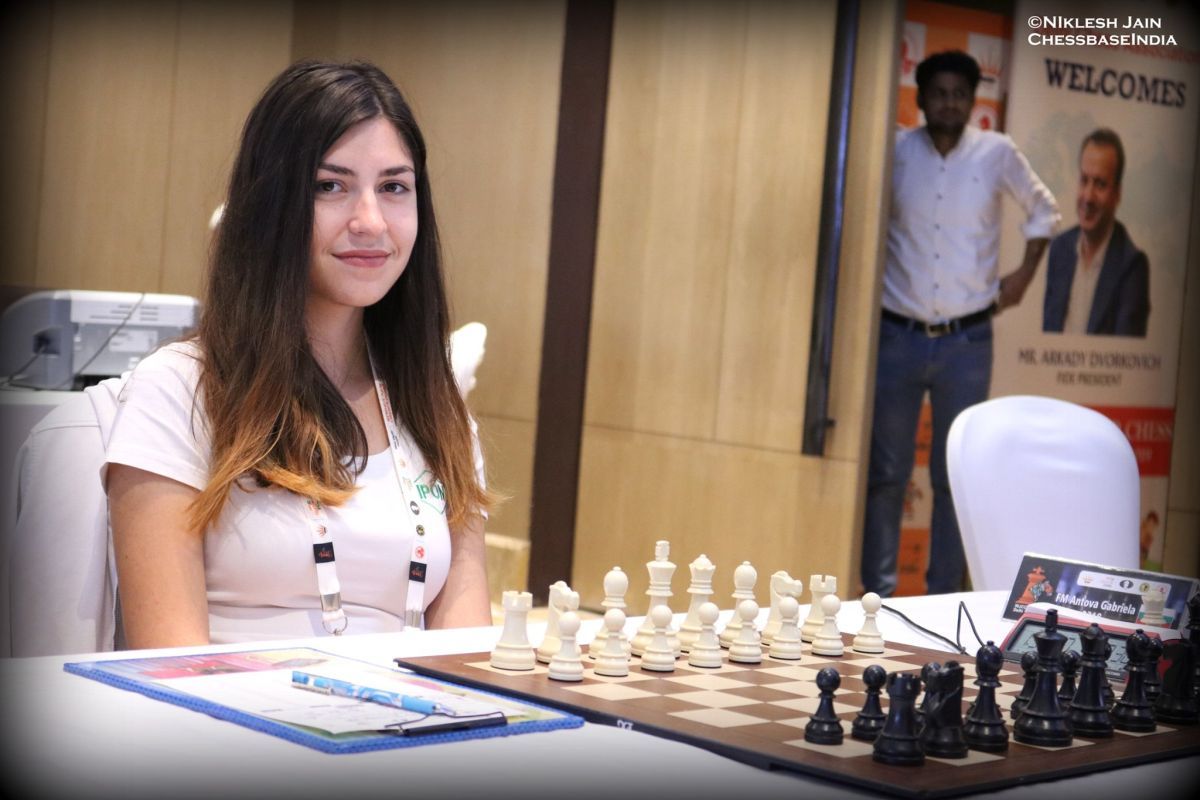 Antova Gabriela is on 5.5/7 after her win over Arpita Mukherjee | Photo: Niklesh Jain

In the open section we had the two leaders Aram Hakobyan and Evgeny Shtembuliak. Both Hakobyan and Shtembuliak have shifted their base to USA. While Aram studies at the St. Louis University, Shtembuliak is from the Texas Tech universtiry. They both met each other on the top board. It was a big fight that in the end went Shtembuliak's way. 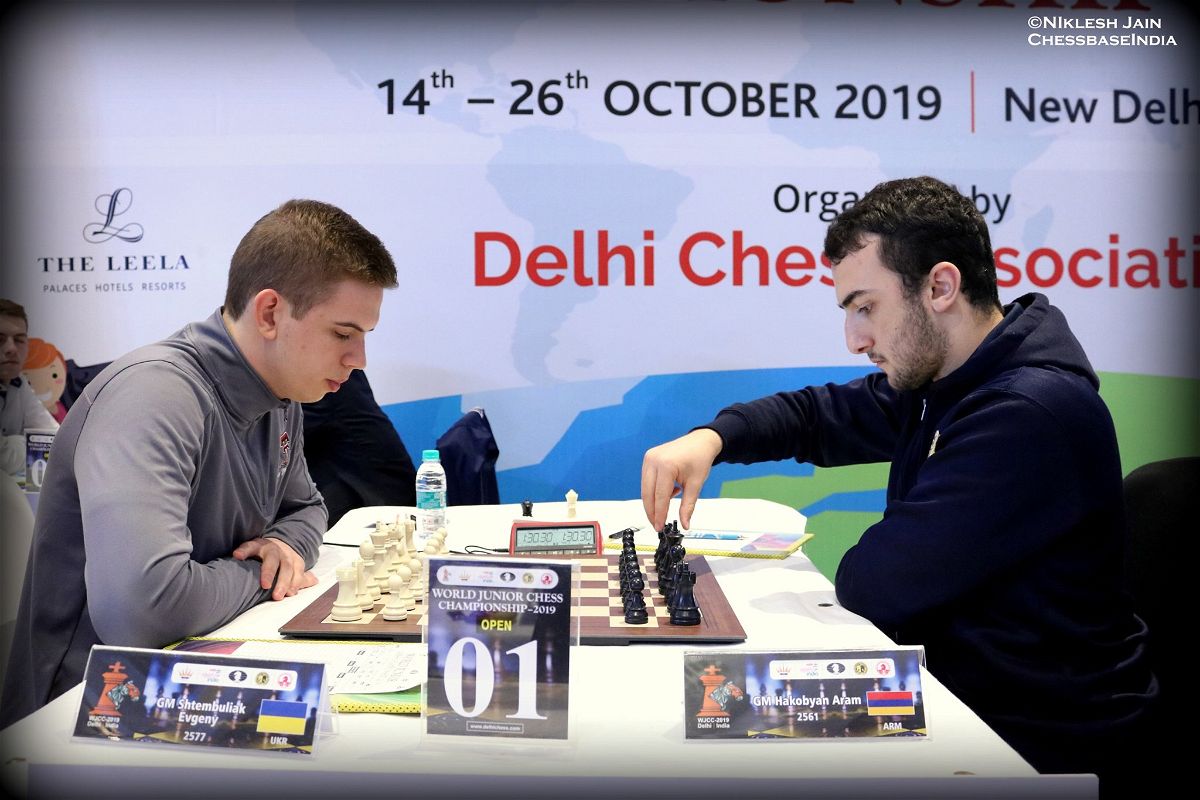 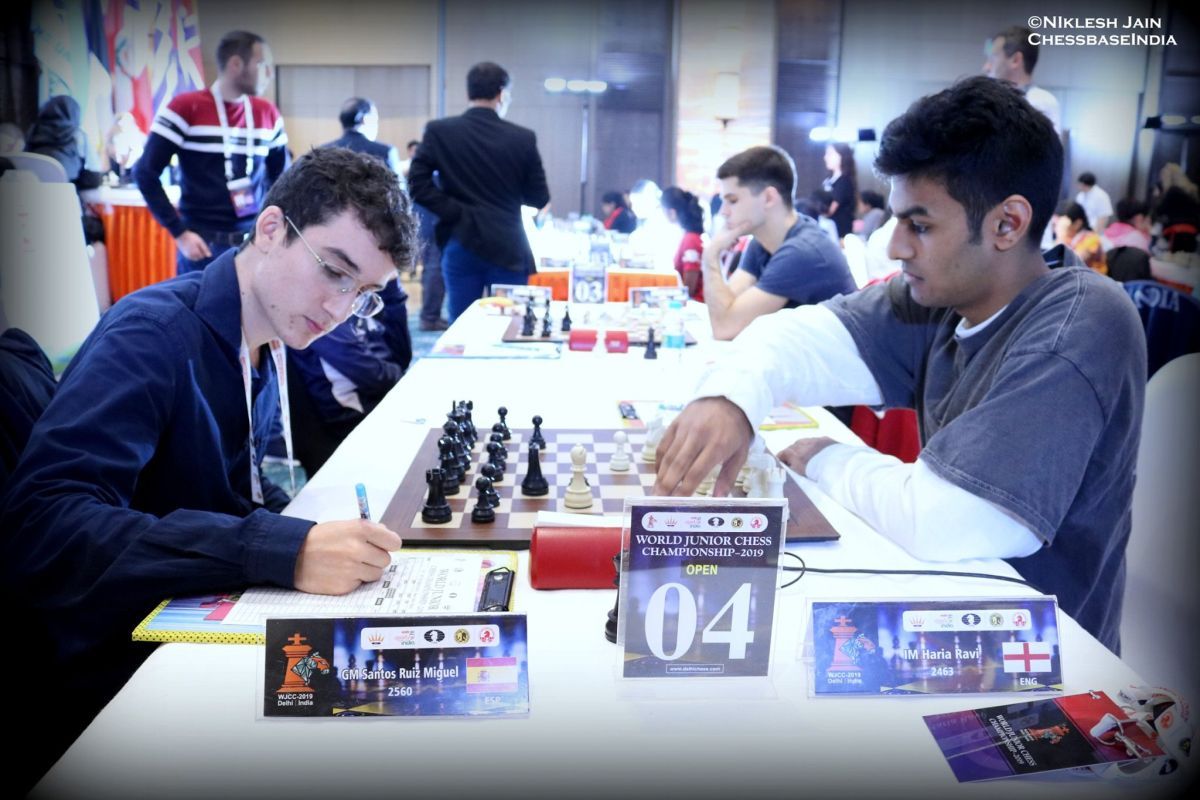 Miguel Ruiz played an excellent exchange sacrifice against Ravi Haria. He didn't follow it up well and after a few moves had a pretty bad position. But Haria blundered and lost the game. | Photo: Niklesh Jain 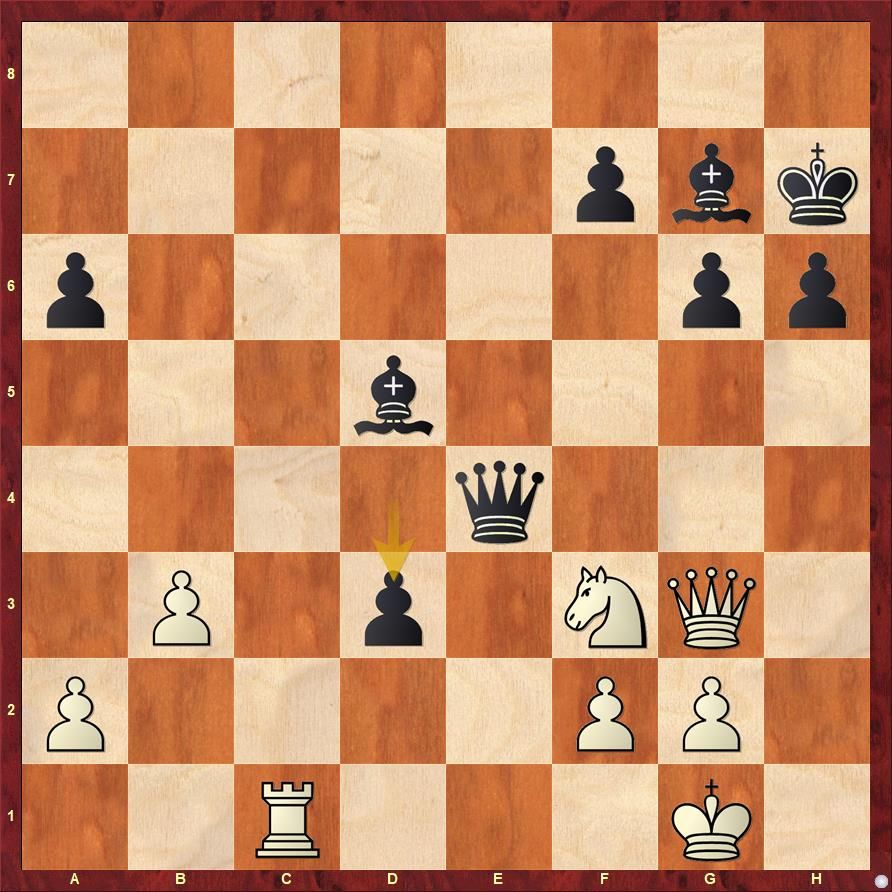 White in this position blundered with Re1. Do you spot how Black can win?

Re1 is met with Qxe1 and after Nxe1 d2 it is all over! However, White had excellent chances to play for a win after Rd1! Miguel thought that he was still doing well after Qe2. However, the point is that Qe2 is met with Rxd3 Qxd3 and Ng5+! and White wins!

Miguel Ruiz speaks about his win against Ravi Haria 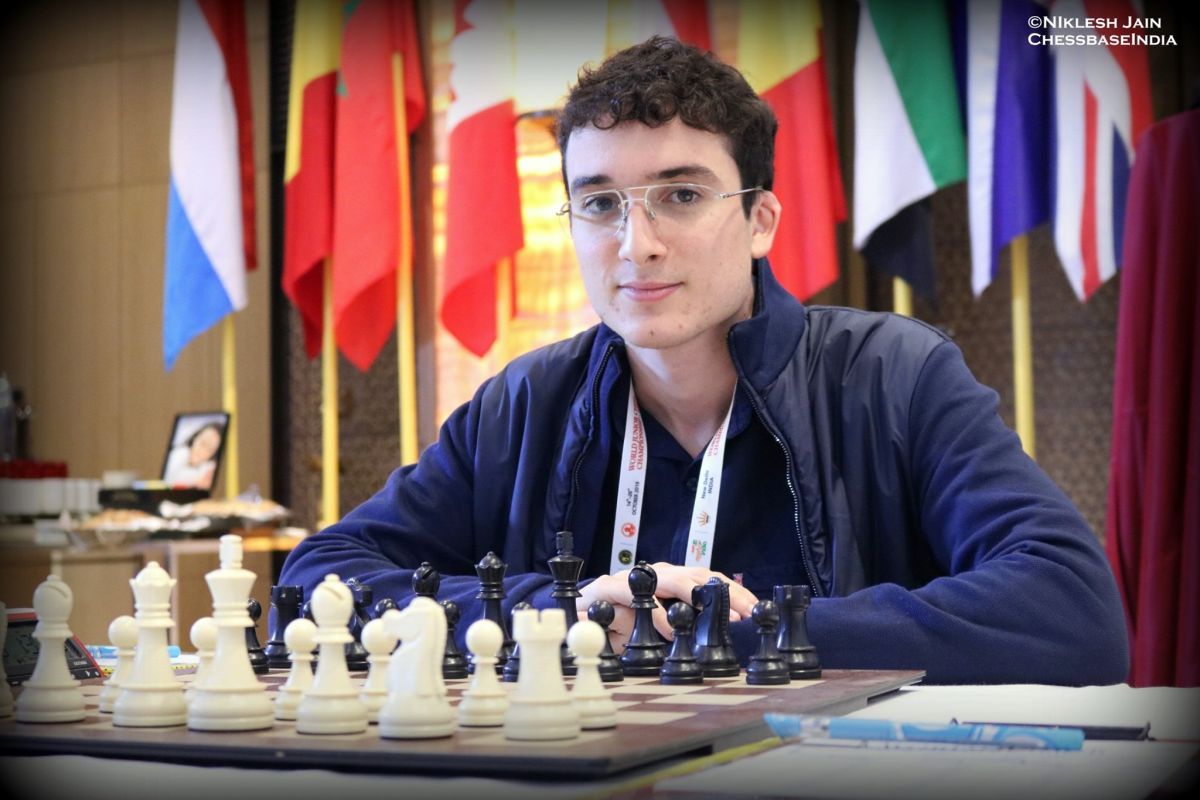 After this win Miguel Ruiz moves to the sole second spot in the tournament with 5.5/7 | Photo: Niklesh Jain 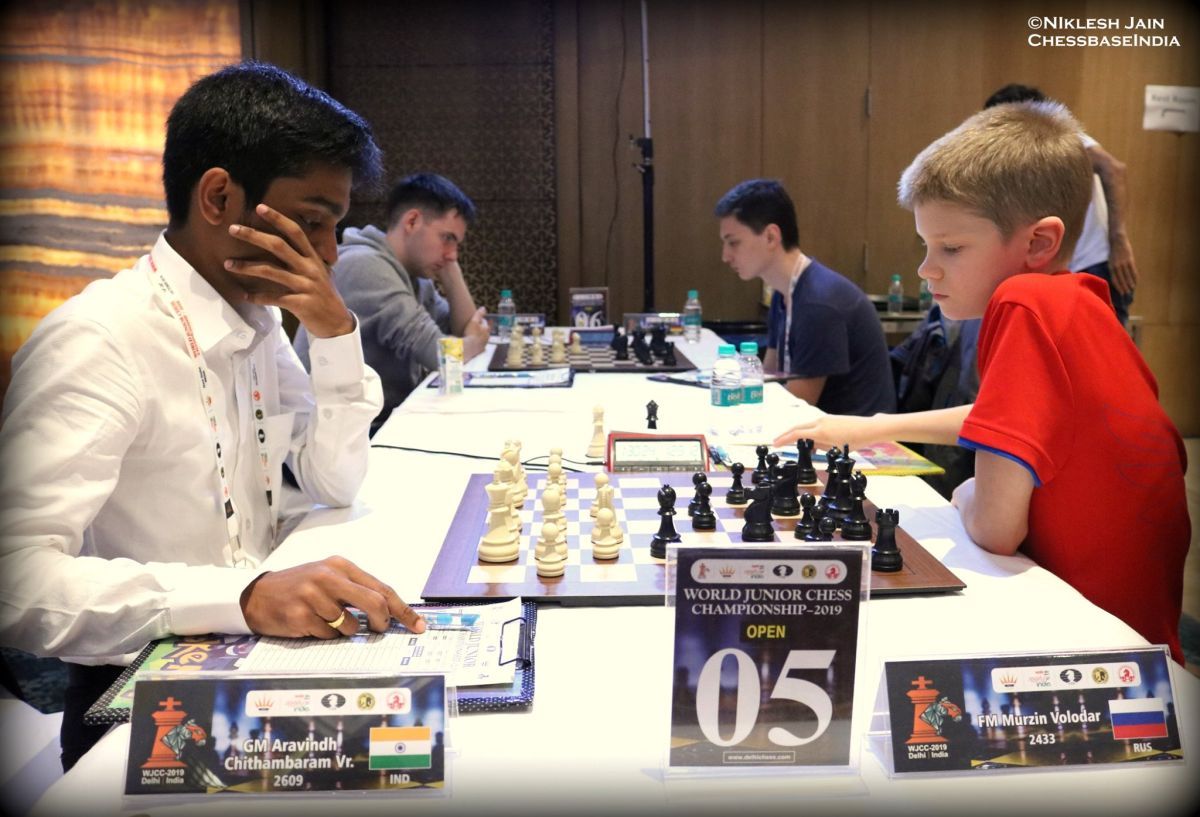 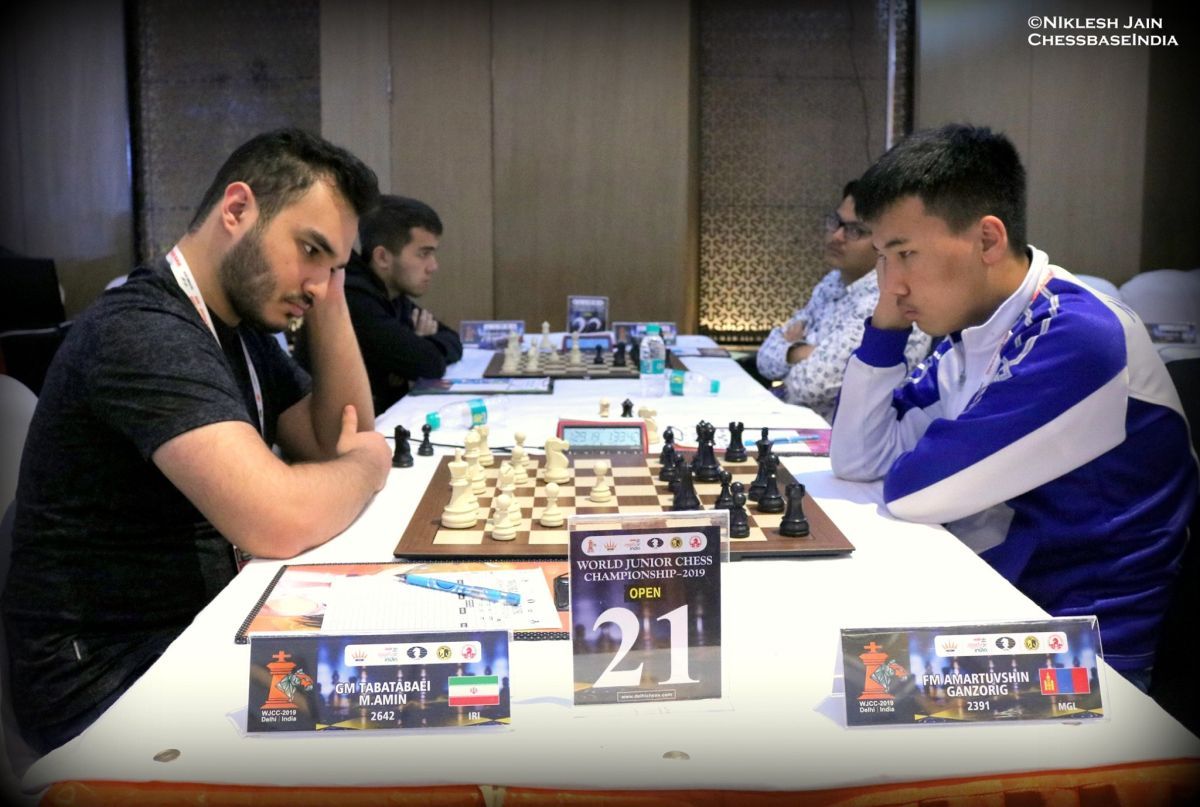 Amin Tabatabaei made a successful return back to the event, after he didn't play round 6. He won his game in round 7 against Ganzorig Amartuvshin. | Photo: Niklesh Jain 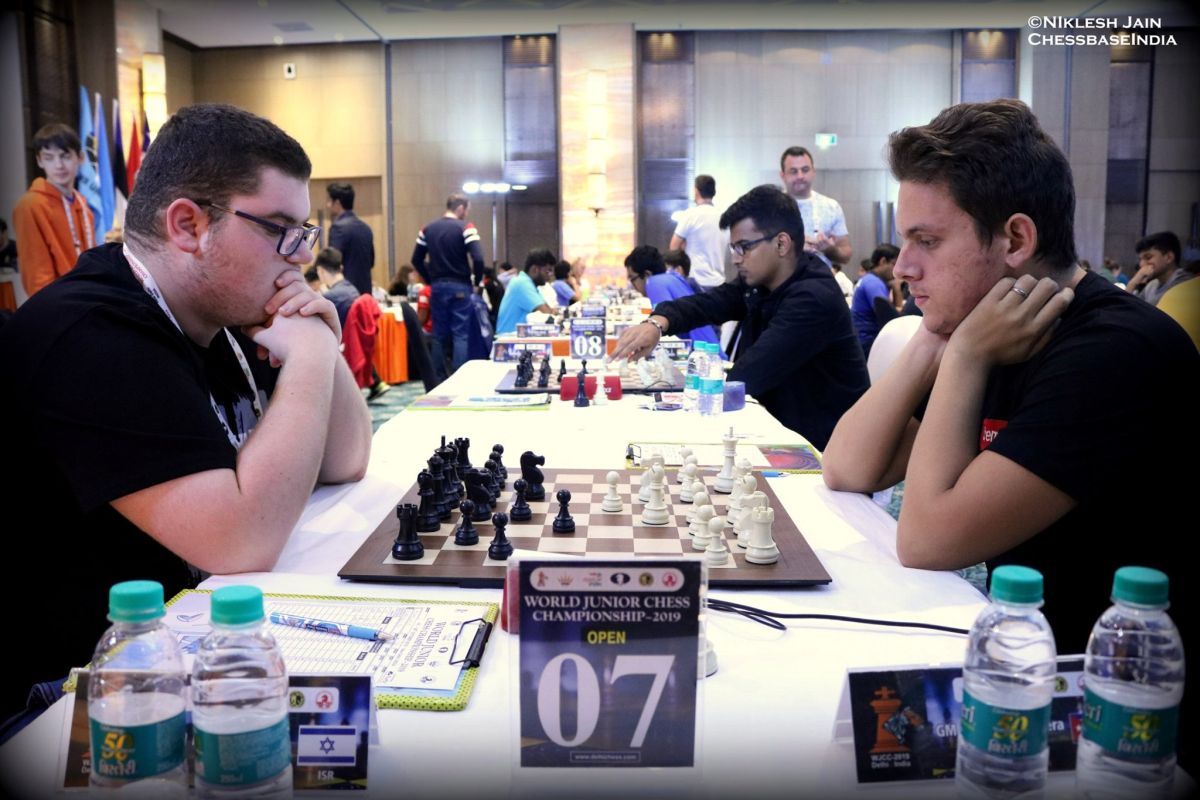 Israeli IM Or Bronstein beat one of the top GMs of the tournament Albornoz Cabrera | Photo: Niklesh Jain 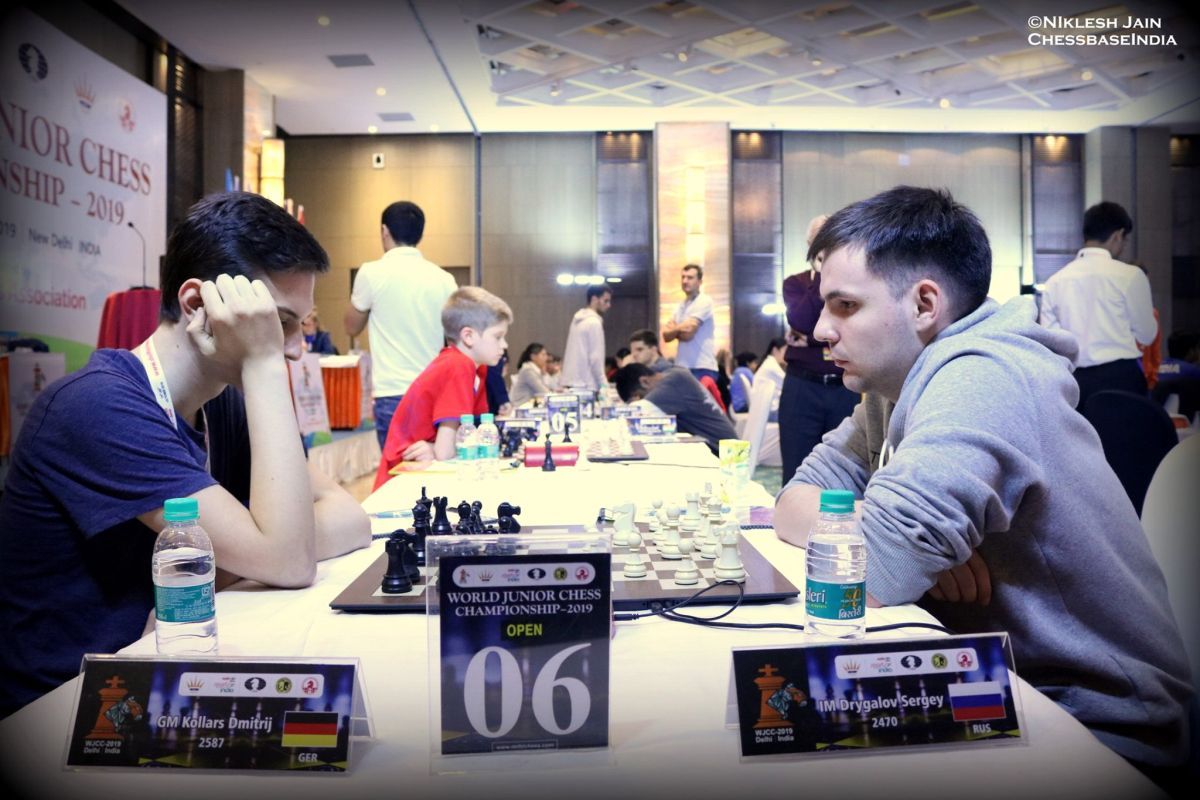 The game between Dmitrij Kollars and Sergey Drygalov ended in a draw | Photo: Niklesh Jain 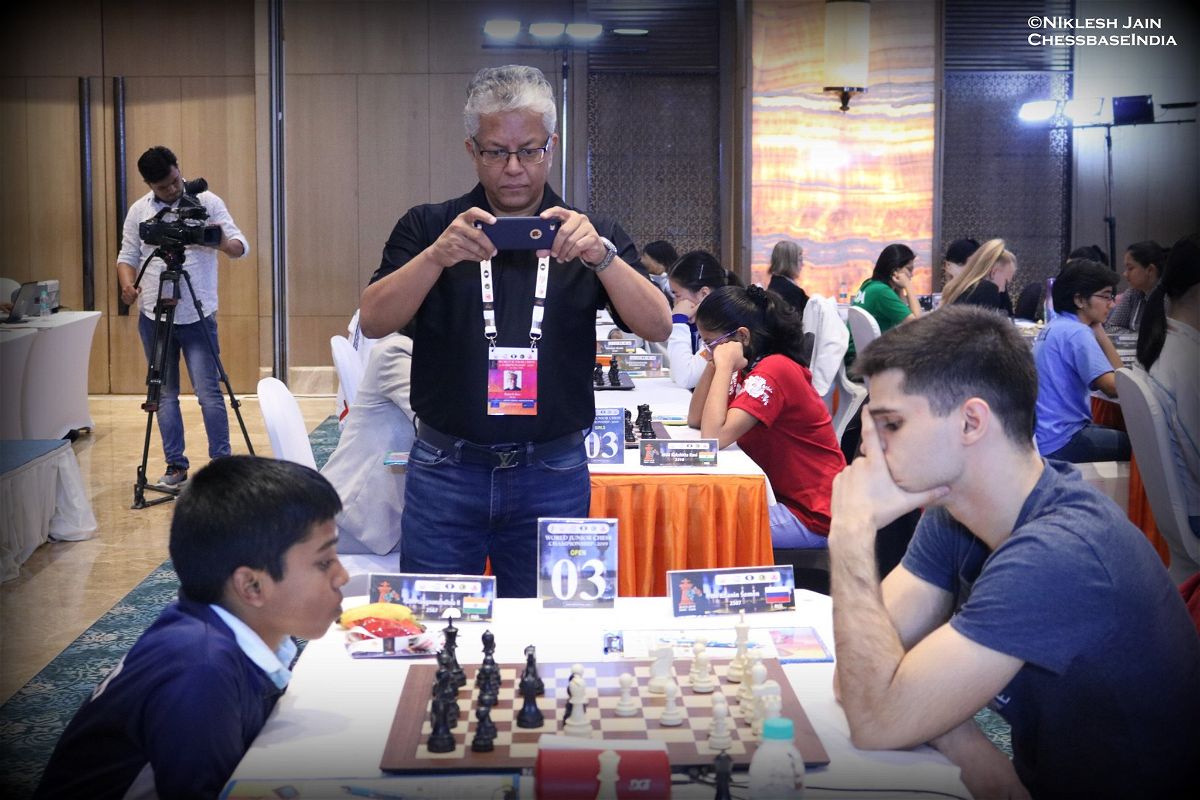 Praggnanandhaa could not beat his Russian opponent IM Semen Khanin. The game ended in a draw. Taking a picture of this encounter is the well known Indian journalist Rakesh Rao. | Photo: Niklesh Jain

Zhu Jiner, the top seed of the event has had quite a forgettable tournament already. Her woes continued as she drew against Priyanka K. in the 7th round
A very interesting endgame is analyzed here by IM Sagar Shah

Results of round 7 in open:

Standings after round 7 in open

Standings after round 7 in girls