The sole leaders in both open and girls section Shtembuliak and Shuvalova maintained their lead. While Shtembuliak has half a point lead, Shuvalova is very close to the title with a full one point gap over rest of the players. Round 10 was an exciting one as we saw plenty of high voltage action. Wang Shixu and Volodar Murzin achieved their maiden GM norms. We also bring to you a beautiful game played by 13-year-old Leon Mendonca - symphony on the chess board. Who are the ones with a chance of winning a medal at the World Juniors? We analyze the chances of the players and present them in this article.

The tenth round at the World Juniors came to an end. After the end of the penultimate round, tihs is how things stand as far as standings are concerned:

Pairings for the final round:

1. Evgeny Shtembuliak takes on 13-year-old Volodar Murzin with the white pieces. A draw should be sufficient for Shtembuliak to become the champion. Murzin on the other hand just made his 10 game GM norm by beating GM Albornoz Cabrera. This should definitely give him the boost to play for a win in the final round!

2. The match up between Miguel Santos and Shant Sargsyan is an exciting one. As Shant's tiebreak is pretty poor, he will push for a win tomorrow. That being said Miguel Ruiz having the white pieces will surely want to push for more than a draw. It's a battle of two ambitious youngsters and just about anything can happen!

3. Aram Hakobyan, currently on second place has a good tiebreak. He will be keeping his eyes on the second board. But he has to ensure some good chess on his board as well because he is facing the strong Indian GM Aravindh Chithambaram. Aravindh who has 7.0/10 has no option but to play all out for a win if he would like to fight for a medal. This will really be an exciting game to follow.

4. Wang Shixu, the Chinese untitled player who has impressed everyone with his play is up against Temur Kuybokarov from Australia. If Wang manages to win, he has excellent chances of getting a medal.

Let's have a look at the girl's section now:

1. Polina Shuvalova has nearly confirmed her title by scoring 9.0/10. However, she may still need a draw because Mobina Alinasab, although a point behind her has the better tiebreak score. A draw against Yuxin Song should not be a big deal for Polina, but with last rounds you never know.

2. Mobina Alinasab will surely try to win, as a full point gives her the theoretical chance of fighting for the gold medal. Her silver medal is nearly confirmed even if she loses the final round. Bibisara Assaubayeva would also be fighting hard for a win. As many as seven players are on seven points.

3. On boards 3,4,5 we can expect fighting chess as the ones who win will have the best chance to fight for the bronze medal. 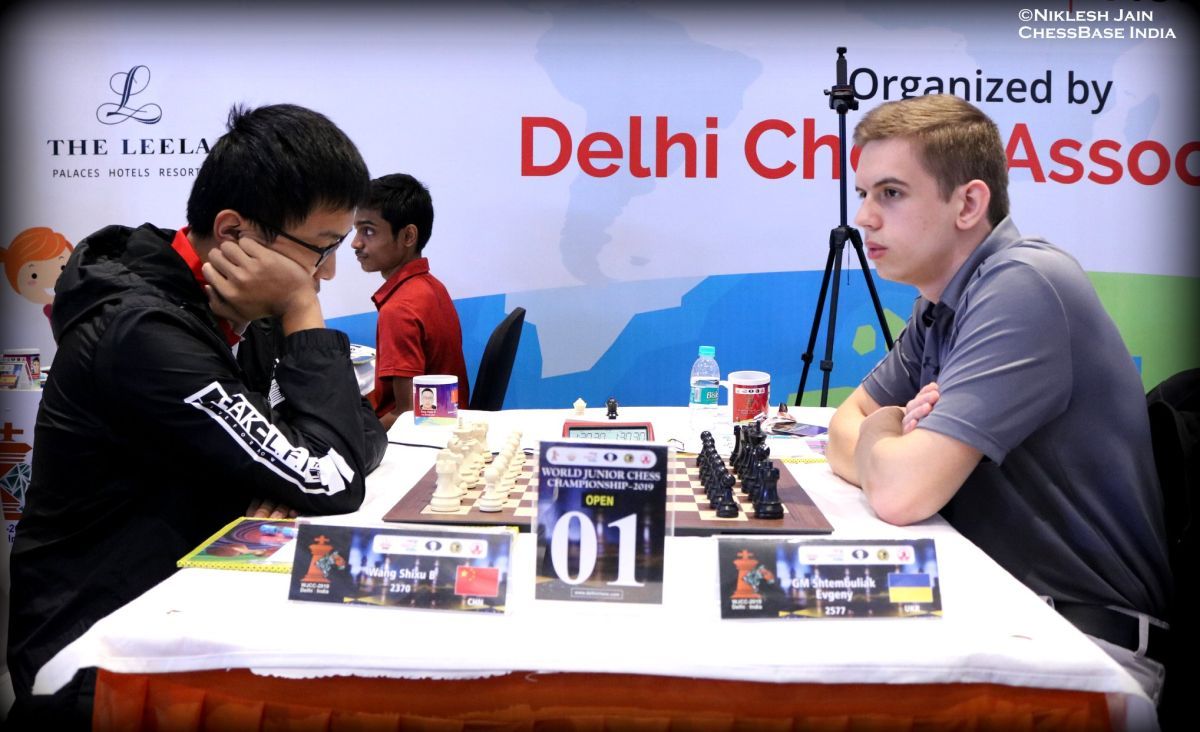 Wang Shixu managed to get just the right type of position that would be extremely uncomfortable for his opponent Evgeny Shtembuliak. The Ukrainian GM went wrong and in the final position White was clearly better when the players agreed for a draw. | Photo: Niklesh Jain 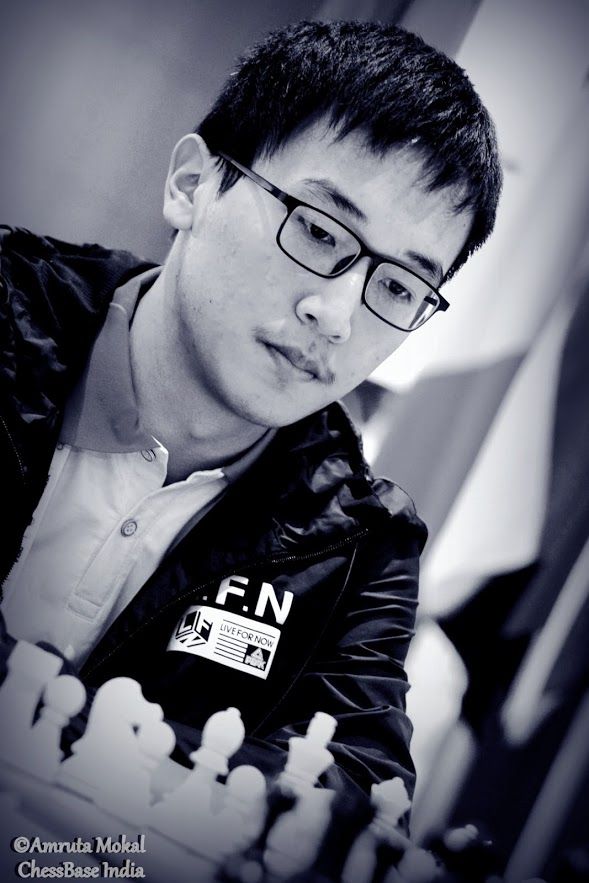 Wang Shixu might not be very happy with the final result of his tenth round game, but he surely would be happy with the fact that he scored his maiden GM norm! | Photo: Amruta Mokal 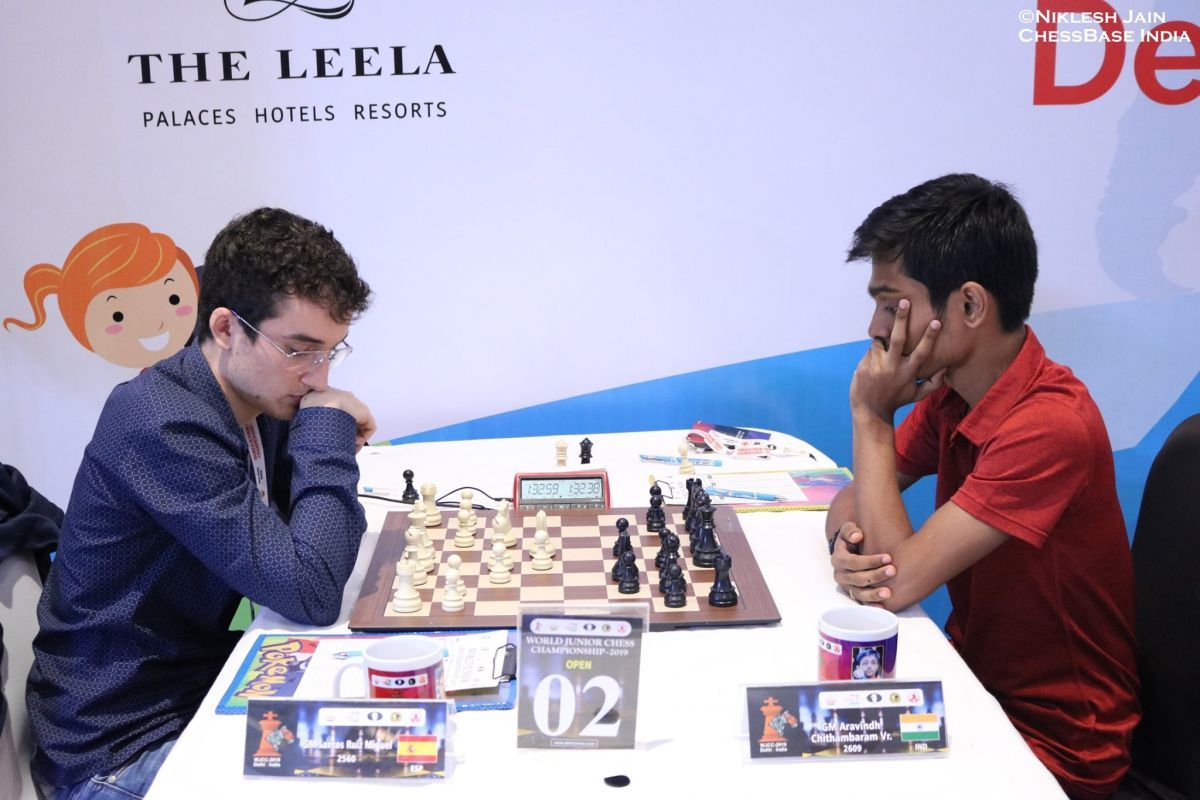 Aravindh Chithambaram played the Dragon against Miguel Santos. The game was interesting but ended in a draw. | Photo: Niklesh Jain 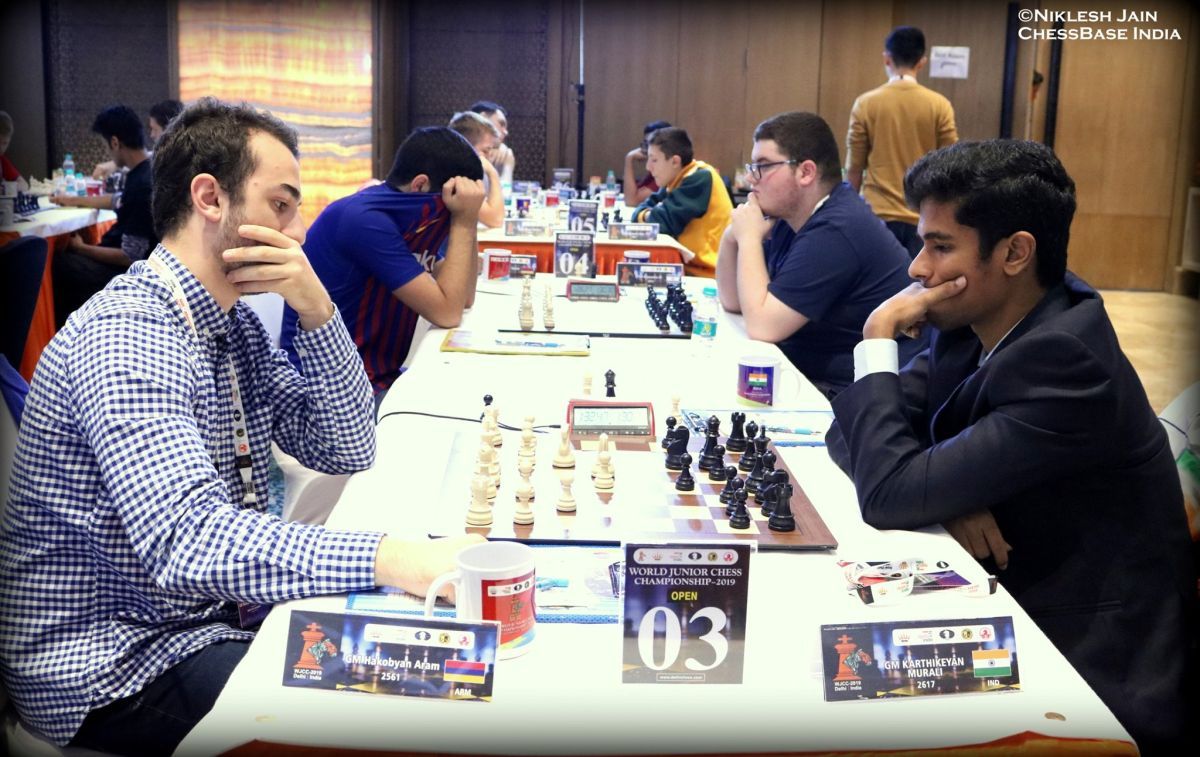 Aram Hakobyan played a nearly flawless game and didn't give any chances to his higher rated opponent Karthikeyan Murali  | Photo: Niklesh Jain
Aram Hakobyan discusses his win with Sagar Shah in the video 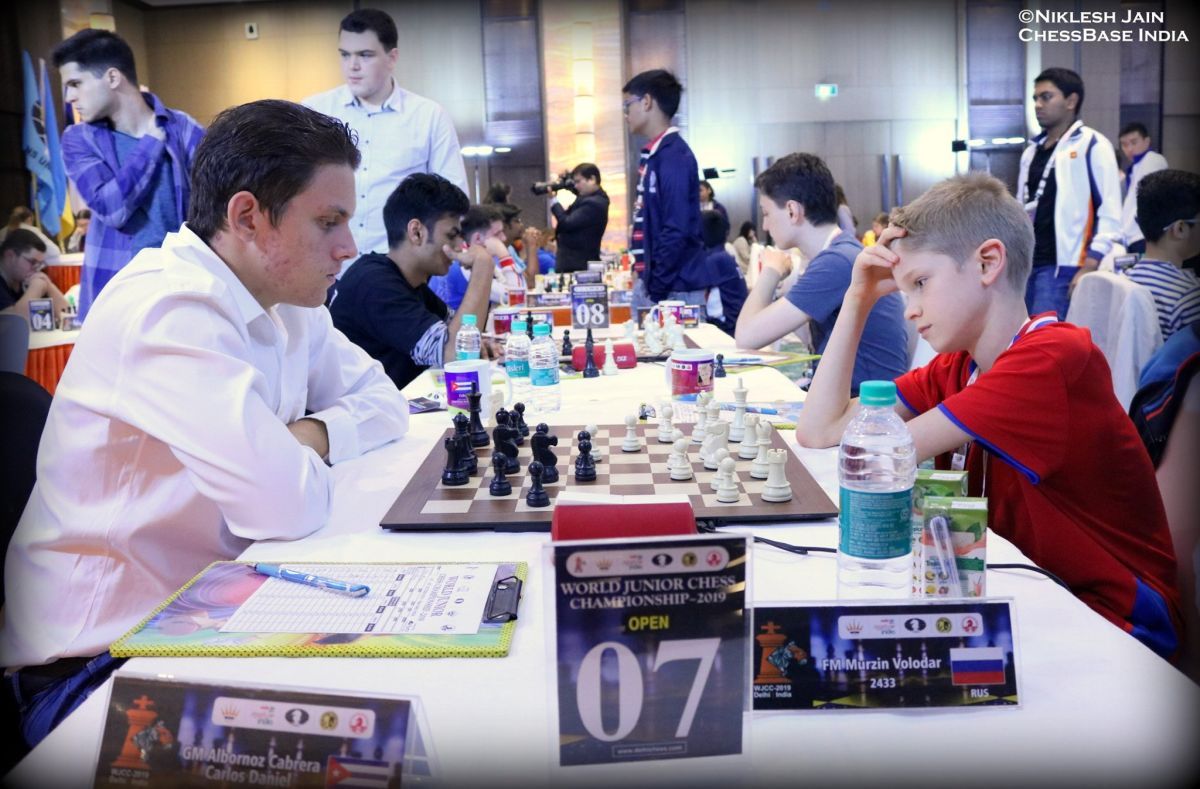 13-year-old Volodar Murzin continued his fine run in the tournament with a win over Albornoz Cabrera. He scored his maiden GM norm. | Photo: Niklesh Jain 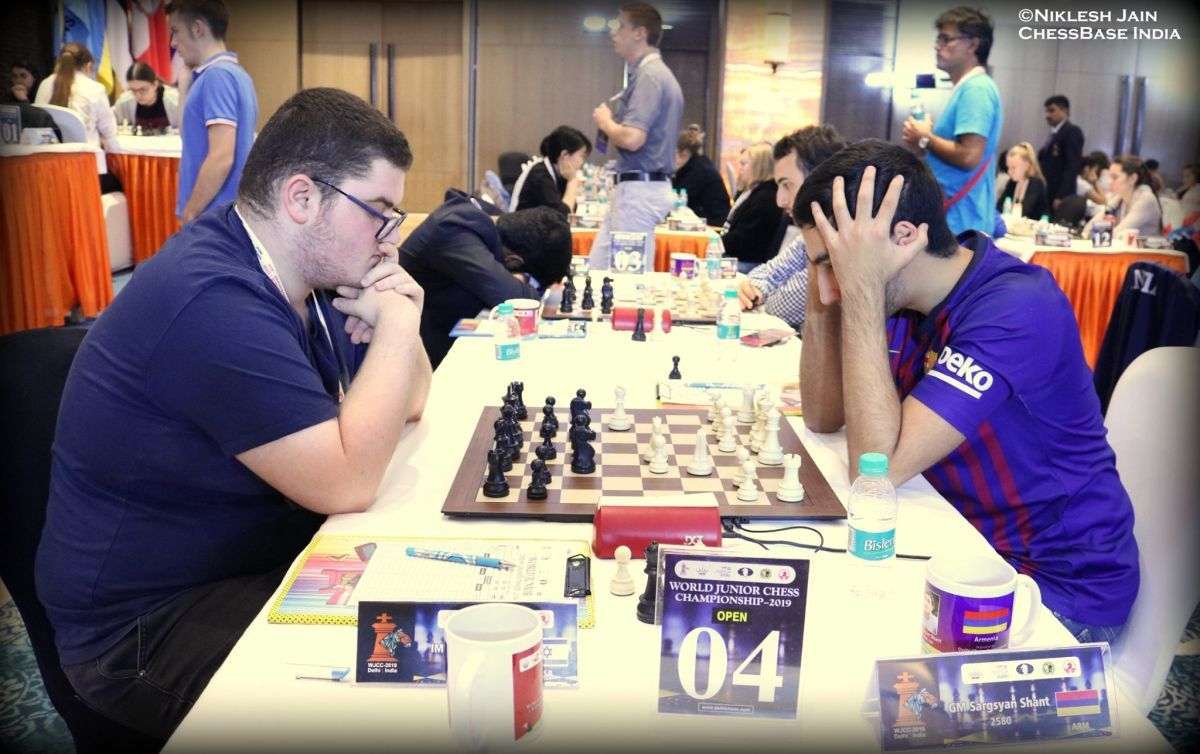 Shant Sargsyan scored a nice win over Or Bronstein to move to 7.5/10 | Photo: Niklesh Jain
Praggnanandhaa played a very interesting game to beat Sergey Drygalov
One of the most exciting games of the round was youngster Leon Mendonca's win over IM Viktor Gazik. Leon is a trained violinist and is used to creating symphonies off the board. But in round ten he managed to create one on it! 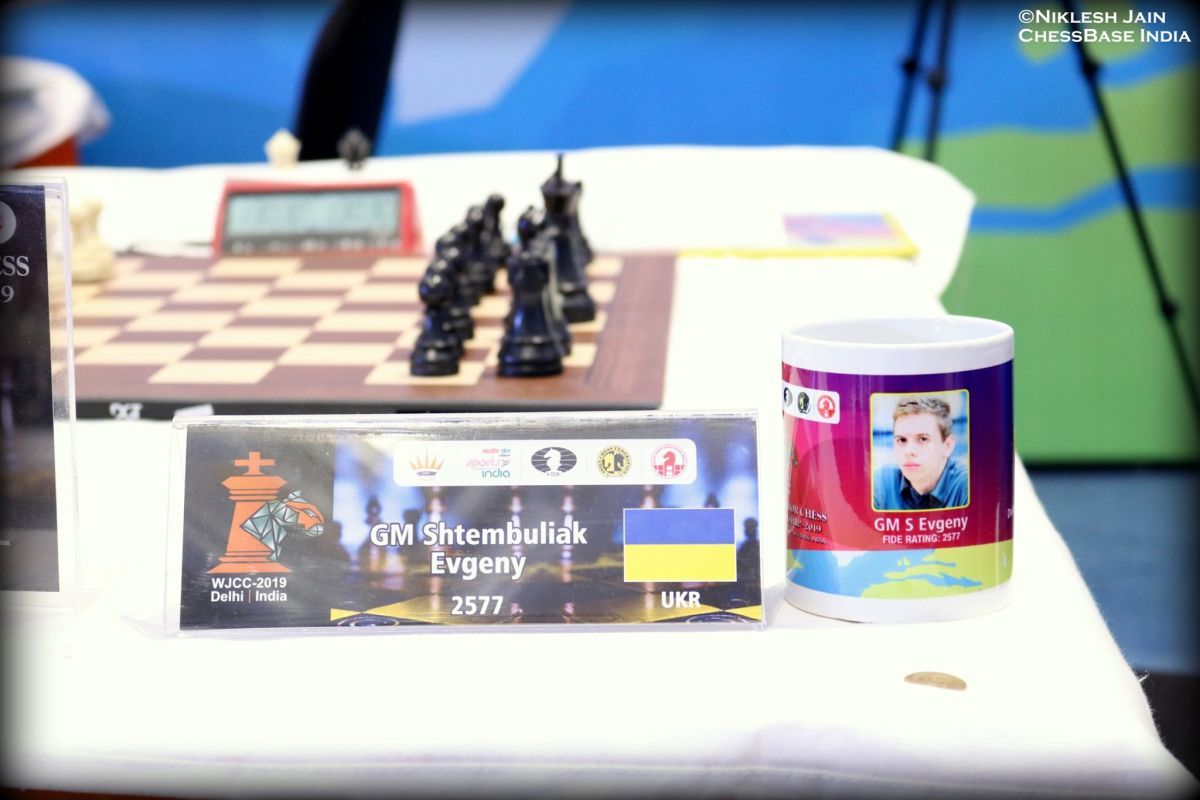 A great gesture by the organizers to provide mugs to all the participants with their name and photo engraved on it | Photo: Niklesh Jain 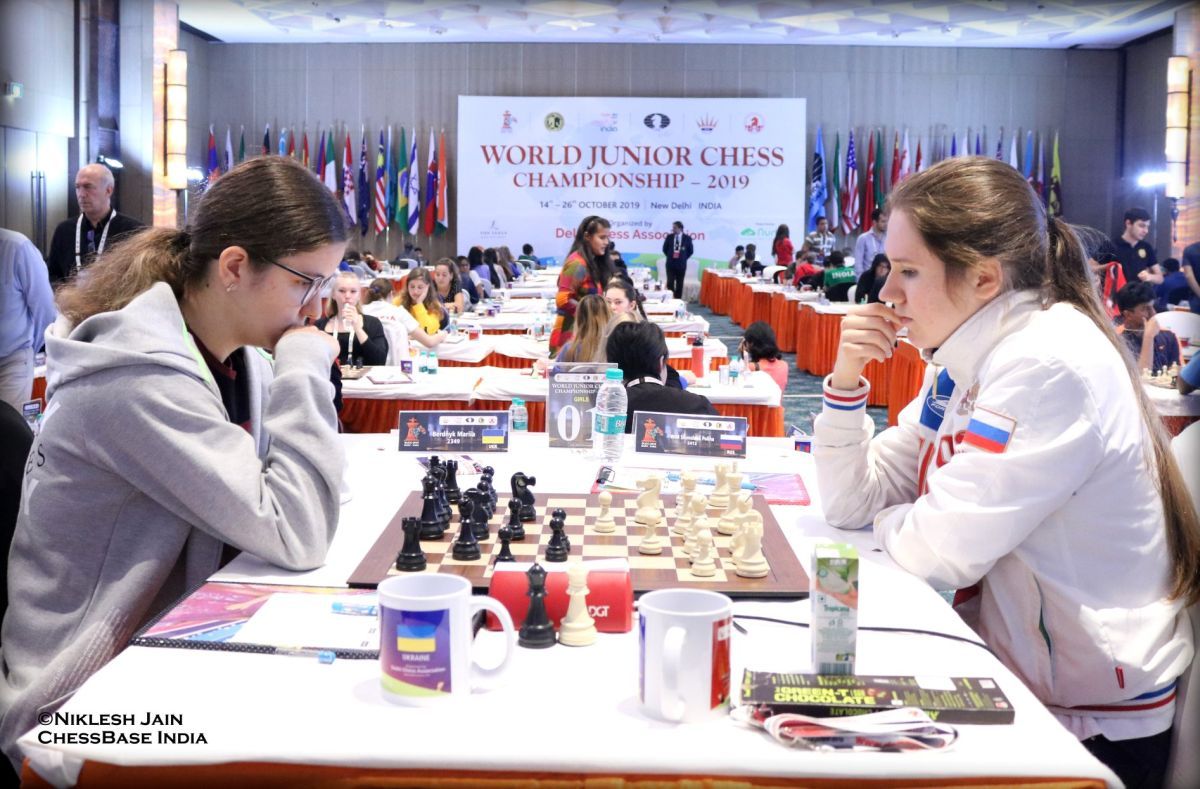 For the first time in the tournament it seemed like Shuvalova was in danger of losing . But Berdnyk didn't take her chances and the game ended in a loss. | Photo: Niklesh Jain 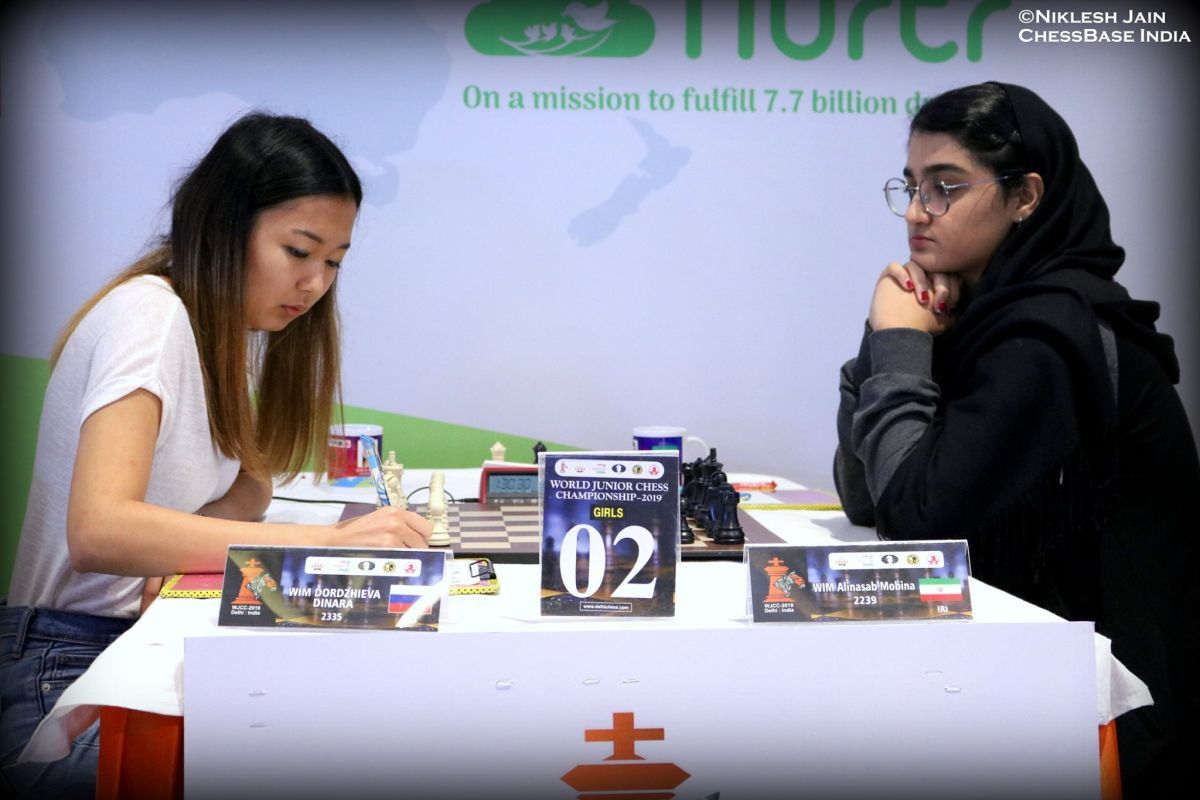 Mobina Alinasab tried really hard to win against Dinara Dordzhieva, but the Russian girl held her ground and the game was drawn | Photo: Niklesh Jain 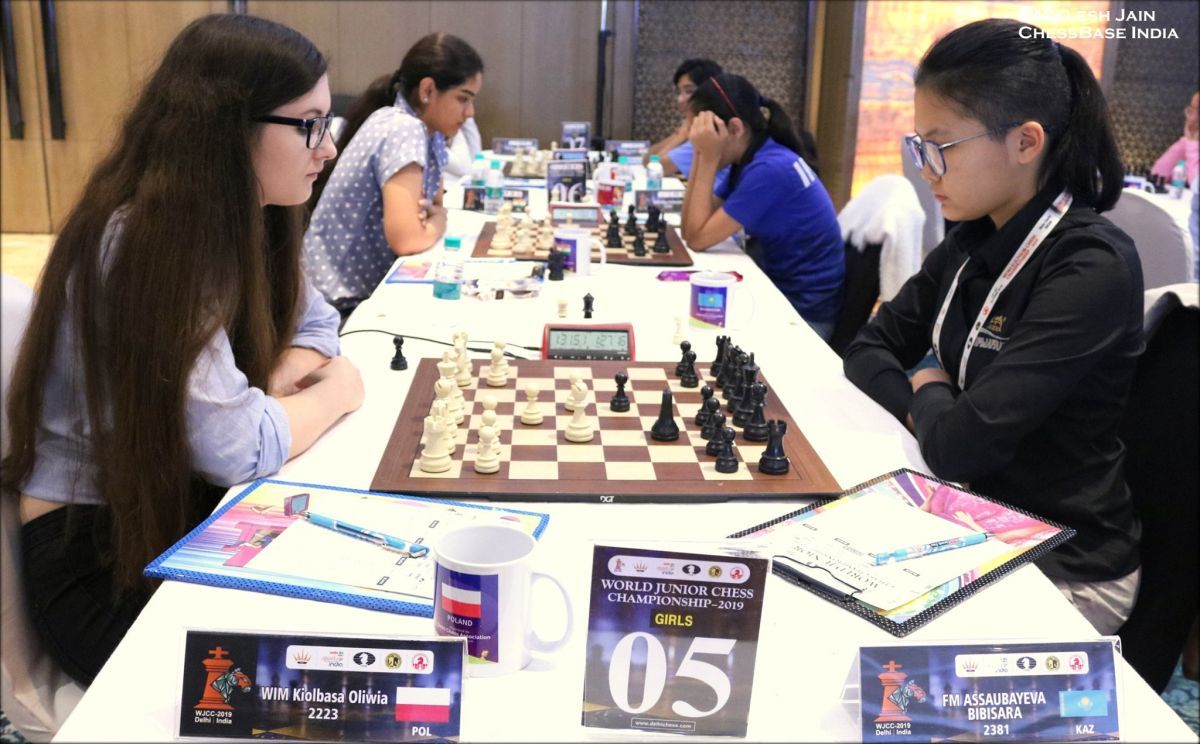 Bibisara Assaubayeva showed the power of a rook on the seventh rank when she beat Oliwia Kiolbasa of Poland | Photo: Niklesh Jain 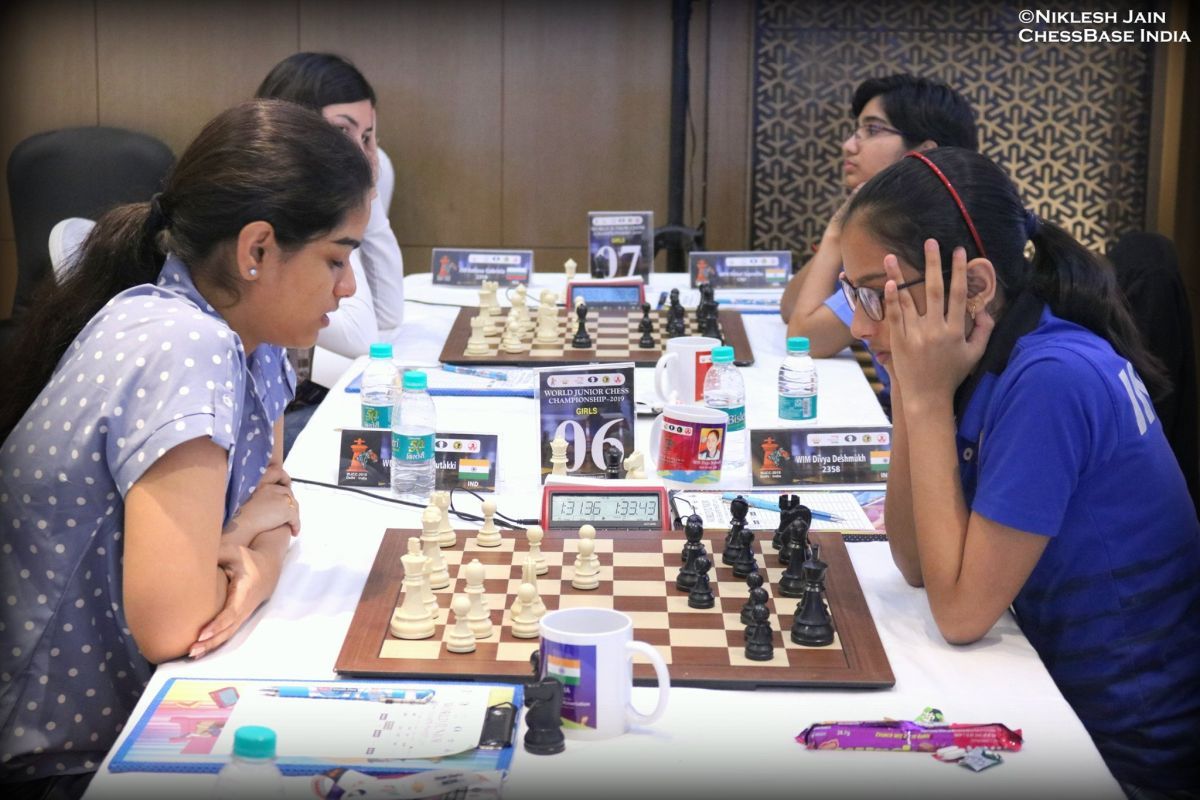 The all Indian clash between Priyanka Nutakki (white) and Divya Deshmukh ended in a win for Priyanka | Photo: Niklesh Jain 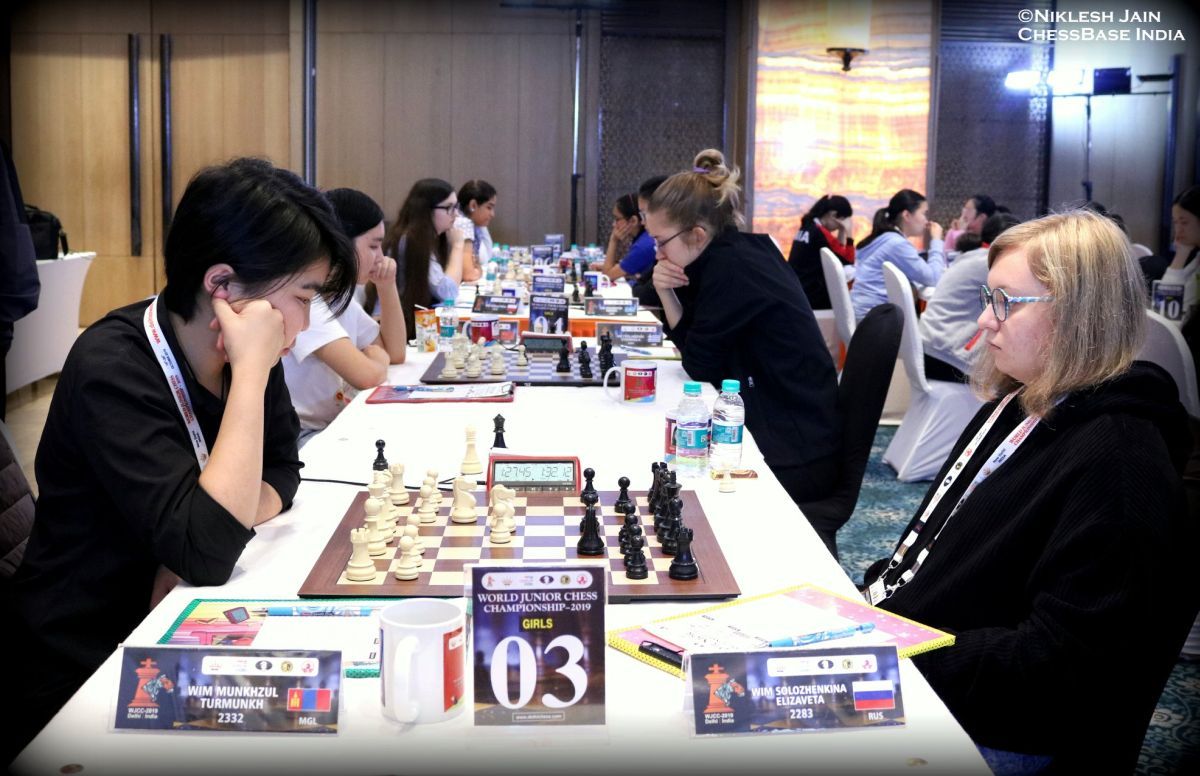