Polina Shuvalova is on fire at the World Juniors 2019. After her pretty queen sacrifice at the World Youth 2019 that went pretty viral, the Russian youngster yet again sacrificed her queen, this time at the World Juniors. It has to be admitted the queen sacrifice wasn't as deep or beautiful as what we saw in Mumbai in her game against Afonasieva. Yet, to beat a player like Assaubayeva with a queen sacrifice is never easy! In the open section we have two leaders - Shtembuliak drew his game against Shant Sargsyan. This let Miguel Santos Ruiz to catch up. The Spaniard beat Praggnanandhaa in pretty fashion to join Shtembuliak at the top. A detailed report from New Delhi with pictures, analysis, videos and more.

Polina Shuvalova is clearly a much stronger player than what her rating suggests. She is rated 2412, but she already won the gold medal in the under-18 girls world youth championship ten days ago, and now at the World Juniors 2019, she seems to be all set to pick up another title. And what is impressive is the way she garners her wins. Dominant play with excellent understanding of the opening, always trying to think about opponent's plans and stopping them, and ruthless ability to finish off a game. The last one clearly points to her tactical vision. Her queen sacrifice from the World Youth against Anna Afonasieva will go down in many tactics manual.

In this position Polina sacrificed her rook on g7 with Rxg7 and then after Bxg7 followed it up with a queen sacrifice Qxh7!! Kxh7 f6 and the king was dragged out of his hiding and checkmated on h3!

After the World Youth when Shuvalova won the gold, we asked her, "Is the gold medal more special or this combination?" With a smile on her face she said, "I have to say it's the combination!" And one would imagine that to create something like this would take many years. But Shuvalova, is in a hurry to create brilliancies! She sacrificed her queen once again, this time in the eighth round of the World Junior Championships 2019. Here's how it went: 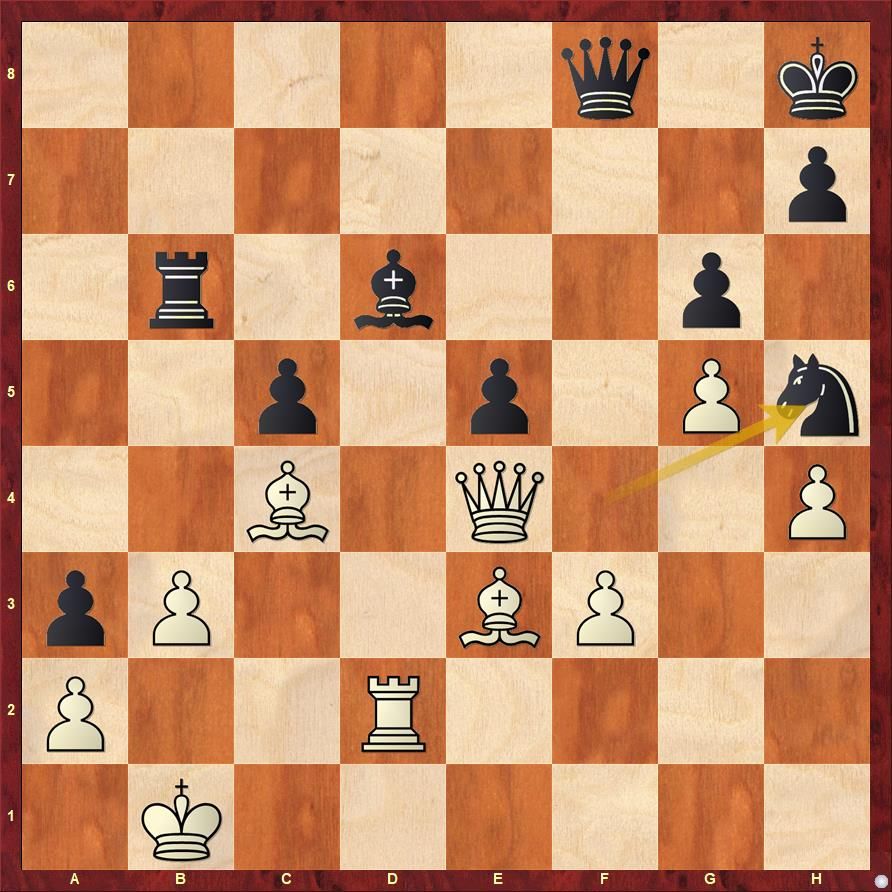 Before the queen sacrifice, there is always something else to sacrifice for Polina! So how did she begin?

In this position Polina began with Bxc5! The bishop has to be taken and after Qxe5+ Black has to play Ng7. (Qg7 is met with Rd8+) 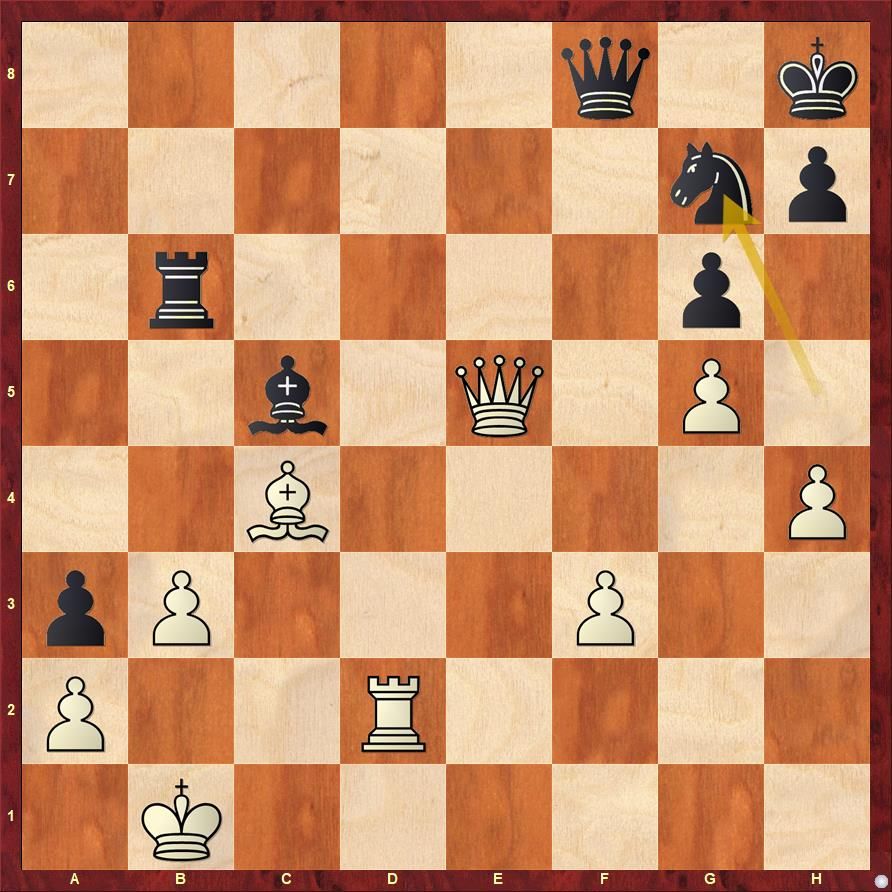 What next? White to play.

Of course, a queen sacrifice! Qxc5! Assaubayeva went back ...Rb8, but that led to a lost endgame. Instead if she had taken the queen, it would have led to a picturesque mate. 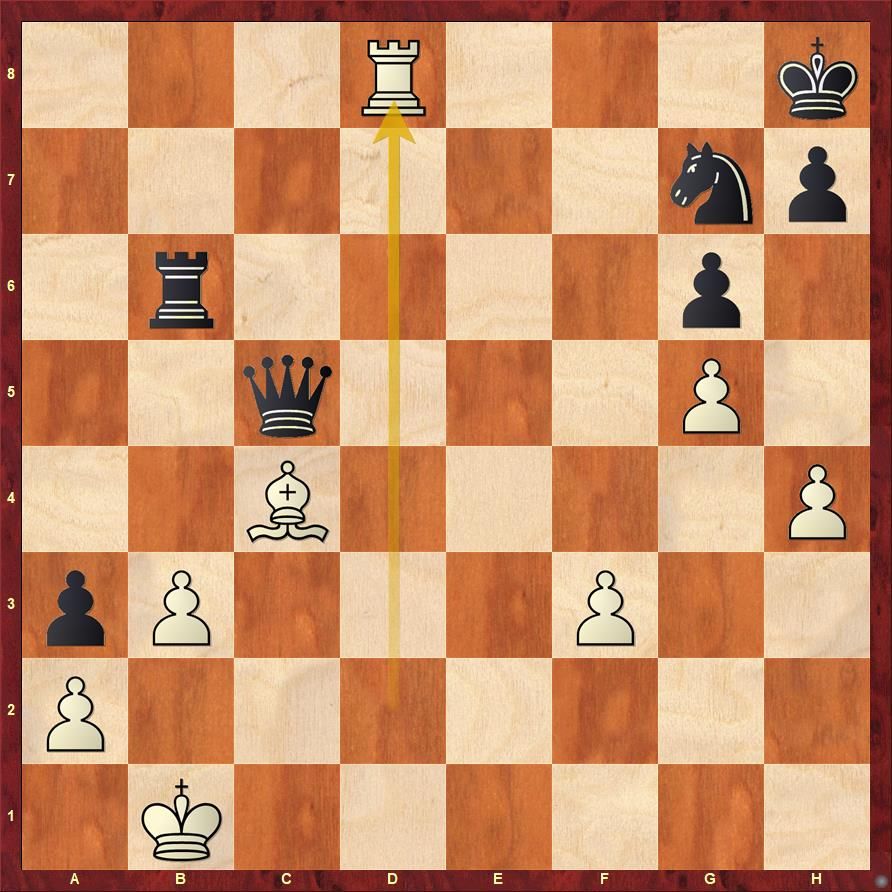 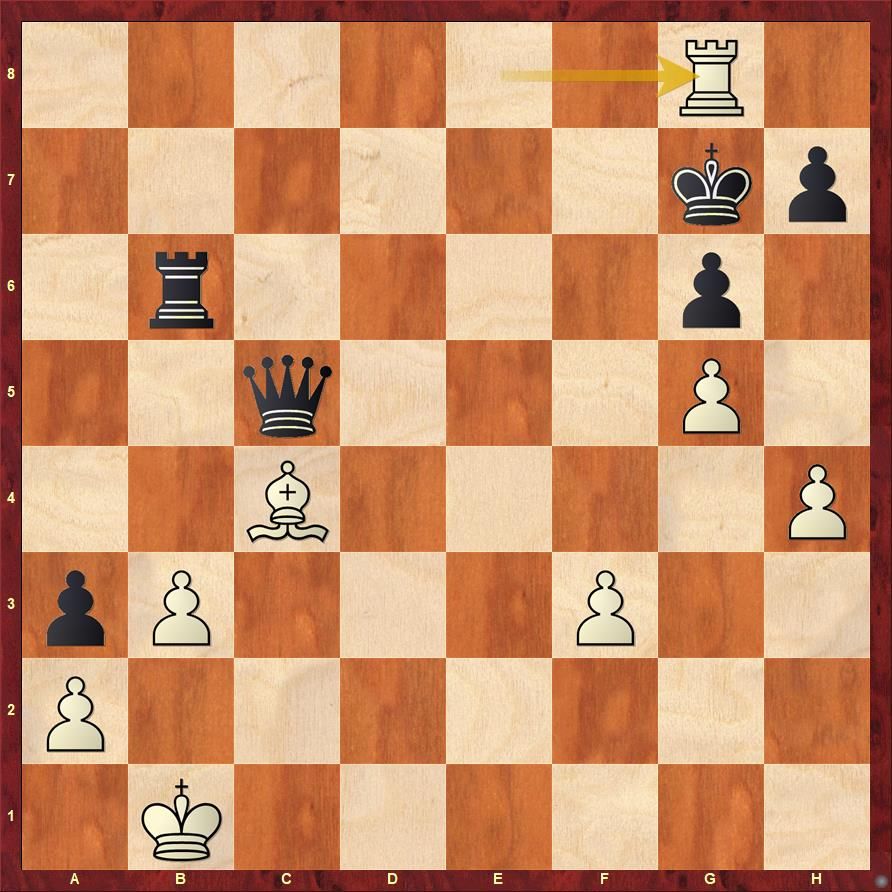 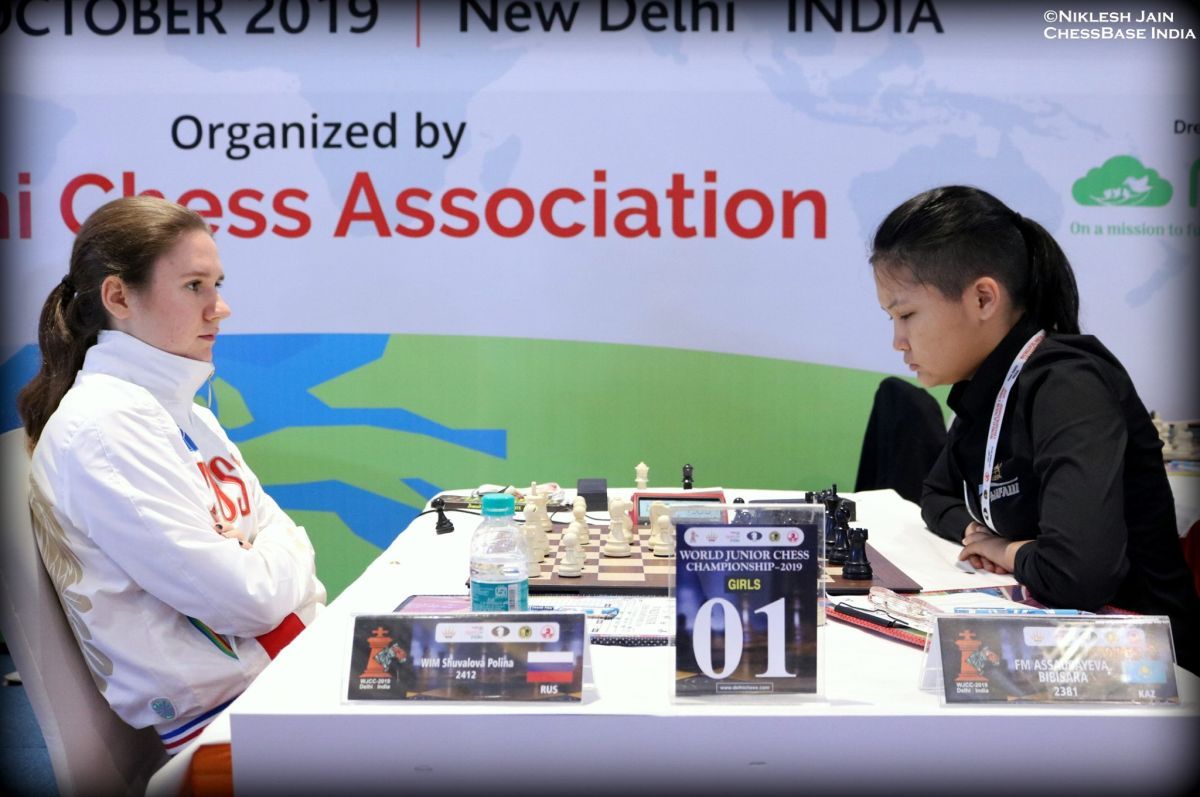 Shuvalova beat Assaubayeva and is now in the sole lead with 7.0/8 | Photo: Niklesh Jain
Polina not only speaks about her win against Assaubayeva, but also the secret of her nail paint!

Miguel Ruiz on how to react when surprised in the opening 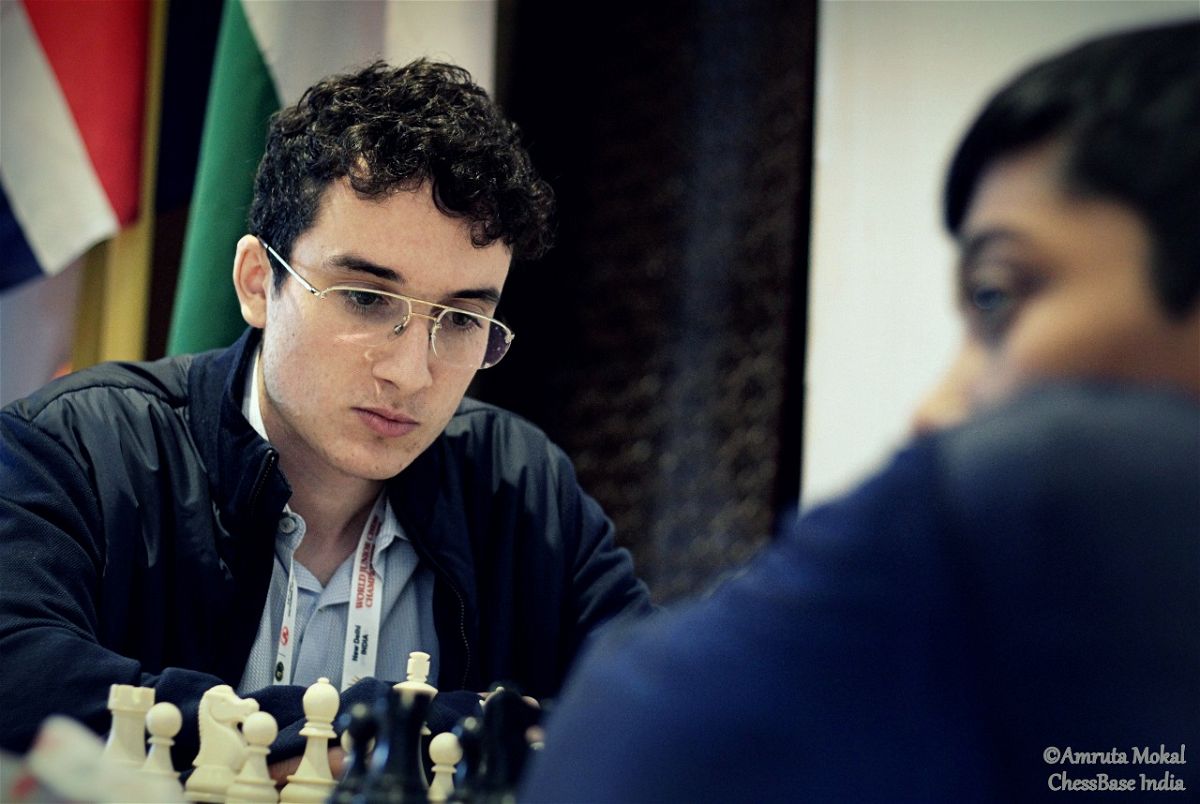 With his win over Praggnanandhaa in round 8, Miguel Ruiz has joined Evgeny Shtembuliak at the top! | Photo: Amruta Mokal

Praggnanandhaa usually sticks to his main openings. But in the eighth round, he decided to try something new in the Sicilian. Pragg didn't face any issues in the first few moves as he got a relatively fine position out of the opening. However, the real problems began somewhere in the middlegame where the lack of experience of handling such positions clearly began to show. 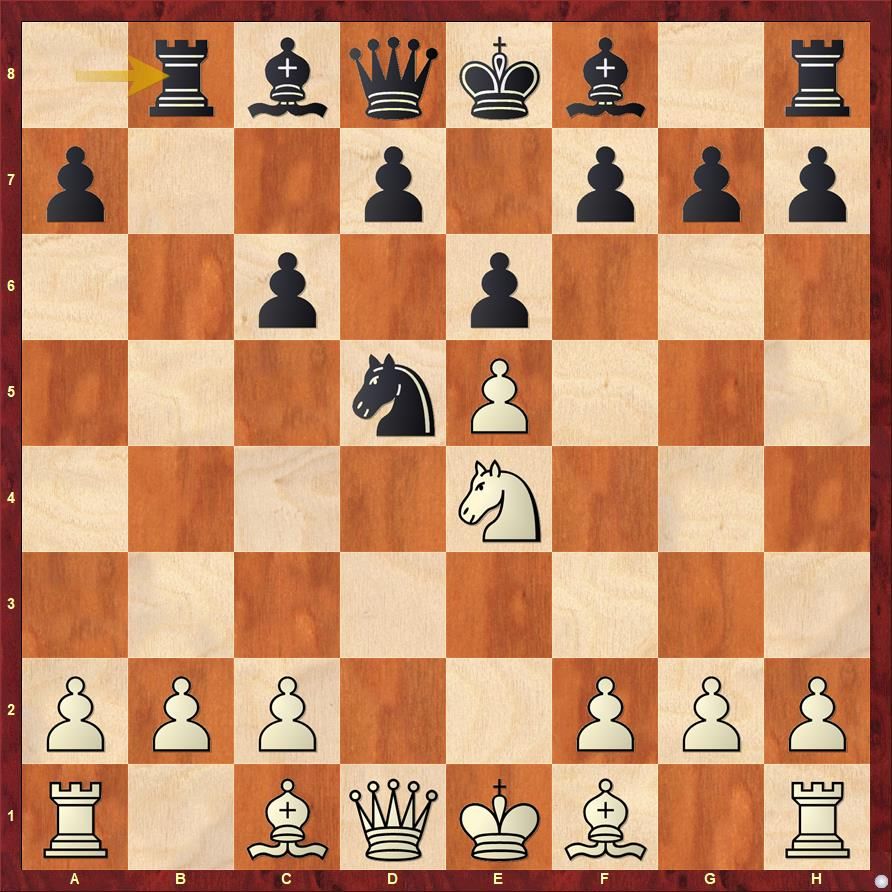 The move ...Rb8 is not a common one here. Black usually plays Qc7, forces f4 and then goes Qb6. The move Rb8 hasn't been played by any strong player above the Elo of 2300. But Pragg had analyzed it and decided to give it a go.

Ruiz's handling of the position was quite good. He developed his pieces normally and ensured that he didn't fall for any tactics that were prepared at home by Pragg. The critical mistake came on move 19. 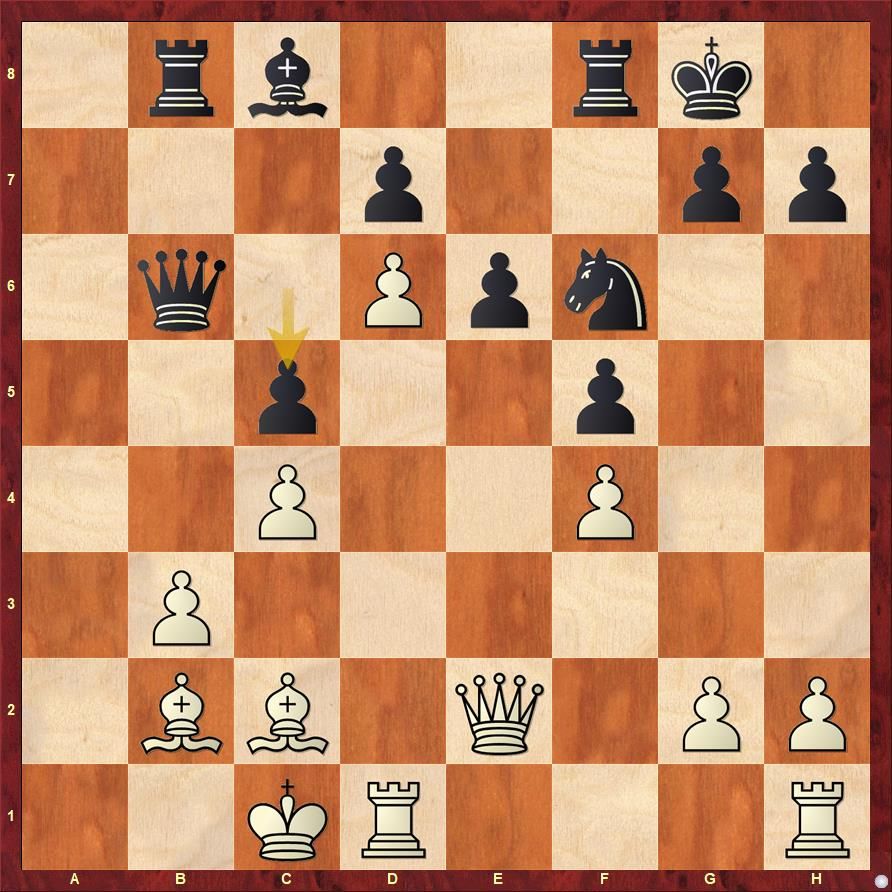 Pragg should have played ...Rf7 instead of c5. The point is not so easy to understand when the position is new to you. White's main idea in the position is to play g4 and sacrifice a pawn. After Nxg4 Rg1, if you hadn't played c5 then you would have the option of Qe3+. In the game c5 was played and after g4 White's attack was just too quick. 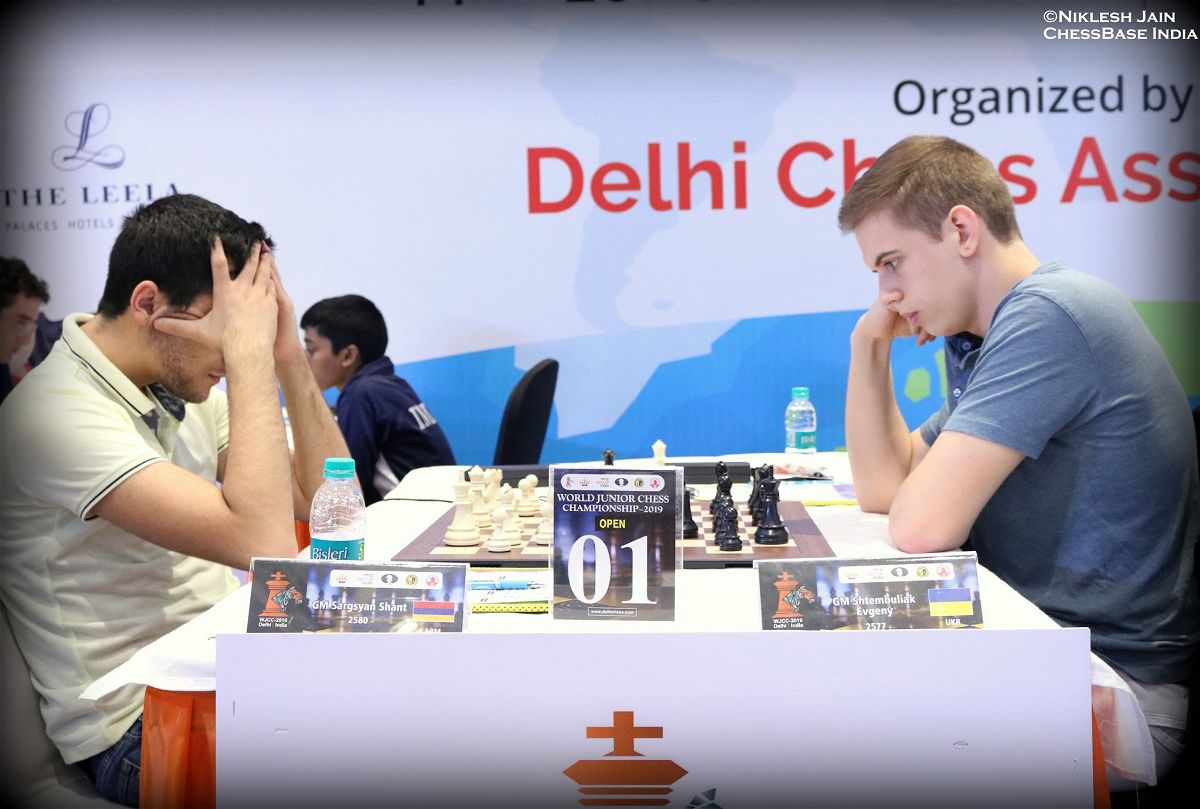 A big theoretical discussion took place in the game between Shant Sargsyan and Evgeny Shtembuliak. Shant was pressing throughout the game, but Evgeny managed to hold the draw. | Photo: Niklesh Jain
GM Karthikeyan Murali managed to beat Volodar Murzin 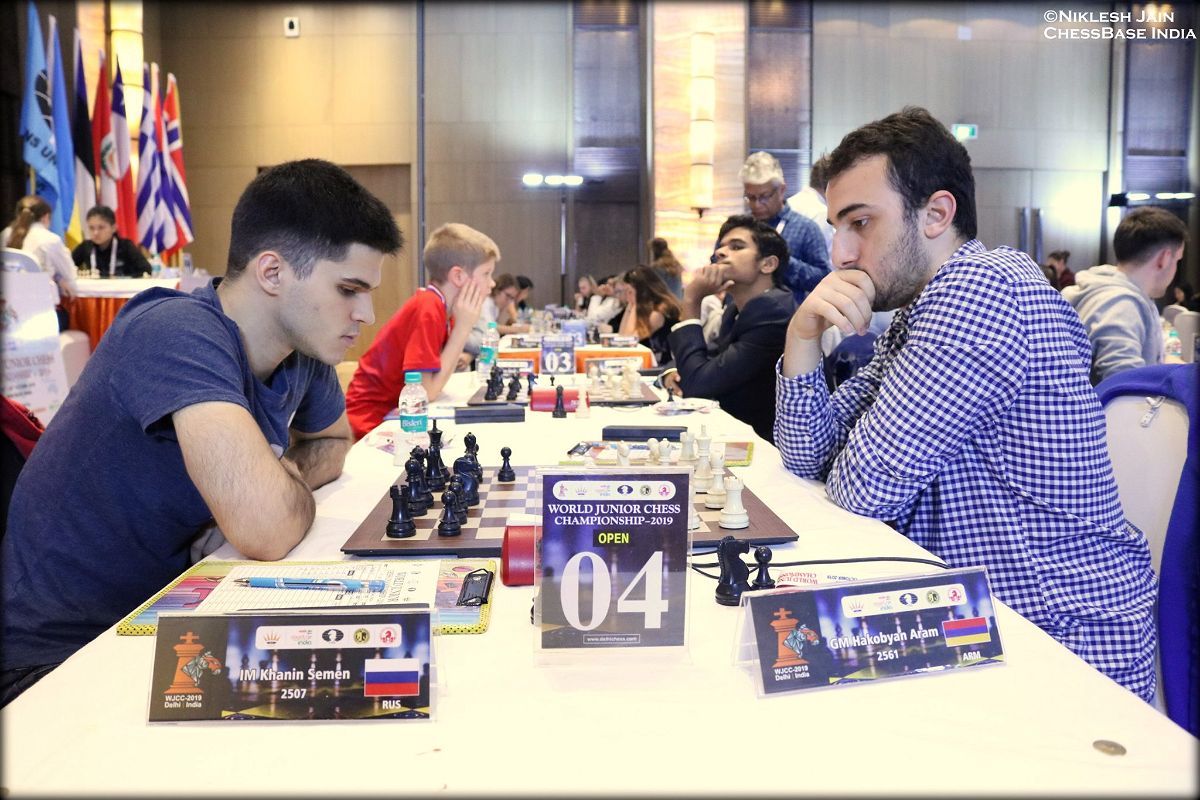 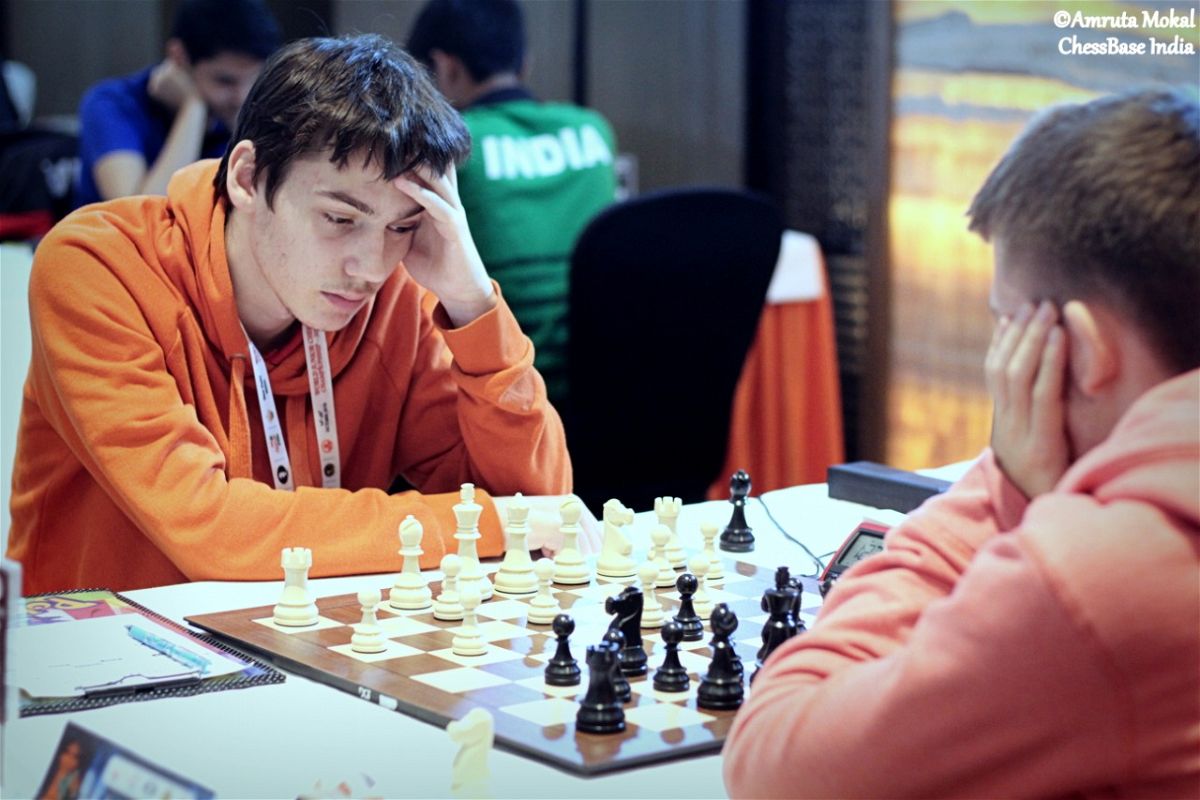 Viktor Gazik lost his game to Romanian IM Mihnea Costachi. Mihnea has had an excellent event until now and is unbeaten, closing in on his GM norm | Photo: Niklesh Jain 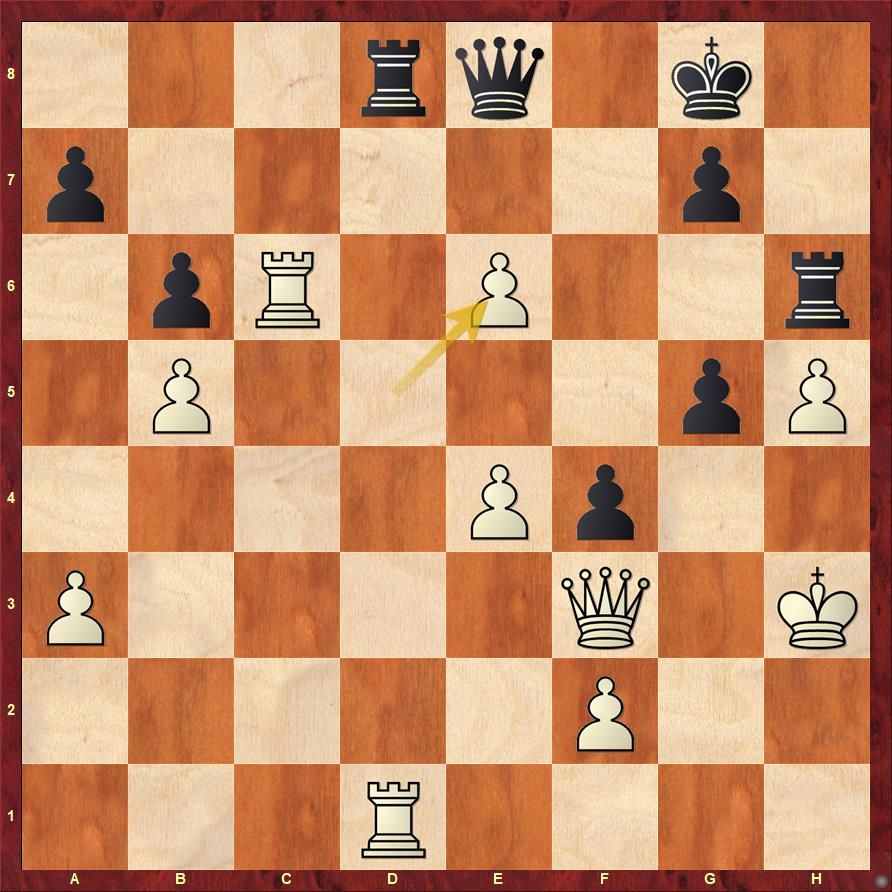 White has just played dxe6. Why is it a blunder?
Or Bronstein attacked like David Bronstein and scored a nice win over Visakh NR 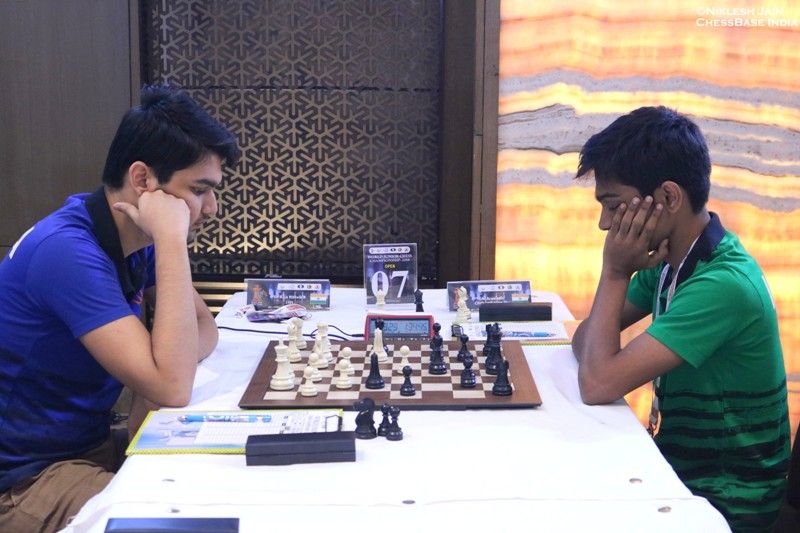 Third seed of the event Aravindh Chithambaram is trying to get his way back to the top. He beat Rithvik Raja and is now on 5.5/8 | Photo: Niklesh Jain 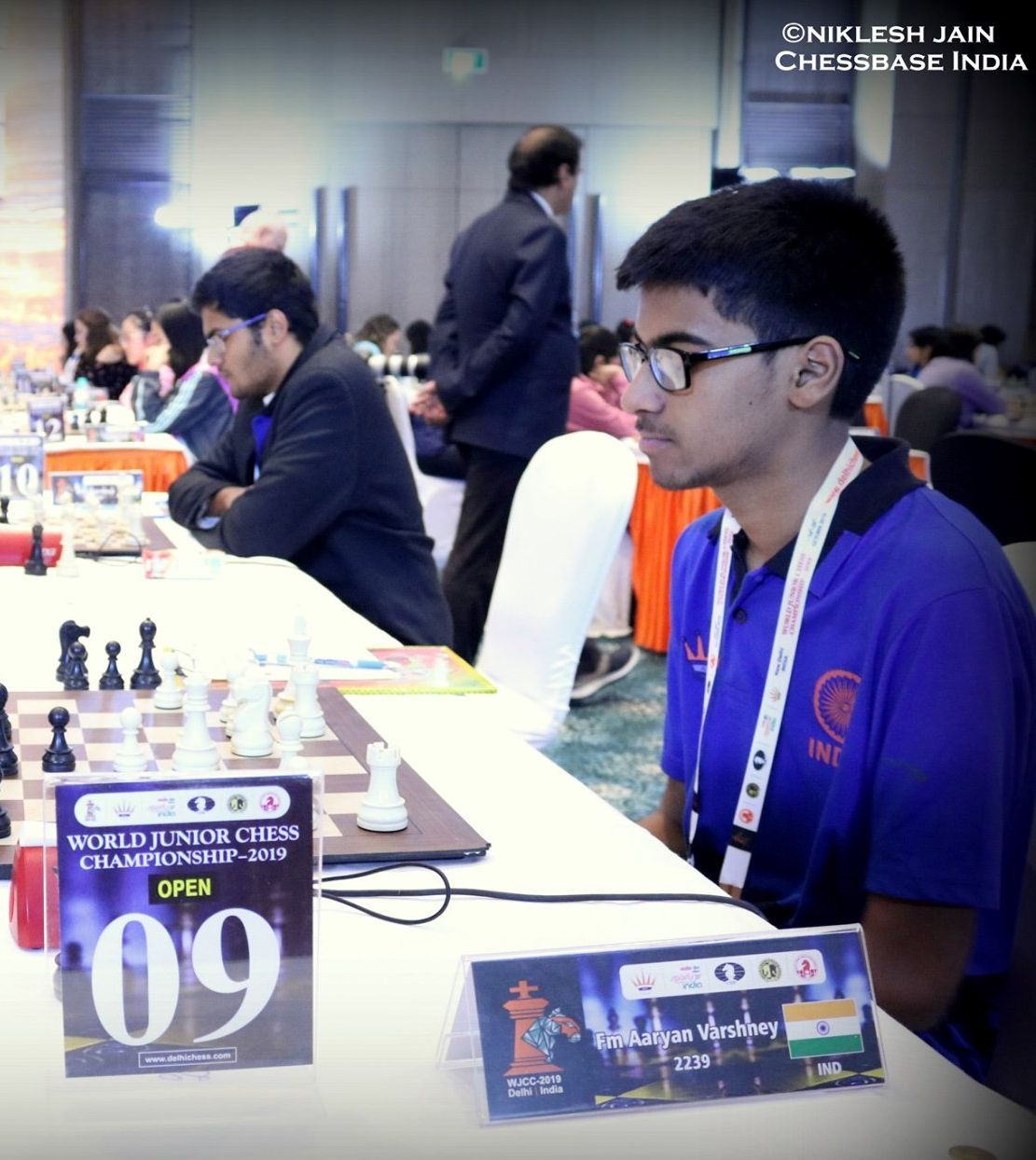 Youngster Aaryan Varshney has played excellently at the World Juniors and has scored his second IM norm with one round to spare | Photo: Niklesh Jain 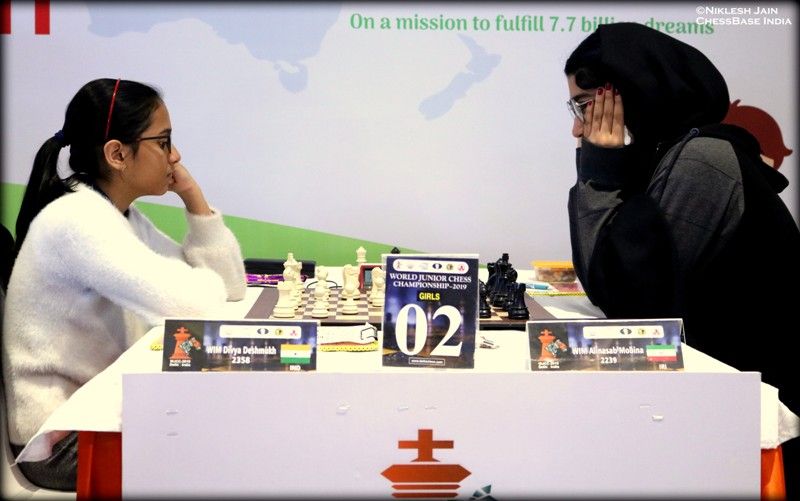 Divya Deshmukh showed nerves of steel as she used her opponent Mobina Alinasab's mistake in time pressure to save a completely lost game.  | Photo: Niklesh Jain
Final moments of Divya vs Mobina Alinasab 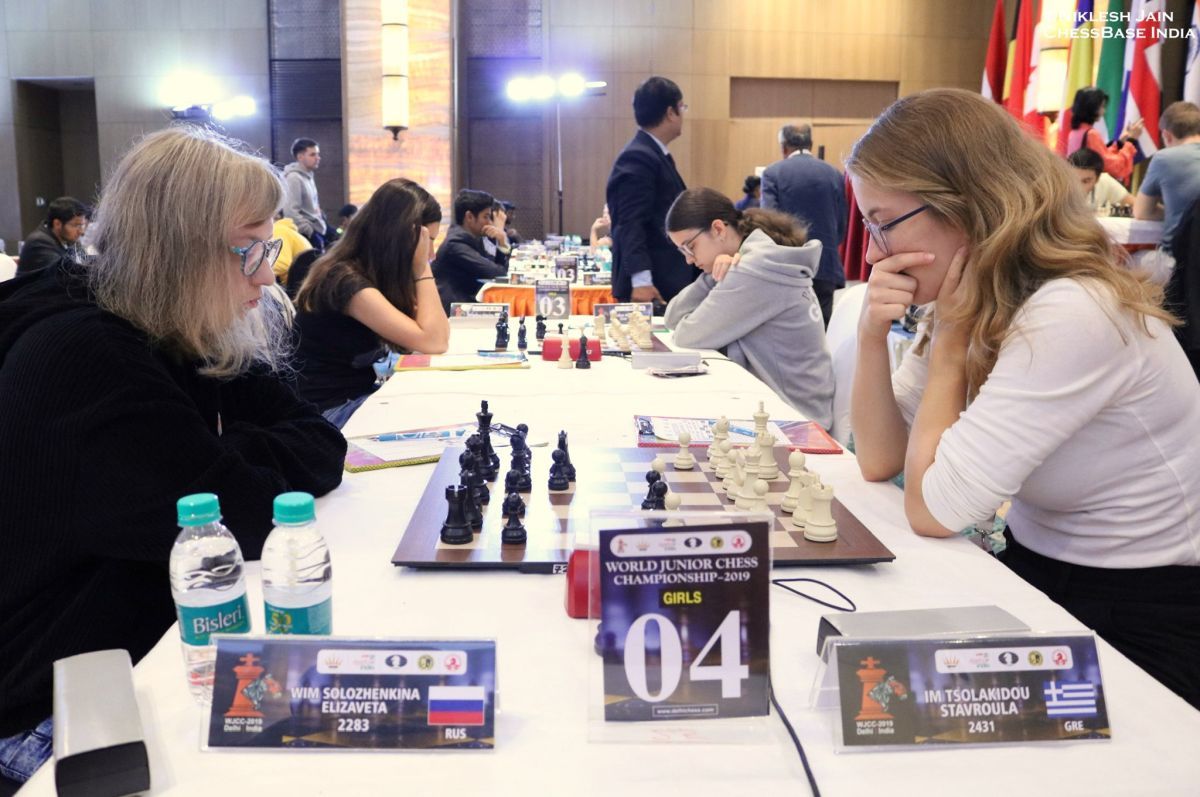 Stavroula Tsolakidou won her game and is now in third place with 6.0/8 | Photo: Niklesh Jain 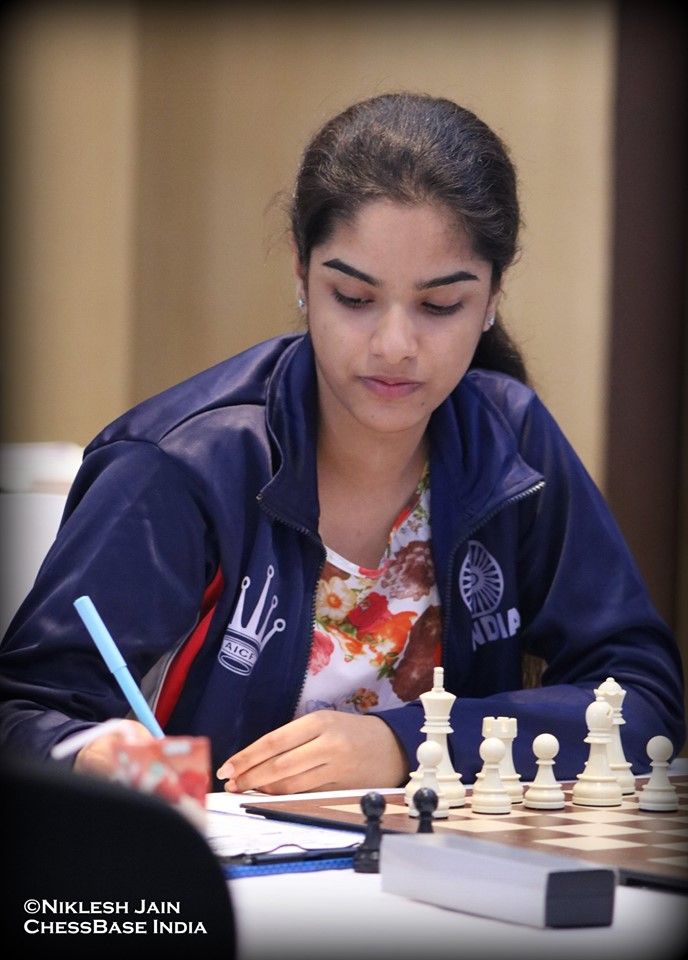 Priyanka Nutakki beat R. Vaishali in the 8th round. After the game Vaishali has withdrawn from the event and would not be playing further. | Photo: Niklesh Jain
Interview with Priyanka Nutakki after her win against Vaishali 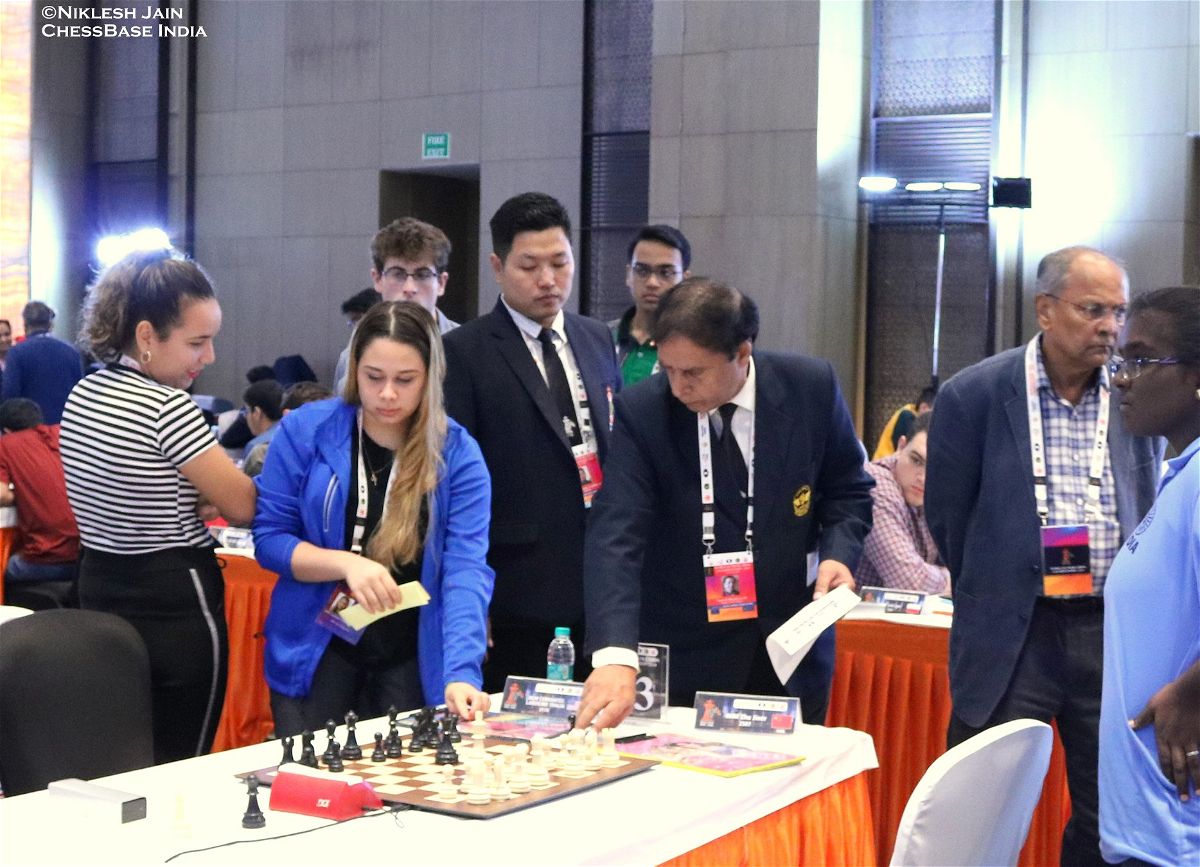 American Thalia Cervantes drew her game in nine moves with black against top seed Zhu Jiner. How did she do it? | Photo: Niklesh Jain 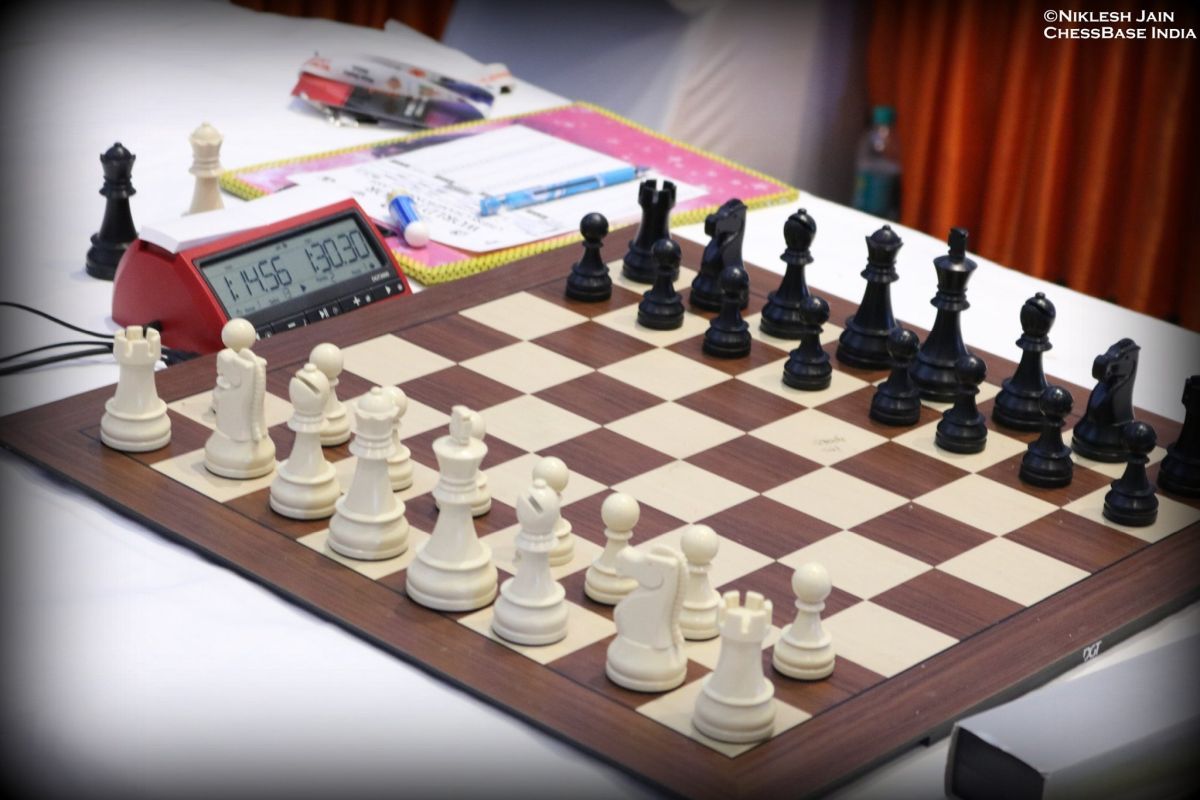 Round 8 saw a walkover! It was not another Iran vs Israel encounter! | Photo: Niklesh Jain 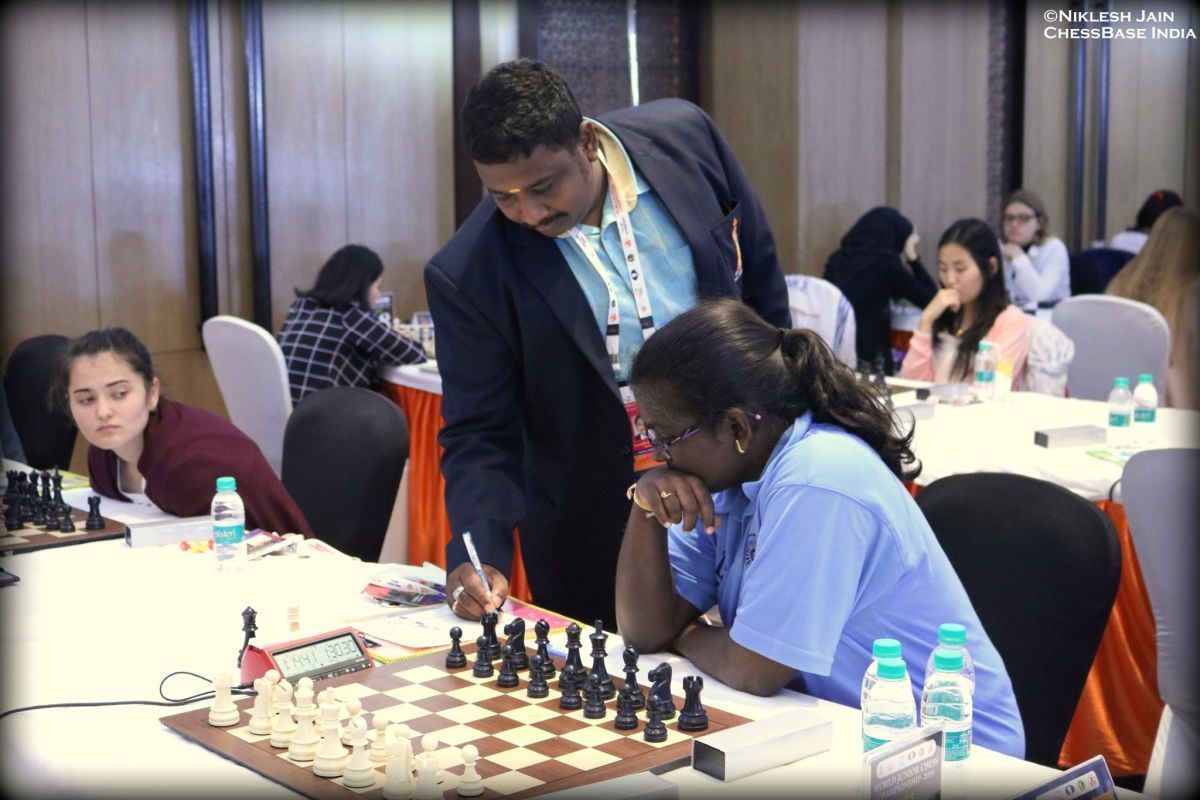 Lakshmi C got the full point as her opponent Vantika Agrawal didn't turn up because of bad health | Photo: Niklesh Jain

Round 8 results in open

Standings after round 8 in open

Round 8 results in girls

Standings after round 8 in girls

With three rounds to go, who do you think will win in the open and girls section? 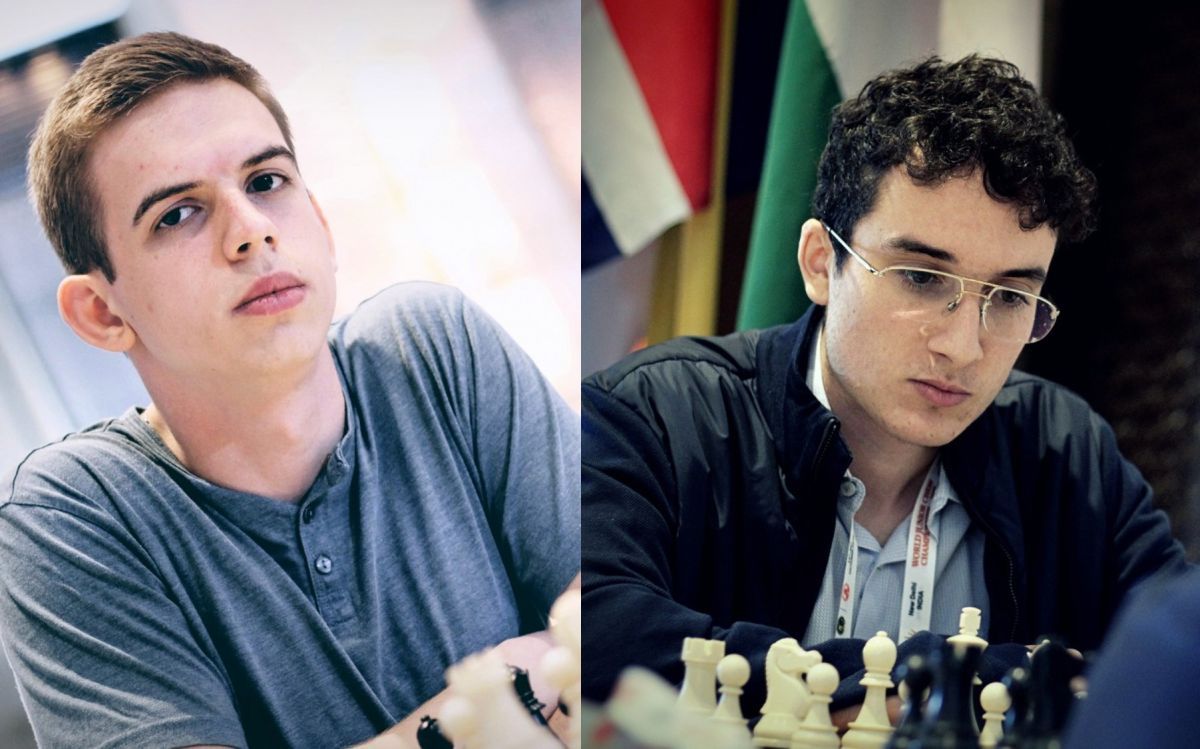 Shtembuliak and Miguel Ruiz are in joint lead in the open section with 6.5/8 | Photo: Amruta Mokal 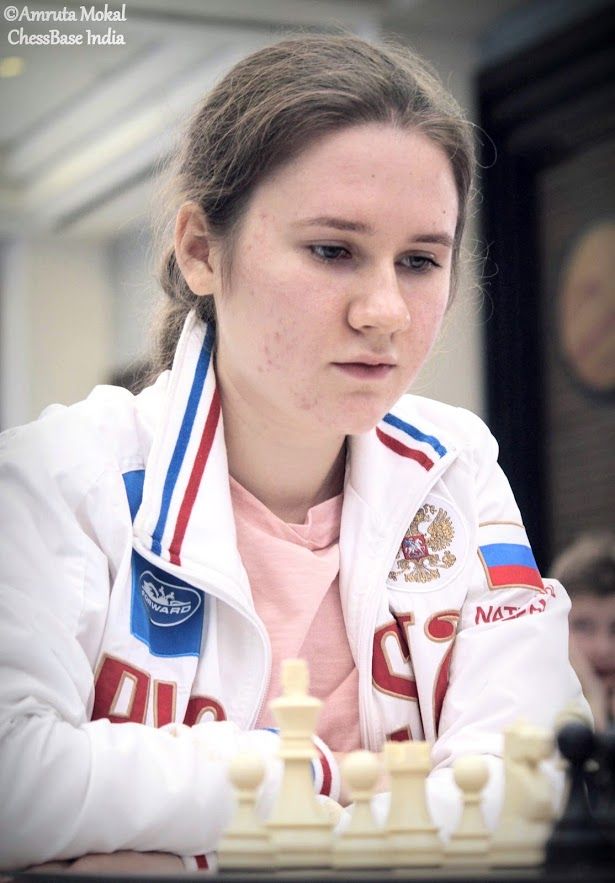 Polina Shuvalova is in the sole lead in the girls section with 7.0/8 and seems all set to finish first! | Photo: Amruta Mokal
Related news: