Alexander Donchenko took an almost unassailable lead when he beat Luigi in Round 7 to take his score to 5.5/7 in Tegernsee Masters 2020. He needs a win in the last two rounds to become a guaranteed champion, a draw in the final two rounds means, he can still win the event on tie-breaks. Fier scored his first victory of the event after scoring a victory over Germany no.1 Bluebaum by making a well-calculated bluff. Leon Mendonca Luke made a short draw with Parvanyan. His final two opponents in the tournament are - Fier and Thai Dai Van in Round 8 and 9 respectively. Photo: Official site

Brazillian GM Alexander Fier turned things around and beat Germany no.1 Matthias Bluebaum in Round 7 to register his first victory of the tournament. He achieved this by bluffing an exchange variation and the German didn't call his bluff, instead he made a couple of inaccuracies in the next couple of moves which allowed Fier to gain huge advantage and eventually a full point. Donchenko was the only other victory in the round when he beat GM Pier Luigi Basso to take his point to 5.5/7, gaining a full point and a half lead. IM Leon Mendonca Luke made a short draw in just 23 moves against IM Ashot Parvanyan and GM Thai Dai Van Nguyen held GM Liviu-Dieter Nisipeanu to a hard-fought draw.

Despite having a forgettable event so far, Fier bluffed Bluebaum which eventually paid off handsomely for him. 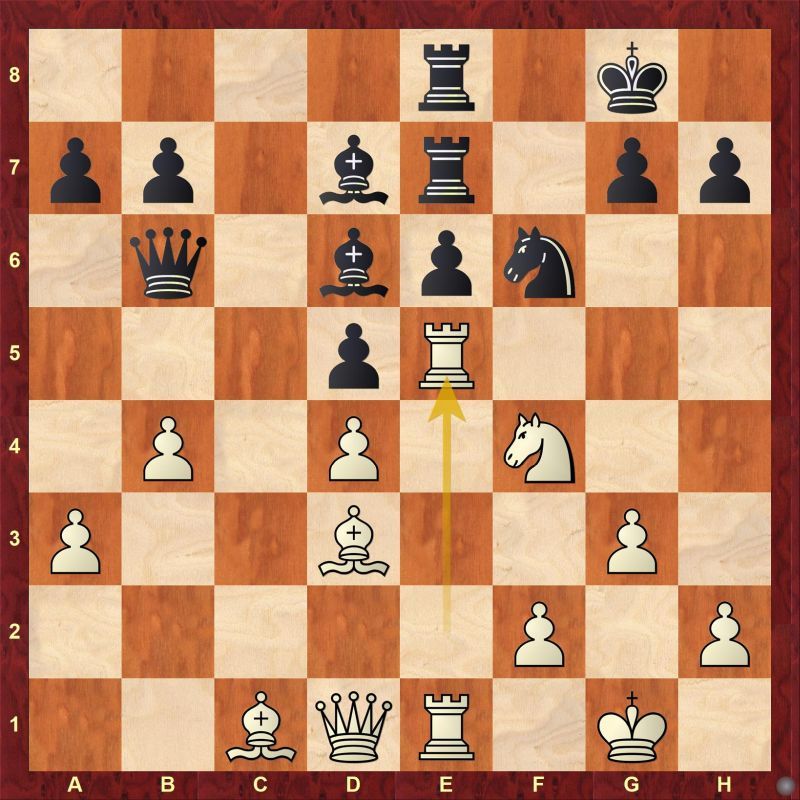 White's offer of an exchange sacrifice with 20.Re5 is just a bluff as after 20...Bxe5 21.dxe5 black has Ne4 and if white recaptures with 21.Rxe5, it's not at all as menacing as white wants it to be. Fortunately for Fier, Bluebaum didn't call his bluff and continued with 20...a6 and after a couple of moves white got the initiative and eventually the upper hand and the full point.

Fier still has a lot of fire | Photo: Official site