The world was waiting with a bated breath. Praggnanandhaa moved his knight to c6. The little American GM Awonder Liang saw no way to stave off mate and stretched his hand out in resignation! Little Praggu had done it! The boy has scored his maiden GM norm! But there is no time to relax. With 6.5/8 Pragg is in a great position to win the World Juniors title. All that he has to do is beat Norwegian Aryan Tari, who is in the lead, in the ninth round! It's going to be a fascinating finish. We bring you all the action from the eighth round with video analysis by IM Sagar Shah.

There was a collective sigh of relief from the entire Indian chess playing population. Praggnanandhaa made his first GM norm! The boy had achieved his IM title one and a half years ago. Every time he would come close to making a GM norm, he would falter. The time to overtake Karjakin's world record of becoming the youngest GM in the world was running out. But Pragg finally delivered and he delivered in style! With a rating performance of 2749, he achieved his GM norm with one round to spare. Mind you, you only need a performance of 2600 to make a GM norm! The first person to tweet about Pragg's GM norm was coach R.B. Ramesh.

First GM norm for Praggnanandhaa! So it begins... 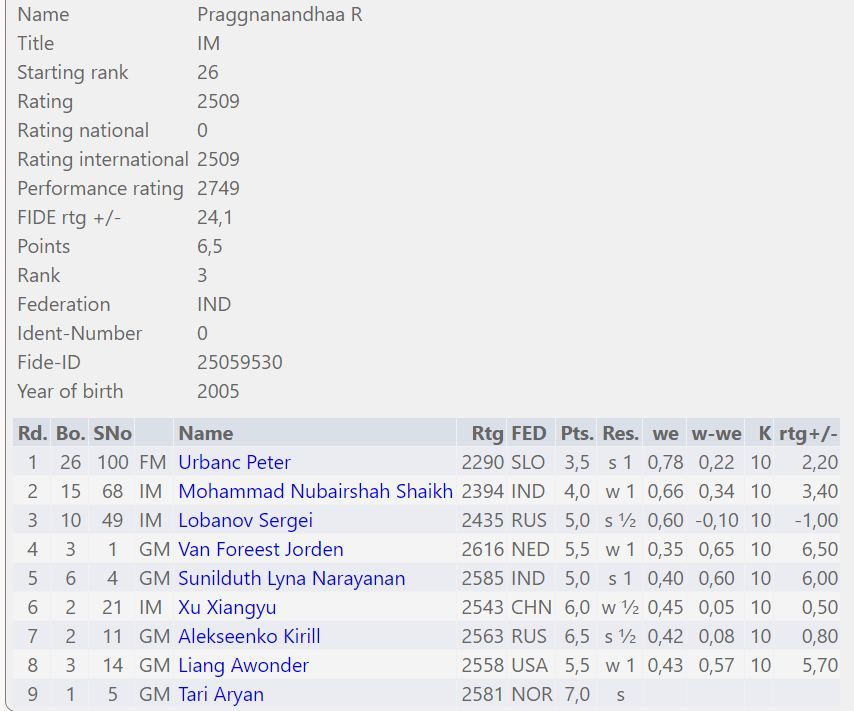 Pragg's performance at the World Juniors after eight rounds 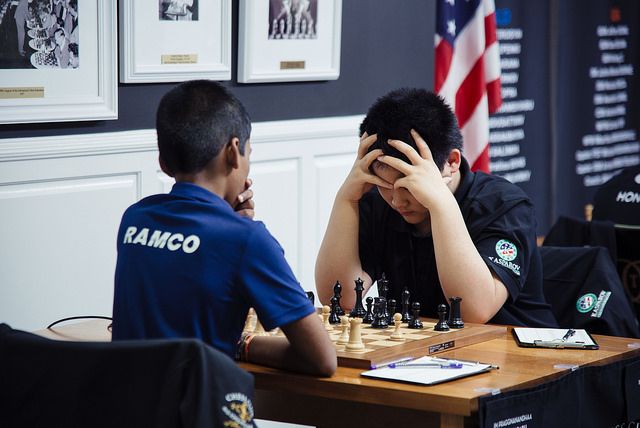 Pragg vs Liang in the match of millennials which took place earlier this year | Photo: Lennart Ootes

Awonder Liang is a very strong opponent. Definitely one of the most talented players in the world. He became a GM at the age of 14 years, second youngest in America (after Sevian) and eleventh youngest in the history of chess. With a rating of 2548, Pragg faced a tough challenge in round eight. But the boy from Chennai had absolutely no problems in overcoming his opponent. As early as 10th move he got a nearly winning position! 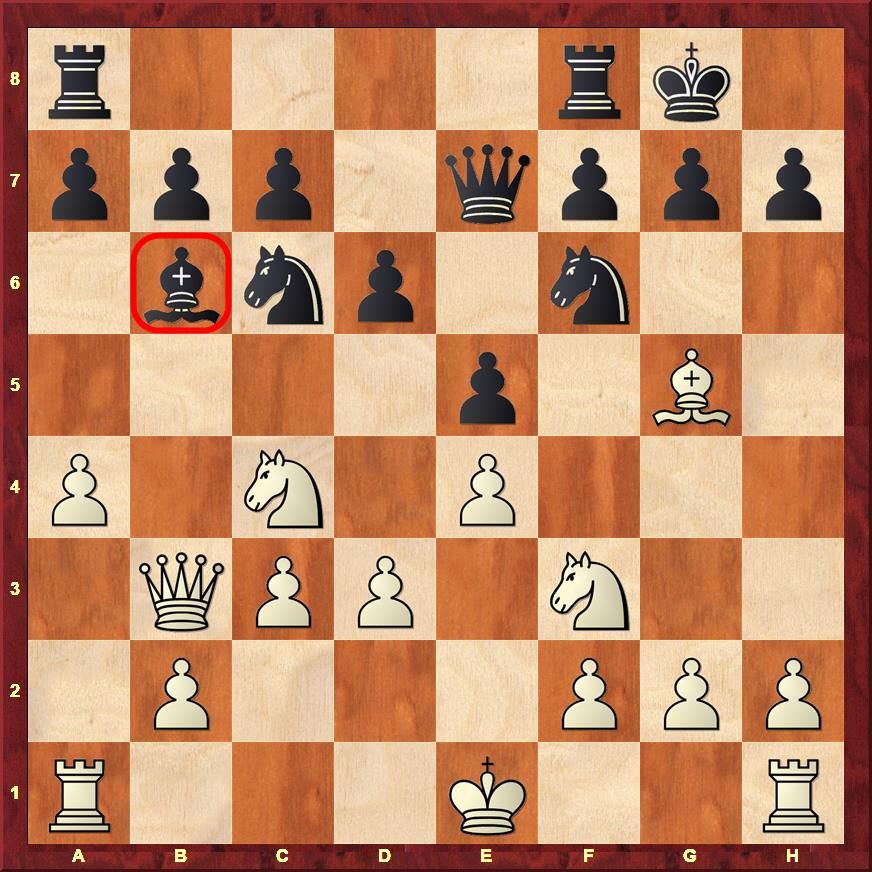 The move a4! was extremely strong. The play in the opening revolved around trapping the bishop on b6 and winning the pawn on b7. 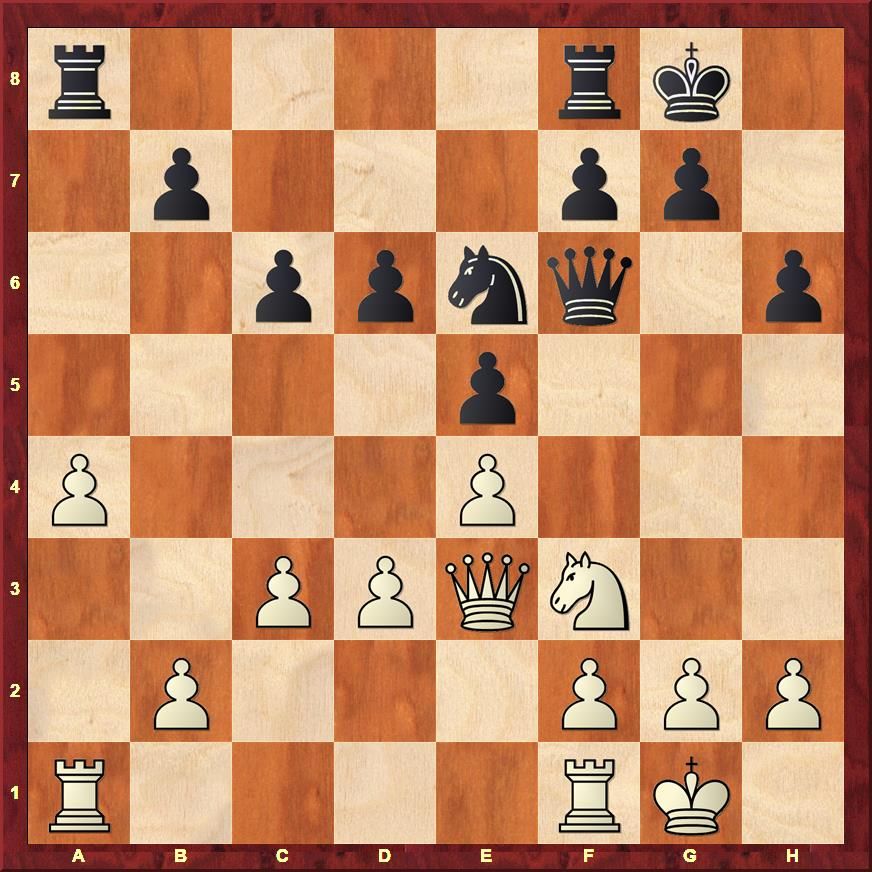 Very soon we reached a completely normal position with Black missing a pawn!

The rest was not really a problem for Pragg as he made one strong move after another and soon reached a position where his opponent could have resigned: 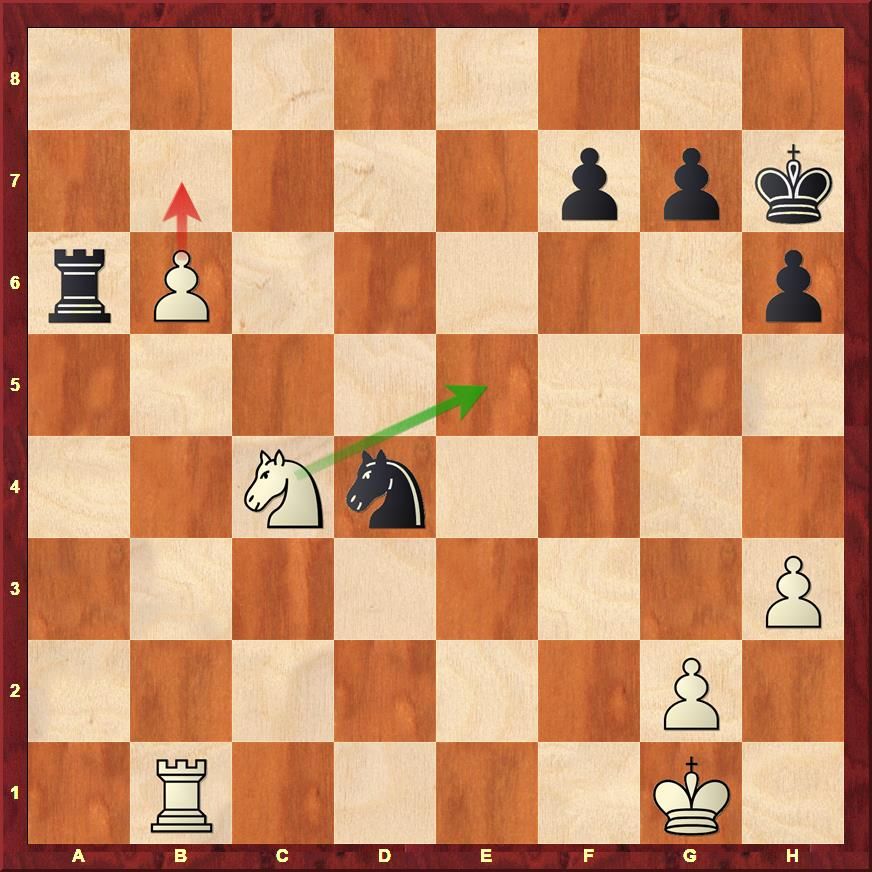 Ne5 in this position would have ended the game, as then Black has to give up the rook to stop the pawn from queening. Pragg played b7 when after Nc6 he won the knight 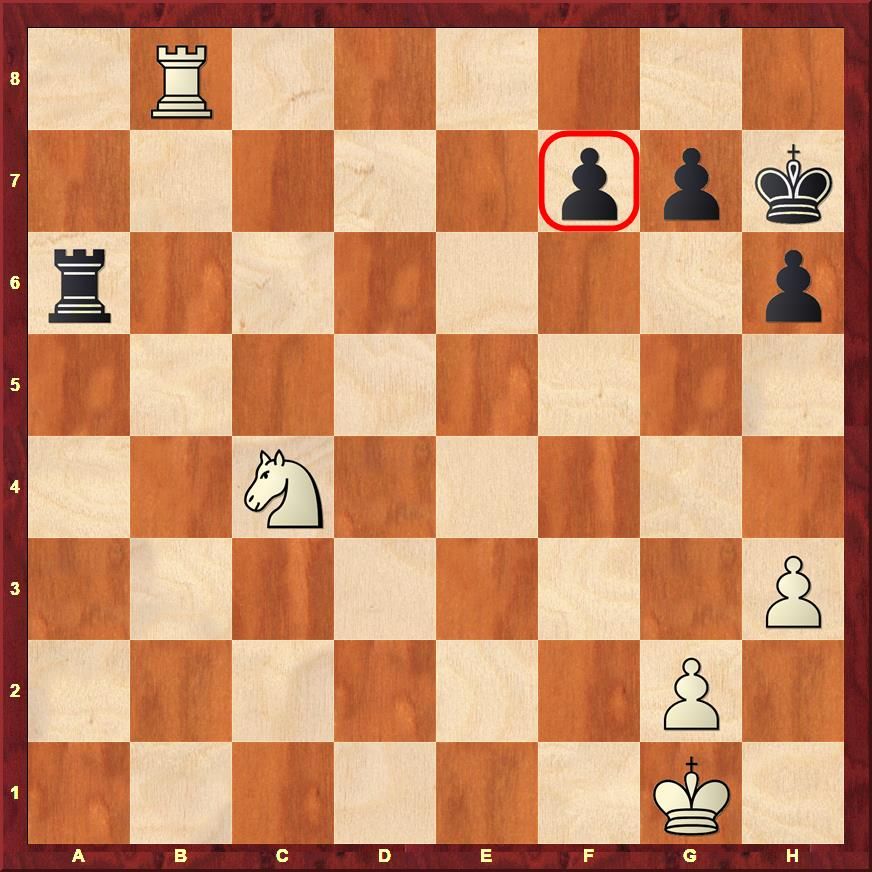 The technical part of the game was not easy. This position requires quite a bit of effort to convert it into a full point. Even though the road was not smooth Pragg reached his destination! And made his maiden GM norm! 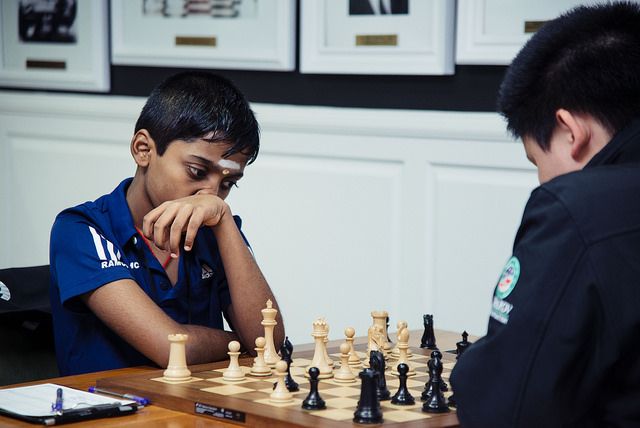 One down, two more to go! Or shall we say, three more rounds to go?!! Everyone is hoping that Pragg takes the short cut of winning the World Juniors and becoming a grandmaster!

While major focus has been on Pragg, Karthikeyan Murali played a phenomenal attack against Shardul Gagare to move to 6.0/8. Karthi sacrificed a rook, and broke through to mate Black's king. This is a game worth watching and learning from: 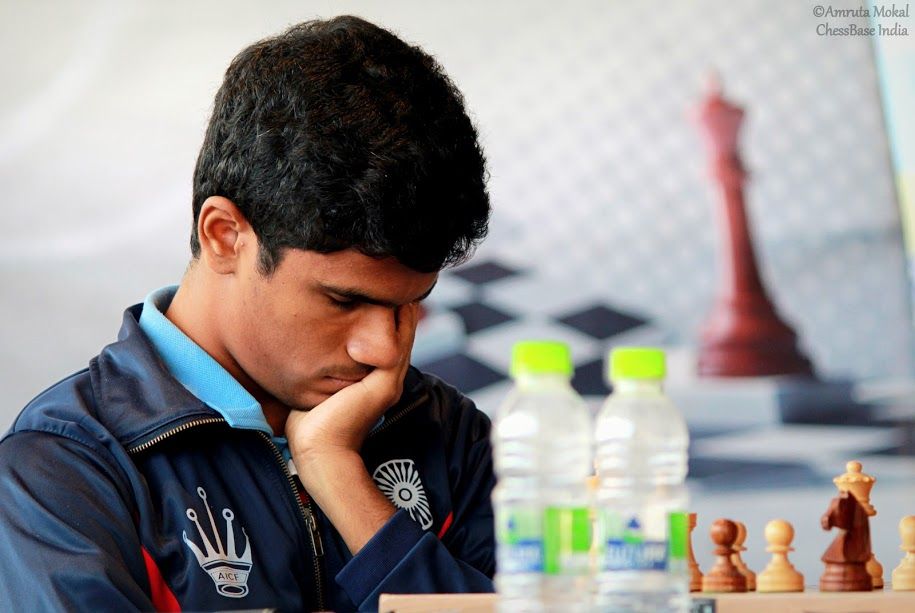 You cannot keep the two-time National Champion quiet for long!

Two Indian girls have a great chance of winning a medal. They are Aakanksha Hagawane and R. Vaishali. 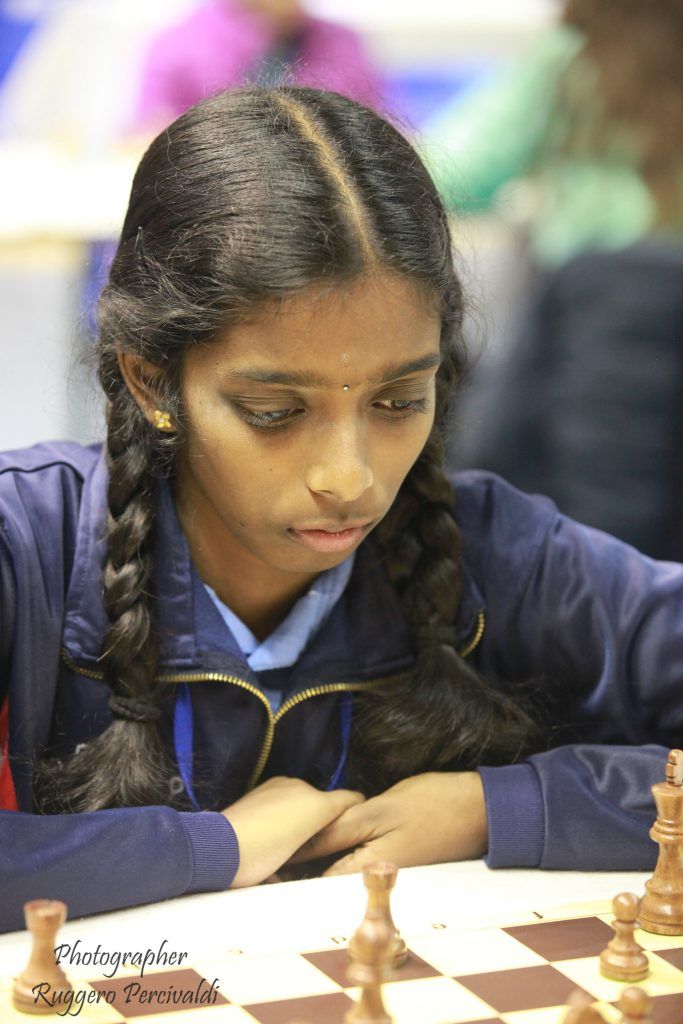 Can Vaishali make it to the podium! Perhaps it would be the first time that a brother-sister duo would be winning medals at the World Juniors 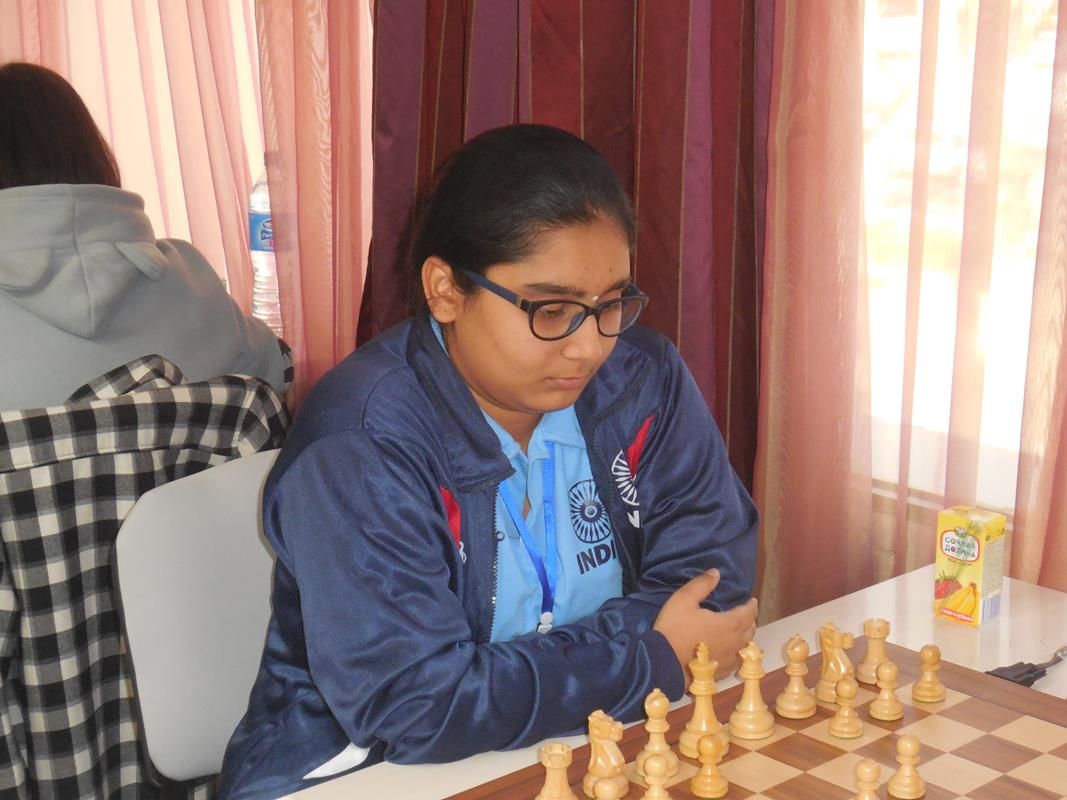 The golden girl of India! Can Aakanksha put her foot on the accelerator in the last three rounds and make it to the podium?

We are very sure that you have all seen the ChessBase India show that was conducted by IM Sagar Shah when he went to Praggnanandhaa's place in Chennai. However, in case you have missed it, here's your chance to see Pragg in action. How does the boy calculate, what does he think and how is he able to find his way through the maze of complications so easily: