Tournament leaders were halved from four to two after the fourth round of the World Junior Championship. The only Indian among the tournament leaders, IM Harsha Bharathakoti, slipped down after his loss to the Russian FM Aleksey Sorokin. On the bright side, however, R Praggnanandhaa, the 12-year-old IM from Chennai crushed the top seed of the tournament, Jorden van Foreest with surgeon-like precision. Another important win was scored by GM Murali Karthikeyan against the local GM Luca Moroni Jr. Round 4 report.

Quite a day it was in Tarvisio yesterday. As per the weather report, it was partly sunny. Perhaps, even the sun was peeking through the contours of clouds to get a glimpse of the happenings at the World Junior Chess Championship as its yellow haze illuminated the snow-clad mountains.  After all, the action was nailbiting!

On board two, Harsha Bharathakoti had the white pieces against the Russian FM Aleksey Sorokin. Harsha had won all of his last three games and just overall this year he has been on a roll. But Sorokin turned out to be a tough nut to crack for Harsha. Essaying the Gruenfeld Defence with the black pieces, Sorokin was able to generate strong initiative on the queenside and centre. On move 26, Harsha missed a finesse that could have consolidated his position.and things quickly went south after this. 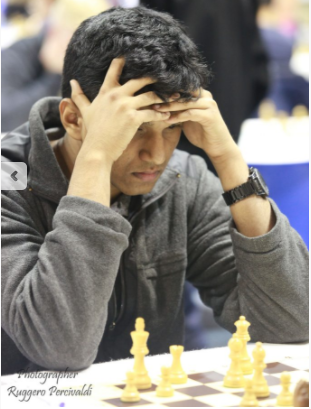 Harsha suffered his first loss in round 4 but we are sure he will bounce back in the upcoming rounds. | Image: Ruggero Percivaldi

Even though one player slipped from the top, two others won their games brilliantly and maintained their joint second spot. Sitting right beside Harsha, on board three was the 12-year-old R Praggnanandhaa. He was paired against the top seed of the tournament, Jorden van Foreest. 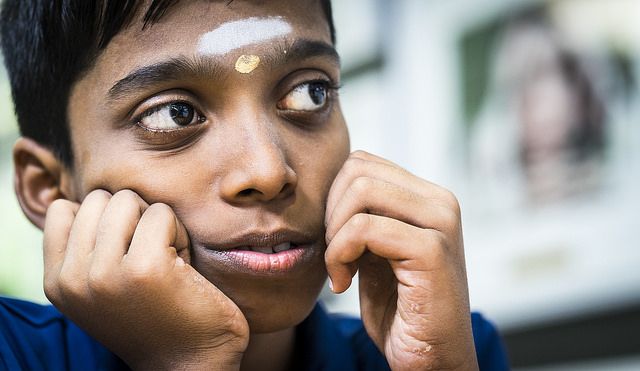 Even though he is only 12 years old playing against much older and experienced players, Praggna is a force to be reckoned with! | Photo: Lennart Ootes

With the white pieces, Praggnanandhaa went for the much in vogue Italian Opening. Soon the players reached a typical position where black had good centre control while white had attacking prospects on the kingside. But just because he had good attacking chances, Praggnanandhaa did not rush things like many other 12-year-olds would. He showed great maturity and skill to outplay his opponent positionally. You can find a detailed analysis of the game by IM Sagar Shah here.

Video analysis of the game by IM Sagar Shah 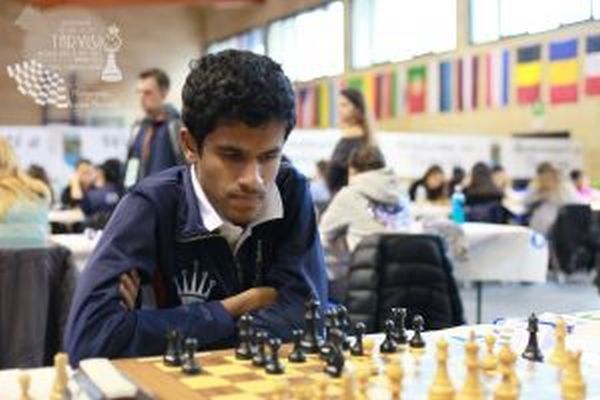 On board 7, Murali Karthikeyan went for a King's Indian Attack against Luca Moroni Jr. Quite unusually, there wasn't a single exchange of a piece or even a pawn for the first 20 moves. But when an exchange did finally take place, the Indian ended up with a superior position and an extra pawn to the good. Once he had the advantage, Karthikeyan didn't let it slip by. After a few skirmishes, the players entered an endgame where Karthikeyan had an outside passer in a rook endgame which he successfully converted in his favour. 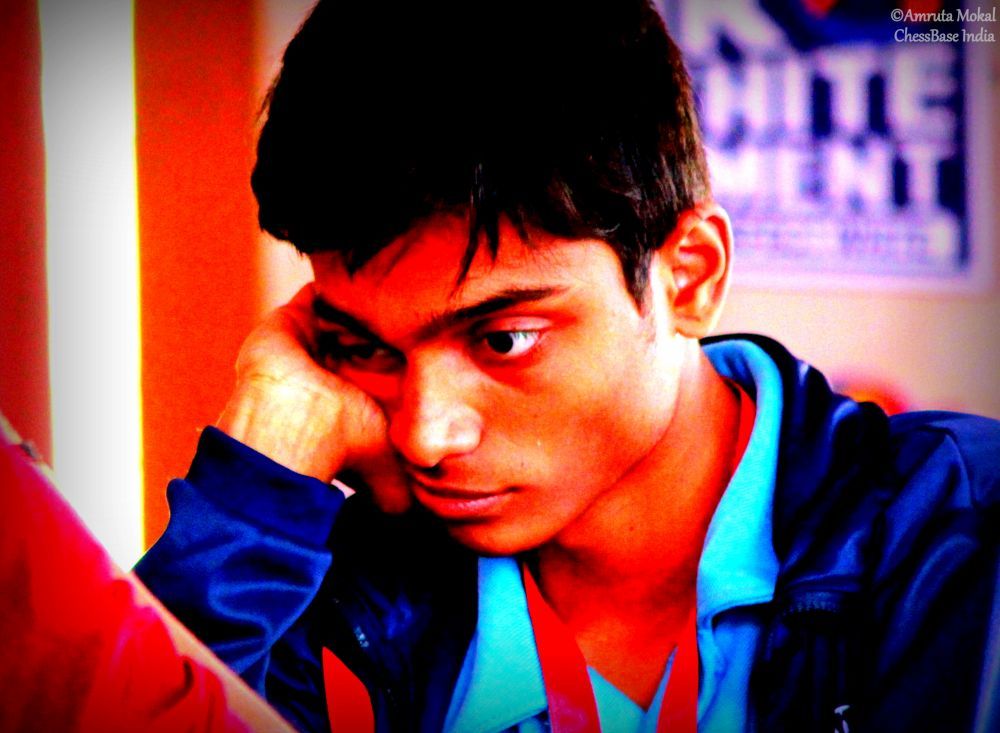 After his first-round loss to Pavle Dimic, Aravindh Chithambaram has bounced back strongly with three consecutive wins. In round 4, he beat IM Jorge Marcos Gomes Sanchez from Cuba. | Image: Amruta Mokal