22nd November 2013. Who doesn’t remember that date. Magnus Carlsen began his iron fist rule of the top of the chess world by defeating Anand in Chennai. The Mozart of Chess finally took over the mantle of World Champion, taming the Madras Tiger in his own den! Does playing in front of your home crowd in chess make any difference? The players are after all fighting it out inside four walls with no real fans in sight. In this article we try to understand this subject which has not really been given importance in the chess world - the pressure of playing on home-turf. This topic assumes even more importance when we have the Norway super tournament beginning from today where Carlsen will fight in front of his home crowd.

This article was originally published on Firstpost

Is playing at home really so stressful for chess players?

We all know that footballers love playing at home. Take the recent reversal Barcelona suffered at Liverpool for example. Their army of fans cheering them on, the adrenaline pumps, the jeers targeting the opposition - it literally is a psychological mountain on the shoulders of the travelling team. Other physical sports as well, like basketball and cricket, allow the home team to pile up points based mostly on positive emotions. 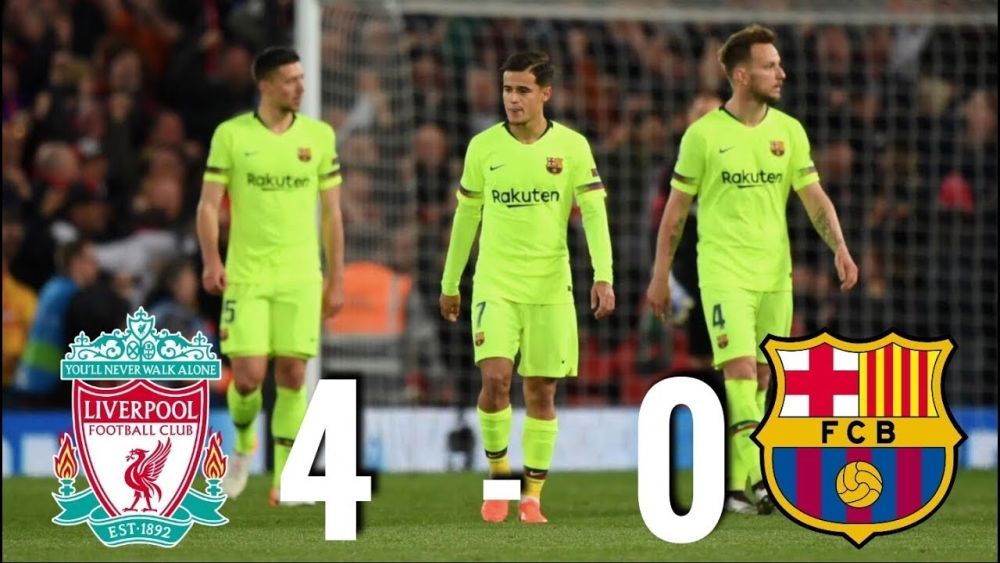 Barcelona suffered a stunning u-turn at Anfield after leading 3-0 after the first leg.

However, how can playing at home or away be a factor when it comes to a mental sport like chess? Chess is a sport where fans cannot really take part by showing their emotions or excitement. Surely such dynamics of home and away are irrelevant? Don’t you think so? Well, quite the contrary. Firstly, chess is an intense mental game, which has an element of physicality in it - namely the ability to play the best moves after hours of play. These adrenaline bursts that footballers and cricketers get while playing at home - they are something that chess players want to stay away from, as they suddenly lose the most important requisite in a successful quest for the best move - a cool head. Secondly, the mind is fickle - it takes hours to fully compose itself, but less than a minute to lose that equanimity. The expectations of the home fans are more a bane than a boon for a Grandmaster. He has to calculate a great deal as it is, and the need to win in order to satisfy his fans doesn’t really help his cause.

No one understands this better than five-time world chess champion Viswanathan Anand. Back in 2013, he was scheduled to face Magnus Carlsen in a battle for the World Championship. That’s not all, Carlsen would be coming to the Madras Tiger’s den – to a country he had never visited or played in before. The match was slated to be held in Chennai. Tough luck for Carlsen? Not really! While the entire country rooted for Vishy, Magnus was happy to remain away from the spotlight. Carlsen was the stronger player on paper in terms of rating, but the thing that was going in Vishy’s favour was the fact that he had the match experience of 4 World Championship Matches, while Carlsen had played none. This should have been utilized by Anand at the start of the match, but instead he too seemed pretty nervous. This was quite apparent from game one when with the black pieces Anand got an excellent position out of the opening. Instead of trying to put more pressure on Carlsen, who was quite overwhelmed by the new situation, Vishy accepted the draw. 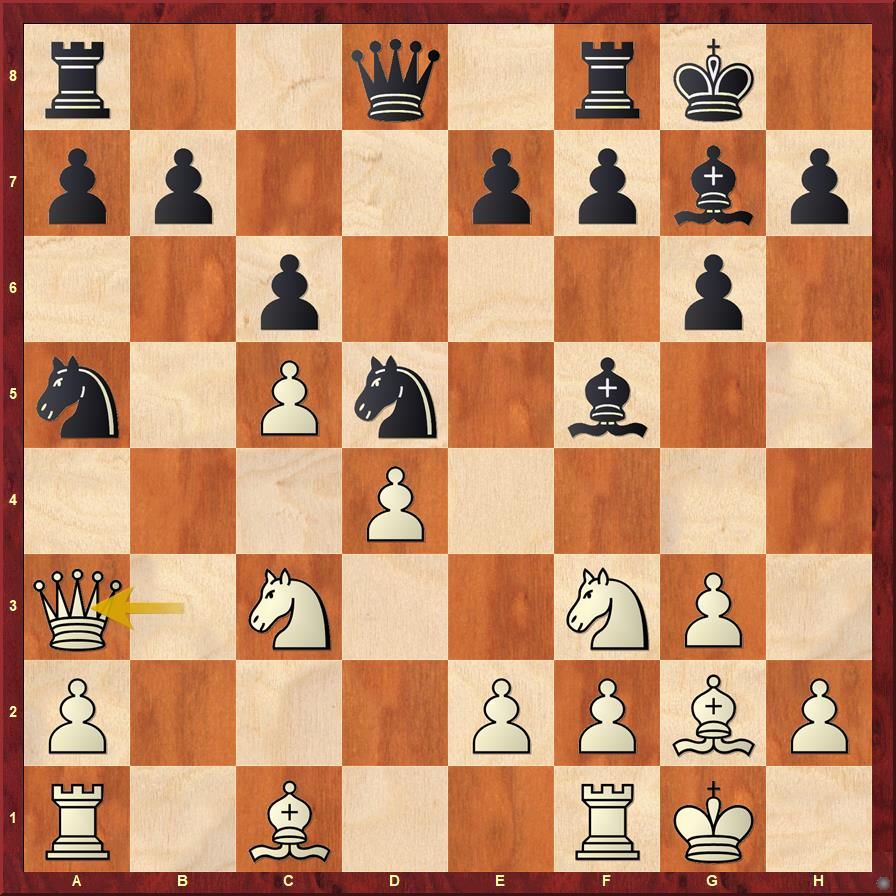 Here Anand could have played on with ..b6 but instead he agreed to a draw with ...Nc4 Qb3 Na5 Qa3 and a repetition

A lot of experts have said that the match was lost in the first four games of the twelve-game match. Although all four encounters ended in draws, Carlsen was under pressure throughout these games. Once he overcame the initial hiccups though, he was back to his actual level of play. But what was wrong with Vishy Anand? One can safely say that if the match was held in a neutral location like Russia, or USA or some other country outside India, Anand wouldn’t have been as nervous as he was playing in Chennai. In a way this World Championship Match was the culmination of what Vishy had done for Indian chess since the last couple of decades. By winning multiple World Championship crowns, and dominating the world of chess, he had popularized the sport to such an extent in the country that the Tamil Nadu government under the leadership of Jayalalitha had agreed to sponsor the entire budget of the match, Doordarshan was broadcasting each game live on television with commentary, and thousands of Indian players, hundreds of journalists gathered each day at the venue to watch the games live. Although, during the game, players are unable to see the fans, they definitely see them and have to interact with the local and international press in the post-game conference. Seeing all those recognizable faces in the crowd and having to answer questions from them, was becoming a bit too much for Anand.

In the end Vishy Anand lost the match by 6.5-3.5, two games before the full-duration. In all of this definitely the pressure of playing on home turf was quite huge.

The interesting bit now is the Norway super tournament 2019 that will begin from tomorrow. Magnus Carlsen, like Vishy Anand, has singlehandedly transformed Norway into a chess loving country, and chess has become the most popular sport in Norway because of Magnus. Whenever Magnus goes to play in important events, the Norwegian media follows and many times the games are also shown live on prime time television, chalking up numbers, which not even popular Norwegian sports like football or winter sports biathlon and cross-country skiing are able to achieve.

Norway started hosting a super grandmaster tournament from 2013, when it was clear that Carlsen’s achievements had gathered the chess momentum in the country. The tournament has since been conducted every year, into its 7th edition in 2019. What is surprising is that King Magnus has only won one out of those 6 events he has taken part in, and has failed to score more than 4.5 points out of 9 in the past two editions. He even had one of the worst tournaments of his life in 2015, scoring just 3.5 out of 9 and losing to his second Jon Ludwig Hammer in the last round. Perhaps the strain of winning in front of your own people is too much to face even for Carlsen. Magnus is still young and judging by the way he is dominating the world of chess he would surely have thought about how to overcome the home-turf conundrum. We shall see, if he has got things under control at the Norway Chess 2019 that begins from the 4th of June 2019. 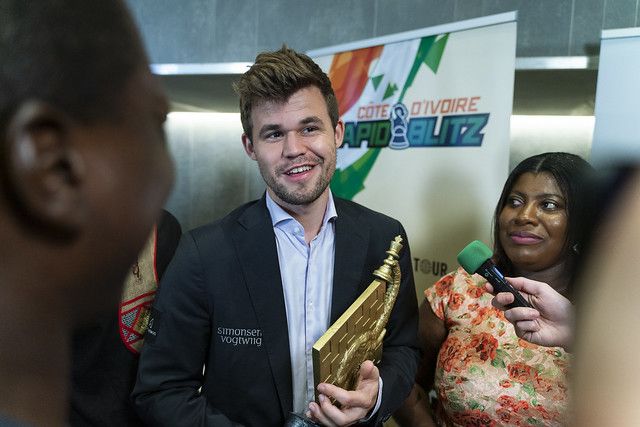 This year, Norway Chess has introduced some new rules - in case the classical game is drawn, the players will be put into a sudden death match, where White will have 3 minutes more, but Black only needs to draw to win. This is a format known as the Armageddon.  The players who will take part in the event are World Champion Magnus Carlsen, his recent challenger Fabiano Caruana, five time World Champion Vishy Anand, Azeri top GM Shakhriyar Mamedyarov, world no.3 Ding Liren, Frech GM Maxime Vachier-Lagrave, Alexander Grischuk from Russia, Armenian genius Levon Aronian, America’s Wesley So and Yu Yangyi from China.

Firstpost and ChessBase India have collaborated to bring you extensive and detailed coverage of the chess scene in India and internationally. This article was first published on the Firstpost website on 3rd June 2019. You can read the entire interview here.
Related news: