5/5! That's how many encounters that were decided by Armageddon games! Clearly, all the players were in a mood for fighting chess but had to place their faith in Caissa's blessing, as the five classical games ended in fascinating draws. Carlsen had the best chance of the round against Anand, but the Indian champion defended resourcefully and forced a drawn rook ending. Elsewhere, Mamedyarov missed one of the finest nuances in his game against Caruana, while Aronian was somewhat worse against Grischuk but drew. Ding Liren and So drew while still in their preparation. The armageddons were full of excitement and action, yet surprisingly one-sided at times. An in-depth report by Tanmay Srinath.

Finally the tournament begins! What an advertisement for the new format! All the 5 encounters had to be decided by armageddons and White players gave an absolute thrashing to their opponents in 4 out of the 5 games. Before we get into the games, here are the rules of the tournament:

1. 10 players are to take part in the Tournament.

2. The Tournament is a round-robin event.

3. The Tournament consists of 9 rounds.

4. Time control: Each player will have 120 minutes on the clock with an increment of 10 seconds after move 40. Participant is obliged to record the moves on the score-sheet, starting from the first move. A player can stop recording the moves in the second period when he has less than 5 minutes. Time control for the Armageddon game: white has 10 minutes and black has 7 minutes with an increment of 3 seconds per move, starting from move 61.

5. Players are not allowed to agree on a draw until after move 30.

6. Points: Players will get following points per round:

If there’s a draw in the classical game then the players will move on to Armageddon after all classical games are over. White pieces will continue with white in Armageddon. With this, there will be a winner in each game due to the fact that the player with the black pieces in the Armageddon game will win if the game ends in a draw.

With the new rules the organizers have ensured that each round is finished with greater entertainment and decisive results for all the 5 games. While the format is debatable, the intent is most certainly not, and what we got to see today were 5 hugely interesting fights between the best players in the world. Its time to dig deeper:

Classical Section: All games drawn, Carlsen and Shak miss out

The draw "death" continues in classical chess. The current problem is that engines and good memory tend to more often than not neutralize White's first move advantage, and the need to keep one's rating high in order to gain invitations to such prestigious events mean the players don't take much risks. Here the incentive to win in the classical section is definitely there, as one gets a half point lead over the rest if he doesn't play the armageddon. It remains to be seen how the players take calculated risks in the remaining few rounds.

Carlsen-Anand was definitely the highlight of the round. Before delving into the intricacies, here are a few critical moments: 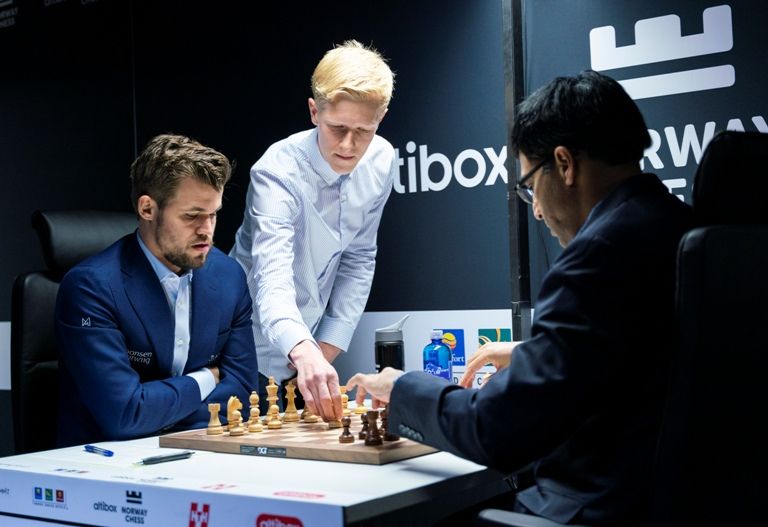 King Magnus came ready for a fight, and that's what he got! | Photo: Norway Chess 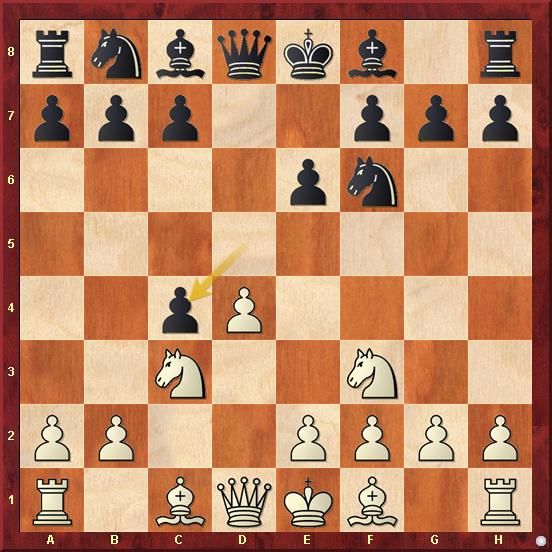 Anand eschews his favourite QGD in favour of the Vienna variation. 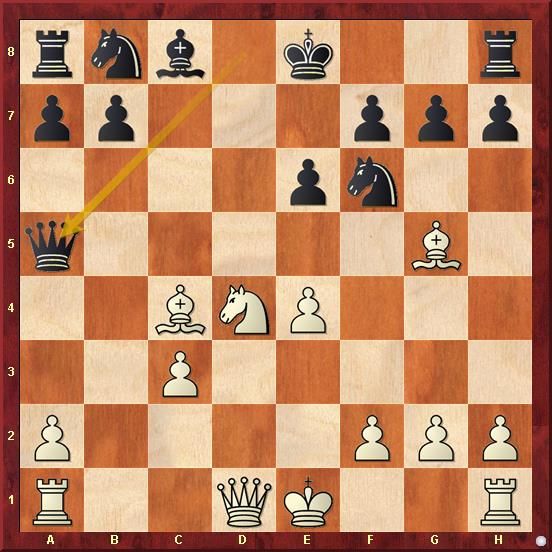 The players have followed Carlsen-Aronian from Shamkir 2019. Here Magnus deviates with 10.Nb5 instead of 10.Bd2!? as he had played against Aronian. 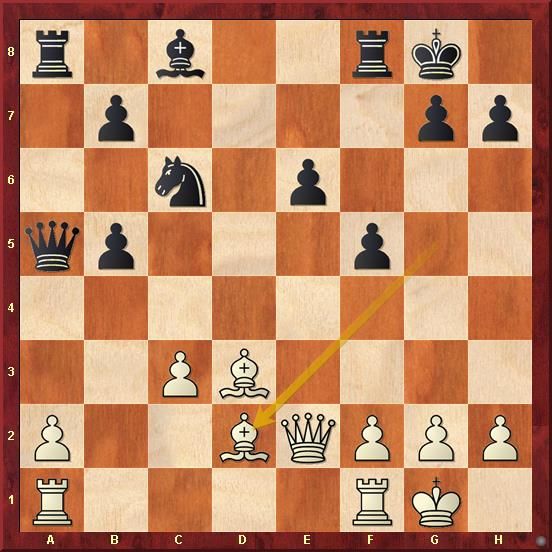 Magnus has won the bishop pair, so it is important for Anand to act immediately and activate his pieces. Vishy played 16...Qc7!? and suffered for another 42 moves. Instead, I have recommended a resource for Black in this position. Take this as a test! Black to play and equalise clinically! 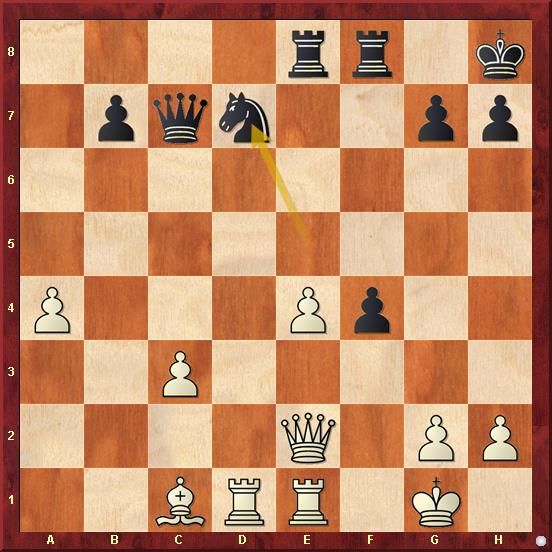 We reach this position after 24 moves. Magnus played 25.Rf1!? and only managed to get a rook endgame with an extra pawn. Can you do better? White to play and get an enduring advantage. 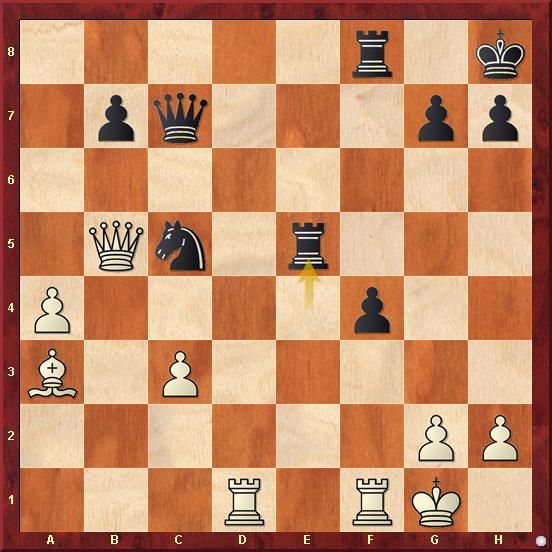 Anand is very alert, and manages to find the simplifying resource with Re5! Now Carlsen found nothing better than Bxc5, after which we reach the following diagram by force. 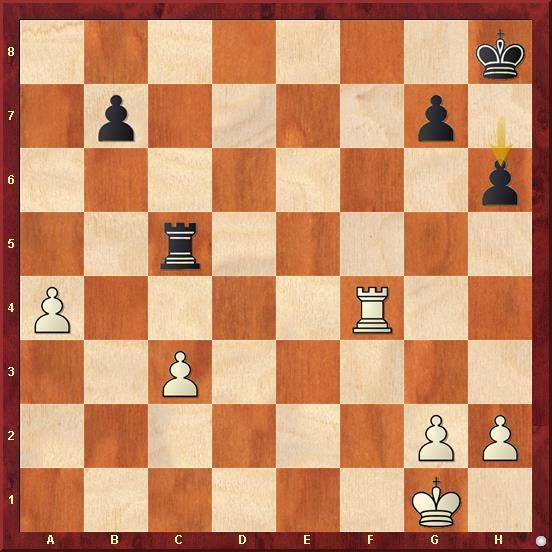 White has an extra pawn, but the high drawing tendencies of rook endings mean that this endgame is drawn with reasonably accurate play, which Anand managed.

Before moving on to the Armageddons, we'll take a look at two other critical positions arising in other games. 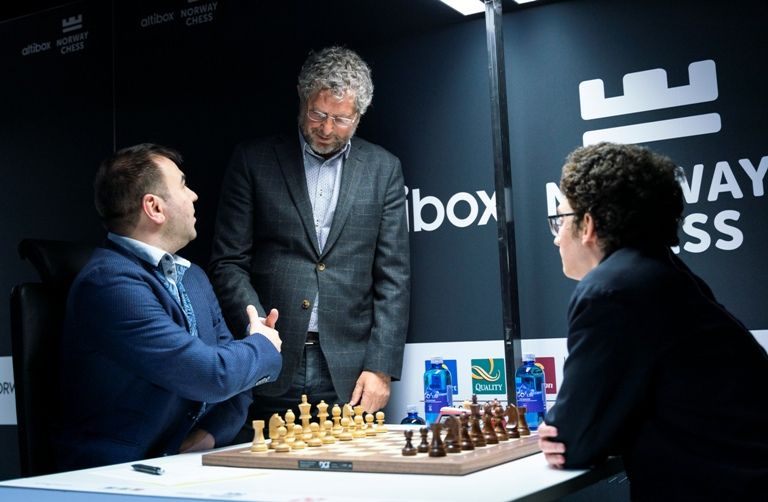 The two players exchanging pleasantries with one of the dignitaries for the round. | Photo: Norway Chess

Mamedyarov-Caruana was a reversed Najdorf where Shak managed to get the bishop pair in return for an isolated a2 pawn. The game was proceeding logically, with Fabiano attacking the center and the kingside aggressively, aiming to fix White's pawn structure. The interesting point arose on move 23: 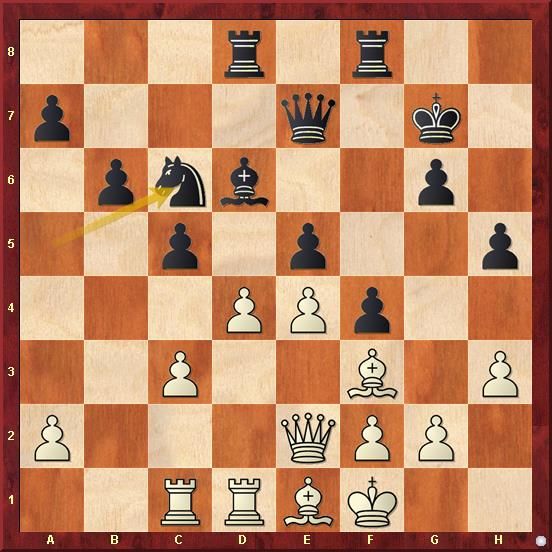 The comps here scream for 23.d5!?, with the idea of totally blocking Black out after 23...Nb8 24.c4. As a human though, this plan seems illogical. White has the bishop pair, and they need room to fire. Black's knight will be no inferior if it manages to sit on a good square in such a blocked position. Still, +1.1 was too much of an estimation to dismiss. So, after looking a little deeper, I found a reasonably forced line that lead to the following position: 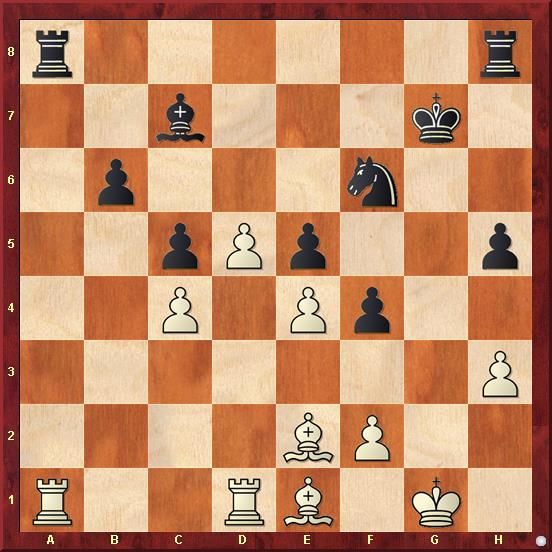 I believed that White's best chances were present in a queenless middlegame, and the engines seem to agree. What can we take stock of here? White has a protected passed pawn, and Black has two weaknesses on b6 and h5. However, that is not all. Notice how White can't advance his passed pawn immediately? He needs time to find the right squares for his pieces. Suppose I start with 35.Bf3 here. The dark squared bishop goes to c3, which seems logical considering the fact that it protects the rook on a1 and simultaneously attacks the pawn on e5. What next? the king and the second rook, of course. For now the Rd1 looks logically placed behind the passed pawn.Where does the king go? It is not clear yet, so it can hide on f1. All this sounds good. But, practical play isn't so one sided. For starters, Black doesn't need to do anything special to defend. He needs to make sure that his bishop sits on c7 and his knight on f6, which simultaneously guard his three weaknesses. The king can come to d6. The h8 rook can for now go to g8, and in the future can use the g-file. My conclusion is this - if black manages to sit with the rook on a8, then White has no way to make progress, despite the engine's vehement protests. But, in limited, would Fabi have found all this? I doubt it. Like today's top engines, he may have mistakenly given up the a-file, then suffered in passivity. Whether he can save that position is a question only he can answer, but I feel this was a great practical chance that Shak mostly underestimated.

In other games, Levon Aronian's enterprising English Opening was neatly neutralised by Grischuk, Ding Liren and So followed preparation into a drawn endgame and MVL-Yu Yangyi exchanged too many pawns for either side to play on in a 5.Nc3 Petroff.

The Armageddon games were surprisingly one sided, with White winning 4 games out of the 5 played. The time control of 10 minutes for White and 7 for Black has come under heavy criticism from GMs around the world, but the truth is that the difference shouldn't matter if Black manages to solve all problems quickly. The final results serve to reflect the ingenuity of the White player, who managed to cause enough issues to instigate a blunder from the opponent.

Carlsen-Anand was surprisingly one sided. The Madras Tiger has clearly slowed down due to the rising years, and against such a quality player like Carlsen, one mistake was enough to lose control: 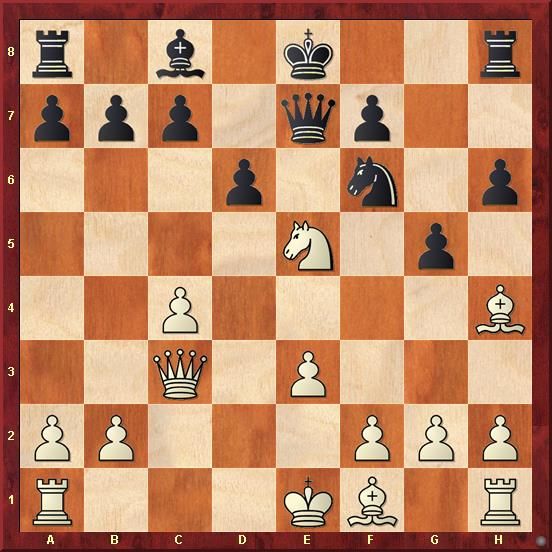 Vishy had to interpolate Ne4! in order to harass the White queen and retain a tighter structure. The best White can achieve is a pawn up endgame after Ng6 Nxc3 Nxe7 Kxe7 Bxg5+ hxg5 bxc3, which is trivially drawn due to black's superior structure and development. Instead, dxe5? allowed White to consolidate a huge advantage, and win a fine strategic game.

Aronian-Grischuk was an opening disaster for White, and had Sasha found the right response on move 17 the game would have been effectively finished:

Grischuk was unlucky in his armageddon game. | Photo:Norway Chess 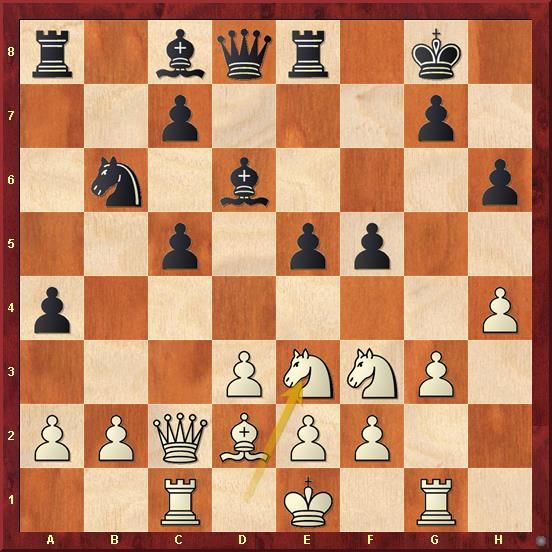 17...e4! is a lovely move to break up White's king shelter. Black can then on decide where to develop his last two pieces. Instead, 17...Be6? was too mechanical, and Sasha even lost the game on time later on, though the final position was drawn. 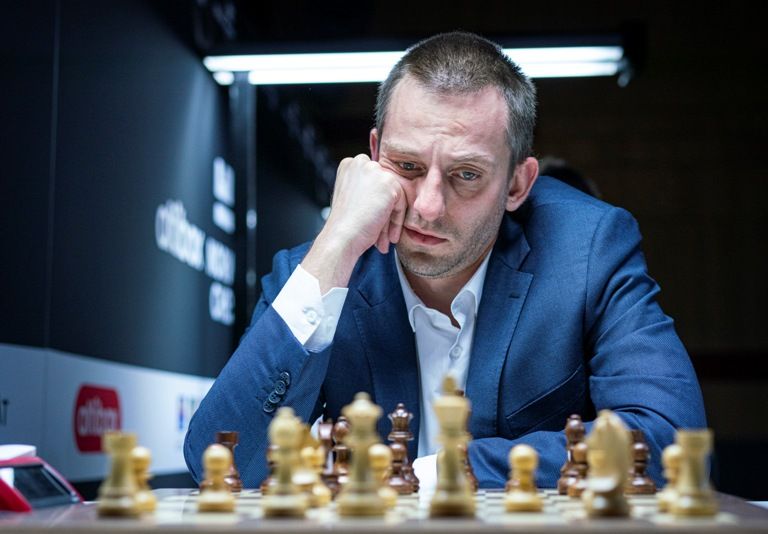 Sasha Grischuk still has 8 rounds to make amends for this miss. | Photo:Norway Chess 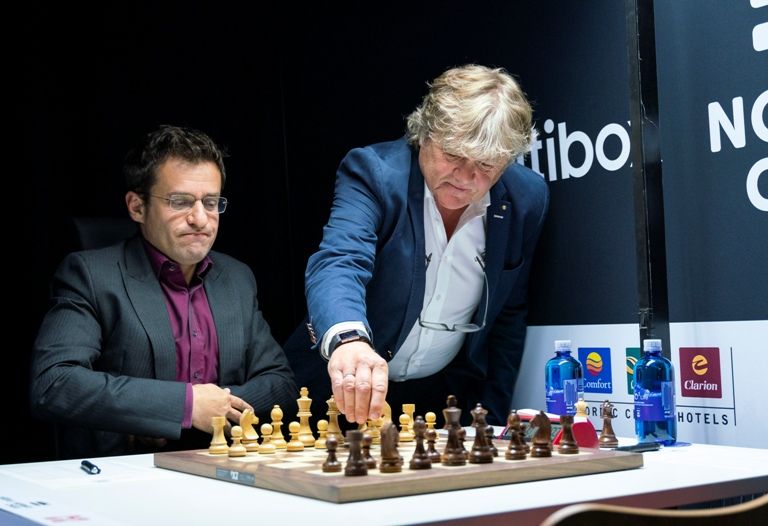 Levon has made the perfect start. Will this be his tournament? | Photo:Norway Chess

Mamedyarov played a fantastic Trompowsky vs Caruana, but errors in time trouble meant the position turned from completely winning to completely drawn. Fabi however couldn't play the correct move: 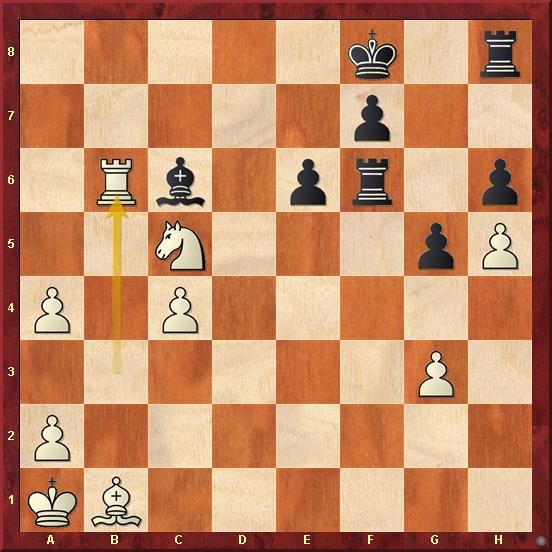 Bg2!! holds the draw, as after Nd7+ Ke7 Nxf6 Kxf6 White's pawns are too weak to cause too many problems. Instead, the time trouble Bxa4?? lost the game for Fabi on move 71, after the increment came into play on move 61. 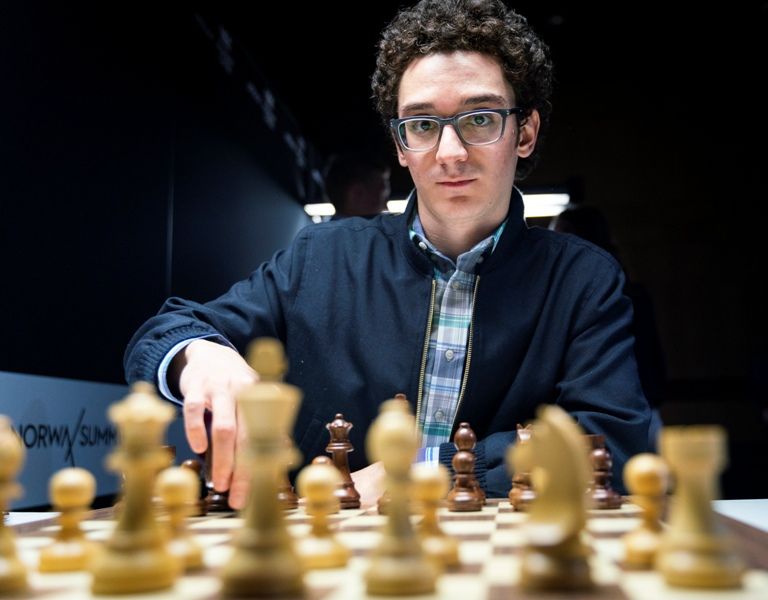 Caruana has a lot to analyse after the first two games.| Photo:Norway Chess 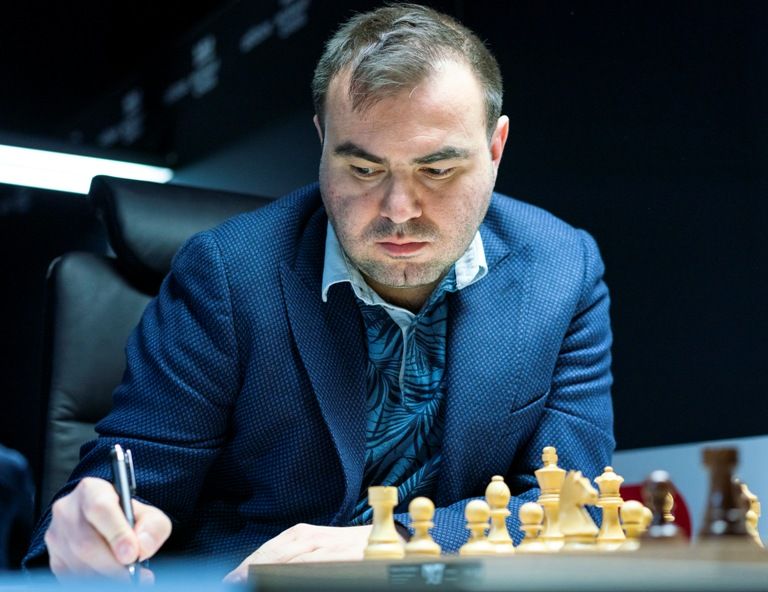 A much needed win for Shak. Can he build on this? | Photo:Norway Chess

The best game of the armageddon set was definitely Ding Liren-So. The Chinese played a superb pawn sacrifice in the Semi Tarrasch and finished off the game to perfection: 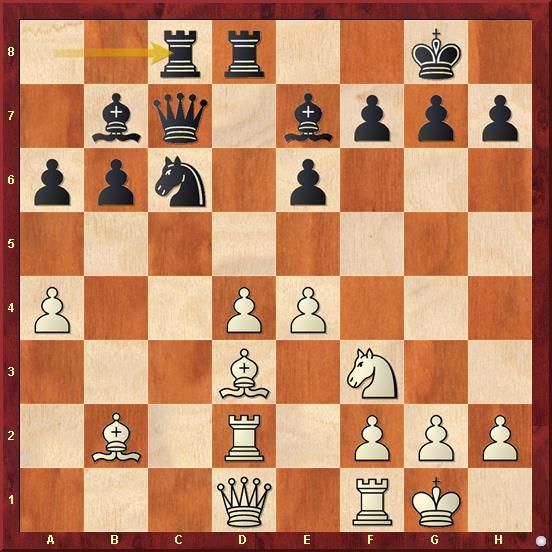 Ding played d5!, sacrificing a pawn to block the bishop on b7, reminiscent of Kasparov's famous sacrifices in the Queen's Indian. So played Nb4, but was soon under enormous pressure after Bb1! exd5 e5!!. The American soon faltered, and had to resign on move 35. 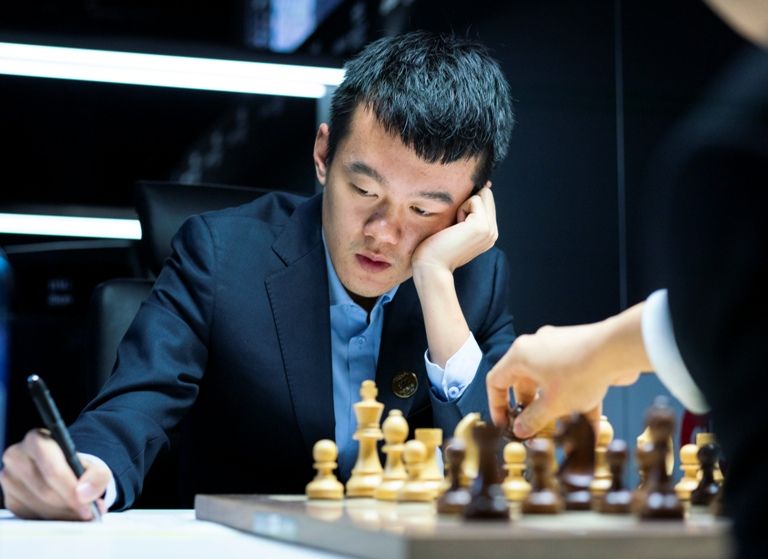 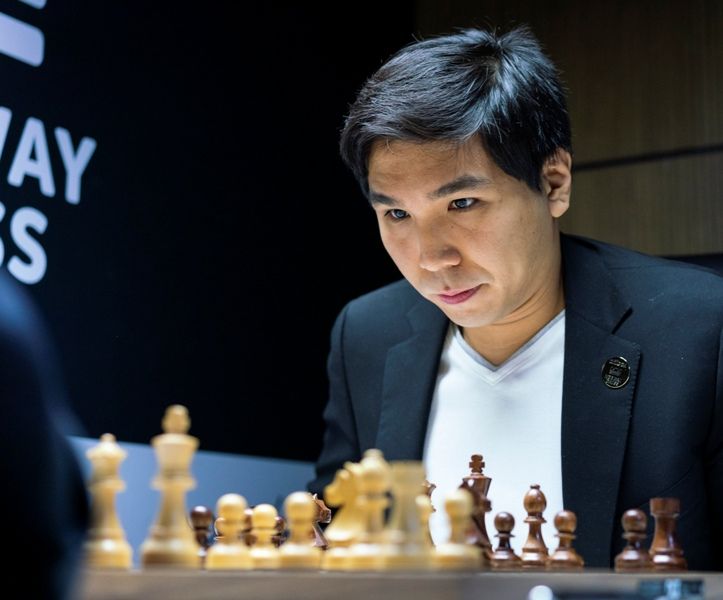 Its been a while since Wesley So has won a super tournament. Can he do it in Norway? | Photo: Norway Chess

Yu Yangyi was the only person who won his game with Black, against MVL. In an English opening, White didn't get much out of the opening, and his necessity to win should have cost him dearly much earlier than it actually did: 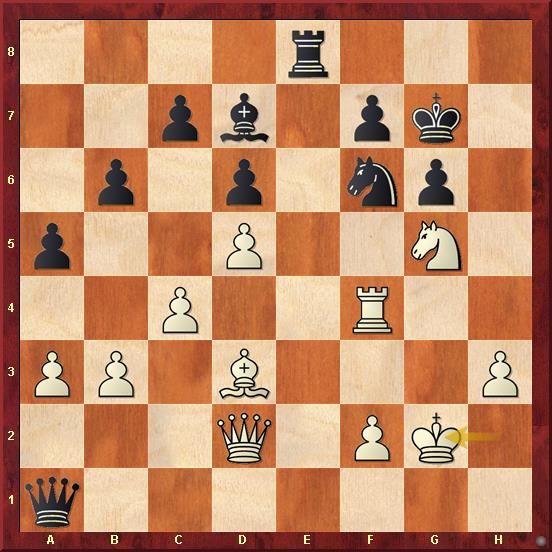 Vachier Lagrave had gone all in with an attack on the Black king. Here Yu had the chance to end the game with the vicious Re1!! turning the tables on the White king. The threats are then too much to parry. Instead, Qe1?! got the win much later, and allowed MVL to struggle on. 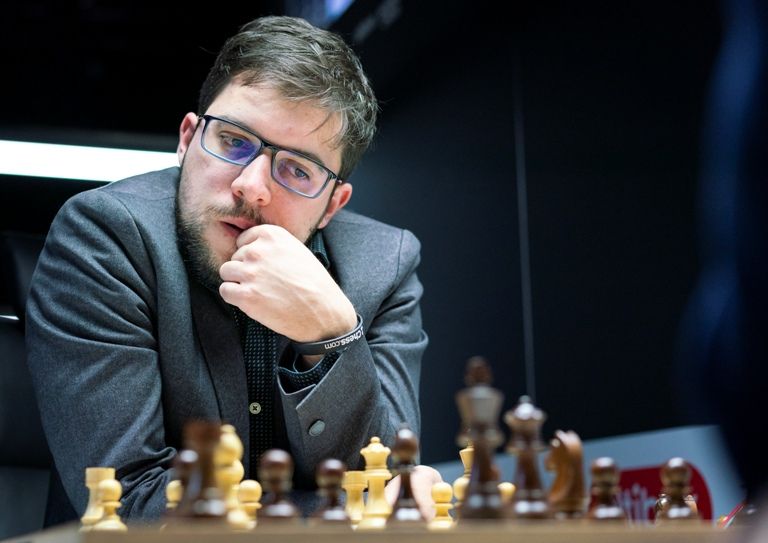 Thus after the first round, we have 5 leaders- Levon, Magnus, Ding Liren, Yu Yangyi and Shak Mamedyarov. The standings currently look like this:

With 8 rounds still to play, the tournament is wide open. Join us tomorrow for Round 2!

Tanmay Srinath is an 18-year-old chess player from Bangalore, Karnataka, currently pursuing both chess and engineering at BMSCE Bangalore. Tanmay is also a Taekwondo Black Belt, who has represented the country in an International Tournament in Thailand. He is a big fan of Mikhail Tal and Vishy Anand, and sincerely believes in doing his bit to Power Chess in India.