Fatigue supersedes brilliance as Carlsen continues to march ahead

On a day where blunders were commonplace, Magnus Carlsen and Yu Yangyi consolidated their positions in the tournament standings with contrasting wins over Ding Liren and Vishy Anand in the armageddons after all the five classical games finished without a winner. Anand was the only one who got some chances in classical chess, but he failed to take them. In the Armageddons, the tiredness showed - Grischuk left a piece en prise, So blundered mate in one, Ding Liren gave up a free rook and Anand lost an exchange to keep his king alive! With Black continuing to dominate the tiebreakers, Caruana and MVL seized their chances to climb up the leaderboard. A comprehensive report from Norway Chess by Tanmay Srinath.

The classical games disappointed yet again, as all of them were drawn without much of a fight. Vishy Anand had the best chance to make something out of a promising position, but he failed to capitalise and had to go to the tiebreakers. The Armageddons were again full of action, with Black winning three encounters and White two. Magnus Carlsen and Yu Yangyi maintained their standings as 1st and 2nd going into the second rest day. It's now time to analyse what exactly happened:

Vishy Anand had seemingly prepared well for Yu Yangyi's Petroff defense, and the Madras Tiger soon got a stable advantage. When it came to decision making time however, Anand chose peace over war: 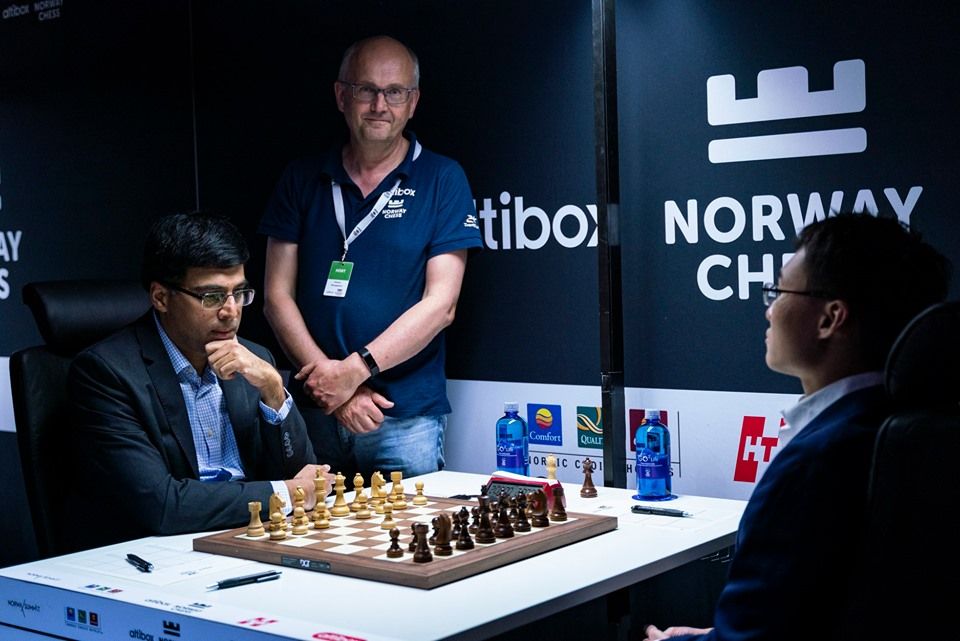 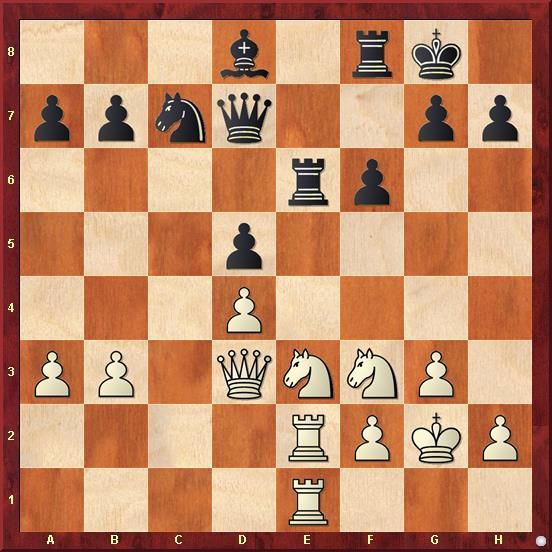 Vishy failed to find the best way to make progress . He played Rc2!? and the players soon liquidated to a draw. Can you do better than Anand? White to play and get an advantage.

Alexander Grischuk played the mainline Sveshnikov against Caruana, and won a pawn, but the American World No.2 (and maybe Sasha as well) had seen further: 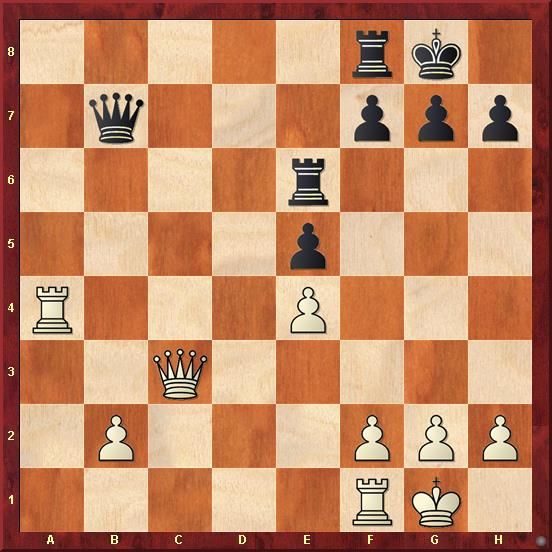 With Rb6! Caruana forcefully wins the b-pawn after Qxe5 Rxb2. The resulting 4 vs 3 endgame is a theoretical draw, as Fabiano proved.

One of the other notable event was MVL's deep opening preparation in the Fianchetto Grunfeld against Mamedyarov: 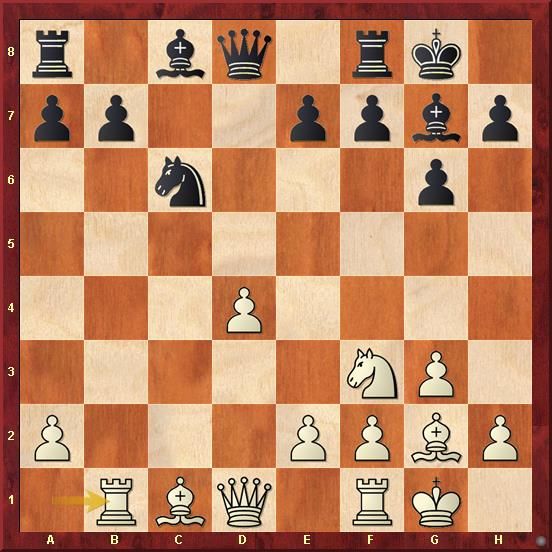 Having achieved nothing out of the opening, Shak played Rb1!? and MVL obliged after Nxd4 Nxd4 Qxd4 Qxd4 Bxd4 Bxb7. The result was formalised in a few more moves.

Carlsen-Ding Liren was an interesting reversed Alapin, with the World Champion sacrificing a pawn for barely sufficient compensation. Ding couldn't find a way to break through though, because the positional nature of the pawn sacrifice meant that Black's pieces were in disarray. There were no improvements found for both sides, except in the opening phase where Carlsen uncharacteristically agreed to an exchange of queens despite having better options: 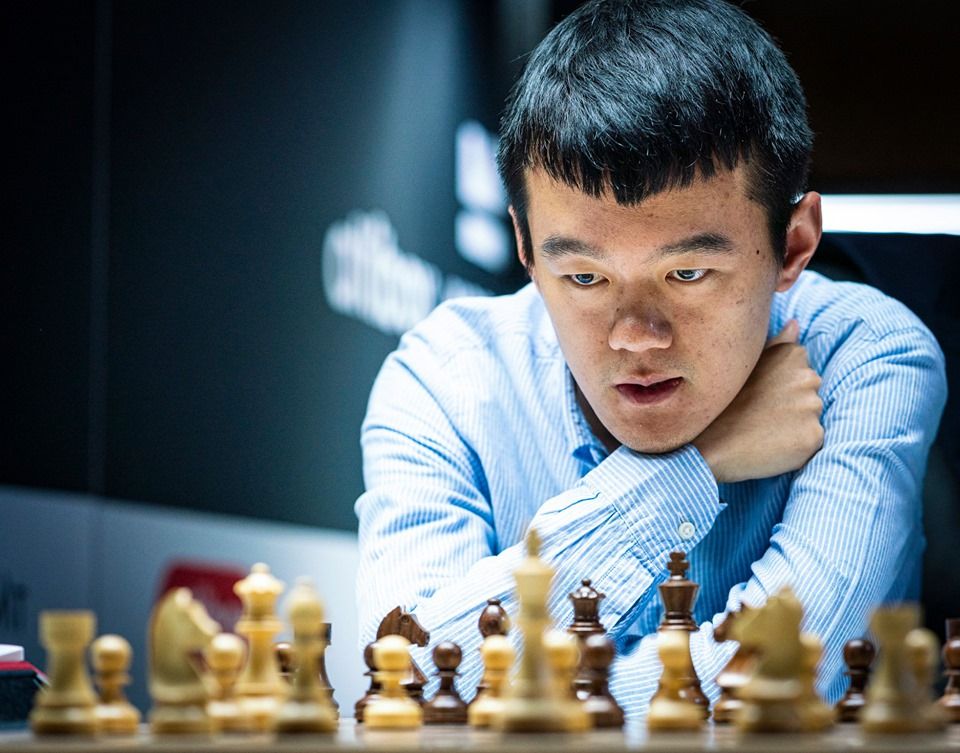 Ding Liren's proficiency in the Reversed Sicilian was on show today. | Photo:Norway Chess 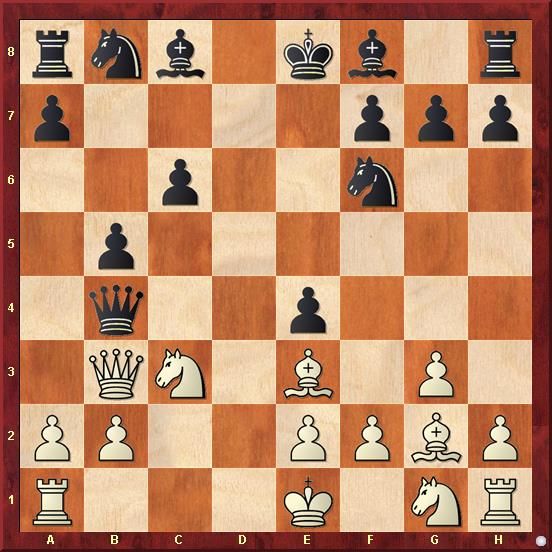 Find the best way for White to retain his initiative.

Aronian-So was a 31 move draw in a reversed Dragon where both sides weren't interested in fighting it out.

Yu Yangyi definitely deserves praise for the way he has played in this tournament - consistent and accurate chess. Today, against Vishy Anand, he was in a world of trouble, but somehow managed to complete an astounding comeback after the Indian legend missed numerous chances to increase his advantage: 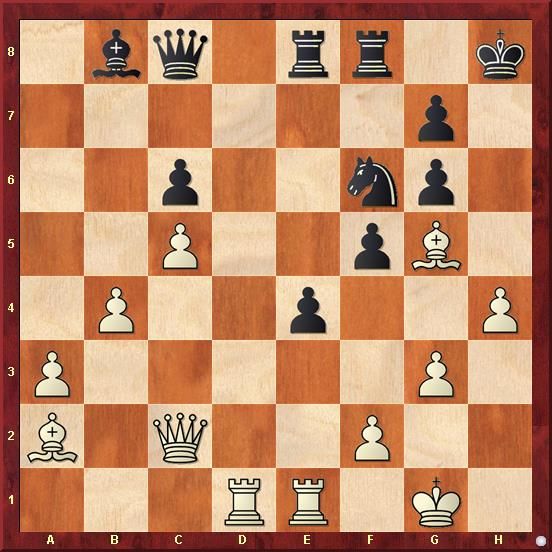 Having missed a move once before, chances are that the player will miss it again. Bxf6! was the only way for Vishy to retain a tangible advantage. If he had played it a move earlier, he would have had a near decisive plus. Instead, he went Qd2? and missed the same resource again on the next move, which would have still ensured a draw. He blundered soon enough and lost a tough game. 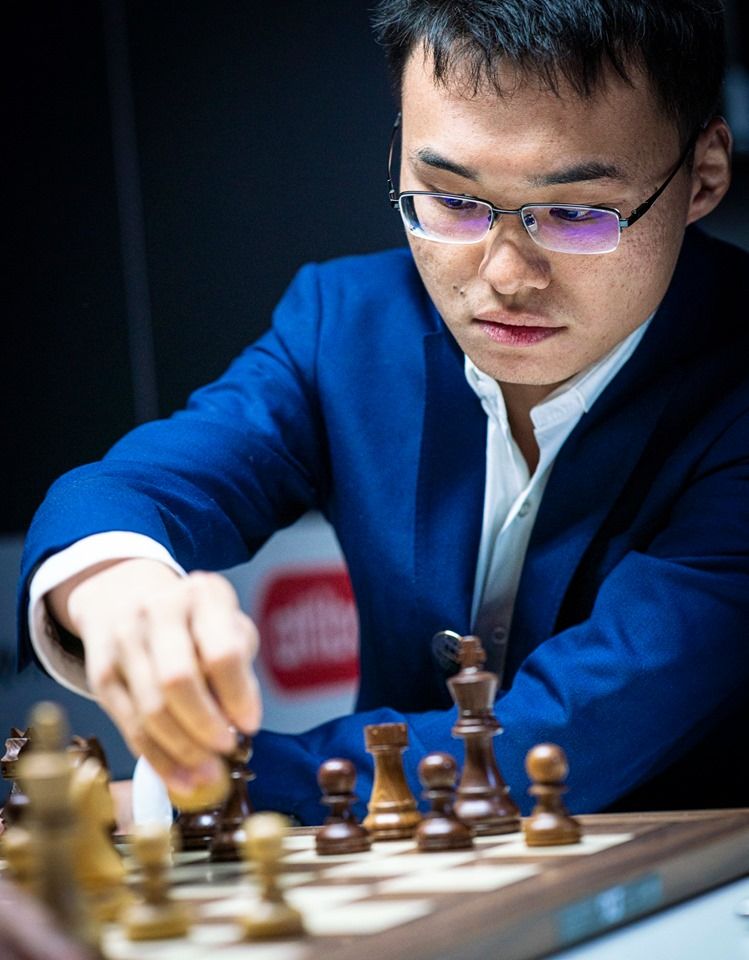 Carlsen-Ding Liren was a fascinating Ruy Lopez where the Chines player essayed both b5 and g5, signalling his aggressive intentions. He won the bishop pair, but had to suffer in passivity for a long time. Carlsen sacrificed a pawn with the hopes of breaking through, but soon had his good luck smiling on him after he over-pressed: 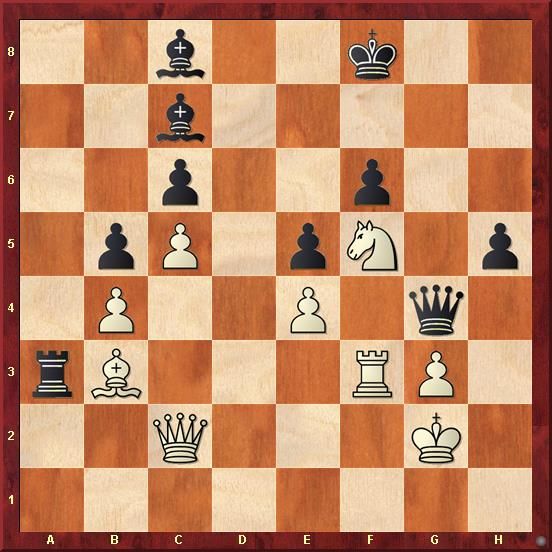 A careful study of the position shows that White has messed up big time. He would have lost a piece by force had Ding Liren found Be6! Instead, Bxf5? allowed Carlsen to escape into an equal ending, and the Chinese No.1 time trouble soon gifted Carlsen the win. 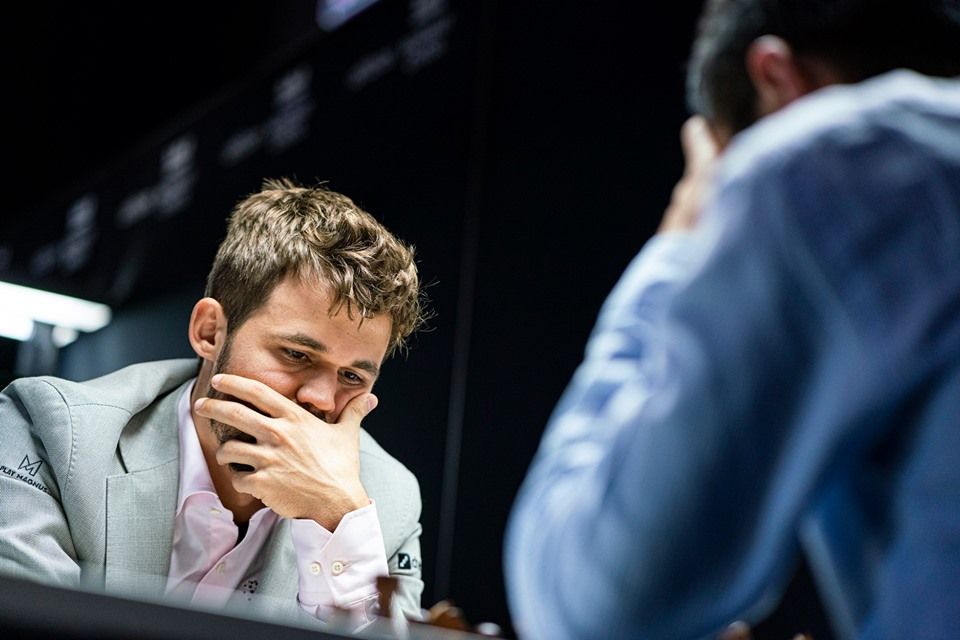 Carlsen's ambitiousness has returned to its absolute peak! | Photo:Norway Chess

Aronian-So was a horror show for the latter! Levon incisively outplayed the American GM, but when the chance came to end the game then and there he didn't properly evaluate it: 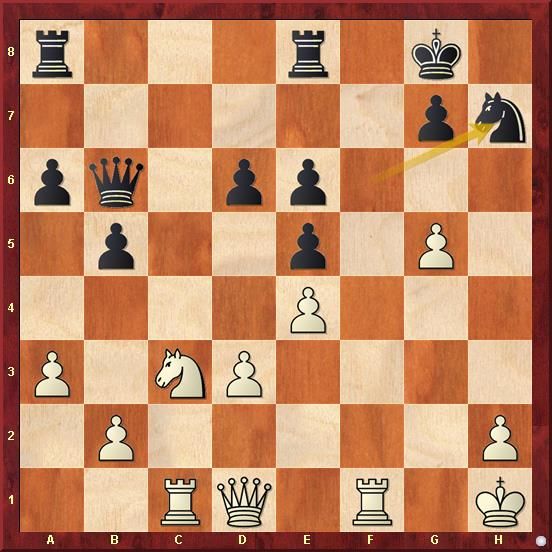 g6! would have finished Wesley off. After Nf6, the prophylactic Qe1! threatens Qh4 and prevents Qe3, thus winning the game on the spot. Instead, the players struggled on after Qg4?

After this miss, Levon was still better, but it took a brain fade from So to finally seal the win for White: Despite being two pawns down, White is nevertheless better due to his vastly superior pieces. Wesley tried to improve his knight with Nf5?? a monumental blunder that overlooked a mate in 1 after Rh7#!

Shakriyar Mamedyarov lost his armageddon against MVL, but had the latter found the most precise continuation the game would have been over much sooner: 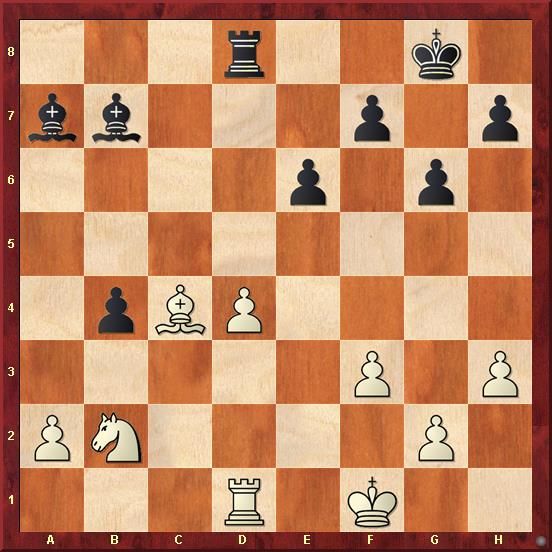 Instead of Rxd4?!, Bxd4! was far better. But considering that Black only needs a draw, MVL's decision is understandable. 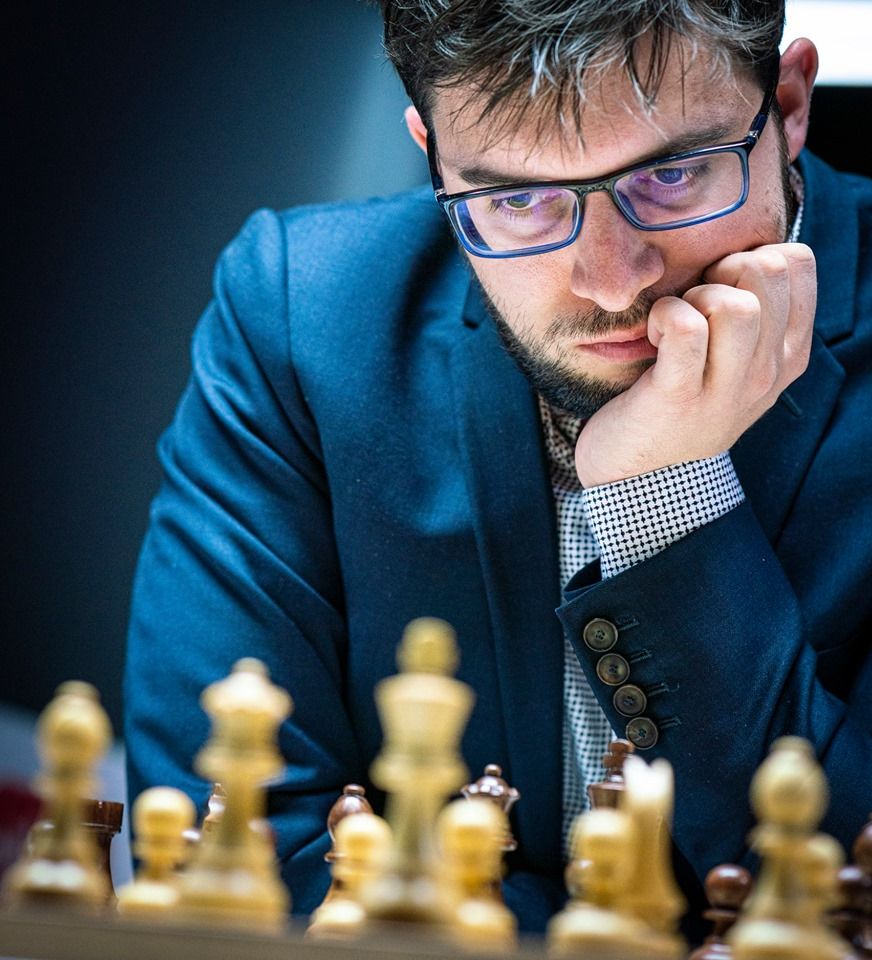 MVL seems to have found his form at the right time. | Photo:Norway Chess

Fabiano Caruana was the beneficiary of a shocking piece blunder by Alexander Grischuk: 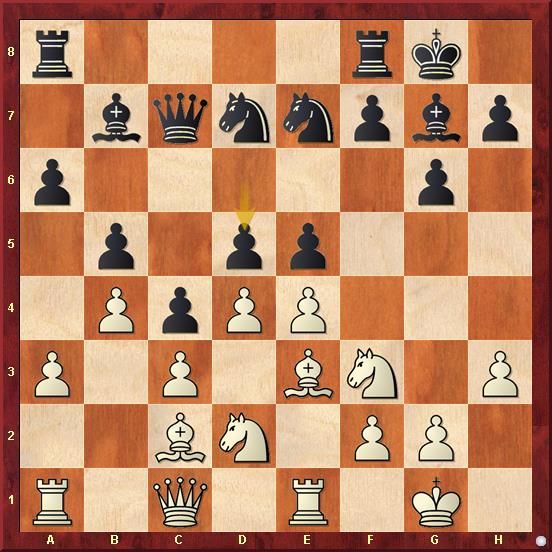 In this position Sasha played the inexplicable Bh6?? leaving a whole piece en prise and resigning immediately after Bxh6. One has to feel for the Russian Grandmaster, who is visibly exhausted after a tough Grand Prix tournament. 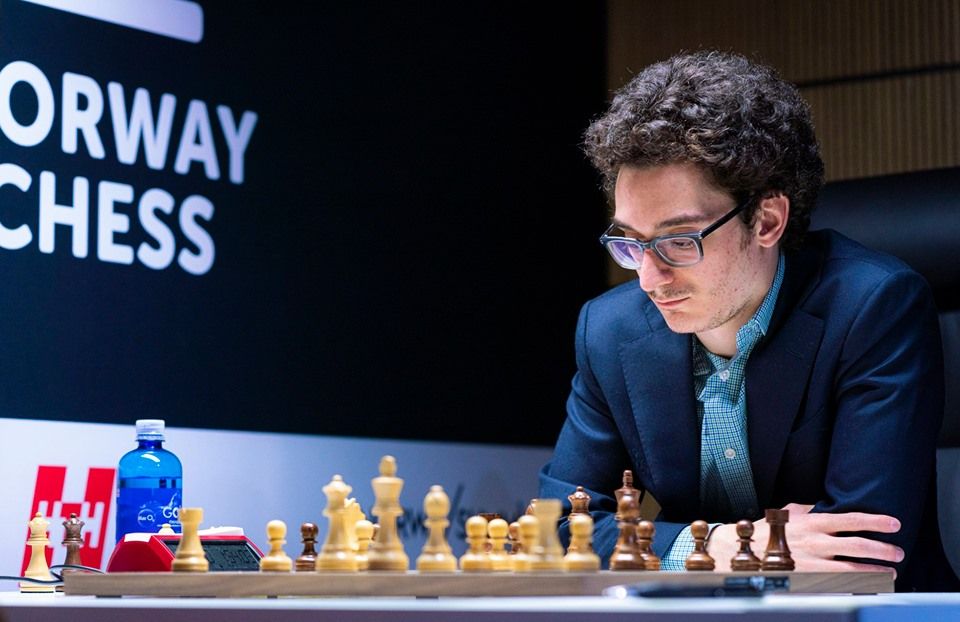 With Magnus Carlsen currently in red hot form, the Norwegian is currently the favourite to win his 2nd Norway Chess title. However, with Yu Yangyi breathing down his neck, Carlsen has to ensure that he doesn't lose in the upcoming rounds. Also the fact that you get 2 points for the Classical win means that Magnus Carlsen's 1.5 point lead is not the same as it would be in other events with just 1 point for each win! The tournament is heading for an exciting climax!