How Magnus Carlsen’s exploits changed chess from a minor sport in Norway to prime time television!

Chess in Norway was a minor sport in the early 2000s. Then came a youngster who caught the attention of first the chess audience and later the non chess audience as well. He went on to become the World Champion in 2013 and has since then ruled the chess world with an iron fist. Welcome to the world of Magnus Carlsen. How did such a talent develop in the land of Norway which had no real chess culture? In this article Tanmay Srinath tries to look into the chess in Scandinavia before Carlsen, how it shaped his chess and how Magnus changed chess from being a minor sport to a prime time television!

This article was originally published on Firstpost

The 7th Altibox Norway Chess has ended and Magnus Carlsen continues his dominance in the world of chess. He appeared for six tournaments this year and has won all six of them. Carlsen’s play reminds us of what Karpov did in the 1970s and 80s and what Kasparov did from 1985 to 2000. Complete domination. While the Soviet Union was well known for its chess players, how did a young boy from Norway suddenly become the strongest player in the world? The time has come to understand how Magnus Carlsen’s exploits led to the birth of a chess crazy Norway. 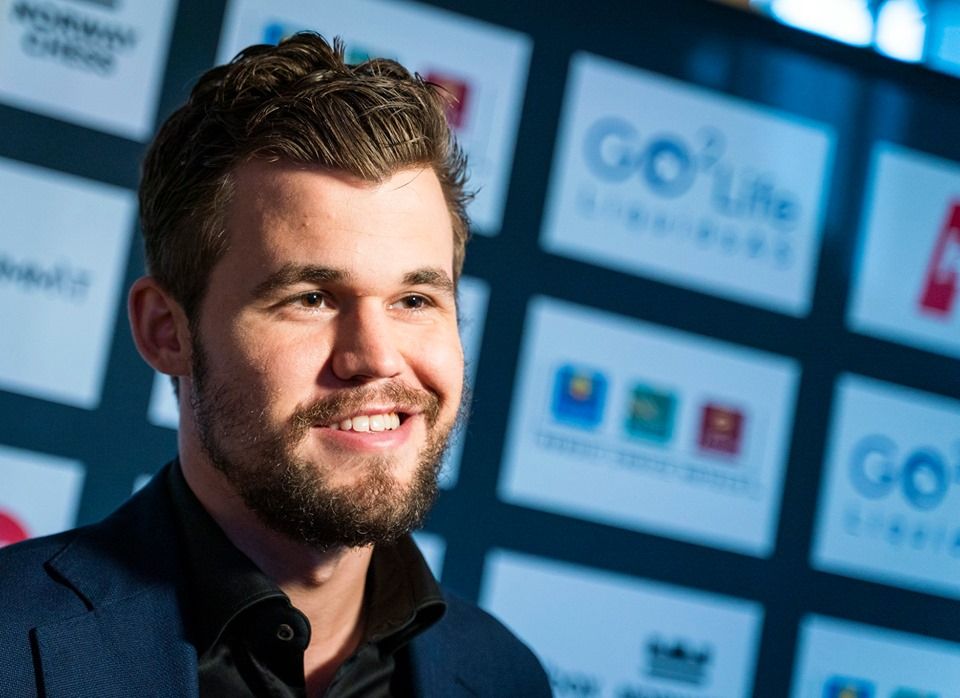 The Greatest of all Time? Magnus Carlsen is now World Champion for over five and a half years | Photo: Norway Chess

It was Bent Larsen, the Danish Grandmaster, who made the Scandinavian countries take chess seriously. He was the first non-Soviet chess player to pose a serious challenge to the World Champions and was the strongest westerner before Fischer appeared. After him, it was the turn of the Swede Ulf Andersson, who held his own against Karpov and Kasparov for the major part of the 80s and 90s. His play inspired a whole lot of Swedish players to take up the game, and today those players are venerated grandmasters — Tiger Hillarp Persson, Hans Tikkanen, Evegny Agrest, and Nils Grandelius. In Norway, it was Simen Agdestein, who caught the attention of the Norwegians with his strong performances. He finished second in the World Junior Chess Championships 1986, ahead of many future world class GMs like Anand and Bareev, and also won a host of international tournaments. He was also a professional footballer who represented his country at the highest level. 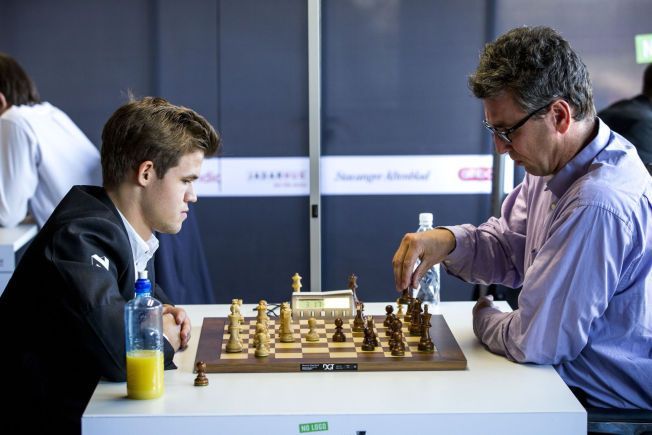 It is well known that the Carlsen family had a rather unique approach to life. So when they found out that Magnus could memorise the flags of all countries in the world when he was barely 5, his father Henrik, a strong amateur, taught him the rules of the royal game. It wasn’t until 7 that Magnus took interest in chess. He learned quickly, and by 10, he was one of the top Norwegian juniors.

It is here that Henrik Carlsen took young Magnus to Simen Agdestein, and he coached Magnus to the Grandmaster title. Credit should be given to the Carlsen family, who stopped his schooling rather early and travelled across Europe in a van 2003-04. As Norwegian Chess Journalist Tarjei Svensen mentions, “It would have been difficult for Carlsen to become one of the top players in the world had he strictly followed the ‘Norwegian Way’ where it is considered controversial for a youngster to compete in top competitions till he reaches the age of 12-13.” 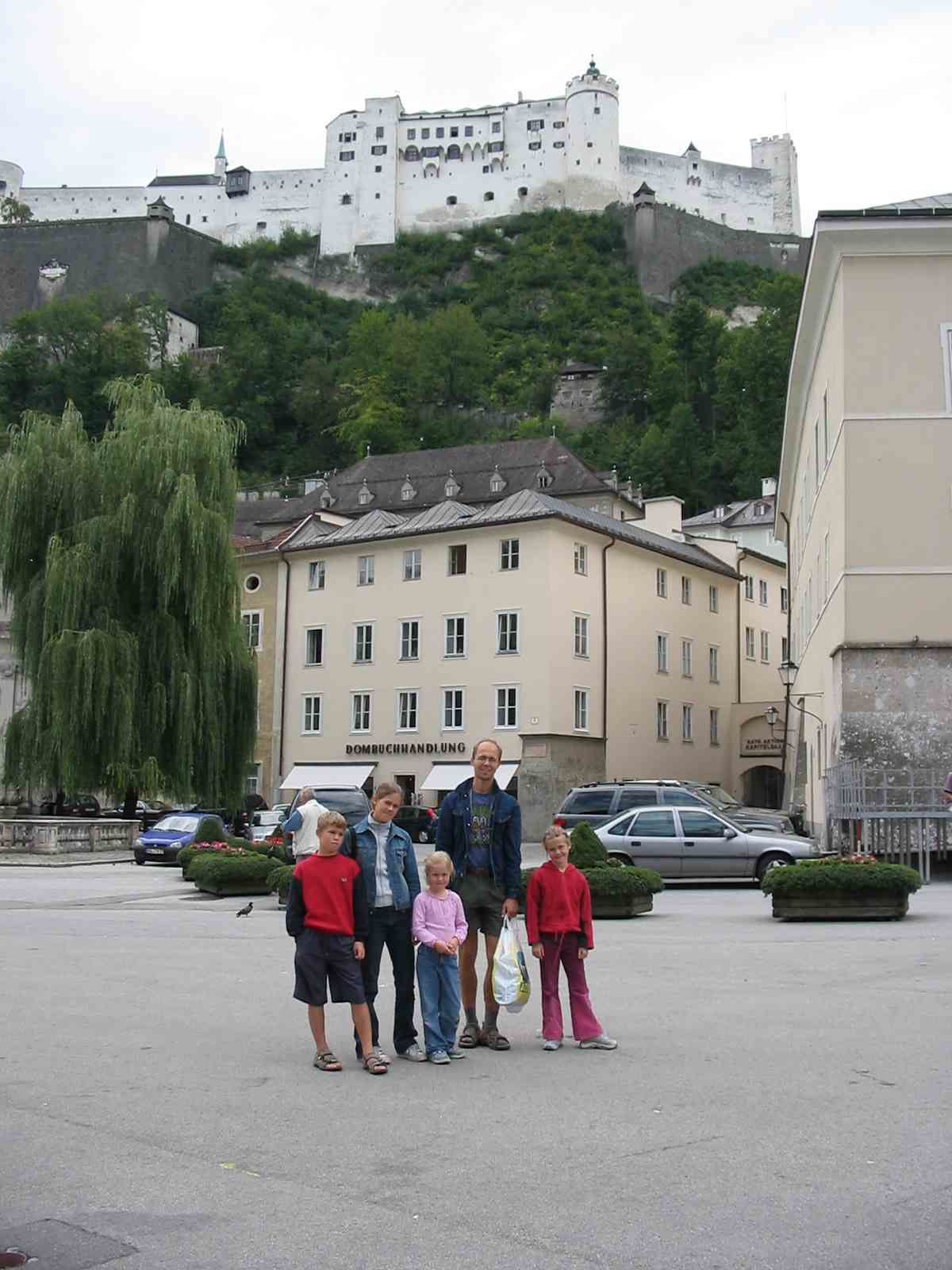 The Carlsen family on the road trip. This picture was taken in Salzburg in 2003 | Photo: Henrik Carlsen

Magnus becoming a GM at 13 was certainly a big thing for Norway. They had now found a young genius who would take Norwegian chess to an altogether different level. It is here that the country slowly started turning its attention to chess. Carlsen was extensively covered by the press, Microsoft sponsored him for two years, and Kasparov had him over for a training session. Later, when he became a world class player, it was Peter Heine Nielsen, Anand’s former second, who became Carlsen’s trainer and helped him win multiple world titles and stay on top of the chess world. Till date, he remains Carlsen’s trainer. 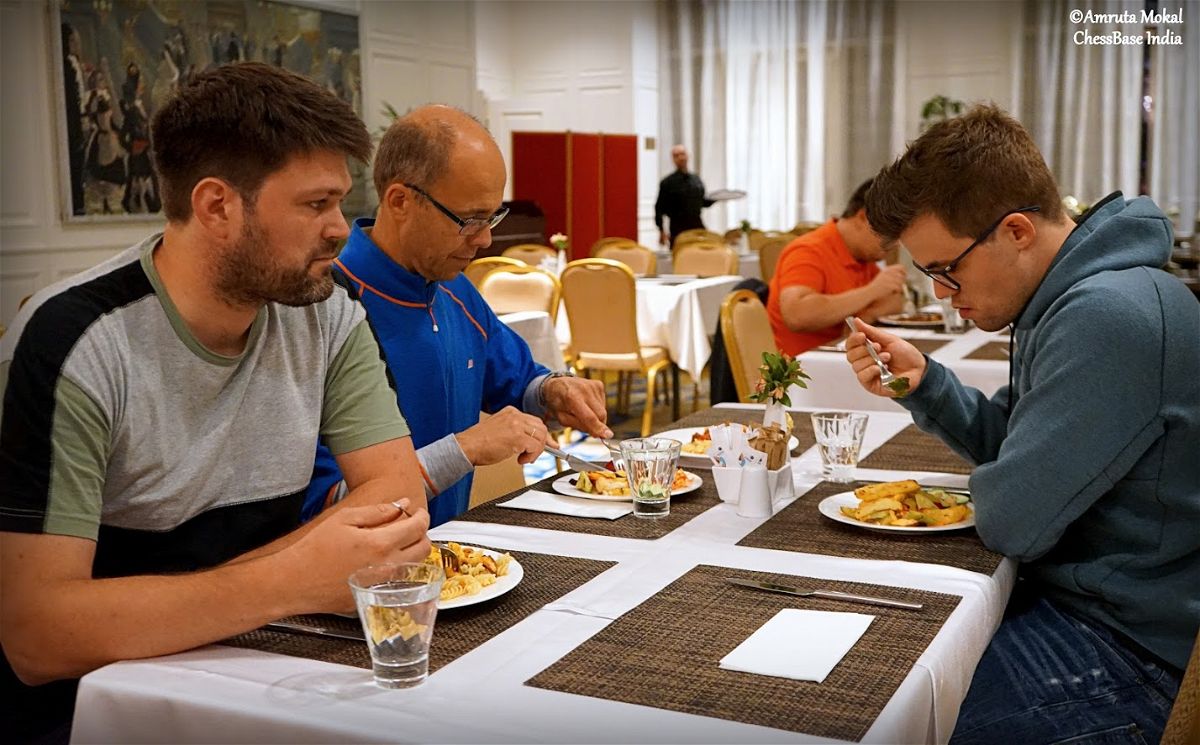 Jon Ludwig Hammer is the only other Norwegian player apart from Magnus to have reached an Elo of 2700. He was an integral part of Carlsen’s team that helped him win the world title in 2013. He comes from the same age group as Magnus and the two had some memorable battles in their younger days. Says Hammer, "I don't think it's an accident that you produce two 2700+ at the same time. One helps the other. Having a good community of strong up-and-coming players means that you push each other to new heights, that you can train together and so on. For me personally, getting to see Magnus crush the world's elite players was helpful to lose some respect for the top guys. They're just humans too, they can be beaten. I knew, because Magnus did. Later on, getting to work with him before and during the matches with Anand was a key factor to me reaching 2700.” 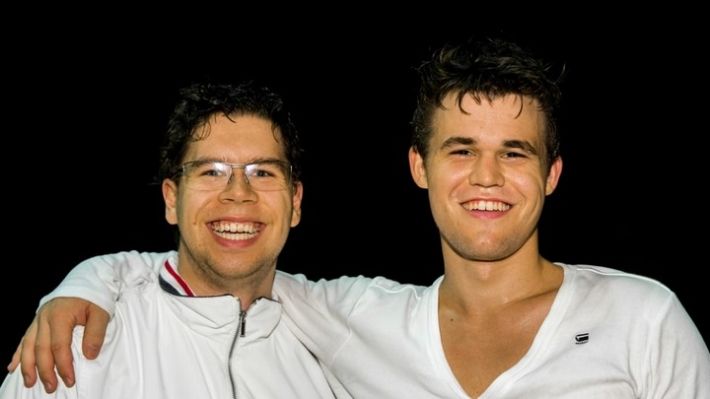 Hammer also goes on to credit Agdestein for their growth as players. “It's also important to credit Simen Agdestein. He worked with Magnus early on, and he has created a programme that enables Norwegian players to combine high school with chess training and competitive play. Having the Norwegian Top Athletes High School (NTG) is fantastic for development and creates a strong community for talented chess youngsters in Oslo.”

How has Carlsen’s dominance in the world of chess impacted the sport in his home country? As Tarjei Svensen elucidates, “It's like night and day! The changes are massive and the interest is incredible, much thanks to him and NRK, the state broadcaster that covers his WC matches excellently. We had none of that before he showed up. Now we have 20 percent of the population watching chess on television during his matches. We have a super tournament, a pub dedicated to chess, a growing number of people signing up for chess clubs and much more.” The most recognizable face in Norway! | Photo: Norway Chess 2019

Jon Ludwig Hammer concurs with this assessment. "The biggest change from Magnus' exploits have been the 'televisation' of chess events. I have got massive respect for the power of television as a medium and it has made Norwegians chess-crazed. It's very common to see people playing online chess while commuting or on a flight.”

Hammer feels that with such interest, the challenge now lies in channelising it into producing more chess players. “Now the chess community's challenge is managing to get some of these fans to take the next step and join a chess club.”

It’s not just Norway that has benefitted from Carlsen’s stupendous performances. His current coach and second Peter Heine Nielsen reveals, “Magnus influence on chess in Scandinavia is basically impossible to fully explain. In general, in these countries and especially in Norway, he has changed a minor sport into prime-time television!” The number of talents that are emerging is also increasing; apart from Carlsen and Hammer, Norway also produced a World Junior Champion in Aryan Tari, a millennial who would have benefitted immensely from Carlsen’s games. It’s fair to say that Magnus Carlsen’s achievements have vitalised chess players in the Scandinavian countries in general and Norway in particular. It’s now up to the exciting talents in these countries to continue the good work that Carlsen has done so far and make their countries powerhouses in the chess landscape for years to come.

Firstpost and ChessBase India have collaborated to bring you extensive and detailed coverage of the chess scene in India and internationally. This article was first published on the Firstpost website on 3rd June 2019. You can read the entire article here.
Related news: