The new ChessBase Magazine #204 dedicates its "Special" to the strongest female chess player of all time: Judit Polgar! The CBM authors annotate their favourite games of the attacking artist, Mihail Marin shows her great strategic skills and Karsten Müller shows her virtuosity in the endgame. The issue also contains the best from the European Championship 2021 - with analyes by the new Champion Anton Demchenko, Viktor Erdos, Daniel Fridman, Nils Grandelius, Maxime Lagarde, Aleksei Sarana, Ivan Saric and others. In his first opening video for the magazine, Austrian GM Markus Ragger presents an idea of World Champion Magnus Carlsen in the 3.Bb5+ Sicilian. Plus 11 opening articles ("A clear attacking plan against the Rubinstein Variation: 7.Be3", "Modern and simple vs. the Najdorf: 7.Nf3/8.Bg5" etc.), as well as training columns on tactics, strategy and endgame. All in a new layout!. Photo: ChessBase

Highlights of this issue #204

On the start page of ChessBase Magazine #204 you will find the special recommendations of the editors - the highlights of the issue to click on and enjoy! 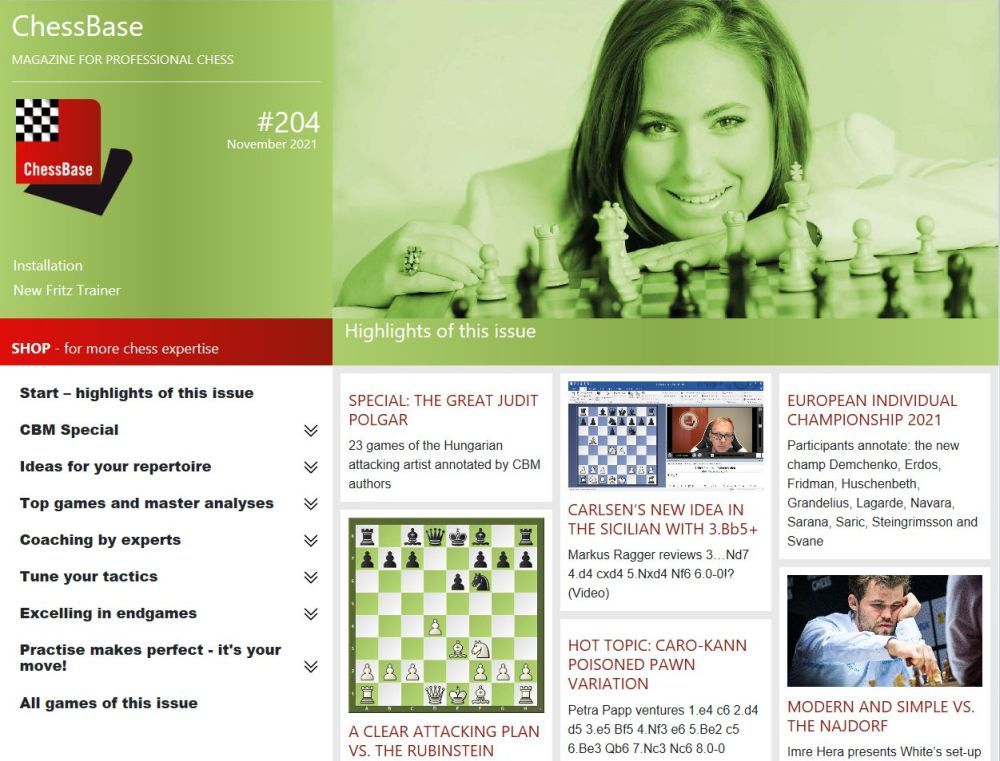 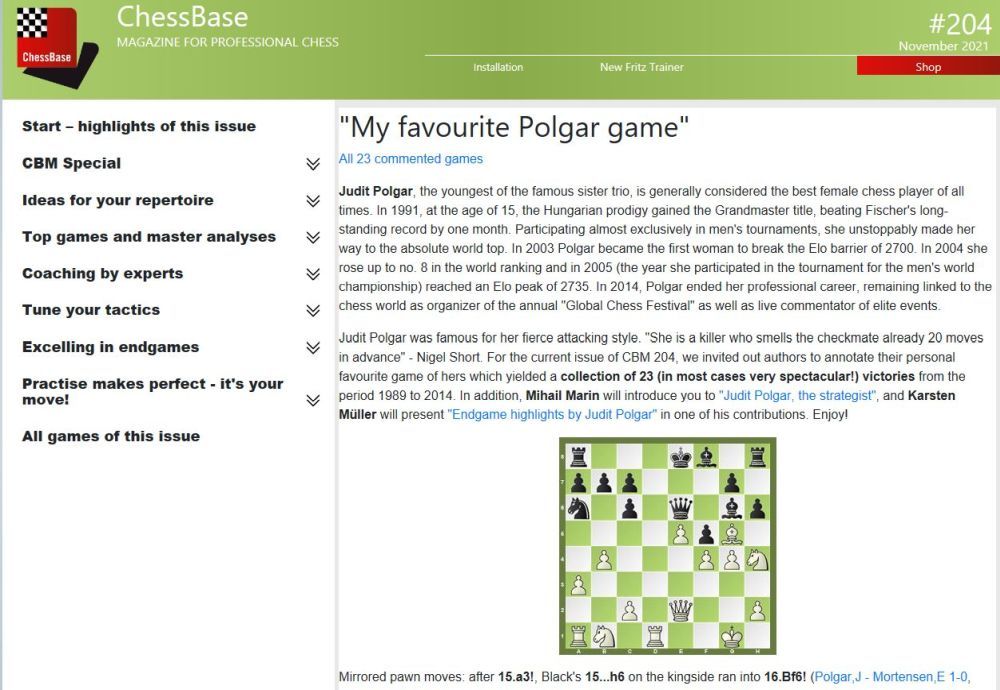 CBM authors comment on their favourite games of the great Hungarian. Exclusive collection of 23 wins from 1989 to 2014. 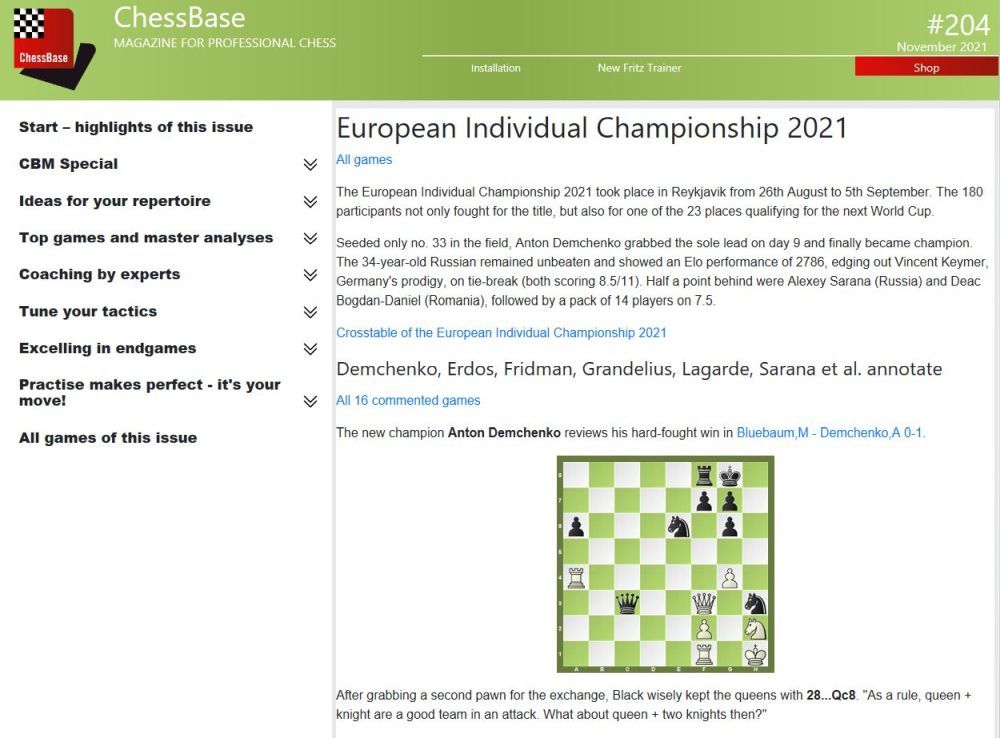 Norway Chess 2021: The runner-up, Alireza Firouzja, comments on two of his winning games, plus analyses by Romain Edouard.

European Individual Championship 2021: The new Champion, Anton Demchenko, analyses his win against Matthias Blübaum. Many other players comment on their best games.

World Cup 2021 revisited: Anish Giri and Peter Heine Nielsen analyse the games of the match for third place between Carlsen and Fedoseev. 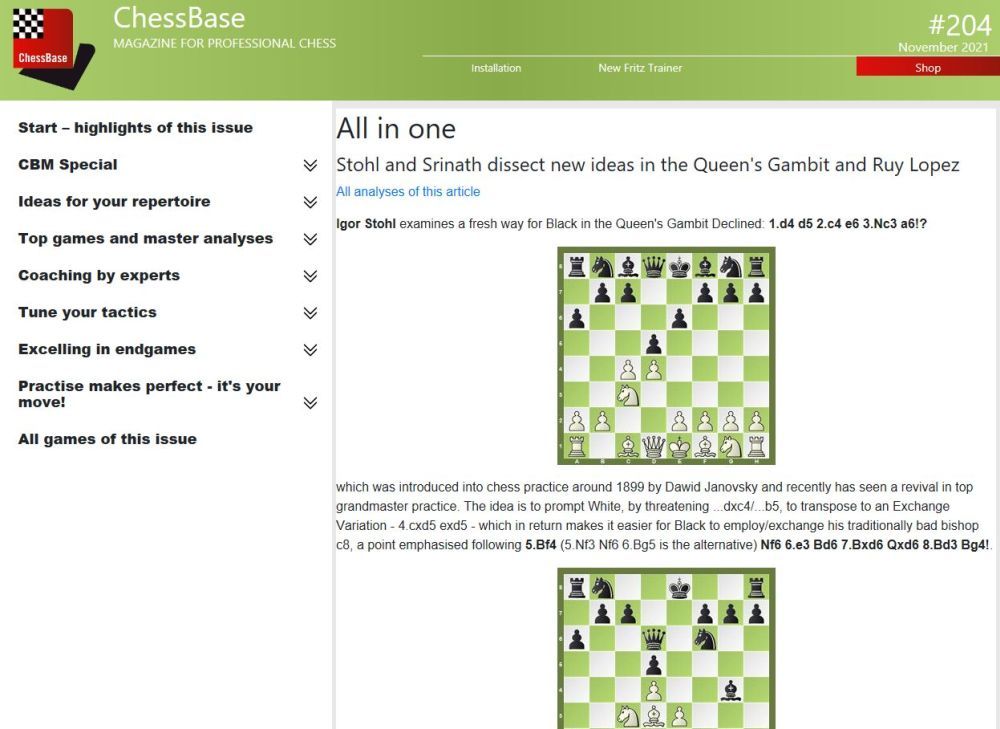 Here you can find out everything you need to know about a specific opening line. And all this on the basis of only one extensively annotated game! 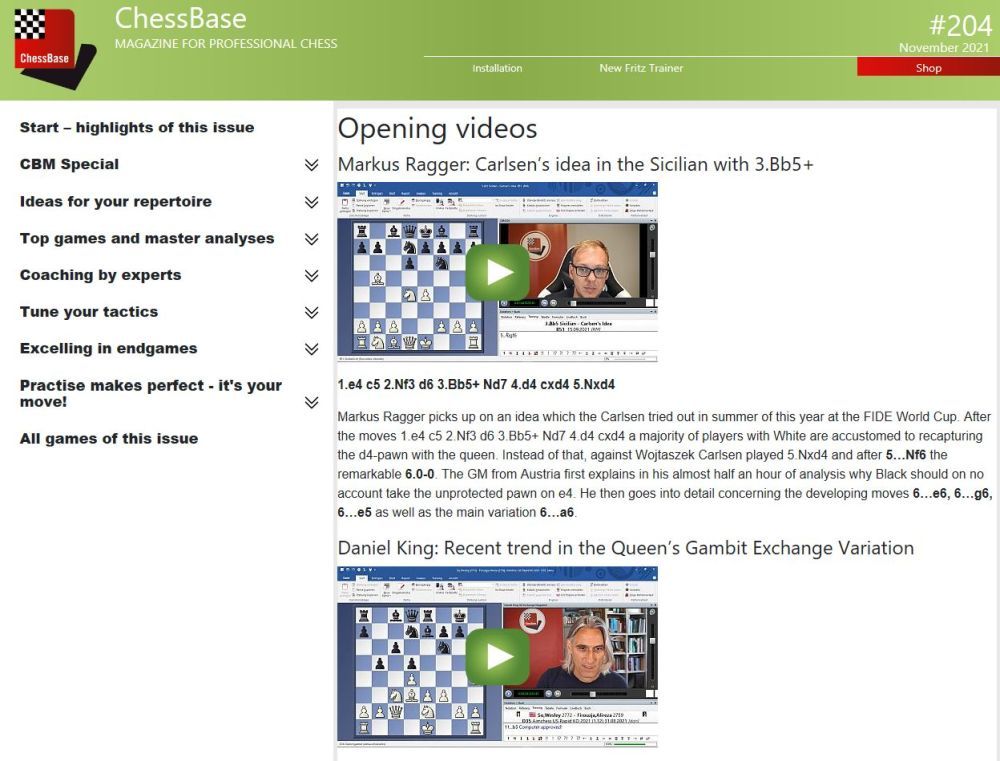 In his first video for CBM, Markus Ragger presents an idea of the World Champion in the Sicilian with 3.Bb5+ from the World Cup: 3… Nd7 4.d4 cxd4 and now 5.Nxd4!? Nf6 6.0-0!?. Daniel King has identified a new trend in the Exchange Variation of the Queen's Gambit – the trendsetter here is Alireza Firouzja. And Mihail Marin shows Judit Polgar's concept against the Ruy Lopez Breyer Variation from 1993. 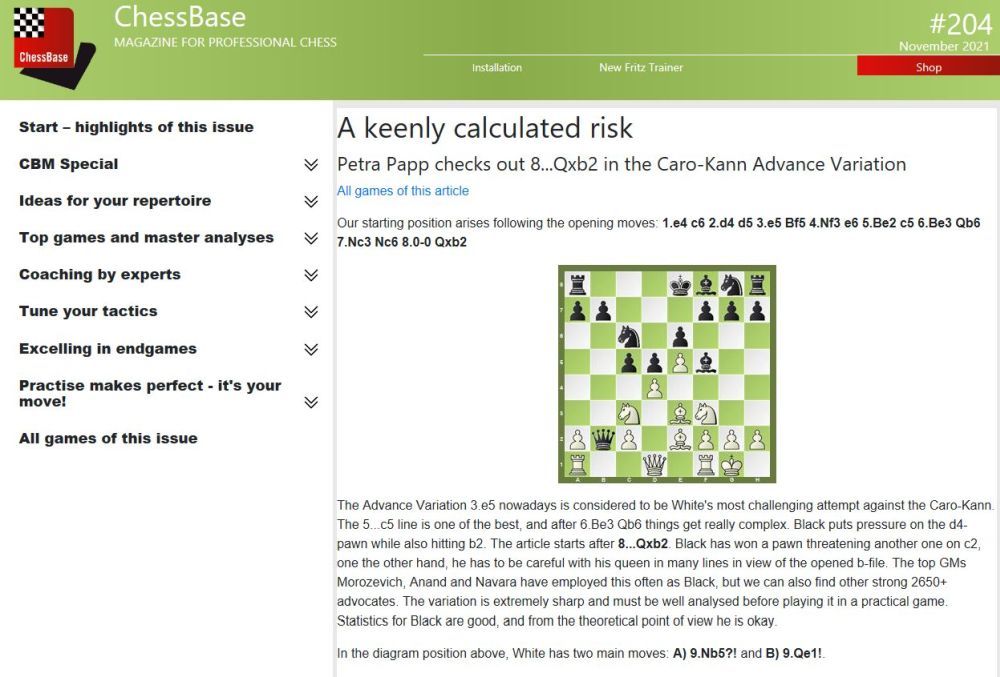 CBM #204 offers many exciting ideas for your next games with 11 opening articles: 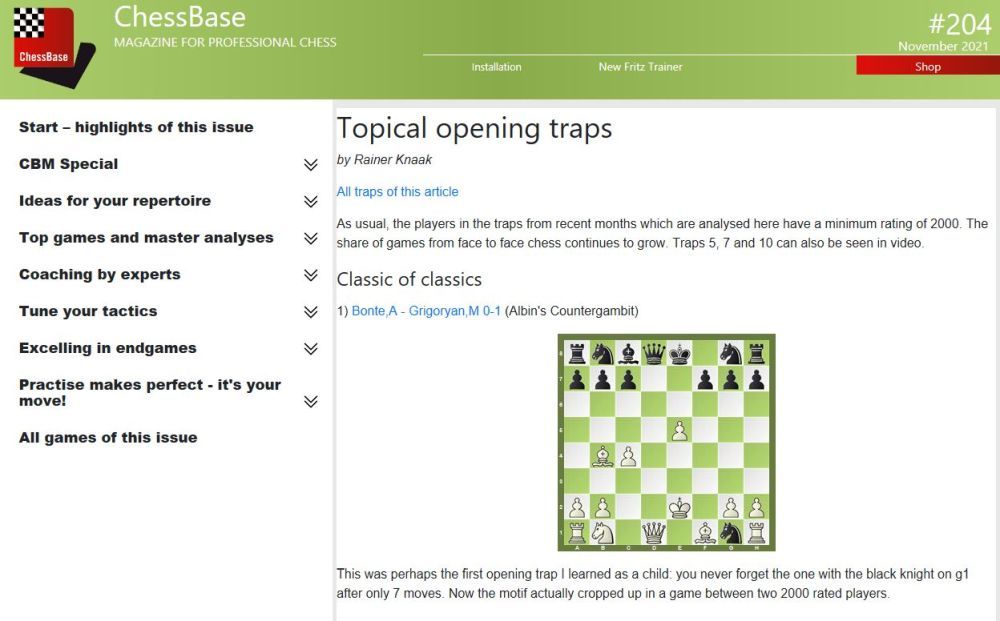 "A surprising number of Queen's Gambits!" Our expert Rainer Knaak presents ten current traps, three of which are also in video format. This time the focus is on different lines of the Queen's Gambit. 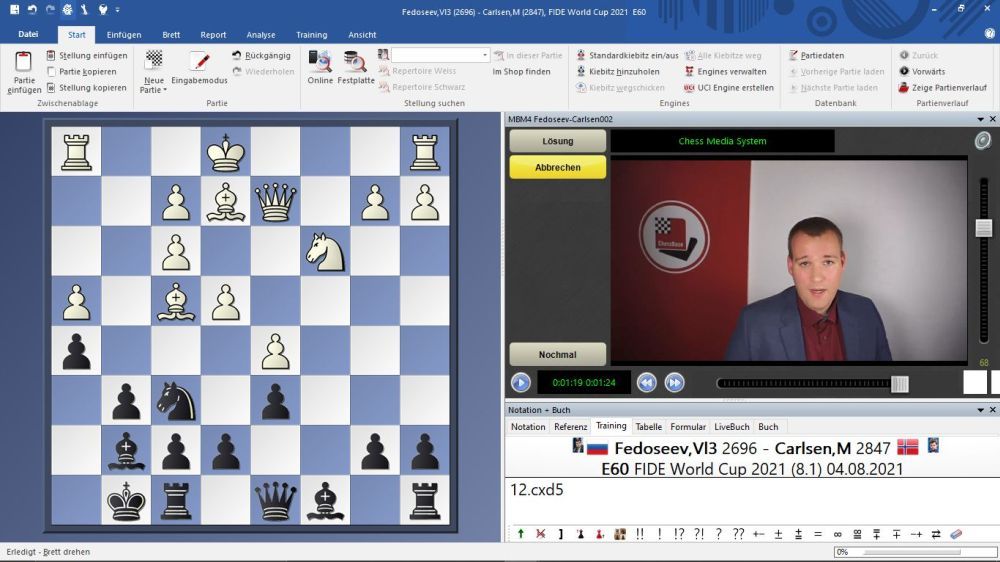 "An absolute master piece!" Recap the brilliant Fedoseev-Carlsen game from the World Cup 2021 move by move together with IM Robert Ris! 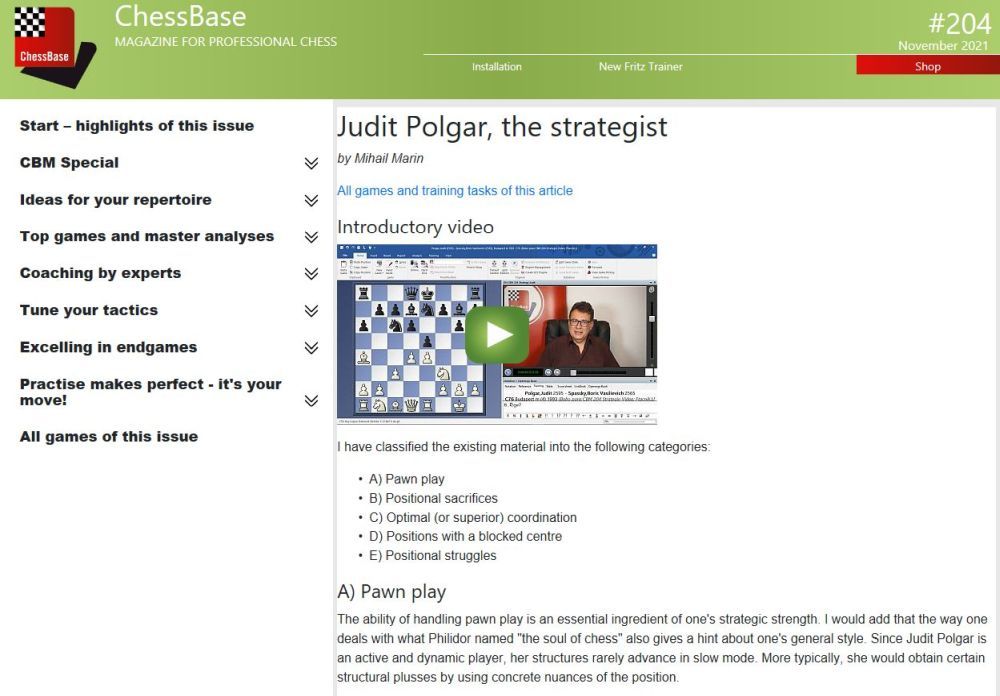 Mihail Marin examines the games of the former world-class player with regard to various aspects, from pawn play to positional struggles. Incl. detailed video introduction! 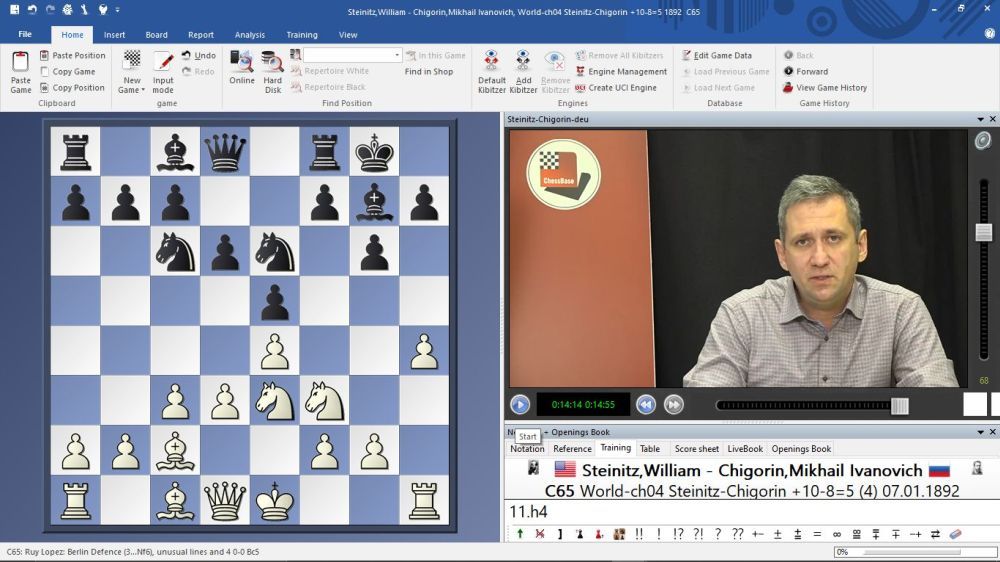 Almost 130 years old and yet absolutely modern! The former coach of the German national team, Dorian Rogozenco, presents the fourth game of the World Championship match from 1892 between Wilhelm Steinitz and Mikhail Chigorin. 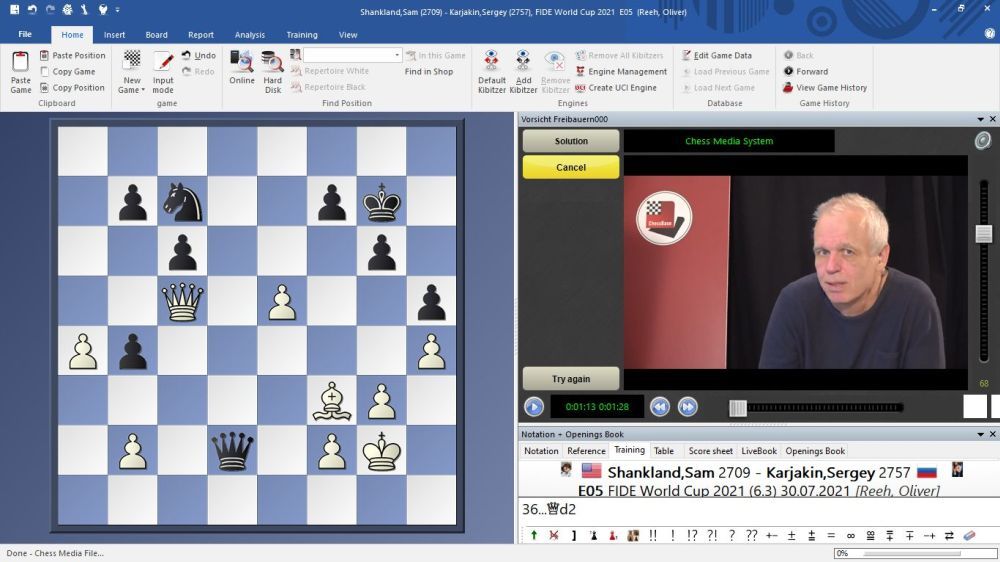 Train your eye for spotting mates with Oliver Reeh’s collection of 37 games studded with numerous training questions as well as three interactive videos! And "My Favourites" is best solved together with the International Master in the interactive analysis! 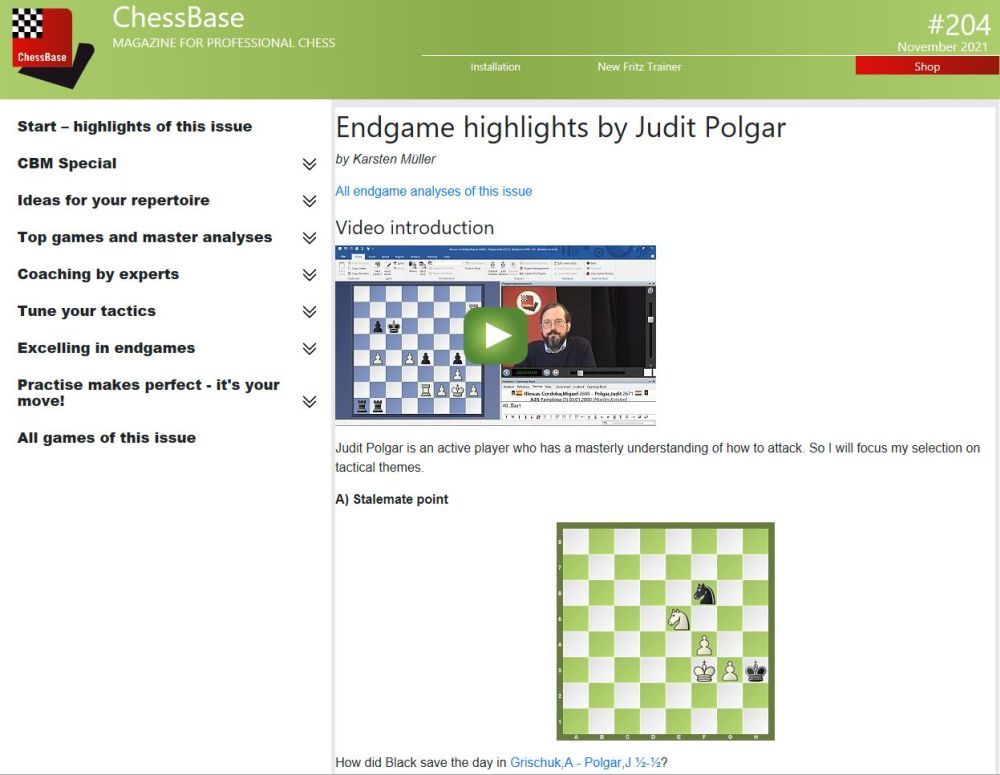 Endgame expert Karsten Müller provides three articles in this issue. In addition to the article on Judit Polgar (incl. video), the GM from Hamburg presents the most beautiful endgames from the Chessable Masters 2021 and deep analyses in "Readers write". 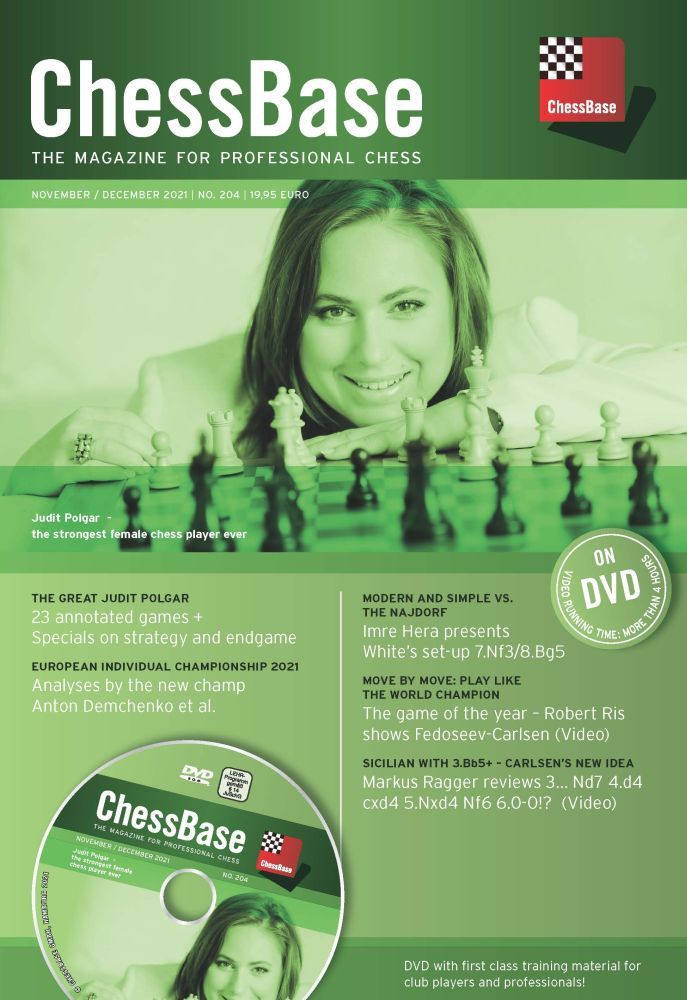