ChessBase Magazine is the most comprehensive and most sophisticated chess magazine there is. World class players analyze their brilliancies and explain the ideas behind the moves to you, opening specialists present the latest trends in opening theory and offer exciting ideas for your repertoire. Master trainers in the fields of tactics, strategy, and the endgame show you the tricks and techniques a successful tournament player needs! Digital DVD with several hours of video to learn and train. Top GMs like Giri, So, Duda, Fedoseev, Kasimdzhanov, Peter Heine Nielsen, Romain Edouard, Jan Werle, Mihail Marin, Endgame expert Karsten Muller and many more. Photo: ChessBase

Highlights of this issue #201 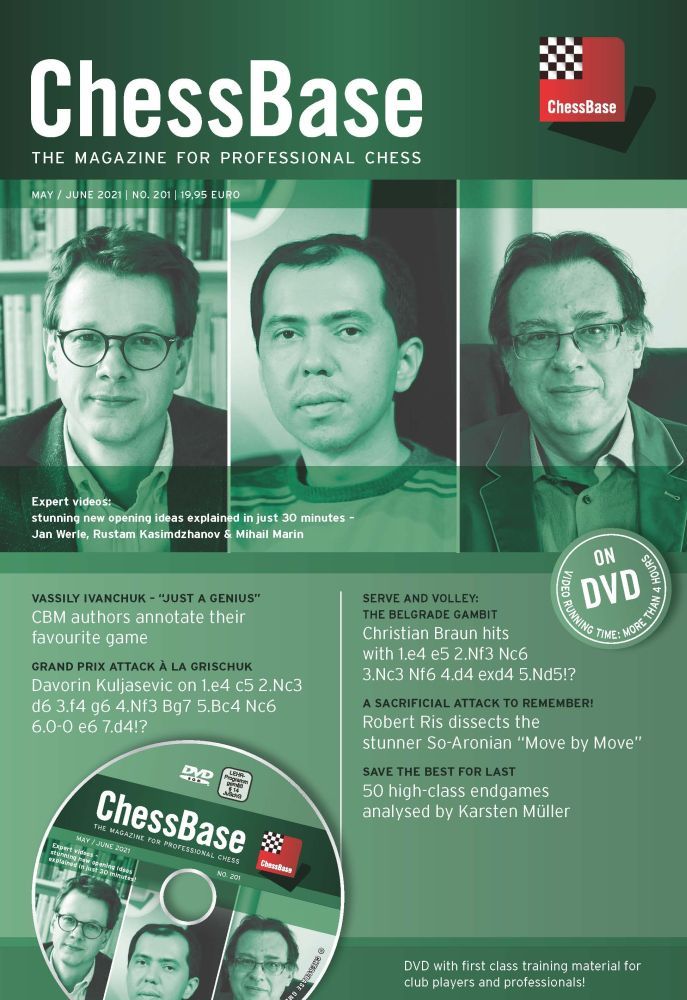 22 games of the Ukrainian star, annotated by CBM authors

All in One: Grand Prix Attack á la Grischuk + The Dubov System

Serve and volley: the Belgrade Gambit

No gap in the Stonewall

Dutch vs. the Reti/English – Victor Moskalenko shows how to deal with White’s setups without d2-d4

A sacrificial attack to remember!

The pawn as universal weapon!

Save the best for last 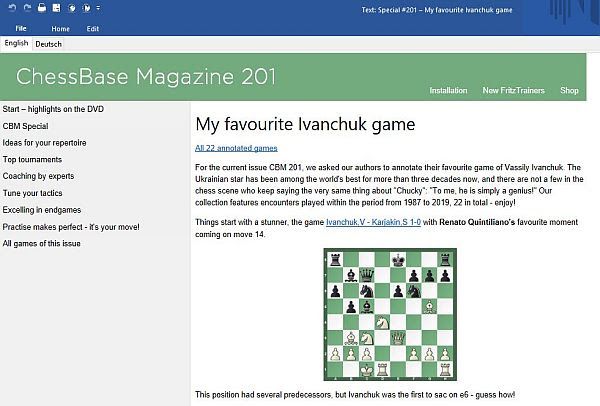 CBM authors analyse their favourite game by Vassily Ivanchuk from 1987 until 2019. An exclusive collection of 22 annotated games with numerous brilliant moments! 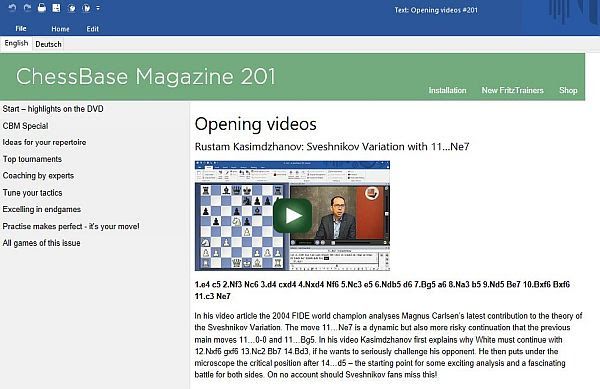 Our authors have twice picked up on new opening ideas from the world champion:: Rustam Kasimdzhanov checks out the dynamic 11...Ne7 in the Sveshnikov Variation. And Jan Werle is enthused by Carlsen’s 9...Qc8 in the Nimzo-Indian with 4.f3.. Mihail Marin links the Mikenas System games of Kasparov and Korchnoi to the game Ding Liren-Radjabov from the World Cup 2019. 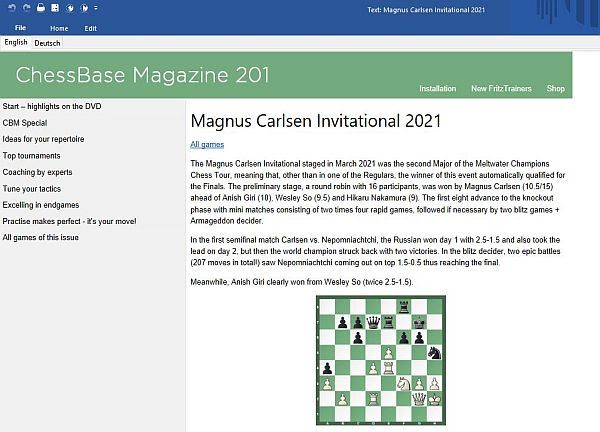 Magnus Carlsen Invitational 2021: The world champion could not prevail again and was eliminated in the semifinals against Ian Nepomniachtchi.

Anish Giri seized the opportunity. The Dutchman comments on no less than six of his games. Further analyses by Wesley So. 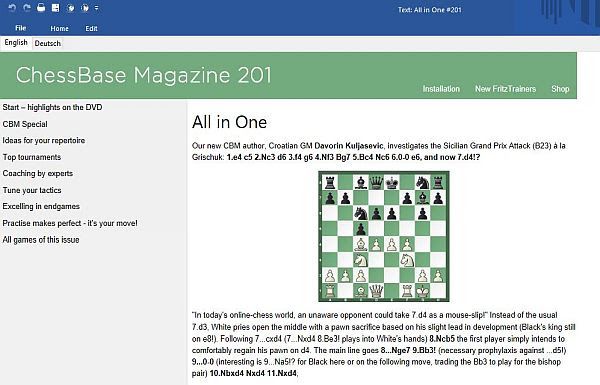 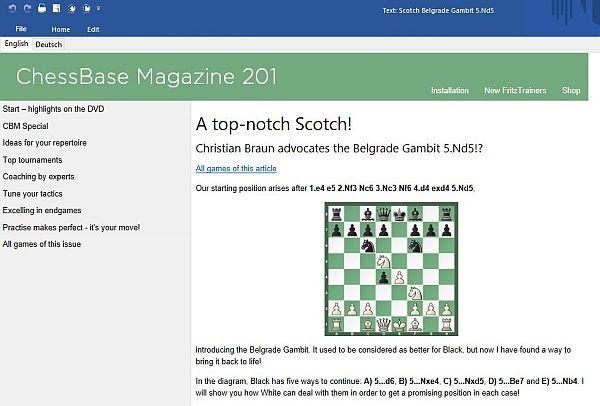 11 opening articles with recommendations for your repertoire are waiting for you:

Schandorff: Italian with 8...a5 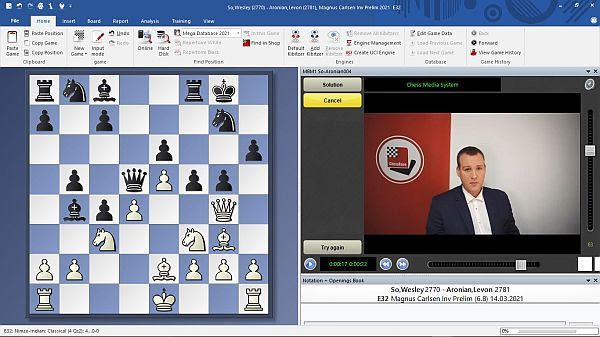 In his first article in the interactive training series IM Robert Ris invites you to play interactively through “the most spectacular game of the Magnus Carlsen Invitational 2021“ (Wesley So – Levon Aronian).

Mihail Marin puts under the microscope games by the five most successful players in this classic tournament: Ivanchuk, Kasparov, Beliavsky, Jussupow and Salov. Including an introductory video (running time: 40 minutes). A game between De Labourdonnais and McDonnell (London 1834) with a fulminating attack on the kingside is up for discussion. “What is most interesting is perhaps that the whole attack was objectively correct”, is Dorian Rogozenco’s conclusion. Save the best for last 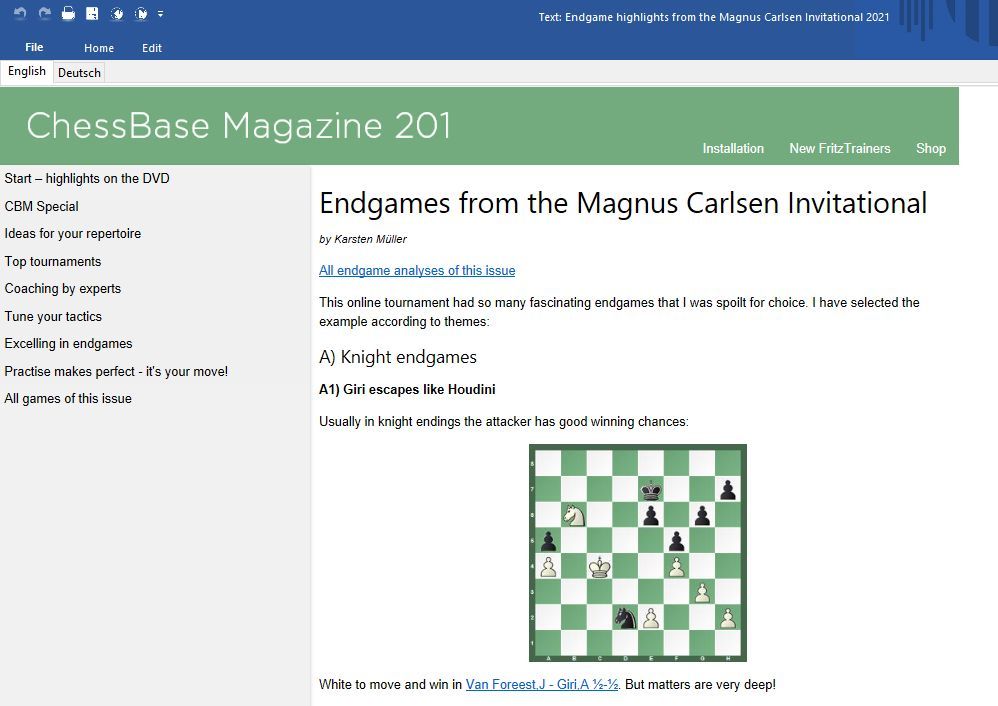 Karsten Müller’s contributions once more cover various areas from the “supertournament” in Linares in 1991 to the highlights from Magnus Carlsen Infivatitional 2021 and the Opera Euro Rapid 2021. 50 high-class endgame analyses and training tasks.