ChessBase Magazine is the most comprehensive and most sophisticated chess magazine there is. World class players analyze their brilliancies and explain the ideas behind the moves to you, opening specialists present the latest trends in opening theory and offer exciting ideas for your repertoire. Master trainers in the fields of tactics, strategy, and the endgame show you the tricks and techniques a successful tournament player needs! Digital DVD with several hours of video to learn and train. Top GMs like Giri, So, Van Foreest, Grandelius, Harikrishna, Duda, Wojtaszek, Fedoseev, Daniel King, Simon Williams, Mihail Marin and many more. Photo: ChessBase

Highlights of this issue #200 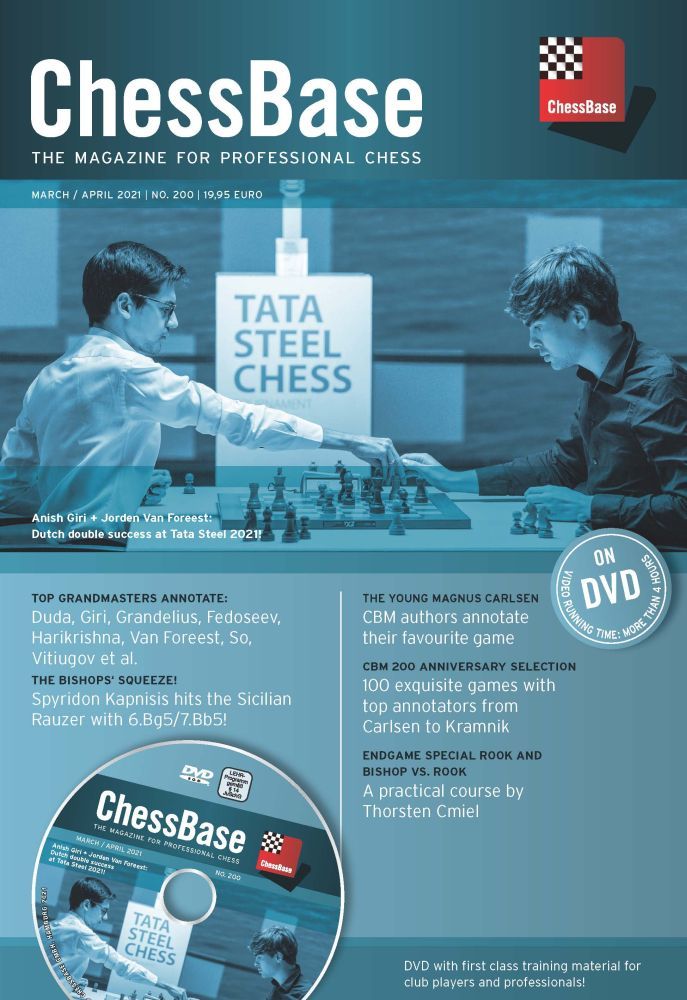 Thorsten Cmiel explains all you need to know in practice 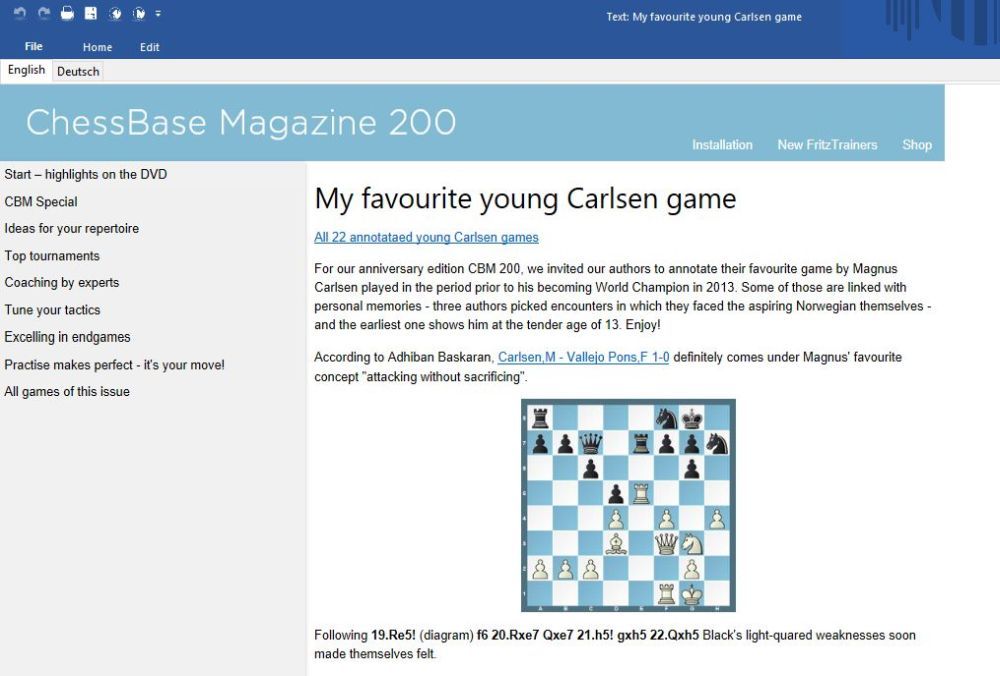 For our anniversary edition CBM 200, we invited our authors to annotate their favourite game by Magnus Carlsen played in the period prior to his becoming World Champion in 2013. Some of those are linked with personal memories - Mateus Bartel, Michal Krasenkow and Yannik Pelletier even picked encounters in which they faced the aspiring Norwegian themselves! It's fascinating to see how the future World Champion developed his skills, displaying seemingly unpretentious (but very deep!) opening treatment, superb positional understanding and of course his grinding abilities in the ending. Enjoy! 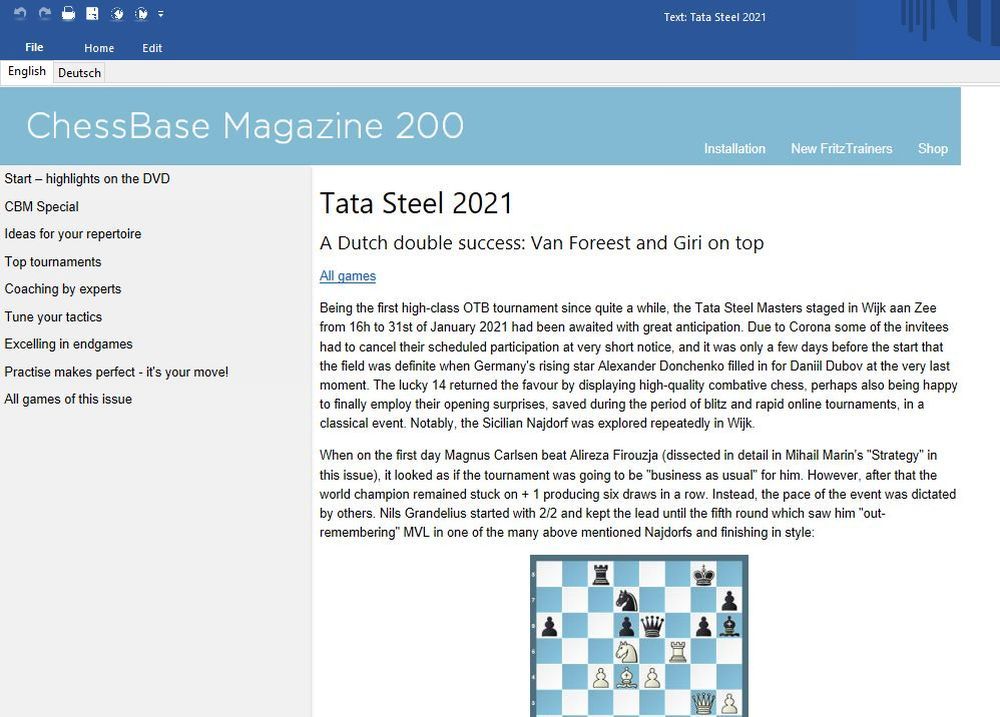 Anish Giri and Jorden van Foreest took the top positions with 8.5 out of 13. Both comment on their best games, as do Nils Grandelius, Harikrishna Pentala, Jan-Krzysztof Duda and Radoslaw Wojtaszek.

Skilling Open 2020: The winner of the online tournament, Wesley So, comments on his win against Carlsen. 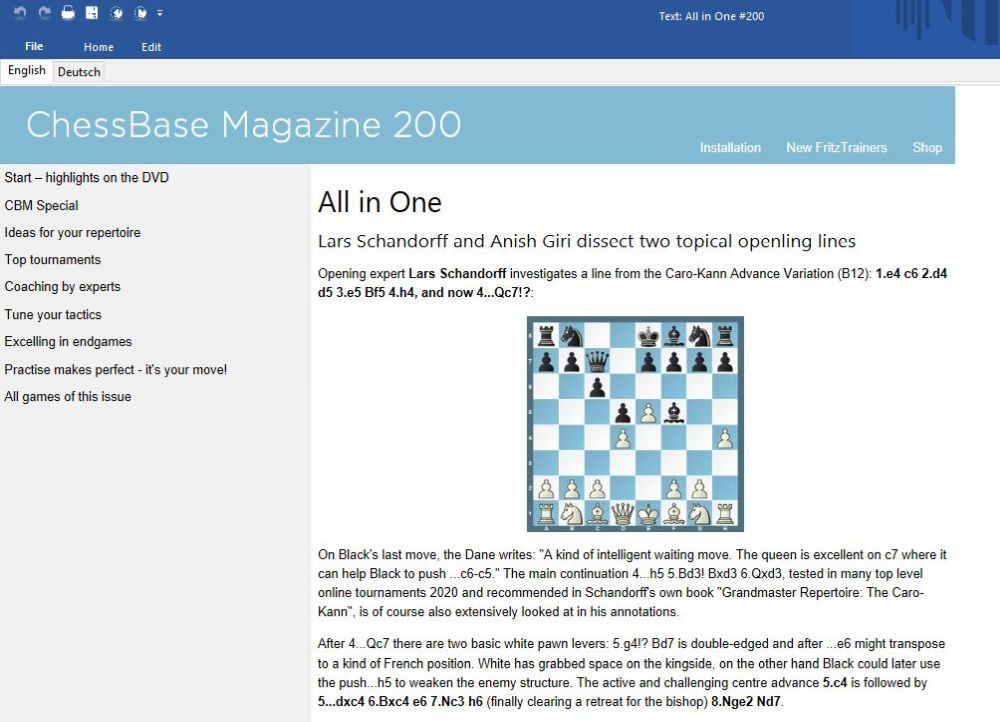 Lars Schandorff and Anish Giri dissect two current opening lines: Caro-Kann Advance Variation with 3...Bf5 4.h4 Qc7 and a repertoire against 1.Nf3 d5 2.b3 based on the move 2...Bf5. 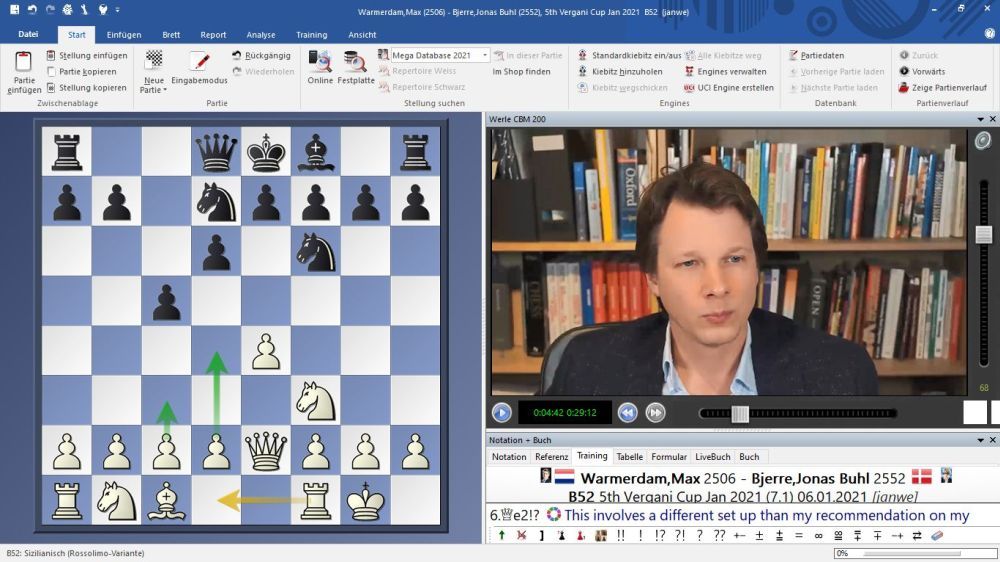 Jan Werle uses a game by his compatriot Max Wamerdam to show new ideas in the Moscow Variation. With "Italian à la Dubov", Daniel King presents a topical opening recipe. And Mihail Marin examines a less known idea of the young Carlsen in the Sveshnikov Variation with 12.c4. 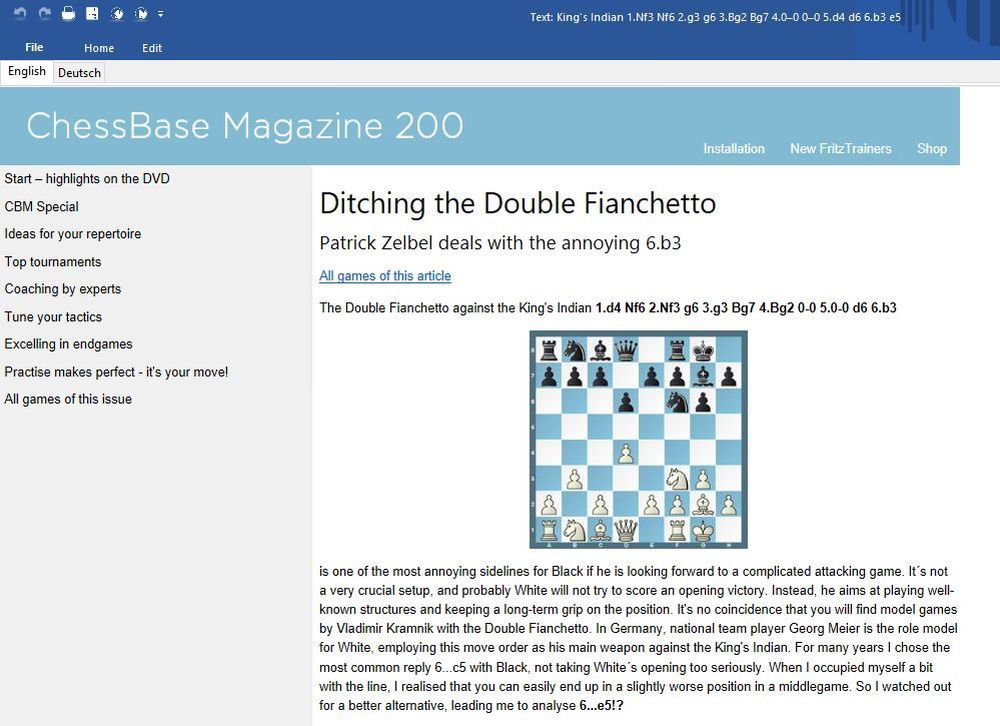 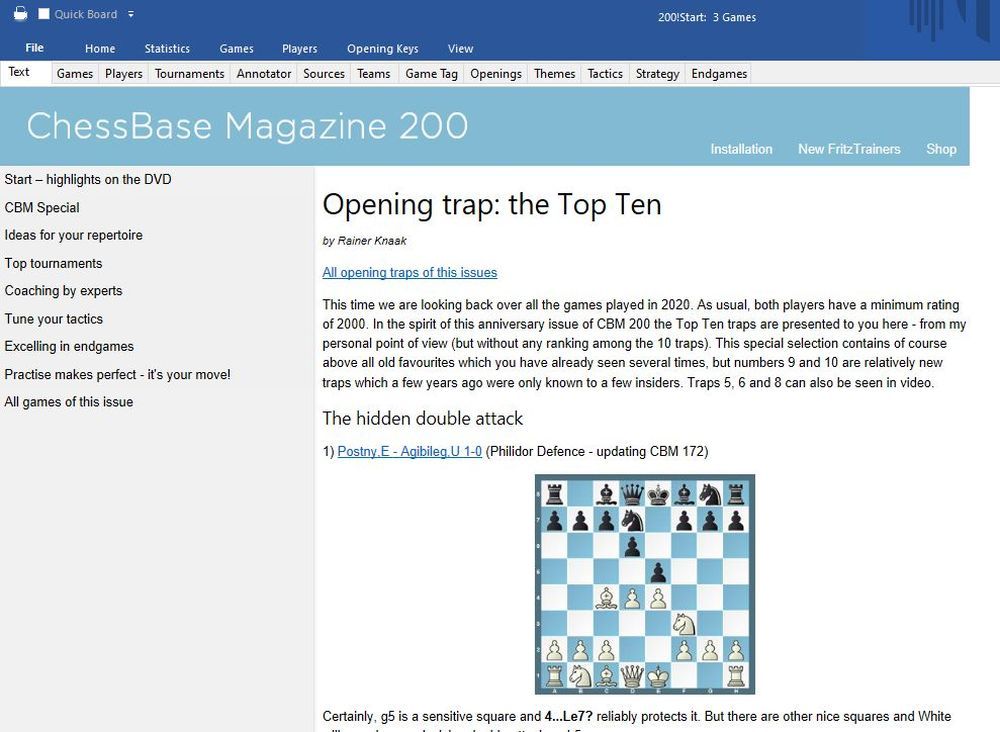 In the spirit of this anniversary issue the Top Ten traps are presented to you - from Rainer Knaak’s personal point of view. This special selection contains of course above all old favourites two relatively new traps which a few years ago were only known to a few insiders. Three traps are also presented in in video. 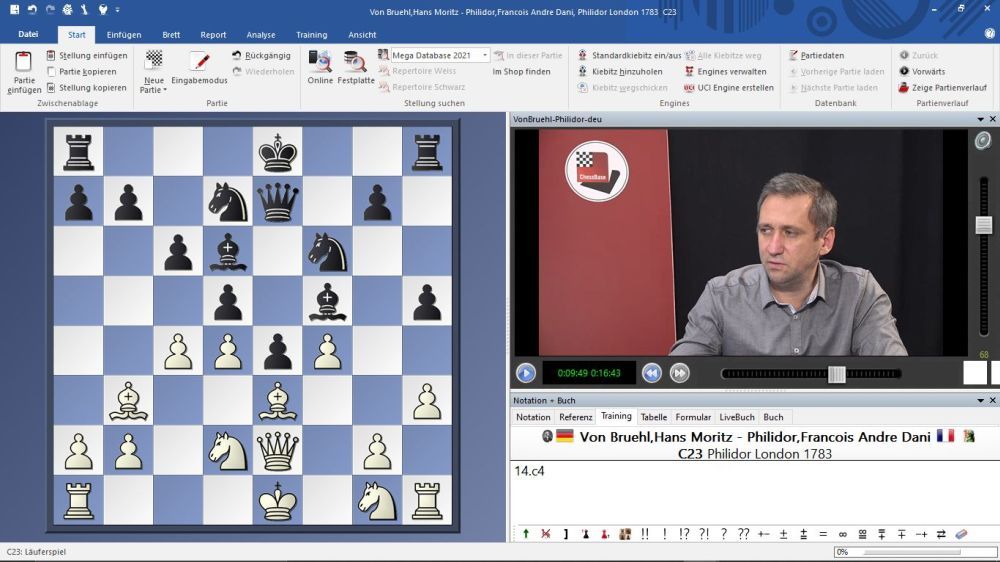 With Von Brühl - Philidor (London 1783), Dorian Rogozenco chose an “absolutely impressive” game from the 18th century for the anniversary issue of CBMagazine. The German national coach was particularly impressed by Philidor's prophylactic approach, which was unusual for the time. His play shows again and again that prevention of the opponent’s activity has top priority - which, however, did not always allow him to find the objectively best continuation in the game. Moreover, Rogozenco points out that the strategic principle of consistently playing against one weakness is explored in great style, forcing victory in the endgame. 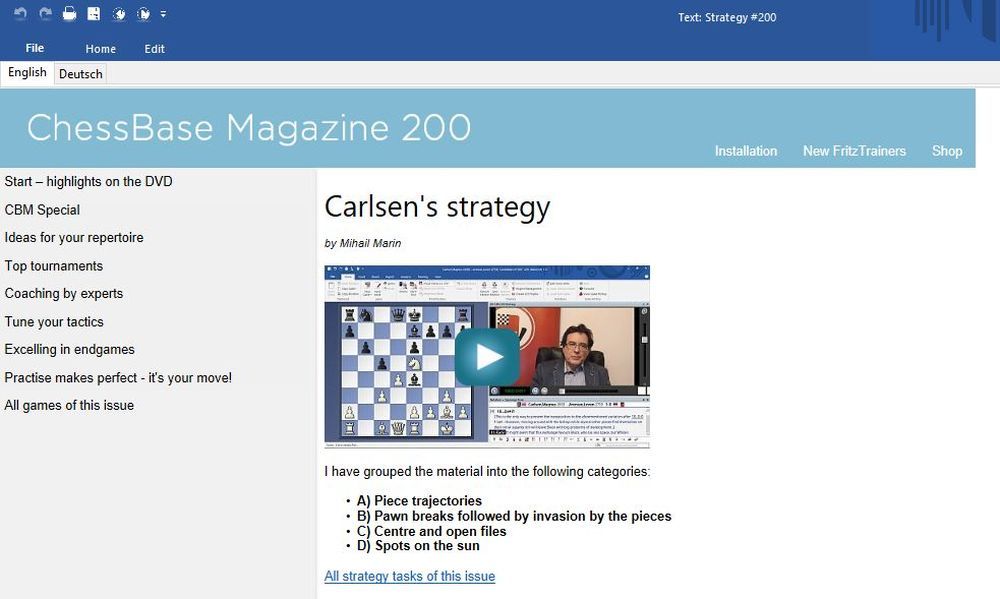 Including several training tasks and an introductory video! 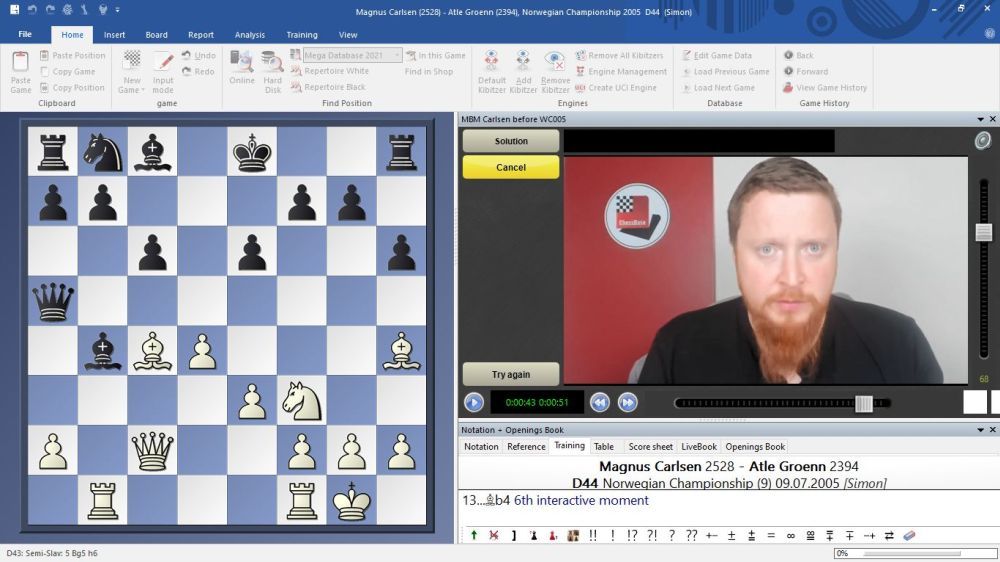 Simon Williams has chosen a game by the young Magnus Carlsen for his interactive video, fitting the main topic of this issue. In the game Carlsen-Gronn from the Norwegian Championship 2005, the rising star was only 15 years old. In this game Carlsen showed his tactical side and consistently punished his opponent for his careless play in the opening – the game was over with a mate in move 24. Show that you can play like Magnus Carlsen by putting his moves on the board! 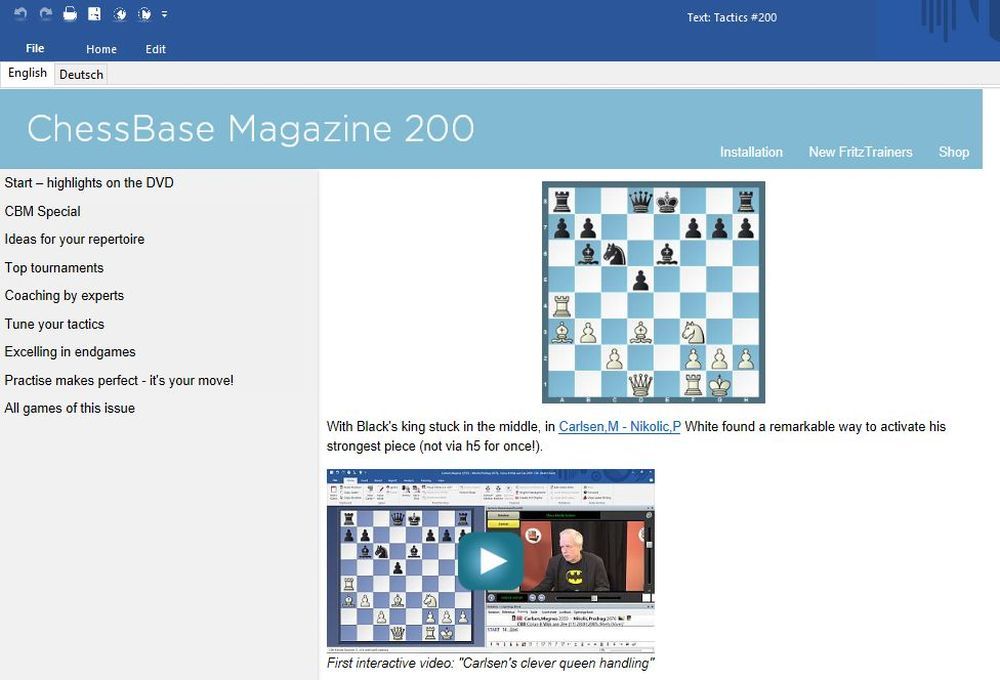 Endgame highlights from Tata Steel 2021, Skilling Open and much more! 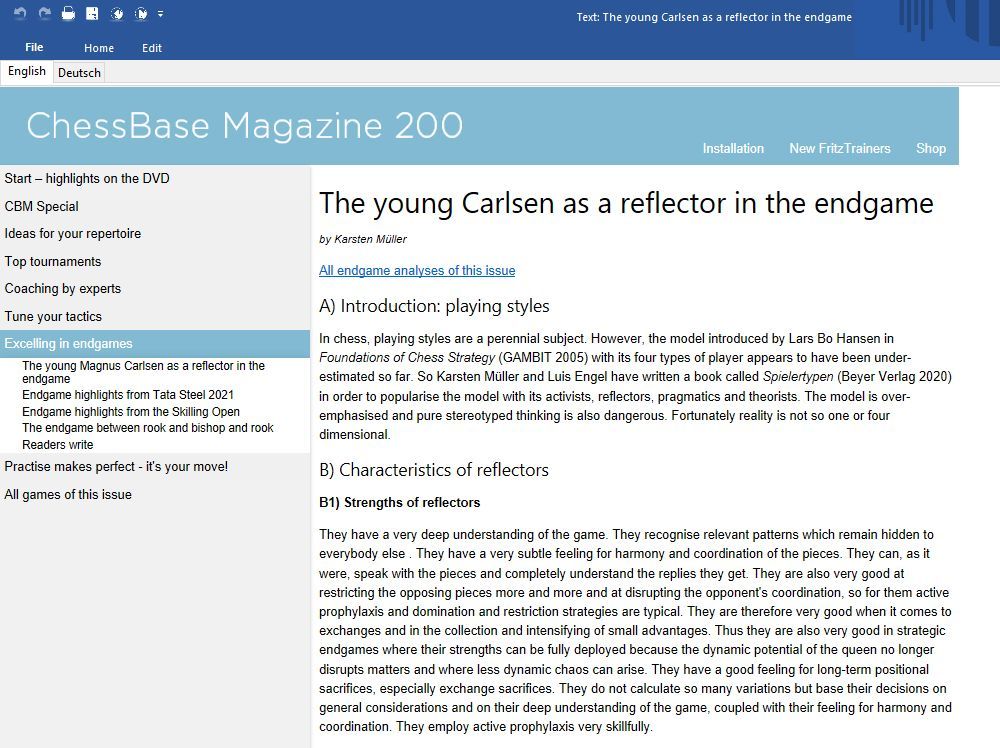 This issue offers four endgame articles, first and foremost “The young Magnus Carlsen as a reflector in the endgame” by expert Karsten Müller. Moreover, you are welcome to enjoy the endgame highlights from recent top tournaments. And Thorsten Cmiel explains all you need to know in the endgame Rook+Bishop vs. Rook!