Only Priyanka Nutakki can tie the score

WIM Priyanka Nutakki is the only player who can catch Divya. The only scenario where Priyanka can win the tournament is, Priyanka beats Padmini Rout in the final round and Soumya beats Divya. Then also, if Priyanka's tie-break stays ahead as it is now, she can clinch the championship. 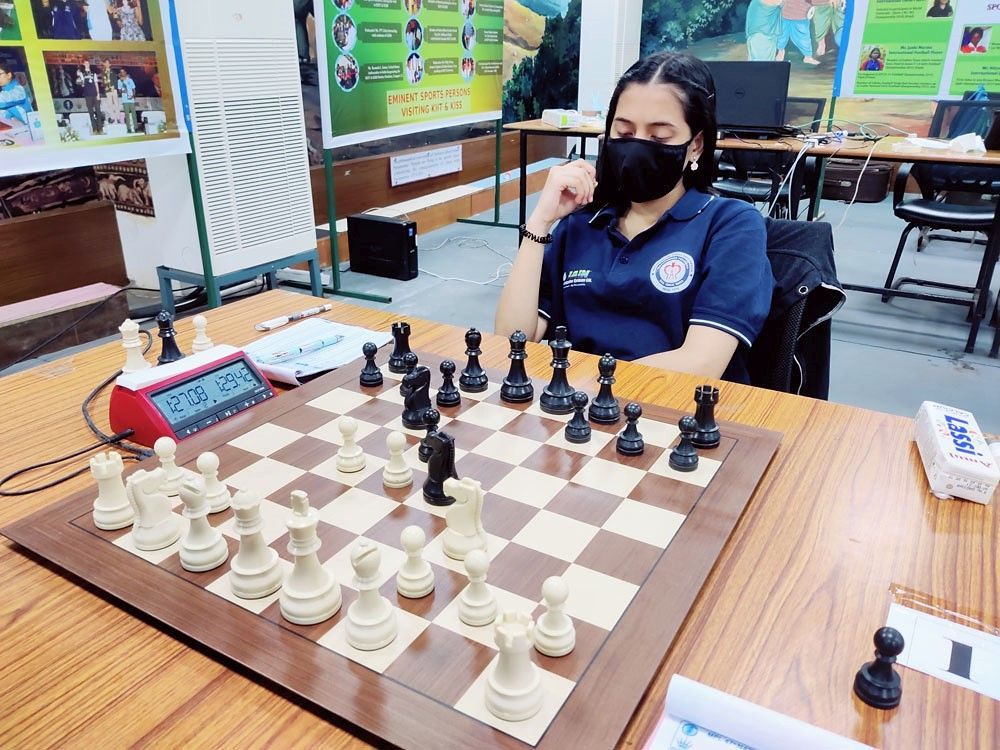 Divya Deshmukh needs a draw in the final round to clinch the championship | Photo: IA Suresh Chandra Sahoo

IM Vaishali (TN) got into trouble early in the opening against WGM Divya Deshmukh (MAH). 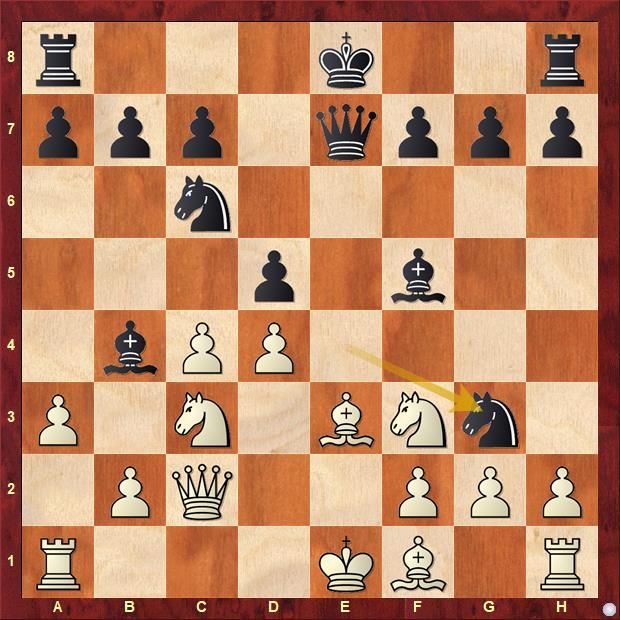 Things seem to have gone terribly wrong for White. Petroff's defense is relatively quiet where Black generally equalizes with ease, however Divya certainly was better prepared in this opening. 10...Ng3 11.Qa4 Bxc3+ 12.bxc3 Nxf1 not Nxh1. Now White needed to play 13.Kxf1 idea Kg1 and put the king into safety. 13.Rxf1 stranded the king at the center of the board where it was the subject of Black's attacks. 13...0-0-0 14.cxd5 Rxd5 15.c4 Ra5 16.Qb3 Nb4 17.Kd2 Nc2 18.Ra2 Rxa3 and eventually the passed a-pawn became the deciding factor in Black scoring a victory. 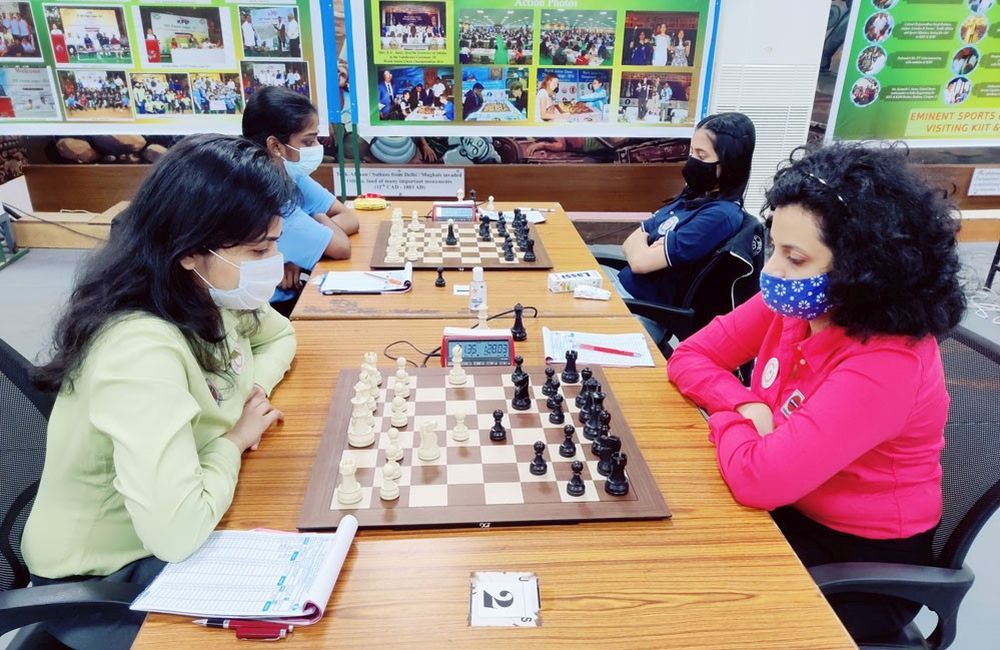 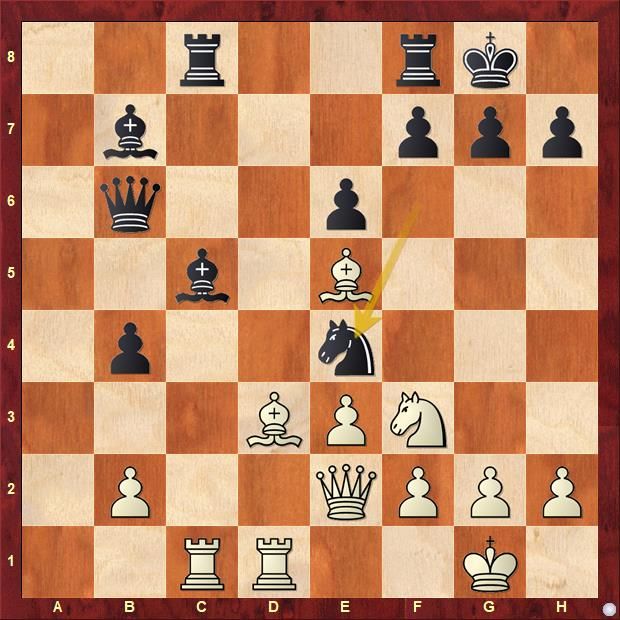 In a balanced position, Black made a big mistake 20...Ne4. Find out the winning continuation for White.

WIM Arpita Mukherjee (WB) had an interesting and prolonged draw in a Queen vs Rook and Bishop endgame against WGM Mary Ann Gomes (PSPB). 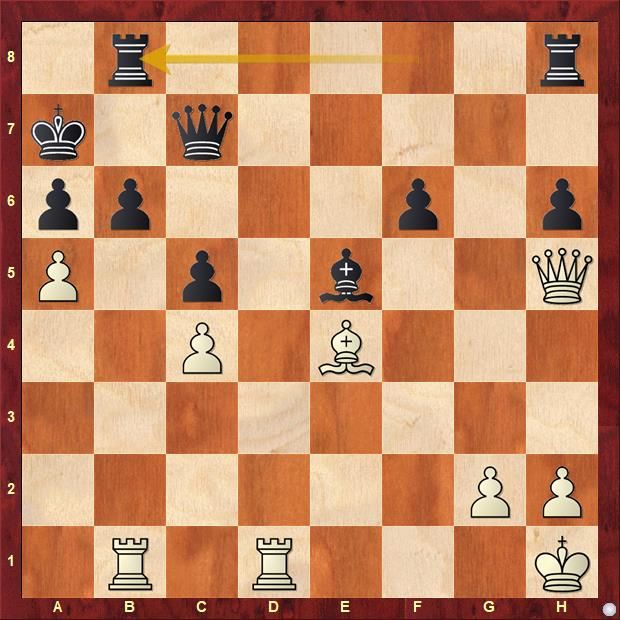 Computer will say White is winning after 28.axb6+ Rxb6 29.Rxb6 Kxb6 30.Rb1+ Ka7 31.Rb7+ Qxb7 32.Bxb7 Kxb7. However, for a human to convert that position for White is not at all easy, especially when the defender is a strong player like Mary. Even if you insert 28.Qg4 Bd4 before taking on b6, it hardly makes a difference. 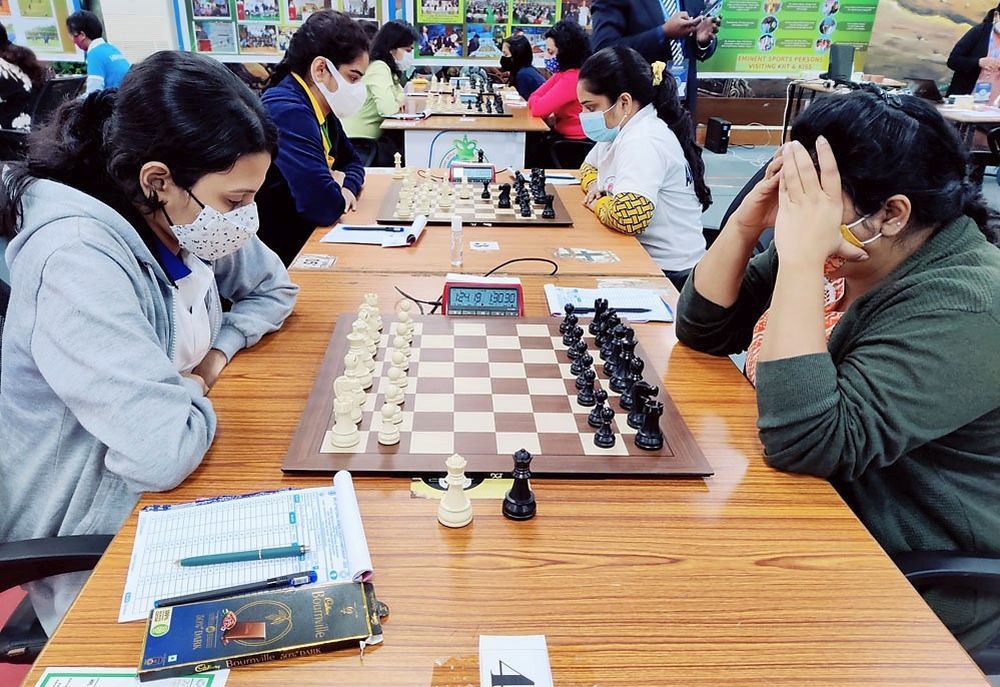 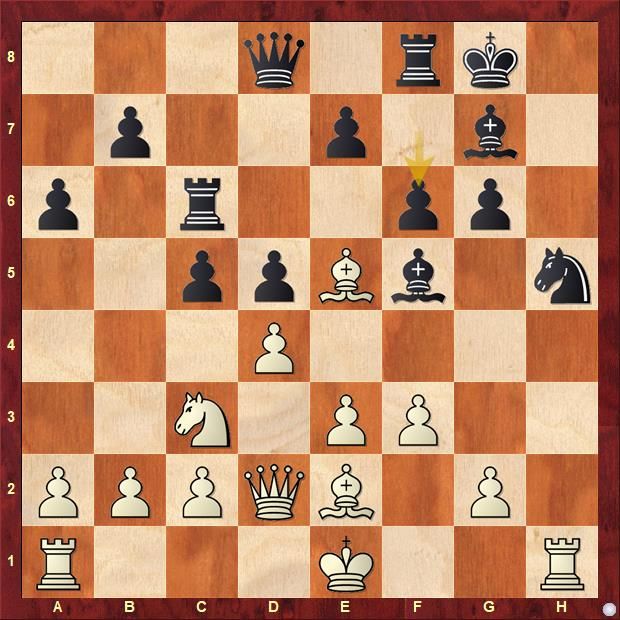 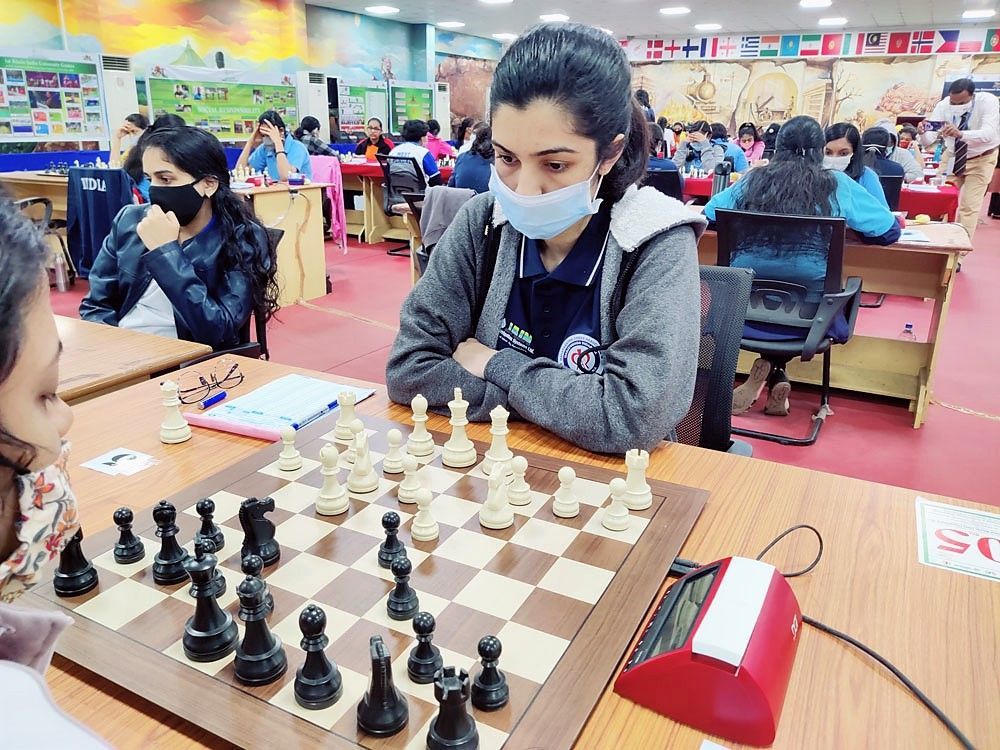 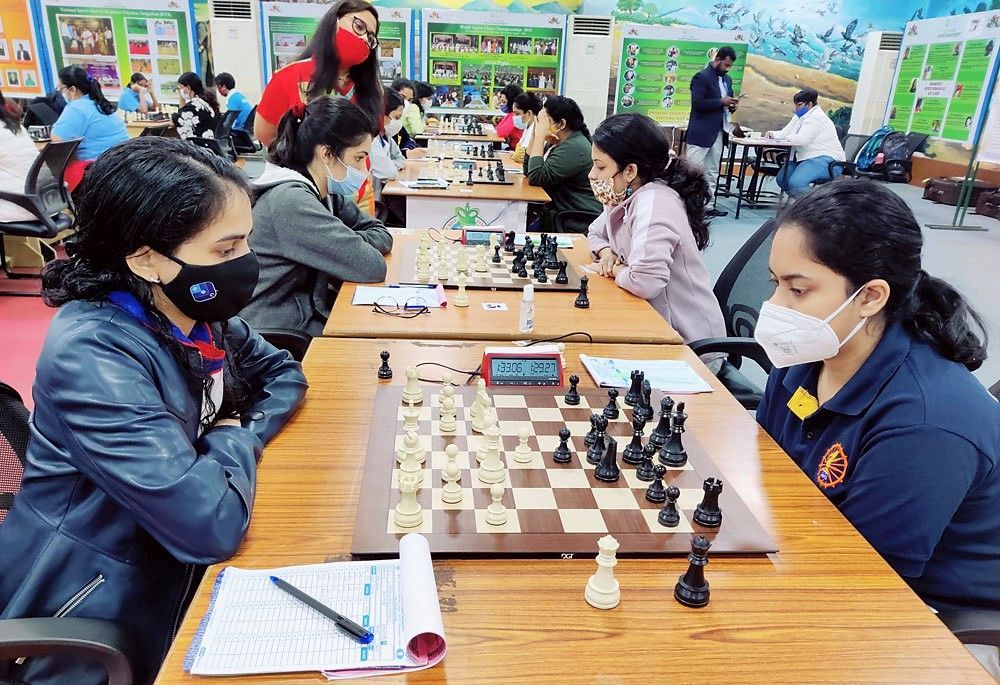