Six women in the chase 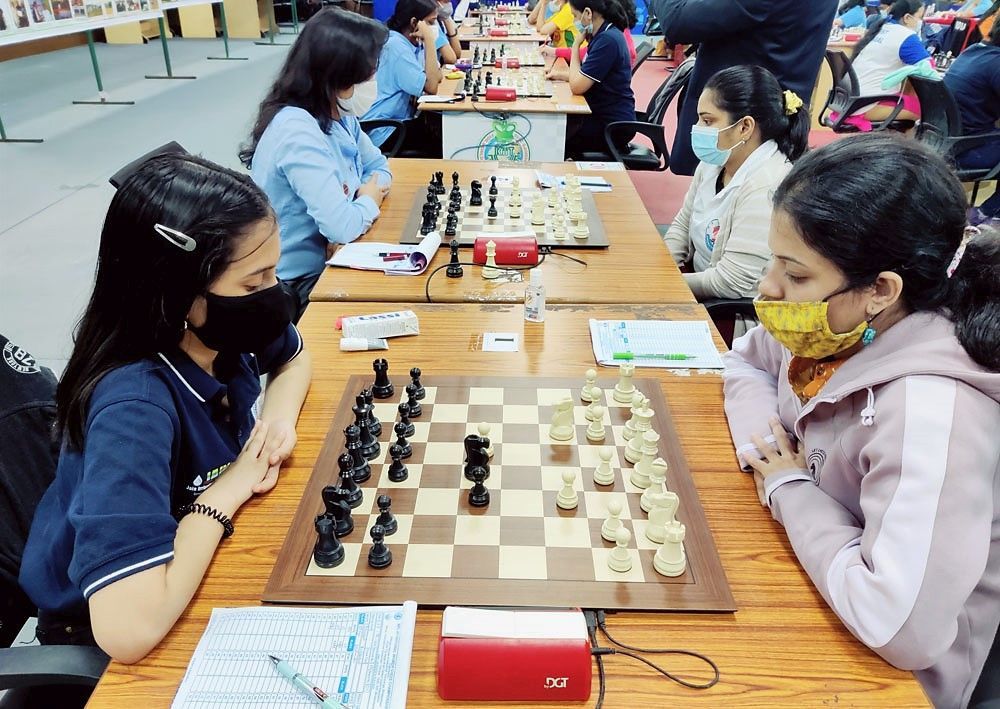 The All-Maharashtra battle between WGM Divya Deshmukh and WIM Sakshi Chitlange was convincingly won by the former. 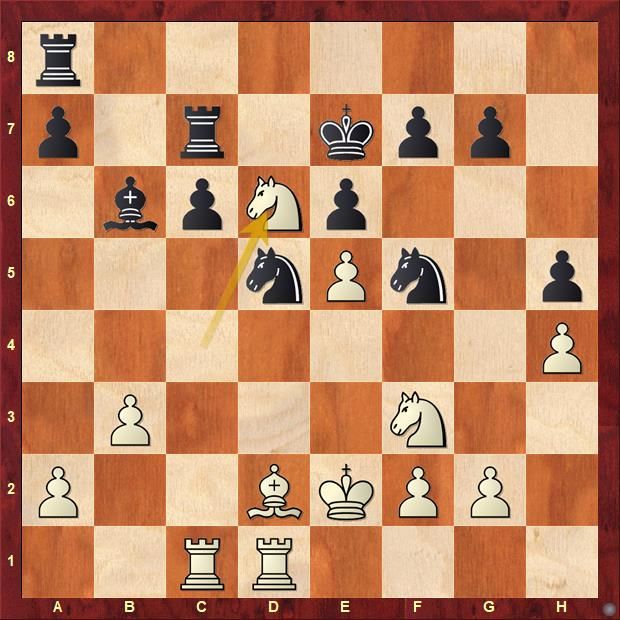 23.Nd6 allows the knight to be firmly placed as it is tactically defended. 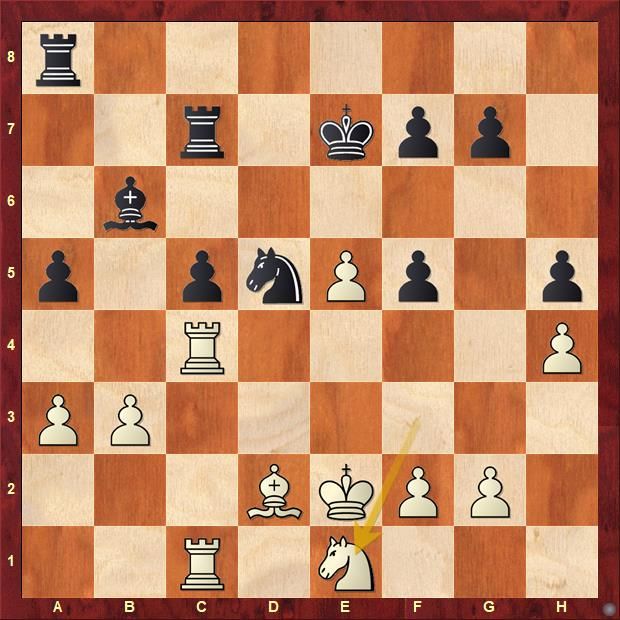 WIM Priyanka K (TN) had a very small window of opportunity in the endgame against IM Vaishali R (TN). The bishop vs knight endgame lasted for 45 moves which is more than 50% of the game. 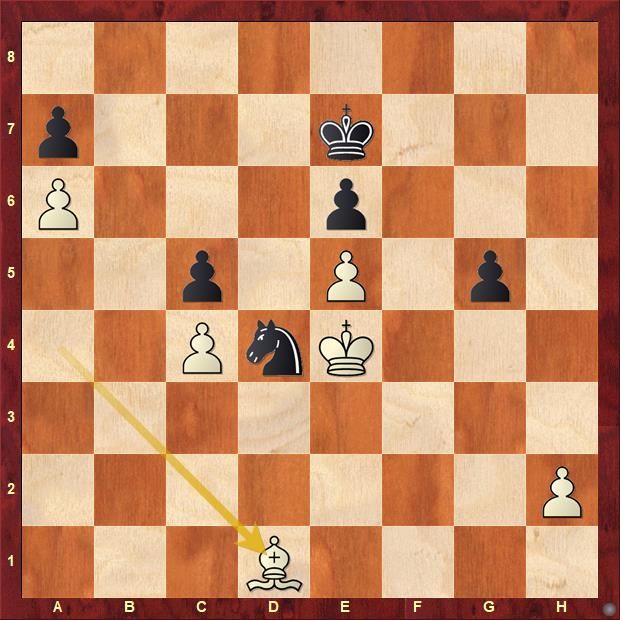 Try to find out what Black could have done after 49.Bd1 to keep her chances. 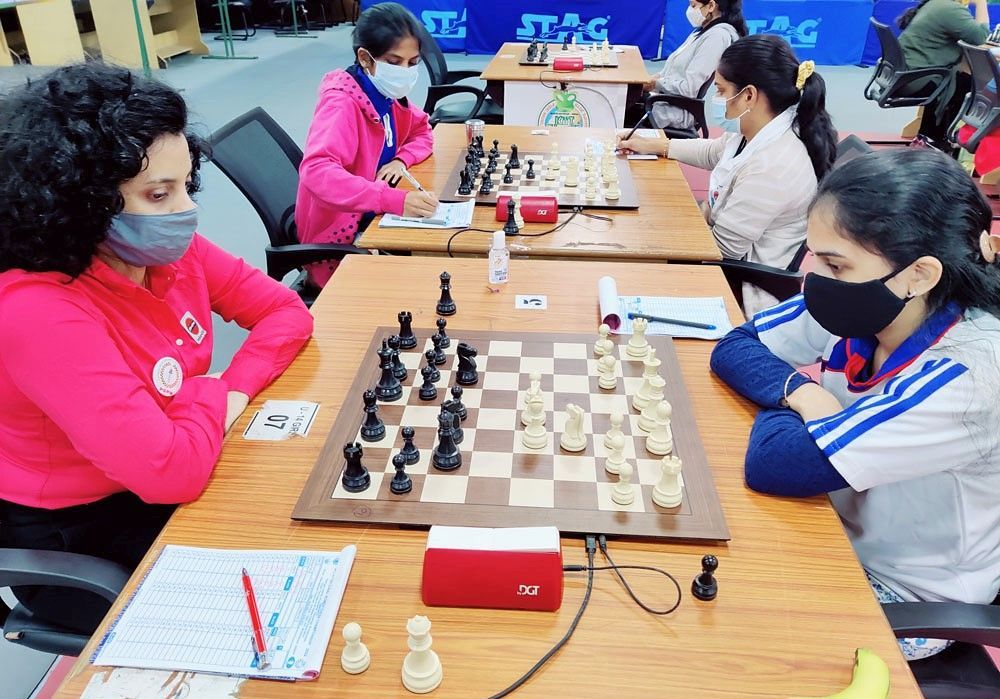 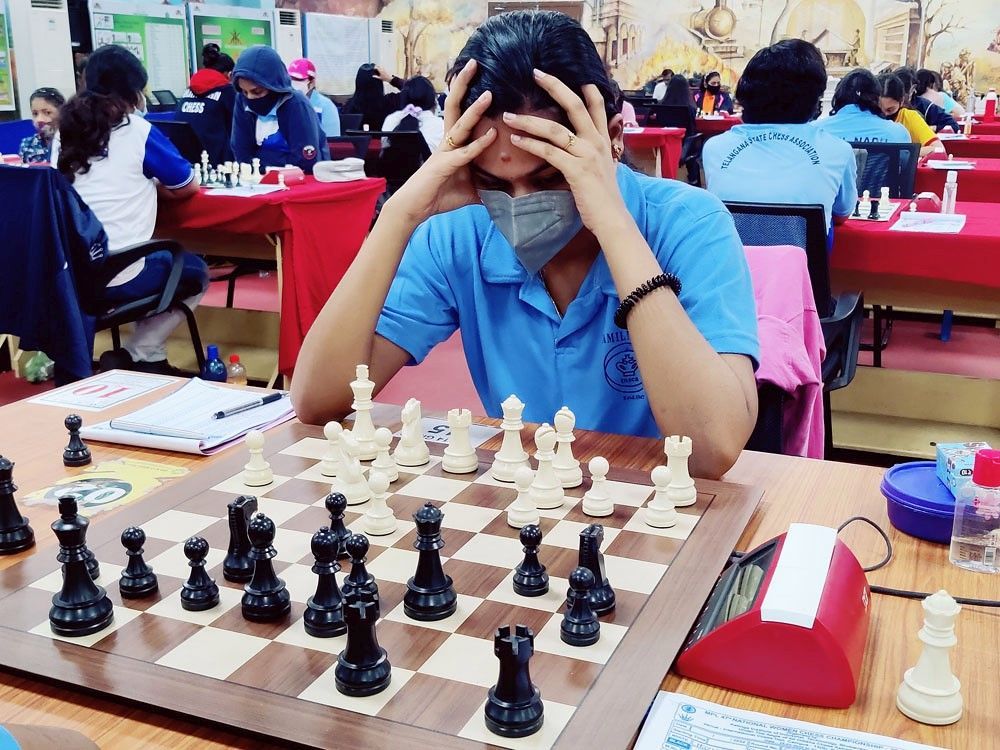 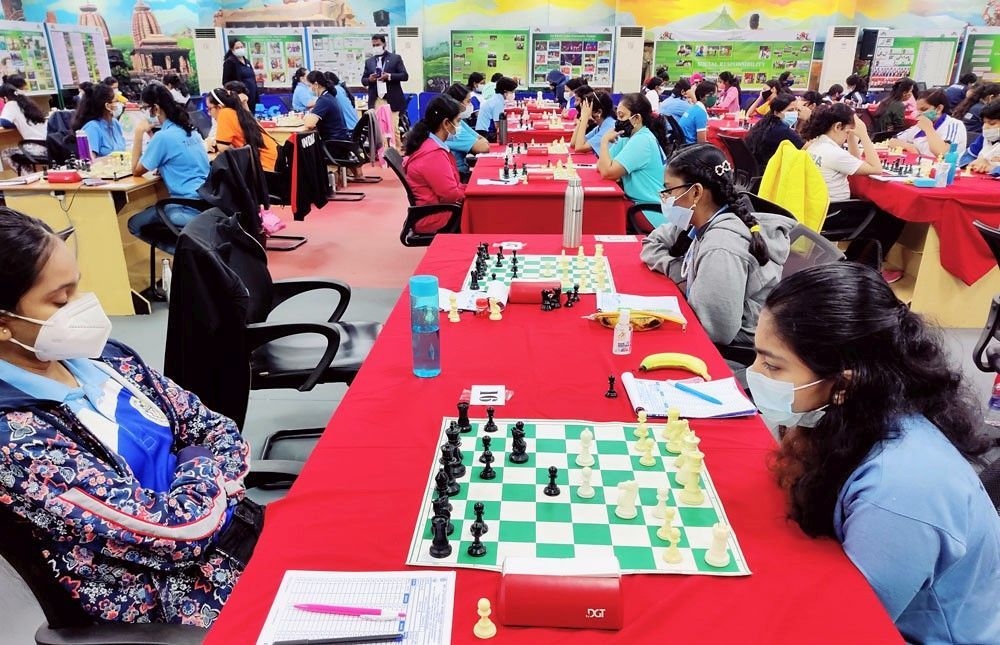 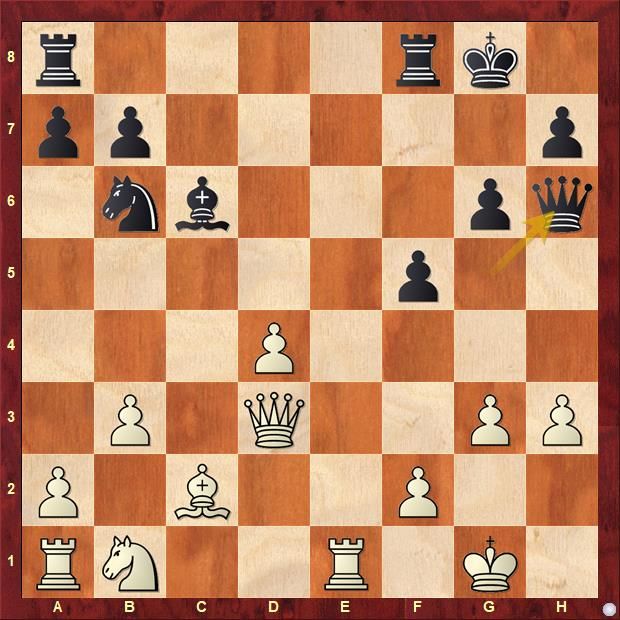 The obvious response is to play 23.Kh2. However, that only allows Black to disintegrate White's position faster, 23...f4. Instead, active defense 23.Nc3 followed by 24.d5 would have not only saved the game but also kept White's chances. 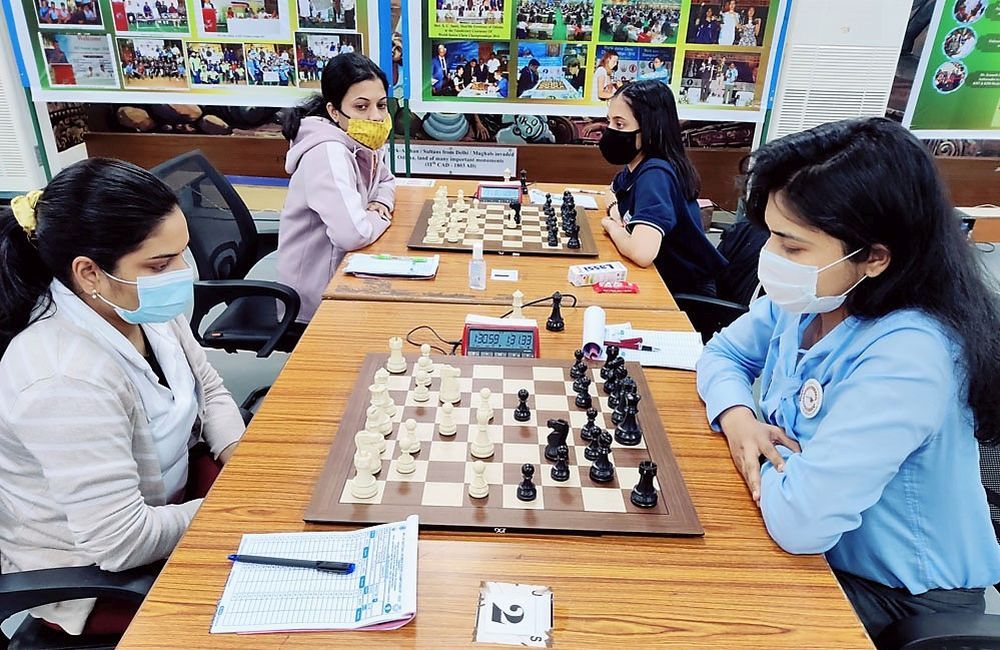 WIM Priyanka Nutakki (AP) quite possibly won the most creative battle of the day against her state mate WIM Mounika Akshaya (AP). 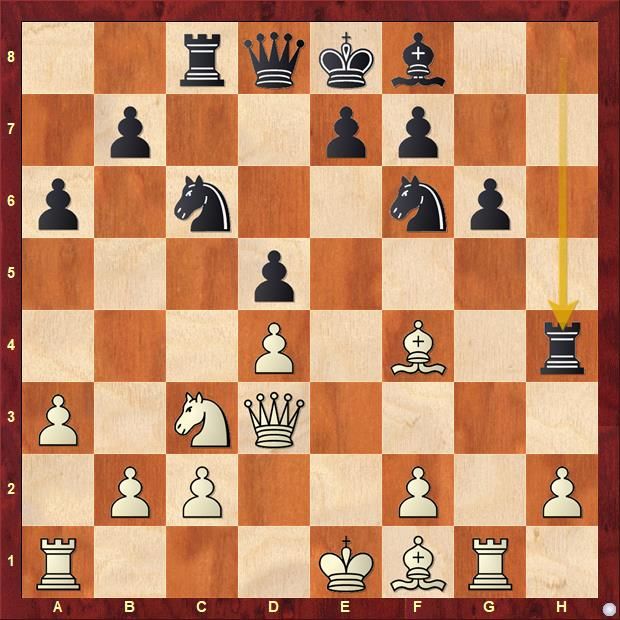 The wildest game of the day was between WIM Priyanka K (TN) and WIM Arpita Mukherjee (WB). The former was ont the brink of victory before she missed it and went on to lose the game. 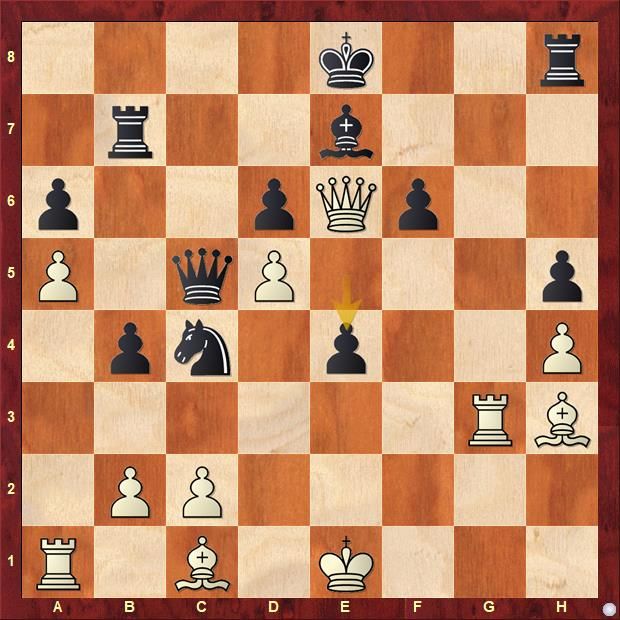 Find out the winning continuation for White after 27...e4. The game continued 28.Bf5 Ne5 29.Bxe4 and soon things turned completely into Black's favor. 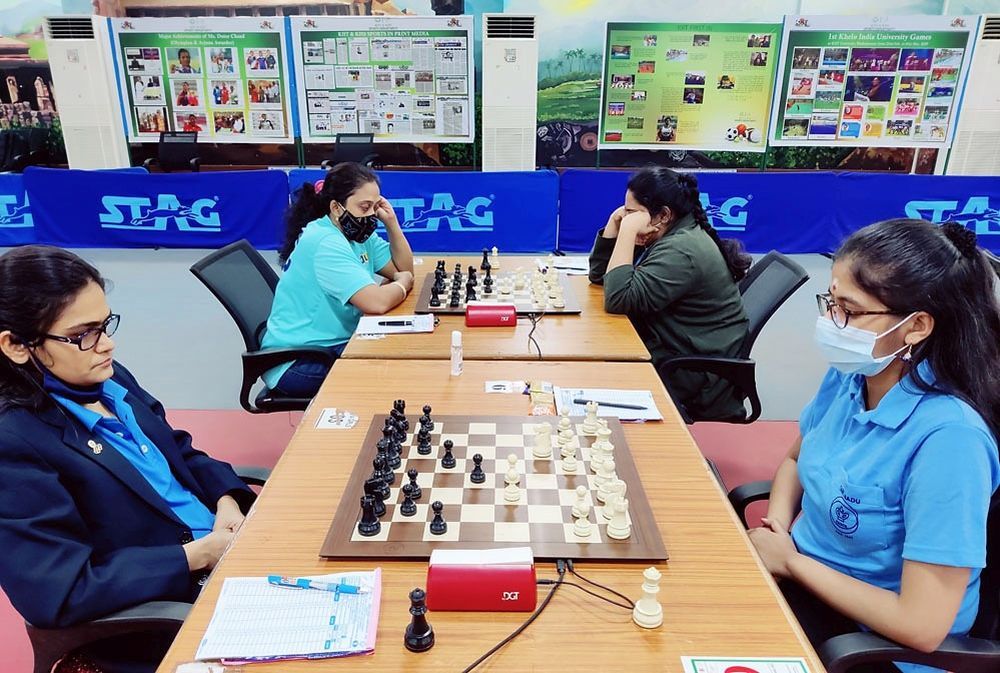 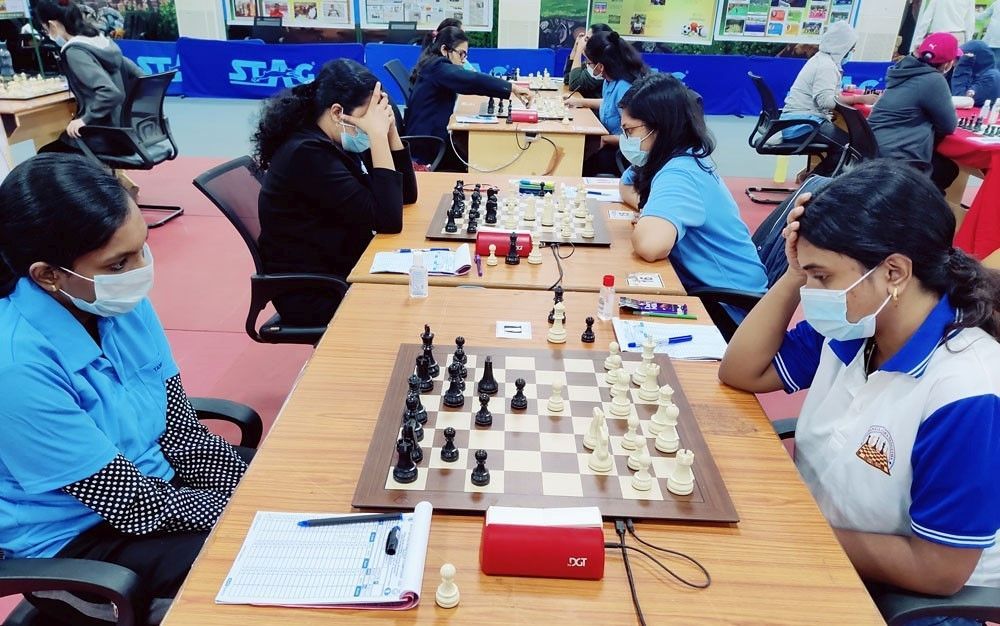 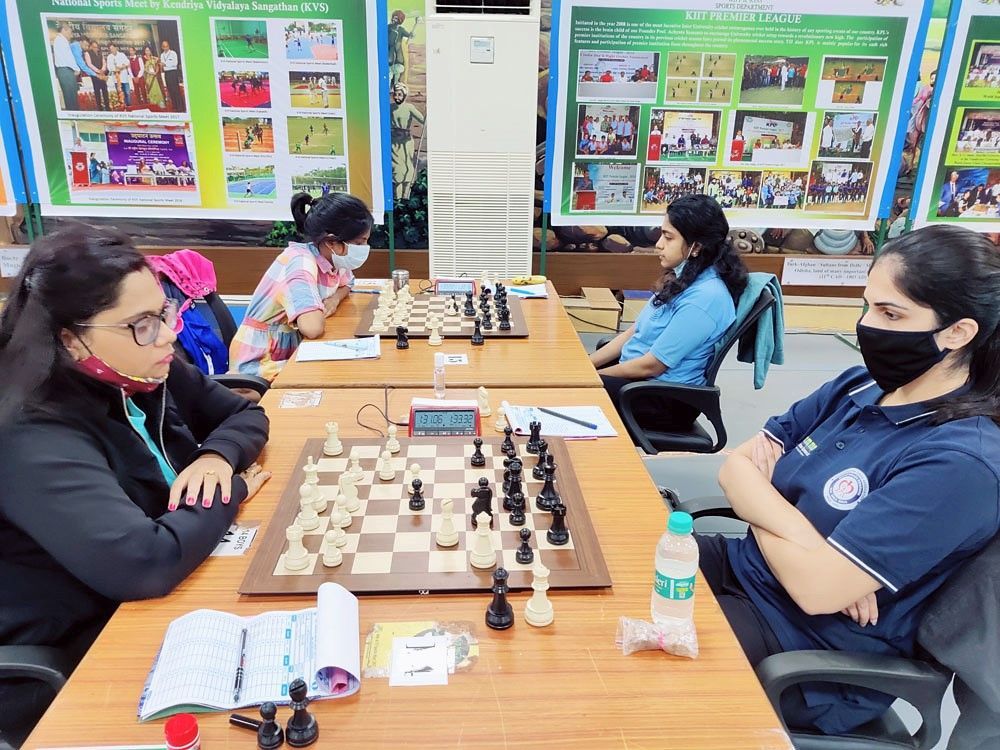 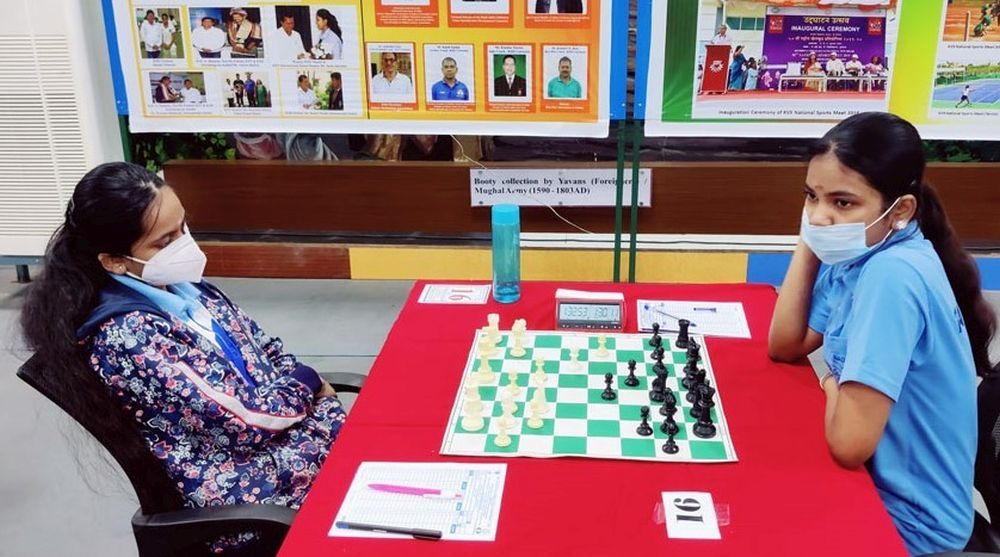