After a rest day, Magnus Carlsen has come back stronger than ever! The World Champion beat Peter Svidler 2.5-0.5 in the first of 3 matches by winning both his Black games! In a show of brilliant risk-reward judgement Carlsen critically opened his king in game 1, but understood that disrupting the psychological balance in his favour would reward aplenty, and he outplayed Svidler to win in 27 moves, displaying subtle understanding of the opponent and the positions. Ian Nepomniachtchi beautifully beat Anish Giri in Games 2 and 3 after being tortured for 131 moves in the first game, playing remarkable chess in positions with disrupted material balances to throw Giri off his tracks. With 2 matches to go, both Giri and Svidler need to win on demand to progress to the Finals. An illustrative report by Tanmay Srinath.

After the rest day, the Legends of Chess event entered its Final 4 phase, where the top 4 players play each other in a best of 3 matches format, each match consisting of 4 games played at a time control of 15 minutes + 5 second increment from move 1. The only addition to the previous format is that on a 2-2 tie the players will first play 2 blitz games with a time control of 5 minutes + 3 second increment from move 1, and only then move to the Armageddon. With Carlsen and Nepo taking the first match quite easily, it remains to be seen if Anish Giri and Peter Svidler come back strong in the next two matches.

Magnus Carlsen can be said to have had many phases in his career. Phase 1 started when he got his rating and continued till he reached around 2700, when he gambled material like Tal in his games and played super aggressive chess. Phase 2 started around 2008-9, when Magnus slowly diversified his chess style, and became more of an endgame specialist, almost never losing and winning long games using his physicality and accuracy. Phase 3 started soon after the London Match in 2018, when Carlsen realised that his style just won't give him the results he desires, and switched to a truly all-round game based mostly on the initiative, combining the daring of his youth with mature technique of his World Championship years. If there is one thing common in all these 3 phases, it is his subtle understanding of the psychological nature of chess. Time and time again he is known to play moves that are very uncomfortable for the opponent to phase, and this match against Svidler was no different.

One can either call his decision on move 15 brash underestimation of the opponent, or a brilliant ploy to gain the psychological initiative: 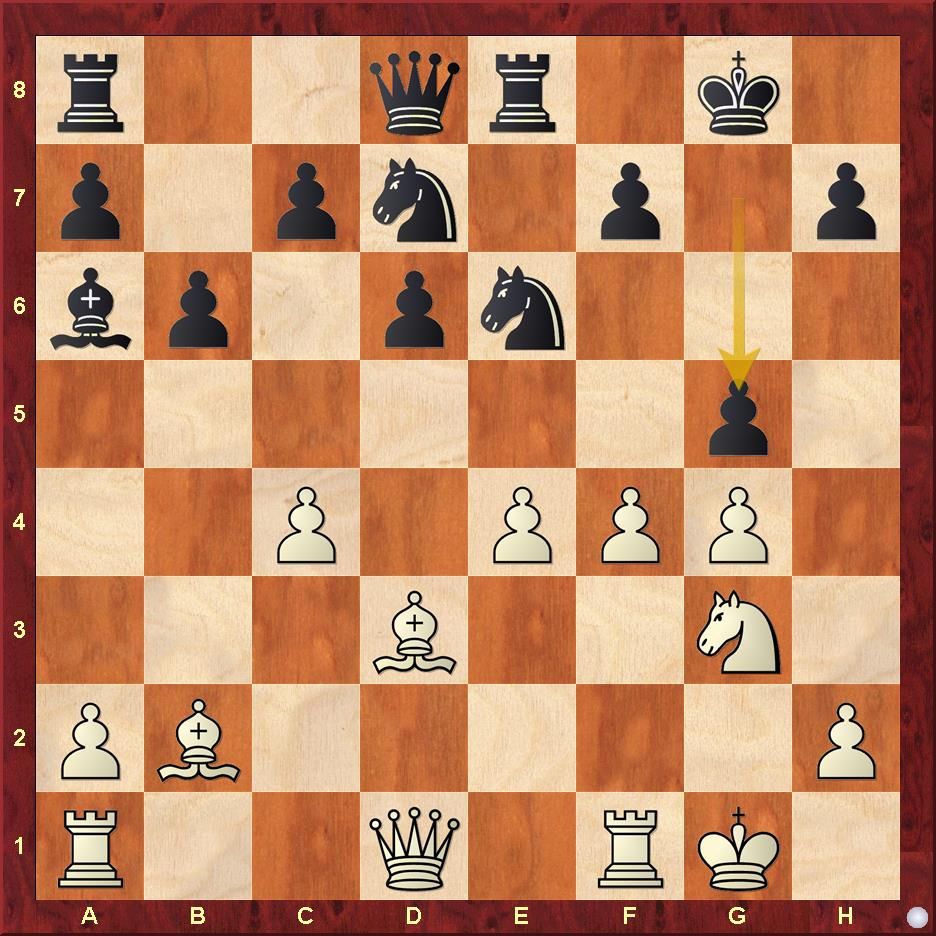 As Jan Gustafsson remarked in the commentary room during the match, this is not what they teach you when you are improving as a player! Is this utterly brazen move sound? Nope! But did it work? Yes!

Peter Svidler was stunned by Carlsen's attempt to gain squares for his knights, as evidenced by his reaction to the move 15...g5!?:

It was like a deer staring at the incoming headlights of a speedy truck. Peter blundered in just 2 more moves: 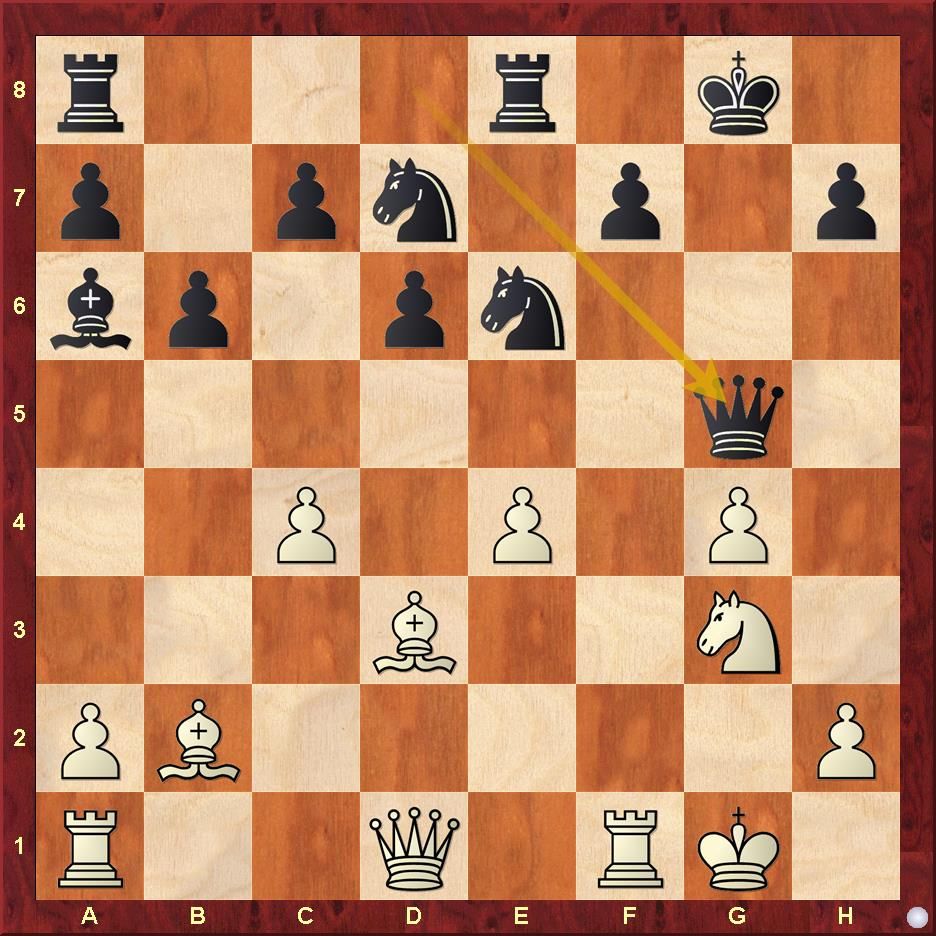 White to play. There is a way to refute Black's play, but it's definitely not the game move17.Rf5? Qe3+!, after which the knights trample White's position. The solution can be found below.

Game 2 saw Svidler create a mess with his sacrifice - a material one that is!: 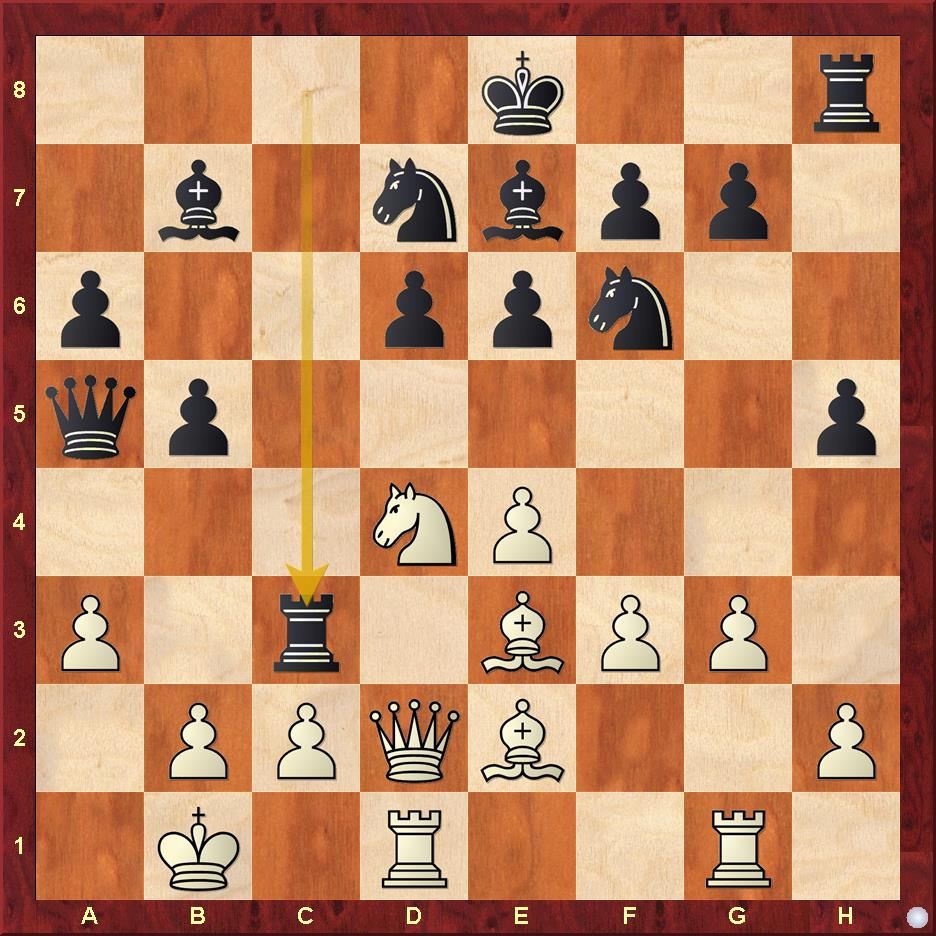 This thematic Sicilian Exchange sacrifice is completely justified, and soon resulted in an unbalanced endgame.

Rather surprisingly Carlsen chose the wrong square for his king when Svidler erred and gave him a chance: 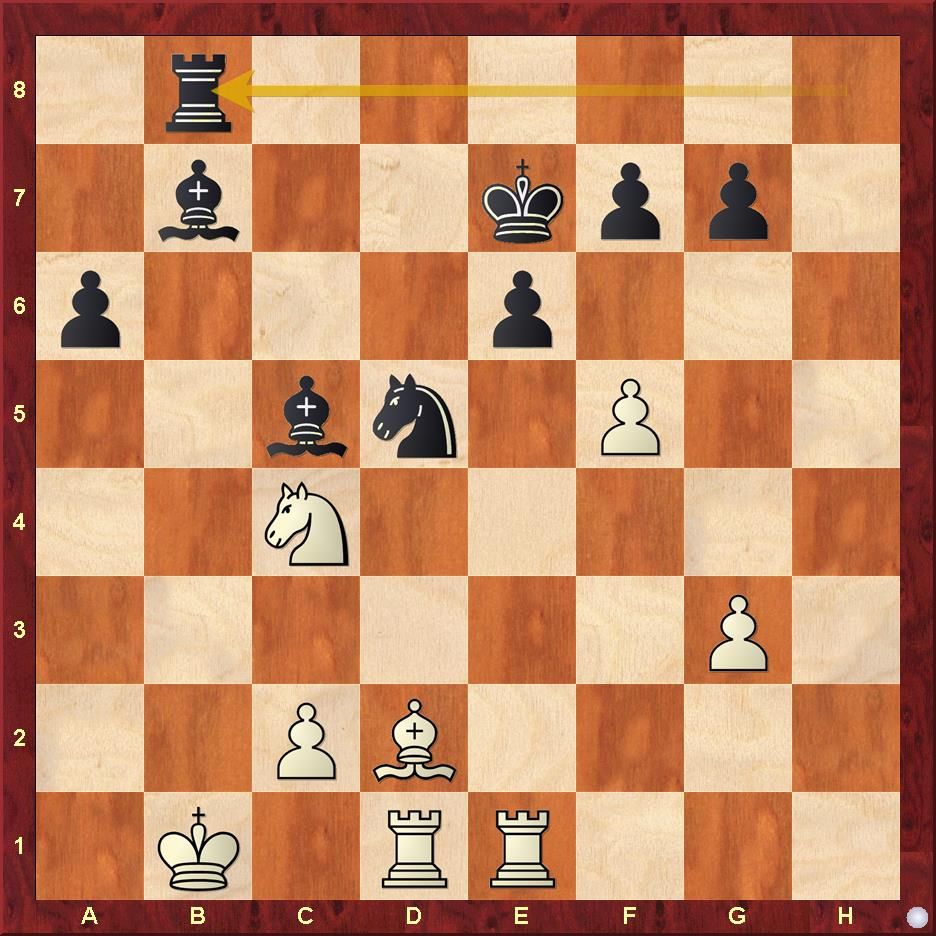 Under the pressure to win back a point with the White pieces, Svidler decisively erred move 21: 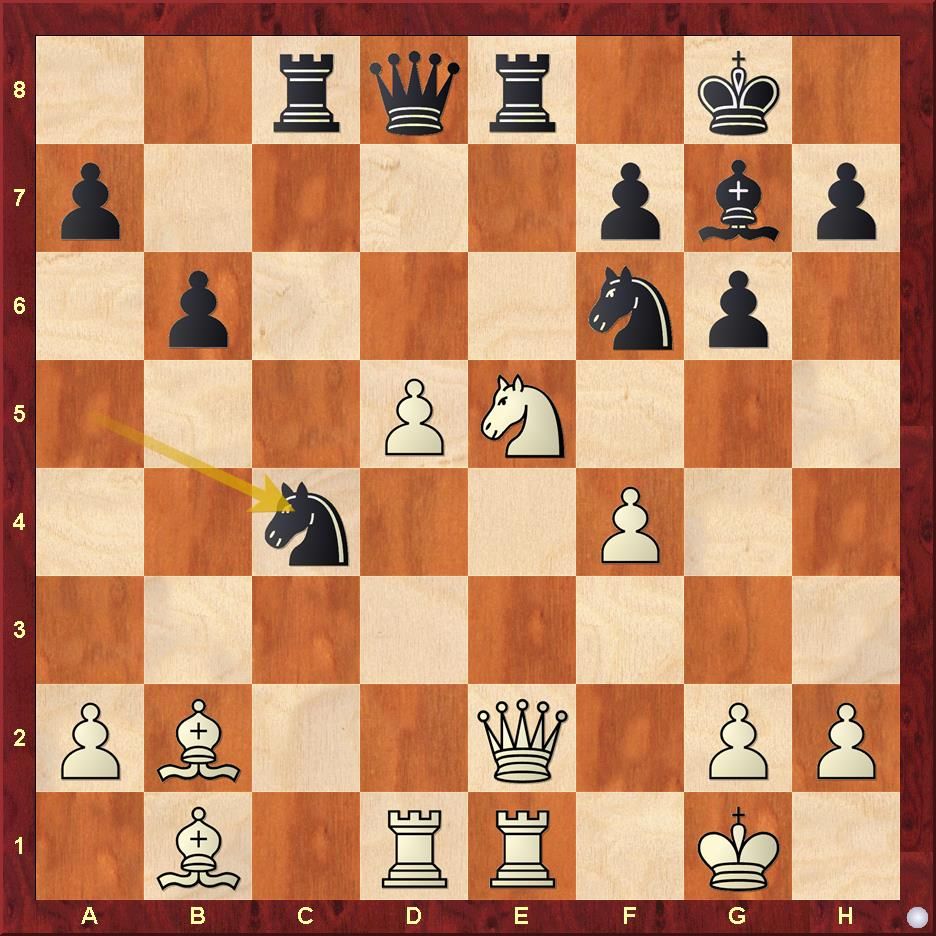 It's clear that White has over-extended his position, but it is still not too late to realise that you don't have anything in this position and begin damage control - 21.Bd3! is the only way to keep equalising chances. Instead after 21.d6?! Nd7! here 22.Bd3? is just a blunder as after Nxb2 23.Qxb2 Rc5! Magnus wins both the d6 and f4 pawns, and Svidler resigned on move 27.

In a match that saw the longest game of the tournament till now, Nepo had surprisingly high energy levels left, as he came back from the brink to draw Game 1, beautifully won Game 2, and did a Nepo in Game 3 - he pressed his opponent on the clock until Anish blundered big time! 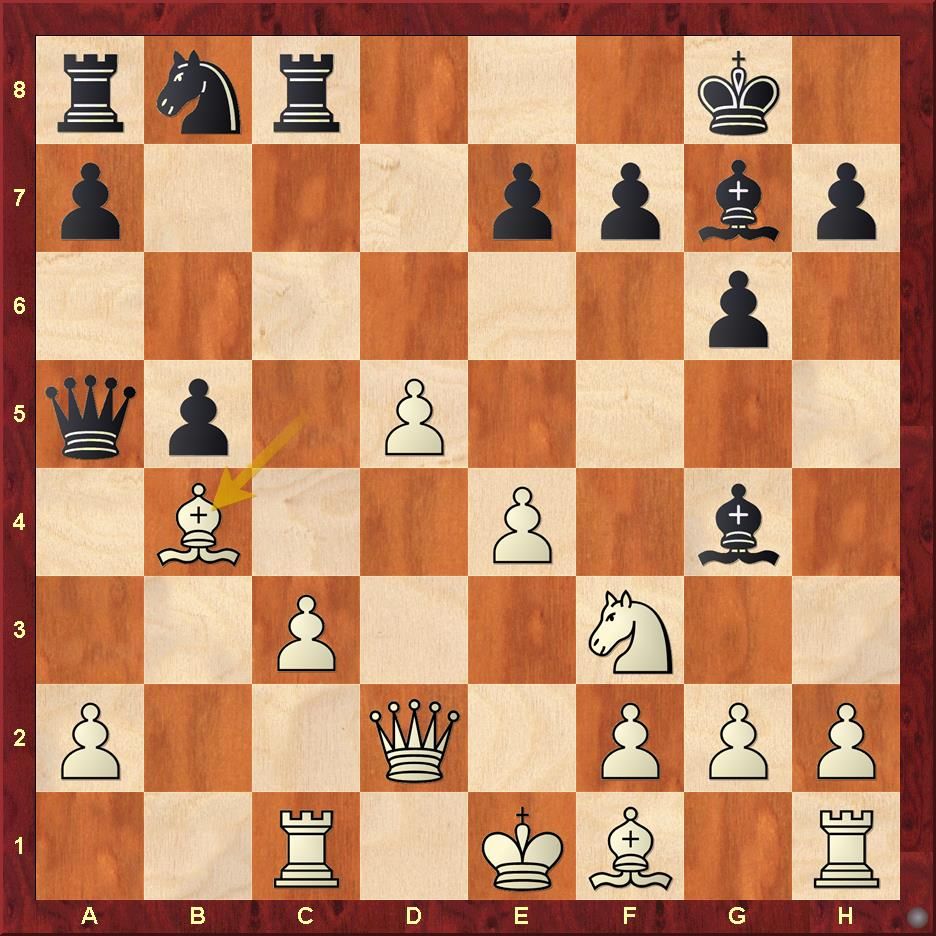 Giri however failed to take his chance: 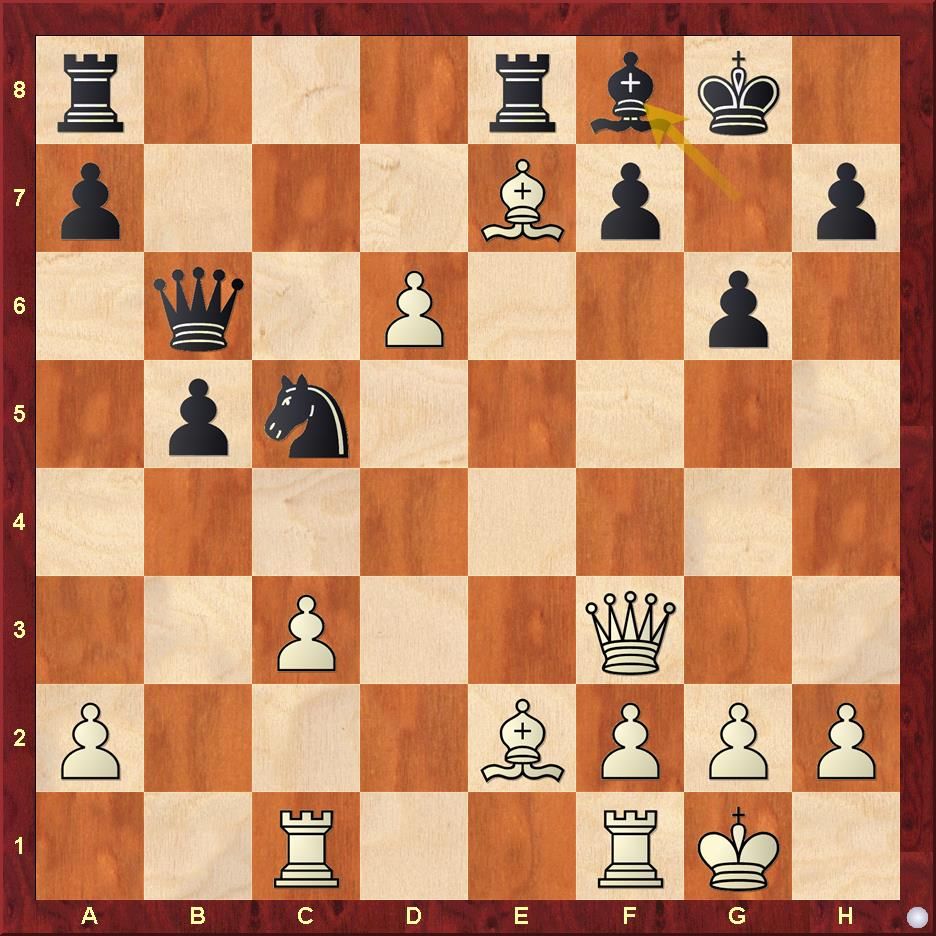 21.Bxf8! Rxf8 22.c4! is the only way for White to retain a significant advantage, with the point being that the d6 pawn is kept alive, and remains a thorn in Black's position. Instead Anish chose to play 21.Rb1?!, which relinquishes most of his advantage, and only managed a draw despite playing on for the next 110 moves(!).

An invigorated Nepo won Game 2 in some style after correctly sacrificing his queen to force a two result game: 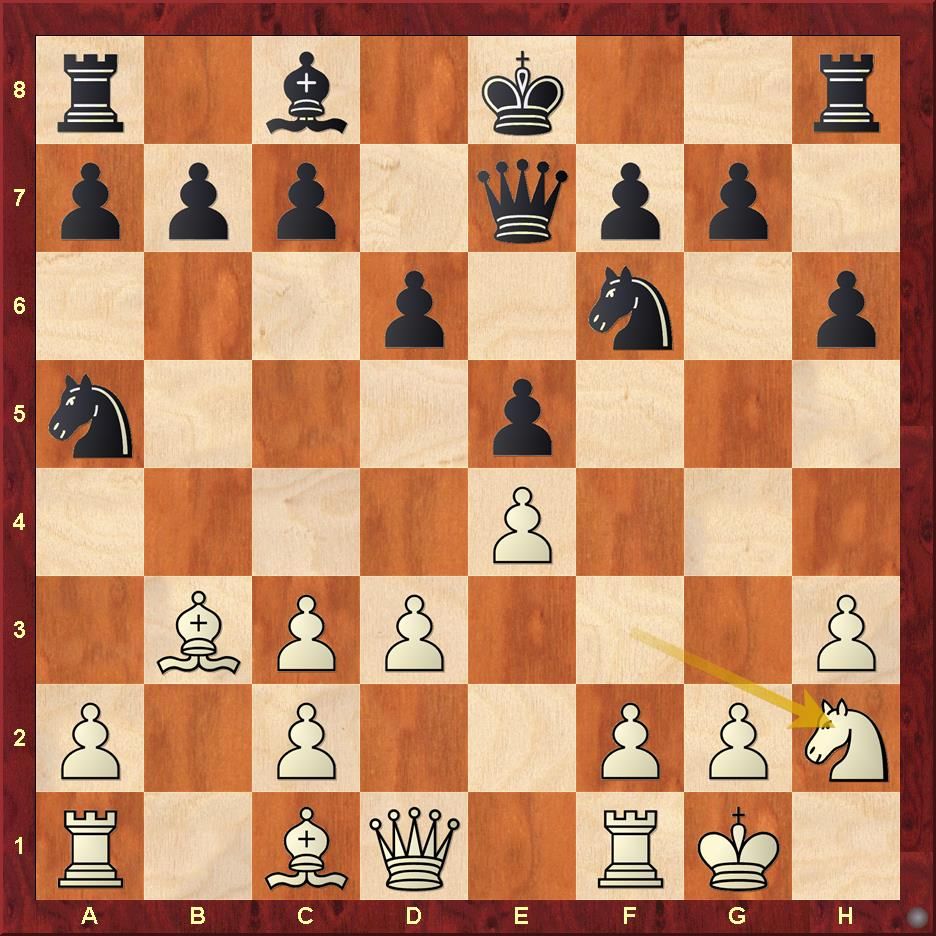 This was the chance that Giri had to take - 10...g5! is the best move and positionally justified here as White plans to play f4 to open the center. Instead after 10...Nxb3?! the open a-file only added to Black's problems. 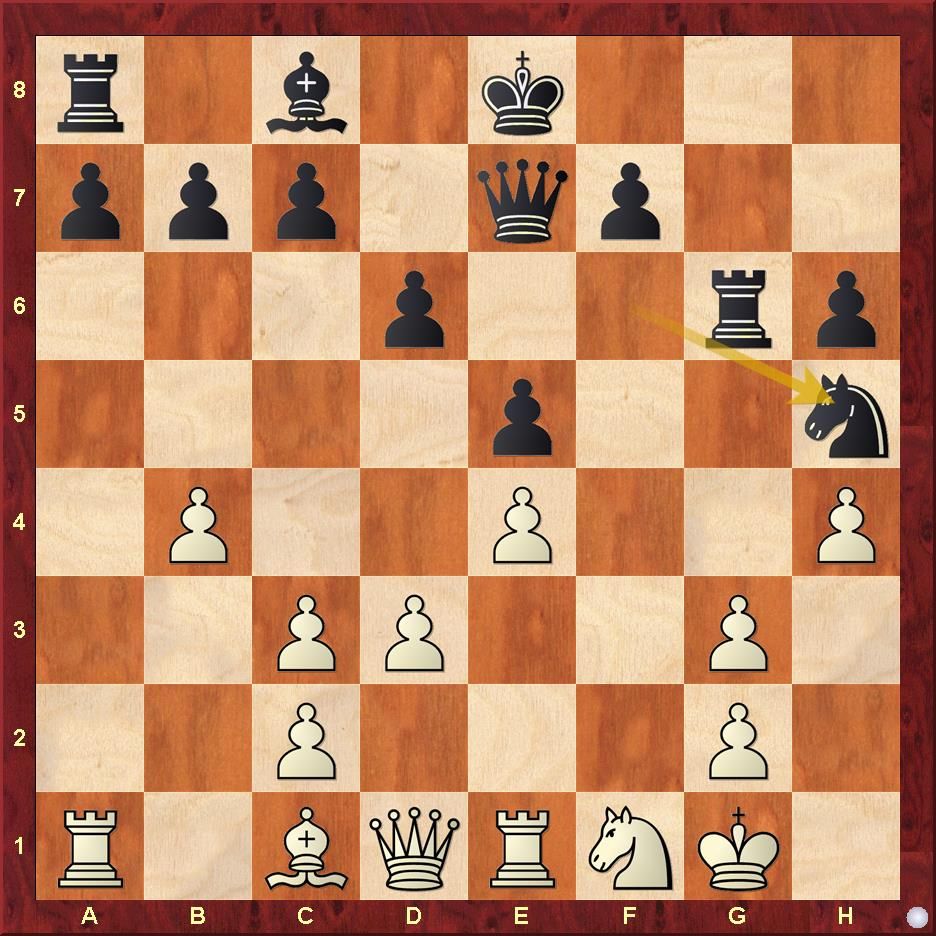 Game 3 saw the same Grunfeld line being repeated from the 1st game, but Nepo correctly chose 13...Qc7! and equalised. Giri invested a lot of time, which meant that at the critical moment he could not find the win after a typical Nepo gamble: 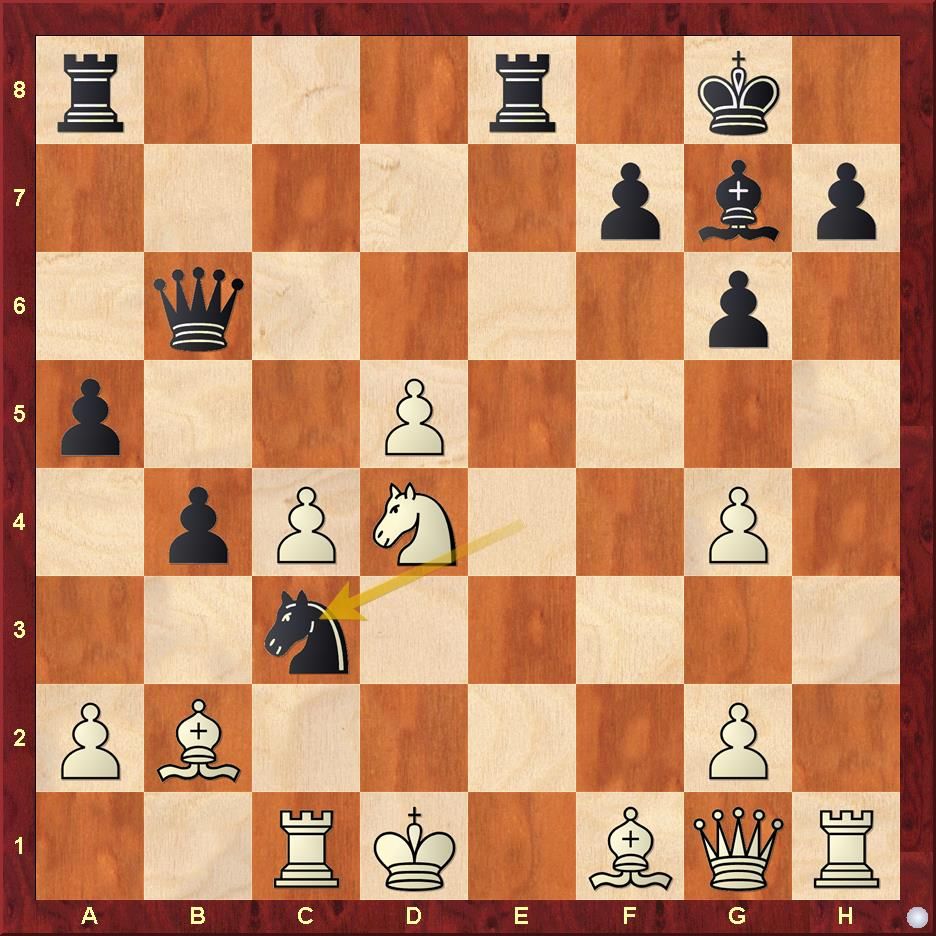 24...Nc3+? was an unnecessary move by Nepo, when simple chess with 24...a4! would have kept the pressure on White. Here Anish had the chance to consolidate effectively with 25.Bxc3 bxc3 and now not the game move 26.Nc2? Qf6(next diagram) but the surprising 26.Nb5!, after which White is clearly winning. 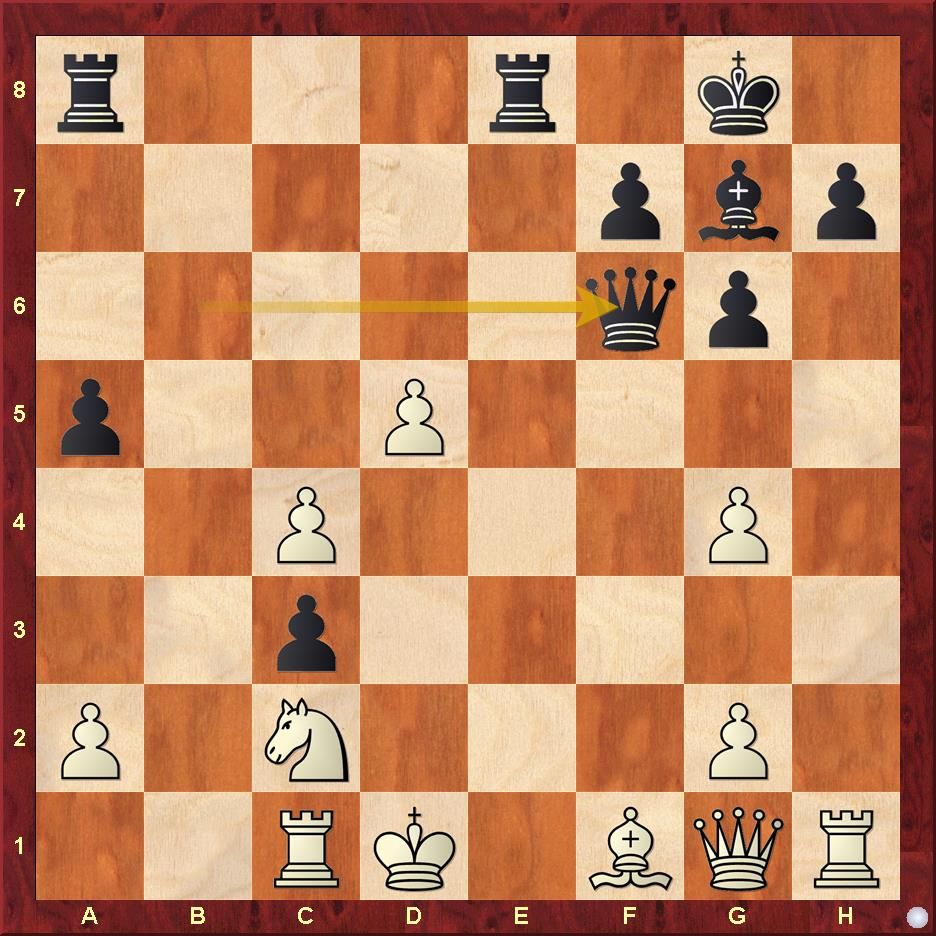 27.Qd4! performs damage control and keeps the game level. Instead, after the strange 27.Rh2? Rad8(?!, Bh6! was cleaner) Black is winning by force, and Nepo made no further mistakes in bringing home the point.
Results after Match 1/3 in the Semifinals
Related news: