Nepo vs Carlsen in Blockbuster Finale! | Legends of Chess Final 4 Round 3

A tale of grit and rigour will be decided in a match between the two best speed players in the world! After losing the 2nd match by the slimmest of margins, Ian Nepomniachtchi won his 3rd Round Match against Anish Giri 3.5-2.5 to set up a dream final with Magnus Carlsen. It wasn't a smooth ride for Nepo, whose speed of play often resulted in painful mistakes, but his resourcefulness more than compensated for this drawback, as he saved 4 bad positions in the first 4 Rapid games. Anish Giri kept getting brilliant positions out of the opening from both colours, but his usually superb technique was missing from action, as Nepo remarkably saved lost positions, which he followed up by playing beautifully to win the second Blitz game and go through to the finals.  Tanmay Srinath brings forth an exhaustive report. 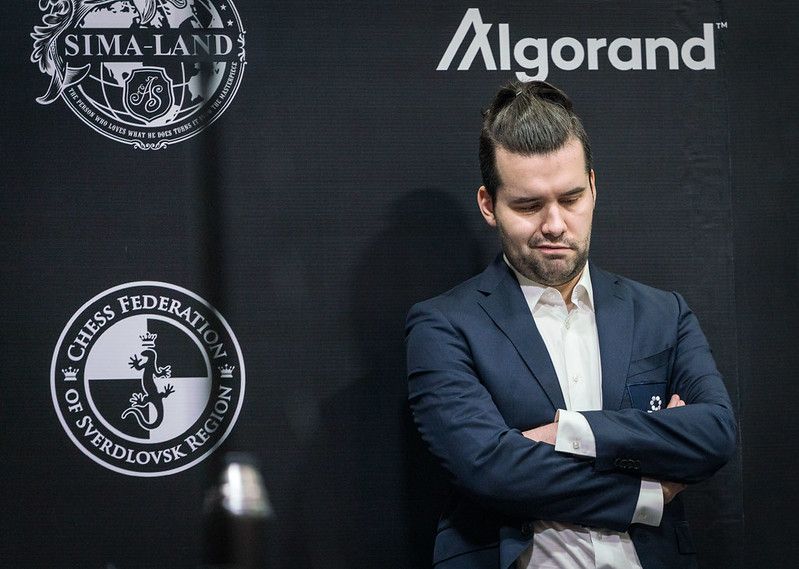 The best practical player in the world? | Photo: FIDE Candidates 2020

This is a match where the scoreline never tells the whole story. First of all, Ian's opening preparation was either inspired or complete rubbish, as he twice went for the same dubious line as Black: 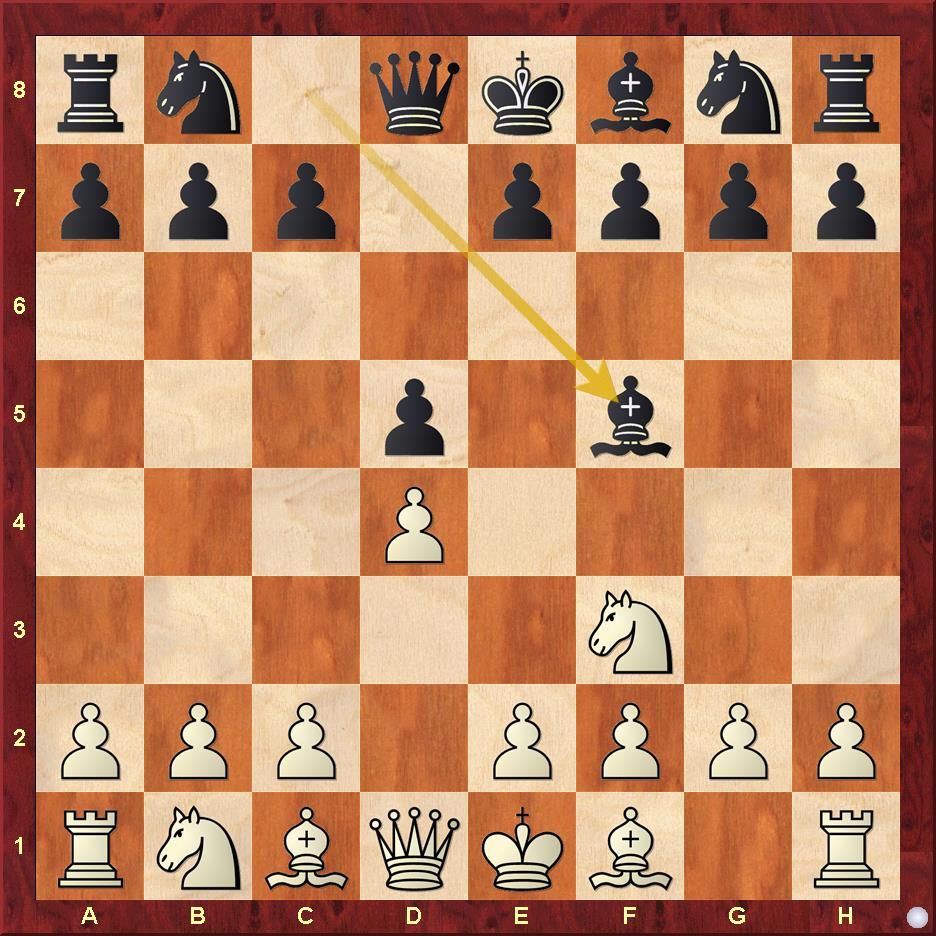 A Reversed opening is often playable when you take a Black defense and play it as White a tempo up, but playing the London (which is in itself not a great opening) a tempo down is either super creative or plain bad!

Game 1 saw Anish play brilliantly to get a serious advantage against this reversed London, but at the decisive moment he began to go off the hinges: 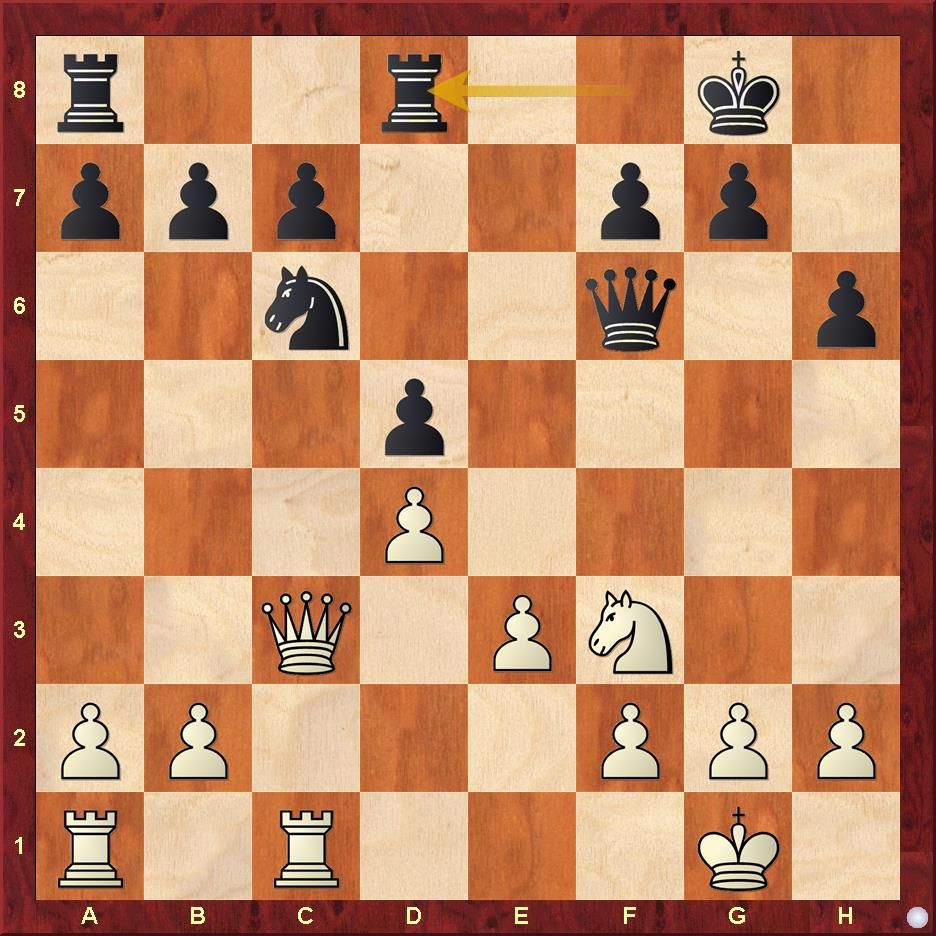 In an equal material position Black is close to busted because of one reason - the horrible piece on c6, which doesn't influence the game and can't even relocate itself. Giri should have taken advantage of this fact by playing simple chess - 15.Qa3! keeps unpleasant pressure in the position, and Black will sooner or later crack under the strain. Instead, 15.Ne5?! was clearly a step in the wrong direction. Nepo took full advantage of the miss to escape.

Game 3 was similar - Anish got a completely one sided advantage as White, perhaps technically winning as well, but he failed to regroup his pieces in the best possible way: 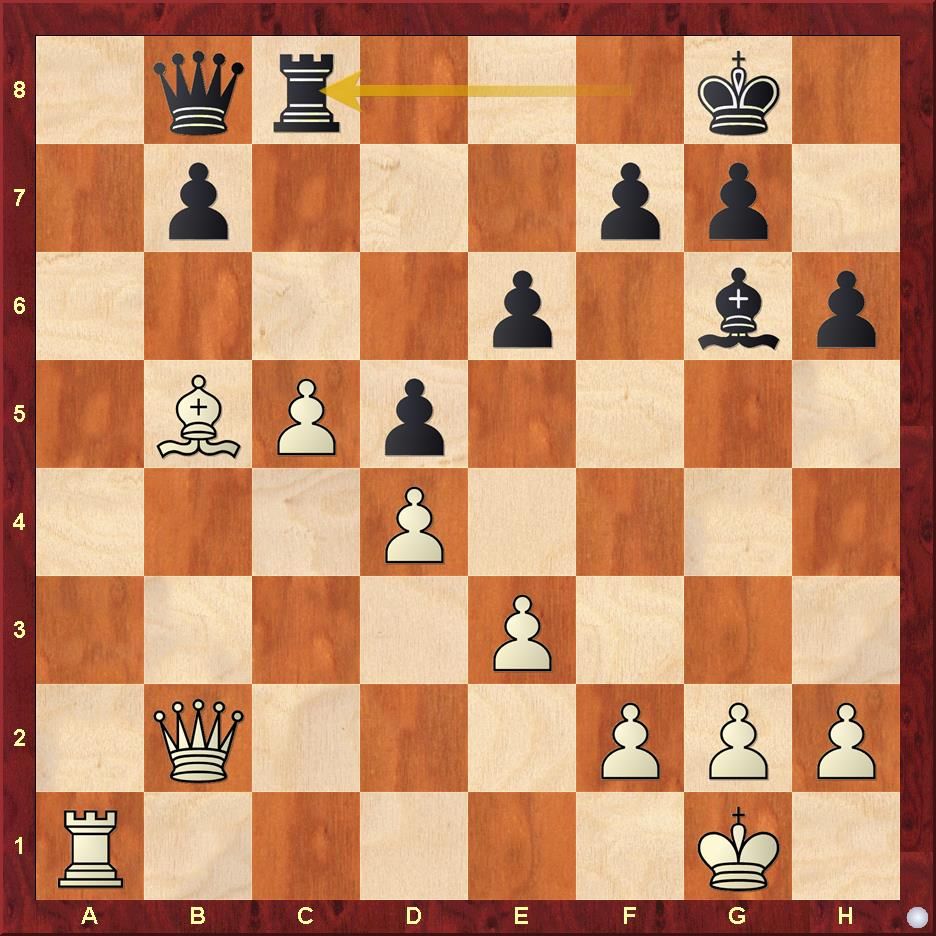 The correct placement of the pieces goes something like this - White plays Bf1 to tuck the bishop away and safeguard his king. He then puts his queen on b3, discouraging e5, or attacking d5 if Black gets in e5. Finally the Rook goes to b4 via a4, guarding the relatively weak d4 pawn and adding extra pressure to the b7 pawn. If White gets all this in he should be winning, and indeed after 27.Qb3 I don't see a defense for Black. Instead, 27.f4?! only gave Black additional chances after Be4! Perhaps Anish wanted to prevent e5, but it was not necessary to do so.

It wasn't just Anish who missed good chances. Nepo too failed to take his chance in Game 2: 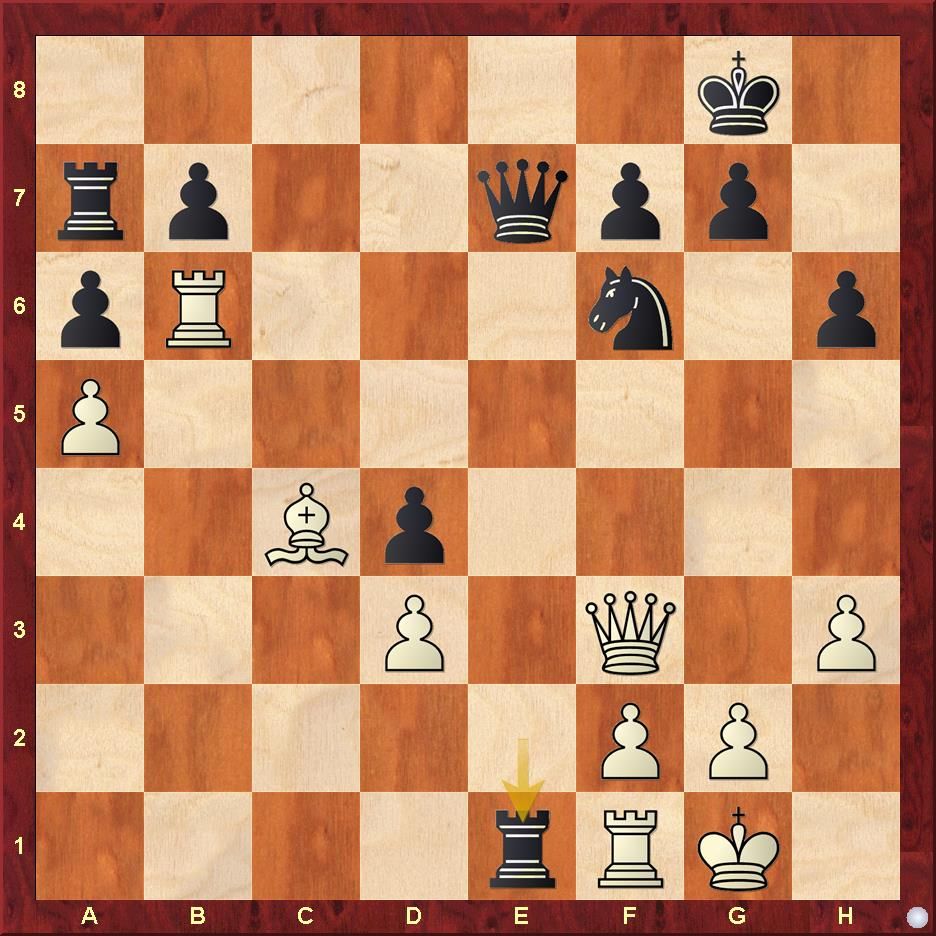 Instead of the tepid 30.g3?!, the more aggressive 30.Qg3! was the way to go, pointing out that Black is simply unable to defend his weaknesses on the queenside. White retains a large advantage after the correct 30.Qg3! because of his superior pieces, especially the monster on c4 compared to the purely defensive Nf6.

Anish got his chances later in the game, and as Anatoly Karpov assessed correctly in the commentary room, Black should have kept the minor pieces on: 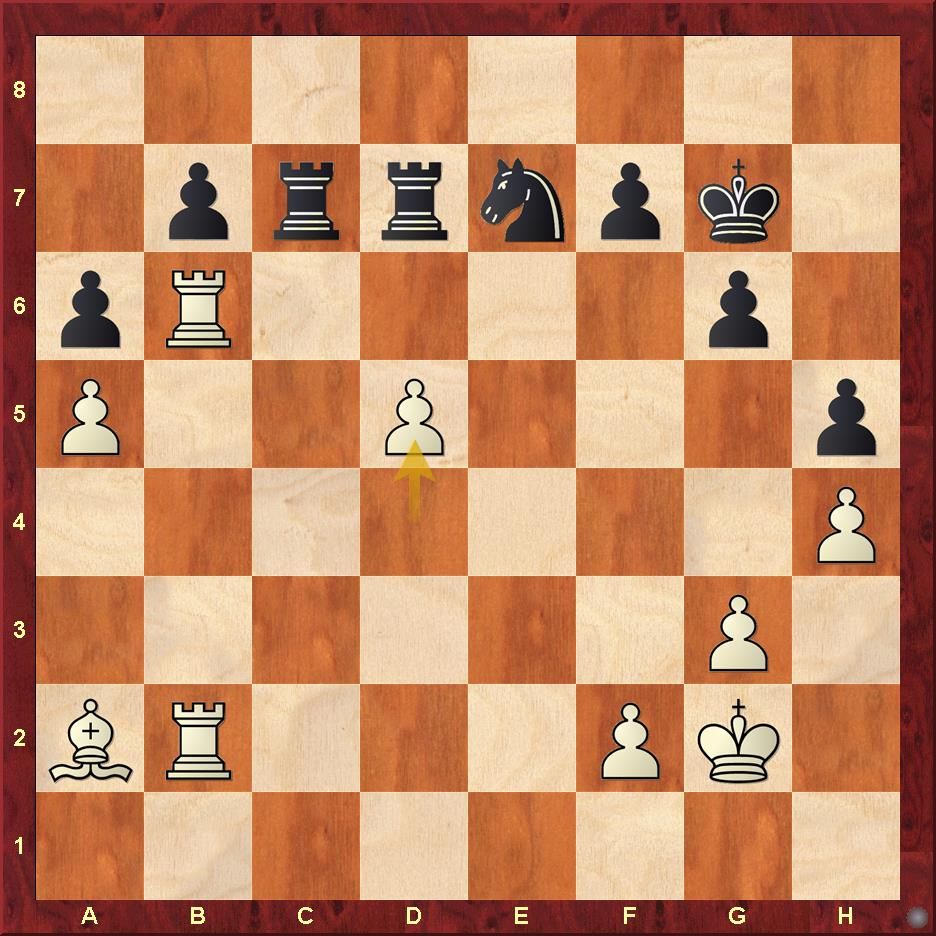 The knight is a superb blockader, and here we can see it in action - Giri should have tried Nc8! with the idea of getting the knight to d6. Fat Fritz suggests giving up the d6 pawn immediately with d6!?, but after Nxd6 it is not clear if Nepo can hold it in a rapid game. Instead Anish chose the pawn up rook endgame after Nxd5, but it is just a dead draw as Karpov and Judit Polgar assessed correctly in the commentary room.

Game 4 saw Nepo return to 5.Re1 in the Berlin, the most critical try against 3...Nf6, but he failed to get anything going, and was even in slight trouble before agreeing to a draw to take the match to the blitz tiebreakers:

The first Blitz game probably decided the match, as Anish did not make the most of his chances yet again: 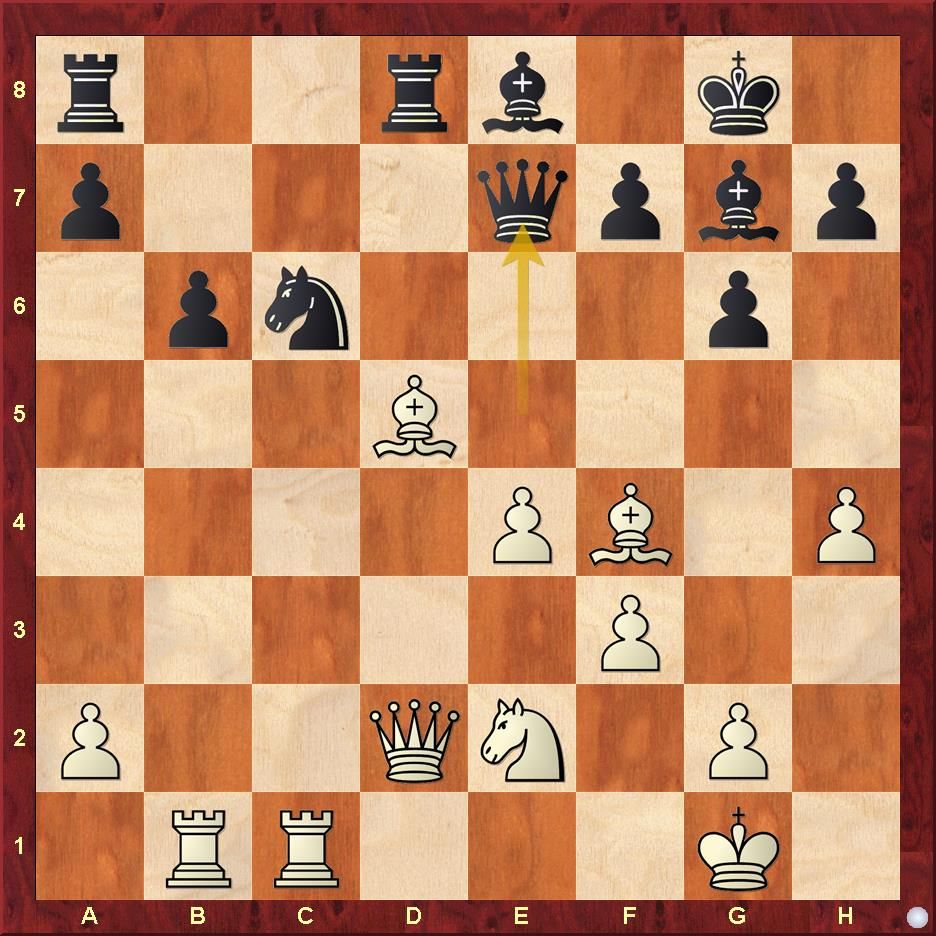 Nepo's Grunfeld has gone terribly wrong, and here I don't see how Black wants to defend after the simple 21.Rc2! intending 22.Rbc1 and utter domination. Instead Anish chose the aggressive 21.h5?!, but I am curious as to why a positional genius like Anish decided to go all in for kingside expansion when simpler means were available.

Later in the game Anish missed a wonderful tactic, and would thank his lucky stars that Nepo didn't play the critical continuation: 31...Qh2+! is the correct path to a huge Black advantage, but the line is very computerish, and one can understand Nepo's decision to simplify to a draw after 31...Bh4+, especially considering that he had White in the next game.

Game 6 finally saw the deadlock being broken, as Giri unwisely took on the role of material grabber and was duly punished: 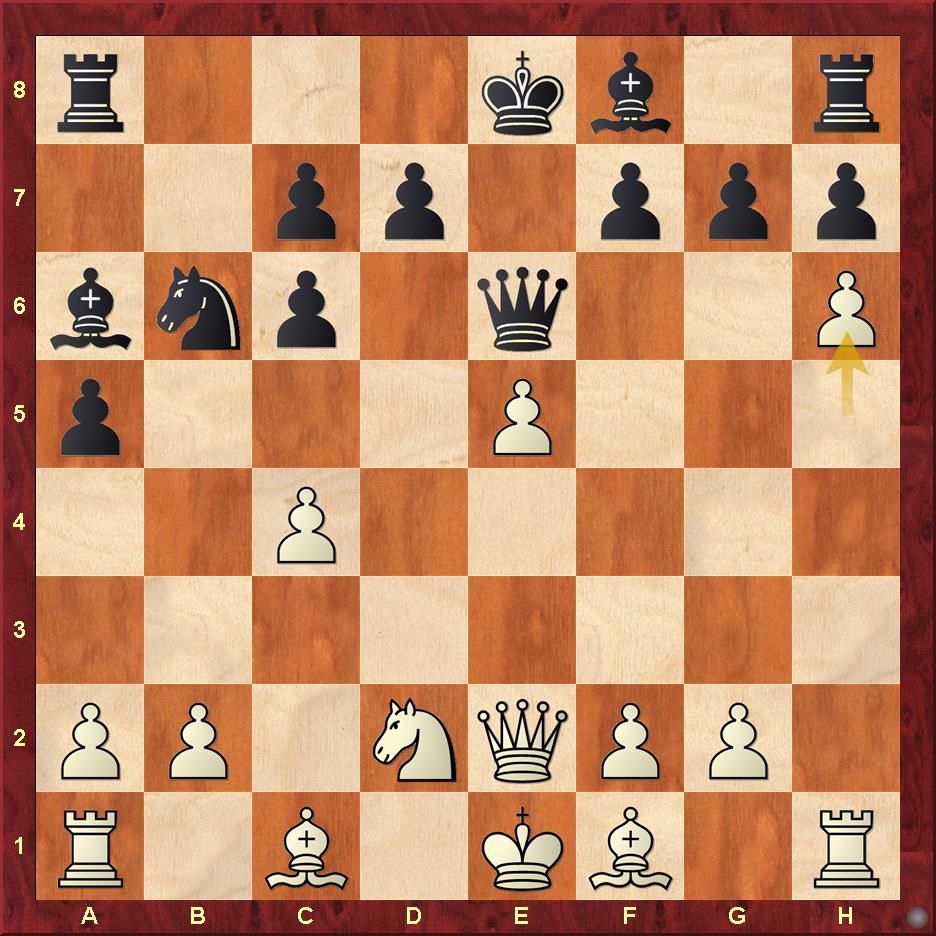 White has flouted development rules to march ahead with the h-pawn, and thus the best way to punish it would be to go 12...0-0-0!, highlighting the lack of coordination in White's camp. Instead after 12...gxh6 13.b3 White had adequate compensation for the pawn, and later went on to win relatively simply despite mutual mistakes.