Giri makes the Final Four | Legends of Chess Round 8

With one round to go in the preliminaries, the Legends of Chess has had 3 out of the final 4 decided. Anish Giri joins Magnus Carlsen, who beat fellow qualifier Ian Nepomniachtchi, despite losing in the Armageddon to Ivanchuk, as his consistent performances in the last few matches sees him make the cut with a round to spare. Peter Svidler bests Vladimir Kramnik to leave himself as the favourite to qualify last with a round to go. Ding Liren conquers Anand with a game to spare, winning both games with Black to regain his confidence for future events. An exhaustive report by Tanmay Srinath.

After a thrilling start to the tournament that saw a lot of surprising results and brilliant back and forths, the Legends of Chess Event has seen a rather anticlimactic end to the preliminaries, with 3 out of the 4 young super GMs in the final 4 phase. The Legends sparkled but suffered in equal measure, with a clear lack of consistency becoming their bane. However, two of the legends Svidler and Kramnik still remain in the hunt, with Chucky still in with an outside chance to make the cut. Boris Gelfand faded after a brilliant start and Peter Leko's technique let him down after brilliant play saw him get numerous chances to beat the best. Ding's abysmal form seems to be getting very slightly better, as Vishy Anand lost both his White games and missed a great chance in his Black game to hand the Chinese No.1 a comfortable win. There is a lot to learn and a lot to savour from this round, so let's get cracking! 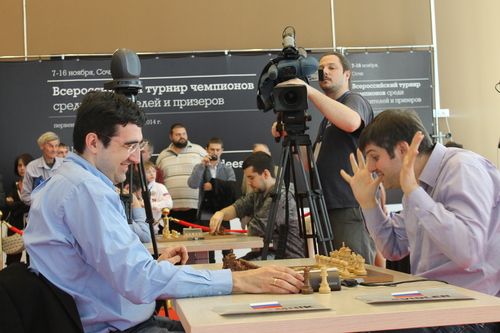 Sorry Vladimir, I get through this time!| Photo: Vladimir Barksy

In a match that could prove decisive in who makes the final four, it is the 44 year old Svidler who got the better of his illustrious peer. The multiple time Russian Champion played better when it mattered most, and Kramnik will be rueing his sudden dip in form after a fantastic first 6 rounds where he stayed right up there!

Game 1 saw Kramnik's 1.e4 backfire for the umpeenth time, as the legend's lack of experience in Open Sicilian structures proved to be his undoing in a sharp middlegame: 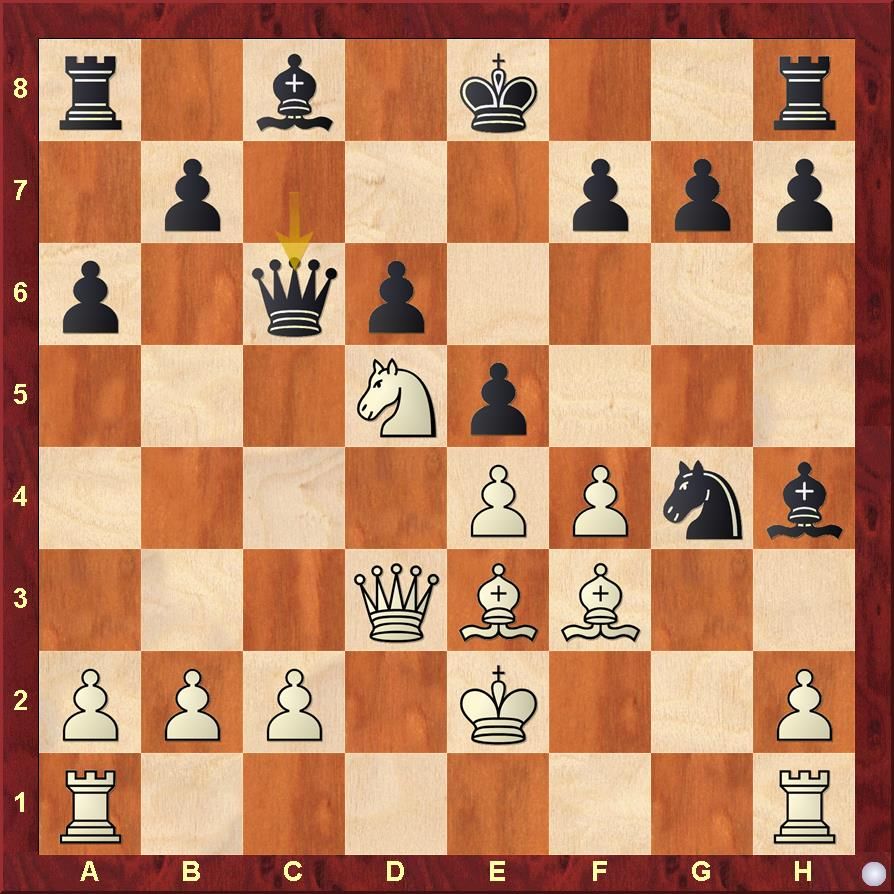 Vladimir had to close the center here with 15.f5!, after which Black is objectively slightly better but not even close to winning yet. Instead, after 15.Rag1, Svidler slowly managed to outplay Kramnik to seal an important point.

Svidler sealed the match with 3 more draws, though none of the games were as smooth as the final result seems to indicate: 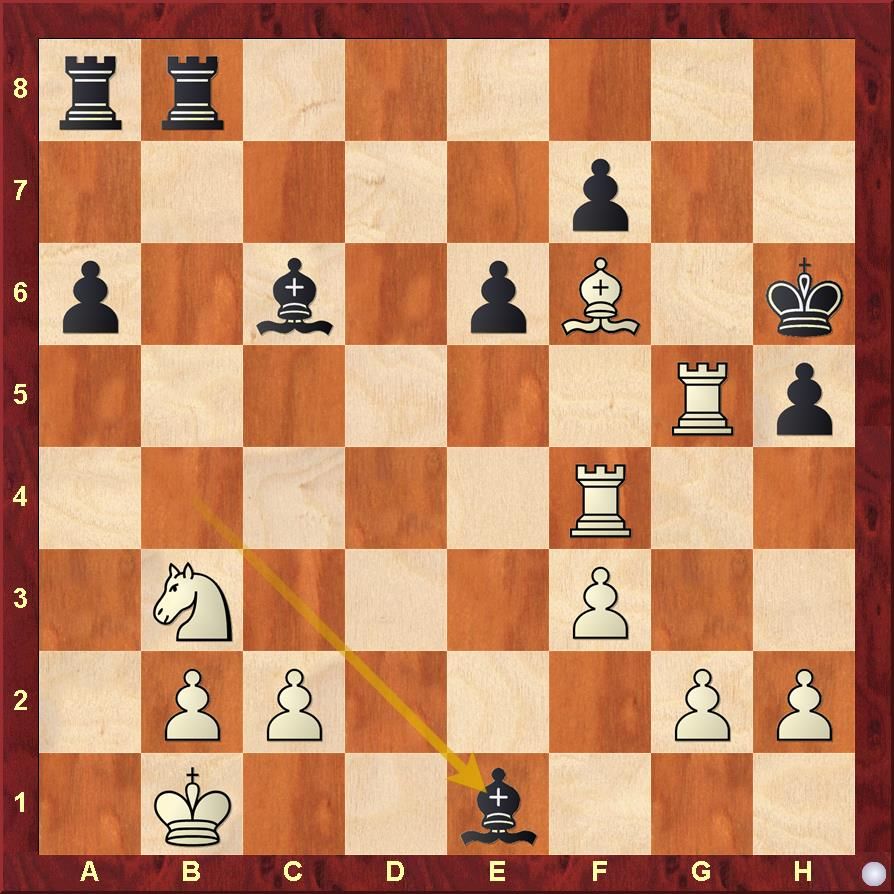 Another Open Sicilian, another great fight, but this time Kramnik played a brilliant game, and is completely winning here. The easiest way to finish the game off is 27.g4!, ripping open the King's shelter further. Instead, after 27.h4? Vladimir was still winning, but Svidler managed to drum up enough complications to save the game. 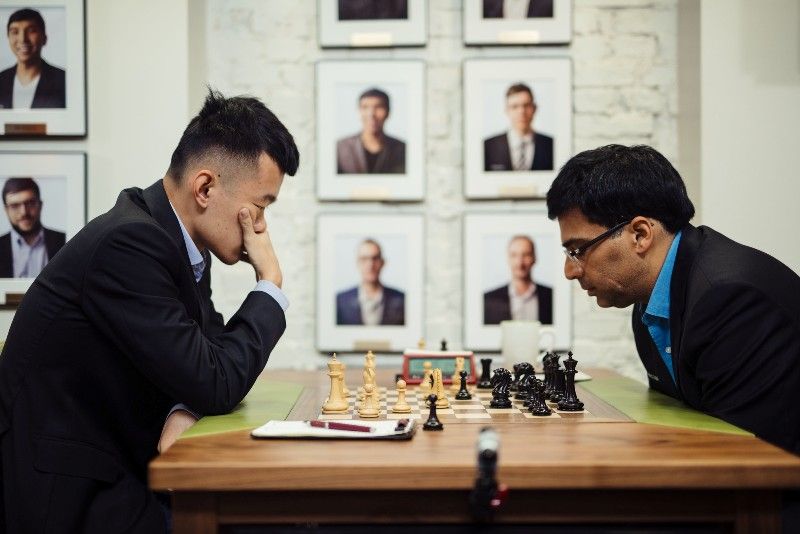 This was a match in which Anand should have fancied his chances. He was playing the man stuck at the cellar of the rankings, and Ding's play in this event had not inspired confidence. However, all that changed in this match, as Ding' ploy to switch to the Najdorf paid off as he won both his black games to seal the match with a game to spare.

Anand's ploy to take the battle to Ding with White did not quite pay off this time round, as the Chinese star's super accurate play served him well in two sharp encounters: 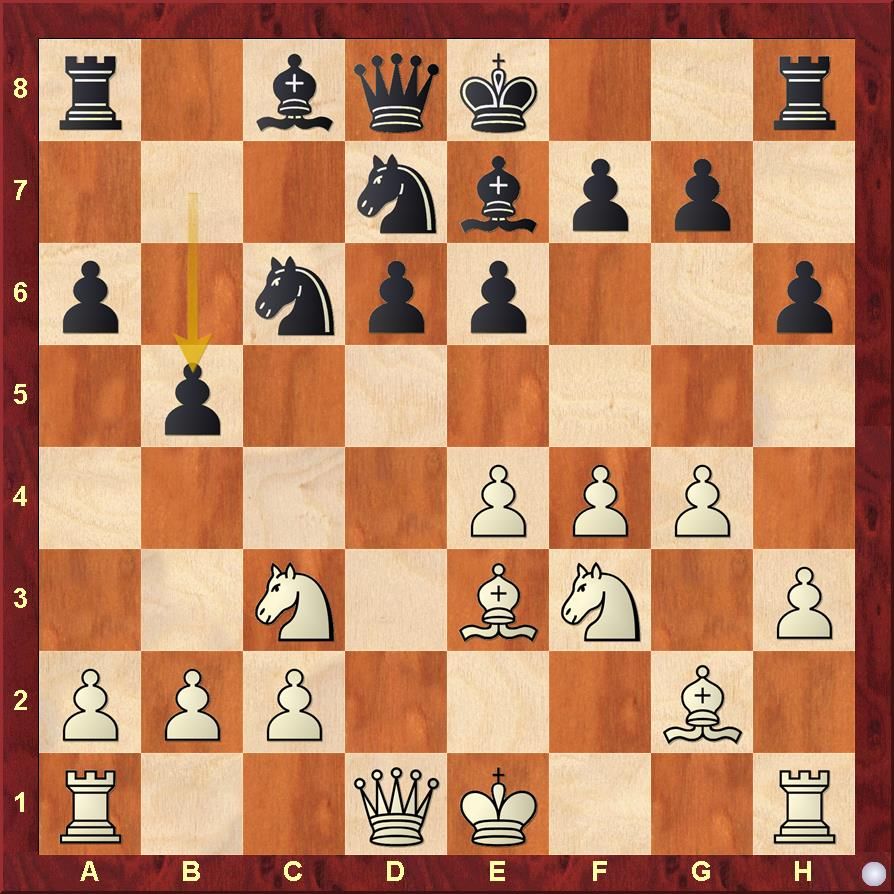 How a game goes depends on whether the plan you choose works. Anand is an Open Sicilian expert, so I will not dismiss his choice in the game, where in the position above he chose to castle queenside. However, I personally feel that going kingside with a move like Ne2, Ng3 and 0-0 was safer and objectively more testing for black. After Anand's choice Stockfish already prefers Black, and Ding played brilliantly to win in just 22 moves. 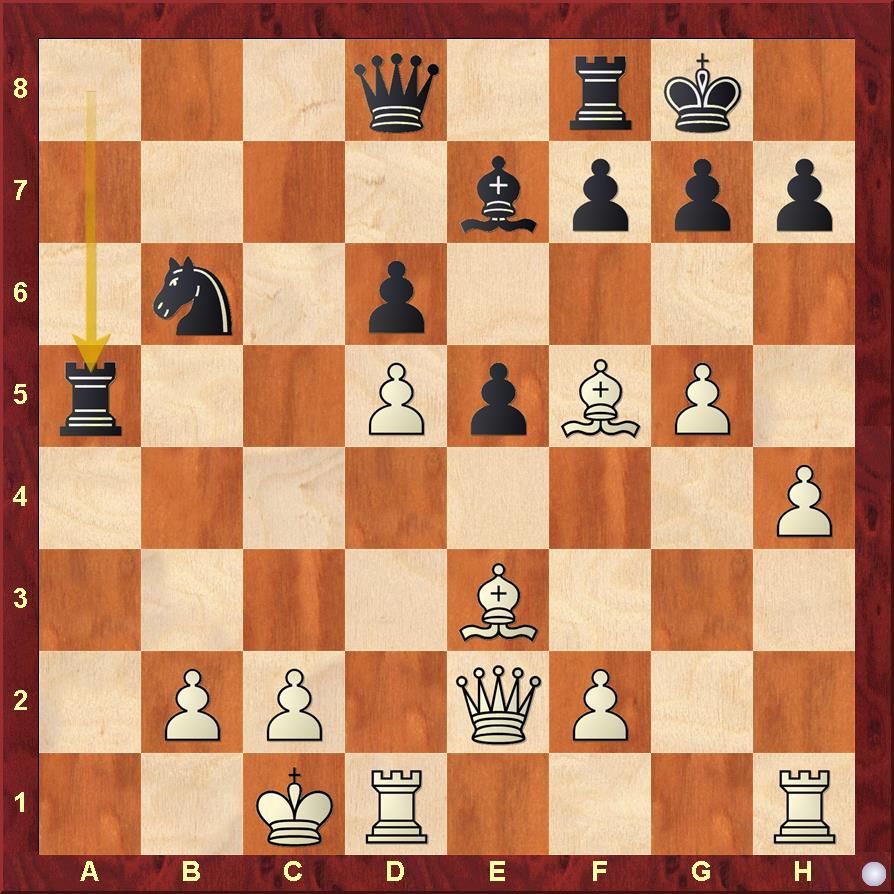 23.Qd3! is an accurate way to maintain the dynamic equilibrium, as White's attack on the kingside seems to counter-balance Black's queenside initiative. Instead, after 23.b4?!, a move I really hate because it invites Black to assault the White king, Ding played breathtaking chess to bring home the point in just 17 more moves.

The match could have turned out brilliantly had Anand found/assessed properly a brilliant pawn sacrifice in the 2nd game: 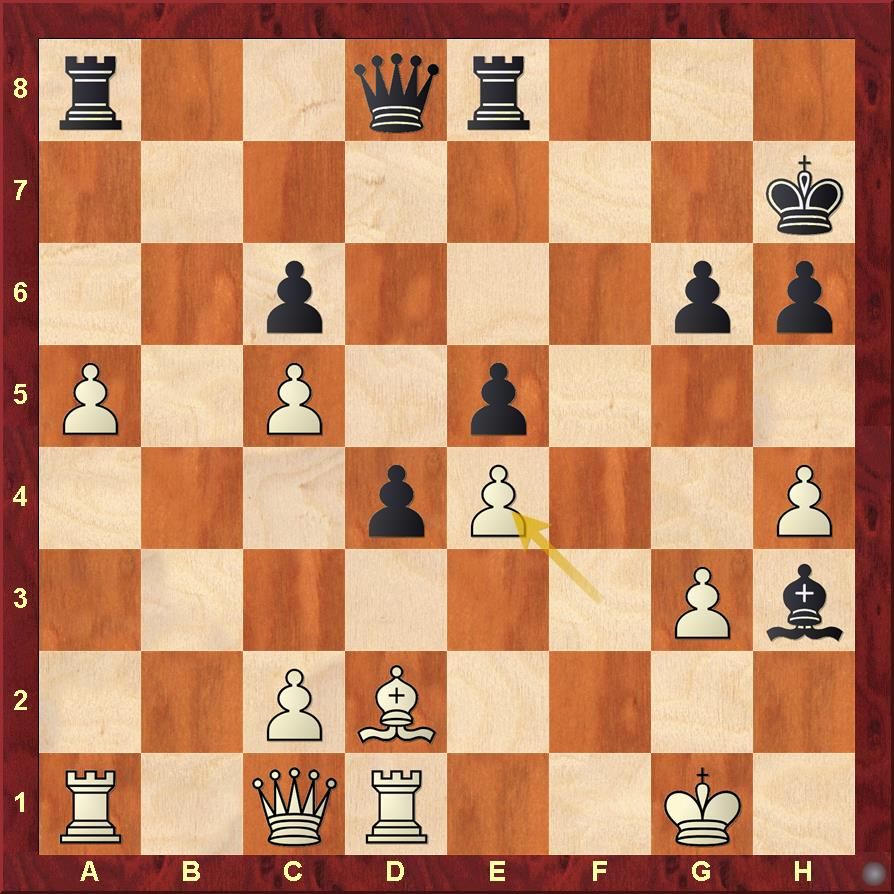 In an opposite coloured bishops middlegame, the initiative is worth far more than the material, so I am surprised that Anand didn't play 28...g5! here, breaking open the White King's barrier, while simultaneously restricting the range of both bishop and queen. The cute point is that if 29.hxg5 Qd7! is a very quiet but deadly move - Black threatens Qg4 and White is helpless. Instead, in the game 28...Rf8? allowed Ding to consolidate after 29.Bxh6! 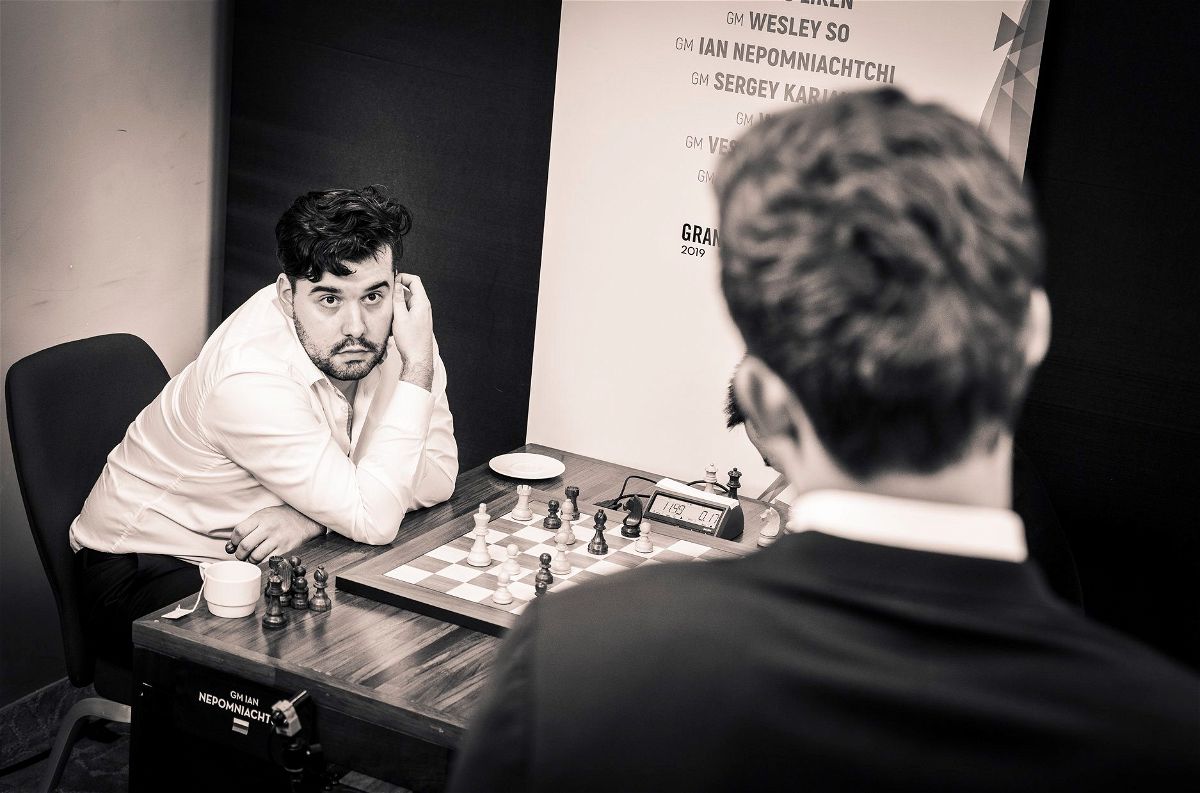 I am the one with the extra time, but you are the one standing!! | Photo: Grand Chess Tour

This was a match where the Black pieces dominated the highlights reel! First, Nepo missed a chance for a sureshot draw in Game 2 after he went astray on move 22: Here the move 22...Bb4! is a sureshot equaliser, and I can' see a way for White to put pressure. Instead, after the ugly 22...f6? Black is already close to lost, and Carlsen showed absolute ruthlessness in punishing this mistake to win the game.

Nepo had to win on demand with Black in the final game, and win he did, after Carlsen missed a sureshot chance to end the match in a complicated middlegame, and later blundered in the endgame: 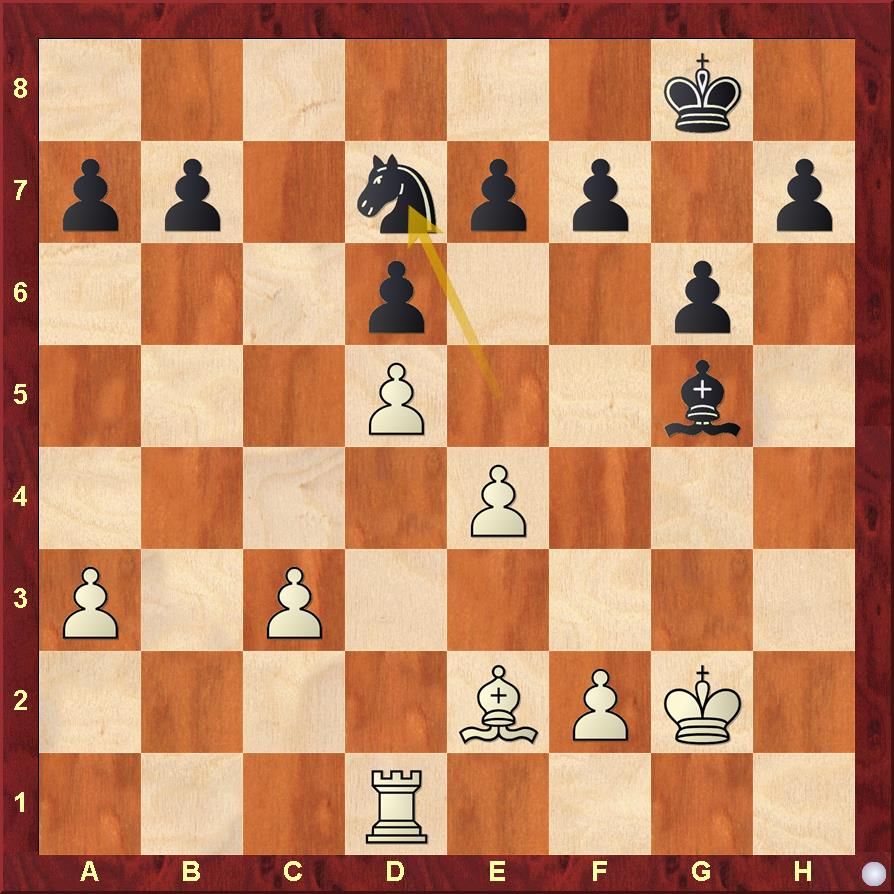 26.Kg3! keeps control over the position, though Black is still the one calling the shots. Instead after 26.Rb1 Magnus in a higher sense was already lost, and Nepo's mesmerising speed play brought home the point without too much fuss.

Nepo had the momentum here, but he went berserk in the final game when simplicity would have killed off the match: After the simple recapture 29.gxh4 White is close to winning, as the Black king is way too weak. Instead, after the tempting 29.Qxh6? Magnus was suddenly back in it, and in the end he sealed victory with a draw in a completely winning position. 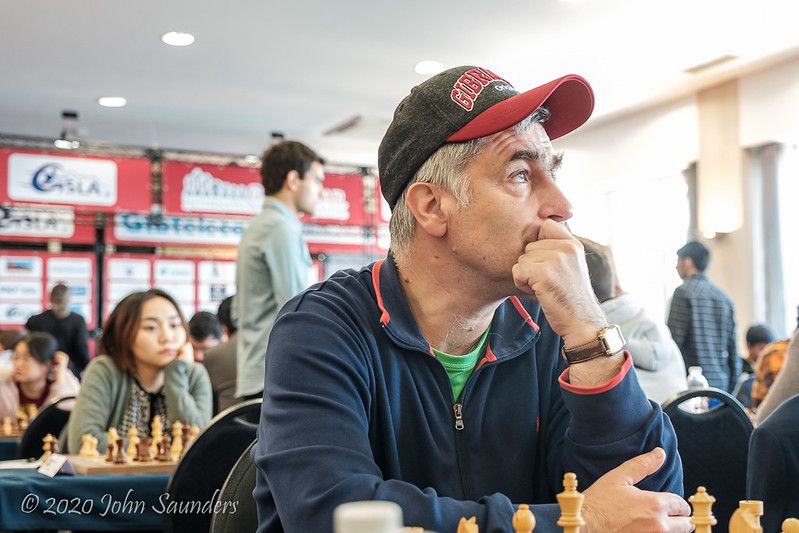 Vassily Ivanchuk is an absolute legend of the game, and if there anyone whose results can never be predicted, it is Ivanchuk. Today he played a very impressive armageddon to get the better of Anish Giri, after trading wins in 'regular time': 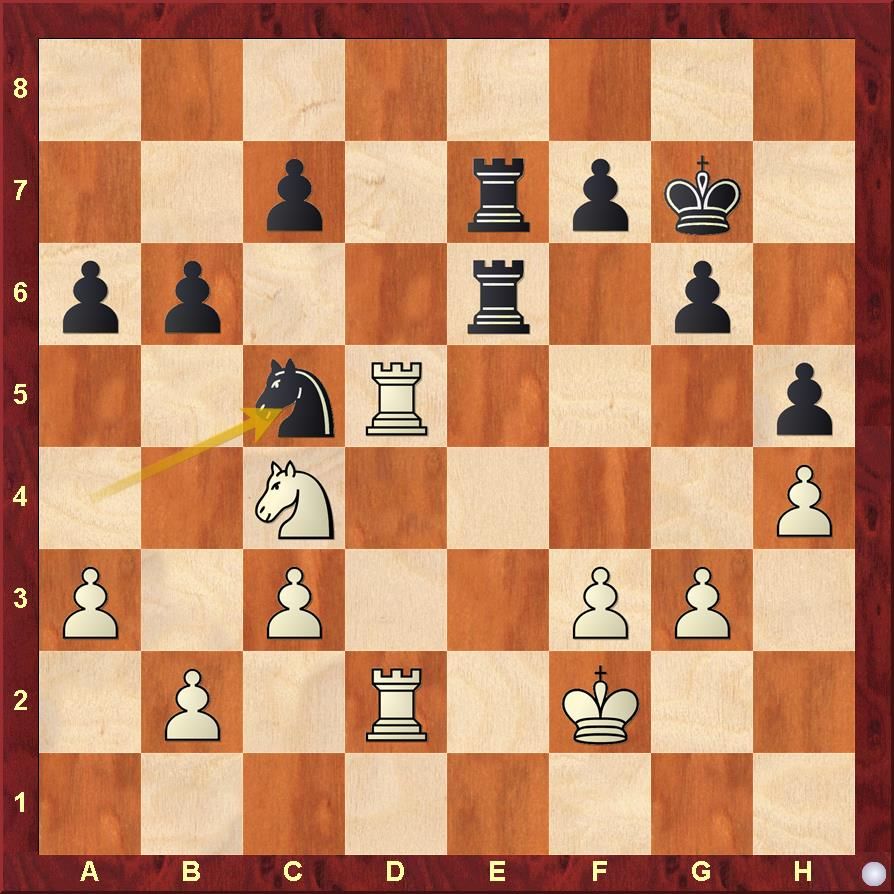 Here a normal move like b4 will hold the balance. Instead, after 37.Rd8 Nb3! Black is winning, and Giri made no mistakes in converting his advantage. One of the cleanest games in recent times! 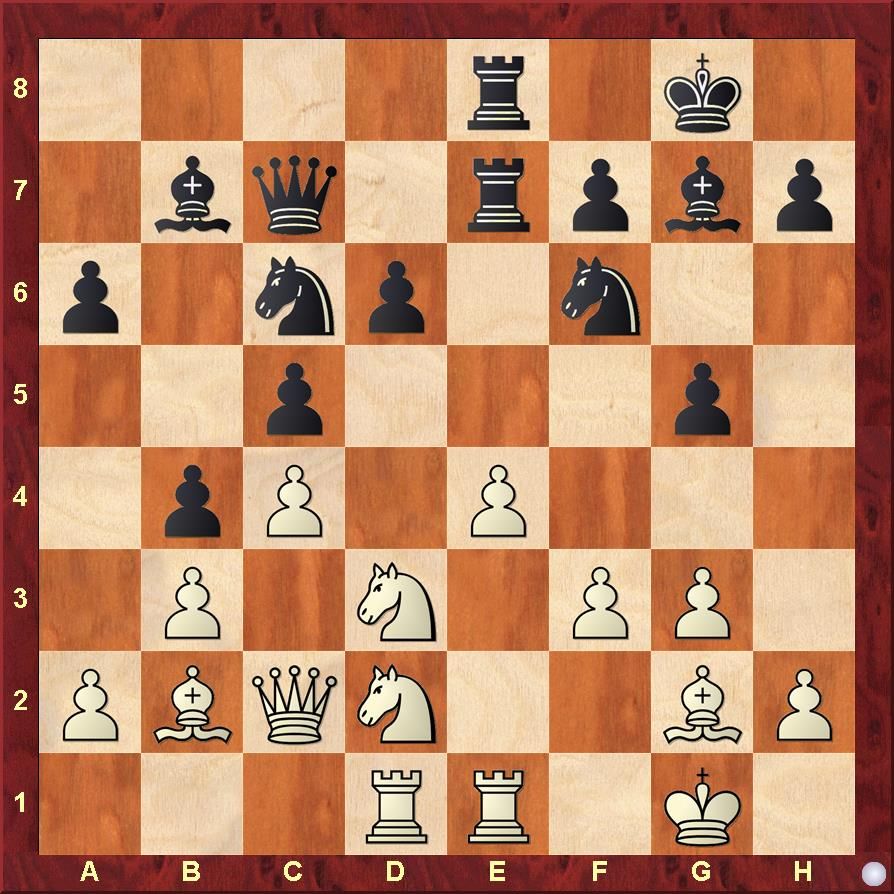 Anish should retreat his queen - Qc1! maintains the balance, albeit barely. Instead, after Nf1 Nd4! Black was better, and Ivanchuk took the point soon after.

Armageddons make the best endgame players make moves they won't make even if they are asleep! Yesterday we saw Leko play badly in a drawn endgame, and today it was Giri's turn: 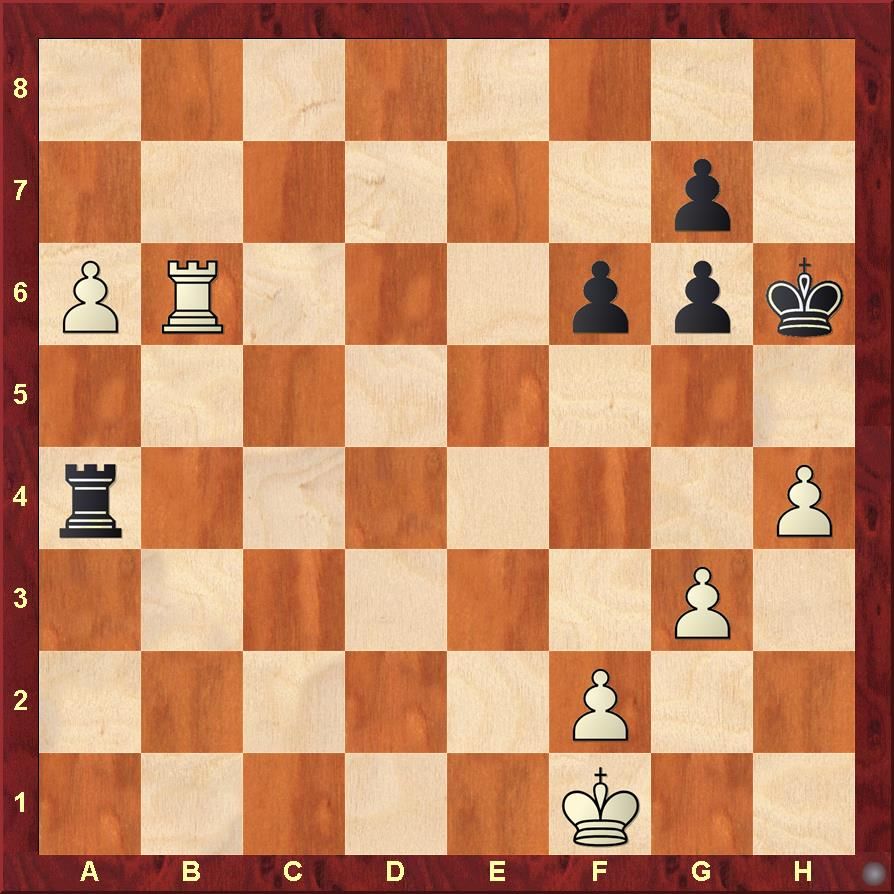 The brilliant sportsman Anish however was not bothered much by the result, given that he qualified for the last 4 - he instead chose to focus on.... his gang of GMs!

These 2 have been around for a really long time, and still play amazingly strong chess! | Photo: Chessblog.com

Boris Gelfand recovered too late to make the cut, but his match win does add a nice precursor to his book releases slated in the coming months! The players initially traded contrasted wins: 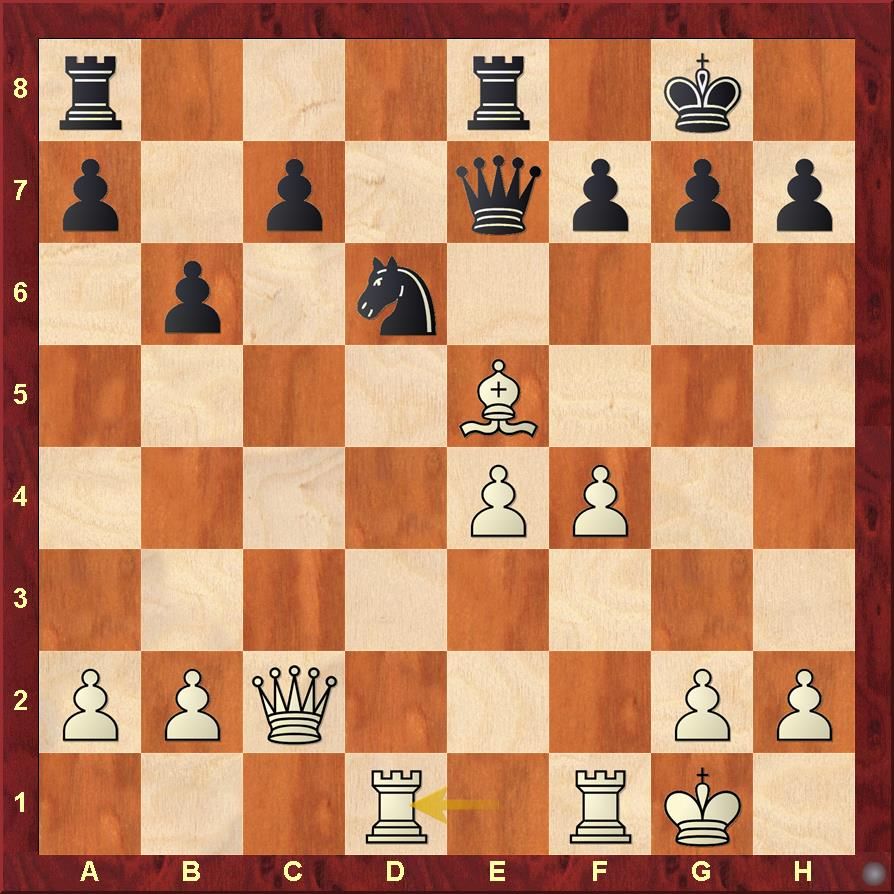 The simple 20...Rad8! keeps the balance quite comfortably. Instead Leko chose to be forcing, but was seriously worse after 20...f6 21.Bxd6! 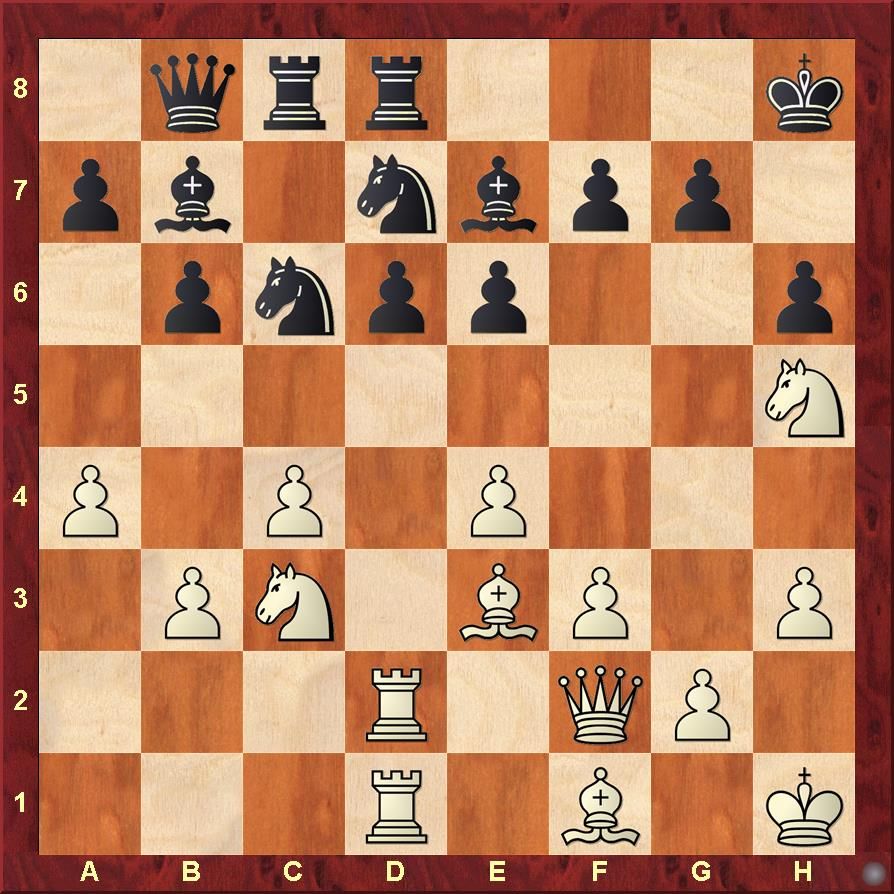 Had Boris found 39...g6! he is doing absolutely fine. Instead he tried to exchange pieces with 39...Nf6?, but was severely worse after 40.Nxf6 Bxg6 41.Nb5!. Leko converted smoothly to level the scores.

The Armageddon saw Leko with the White pieces miss a big chance to take over the game, resulting in an eventual loss after just 13 more moves: 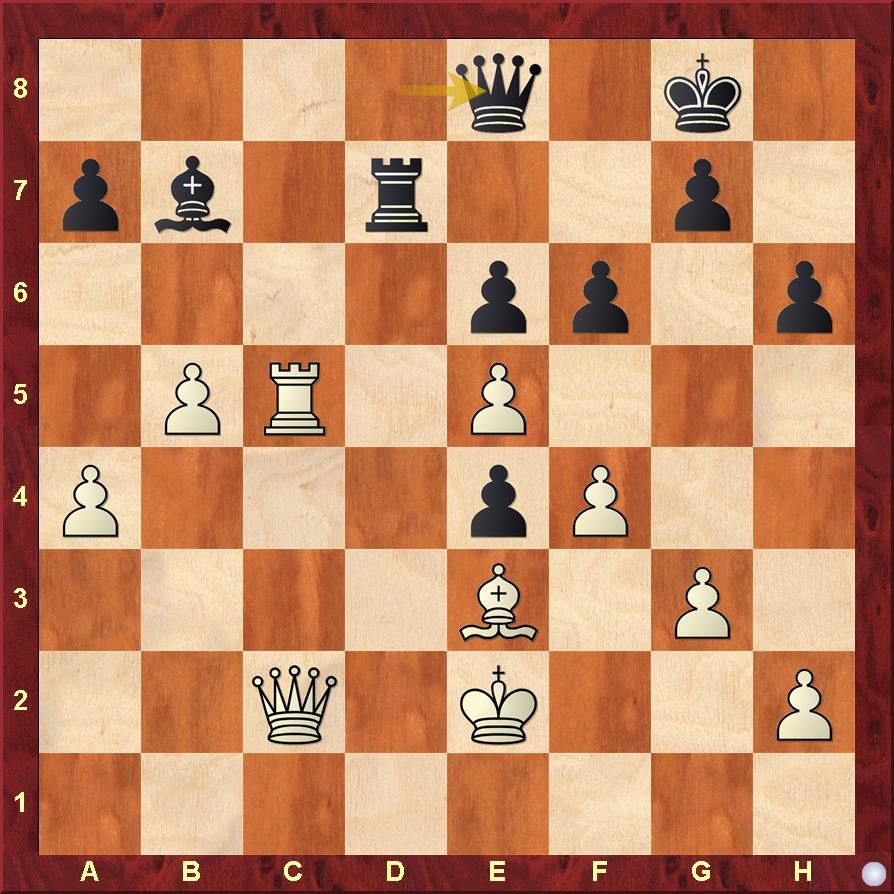 White should play simple chess here - 40.exf6! opens up the position in his favours as Black is too poorly placed to take advantage of the open g-file. Instead, Leko chose to play it safe with 40.Ke1?, and after Rd3! Gelfand got a sudden initiative that he used brilliantly to win.
Standings after Round 8

Replay the games from Round 8: