Netflix mini-series 'The Queen's Gambit' broke a lot of records in a very short time. Initially it was difficult to predict this much of a success for the mini-series, but we kept doing episodic reviews because we thought it was something to be dwelled upon. Turns out 78th Golden Globes cemented the show creators - Scott Frank and Allan Scott efforts. The involvement of Garry Kasparov and Bruce Pandolfini made sure the chess universe can enjoy the intricate chess aspects of the show. Photo: Golden Globes

Critically acclaimed and smash hit Netflix mini-series The Queen's Gambit won two Golden Globes at the 78th edition of the annual awards for television and motion pictures. The Queen's Gambit received Best Television Limited Series, Anthology Series, or Motion Picture Made for Television and Anya Taylor-Joy won Best Performance by an Actress in a Limited Series, Anthology Series, or a Motion Picture Made for Television. 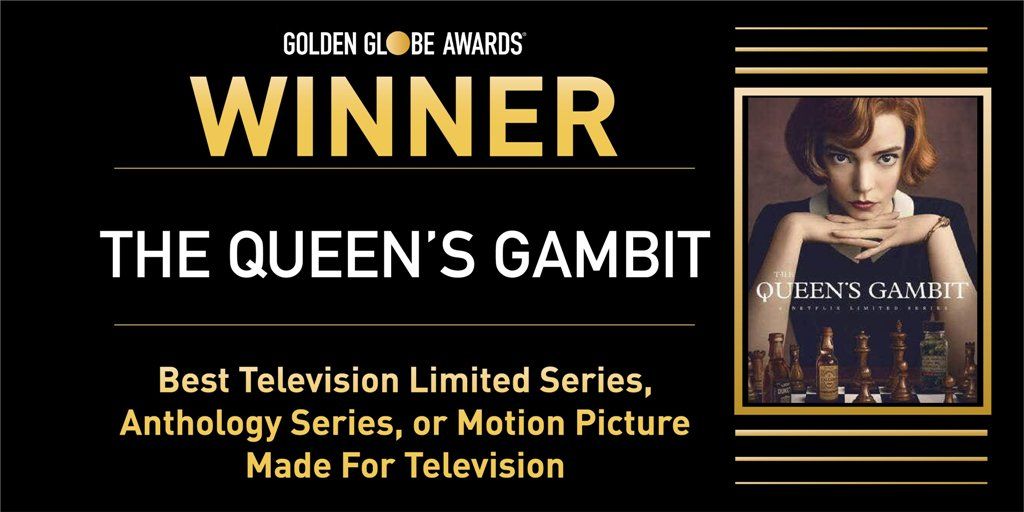 The Queen's Gambit won ahead of Normal People, Small Axe, The Undoing and Unorthodox. 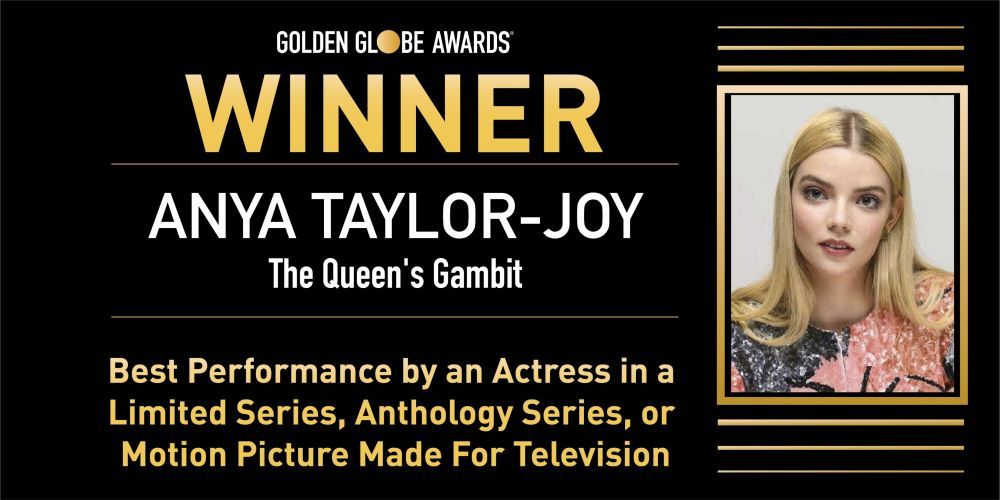 Anya Taylor-Joy won the Best Performance by an Actress in a Limited Series, Anthology Series, or Motion Picture Made for Television category | Photo: Golden Globes

Impact of The Queen's Gambit

The Queen's Gambit made chess accessible to general audience. Sure a chess professional might have found more than a few things to nitpick on and find anachronisms throughout the series. The involvement of Garry Kasparov and Bruce Pandolfini who were the Special Consultants and Late Iepe Rubingh, the On-Set Chess Consultant made sure chess aspect of the mini-series was very much authentic and detailed. It also means in future, filmmakers will definitely consider taking the advice of a chess professional to avoid the common goof-ups while showing anything related to chess. 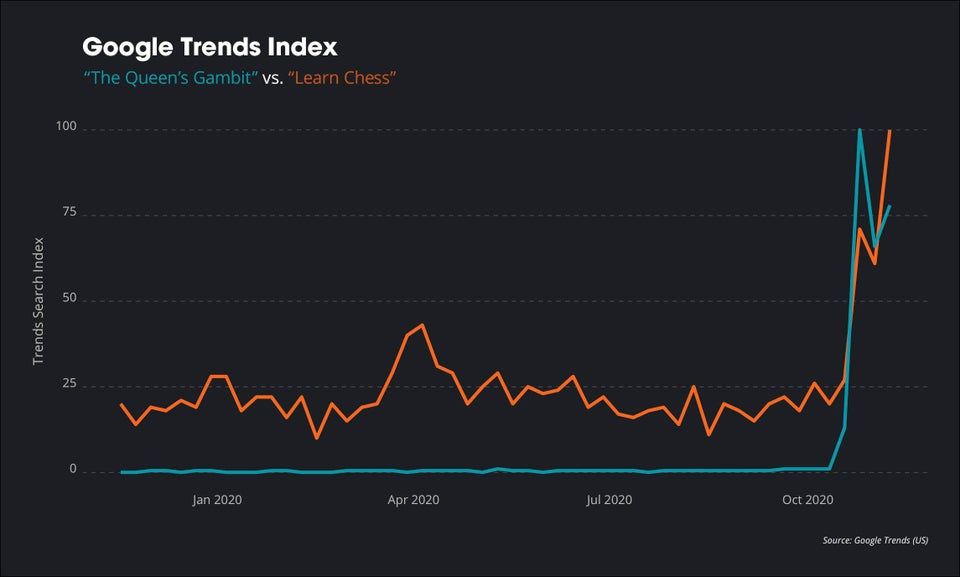 The growth of viewers and channels on twitch | Photo: twitchtracker

It is true that the trajectory of chess popularity was already moving up thanks to the online activity of the game whether it's via tournaments or streaming. However, The Queen's Gambit mini-series took it to the proverbial 'Stratosphere'. One month after it's release, Netflix reported that the mini-series recorded 62 Million views which was the highest for a scripted mini-series. Pandemic definitely played a huge role in the shows success as more and more people were drawn to the one of the few sport which they could play against anyone, any time and from any where. Google searches for the sport doubled, there is an increase of interest of people buying chess sets, trying to learn and improve their game.

When the celebrated author Stephen King says good things about The Queen's Gambit, you know it is really good.

The success of the show will definitely help the entire chess universe in multiple ways.

1. Did you know Magnus Carlsen portrayed himself in the iconic The Simpsons animated series in 2017? Or Hikaru Nakamura making a cameo appearance in Billions last year? The frequency of chess player appearing in mainstream shows can only increase now more than ever.

2. Movie critic Taran Adarsh tweeted about a biopic on Vishy Anand which will be directed by Aanand L Rai. There is no better person to have a biopic on than to start with Vishy Anand. This can only mean more chess stories will be told in various medium and legacies will be made known to the general audience.

3. The increase in sales of chess sets will increase a surge in more players taking up chess, it also rekindles the love for the game for a lot of people who haven't played chess in a long time. Moreover this is an inclusive sport which means anyone can play irrespective of age or any physiological challenges.

4. More people watching the sport means more viewers getting interested in the it which can only mean more investors, sponsors being interested to invest more time and capital on it. Recently Tech Mahindra announced Global Chess League with Vishy Anand being the league's Mentor, Advisor and Facilitator-in-Chief.

5. Chess is a lot more than just titles, triumphs and glory. It can also be used as a tool to help different people in our society. We have already had articles on ASD, ADHD and it's not just limited to that. Chess as a whole can improve a lot of people's lifestyle and empower children too.