Endgame is one of the most important stages of the game. Theoretical knowledge is needed to play any kind of endgame accurate and precisely. While Rook and Pawn endings are the highly occuring endgames in practical endgames, one cannot overlook the fact that Opposite Colored Bishop endgames also occur in a practical game. Most of us just simply think Opposite Colored Bishop endgame means it will mostly end up in a draw. While it's partially true but you have to know a lot of theory and nuances to make sure a draw game is drawn. Kidambi discusses his minute learning from the Late Russian GM Maxim Sorokin and explains them in great detail in his blog. Photo: Pascal Villalba

Maxim Sorokin, the lovable Russian Grandmaster has always evoked pleasant memories for me. Back, during the turn of the millennium he was one of the few foreign Grandmasters who regularly played in the Opens. Later on I was fortunate to attend a couple of training camps with him, where I could interact with and observe him.  I remember Maxim as an ever smiling coach, enthusiastic and genuinely passionate about Chess and the students development. Among his chess qualities, his amazing erudition and love for the endgame were remarkable and as infectious as his smiles! Alas he was taken away too early from this world due to an unfortunate road accident in 2007.

These thoughts came to the fore when I revisited an Opposite coloured Bishop endgame, which was shown to me by Maxim in one of the camps. It was perhaps shown to him by his coach, Alexander Panchenko whose book on the Theory and Practice of Endgames would always be with Sorokin during the classes. 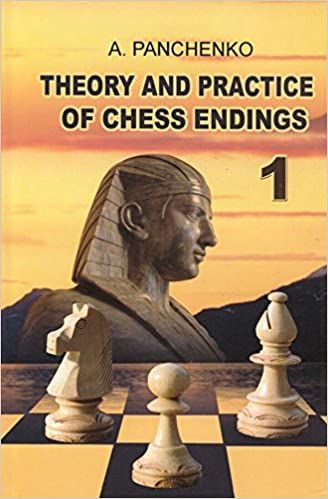 Theory and Practice of Chess Endings by Alexander Panchenko | Photo: Amazon US 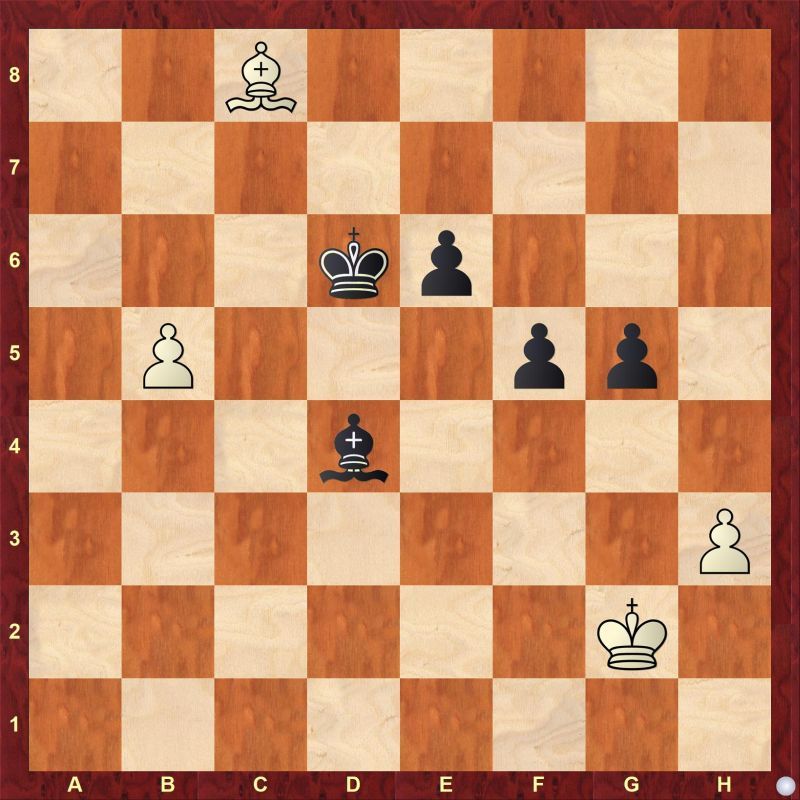 This is a position from the game Schoeneberg versus Starck from a German event in 1968. This is a remarkable position illustrating quite a few points about endgames with Bishops of Opposite colours. White is to move and in the game White went wrong with 58.Kf3? and later went on to lose.

The Bishop on c8 is such a well placed piece as it ties the black king to the defence of the e6 and f5 pawns (or as Maxim would say "The Principle of Binding"). White needs to achieve some sort of a light square blockade in order to draw this endgame. But direct attempts at sacrificing the light square Bishop for 2 pawns (e and f) will not lead to a draw as White cannot change Black's knight-pawn to become a wrong colour rook one! So White needs to use all his remaining army efficiently to stand any chance of withholding Black's onslaught by his connected central pawns. The pawn on h3 serves a useful function by keeping the g-pawn at bay, and as already mentioned the Bishop on c8 is doing great and this leaves as only with the task of improving one's King.

It takes a keener eye to spot that the pawn on b5 is more of a hindrance for White than anything else. Remarkably enough White 'only' needs to sacrifice the non-relevant pawn on b5 as Sculptor sculpts a Sculpture by chiseling the non-relevant part of the stone and bringing to life his art form!

So, white should have continued with 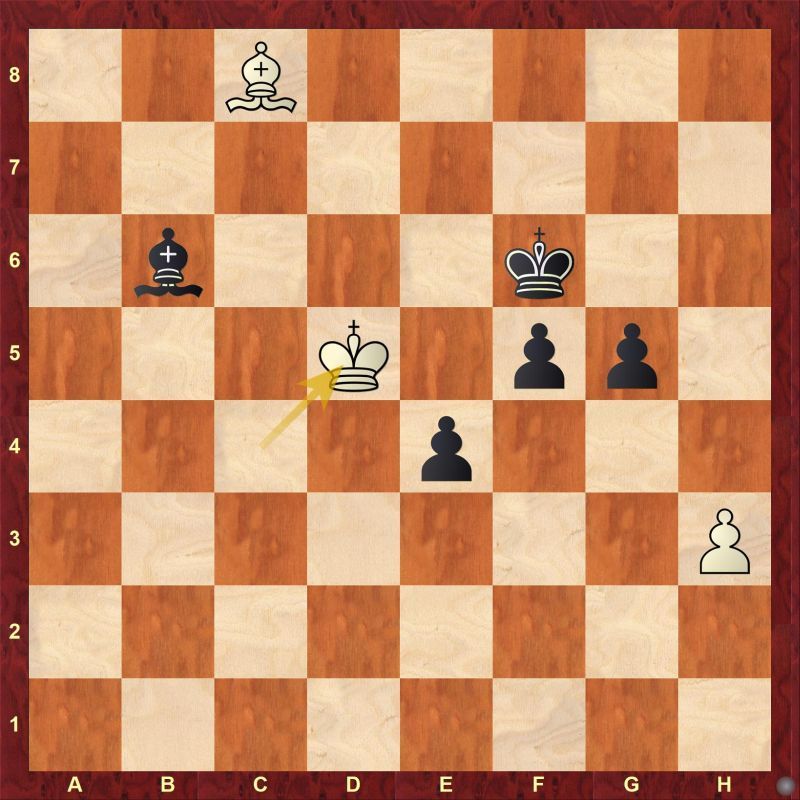 Also another very important aspect of this position is the absence of a pawn on b5 for white. If it were still there, black would promote his e-pawn to a new queen with e3. This explains the significance of the vacating sacrifice on the first move! So, this short variation leading to a draw illustrated a lot of ideas namely:

1. The Bishop binding the opponent's king to the defence of his pawns from the rear (principle of binding).

2. The King being an active piece even in defence, should never be forgotten.

3. The power of the vacating sacrifice especially so in Opposite Coloured Bishop endgames, where material may not be the biggest criteria in evaluation.

This partly concludes the study of this beautiful position.

The beauty of chess is that Caissa always keeps enlivening herself and is keen to show a fresh and unseen part of the artistry to those who are willing to explore. When discussing this endgame with my friend International Master Satyapragyan he came up with an original idea which initially I thought was losing, but one that was based on superficial observation! 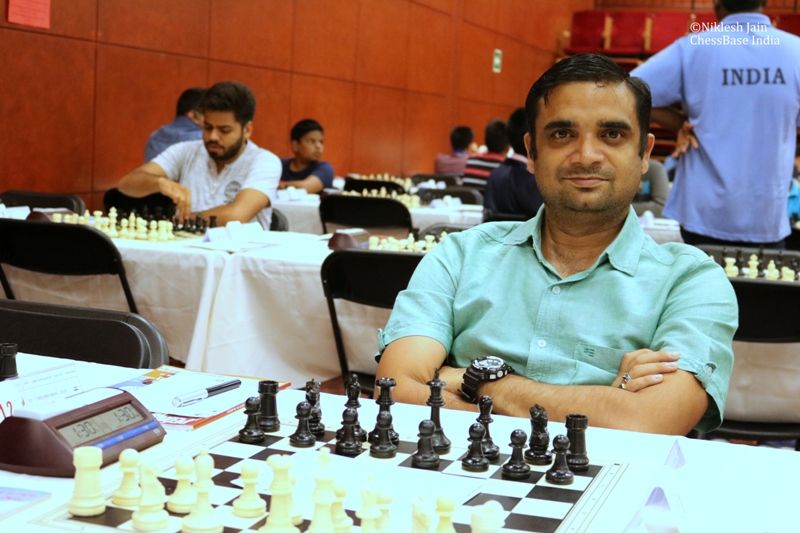 What if, white does none of the points mentioned earlier and tries an entirely different approach with 58.Kg3 (with the idea h4)  and now black replies with the clever 58...Ke7 to keep the e5 square open for the Bishop to check white's King. And now white continues with his planned 59.h4 and black can continue with 59...Be5+!

Instead black can also try (59...gxh4 60.Kxh4 Kf6 and to all appearances this position looks lost for White as black will get his connected pawns moving, right? However white has a very unlikely way out. He continues with 61.Kg3 e5 62.Bb7! and this position is a draw only due to the unfortunate position of the Bishop on d4! as 62...e4 would be answered by 63.Kf4! and black cannot stop losing both of his pawns for white's Bishop. This position deserves a diagram. This illustrates that we need to pay attention to every little  detail in a position! Black's only plan would be to bring the king up and get e4 without giving any concessions. But this does not seem to be possible, because of the fact that white will keep his King on f3 and at the right moment attack the f-pawn with Bc8) 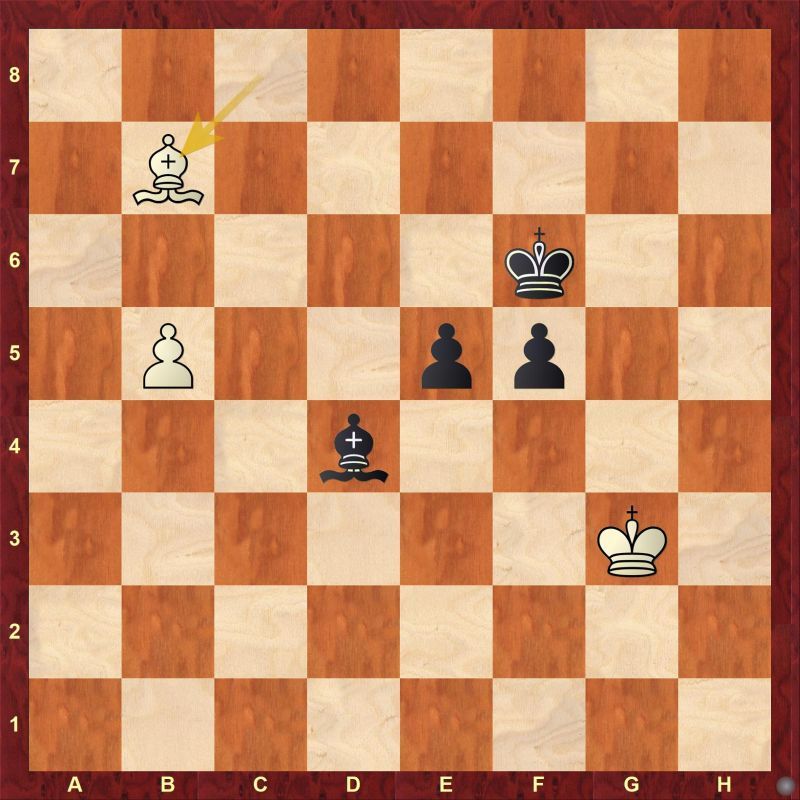 (60.Kh3? gives Black that one extra tempo to win the game. Black would play 60...g4+! 61.Kg2 Kf6 and black nips any sort of counterplay associated with two distant passed pawns by controlling the h-passer at the very early stages)

61.b6! (It is important to get the b-passer to b7 in order to tie the Bishop up and restrict it's mobility. It would have been a mistake to start with 61. Kh3 Bc7! 62.Kxh4 Kf6 and this would lead to a win for Black as White is not in time this time to reach Kf3/Bb7 position to prevent e4 and f4 together)

61....Kf6 62.Kh3 Bg3 63.b7! leads to an incredible position. Even though white is two pawns down at the moment, black cannot hold on to at least one of his extra pawns because of the particular configuration of pawns. Black is not able to get his pawn to e4 without allowing white to capture the h4 pawn). 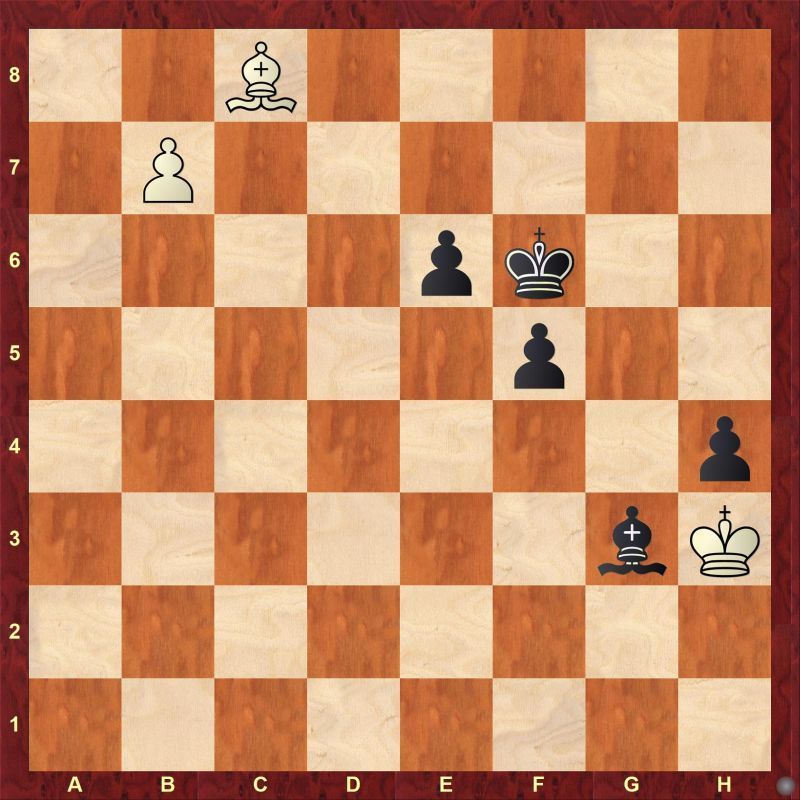 Once white wins the h4-pawn black is not in a position to win the game even if his pawns reaches e3 and f3, white can simply sit with king on f1 and bishop on c6 or b5 depending on the circumstances. 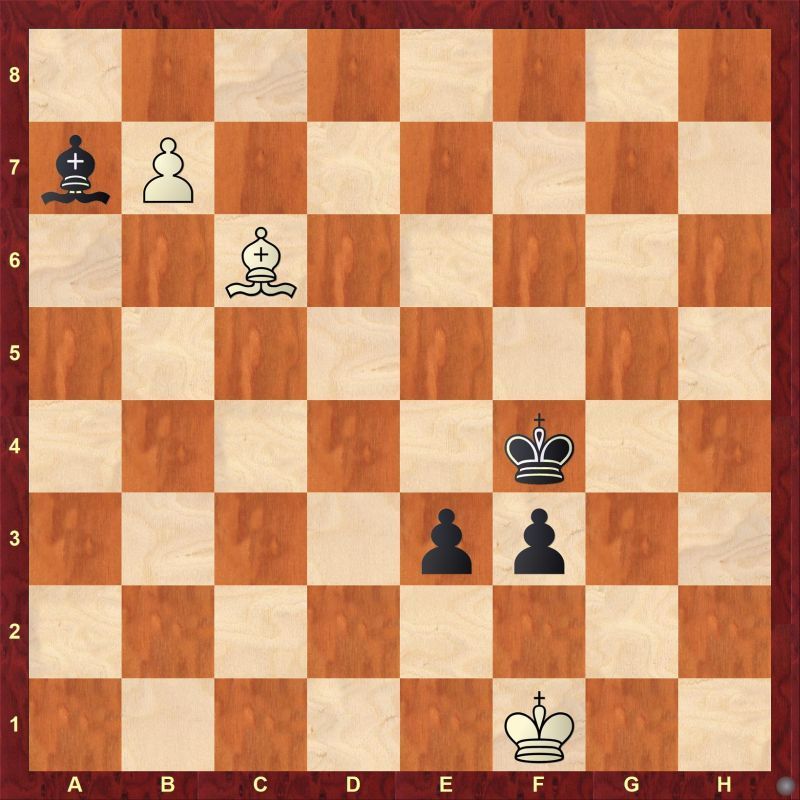 Even this position seems to be a draw! So, as of now the alternate approach 58.Kg3 !? seems to draw, if only by a thread!

This is dedicated to Maxim Sorokin, and my thanks also to IM S Satyapragyan who posed purposeful questions and changed the existing idea of the position. Also, I would like to mention that Mihail Marin's chapter on Karpov's Opposite Coloured Bishops in his Learn from the Legends book, gave some ideas to push one's limits in these positions.

ChessBase India is happy to see GM Sundararajan Kidambi making his fourth post of the year in his blog "Musings on Chess". Knowing what an encyclopedic knowledge the grandmaster from Chennai possesses, I think we are in for a treat! One can only hope that Kidambi continues writing regularly! We will keep reminding him about it!