Although she is not one of the leaders we thought that it was important to highlight the win by the debutant Samriddhaa Ghosh. She managed to score her first win at the National Premier in a very well played game against Kiran Manisha Mohanty. As for the leaders, we have the feeling that there is absolutely no stopping Padmini Rout. The girl from Odisha beat Nandhidhaa and extended her lead to a full point over the nearest rivals. It seems highly possible that Padmini will score her fourth consecutive National victory! If she does that, it would truly be an astounding achievement!

Padmini Rout leads the tournament with a full point!

At the end of fifth round it was a three way tie at the top. Padmini Rout, Nandhidhaa and Meenakshi Subbaraman were on joint lead with 4.0/5. The results that followed paved way for Padmini to become the sole leader of the tournament. Firstly the girl from Odisha did a great service to her chances by beating Nandhidhaa, while her friend Soumya beat Meenakshi and paved way for Rout to be the sole leader at the end of six rounds. 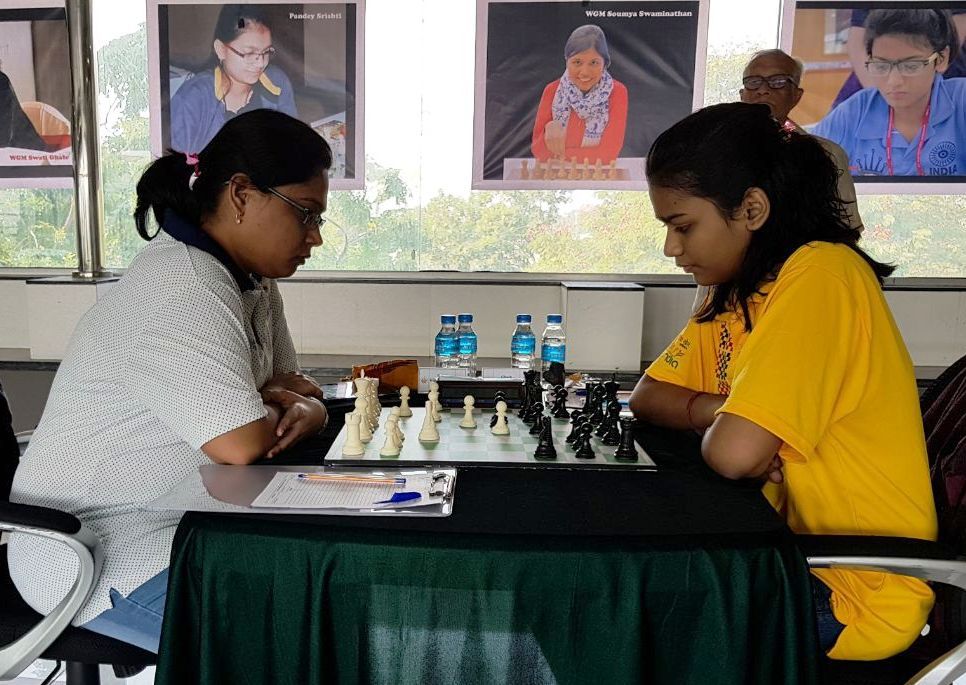 The upset of the day was surely Samridhaa Ghosh scoring her first win against Kiran Manisha Mohanty | Photo: Ankit Dalal

Samridhaa Ghosh had three losses and two draws before this game. At the National Premier one of things that every player has to be careful about is not getting into a situation where all the participants single you out as the weak link and put all their energy to defeat you. It happened to GM Himanshu Sharma at the National Premier 2017 and it could happen to just about anyone. It speaks volumes about Samriddhaa Ghosh's fighting abilities that she managed to score her first win of the event against Kiran Manisha Mohanty. And it was a smooth victory. 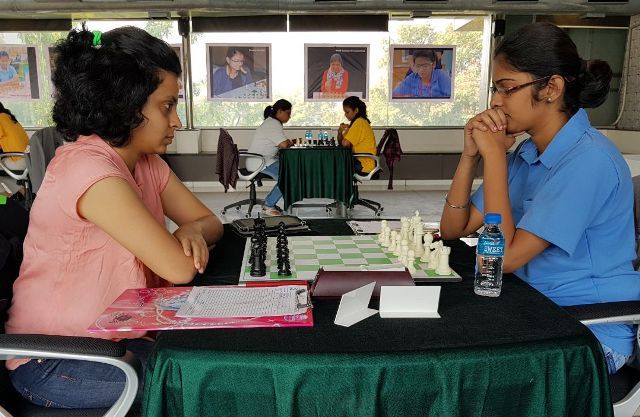 Padmini Rout gives a stare to her opponent before the start of the game. A crucial game between the two leaders that was won by Padmini | Photo: Ankit Dalal 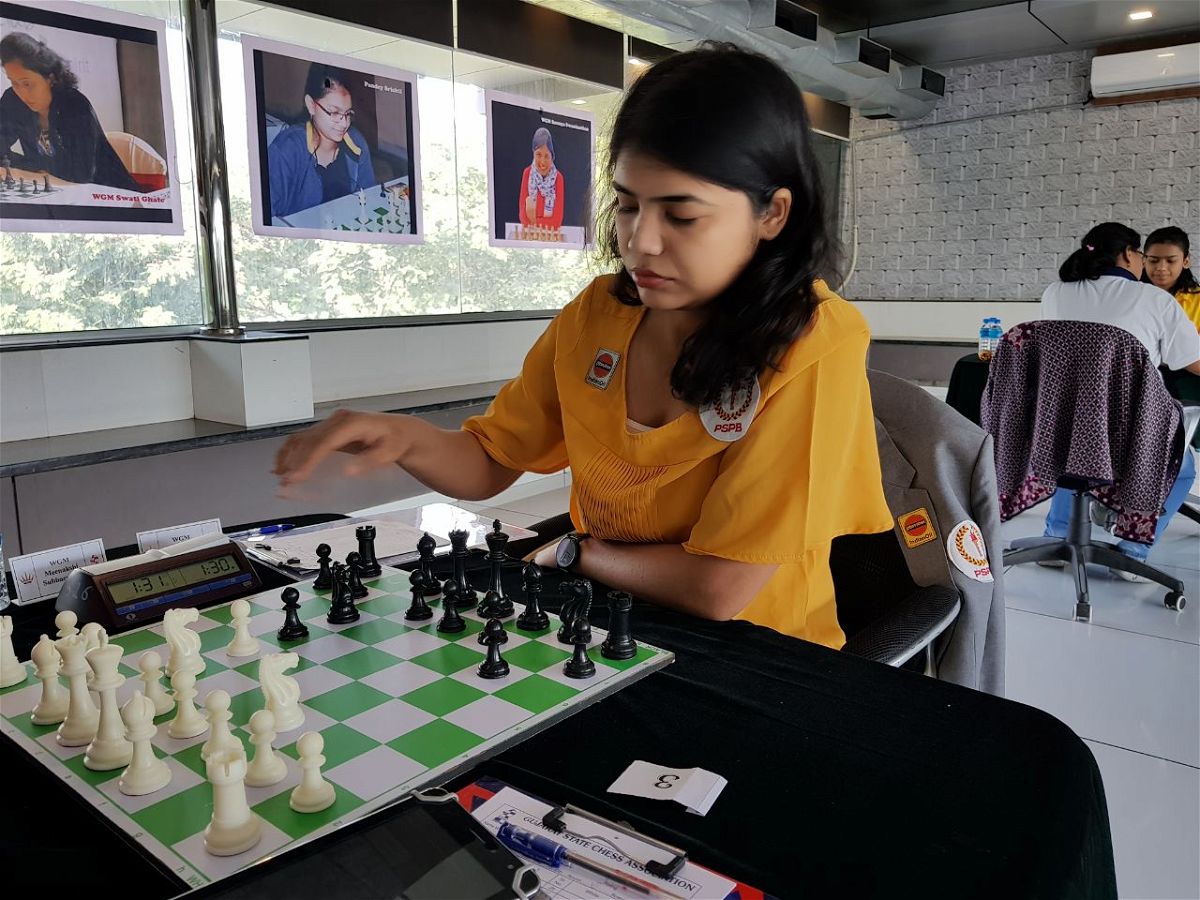 Soumya Swaminathan keeps herself in the race by S. Meenakshi | Photo: Ankit Dalal 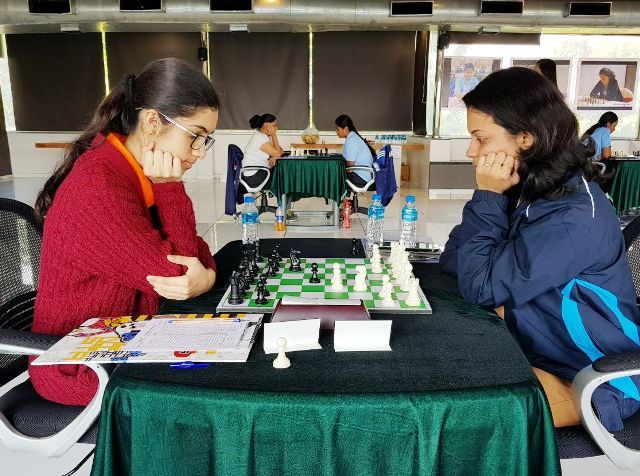 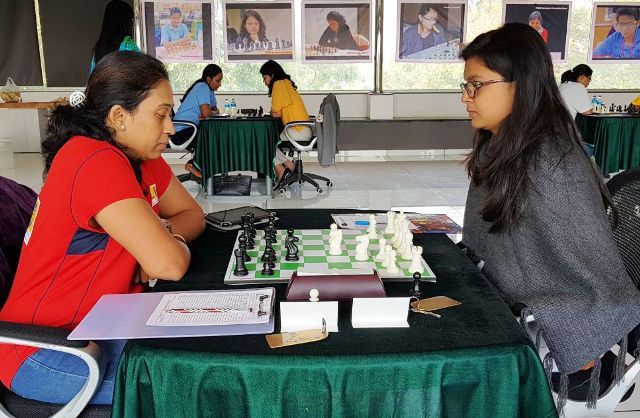 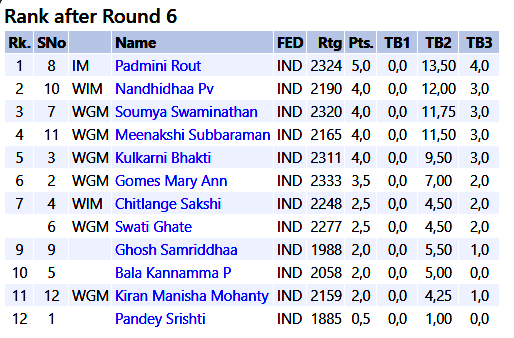 1st of December is a rest day. Padmini vs Meenakshi is the game to look forward to in the seventh round
Related news: