Big changes occurred on the leaderboard at the conclusion of the penultimate round at the 9th Hainan Danzhou Masters. Tournament leader, Bu Xiangzhi lost his first game of the event to Jan-Krzysztof Duda. This allowed Yu Yangyi, Bu's closest rival to take over the lead after he won a fine attacking game against Vladimir Fedoseev. Le Quang Liem also scored his first win of the tournament in round six against Sam Shankland. Meanwhile, India's Vidit Gujrathi scored the only draw of the day against the young Chinese GM Wei Yi. Round 6 report.

Yu Yangyi is the new leader

In stark contrast to the quiet round 6, the penultimate round of the 9th Hainan Danzhou Masters completely unravelled the leaderboard standings with its gruelling battles. After the dust had settled, the tournament witnessed a new leader emerge in Yu Yangyi, who defeated Russian GM Vladimir Fedoseev in a very complicated Queen’s Gambit.

Yu’s compatriot, Bu Xangzhi, who had been leading the tournament so far, seemed badly out of shape. In his game against Jan-Krzysztof Duda, the Chinese grandmaster erred on multiple occasions, trying to get an attack going against his opponent’s king. Duda did not find the best refutation but still managed to win the game and catch up with Bu in the second place.

So far, Vladimir Fedoseev had drawn every game in the tournament. But in round 6, this streak of draws came to a crashing halt as Yu Yangyi scored a crushing win over him. Yu was motivated to win from the very start. He chose a sharp line in the Queen’s Gambit with the white pieces and uncorked a novelty on his 9th turn!

Fedoseev continued actively but soon began to go astray. Perhaps, this was because he wasn’t well acquainted with the position. On his 17th turn, an unfortunate blunder lost the Russian grandmaster a full piece. 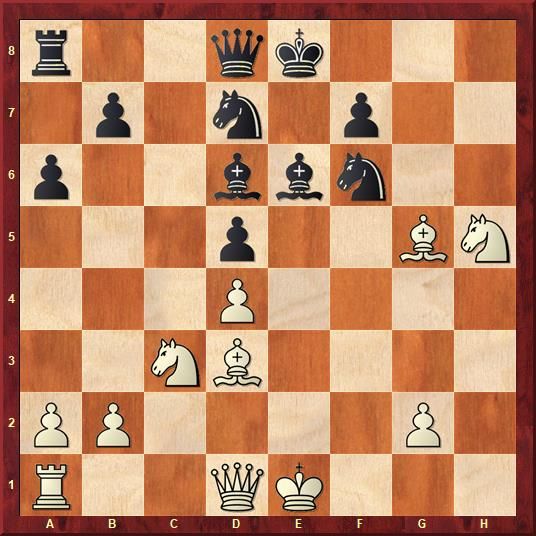 The pin on f6 is quite an annoyance for black and 17…Be7 was necessary. Fedoseev went for 17…Qe7 here, trying to seek counter chances with the discovery. But after a simple 18.Kf1, Qf3 became an unstoppable threat. After 18…Bg4, white has 19.Qa4, pinning the d7 knight and threatening Re1 at the same time.

Fedoseev looked to wriggle out by creating complications but Yu ensured everything was under control. After the tactical skirmishes had fizzled out, Yu had liquidated into an endgame where he had an extra exchange. It took him some time to force resignation but finally made it on the 69th move. 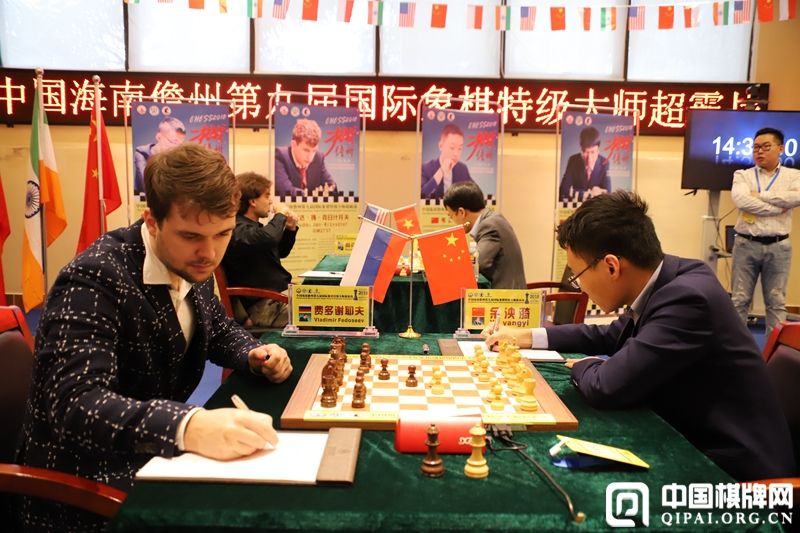 Yu Yangyi is the sole leader after his win against Vladimir Fedoseev | Photo: Official website

Like Yu Yangyi, Bu Xiangzhi also went all out against his opponent, hunting for a win. In a Classical Nimzo Indian, he generated a dangerous looking kingside attack with the white pieces after his opponent, Jan Krzysztof Duda, leaned with most of his pieces towards the queenside. 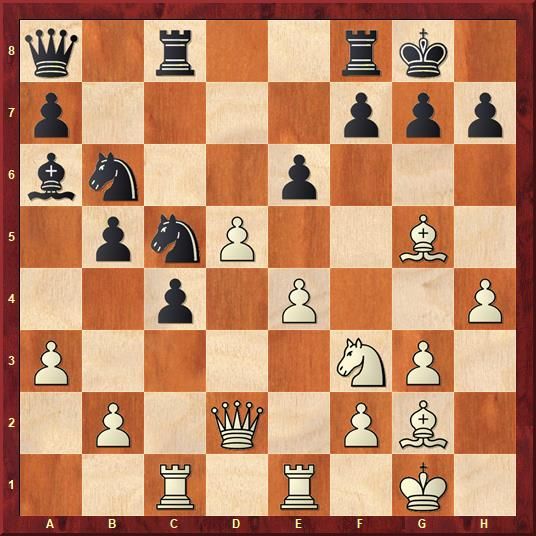 White came up with the flashy 21.Bf6 here. If the bishop is taken with 21…gxf6, white gets a strong attack on the black king after 22.Qh6. Duda decided not to play with fire and declined the sacrifice with 21…Nbd7. But after 22.e5 Nxf6 23.exf6 Qxd5 24.fxg7 Rd8 25.Qh6, white still seemed to have a strong initiative. Duda managed to keep things under control, nevertheless, keeping his pieces centralized and soon Bu began to push too hard. 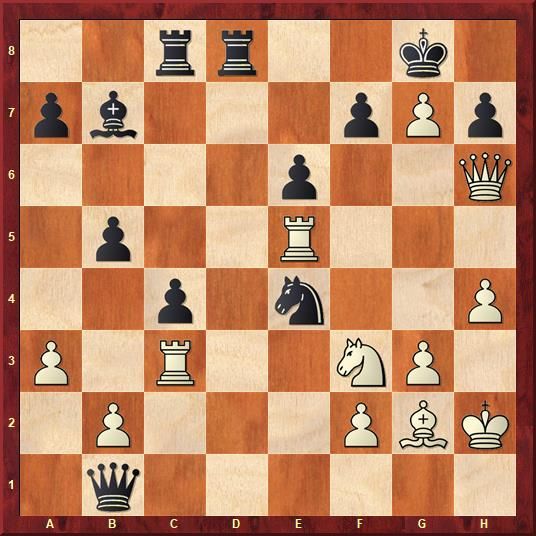 By this point, the position had already begun to tip in Duda’s favour when Bu blundered with 29.Rc1?. Here, Duda could have delivered the knock-out punch with 29…Qxb2 after which white is forced to give up an exchange with 30.Rxe4 Bxe4 and has no compensation for the material deficit. Duda, instead, decided to enter an endgame with 29…Nxf2 30.Rxb1 Ng4+ 31.Kg1 Nxh6. Within a few more moves, Duda was two pawns up and had no problems converting the endgame. 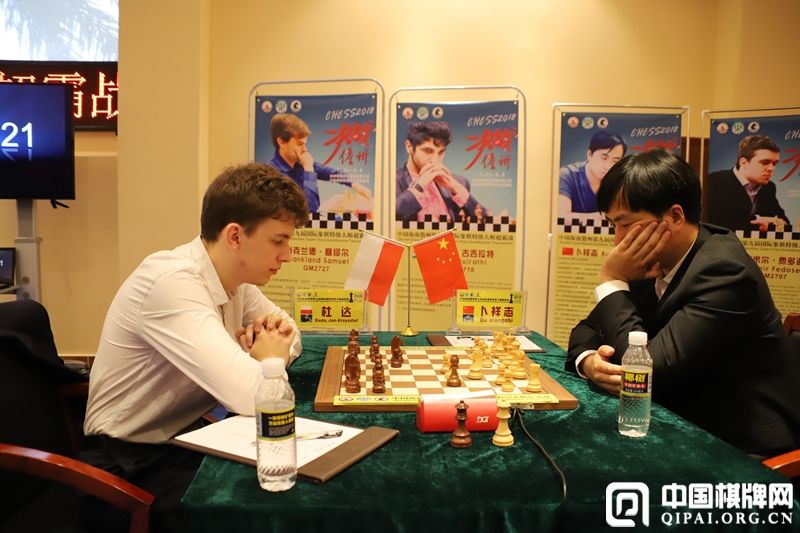 Le Quang Liem might not have been at his most impressive so far, but in round 6, he feistily went after Sam Shankland to score his first win of the tournament. In a middle game that arose from a Queen’s Indian Defence, the Vietnamese grandmaster gave up a couple of pawns to generate play against the black king and won an exchange on the 33rd move. 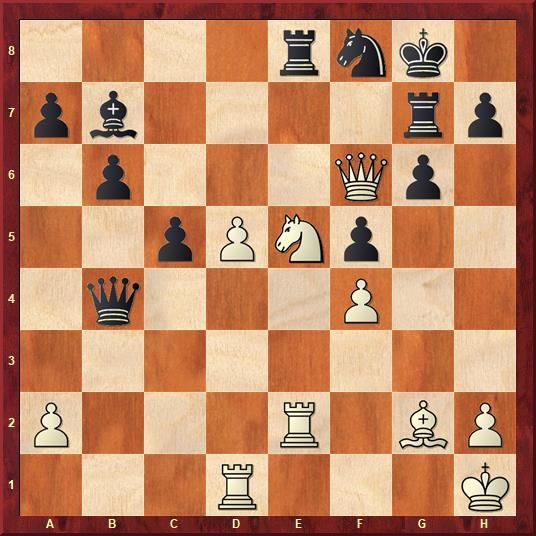 Here, after 32.Re2, Shankland played 32…Qb4, allowing white a strong discovered attack with 33.Ng4.  Having lost an exchange, Shankland began to seek counterplay in his queenside pawn majority when another disaster struck. 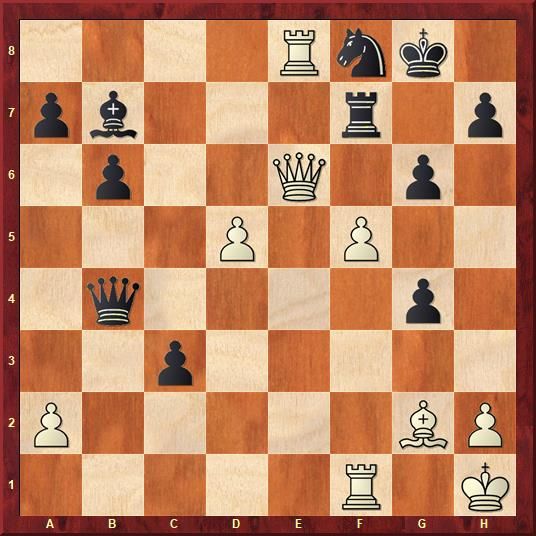 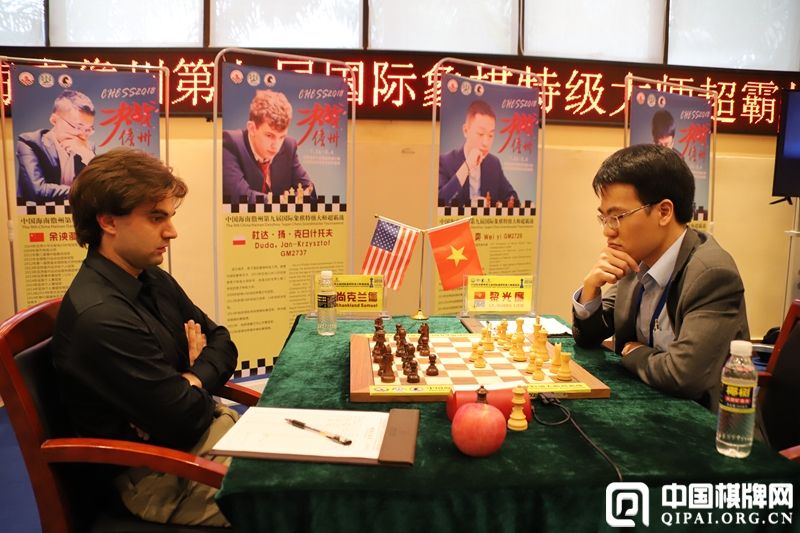 In comparison to the other games of the day, Wei Yi’s game against Vidit Gujrathi was a rather tepid one. Vidit went for the Open variation of the Ruy Lopez with the black pieces and managed to equalize very comfortably out of the opening. Starting at around move 17, a long series of exchanges liquidated the position into a rook and pawn endgame where Wei Yi had extra pawn. However, Wei did not push very hard for a win in this endgame and a draw was agreed one move after the first time control. 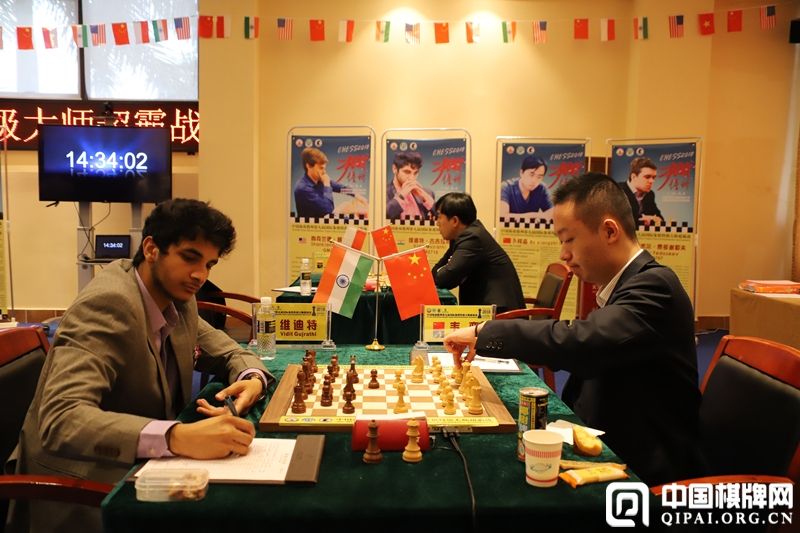 The game between Wei Yi and Vidit Gujrathi was the only draw of the round | Photo: Official website