After staging a strong comeback in the previous round, Indian number three, GM Vidit Gujrathi fumbled again in round four and lost to the top seed of the tournament, Yu Yangyi. Going into the rest day, Vidit is back to the bottom-most spot alongside Wei Yi and Le Quang Liem after this loss. Meanwhile, Jan Krzysztof Duda lost surprisingly against GM Sam Shankland in an equal rook endgame. Interestingly, in both losses, the downfall of the loser had begun after they played their pawn to b5 in seemingly equal endgames.

The curse of b5

Reaching the halfway mark at the 9th Hainan Danzhou Super Grandmaster Tournament India’s youngest 2700 rated player, GM Vidit Gujrathi fell back to the bottom of the leaderboad. Playing against the top seed of the tournament, GM Yu Yangyi, Vidit faltered in an equal-looking endgame and lost after the Chinese GM came up with some accurate moves.

Of the four games of the round, two were drawn while two finished decisively. Both of the decisive games were won by the players with the white pieces. Another interesting similarity in both of these decisive games was that it was the move b5 that led to the downfall of both black players:

The top seed of the tournament, Yu Yangyi, might not have gotten off to the best start imaginable but has slowly made it to the top of the leaderboard by the halfway stage. In round four, he scored his second straight win against Vidit Gujrathi to take sole second place.

Vidit had a decent position in the middle game that arose out of an Exchange Gruenfeld. He had even breezed through the middlegame with ease but in the endgame, there came this point where he played the ominous b5. 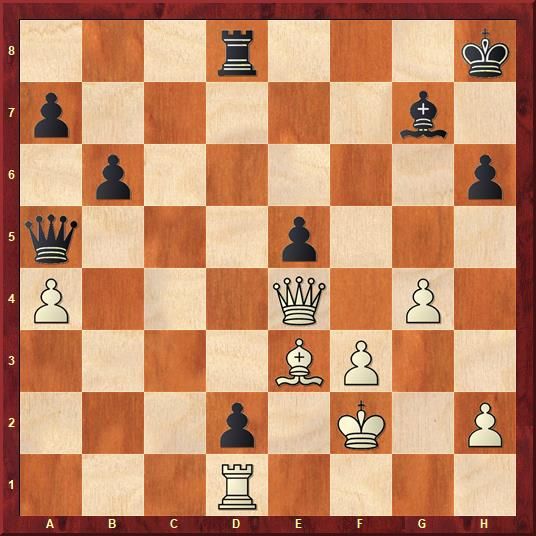 Black is a pawn up here and even though his far advanced passer on d2 is about to be hacked off, his position doesn’t look that bad. The computer also doesn’t think black has anything to fear here. But when Vidit played 32…b5 in this position, the computer changes its mind and begins to give white an edge. To the human eye, this still looks about equal. Sure, white has only one pawn island in comparison to black’s three but blacks outside passer should provide enough counter-play.

Black never got a chance to get his a pawn rolling, however. Queens were exchanged a few moves later and once the white king got active, Black was unable to hold his scattered pawns. 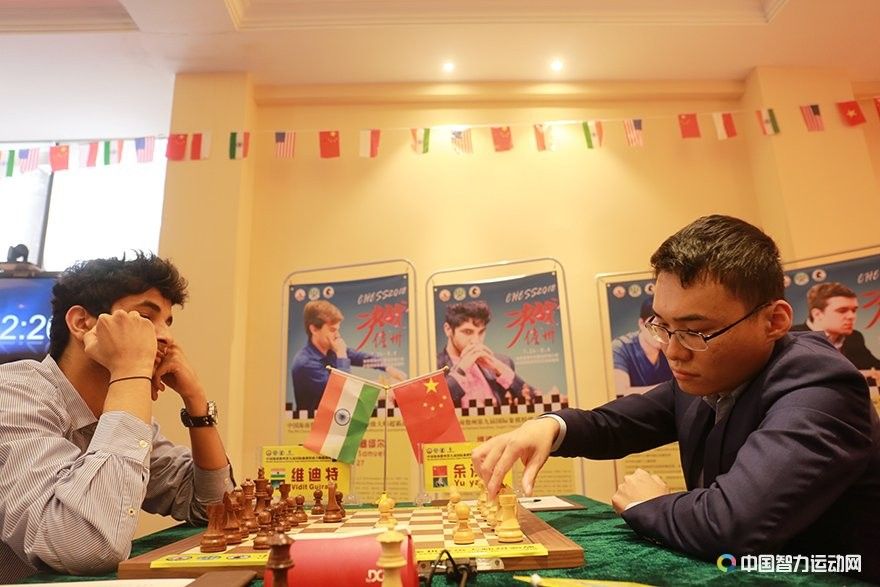 Yu Yangyi made it to the sole second place after his second straight win of the tournament against Vidit Gujrathi | Photo: Official website

In round three, we had seen Wei Yi go down surprisingly fast in an equal endgame against Yu Yangyi. This time something similar happened in the case of Jan Kryzsztof Duda in his game against Samuel Shankland. And yet again, it was that dreadful b5 move that began black’s downfall.

Shankland, who had lost to Vidit Gujrathi in the previous round, was clearly looking to remain solid in this game. In a Sicilian Scheveningen, he had chosen to go for a line full of exchanges. Before the 20th move all pieces but rooks were exchanged off. Both sides had six pawns apiece in the resulting double rook endgame and there was no reason to believe that this game would drift in any other direction than in that of a draw. But just then, Duda laid an egg. 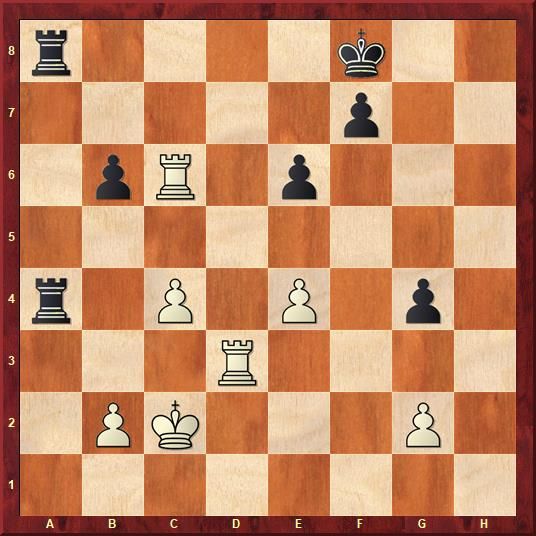 Here, black can just protect the b pawn with 26...Rb8 or just play 26…R8a5 and lead a happy life. But Duda, who had been playing wonderfully well so far, also got mysteriously lured to 26…b5 and that spelt the end for him. After 27.cxb5 Rxe4 28.b6, white’s passed pawn gave him a big advantage. It didn’t take Shankland too long to convert the game after this. 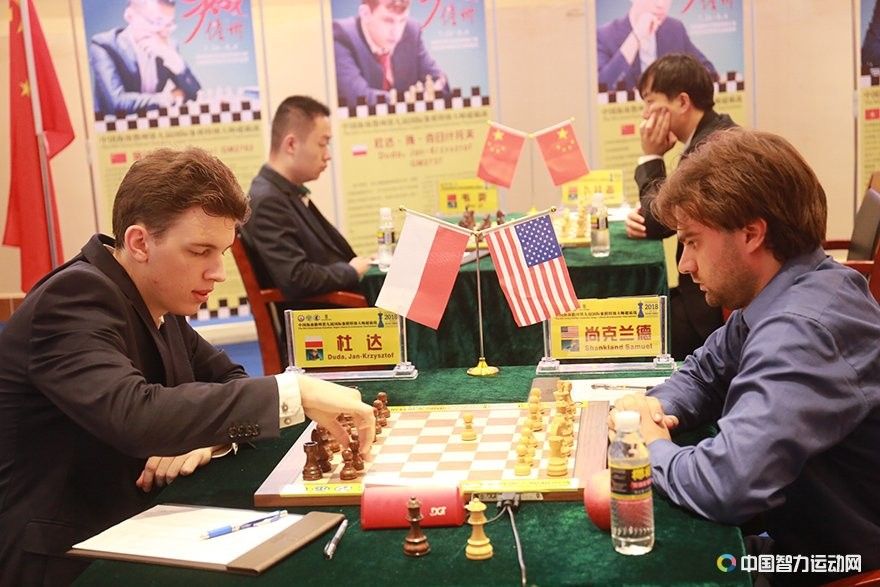 Duda's game against Shankland came to a tragic end after the former blundered in an equal endgame | Photo: Official website

Tournament leader, Bu Xiangzhi chose to test his young compatriot, GM Wei Yi, in a sharp line of the Ragozin variation of the Queen’s Gambit. On his 14th, Bu offered a full piece with 14.Nxe6. 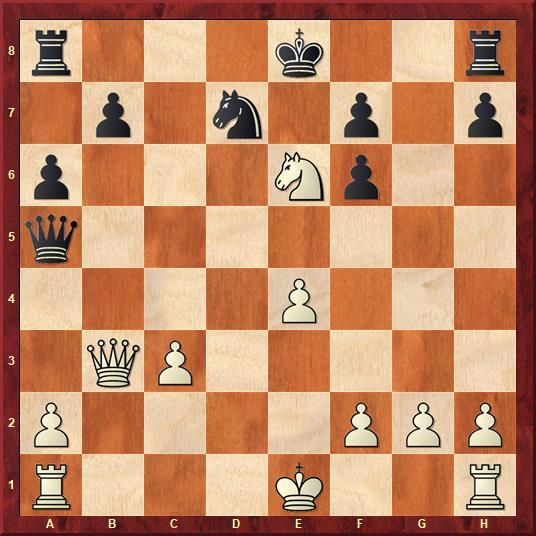 If black takes, white can recapture with the queen and harvest three black pawns while also keeping the initiative. Wei Yi, however, declined the sacrifice and took white’s c3 pawn instead. And as it happens with so many razor sharp opening lines, the game fizzled out into a draw by the 22nd move. 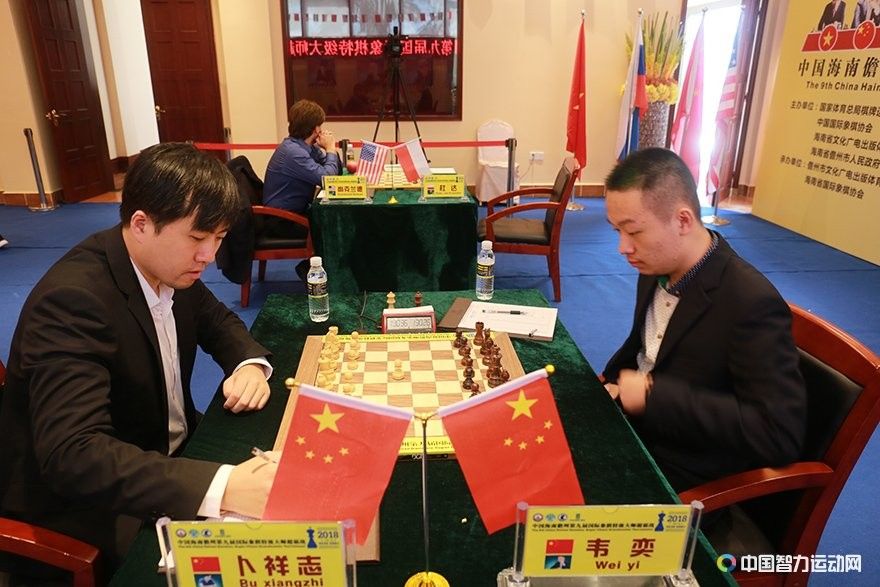 While Bu Xiangzhi and Wei Yi finished quickly with a quick tactical adventure, Le Quang Liem and Vladimir Fedoseev showed their love for a silent life. A placid position arose in their game out of a Scotch Opening which the players were happy to sign peace in after 36 moves of play. 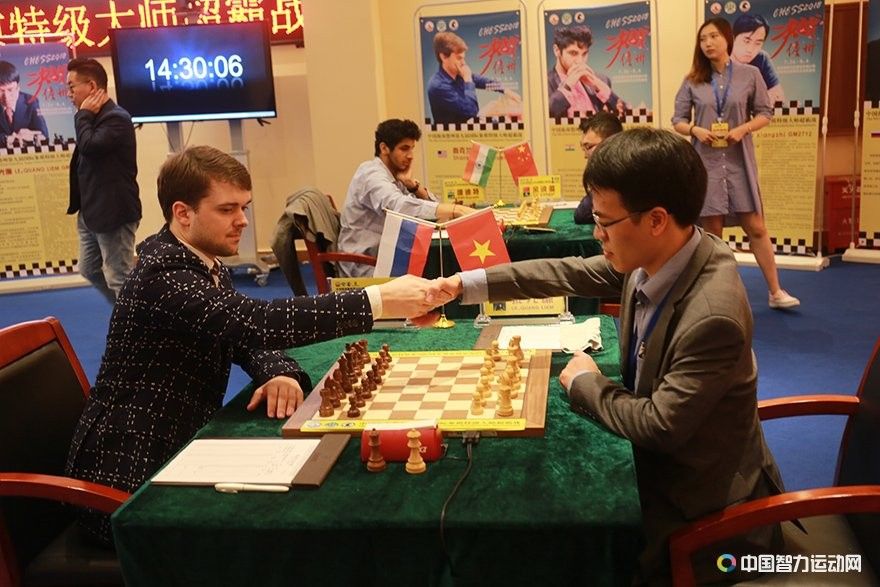