A brilliant win and an amazing miss were the highlights of the opening round of the 9th Danzhou Super Grandmaster Tournament. Continuing his great form from the Dortmund Sparkassen Chess Meeting, Polish GM Jan-Krzysztof Duda registered an emphatic win over Indian number three Vidit Gujrathi to take an early lead in the tournament. Bu Xiangzhi also had good winning chances against Samuel Shankland but messed up quite remarkably and had to settle for a draw in the end. An illustrated report with games.

The 9th Danzhou Super Grandmaster Tournament went underway at the Baiyun Havana Resort Hotel in the town of Luzhou Guangcun in China on Friday. Featuring a field of eight young and promising Grandmasters from around the globe, the event promises some exciting games in its course. The time control is 90 minutes for the first 40 moves followed by 30 minutes for the rest of the game with a 30-second increment from move 1. 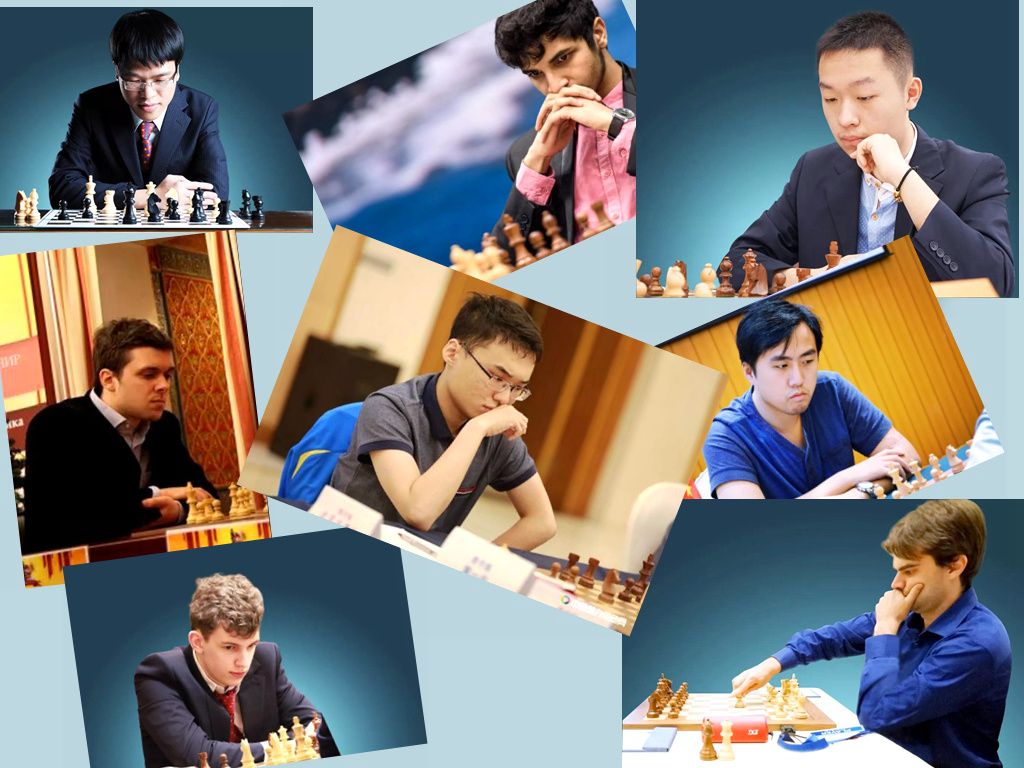 The only Indian in the fray is the country’s youngest player to breach the 2700 Elo mark, GM Vidit Santosh Gujrathi. After the Karpov Poikovsky International in Russia, this is Vidit’s second appearance in a closed grandmaster tournament. And this time, the field is even stronger and, in comparison to Karpov Poikovsky, even younger. Given the strength of the field, this is surely going to be a testing event for the Indian number three.

Round one saw most games end peacefully. Yu Yangyi versus Le Quang Liem and Wei Yi against Fedoseev were the first two games to finish and both were just dull draws. Bu Xiangzhi had some serious chances against Sam Shankland but missed opportunities led to an eventual draw. Jan Krzysztof Duda was the only victor of the round who brought down Vidit Gujrathi of India and took an early lead in the tournament.

This was that one game which game really stood out from the rest of the pack, not because it was the only decisive game of the round but because Duda went for broke to carve out a win in this one.

Vidit is a very difficult opponent to beat. In fact, Vidit hadn’t lost a single game this year before this one. He is always well prepared and hardly takes too much risk. But Duda pounced on the first opportunity he got in the game to unsettle his opponent. 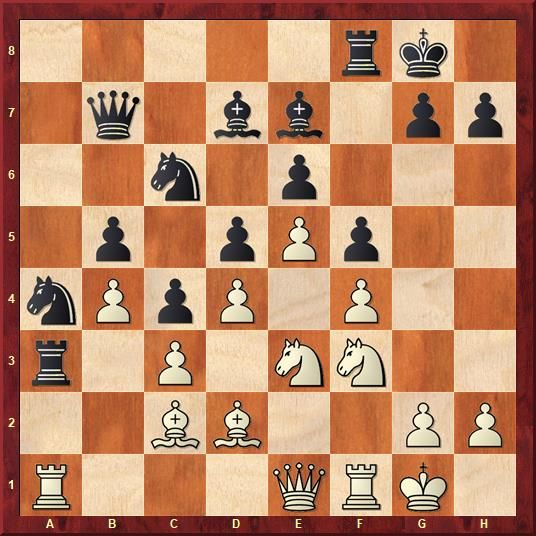 The Classical French seemed to have gone fine for both players. Neither side seemed to have anything to worry about. In the position above, white had just moved his rook to a1, trading off the only black piece that looked threatening. And after the obvious 23…Rxa1 24.Qxa1, Duda uncorked 24…Nxc3! 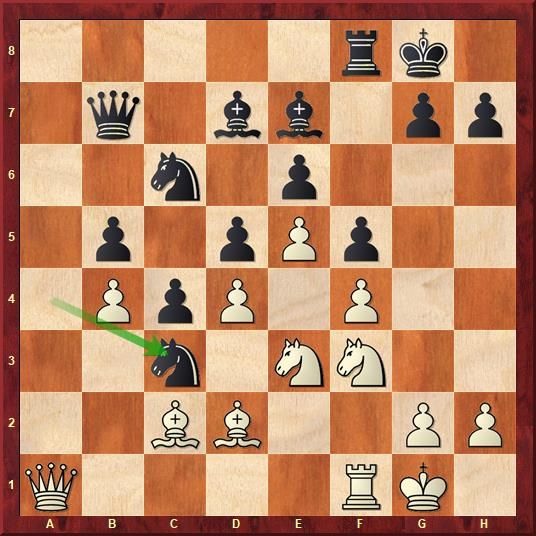 Even though this does not lead to a forced win, this is, perhaps, what was needed to unsettle an opponent like Vidit. The computers can scream equality all they want but after 25.Bxc3 Nxb4 26.Qb1 Nc6, blacks queenside pawn duo looks menacing. Vidit countered well on the kingside but faltered soon afterwards. 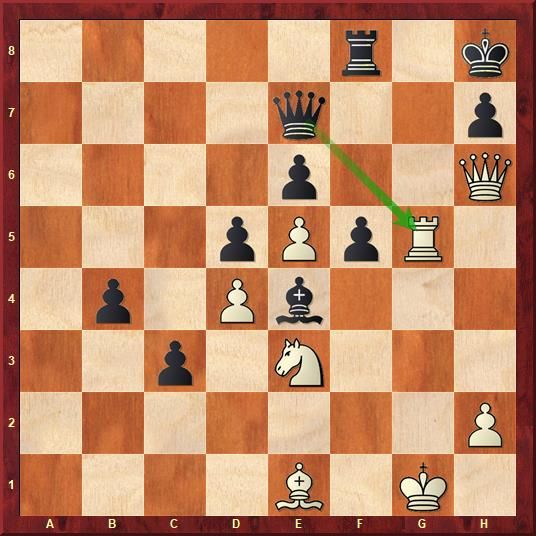 Here again, white is desperately trying to generate an initiative on the kingside. Duda came up with an ingenious solution to liquidate the position. He simply took the rook on g5 with his queen and then trapped the white queen with 41…Rg8. Quite incredibly, white is dead lost in this endgame despite being a whole piece up! 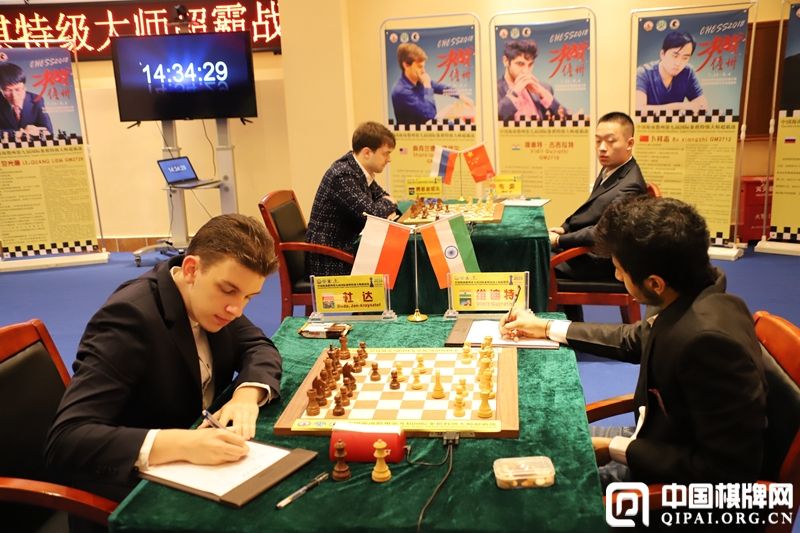 Duda came up with a gnarly tactic to unsettle his ever-solid opponent | Photo: Official website

The man best known for having knocked out Magnus Carlsen from the world cup last year, Bu Xiangzhi played an enterprising game with the white pieces against American GM Samuel Shankland in the inaugural round. Giving up two pawns in a Fianchetto Gruenfeld, Bu generated some strong chances for himself in the middle game. By the 23rd move, he was even close to winning. 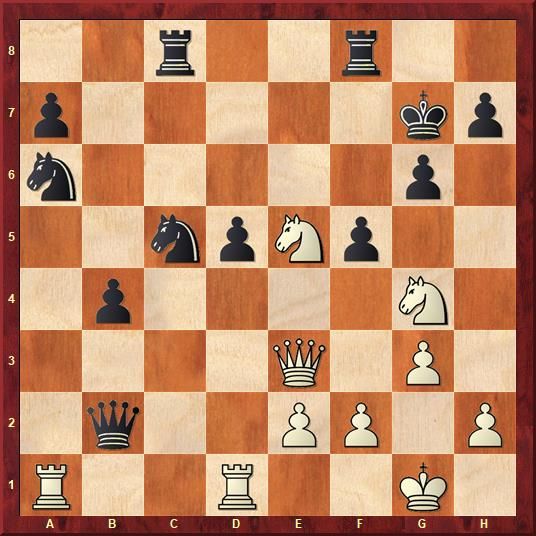 Bu missed this and played 23.Rxa6 instead which led to a more or less even position. But then Shankland again gave up an exchange, leaving himself with a rook and a knight against white’s queen and giving his opponent a winning position once again. 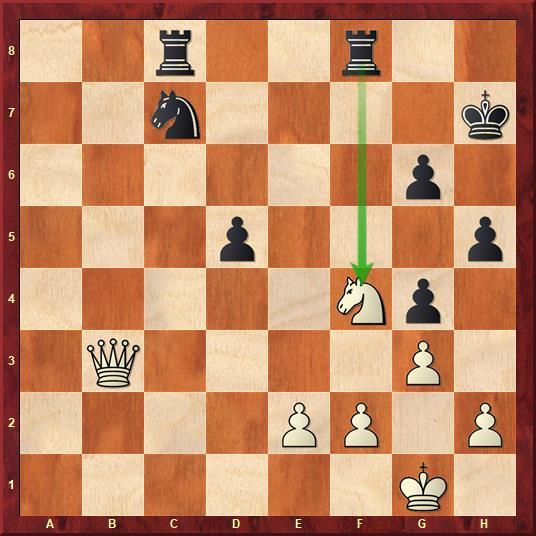 Quite surprisingly, Shankland gave up an exchange here with 31...Rxf4

But once again, Bu failed to capitalize on his opponent’s mistakes and went on to draw in about fifteen more moves. 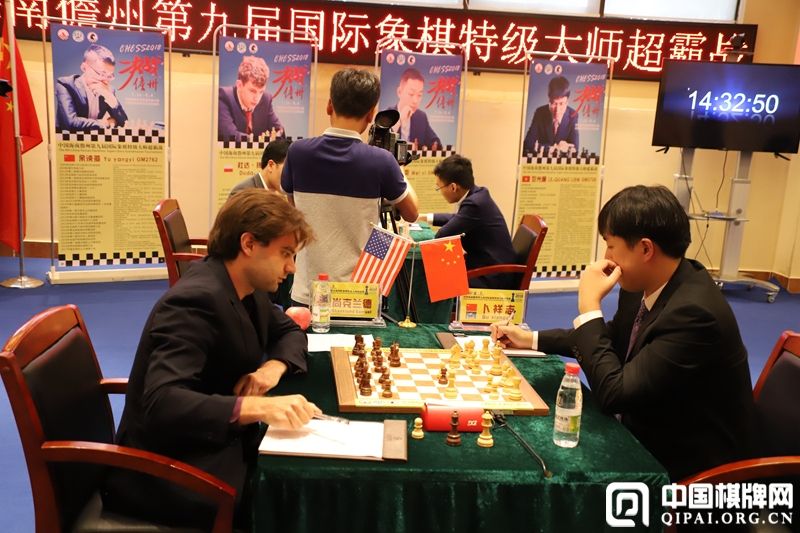 Wei Yi did come up with a novelty in the Bogo Indian but it hardly led him anywhere. Fedoseev quickly broke in the center in response after which the Chinese GM had to acquiesce to a mass exchange of pieces which led to a barren position. Wei Yi and Vladislav Fedoseev agreed to a sedate draw in the opening round | Photo: Official website

Yu Yangyi against Le Quang Liem was the first game to finish and this was no barnburner either. Here again, a mass exchange of pieces right out of the opening led the players into an equal endgame. For argument’s sake, black had an outside passed pawn. A couple of more exchanges drifted the game into an endgame with bishops of opposite colour wherein the players promptly agreed to a draw. 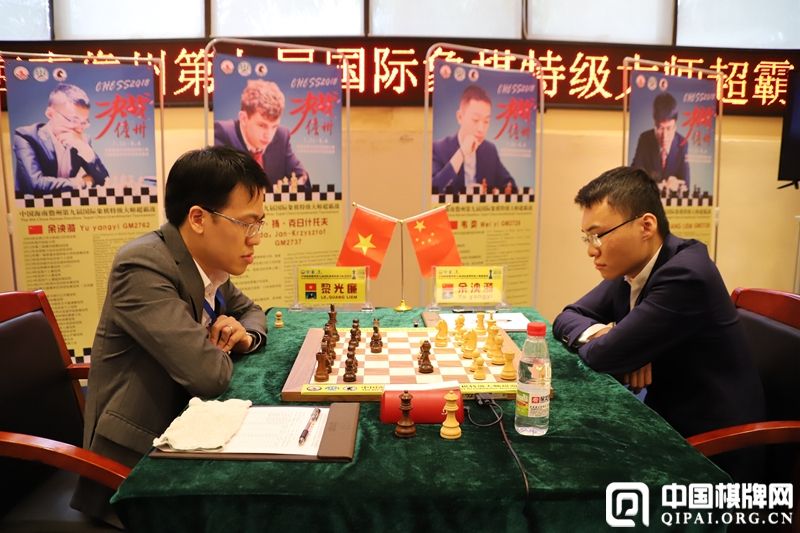 Yu Yangyi's game against Le Quang Liem was the first one to finish | Photo: Official website