The FIDE Grand Swiss 2019 began with a disaster for the five-time World Champion Vishy Anand as he was outplayed by the Russian Grandmaster Evgeniy Najer in merely thirty moves. Vishy's loss was perhaps the most unexpected in a day which saw many small and big surprises. The best result for the Indian contingent was fetched by the 13-year-old Raunak Sadhwani who defeated his strong 2662 rated opponent, Sanan Sjugirov, in an enterprising manner. Adhiban showed some sparkling combinative play to demolish his English adversary Wu Li, while Vidit's technical finesse triumphed over fellow compatriot Sethuraman. In this detailed report we bring you photos, analyses, results, and more from the first day of action here in Isle of Man.

“This was a tiring day for me because it was a very complicated game. When you play such a strong player like Vishy, you have other feelings, especially the feeling of big tension about the game. But after the big tension and the big win, comes time to relax”, concluded a visibly spent Evgeniy Najer after coming out victorious against the five time world champion Viswanathan Anand. The first day of FIDE Grand Swiss 2019 was a mixed bag for the Indian players as two of them lost their games, three won, and the rest ten ended up drawing. The biggest shock however was Anand going down against 2635-rated Najer in just thirty moves. The latter had the white pieces and managed to storm the black king with a fierce sacrificial attack which he described during the analysis as being based more on intuition rather than calculation. 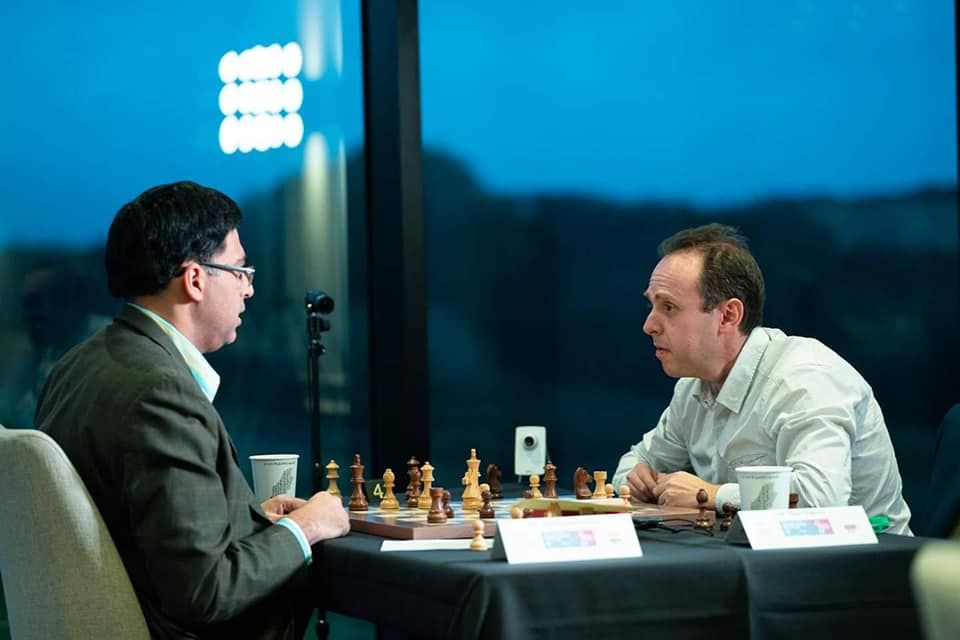 "When you are playing with such a great GM as Anand, you can’t relax at any moment”, Najer (right) observed during an interview with FIDE after the game. It was a moment of great pride for the Russian to beat one of the greatest players ever in the history of the game | Photo: Maria Emelianova 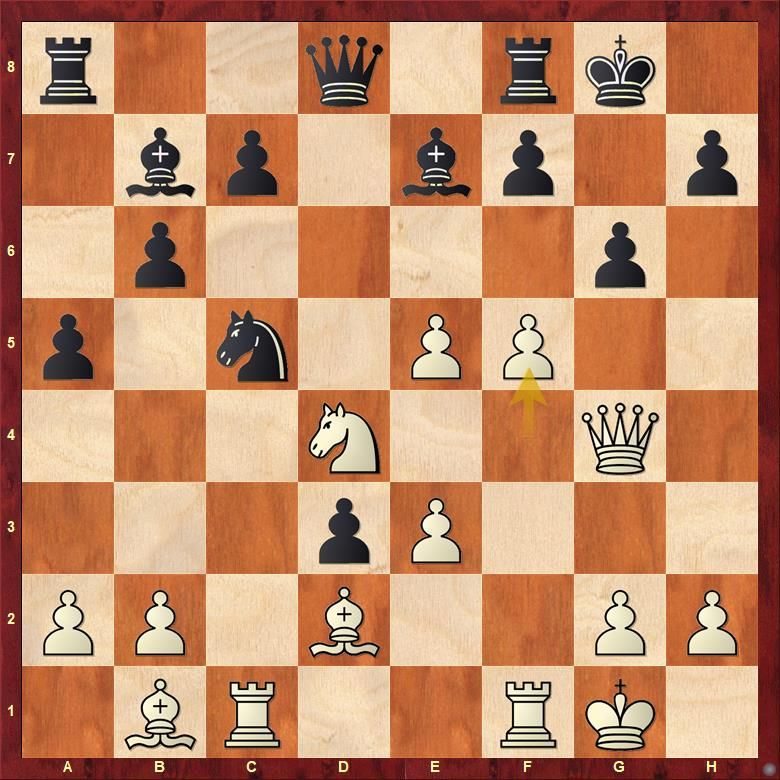 In the above position arising out of a Nimzo-Indian Rubinstein, Najer's 17.Qg4 and followed by 18.f5, with the very direct intention of going f5-f6, set the tone for rest of the game. 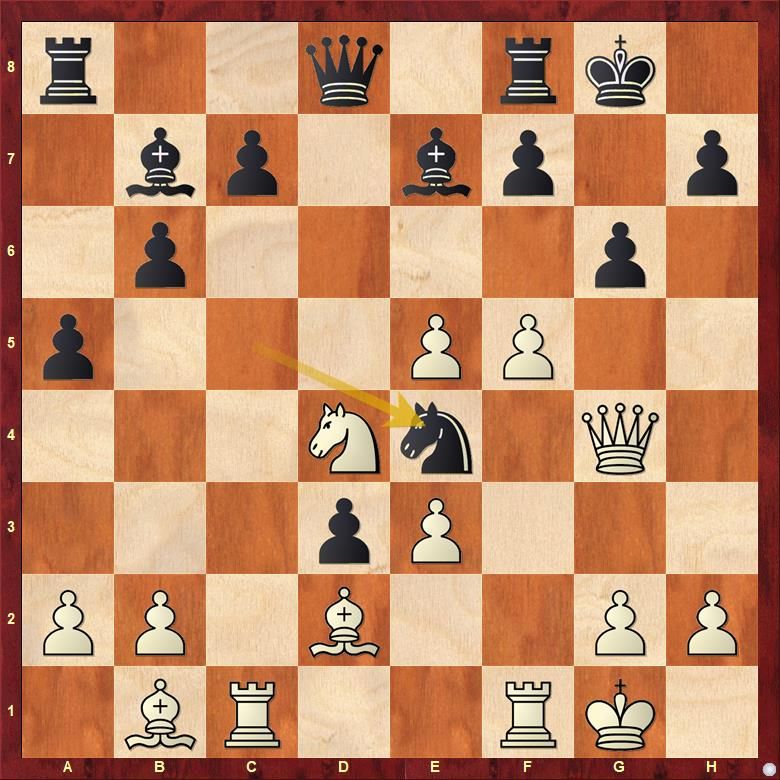 Black had to do something in order to halt White's advances. 18...Ne4 wasn't the most accurate plan, instead 18...h5 19.Qh3 Qd5 would have been a stronger continuation. Can you guess how White pushed forward from here?

This is where the Russian Grandmaster's belligerent sacrifices kicked off. 19.Bxd3 Nxd2 20.fxg6! fxg6 was played, White gave up his bishop on d2 to open up Black's kingside. Next came 21.Bxg6 Kh8 22.Bxh7! and the Indian legend was in some serious trouble. But things were soon about to turn tricky... 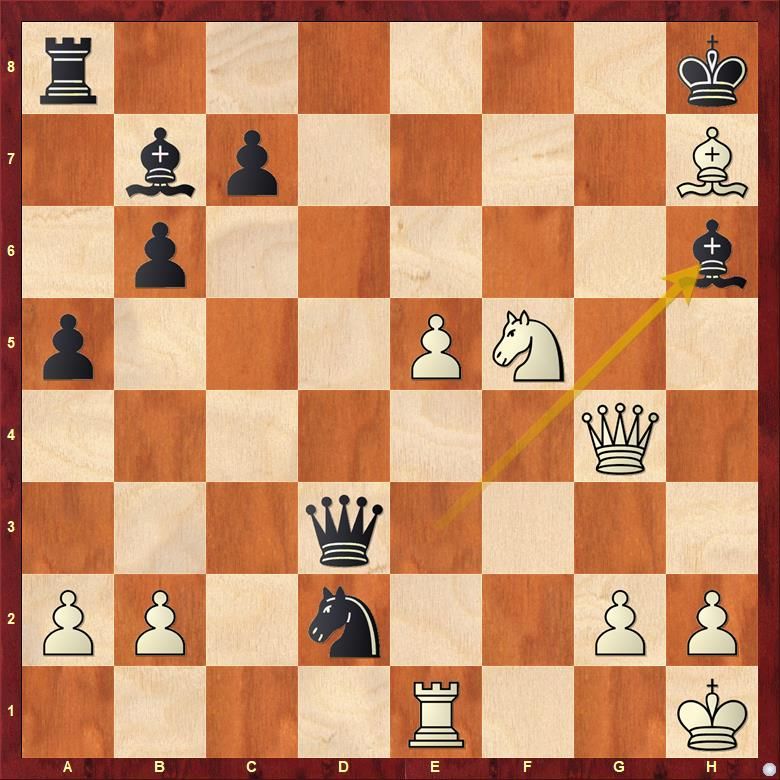 White certainly is in good shape here and very near to victory, yet the position is surprisingly critical and there's really only one move that doesn't let Black regain equality. Try to think about it for a while and see if you can figure the best move out!

In the game 27.Qg6?! was played and this was a mistake as after 27...Bxg2 28.Kxg2 Black had the chance to force a draw. But Vishy missed his footing once again and this time his opponent gave him no second chance. 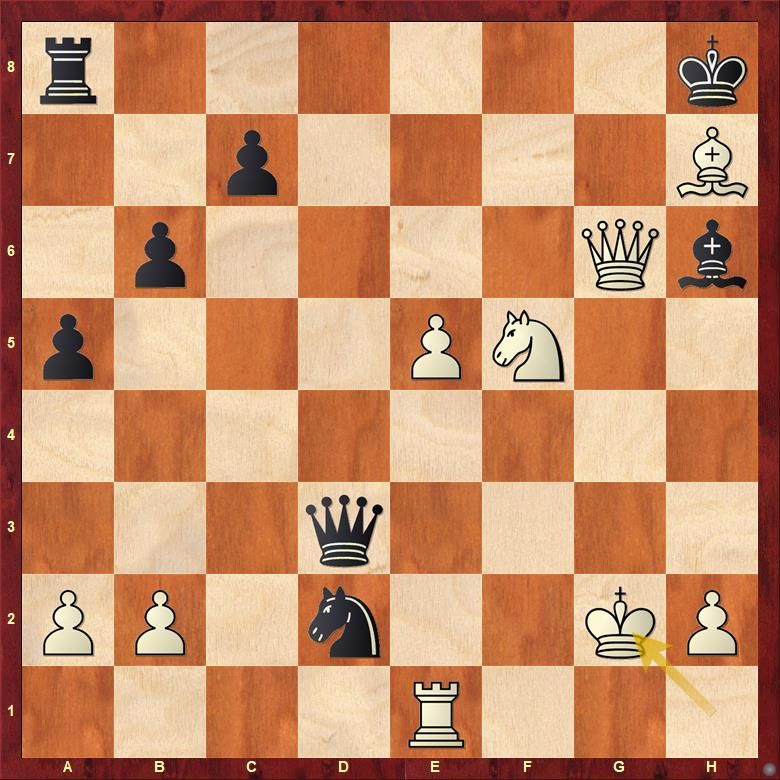 Position after 28.Kxg2: White intends to mate here with Qf6+ Kxh7 Qxh6+ Kg8 Qg7# but now that his own king is exposed, Black has the chance for redemption. Can you see how?

Well, the simple 28...Qf3+ 29.Kg1 Qf4 defending h6 and also threatening Nf3+ would have maintained the balance but Vishy clearly crumbled under pressure here, he blundered with 28...Qd5+. After 29.Kh3 Qd3+ 30.Kh4 White's king escaped, Black had no sensible checks at his disposal and his position was defenseless. 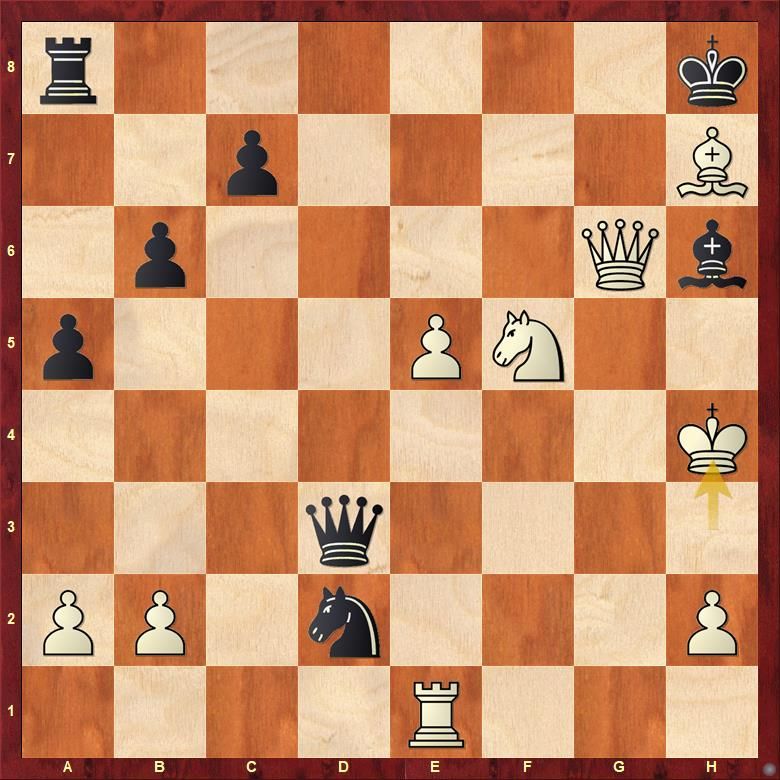 This was the final position on board after only move 30 when the Indian decided to call it a day.

Raunak Sadhwani is just 13-year-old but he played some really uncompromising chess to beat Sanan Sjugirov, a strong Russian Grandmaster rated more than 150 points above him. The distinguishing feature of Raunak's play was his unrestrained style. It was not an absolutely flawless game but the Indian youngster didn't care and kept putting constant pressure on his opponent who ultimately gave in. 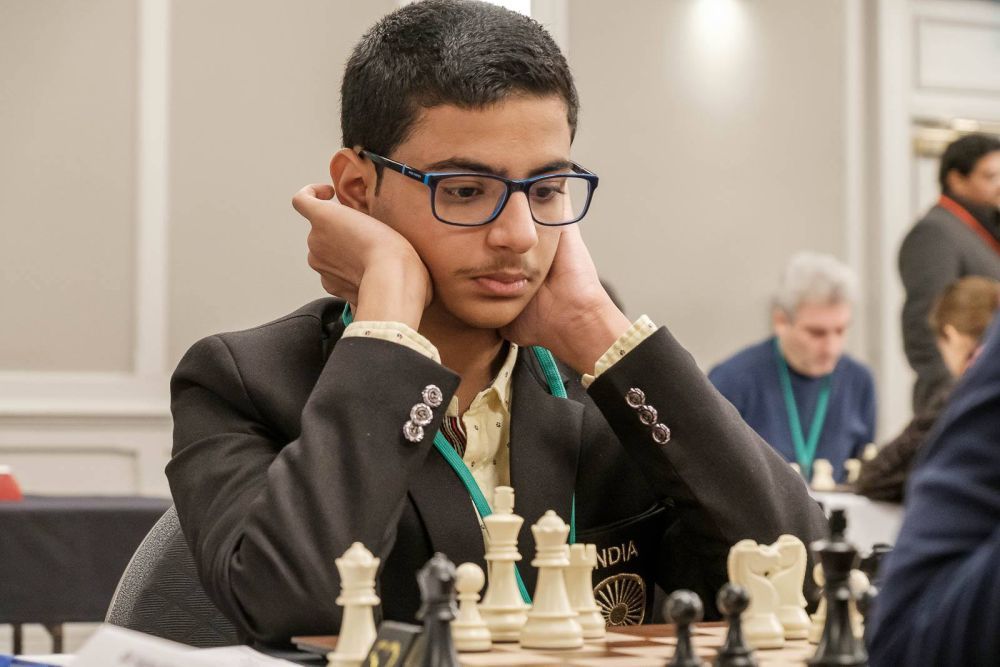 Raunak already has a live rating of 2486. If he gains 14 more Elo points and scores his final GM norm, India may well have its 65th GM before the event ends! In the next round he gets to play against the minister of defense Sergey Karjakin himself | Photo: John Saunders 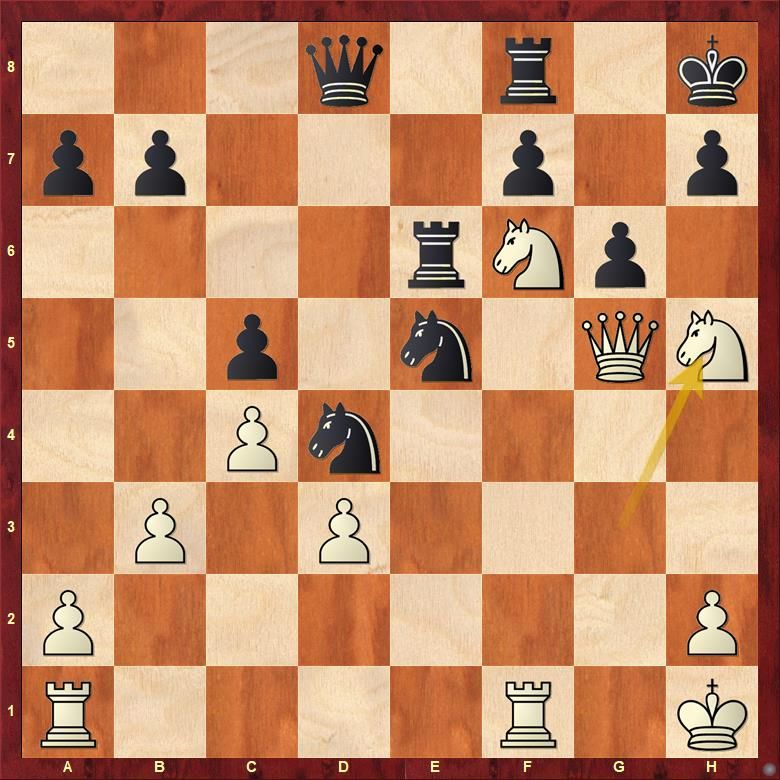 The kind of direct chess Raunak played is reflected in the above position...What would you do in Black's shoes here?

Even though White's queen and knights seem alarmingly close to Black's king but the position has more to it than what meets the eye. The best move here is 28...Qd6 with the idea of going Qc6+ and believe it or not, it is Black who ends up better in the ensuing variations (check annotations below for details). The 26-year-old Russian was however unable to find the complicated lines that could have given him the edge and soon succumbed under the growing pressure. 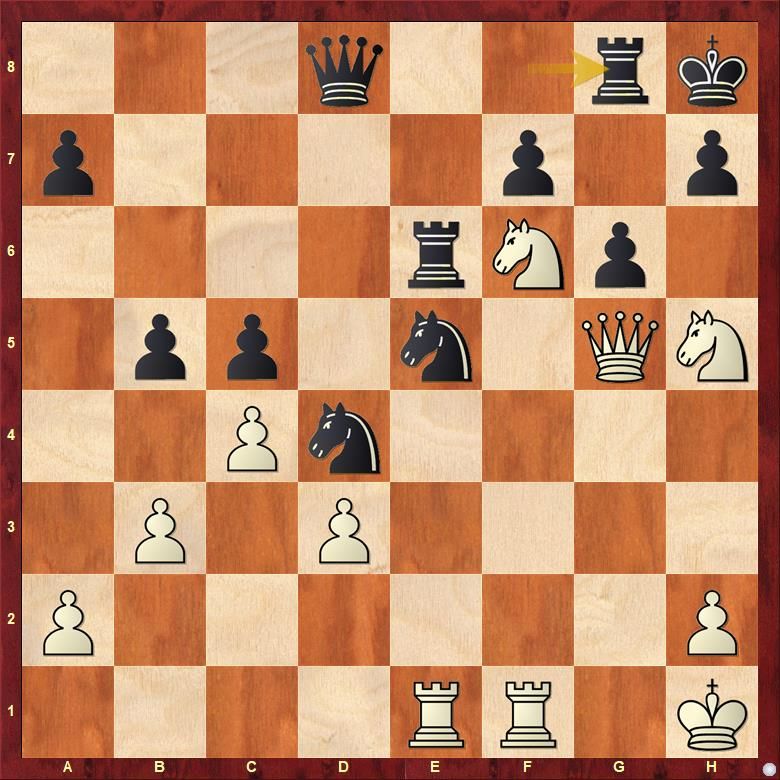 29.Rg8 was the final blunder... Can you see how Raunak finished off from here? Check out the game below for answer.

Adhiban turns on beast mode on the very first day! 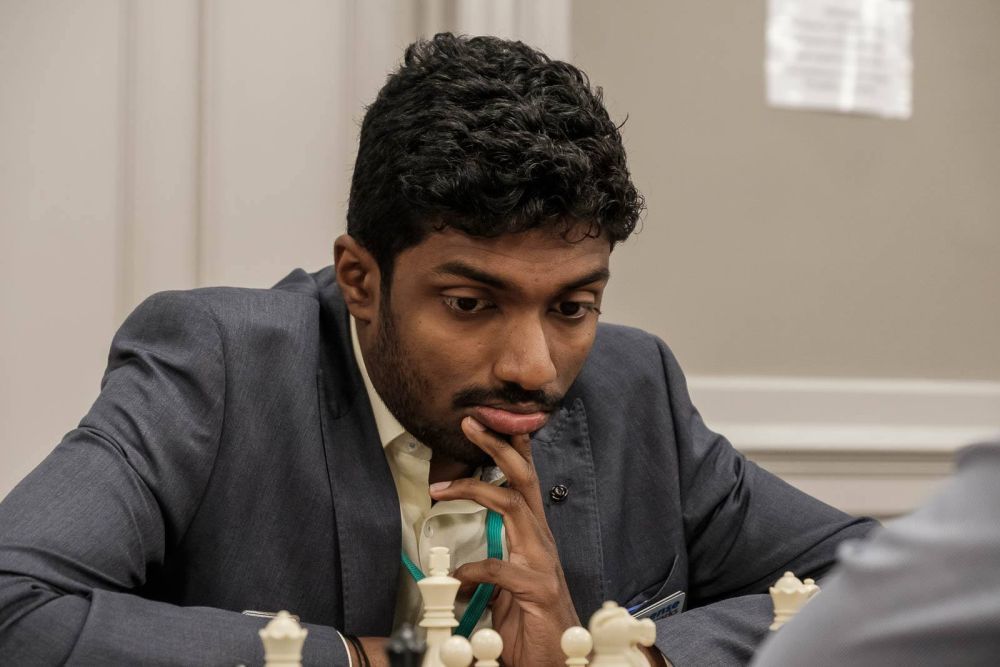 Adhiban was in his element on the very first day of the tournament as he crushed his opponent Wu Li in just 26 moves | Photos: John Saunders 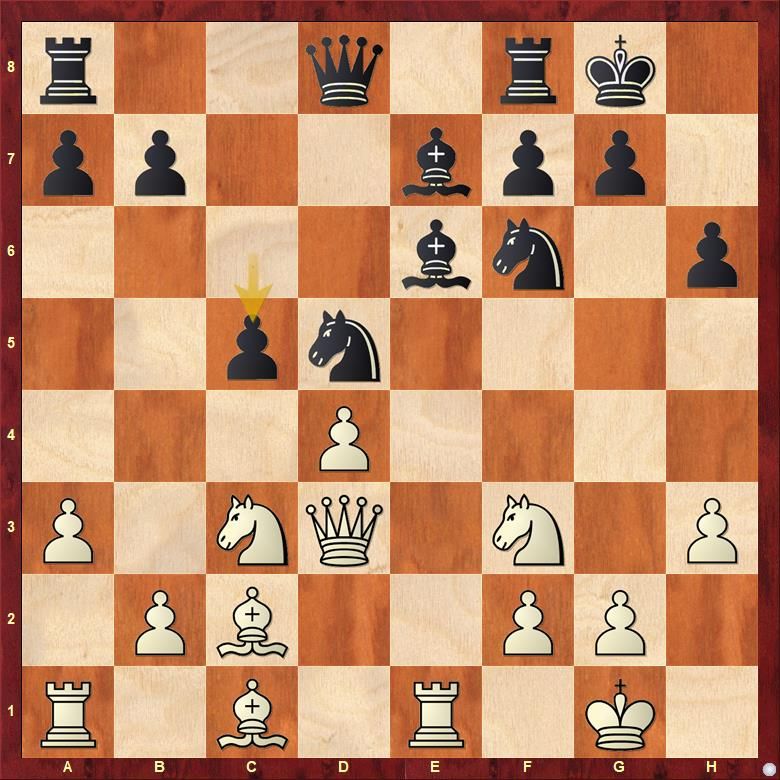 Black has just moved 16...c5, can you play like Adhiban here?

Vidit Gujrathi (left) registered a fine technical win over compatriot Sethuraman S.P. with the white pieces. The former grabbed an extra pawn on move 25 and then played on for 61 moves to convert his advantage and grind his opponent down | Photo: Maria Emelianova 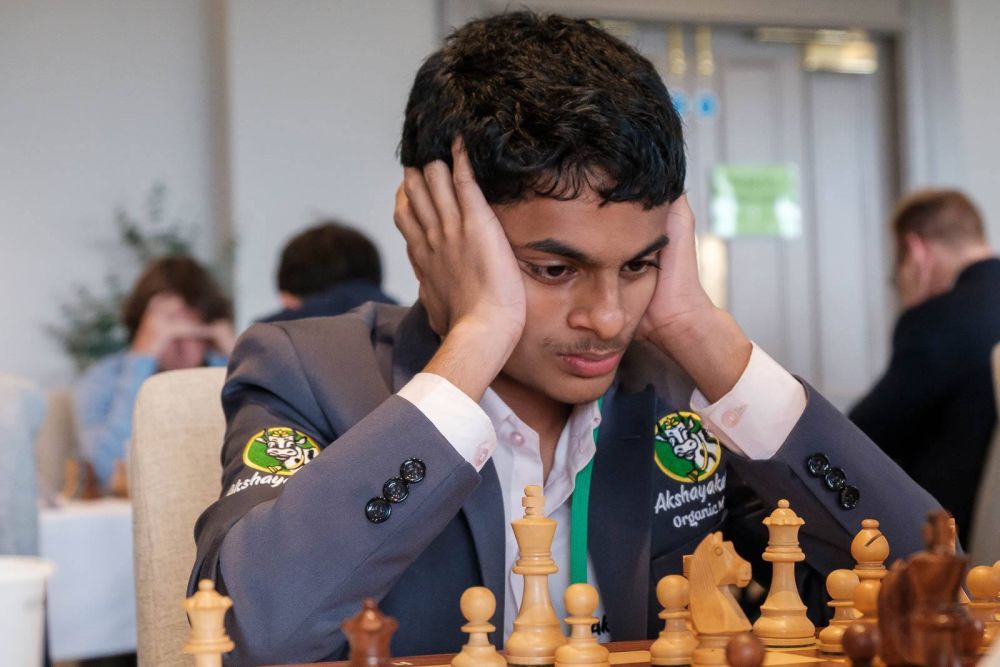 Nihal Sarin played solidly to hold the American Grandmaster Gabriel Sargissian to a draw. The Indian phenom will face Boris Gelfand in the next round with black pieces, that would be an interesting match up to follow| Photo: John Saunders 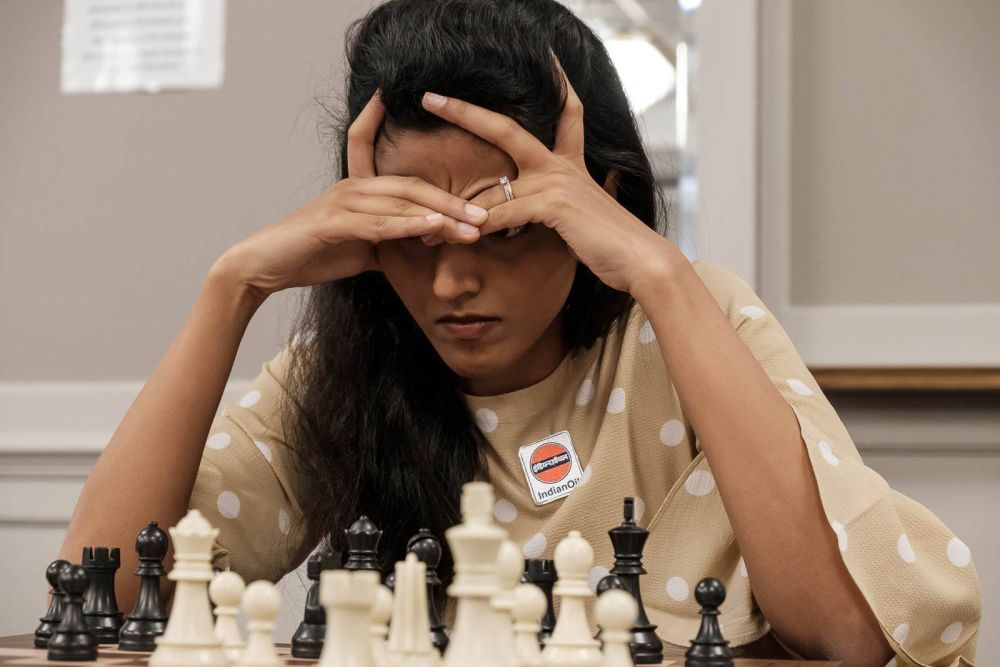 Harika Dronavalli, who is incidentally the highest rated female player in the event, also held the Hungarian GM Ferenc Berkes to a draw after 95 moves | Photo: John Saunders 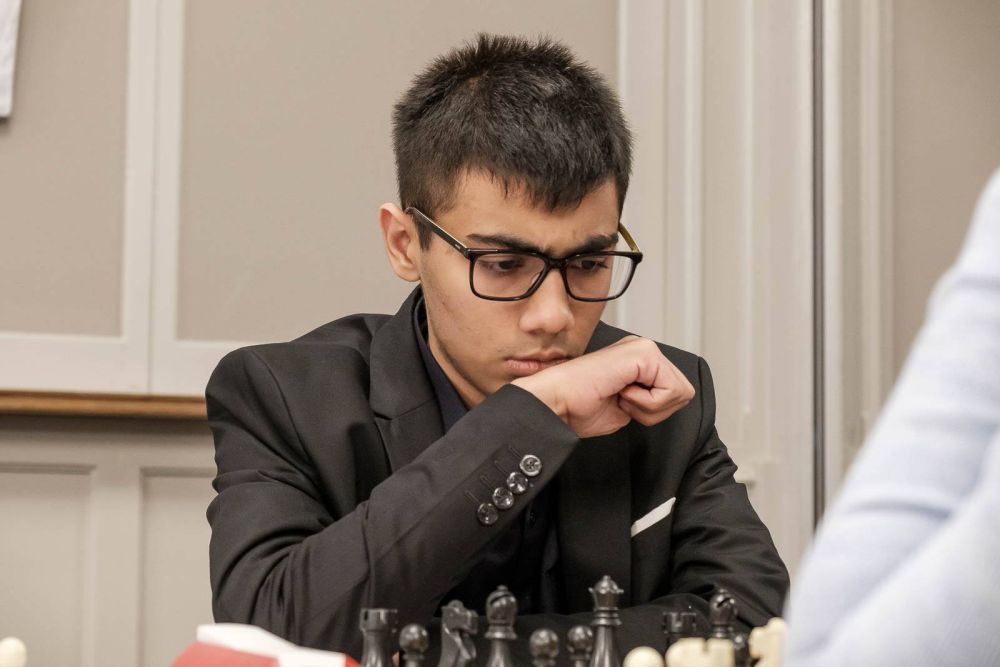 Prithu Gupta was the second Indian, after Sethuraman, who suffered defeat in the hands of Vladimir Fedoseev | Photo: John Saunders

Results of round 1 for Indian players

Pairings of Indian players for round 2