The FIDE Candidates 2022 tournament is the ultimate qualifier for the FIDE World Championship. The winner of the tournament becomes the Challenger for the world championship and earns the right to face the reigning World Champion Magnus Carlsen in a Match. It will be held from 16th June to 5th July at the Palacio de Santona in Madrid, Spain. Eight grandmasters have qualfied to this event in various ways to play in this double Round-Robin event. They are - Ding Liren (CHN), Alireza Firouzja (FRA), Fabiano Caruana (USA), Ian Nepomniachtchi, Richard Rapport (HUN), Hikaru Nakamura (USA), Teimour Radjabov (AZE) and Jan-Krzysztof Duda (POL). Round 1 starts today at 6:30 p.m. IST. Who is your pick to win the FIDE Candidates 2022? Photo: Official site

The event to determine the next World Championship Challenger

Who is your pick to win the tournament? Mention the name of the player, predict his final score and why he is your favorite in the comments below. Answer must be submitted before the first round begins. The prize is the new chess book - The Arkhangelsk Ruy Lopez - Repertoire for Black by GM M Shyam Sundar.

Five of the eight participants are in World Top 10 | Photo: Official site 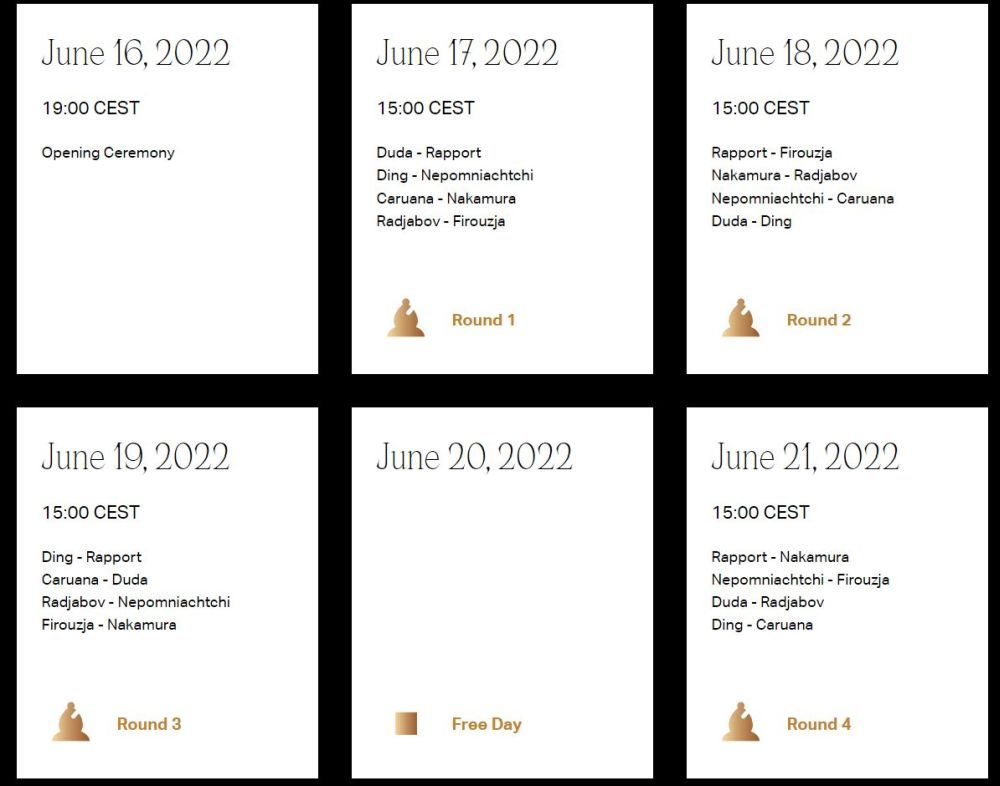 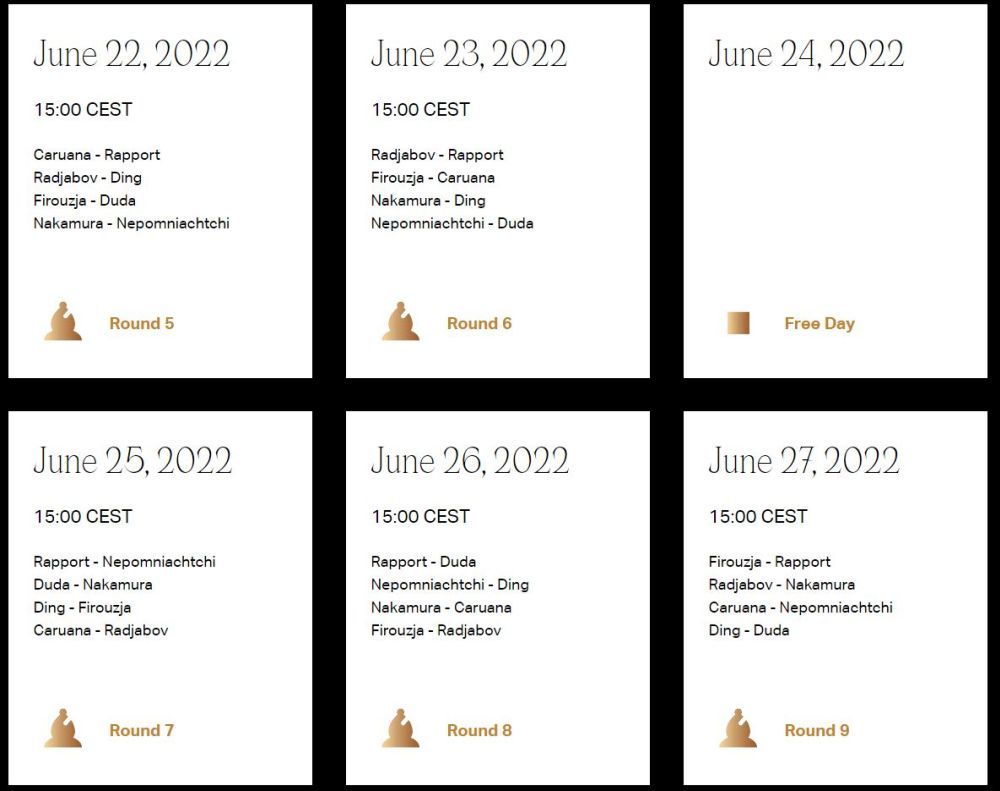 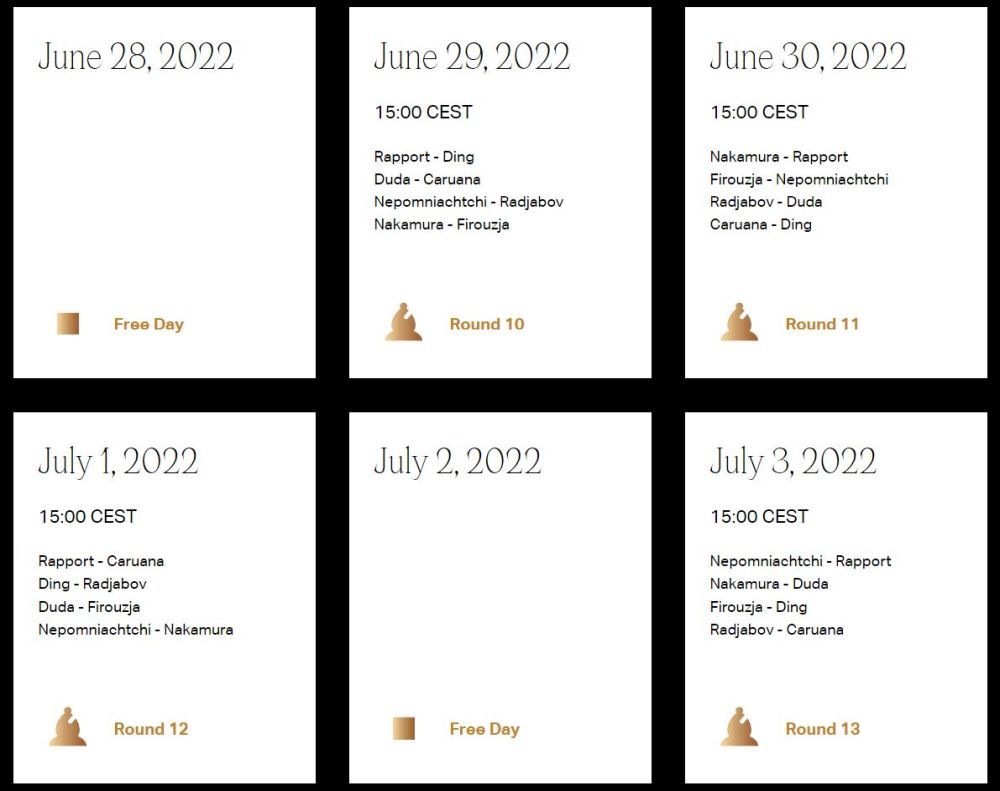 There is a rest day after every three rounds | Photo: Official site

The tournament is played as a double round-robin (all play all twice) with 14 rounds. The time control for each game is 120 minutes for the first 40 moves, followed by 60 minutes for the next 20 moves and then 15 minutes for the rest of the game with an increment of 30 seconds per move starting from move 61. The players cannot draw a game by agreement before black’s 40th move. A claim for a draw before black’s 40th move is permitted only in cases of a draw by threefold repetition or a stalemate. If there is a tie for first place after 14 rounds, a playoff to determine the winner shall be played. The total prize fund of the tournament is €500000. 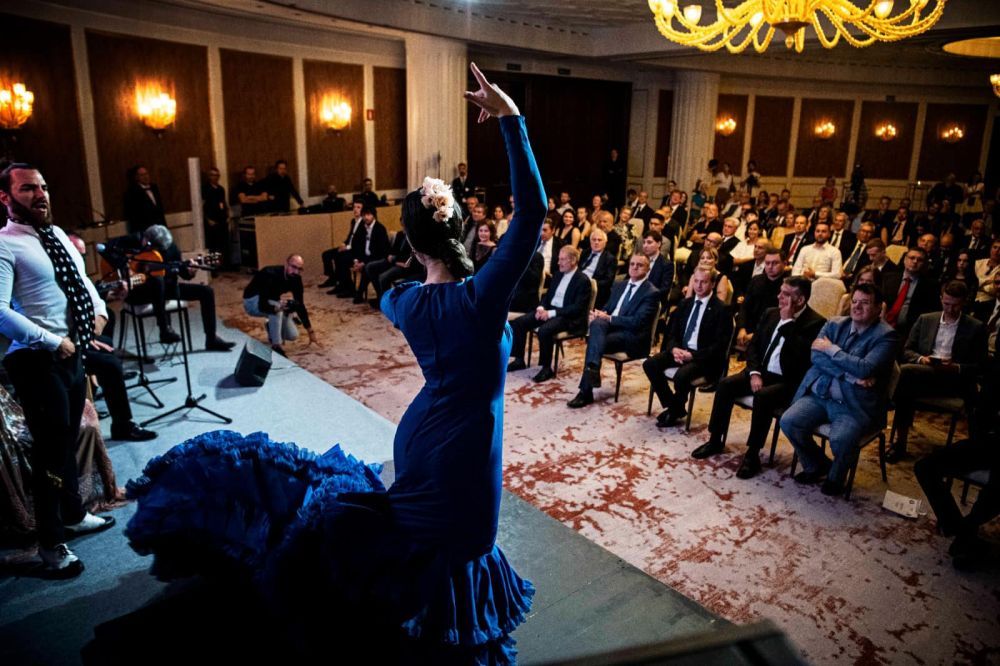 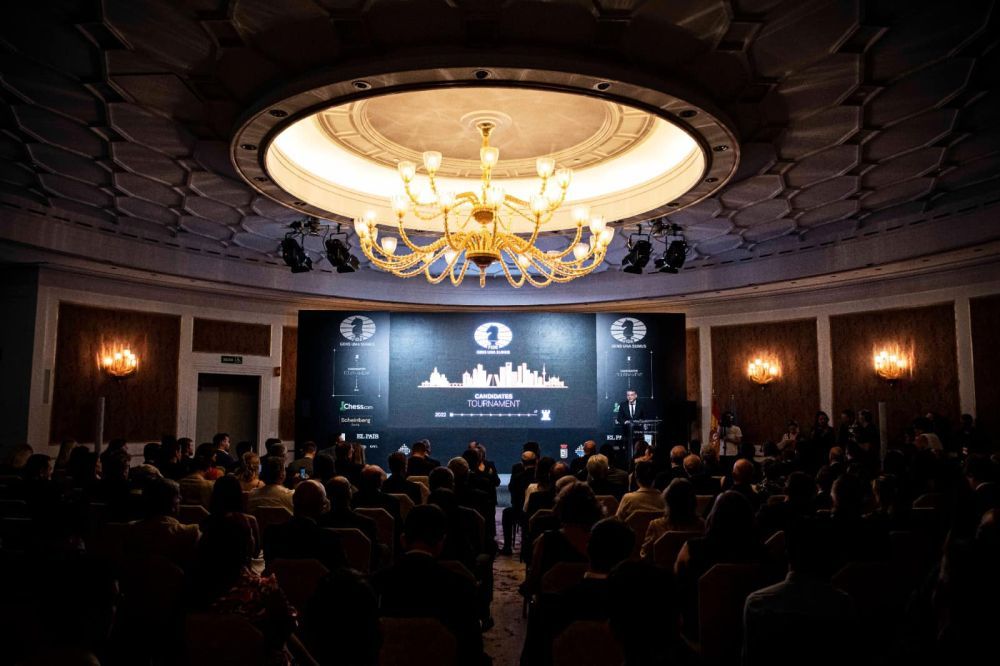 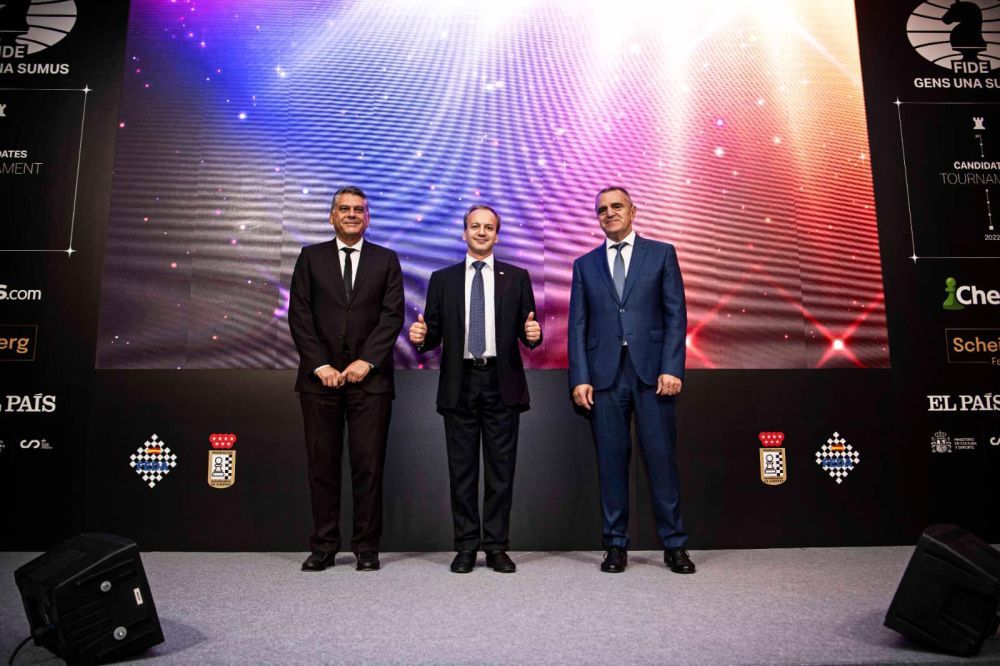