Generally when someone wins a major event, they tend to take a break for a while. That's not how Aravindh is. He is the reigning National Triple Crown champion and after winning Gold in FIDE Online Olympiad, he did not slow down one bit. After a historic Gold at the Online Olympiad, he led Team India win Silver at 2020 SCO National, earlier he won Letsup MCA GP Blitz 5 and now he won One Belt One Road International Blitz and Rapid. The tournament had qualifiers and knockout stage. Reigning Women's World Champion Ju Wenjun and former World Cup winner and World Championship Challenger Boris Gelfand 's participation made sure the tournament is a really strong one. Find out Aravindh's path to championship from himself in this event. Photo: Amruta Mokal

Reigning National Triple Crown Champion and FIDE Online Olympiad Gold medalist GM Aravindh Chithambaram won One Belt One Road International Blitz and Rapid by beating compatriot Raunak Sadhwani by 3-1 in the Finals. The tournament was held between 1st and 6th December in two stages - three Swiss league qualifiers and then knockout format between 32 players. Reigning Women's World Champion Ju Wenjun and former World Cup winner and World Championship Challenger Boris Gelfand also participated in the event. There were many other strong players and blitz specialists like Andrew Tang was also in the event. Four Indians advanced to the Round of 16 stage - GM Narayanan S L, GM Aravindh Chithambaram, GM Raunak Sadhwani and IM Mitrabha Guha. Apart from these, GM Gukesh D was the only other Indian to qualify to the Knockout stage.

Aravindh has been in terrific form in the online events lately | Photo: Amruta Mokal

I caught up with Aravindh to find out about his fantastic performance, best game and more.

Shahid Ahmed (SA): Congratulations for winning One Belt One Road Online International Rapid and Blitz. How does it feel to win the tournament after missing the opportunity to qualify in the first two Qualifiers and then qualifying via the third one?

Aravindh Chithambaram (AC): Thank you! Yeah I never thought that I would win the title after struggling so hard to make it to the knockout stage.. Just pleased to have won my first big online individual Chess tournament!

SA: In the first game against Andrew Tang (penguingm1) when you went with 20.Nfd6, did you miss 20...Qh3 or you just didn't count on him to play accurately as he was low on time (about 19 seconds)?

AC: Honestly, I missed 20...Qh3 but the position was already equal (maybe, even better for black) despite the wrecked pawn structure. Actually, I had foreseen till Ne4 when I took on c5 (thought that I can put pressure on light squares) but I didn't judge the position properly. 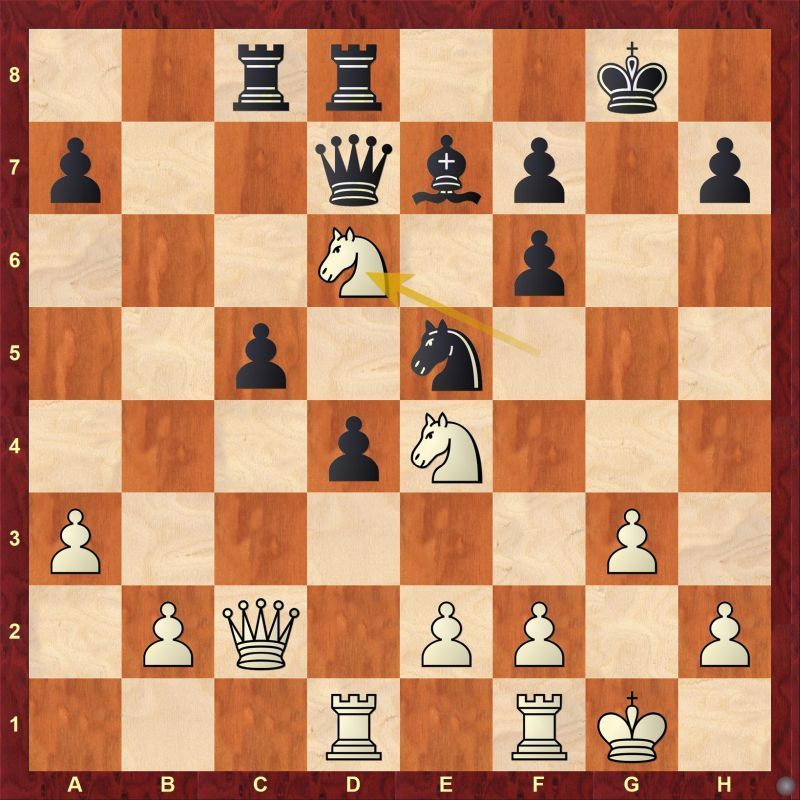 SA: How did you manage to make a strong comeback by beating the bullet specialist Andrew Tang in just 19 moves in the Armageddon after losing the previous game?

AC: I knew it was not going to be easy in game 2 after winning the game 1, so I kept my mind open for all kind of results, which I feel didn't affect me in Armageddon.

SA: In the first game of the Quarter-Finals against Abdusattorov, things could have gone differently after 32.Rh5. It is understandable because you were pretty low on time, so you had to play quickly. However you managed to recover well by not only winning that game but the next game too. How do you do that?

AC: It was a quite complicated game where both of us had to consume a lot of time in the middlegame. As you said, things could have gone any way in time pressure but it was nerves which played at the end. That win not only gave me a point but also huge confidence for game 2.

SA: About 500 players took part in this event including the reigning Women's World Champion Ju Wenjun and former World Championship Challenger and World Cup winner Boris Gelfand. What is your evaluation of the tournament strength?

AC: Definitely it is a strong tournament and so the presence of Ju Wenjun and Gelfand elevated this tournament to a next level! 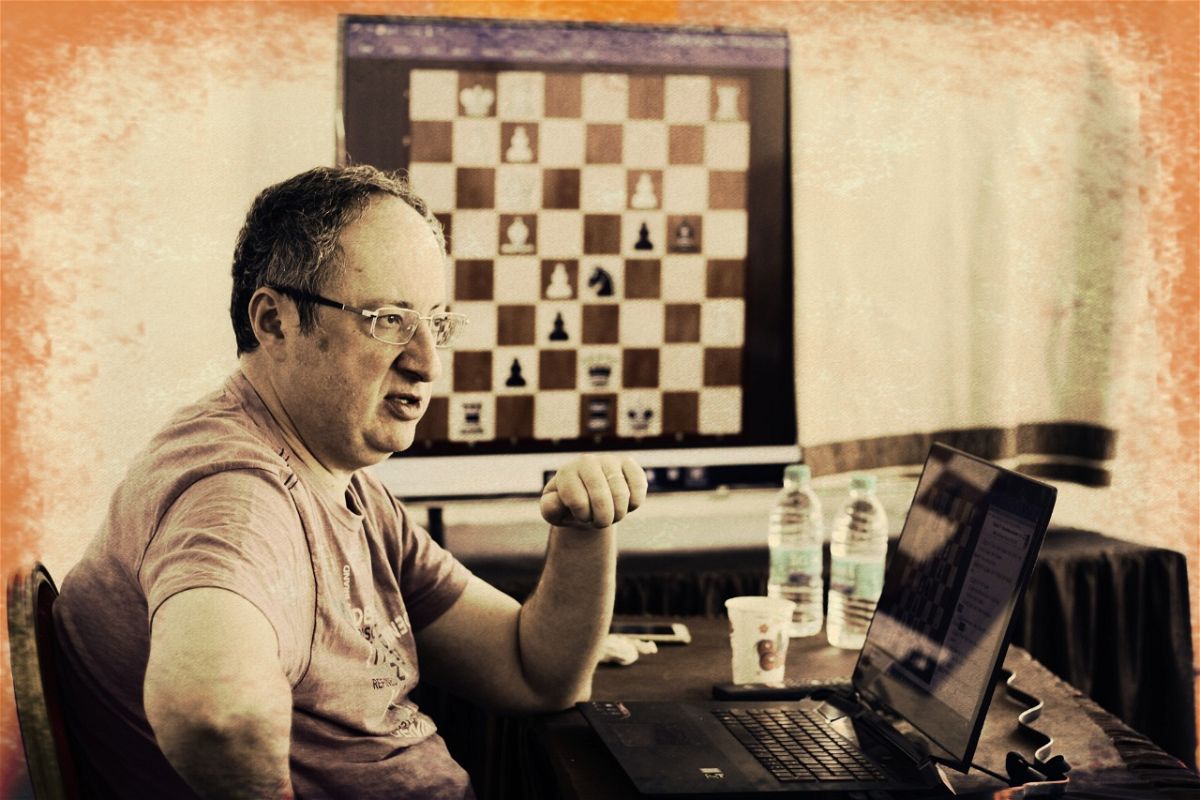 Gelfand's presence is always a delightful one | Photo: Amruta Mokal
So is the presence of the reigning Women's World Champion - Ju Wenjun

SA: Four Indians qualified to the final 16 in the Knockout stage and you faced Raunak Sadhwani in the Finals. Did you expect to face a compatriot in the Finals when you saw the Pre Quarter-Finals brackets?

AC: Honestly didn't have time to think about all this, as I was busy playing Among Us, Skribbl etc. :D

Among Us and Skribbl are popular games among streamers and chess players too | Photo: Steam and skribbl.io

SA: Which is your favorite game among all the games you have played in the tournament?

AC: I really liked my game against Lenderman in Armageddon. Just because, it is the kind of a game I wanted in an Armageddon game.

SA: Who was the toughest opponent you faced in the entire event?

AC: If I have to choose one, I will go for Andrew Tang. I don't have a good score against him in shorter time controls so it was more challenging to me.

SA: Do you like this Qualifiers + Knockout format or regular Swiss league system?

AC: Knockout format is quite interesting & challenging so I like it more than Swiss system.

SA: You have won several events throughout the lockdown since March. How are you keeping yourself in shape and what do you have to say to those players who are lacking motivation due to over-the-board chess tournaments taking a pause for a while?

AC: Have been working on chess with my coach Ramesh RB despite the lockdown and I have adopted me to online chess I guess. Regarding the players who are lacking motivation, I suggest them to use this period wisely and try to be ready for the future. Over-the-board tournaments can even start on Jan or Feb! Who knows :)

SA: Thank you Aravindh for taking the time to answer these questions, I wish you all the best in your future endeavors.

Aravindh beat Raunak in the Finals to win the tournament

Replay all games of Aravindh