IM Pranav Anand showed his tenacity against GM Sethuraman S P. Despite having a completely lost position, he persevered and waited for his opportunity. When the former Asian champion missed plenty of chances to score a win, the 15-year-old seized his opportunity and walked away with a win. GM Aryan Chopra scored an emphatic victory over GM Leon Luke Mendonca. GM Visakh N R had a calm draw with GM Shant Sargsyan (ARM). Visakh will face Aryan and Pranav will be up against GM Kirill Alekseenko. GMT Round 4 and MTO Round 6 starts today at 2 p.m. local time (5:30 p.m. IST). Photo: Biel Chess Festival

Surya Sekhar Ganguly in the chase

Seven players are trailing by a half point at 4/6 each. GM Surya Sekhar Ganguly is the sole Indian among them. He drew his fifth round game against GM Alexander Motylev.

To win against a strong player one does not need to outplay them. Quite often one may end up having an inferior position which is alright, as long as one has the tenacity to overcome all odds. IM Pranav Anand (2463) was completely lost against GM Sethuraman S P (2623). 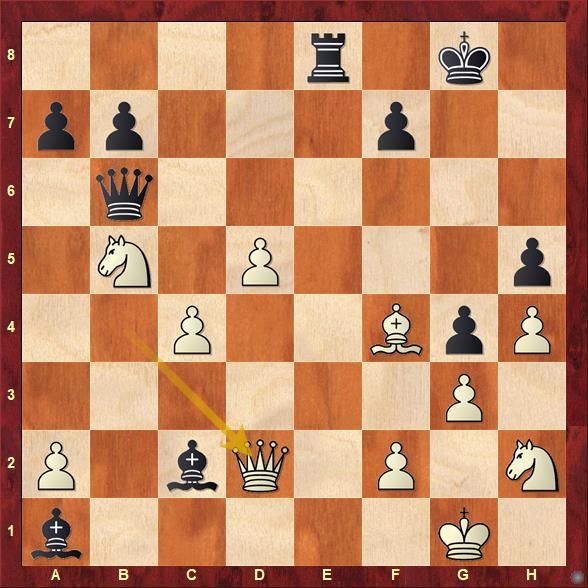 27...a6 28.Nd6 Qb1+ threatening Re1 in the next move, was perhaps the simplest win for Black in the entire game. However, Grandmasters are human too. He missed this opportunity and a few more. Pranav soon managed to equalize the position in the next few moves and then went on to win the game with some precise play.

GM Aryan Chopra (2610) launched a very nice attack on the kingside after GM Leon Luke Mendonca (2567) did not get rid of his opponent's knight quick enough and lost few tempi. 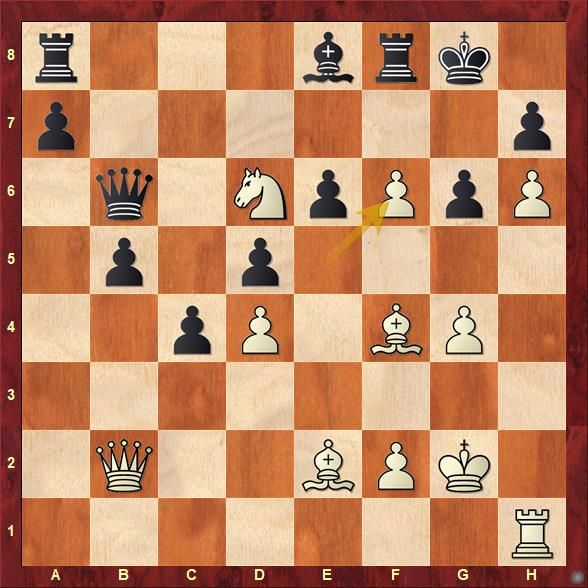 The usual instinct is to recapture the pawn 29...Rxf6. However, here Black needed to get rid of the d6-knight quickly as the f6-pawn alone is not menacing, moreover it only blocks the long diagonal for White's dark-square bishop. 29...Rd8 30.Nxe8 Rdxe8 keeps Black in the game. The game continued 30.Be5 Rf8 31.Bd1 Rd8 32.Nxe8 Rdxe8 33.Bc2 Rf7 34.Bxg6! and it's a matter of time before everything starts falling apart on the kingside. 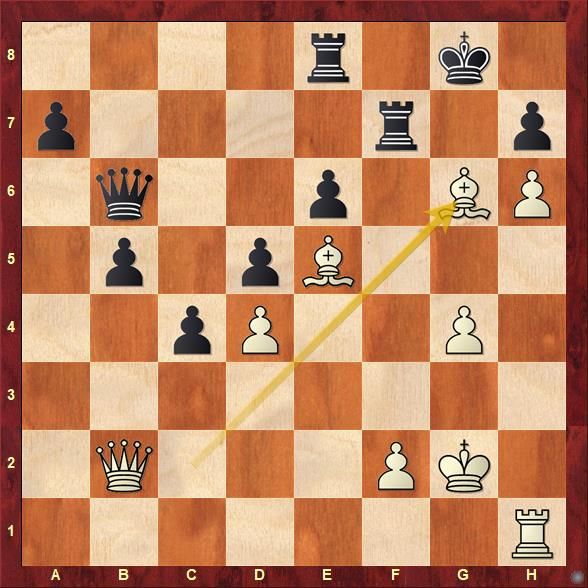 Both bishops are piercing Black's kingside. White won the game in another eight moves.