It was a thrilling round against Turkey. The Indian team was so close to winning. However, in the end it was just a draw with one win exchanged and two draws. Sasikiran was our man of the match as he defeated Emre Can. Adhiban lost to Yilmaz. Negi was close to winning, but blundered and very nearly lost. In the end he and Vidit drew. In the women's section Indians were beaten comprehensively by the Russians with a score of 3-1. In this report we have game analysis of all the eight encounters and an important lesson on the rule of Photographic draw.

It was a real edge of the seat action at the sixth round of the World Teams 2017 for Indian fans. It was as if the unstoppable force was going to meet an immovable object. India with its last three consecutive wins were in great form. On the other hand Turkey had not lost even a single game, leave alone match. In that sense it was going to be an exciting match up. Rating wise India was the favourite, and until a certain point it seemed as if victory was ours! However, some last minute errors and the match was drawn. 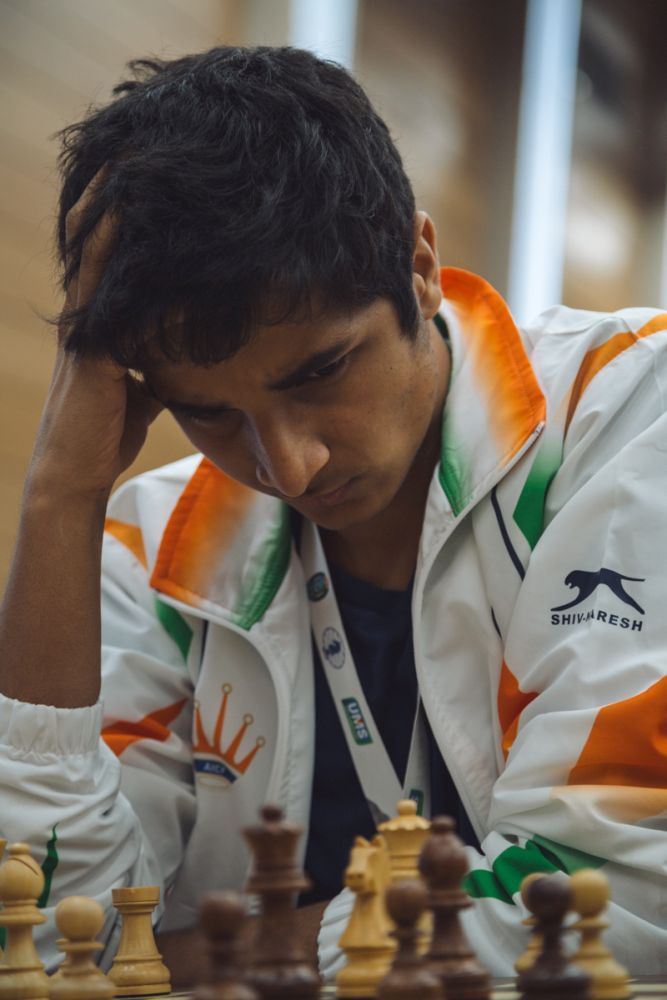 Vidit has held the first board pretty well. But he has not been able to breakthrough his opponent's defences. After the first round win against Wojtaszek, his next five games were all drawn.

Vidit was surprised in the opening by Dragan Solak, as the Indian consumed a lot of time. Not something that we are accustomed to from Vidit, who is usually excellently prepared. Solak, like he has been doing in the tournament, kept making strong moves and was able to get a fine position. Before things went out of hand, Vidit made a smart move and offered a draw. 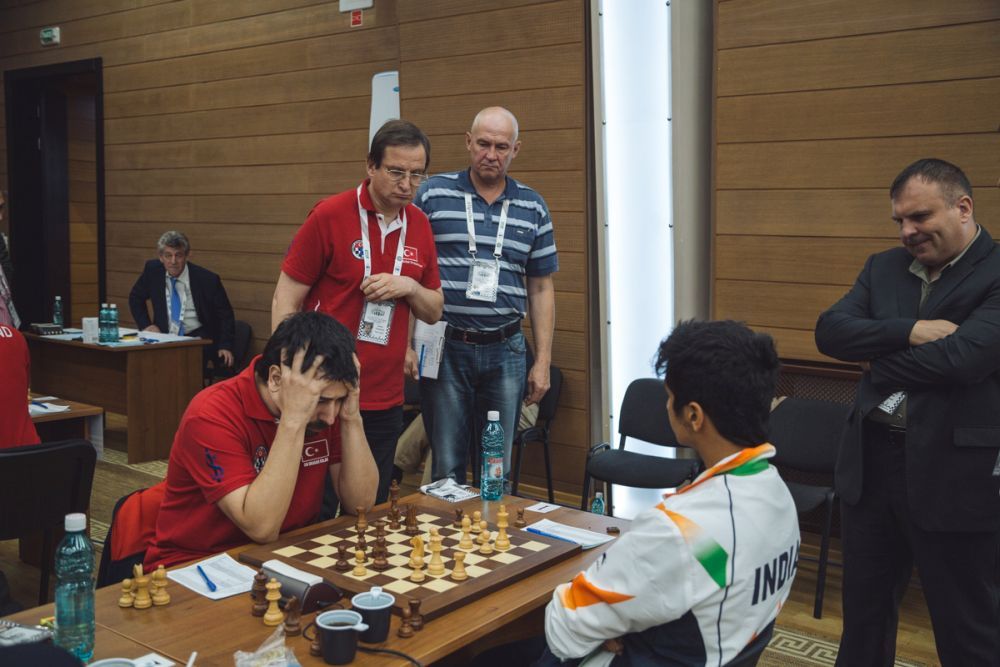 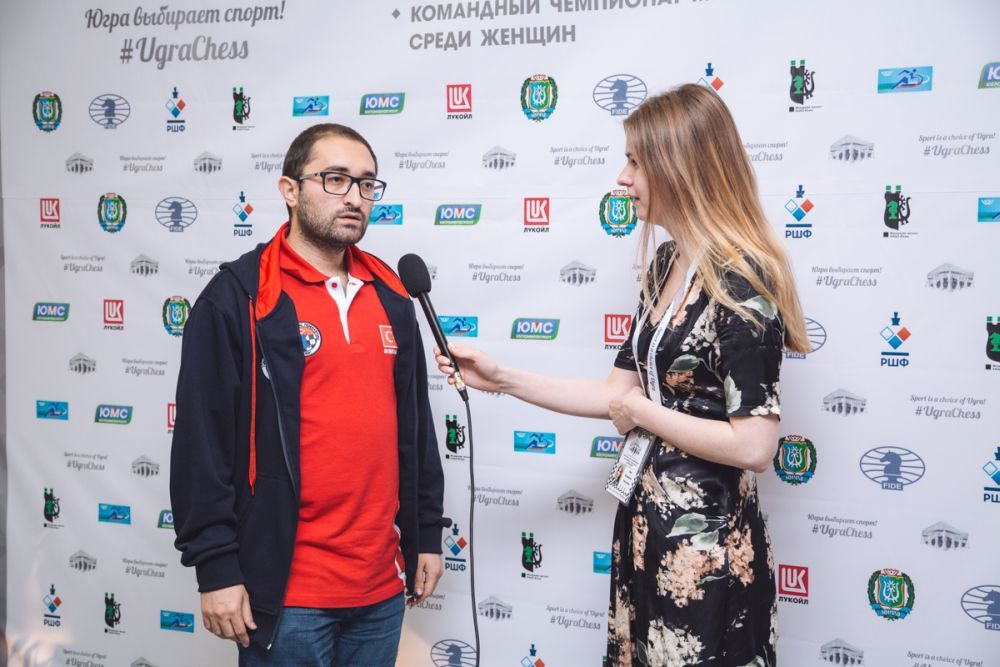 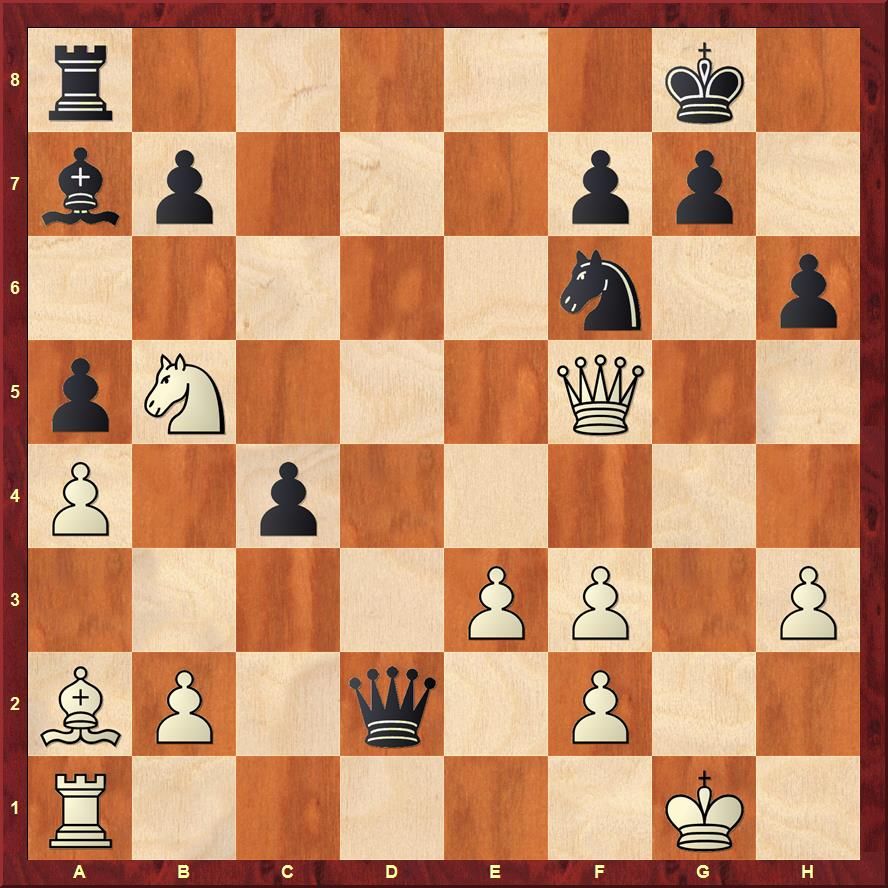 After the game was completed one of the regular readers of the ChessBase India newspage Raghu Ram wrote to us saying, "Wasn't Adhiban's game a photographic draw?" Well, it was almost a draw, if it were not for one insignificant detail!

Most of us know the rule of three fold repetition. If the same moves are repeated thrice the position is drawn. However, there is another draw in chess which not many are aware of. It's called the photographic draw. This means that if the same position is reached three times over the board on any move number during the game, the battle is drawn. All that is required is for the same position to arise thrice. 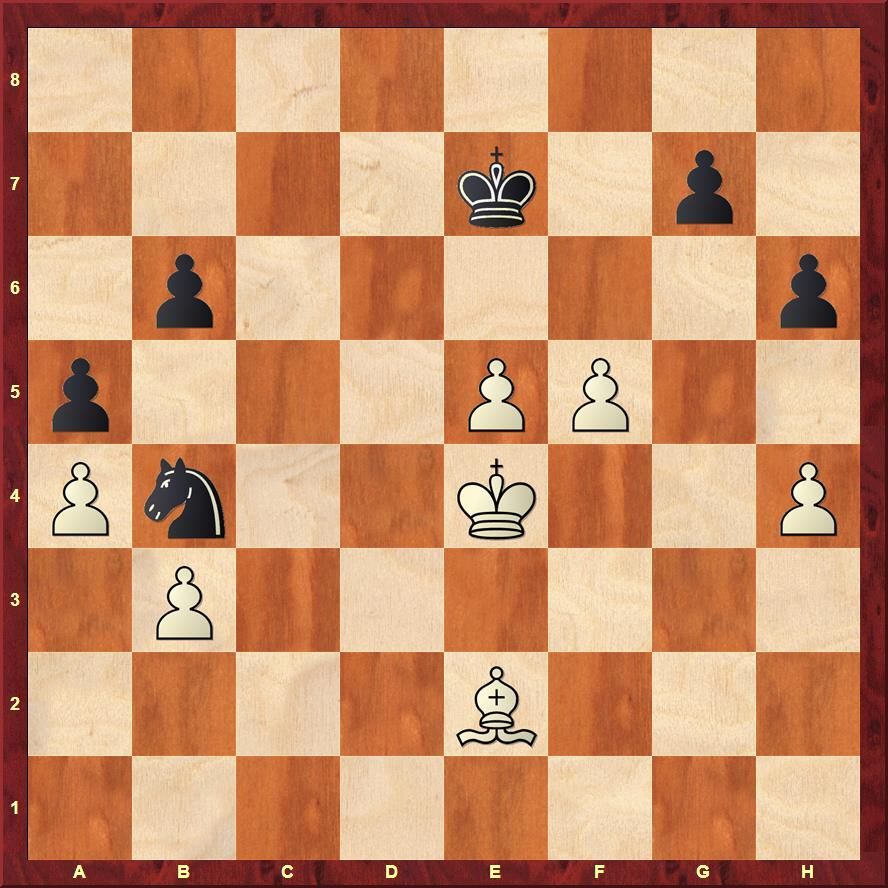 This position arose on Adhiban's board thrice. Once on move 59, second on move 63 and third on move 68. So why didn't Adhiban claim a photographic draw. One very important detail here is that on the first and second occasion it was Black to play in this position. While in the last repetition it was White's turn to move! That's the reason why the game was't drawn. Or else India would have won the match against Turkey! 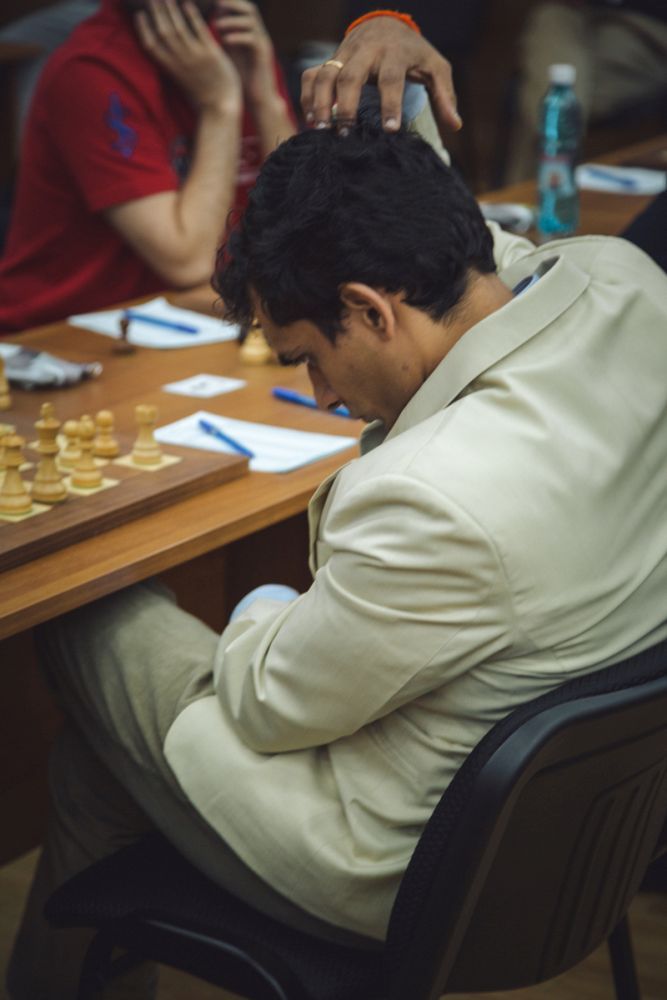 If there is one man who is showing great resurgence as a chess player, it has to be Sasikiran Krishnan. The man is simply on a roll.

Sasi played a beautiful game from the white side of the Sicilian Najdorf to bring home a crucial point for the team. With 3.0/4, Sasi is our go-to-man when we need a decisive result! 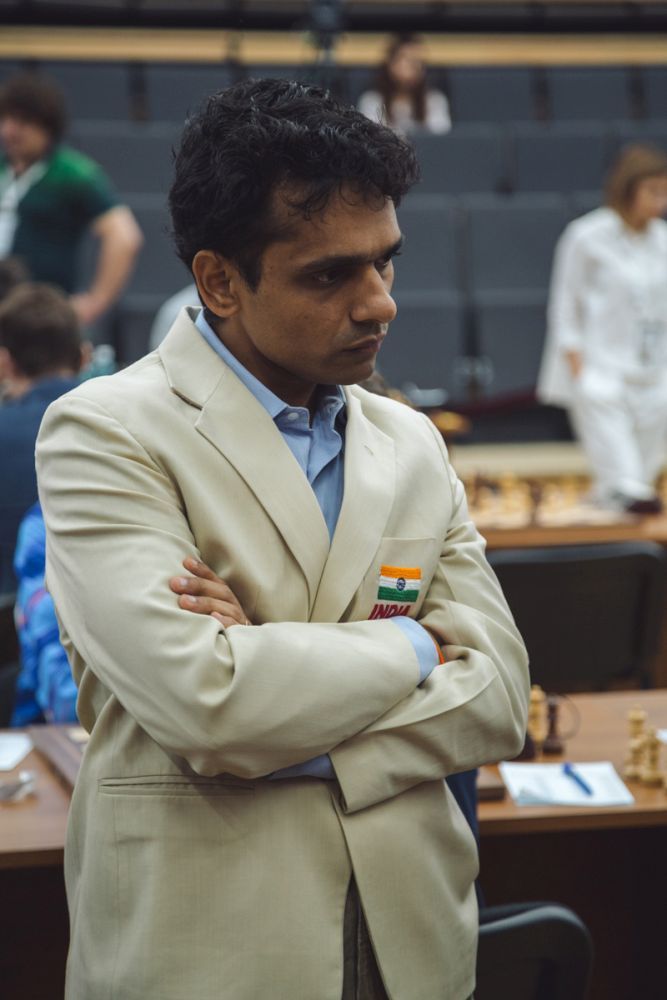 Sasi is an epitome of how hard work in bad phases can help you overcome difficulties and bring you on path of success! 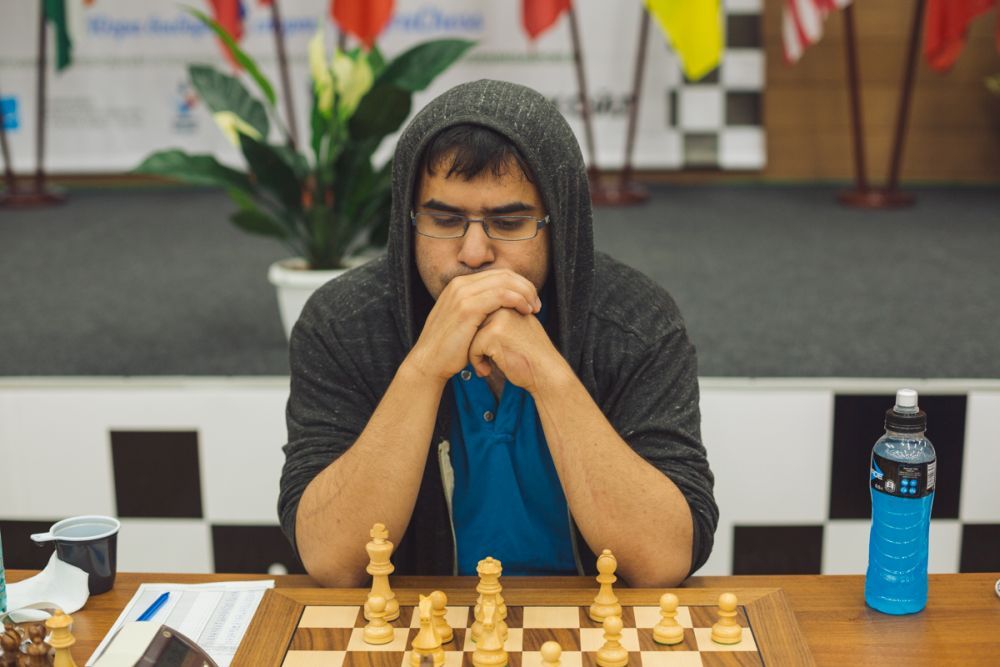 If there is one guy who won't be happy with his game today it would be Parimarjan Negi
Baatu (as Negi is called in Indian chess circles), had a clearly winning position against Muhammed Dastan. He had slowly and steadily nurtured his advantage to reach a completely winning position. If there was one result that we were confident of in the sixth round, it had to be Parimarjan bringing home the full point. However, the rustiness of not having played competitive chess for two years began to tell as Negi not only messed up the win, but at one point he was also on the verge of losing! Finally the game ended in a draw and the match was tied at 2-2.
[Event "11th World Teams 2017"]
[Site "Khanty-Mansiysk RUS"]
[Date "2017.06.23"]
[Round "6.4"]
[White "Dastan, Muhammed Batuhan"]
[Black "Negi, Parimarjan"]
[Result "1/2-1/2"]
[ECO "C55"]
[WhiteElo "2519"]
[BlackElo "2670"]
[Annotator "Sagar Shah"]
[PlyCount "149"]
[EventDate "2017.06.17"]
[WhiteTeam "Turkey"]
[BlackTeam "India"]
[WhiteTeamCountry "TUR"]
[BlackTeamCountry "IND"]

Results of round six:

For board wise break down, click here. India now faces Ukraine in round seven.

India is in the fifth position. Russia is in the lead. Looks like the gold and silver will be taken by Russia and China, but the fight for the bronze is still on!

To put it in simple words the Indian team was no match for the Russians today. Harika had an bad position out of the opening and so did Eesha. They both managed to save the half points. But on boards three and four it was the Russians who scored 2.0/2. Padmini had good chances against Gunina, but made a tactical error and lost. Viji on the other hand simply blundered an entire piece and lost right out of the opening. 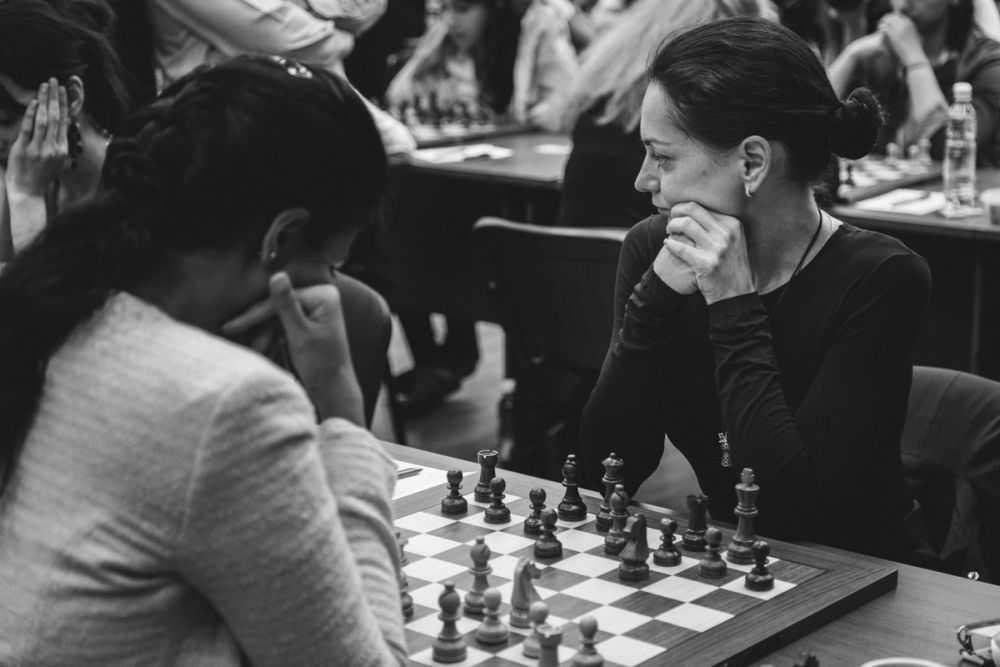 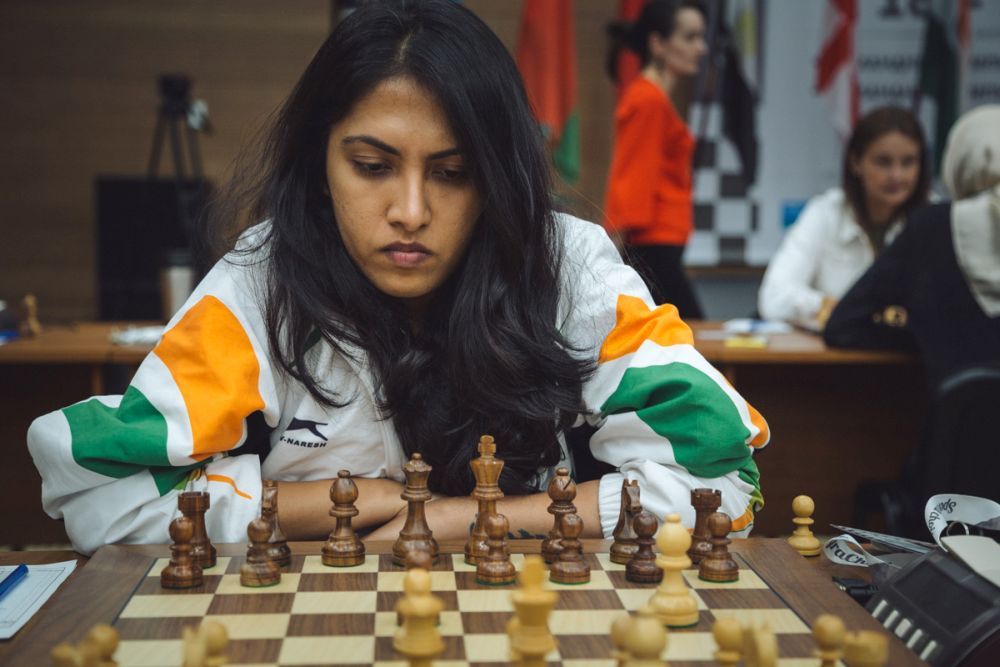 Eesha was worse throughout the game and even in the last position, but the match situation didn't demand Lagno to continue playing and she offered a draw and called it a day. 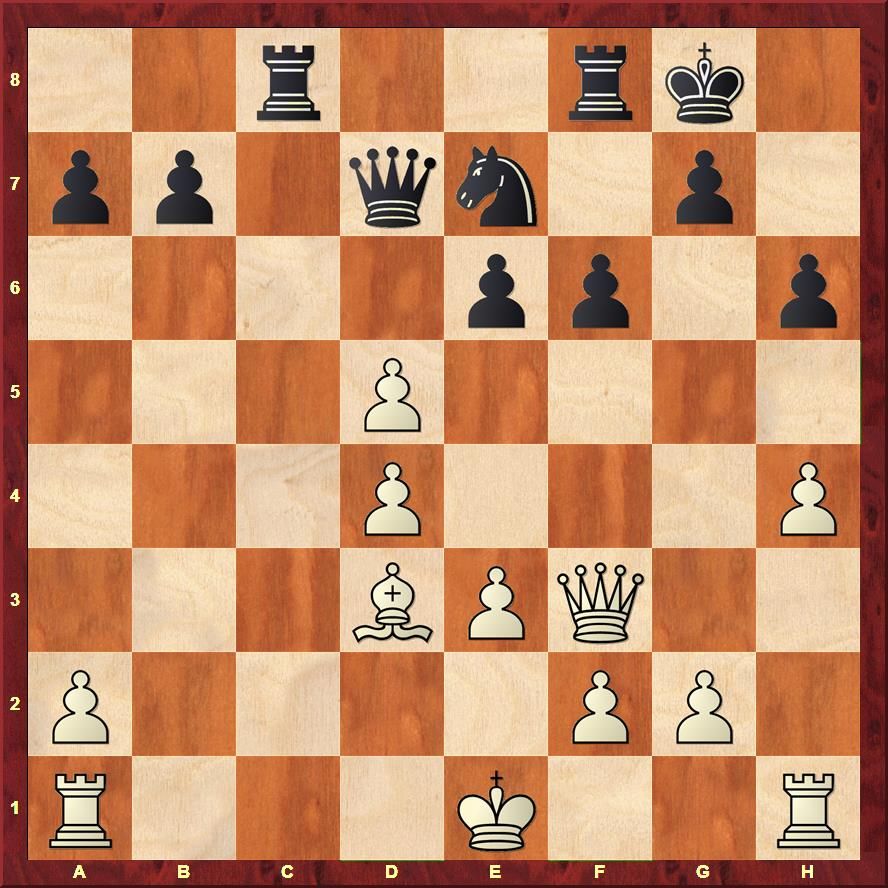 White has just taken the pawn on d5. If you are in Eesha's shoes with what would you recapture?

Knight or pawn should be your answers. Knight is better as it is looking at some squares like b4 and c3. However, what you should definitely not do is take on d5 with the queen. Because this allows White to not only exchange the queens, but the king on e1 suddenly starts feeling very sae and can settle down on d2. Definitely such mistakes should not be made by players of Eesha's calibre. 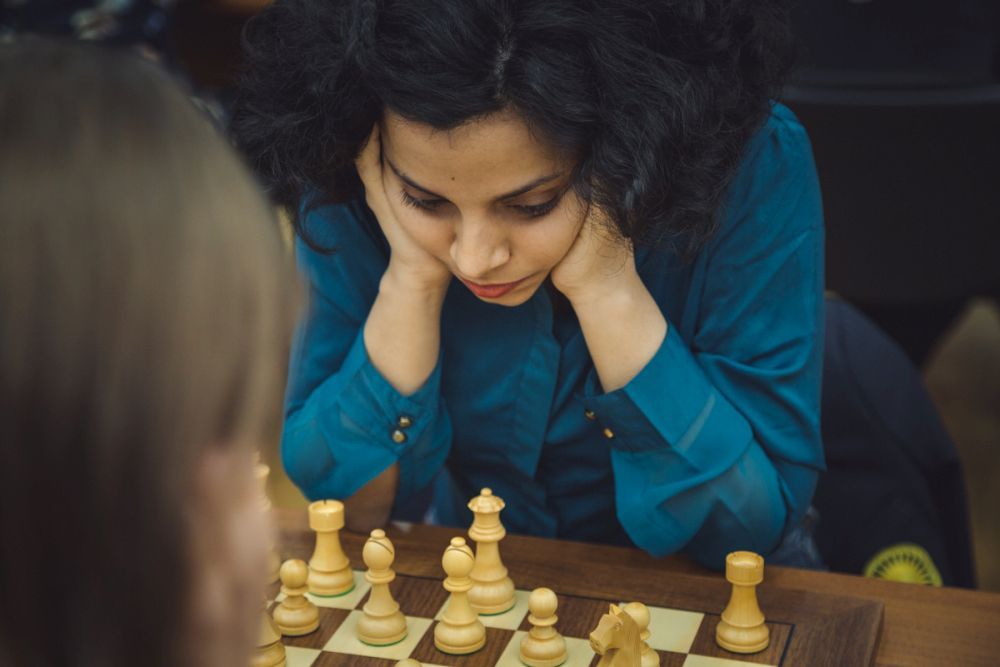 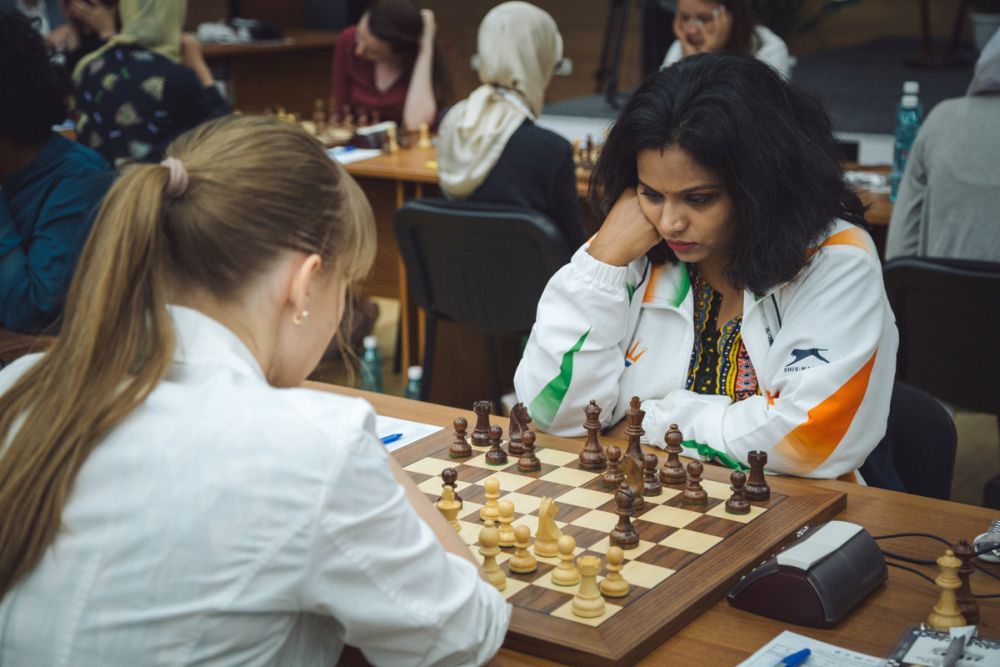 Results of round six:

The loss to Russia has pushed us back to fifth place. If we were to have any chances of a medal, we need to beat the Chinese team today.