Opening Ceremony of the World Teams 2017

16th of June was the opening ceremony of the World Team Championship 2017 in Khanty Mansiysk. The games begin on 17th of June at 15.00 hours local time (15.30 hours IST). India faces Poland in the open section and Georgia in the women's section. ChessBase India will be closely covering the event round by round. For now we have some very exciting pictures from the opening ceremony. 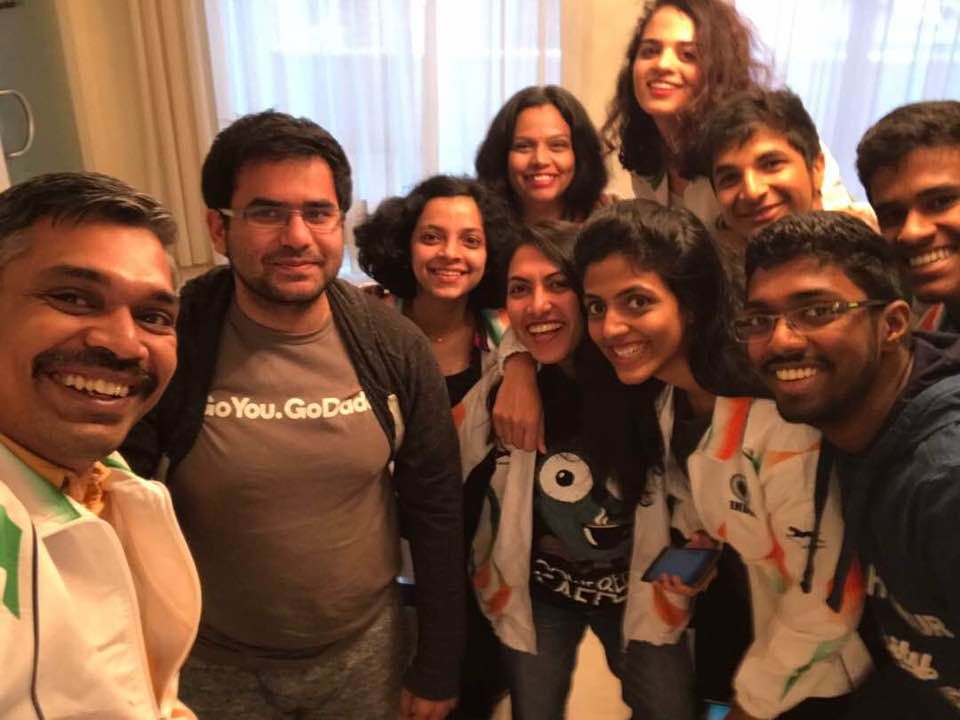 The Indian team reached Moscow on  15th of June 2017. En route to Khanty Mansiysk, they did a Facebook live from their hotel in Moscow! Just in case you have missed out on it. 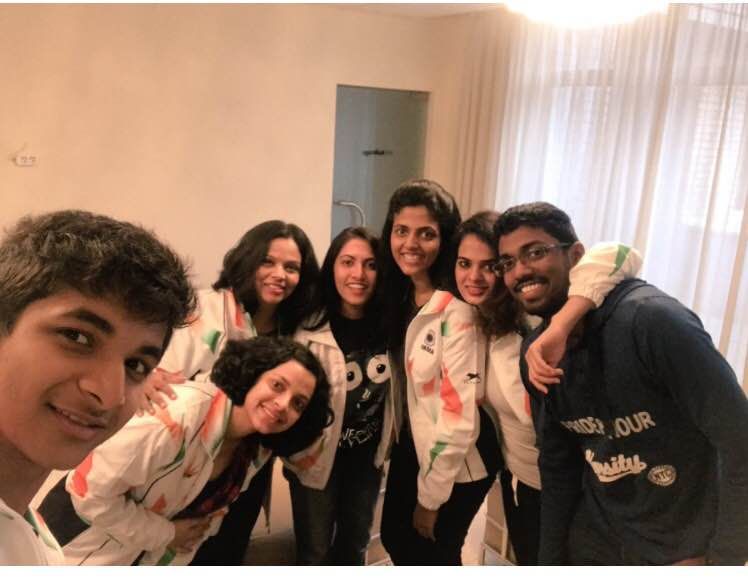 The thing which really makes positive about the team is the bonding between them. That's really important for a team event. 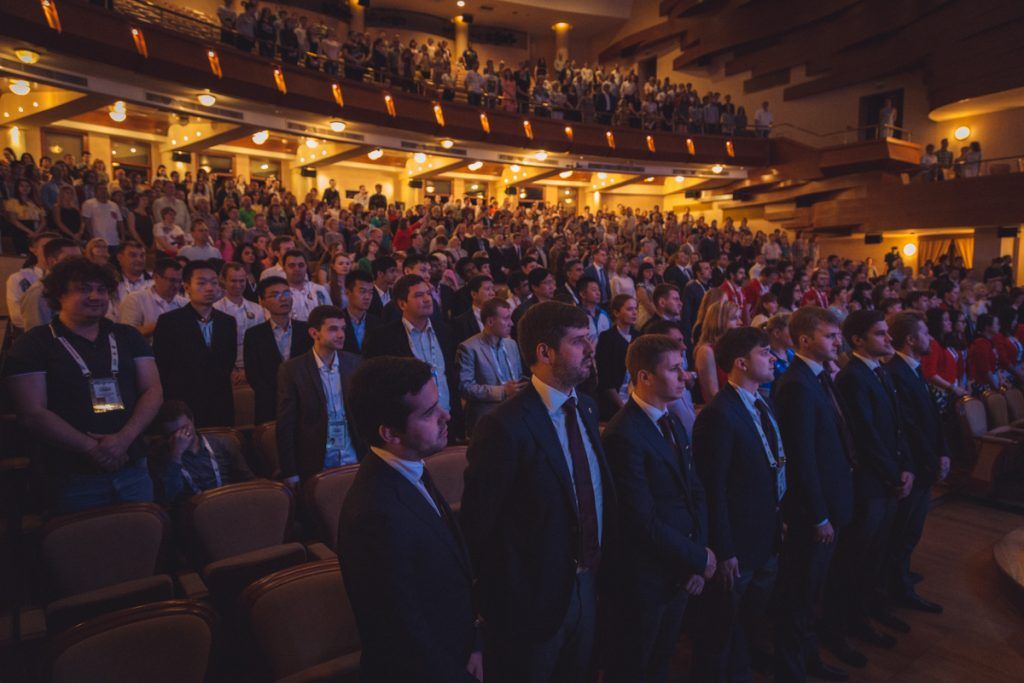 The opening ceremony had a mammoth attendance 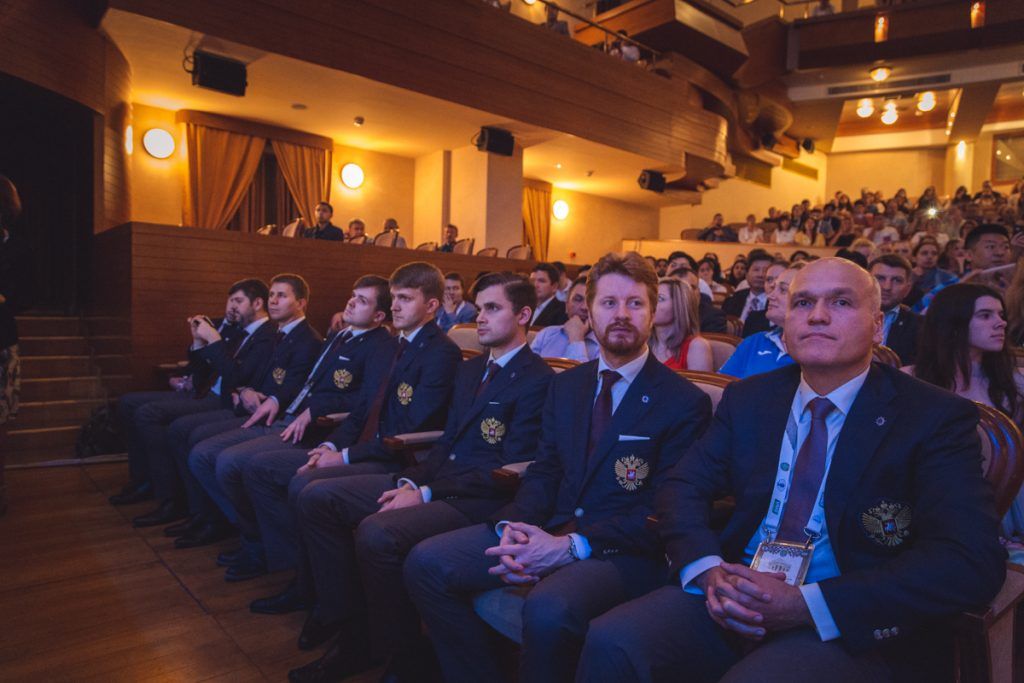 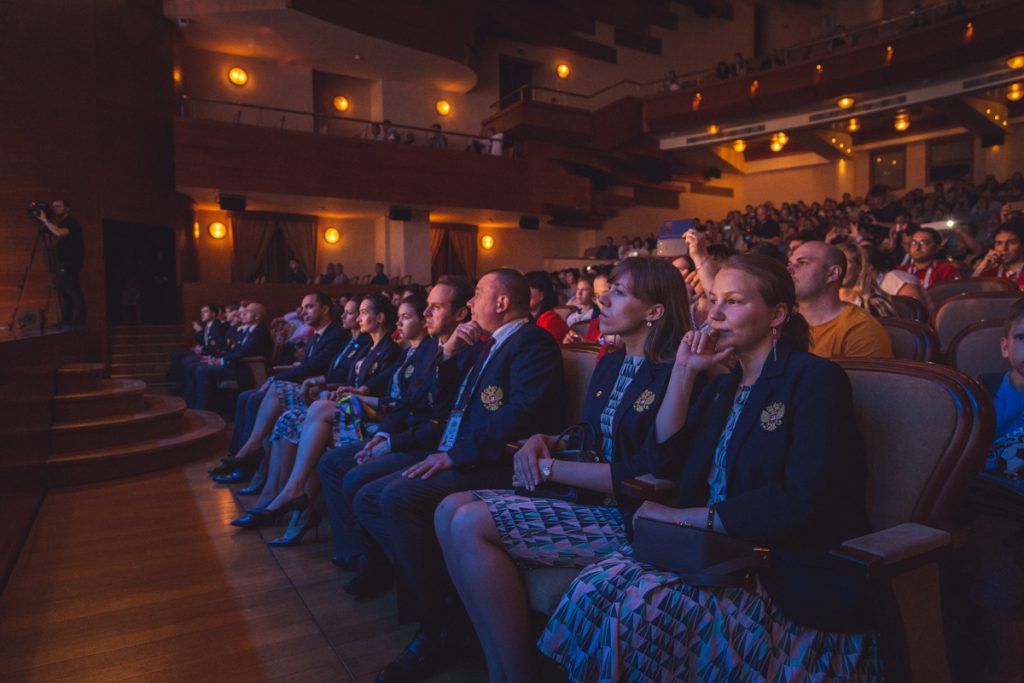 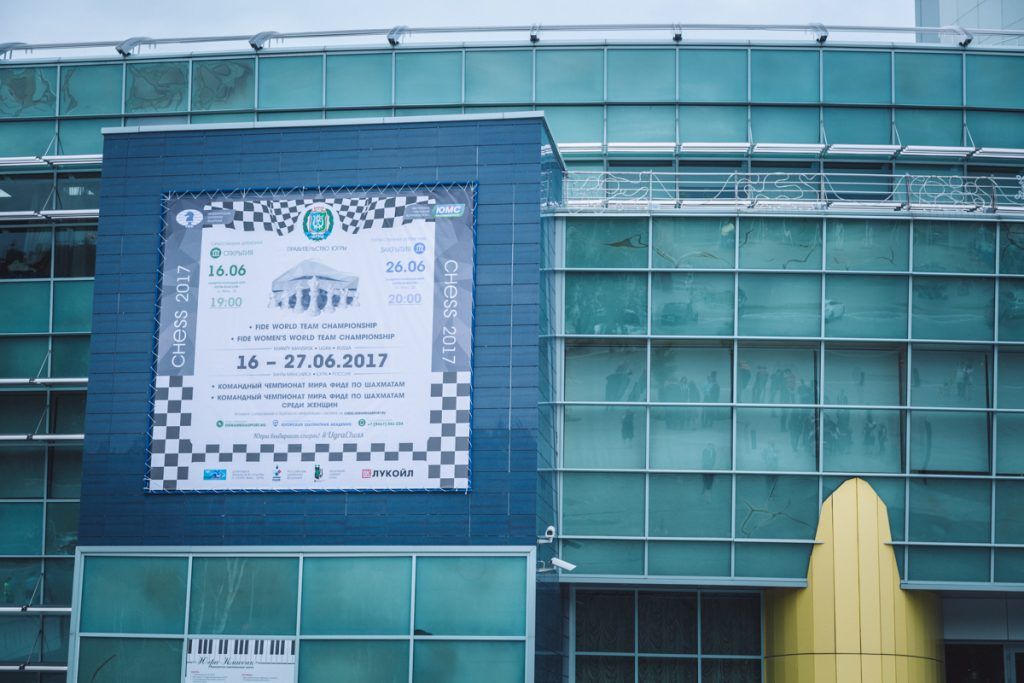 The place where the opening ceremony was held 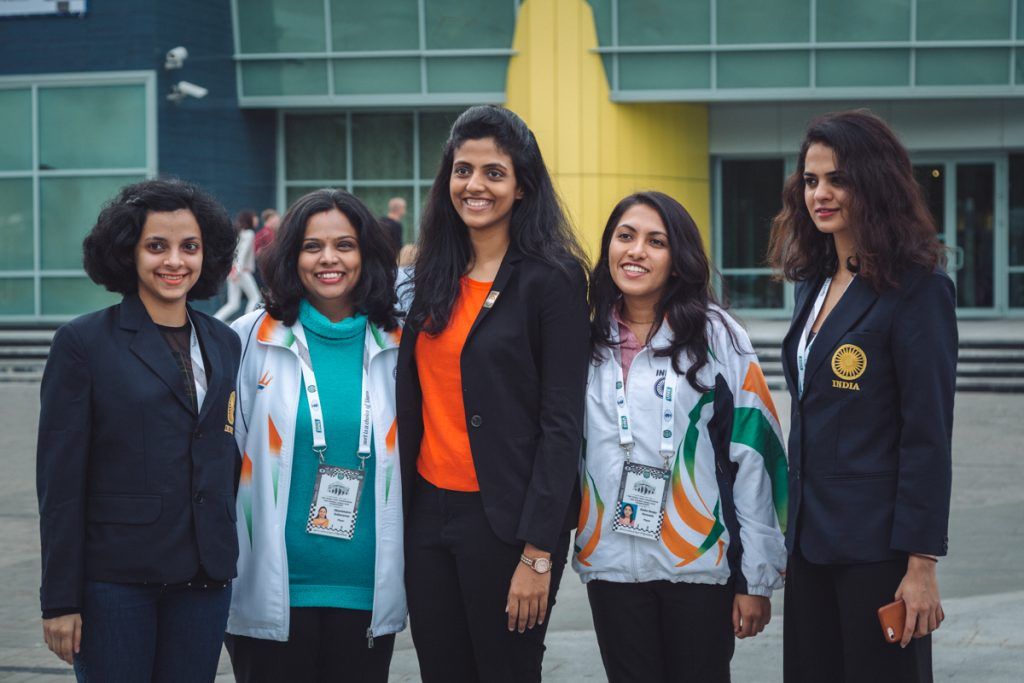 Picture perfect! The Indian women's team: From left to Right - Three times National Champion Padmini Rout, First WGM of India S. Vijayalakshmi, one of the best women players India has ever produced D. Harika, opening expert Eesha Karavade, and one of the most famous faces of Indian chess Tania Sachdev. 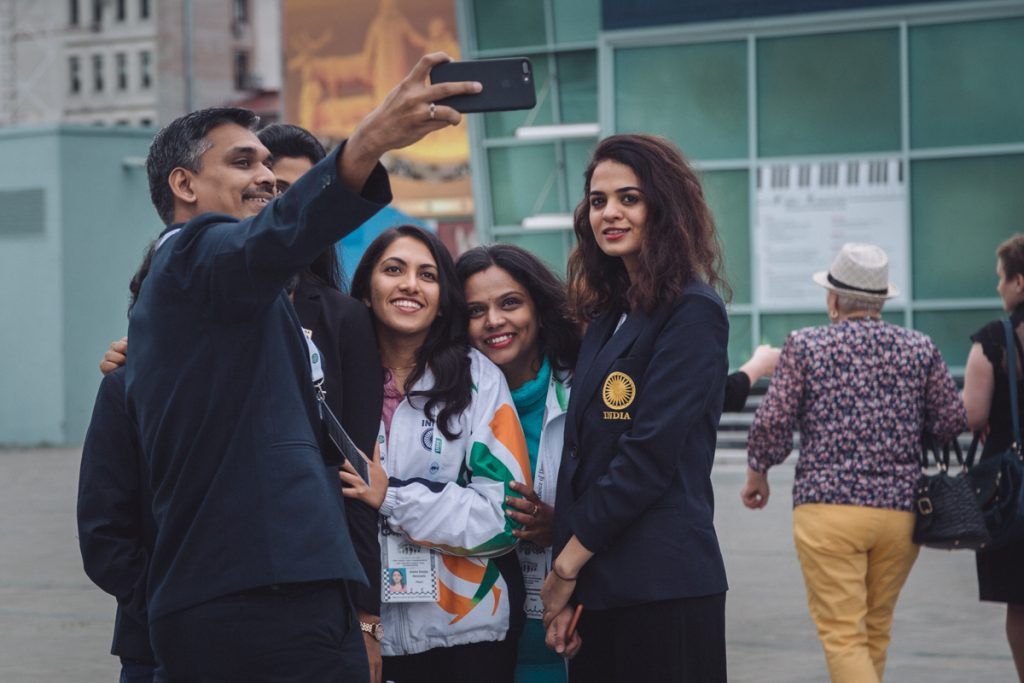 This time the women's team is without a coach. So, Ramesh might have some increased responsibility. In that sense having the experienced Viji in the team is a great help. 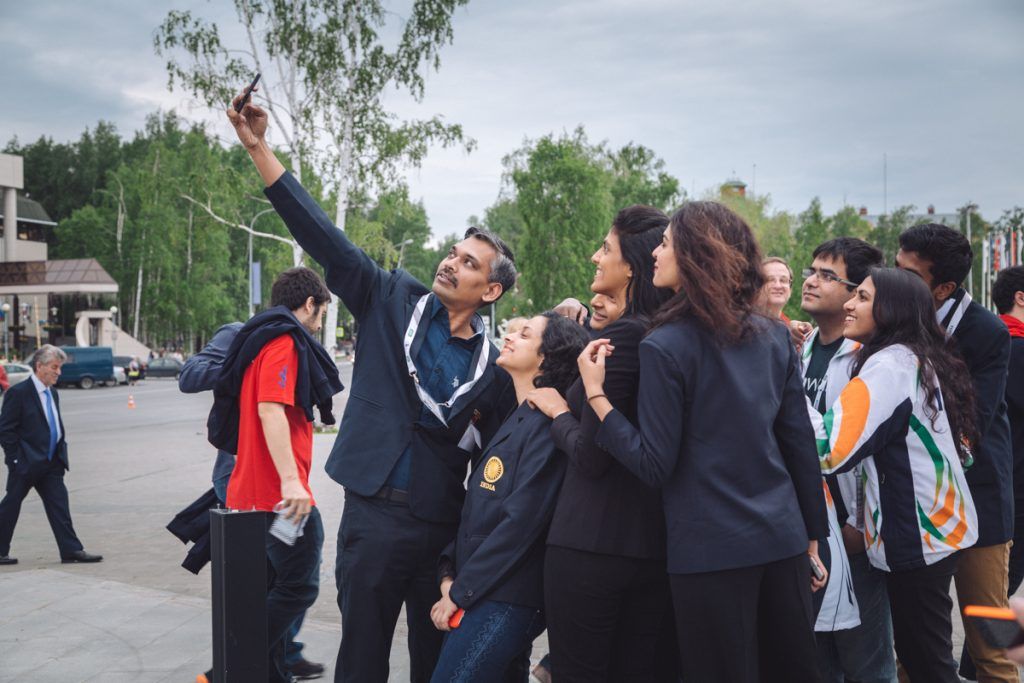 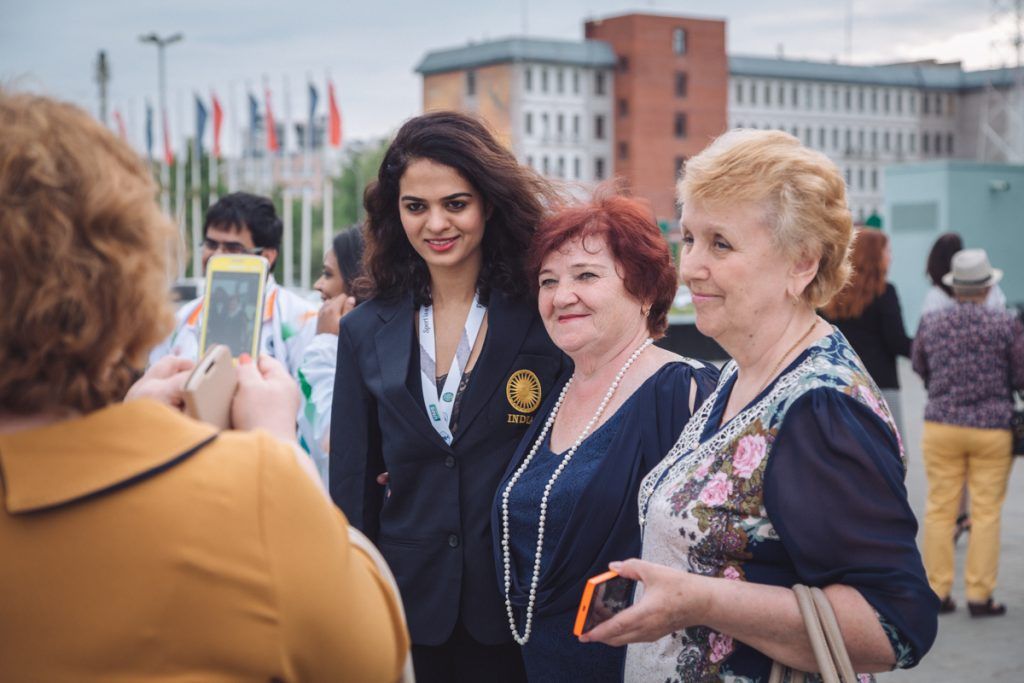 Tania Saachdev is always in demand! 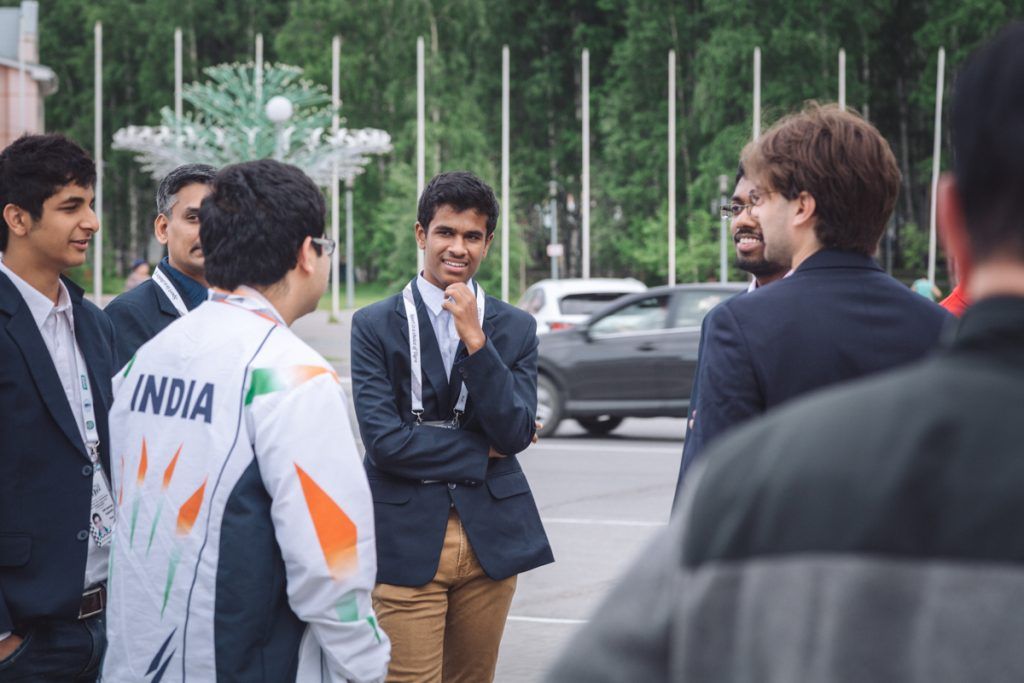 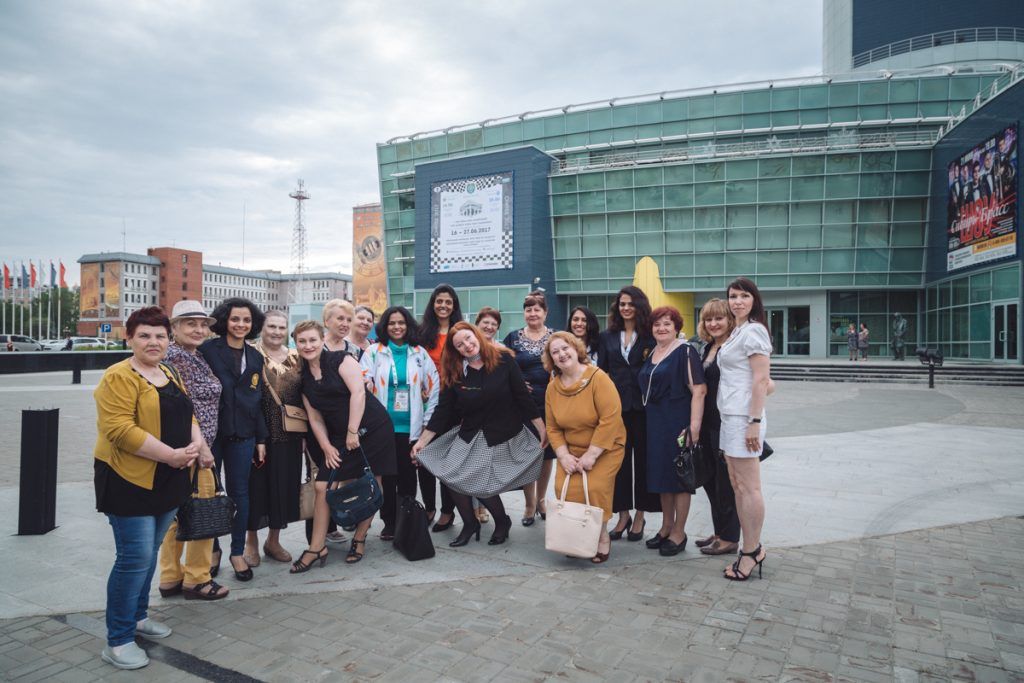 We are one family! 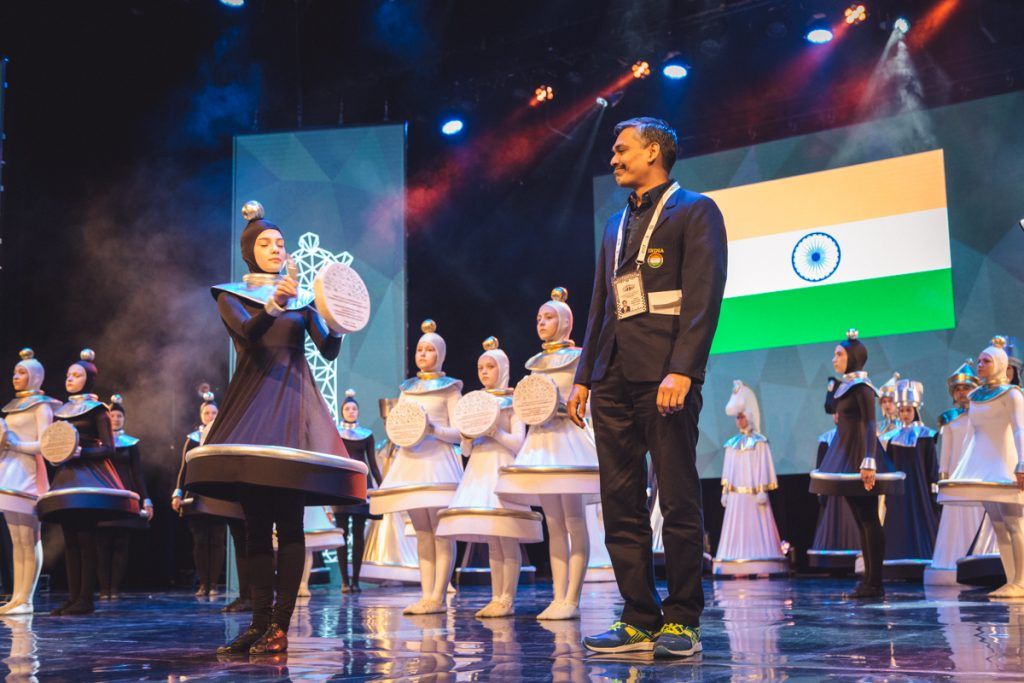 Ramesh drew the lots for Indian Open team and we got number two. Paired against Poland in round one. 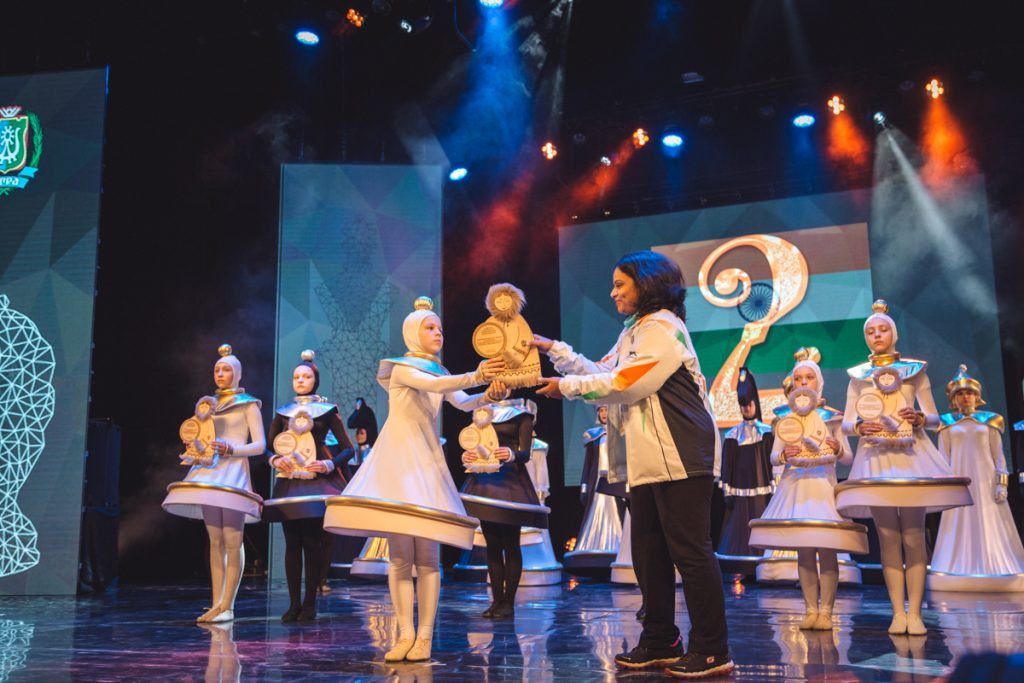 Viji too drew number two! We are up against the Georgians in round one 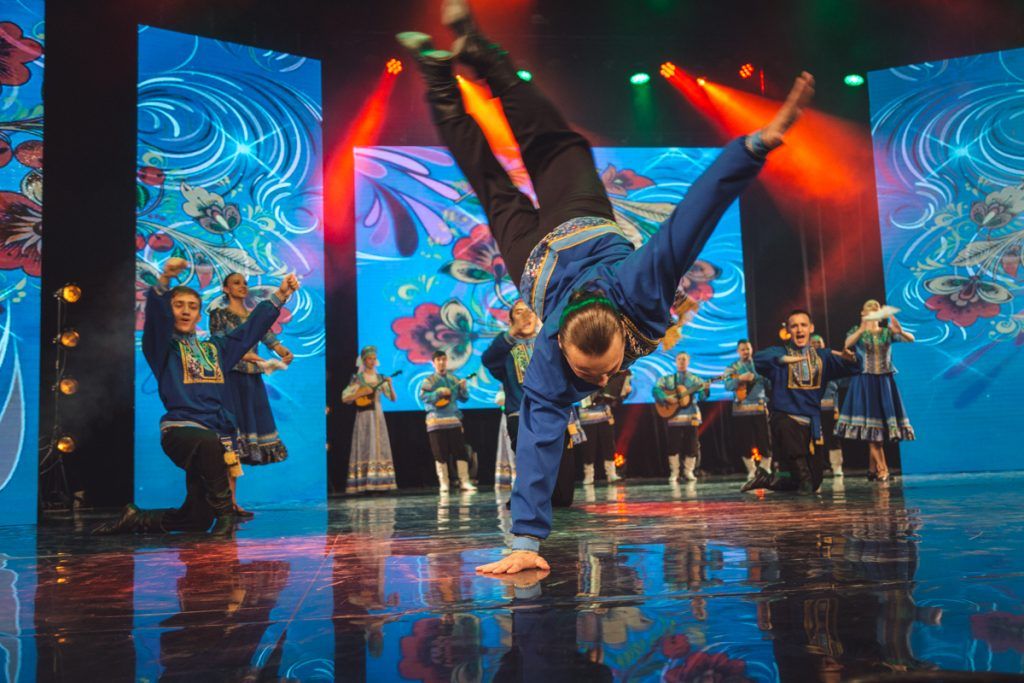 Some brilliant acrobatic feats at the opening ceremony 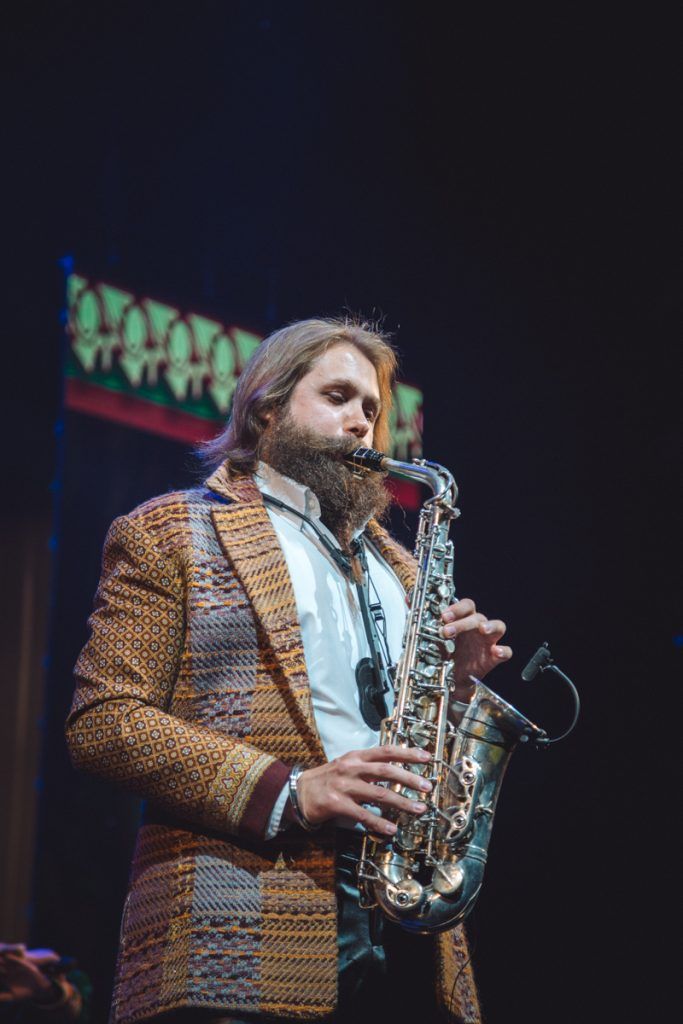 A saxophone always livens up the atmosphere! 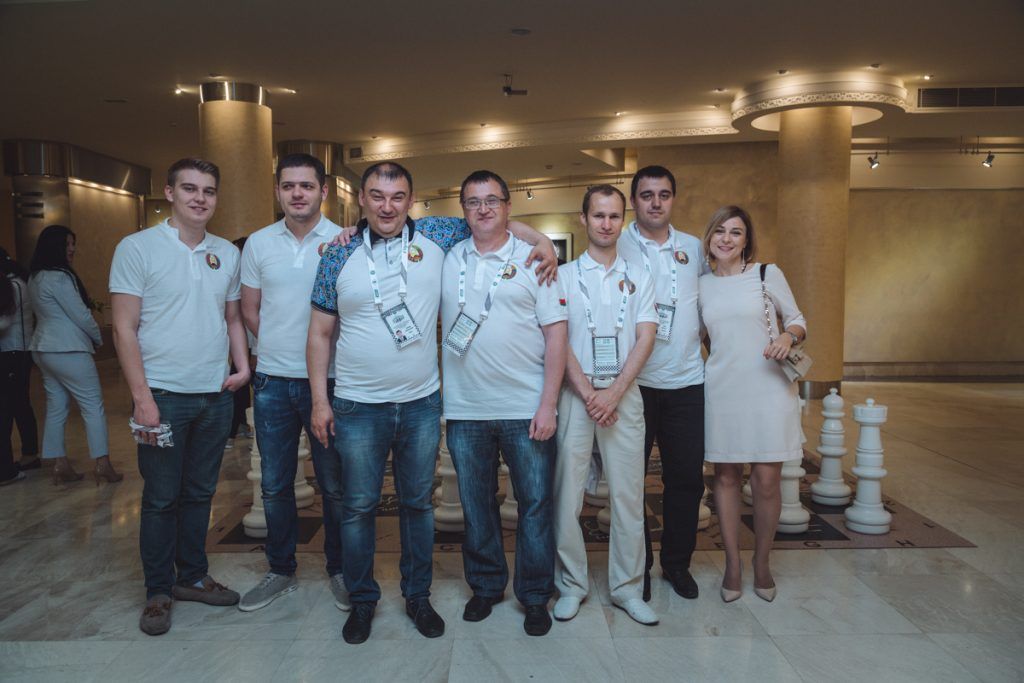 The Belarus team!
Video of the opening ceremony
The live games begin at 3 p.m. in Khanty Mansiysk. In India that would be 3.30 p.m. (yes, Khanty is just half an hour behind us!). We will soon setup the live games page, so that you will also be able to follow the games on the ChessBase India website.