After a thumping win against USA in round four, it was expected that India would breeze through their match against Egypt. However, it was far from easy. Adhiban was the only winner giving us a 2.5-1.5 victory. In quite a few of the games we were in grave trouble. In the women's section Tania, Eesha and Vijayalakshmi scored wins to give us a three point lead. The surprise of the day was Harika's loss to a 2141 opponent Wafa Shrouk. Although the matches were tough, no damage was done! We have the game analysis as well as Team India wishing a happy International Yoga Day from Khanty Mansiysk. 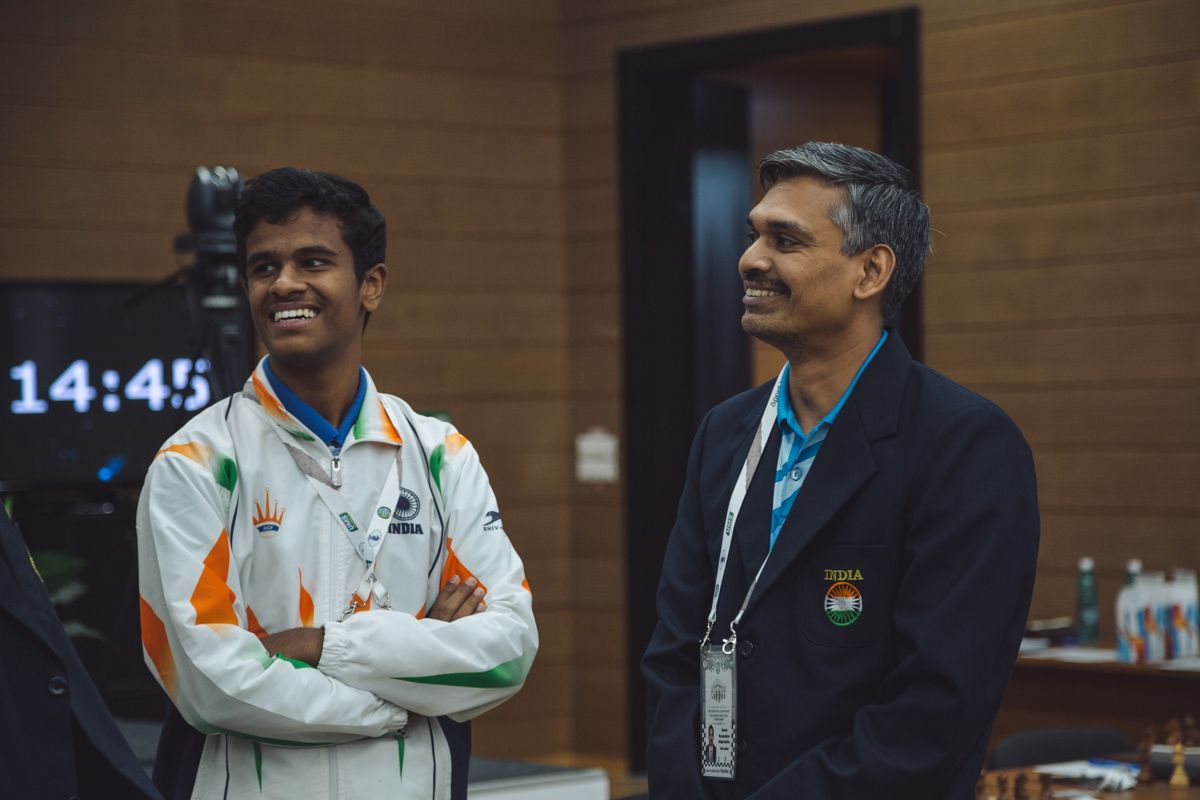 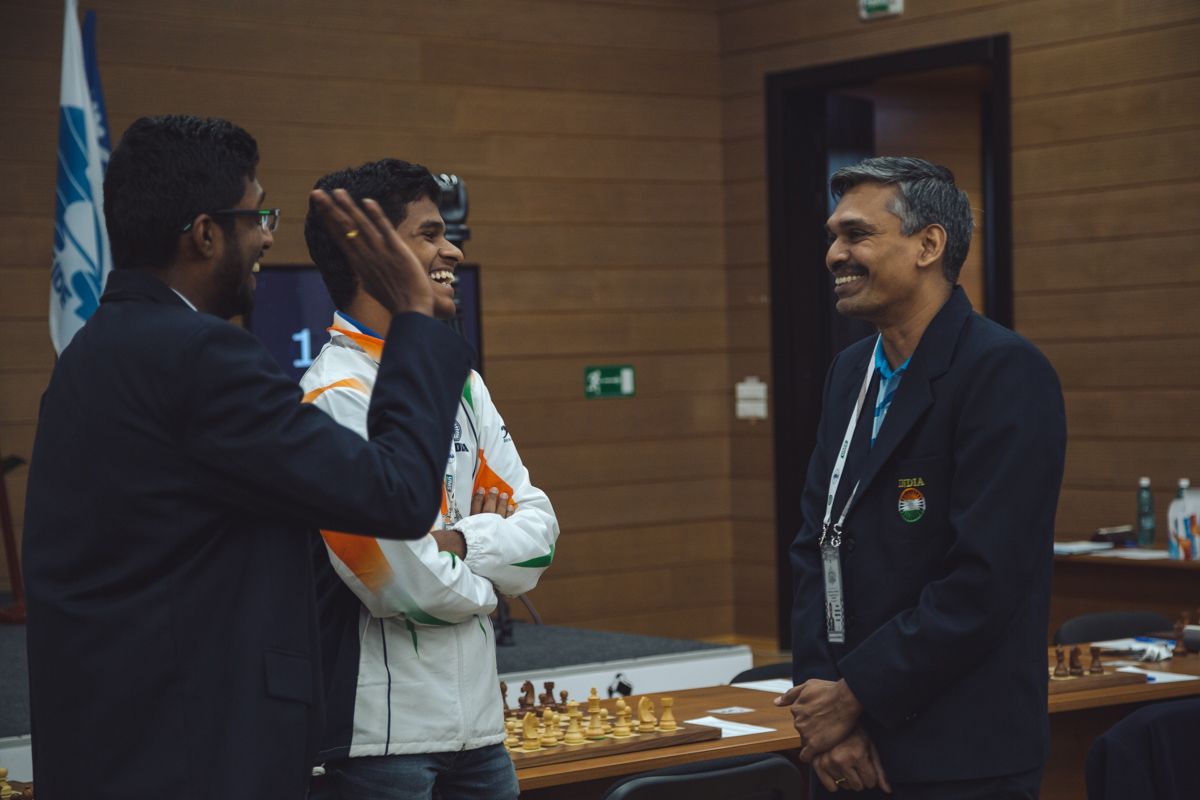 When you have Adhiban in the team, you are bound to have high energy levels! 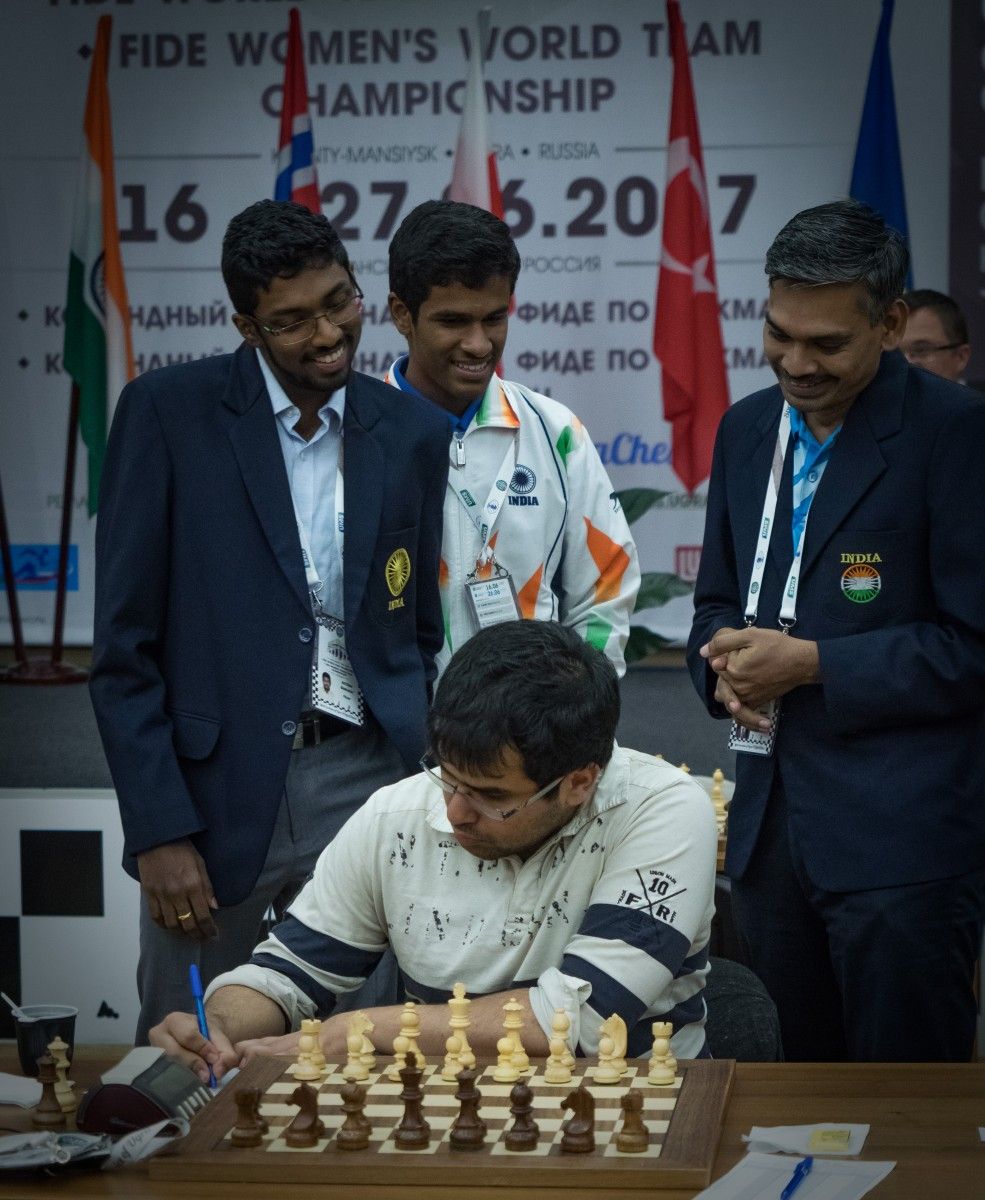 Parimarjan Negi is immune to the excitement! 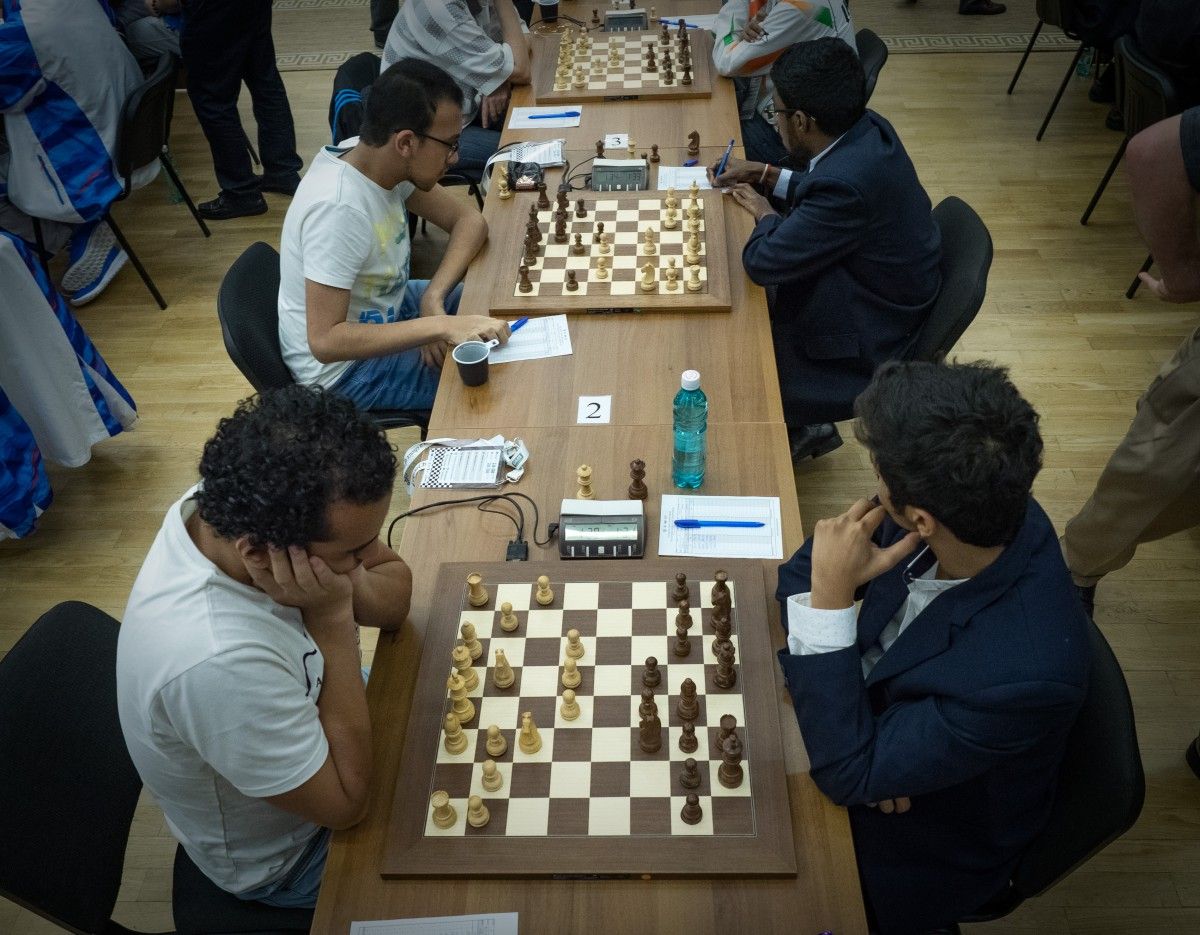 And the games begin!
Team India has been lucky to some extent that Adhiban is back in form. Since he has begun winning, India has won all their matches! And just like round three against Bulgaria, he provided the crucial win of the match by beating Adham Fawzy. The final position tells you about how the Indian player dominated the game. 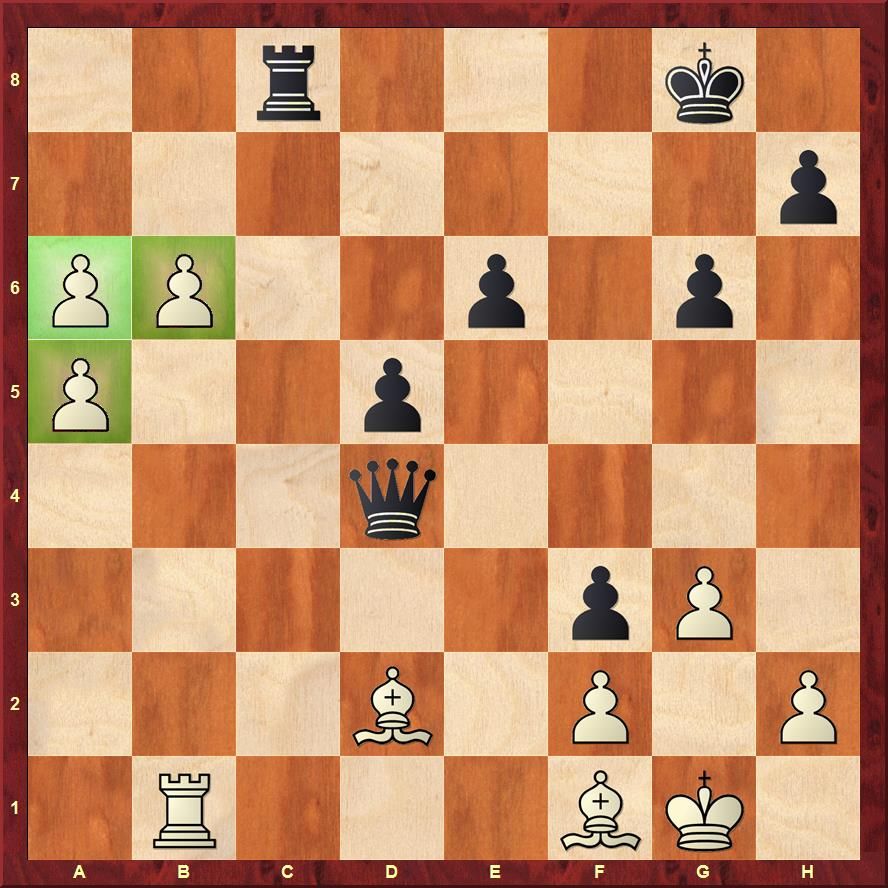 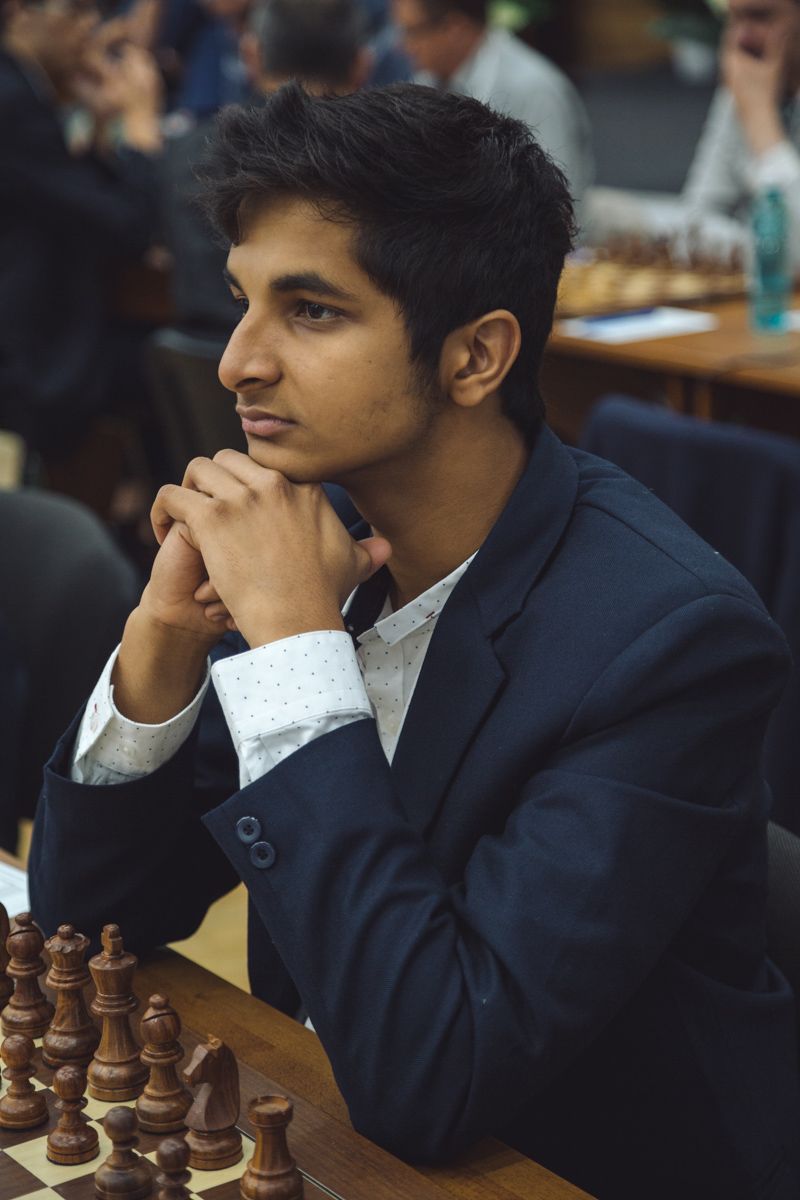 Vidit has been close to 2700 on the live ratings for quite some time now. Today's draw has not helped his cause.

Usually when it comes to opening play, Vidit is quite careful. But today he seemed to be in some sort of an enterprising mode where he sacrificed a pawn. To put it into simple words, "He was a pawn down with a bad position!" Hesham Abdelrahman made many mistakes which let Vidit back in the game. At some point the Indian was also better. But in the end good defense by the Egyptian GM led to a draw. 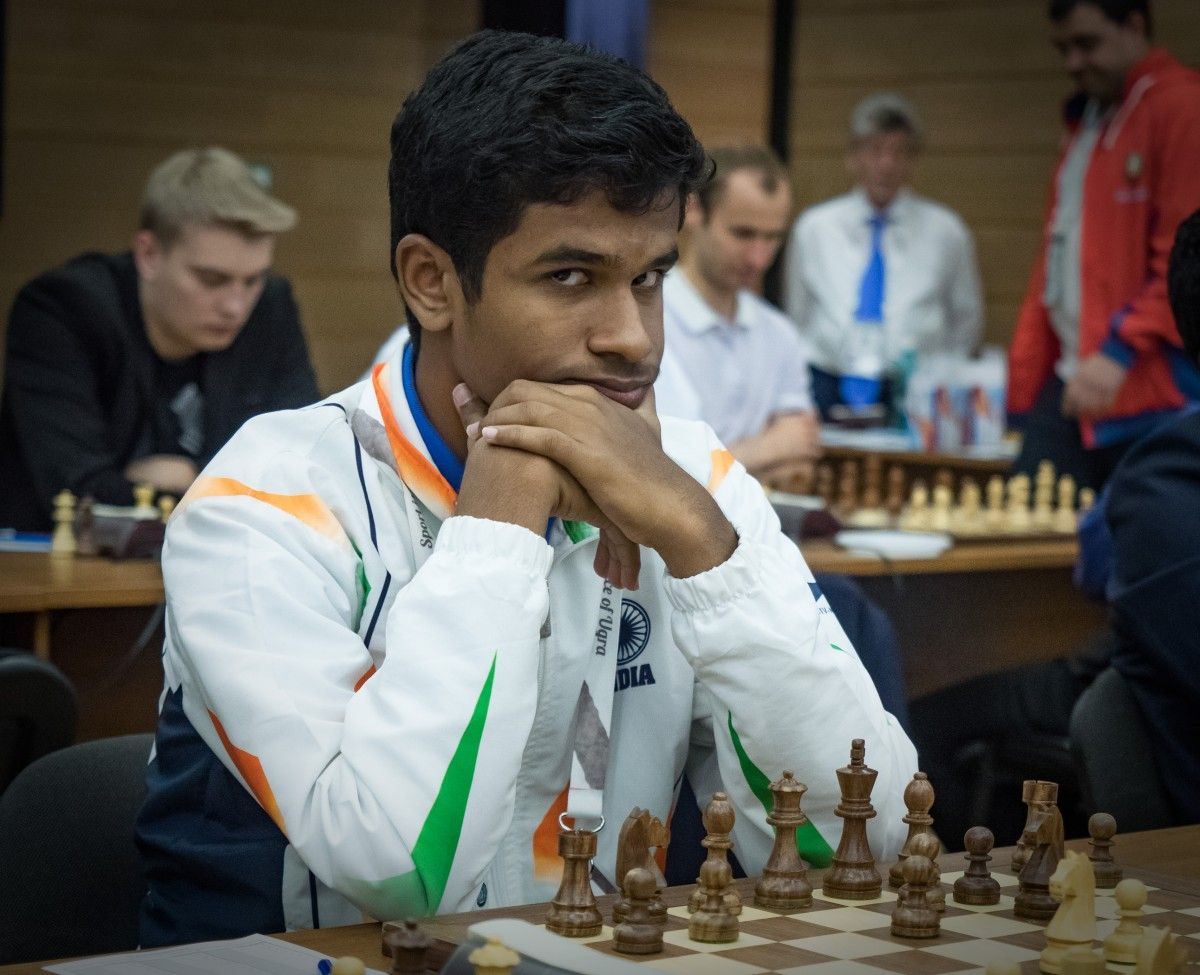 It's tough to be in Karthikeyan's shoes
Karthikeyan Murali must be learning a lot from this experience. However, for him things are not so simple as they look. He knows that he wouldn't be getting too many games to play. And when he gets the opportunity, he has to win! That's quite a bit of pressure. Karthikeyan was fine out of the opening, but soon landed in grave trouble. At some point none of his pieces were moving. And if the White king were to enter the black position it would have been all over. Somehow Murali managed to trick his opponent and the game ended in a draw.

Parimarjan Negi was also in trouble, but a draw offer at the right moment did him a world of good.

Results of round five:

For board wise break down, click here. India now faces Turkey in round six.

India is in the fifth position. Turkey refuses to lose and held China to a draw. It will be interesting to see if India can beat the team who hasn't lost to Russia or China.

The first three games of the match ended just as predicted. Tania, Eesha and Viji all got home the full points and India was leading 3-1 against Egypt. I give the three games without any annotations below: 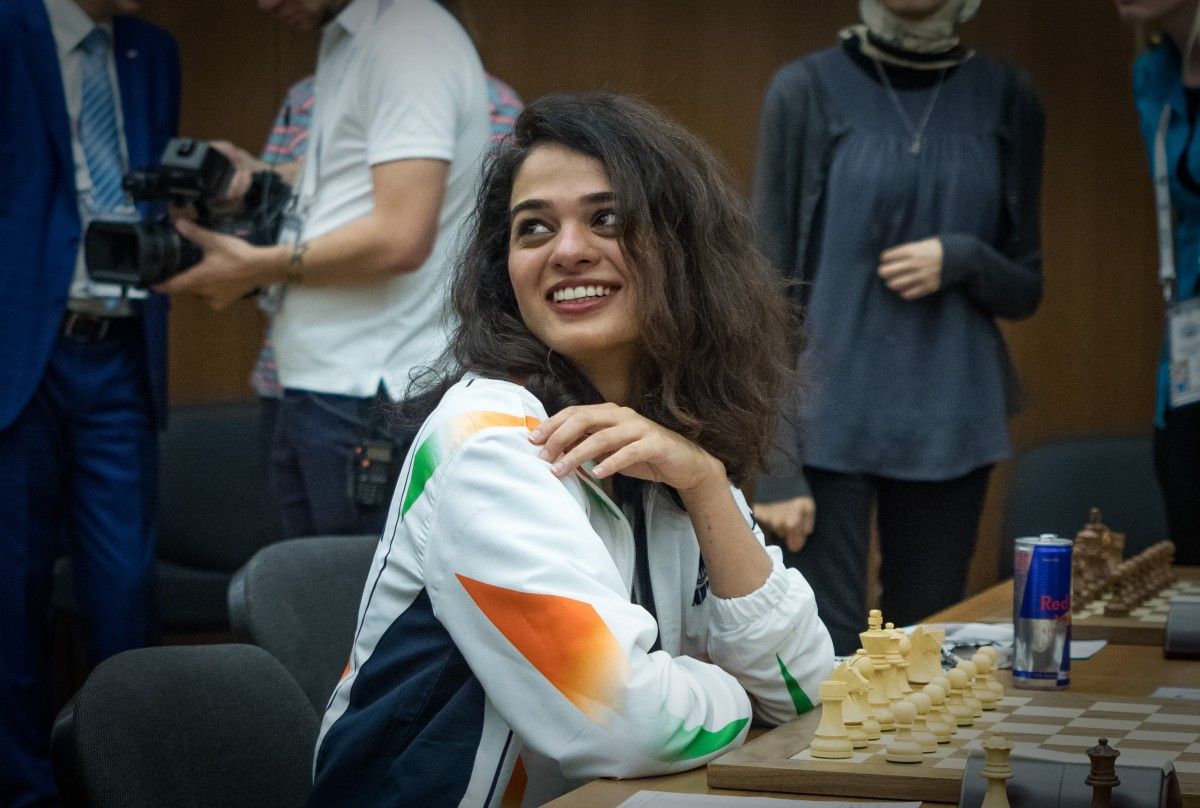 Eesha's opponent gave her stiff resistance, but she managed to outplay her and end the game with a nice tactic: 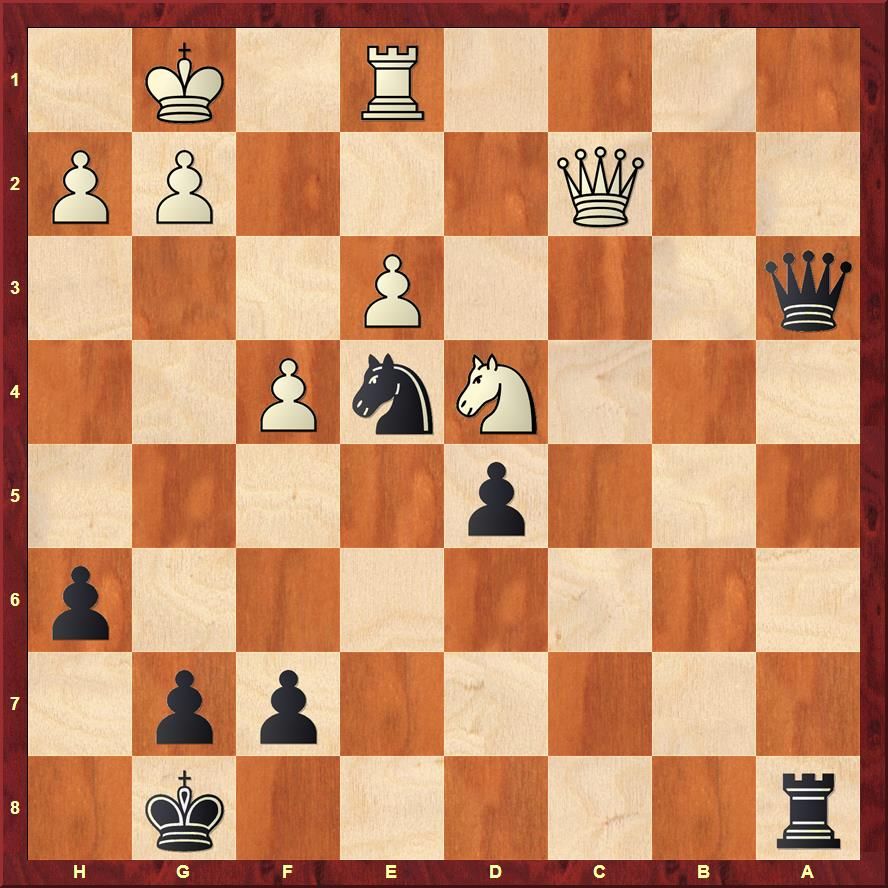 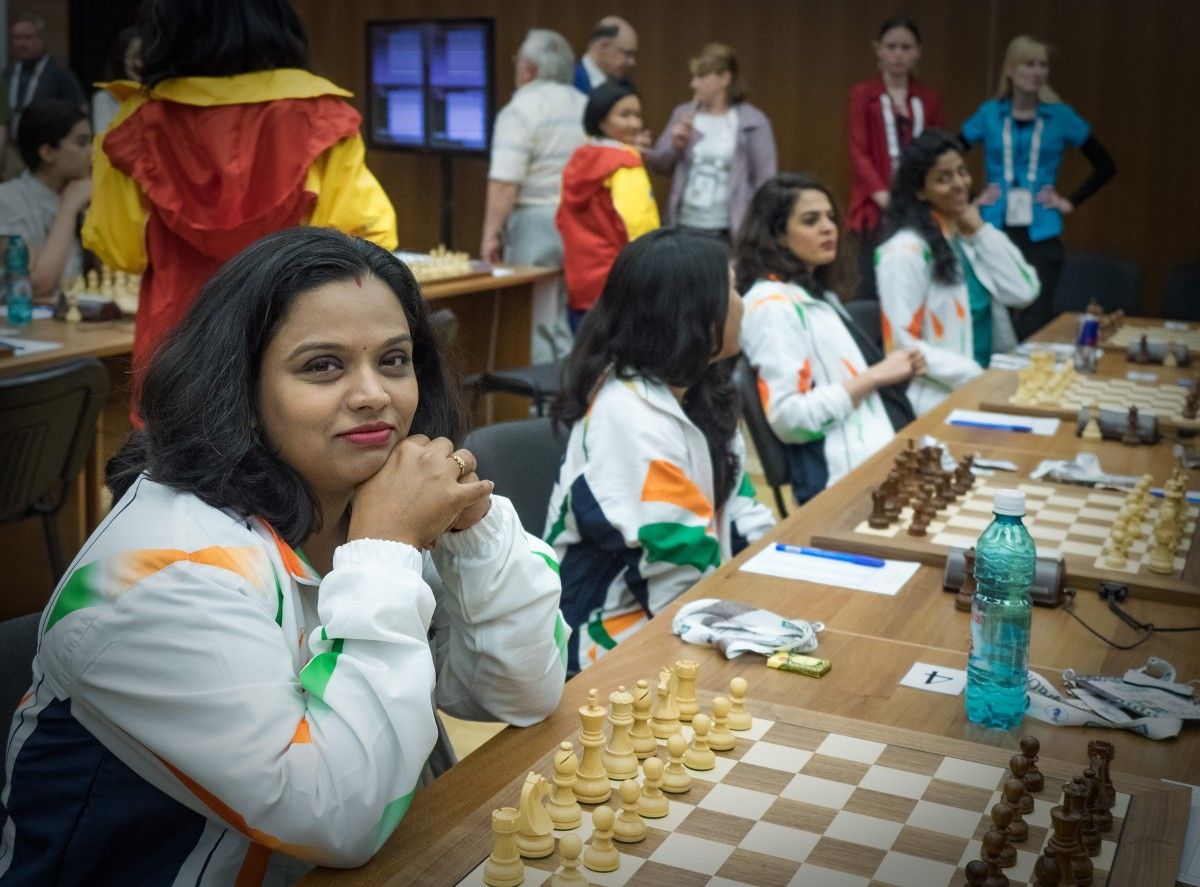 The biggest upset of the day was Wafa Shrook's victory over Harika Dronavalli. Harika was rated 400 points above her opponent, but the girl from Egypt simply played sublime chess. She hardly made any mistakes and outplayed Harika. 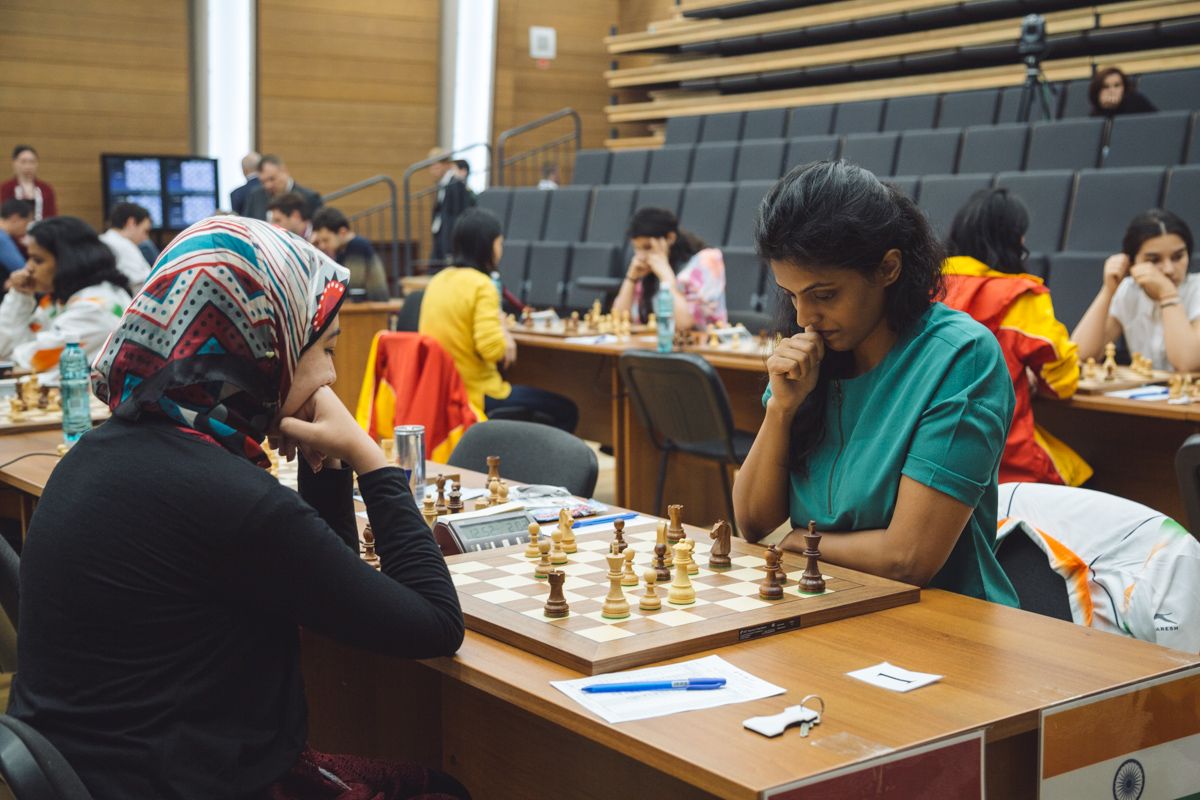 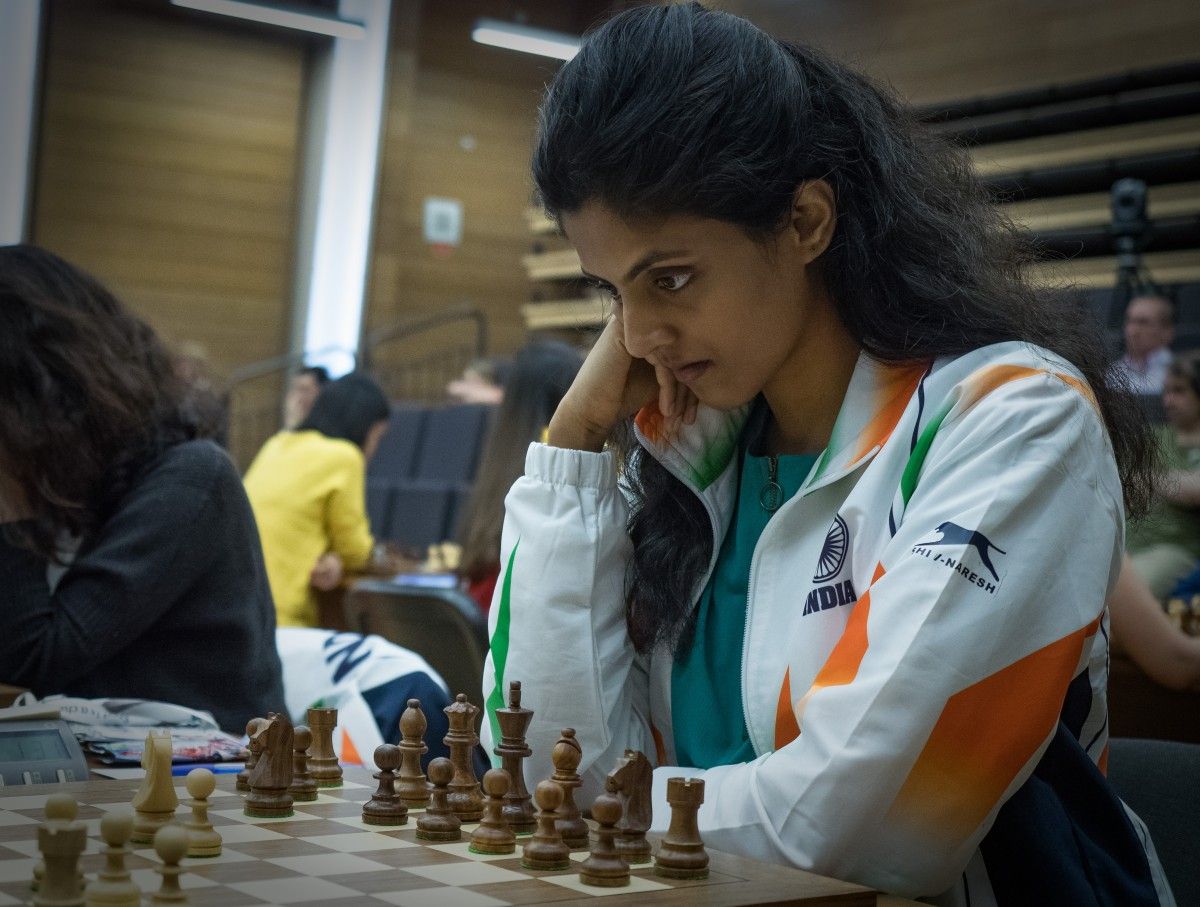 Harika's loss did not affect the match result. But if India has to beat teams like Russia and China, it is extremely important for her to fire.

Results of round five:

India is in third place now and we are in with good chances for a podium finish. Although we still have the strong Russian and Chinese team to play against. 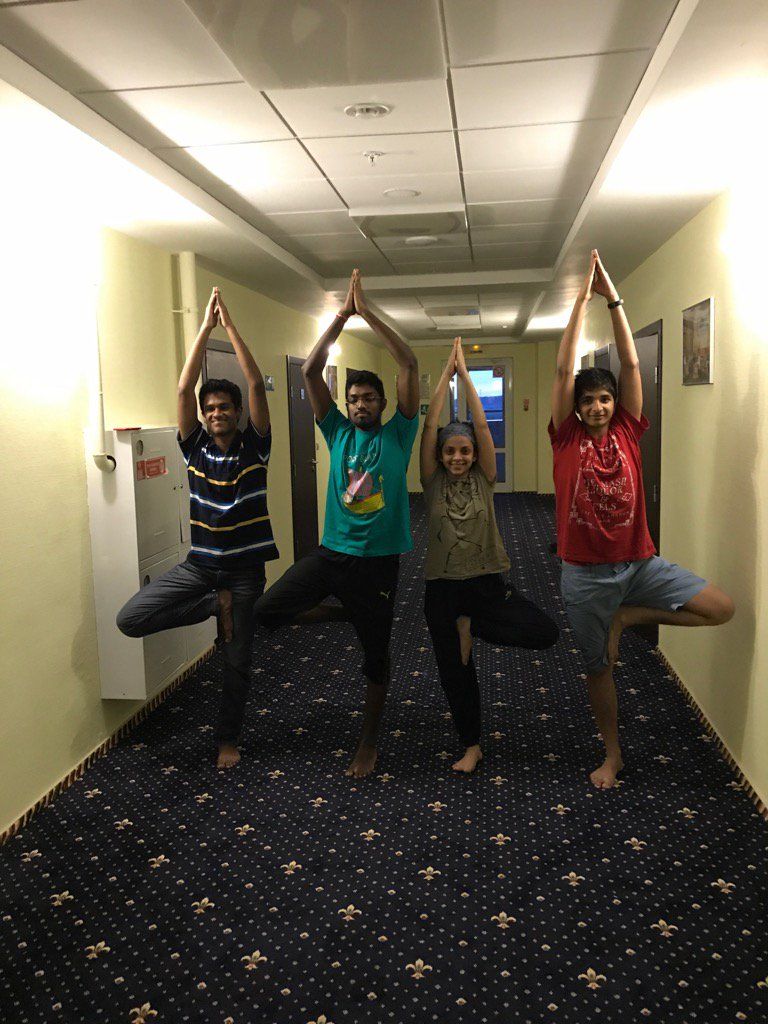 If you are a chess player (and if you are on this website, you most probably are) then doing this asana and holding it for as long as you can will help you to increase your concentration and balance. 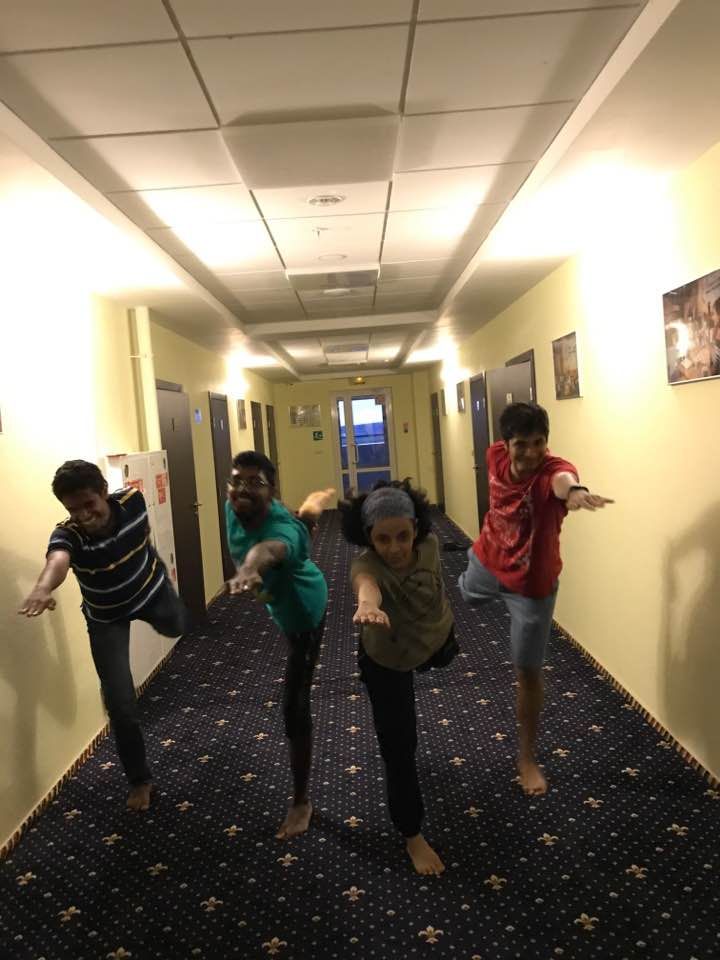 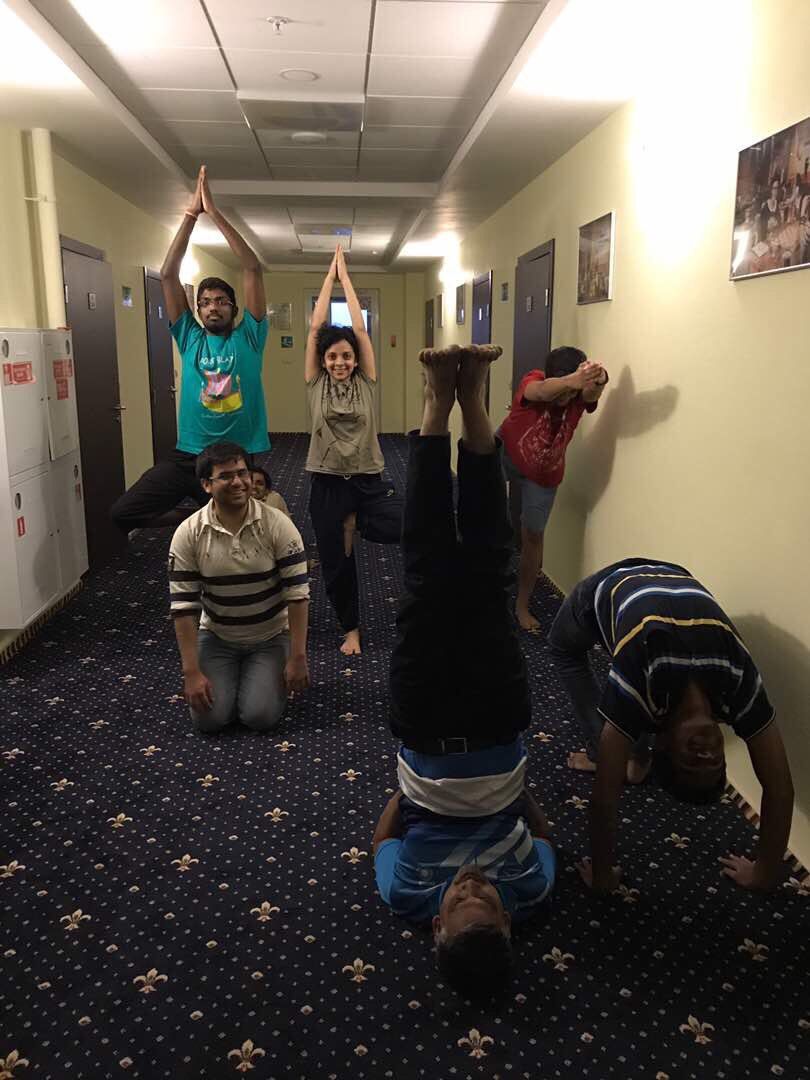 The coach shows the way! Ramesh is a big believer in the benefits of yoga!
The charismatic commentator Anna Rudolf was not to be left out from the yogic experience!