FWCM 12: All set for the shorter time controls!

The spectators were let down in the twelfth game of the World Championship Match when Carlsen and Karjakin agreed to a quick draw in the symmetrical variation of the Berlin. The good news is that the match will now move to shorter time control. Four rapid games followed by blitz chess. Magnus Carlsen seems to be the slight favourite, but Karjakin is no pushover. In this report we have the pictures of the twelfth round and the analysis done by ten-year-old Aditya Mittal. 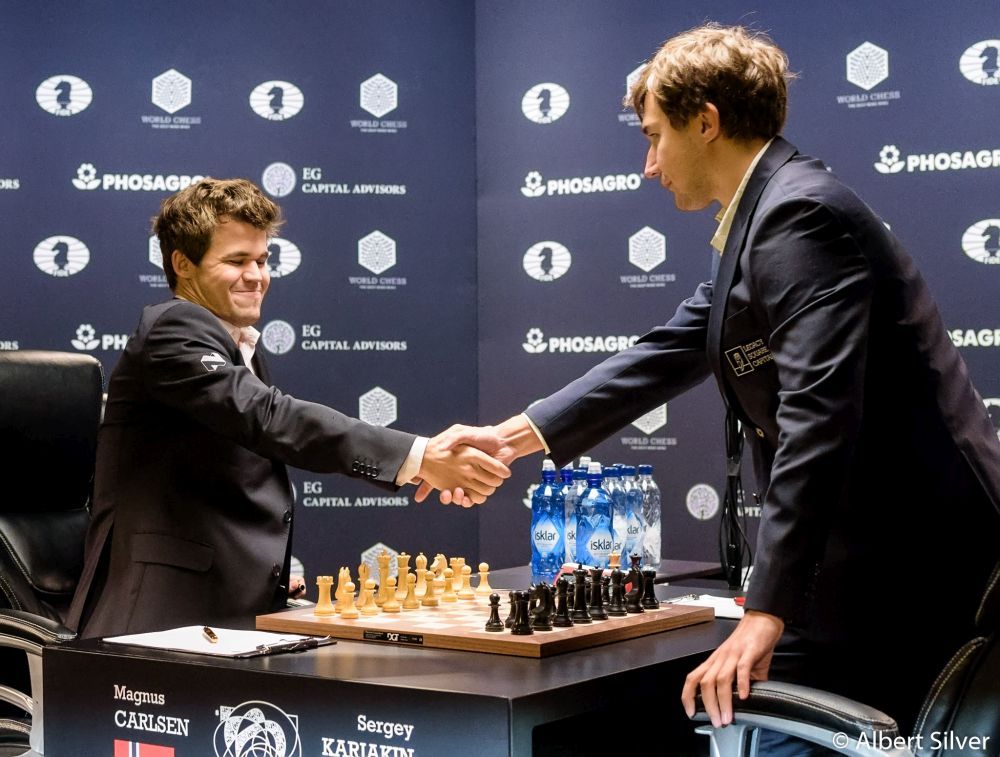 Magnus Carlsen is all smiles at the start of the last classical game
The last game of the World Championship Match 2016 had all the ingredients of becoming a blockbuster. Both the players had exchanged one win and the score stood at five and a half points apiece. Magnus had white and the experts expected him to press really hard for his third consecutive World Championship victory.
But nothing of that sort happened. It was just like the last round of the Qatar Open where Magnus was leading by a half point. He had the white pieces against Vladimir Kramnik and played the same symmetrical variation against the Berlin. The game was drawn. Carlsen went back to his room, took some rest and got ready for the tie-breaker against Yu Yangyi. The World Champion dispatched the Chinese player with ease and romped home with a 2-0 victory.
In the twelfth game of the World Championship Match, Carlsen was in no mood to fight. The final position tells you how boring and symmetrical the game was. 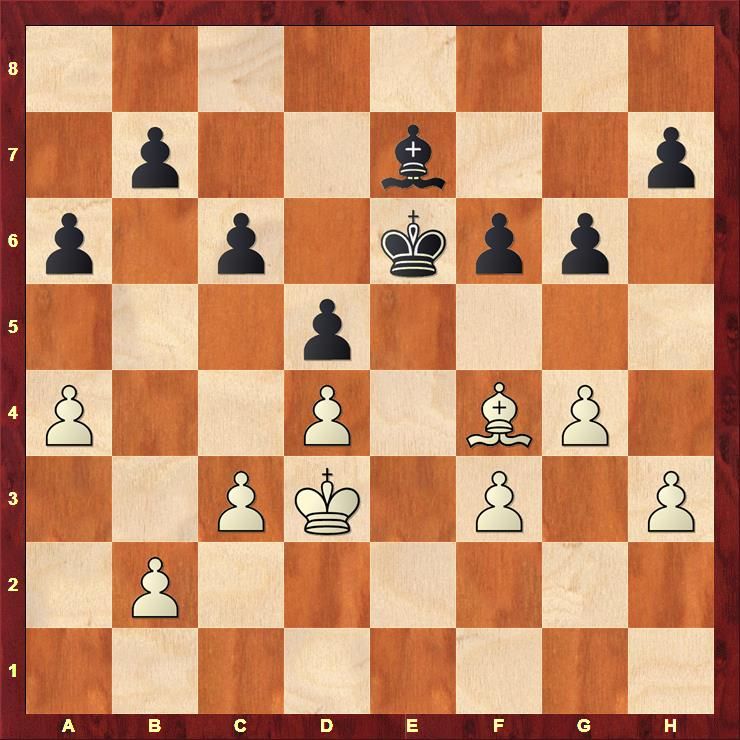 Seven pawns and a bishop for each side. That's a dead draw. 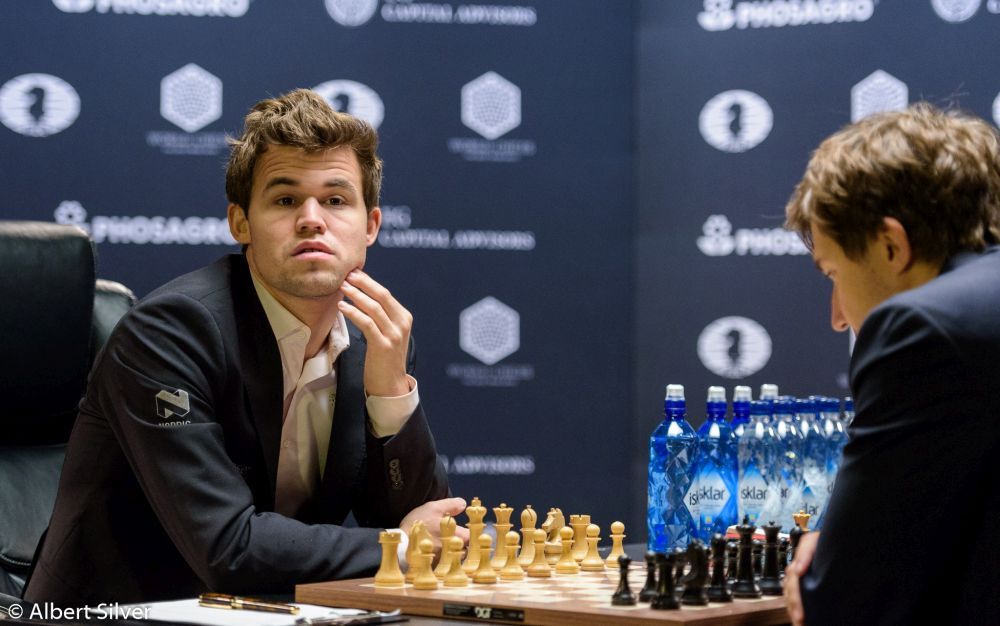 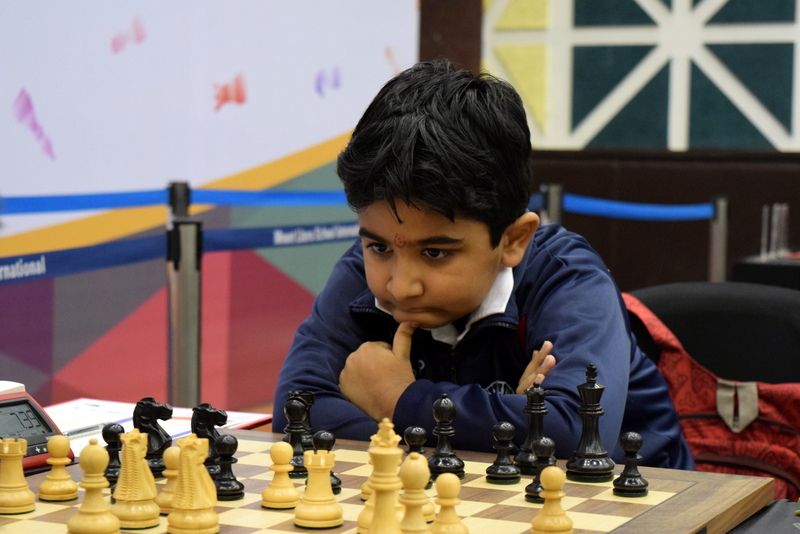 10-year-old Aditya Mittal was travelling back home in the train from a family wedding. The young boy stayed awake, analyzed the entire game and sent it to us. Aditya is rated 2040 and is one of the most talented youngsters of Indian chess.

The classical part of the Match is now over. It has ended in a 6.0-6.0 deadlock. We now shift towards the rapid section.

Chief Arbiter Takis Nikolopoulos had a piece of each colour in his pocket. He asked Magnus to choose first and the World Champion got the black pieces in the first rapid game.

Four rapid games (25 min + 10 sec/move) - Karjakin will have the white pieces in the first game. If the scores are level after these four games, we enter the second stage.

Two blitz games (5 min + 3 sec/move). In case of a level score this will be repeated four more times. So in total this could theoretically lead to ten blitz games.

If the score is level after the 2nd stage, an Armageddon game will be played. This format guarantees a winner, as in case of a draw the player with the black pieces will be declared as the World Champion. White has five minutes, Black has four. An increment of three secsonds is given from move 61.

The game can be followed live here. The rapid will begin at 00.30 hours on 1st December IST (14.00 hrs on 30th November 2016 New York Time). The moves can be seen for free. In case you are interested live commentary, you must pay $7 in the live games page. You can use the promo code "PAWNE4" to get 10% discount.

Everyone thinks that Magnus Carlsen is the slight favourite. It's true that the World Champion has never really lost a tiebreak. Be it London Chess Classic (MVL), Qatar Masters (Yu Yangyi), Grenke Classic (Naiditsch), Magnus has always come out on top. But Karjakin is an excellent a rapid and blitz player and the video below proves that it will not be easy to write him off.

Karjakin getting the better of Carlsen in World Blitz 2015

Who will win the World Championship 2016? 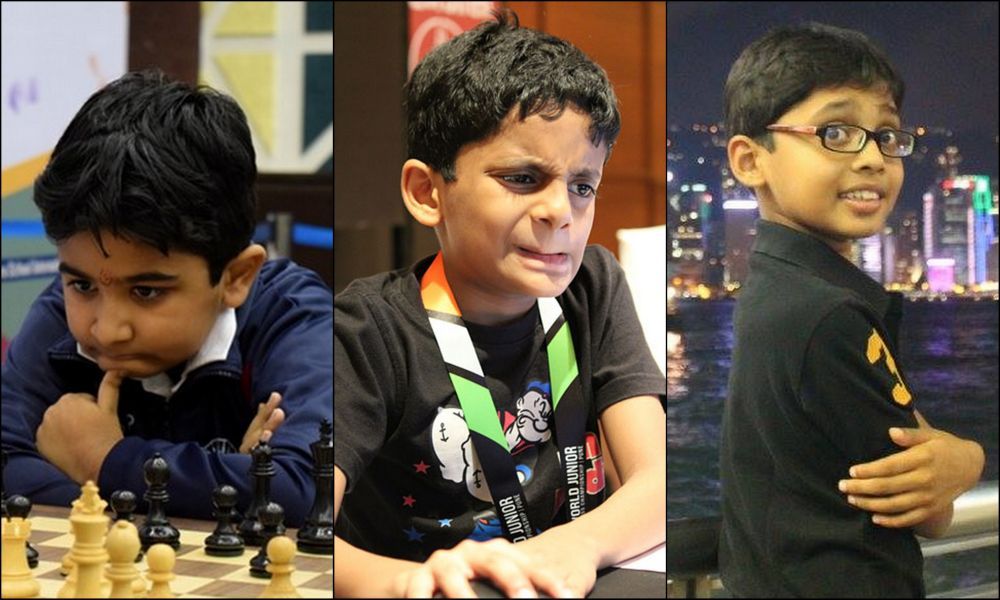 ChessBase India newspage is fast filling up with contributions from young stars like Aditya Mittal, Nihal Sarin and Avathanshu Bhat. If you would also like to do the same do contact us at chessbaseindia@gmail.com.