Indian women made a good start at FIDE World Women's Team Championship 2021. They drew the first round 2-2 against Azerbaijan and won the second round match against Spain 1.5-2.5. Currently they are in shared second place along with Armenia with 3.0/4. Four teams from each pool will advance to the Knockout stages. Harika scored 1.5/2, Tania lost her first round game, Bhakti made 0.5/2 and Mary drew her only game in the second round. India will face Armenia in the third round and CFR Team (Russia) in the fourth round. Round 3 starts today at 3 p.m. CET (6:30 p.m. IST). Photo: Niki Riga/FIDE

IM Vaishali has won both of her games on the first day. The second round win made sure India beat Spain as the remaining three games ended in draws.

India had decisive games on all four boards. Harika and Vaishali won, Tania and Bhakti lost their respective games. GM Harika Dronavalli defeated Azerbaijan no.1 woman IM Gunay Mammadzada who made a tactical error which cost her a pawn. 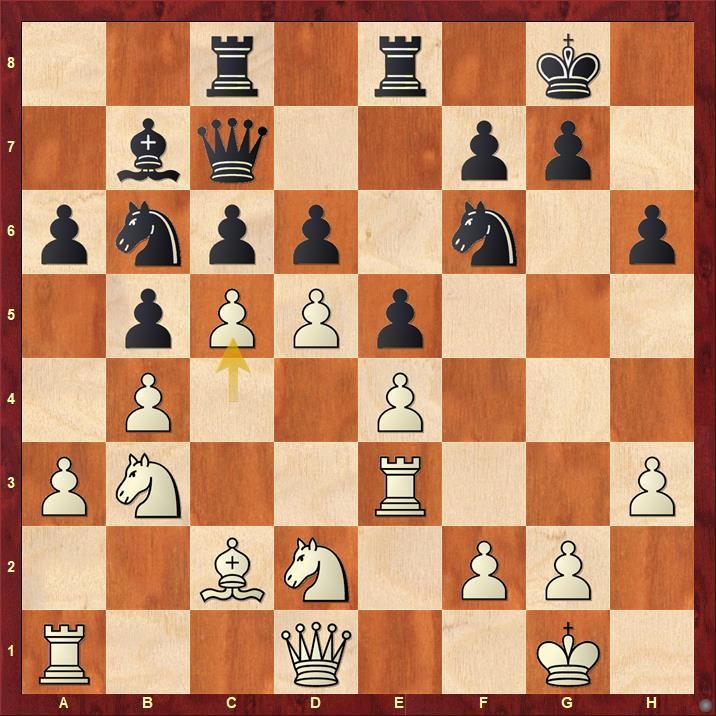 White could have played c5 after taking on c6 first. A direct 20.c5 allowed Black to go for 20...cxd5 21.cxb6 Qxc2. Black gained a pawn and eventually the control of the c-file too. Harika converted her advantage with ease. 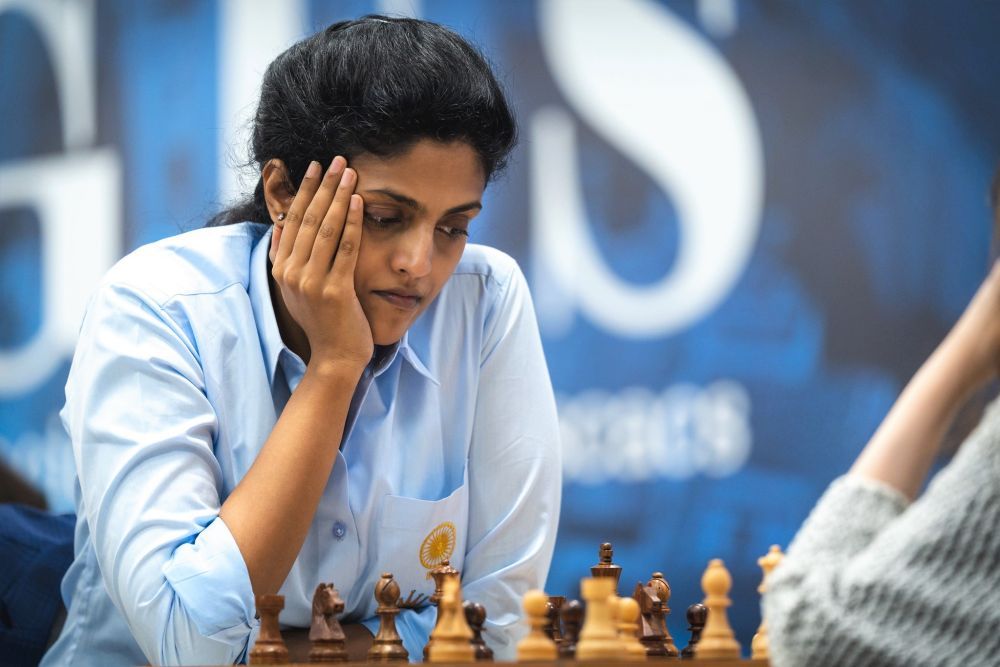 IM Gulnar Mammadova blundered one pawn too many, which gave IM Vaishali a decisive advantage in the queen and rook major piece endgame. 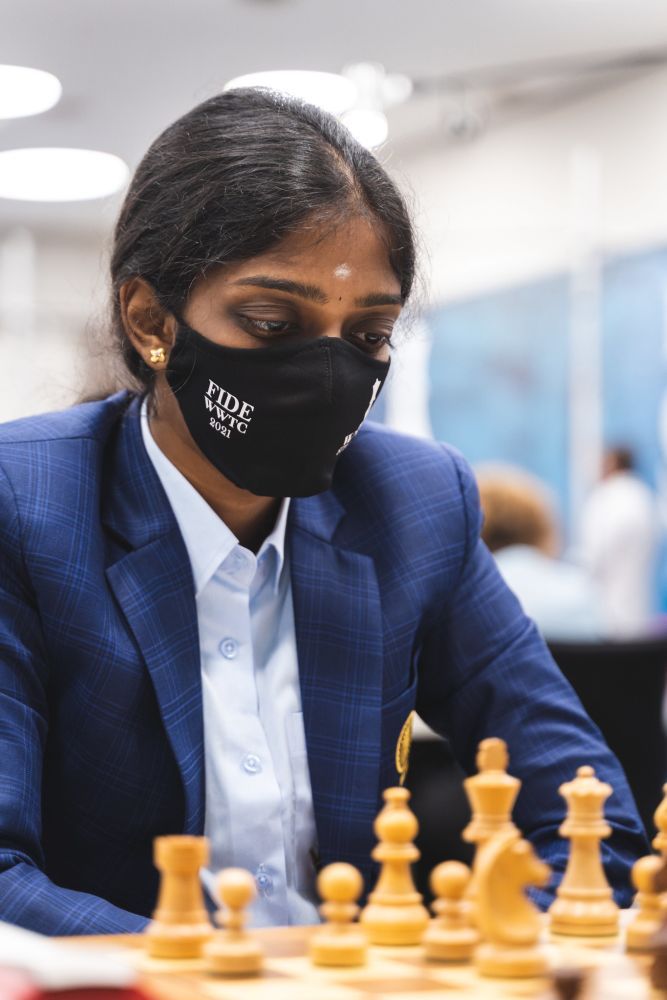 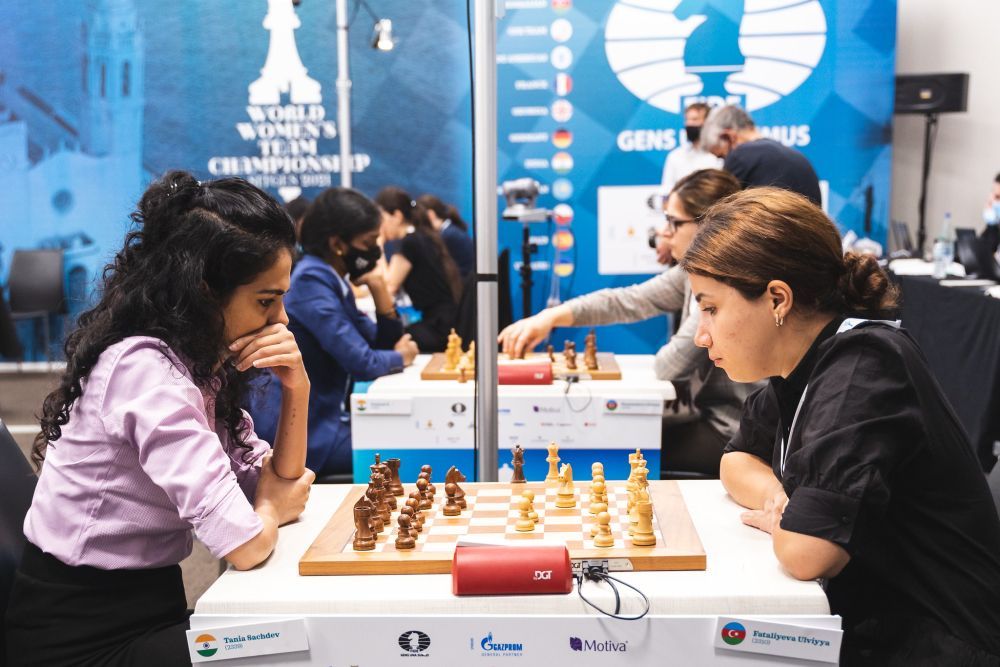 Harika, Bhakti and Mary drew their respective games. Vaishali scored the sole win for the team which made sure India beat Spain. Harika got herself a completely winning position in the final moments of the endgame when her opponent IM Ana Matnadze made a huge miscalculation. 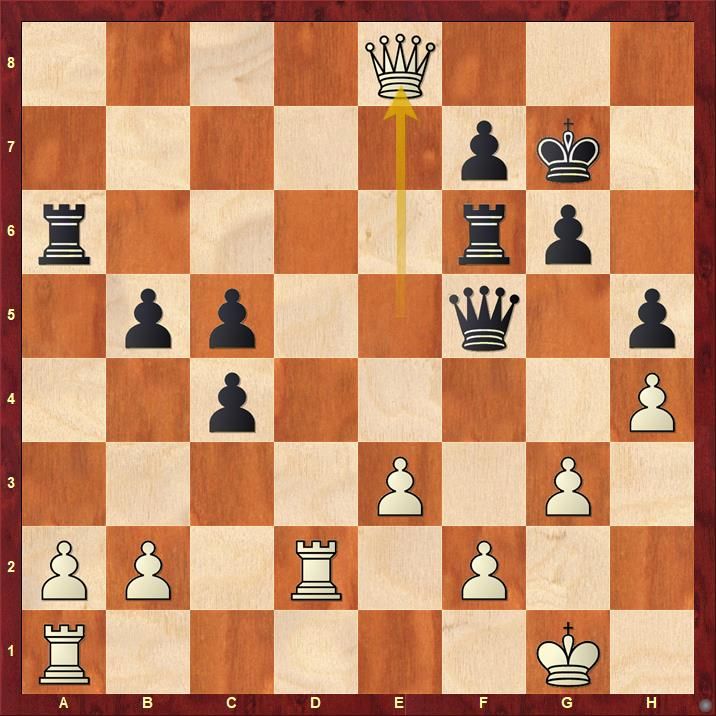 White's threat is to access the back-rank and create trouble for the black king. To prevent 32.Rd8, Black had to play 31...Rad6 and then b4 after trading a rook. However, Black continued 31...b4 which allowed White to play 32.Rd8 and now Black had no choice but to give perpetual check 32...Qxf2+ 33.Kh1 Qf3 and the game was drawn after repeating the same moves.

Bhakti got multiple opportunities to win in the endgame against FM Maria Eizaguerri Floris, however she missed them all and the game eventually ended in a draw. 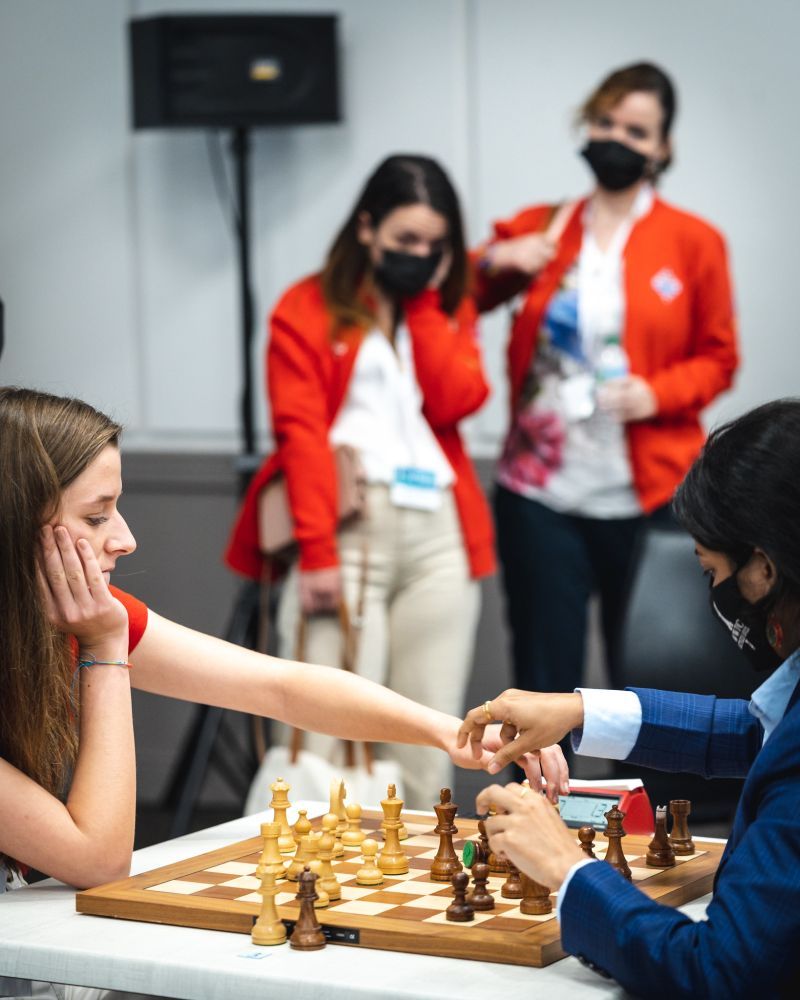 WGM Mary Ann Gomes drew her game against IM Marta Garcia Martin. It could have gone either way. 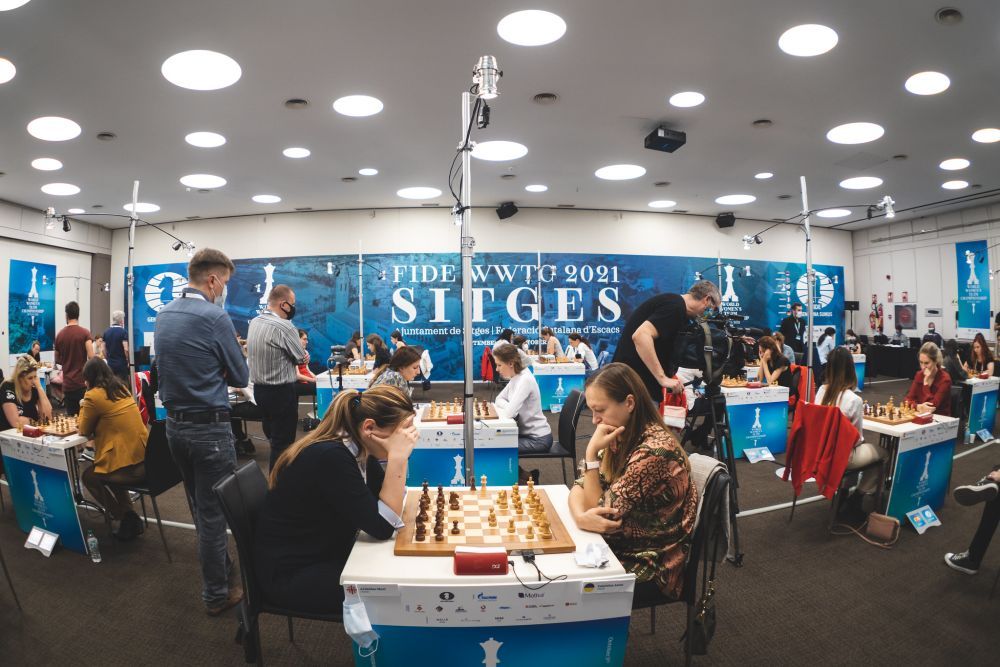 Replay Round 1 and 2 games of India