The first game of round two of the World Cup 2017 was a mixed bag for Indians. Vidit performed phenomenally to beat Le Quang Liem with the black pieces. Adhiban did give Nepomniachtchi a scare, but in the end they agreed to a draw. Harikrishna against Sethuraman was a short draw with nothing much happening in the Berlin Endgame. The big news of the day was Vishy Anand losing to Canadian GM Anton Kovalyov after a speculative knight sacrifice didn't work so well. We have the full report with pictures, videos, game analysis and much more. 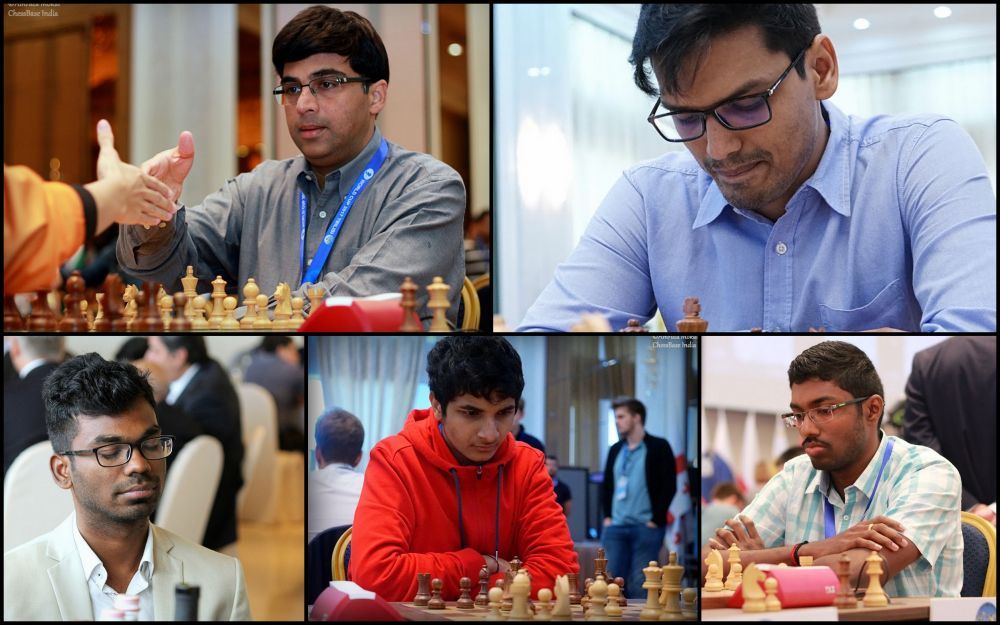 It's a pity that two of our players Harikrishna and Sethuraman were paired against each other in the second round of the World Cup 2017. The downside, of course, is that one of them will get eliminated. We will surely not see five Indians going to the third round. On the positive side because of this pairing, we will surely have one Indian player qualifying to the third round! 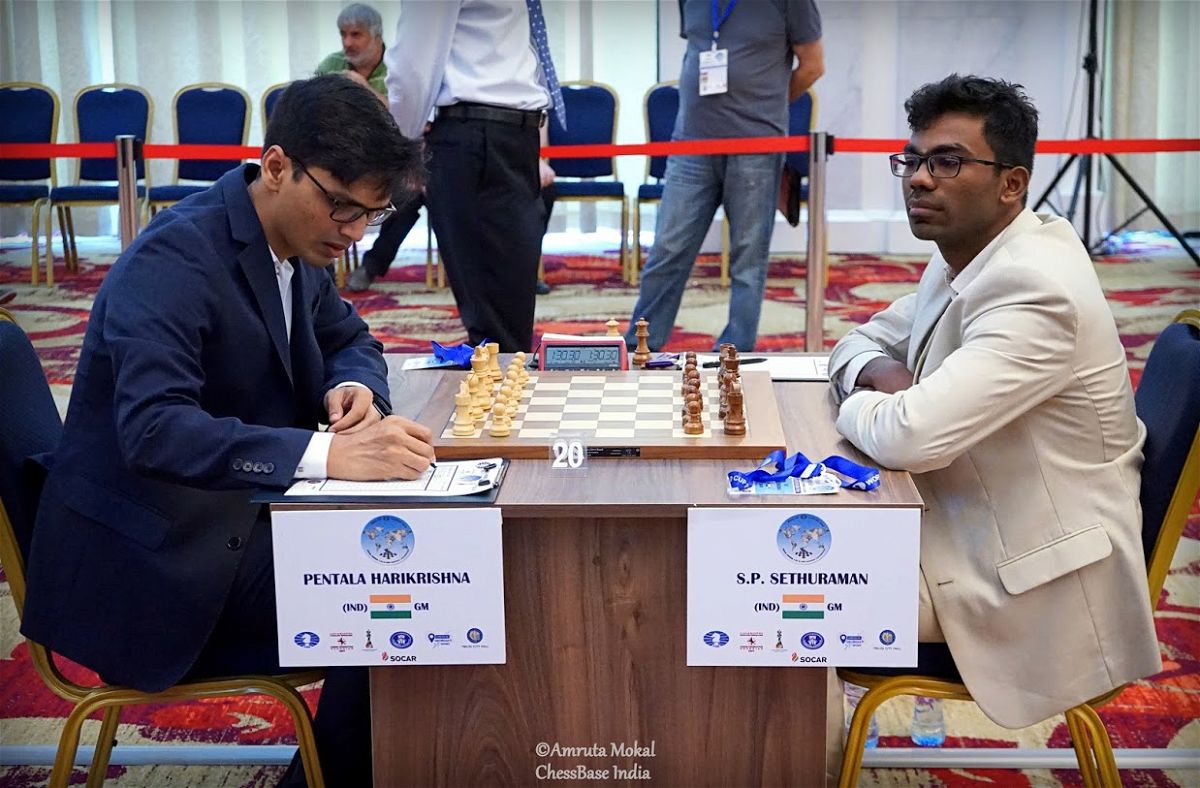 Harikrishna is surely the favourite to win the match. However, he was also a favourite two years ago in the 2015 World Cup when Sethuraman emerged as victorious

The first game between Hari and Sethu opened with 1.e4. Sethu went for the tried and tested Berlin Defence. Whenever White goes for the Berlin endgame, my question is - what is the new idea that you have under your sleeve? After the game, more often than not, I am left disappointed. The game between Harikrishna and Sethuraman was no different. Hari with the white pieces could pose no problems for his opponent and the game ended in a draw. Sethuraman now will have the white pieces and a possibility to press in the second game of the round. 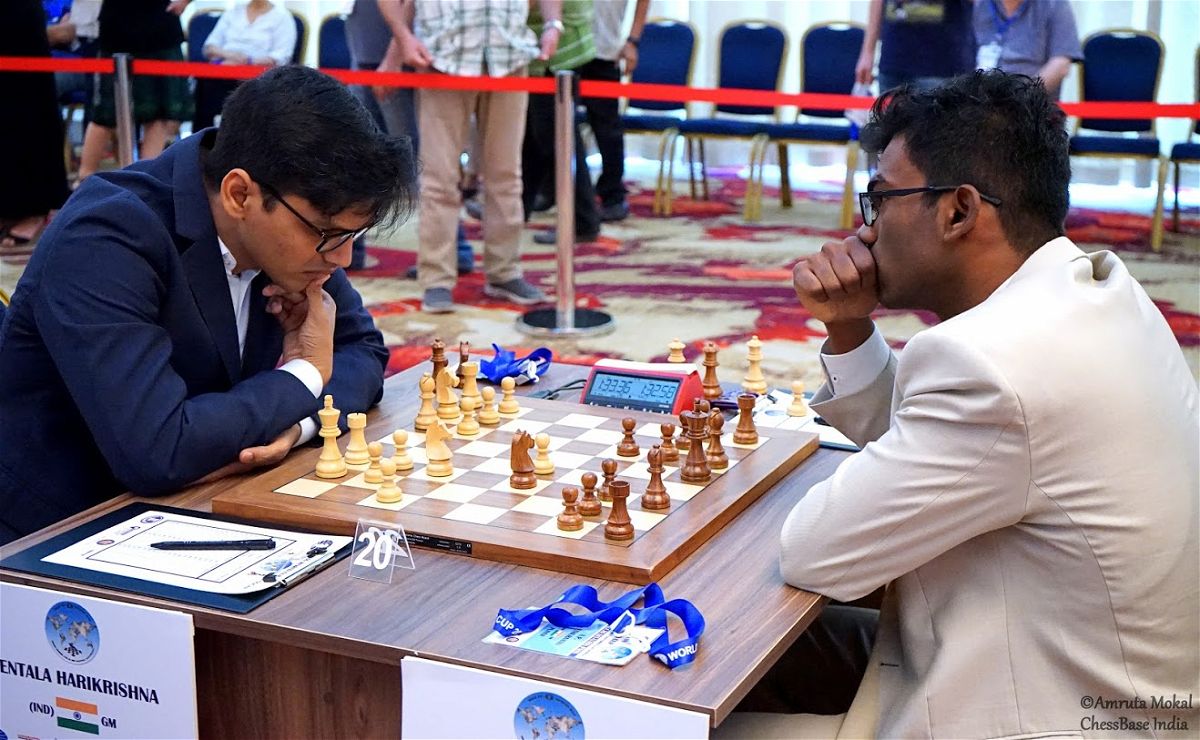 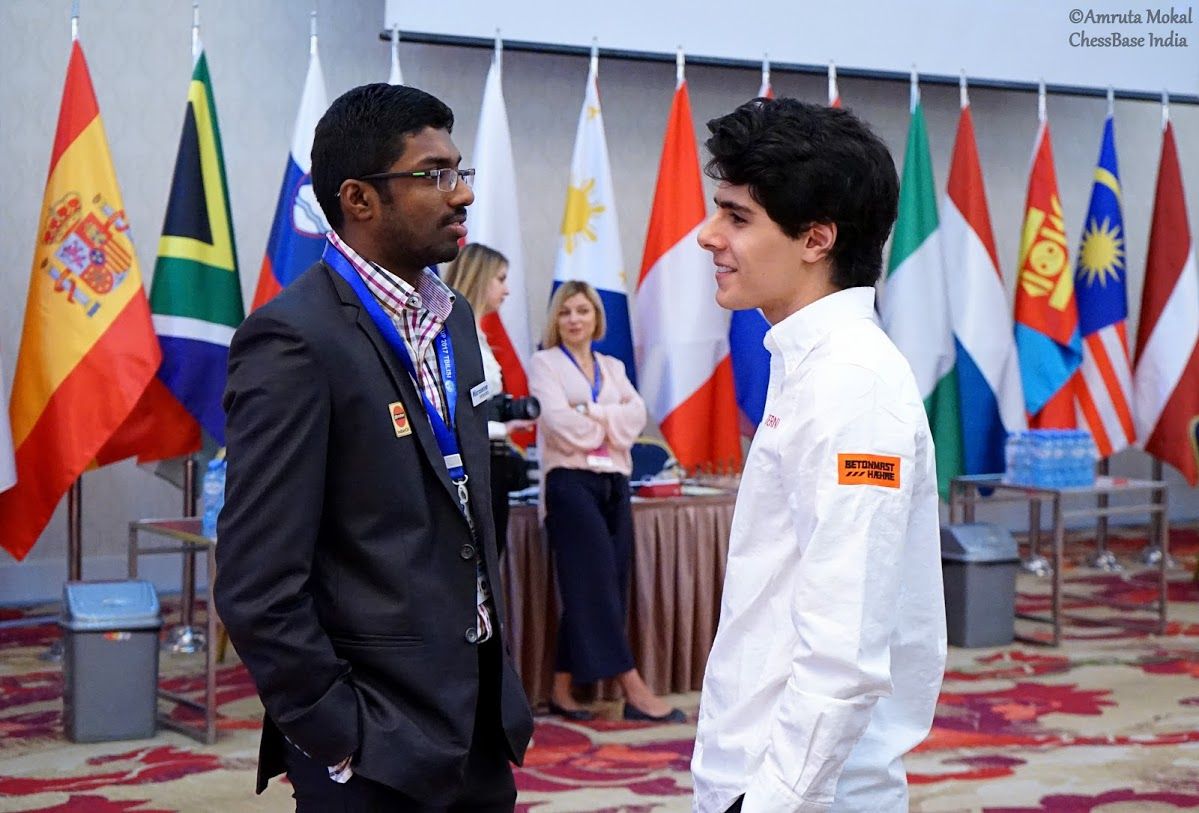 Adhiban speaking to Norway's Aryan Tari before the game 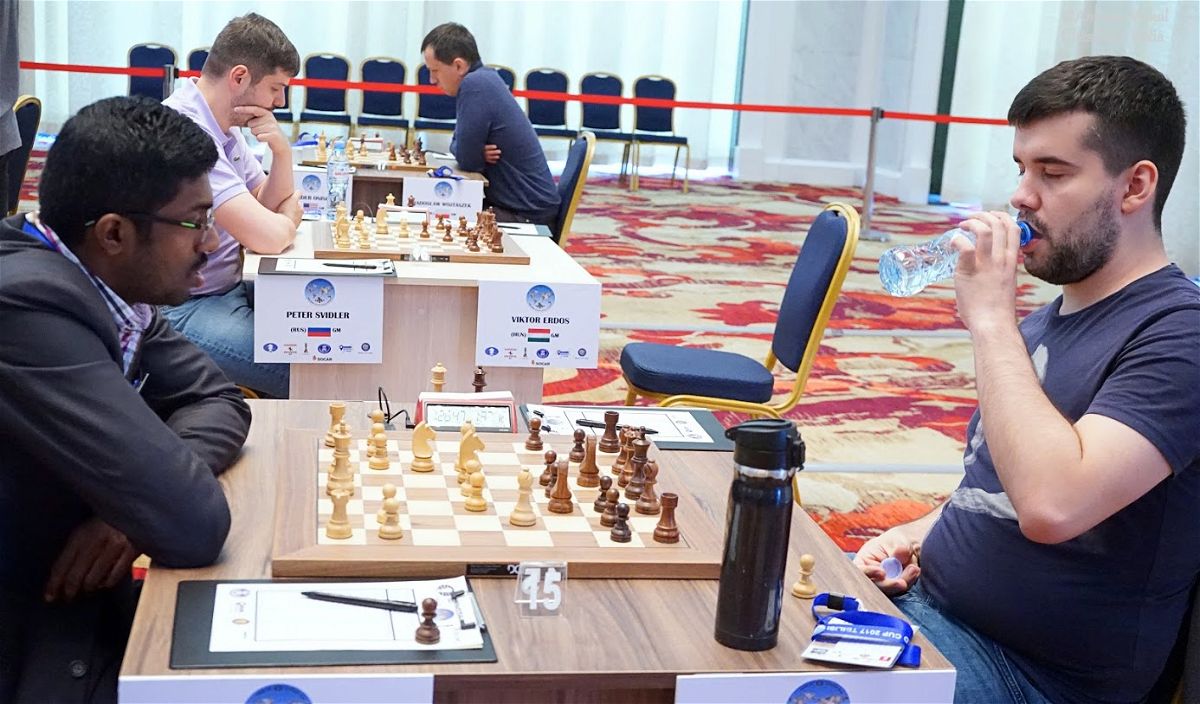 When two uncompromising players meet each other, you often see the Najdorf being played! Adhiban took on Ian Nepomniachtchi

Adhiban opened the game with 1.e4 and Nepo replied with the Sicilian Najdorf. Adhiban chose the sharpest variation of all with Bg5. When the Indian player played Bc4, Black went completely wrong with b5. The main move there was Qb6. 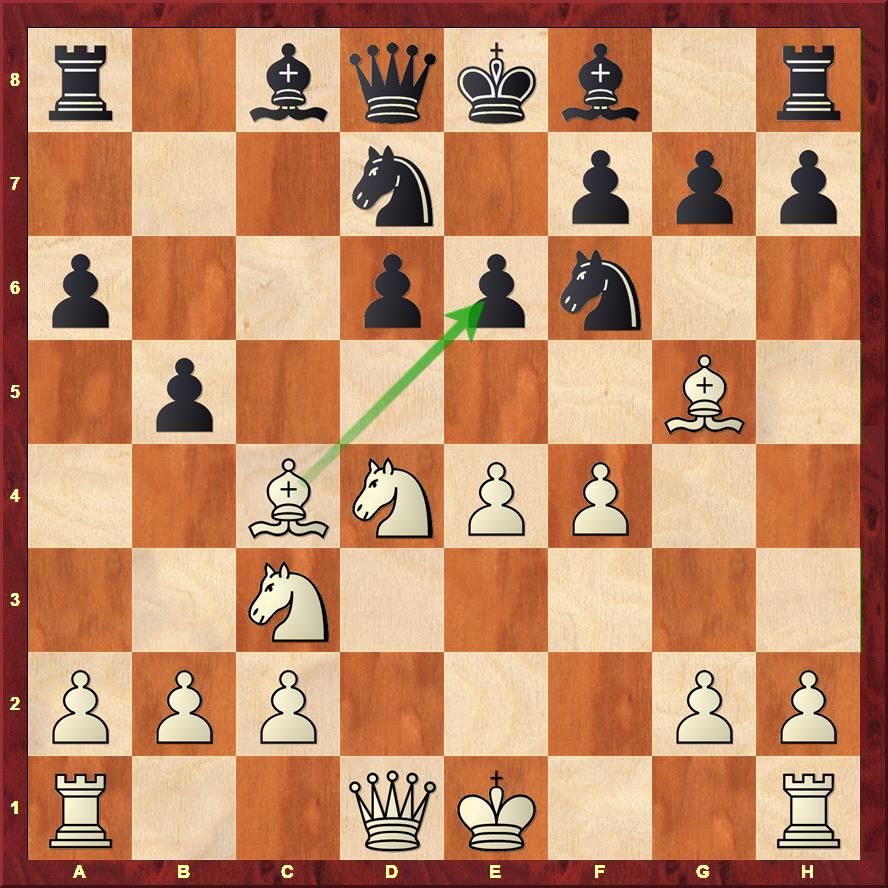 Nepo's b5 was met with a piece sacrifice Bxe6!

Adhiban was very close to achieving a huge advantage, but one error from him was enough to give his opponent good enough counterplay and the player's split the point. 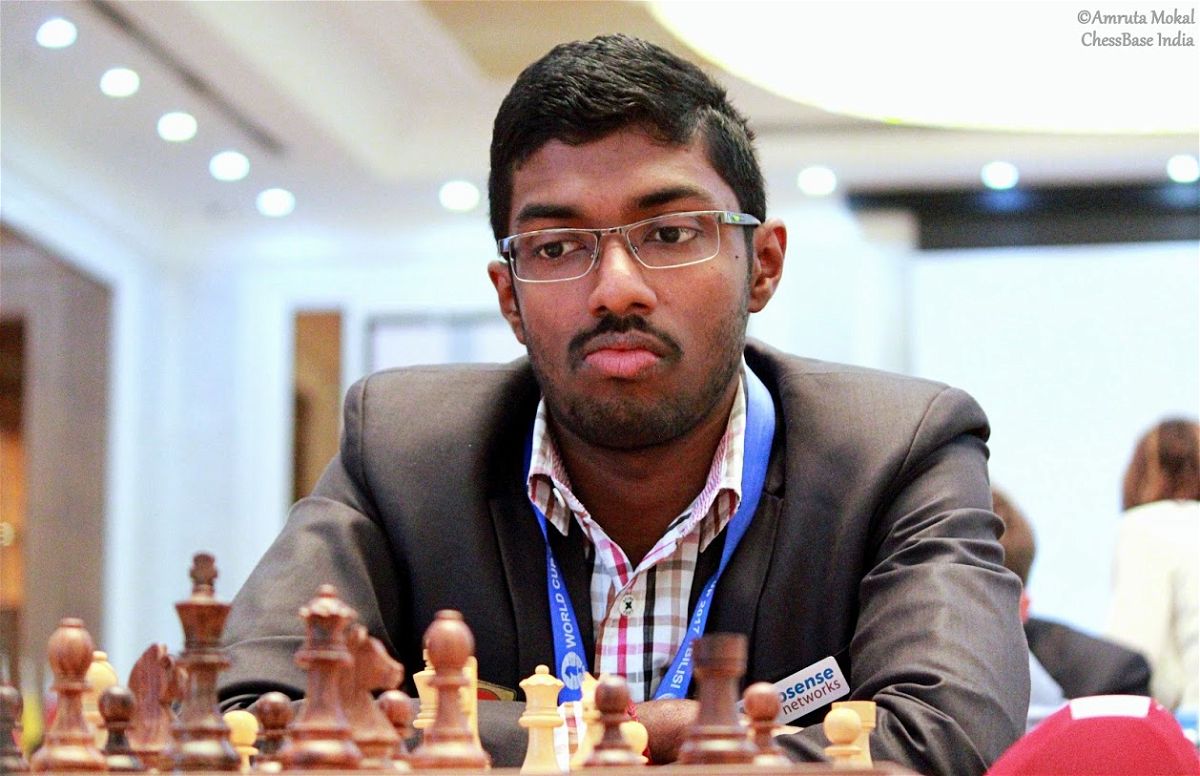 Can Adhiban beat Nepomniachtchi with the black pieces in game two? 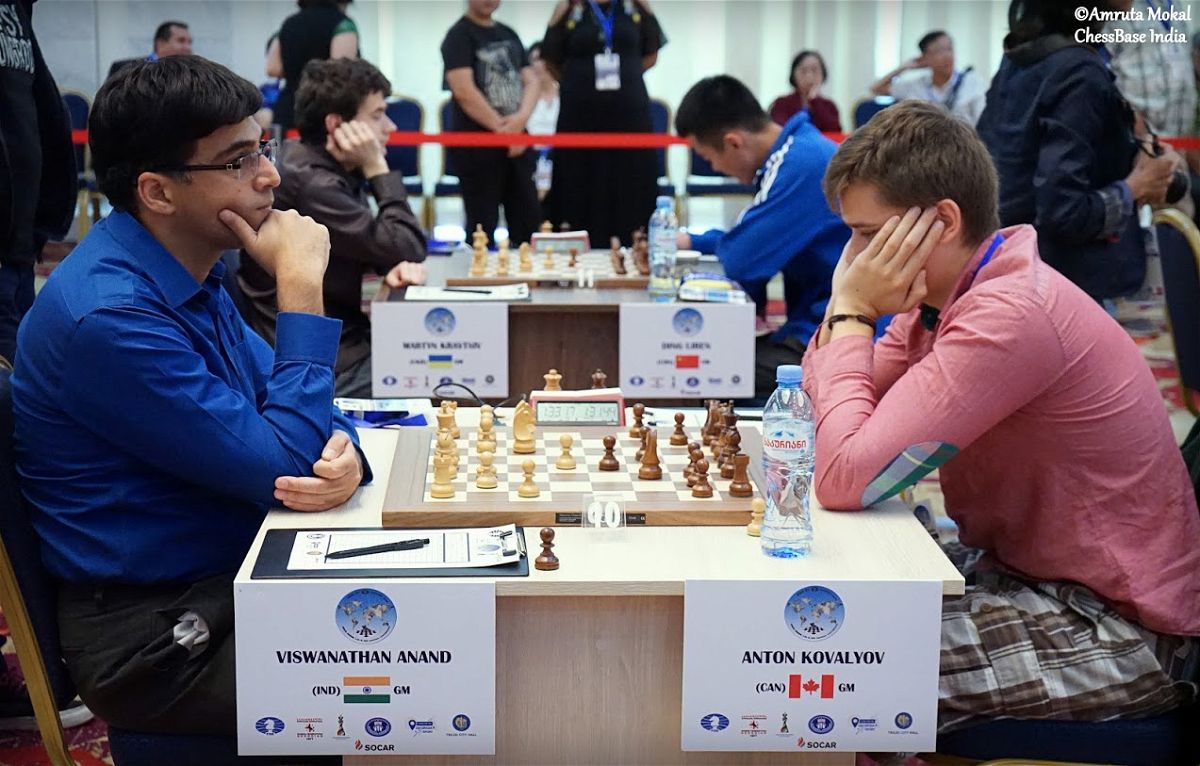 The biggest news of the day was Anand losing his game with the white pieces against Canadian grandmaster Anton Kovalyov. Anand had a pleasant position out of the opening but then went for a speculative piece sacrifice. 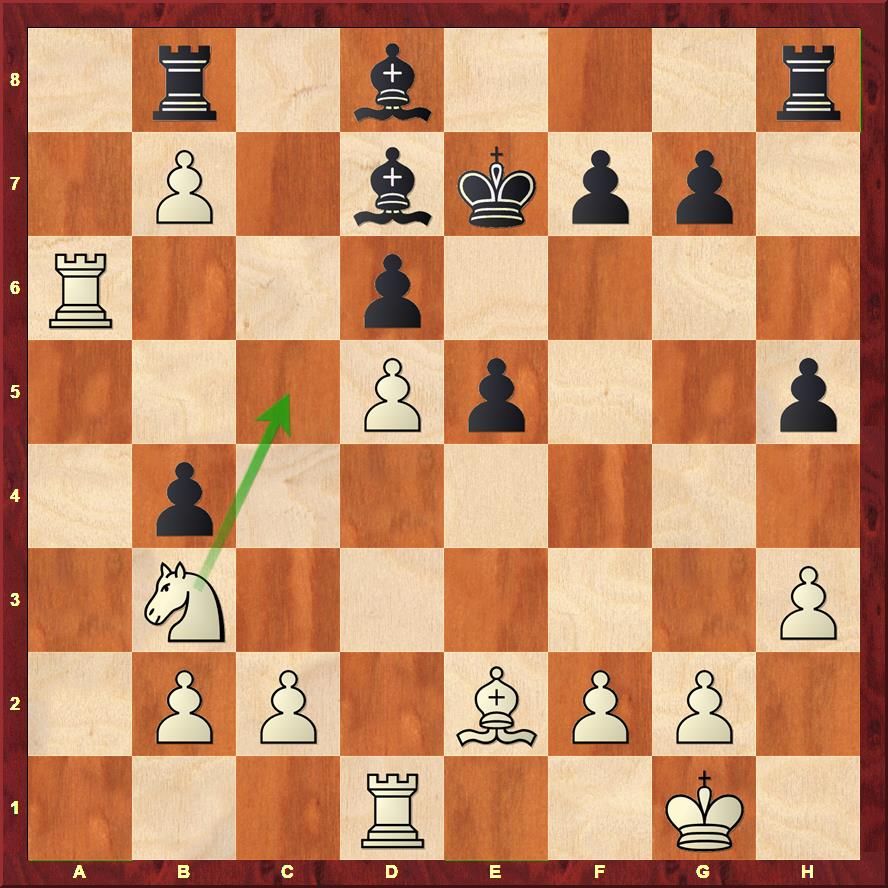 Anand played Nc5 in this position trying to get compensation for the missing piece, by keeping the pawn on b7 alive.

The sacrifice could have worked against someone who was not in his best form. As it turned out, Kovalyov played precise moves and did not buckle under pressure. He made sure that Anand got nothing out of his piece sacrifice and slowly converted his extra material. As of now, he is a favourite to qualify for round three.

Not many would have given Kovalyov a chance to beat the five-time World Champion, but he did so, and that too with the black pieces. 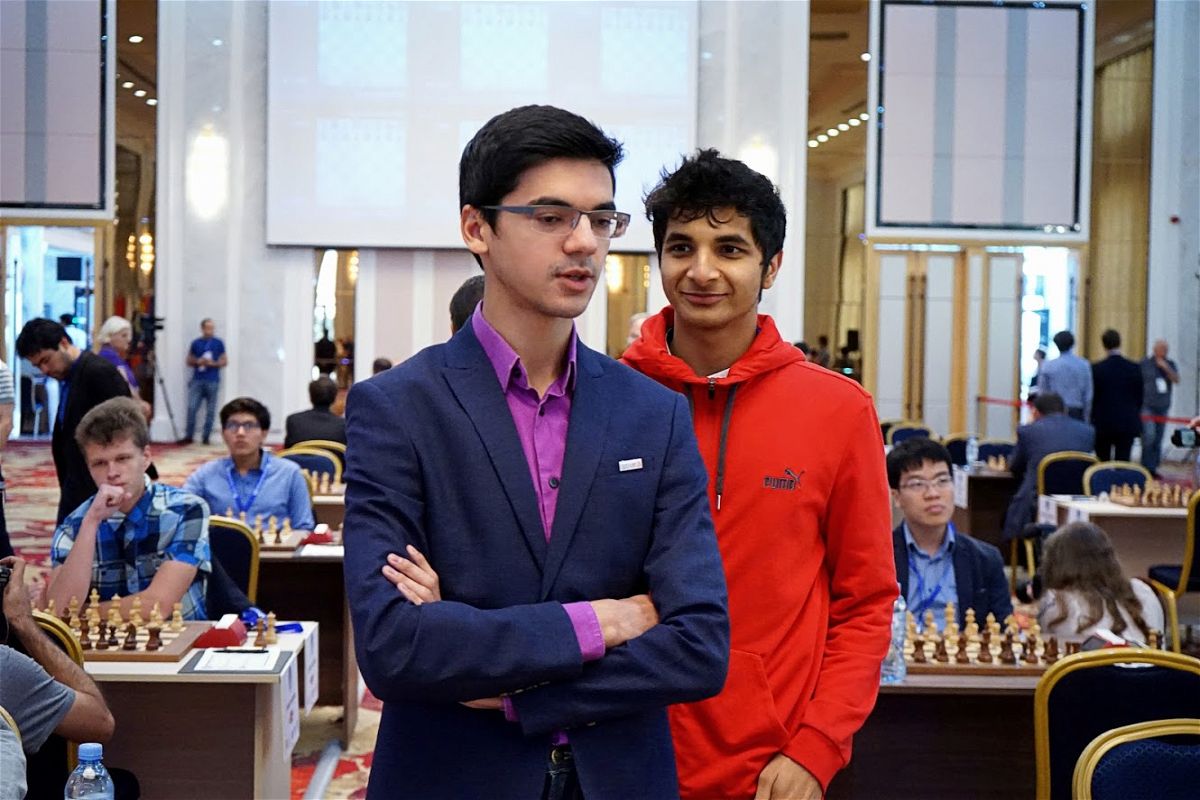 Anish Giri played a solid draw with the black pieces against Alexander Motylev, while his second, Vidit Gujrathi was much more successful beating Le Quang Liem with black. 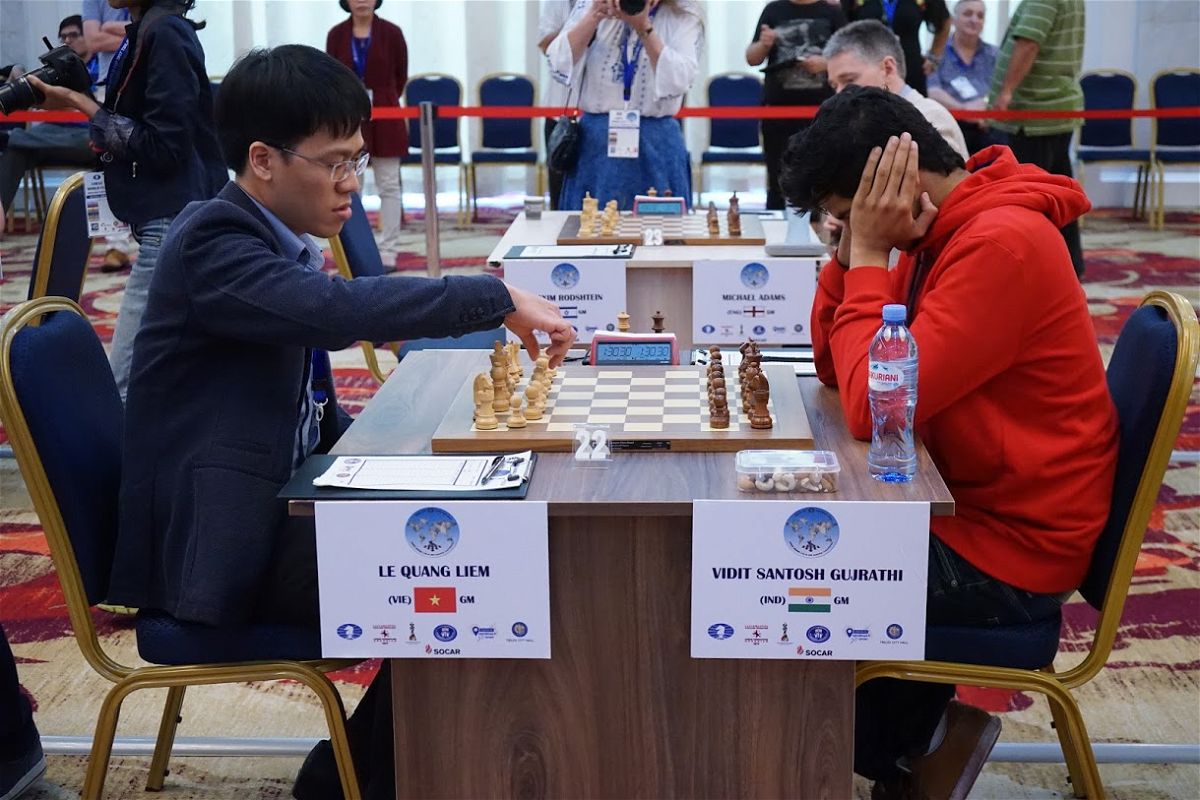 Vidit's excellent performance with black pieces leaves him in a very favourable situation in the match, having to make a draw with the white pieces 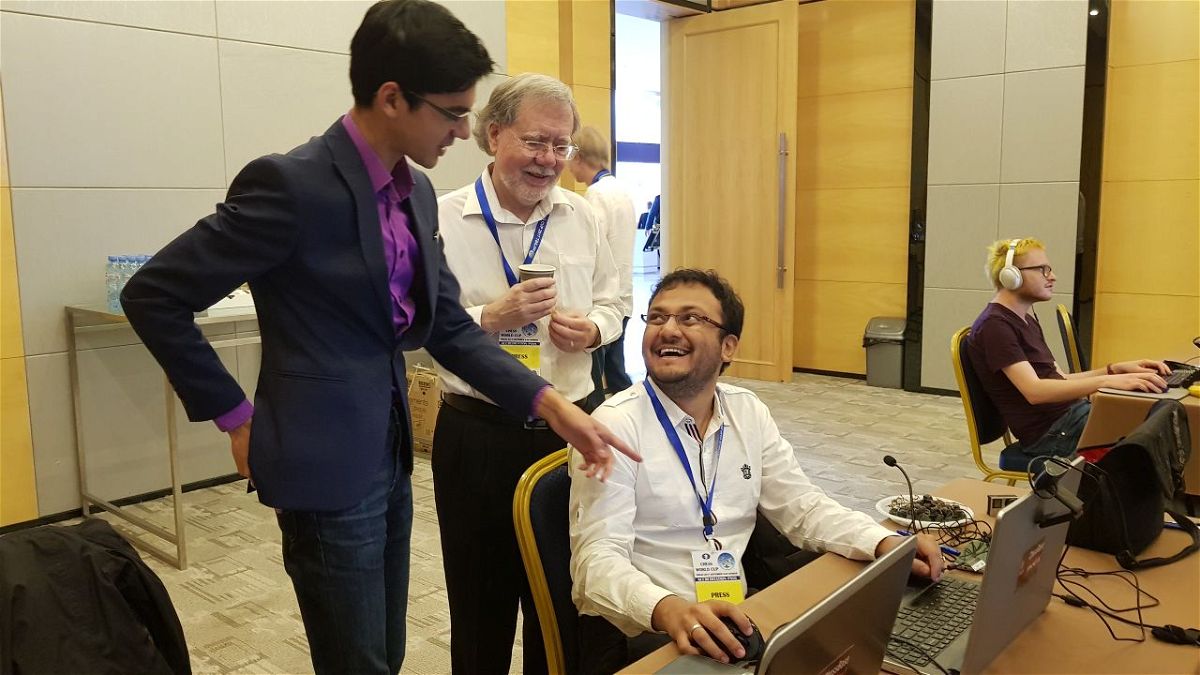 Anish finished his game very early and was in the press room to discuss a few games with me and GM Ian Rogers. Did you know Anish reads each and every article carefully on not only chessbase.com but also on chessbase.in. He is a voracious reader with an excellent memory. 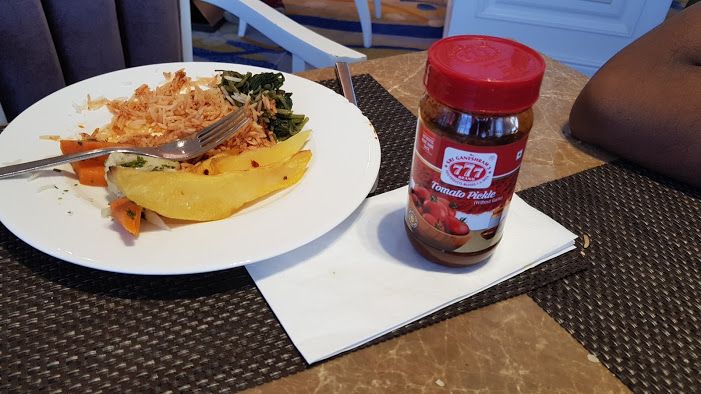 To all those wondering if we are getting good food in Tbilisi - as long as we have the tomato pickle, nothing can affect us!

Decisive games of round 2.1 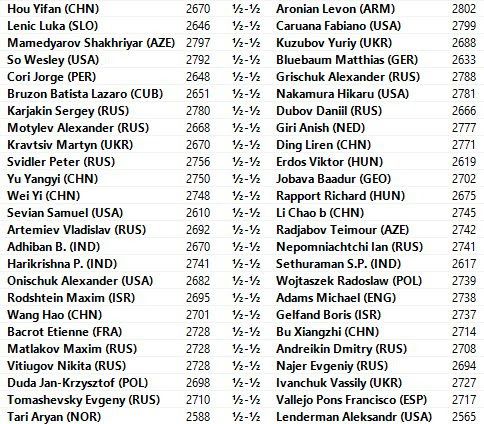