The participants of the ChessBase India Tour to the Catalan Circuit

Have you always wanted to play in a tournament outside India but didn't feel confident about the logistics? Well, the ChessBase India Power group tour to the Catalan Circuit, is your perfect chance to plan tournaments outside India and also save money. How? A group tour manager will be looking after all your needs as you focus and give your 100% on the board. This year the circuit begins from the 24th of June 2019. In this article you will find the names of the participants who have already enrolled for the group tour. Sreeshwan Maralakshikari rated 2461 is one of them. You also have many other talented youngsters like Arhan Anand, Honi Arora, Tejes Kumar and others. There isn't much time left, so make your decision soon!

The ChessBase India Power group tour is a concept where youngsters can travel with a ChessBase India tour manager for a series of tournaments outside India. What this basically ensures is that the parents do not have to travel with their children and it saves a lot of time and finances in the process. Also the children become independent and learn at lot about managing their day to day activities.

The last ChessBase India Group Tour went to Dubai and Sharjah Open in the months of March and April 2019. This was our second ChessBase India group tour after the one we made to Barcelona in 2018. We had five players from all parts of India who went with Niklesh Jain, the group tour manager and his wife WIM Angela Franco. This is how the players performed. 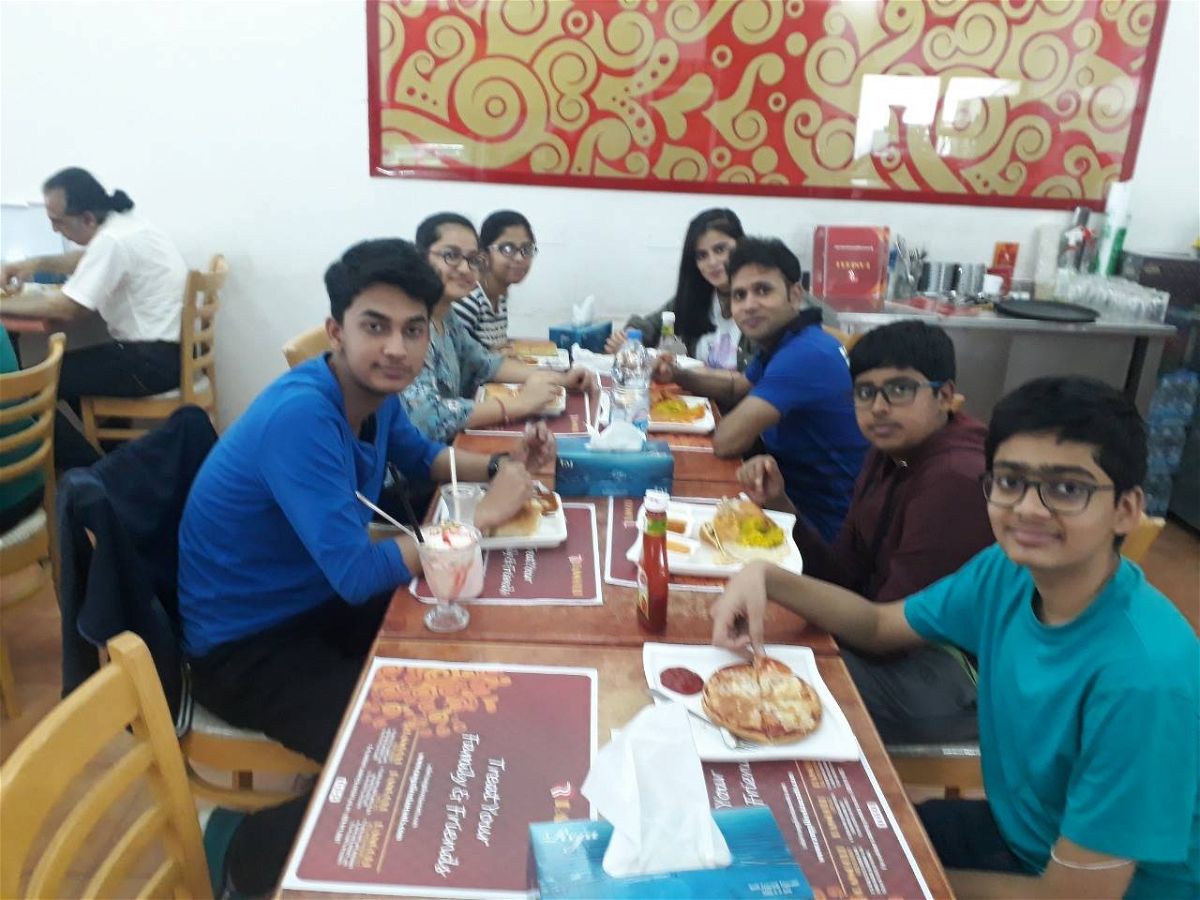 The entire group of seven having their last meal together in Dubai | Photo: Niklesh Jain 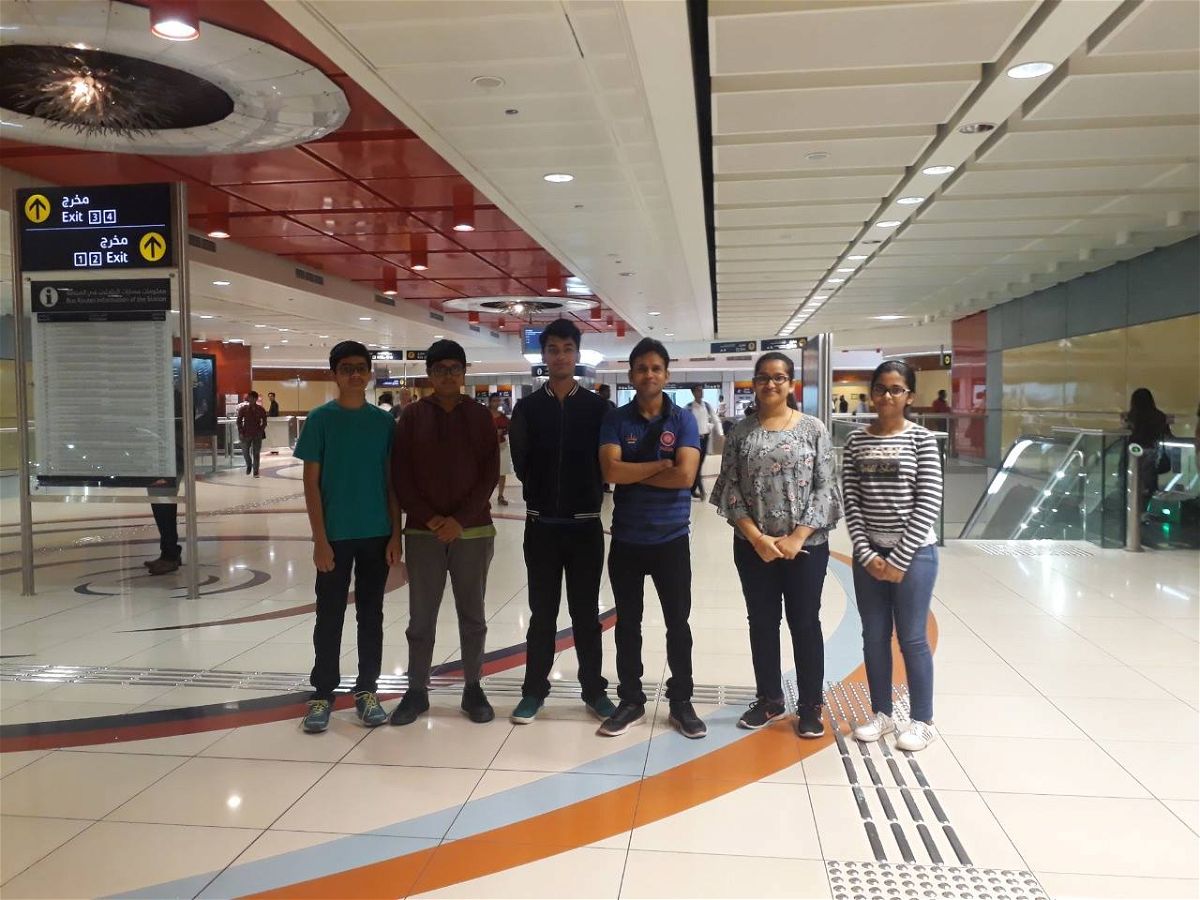 Here's a glimpse of the accommodation arrangements that were made for the players: 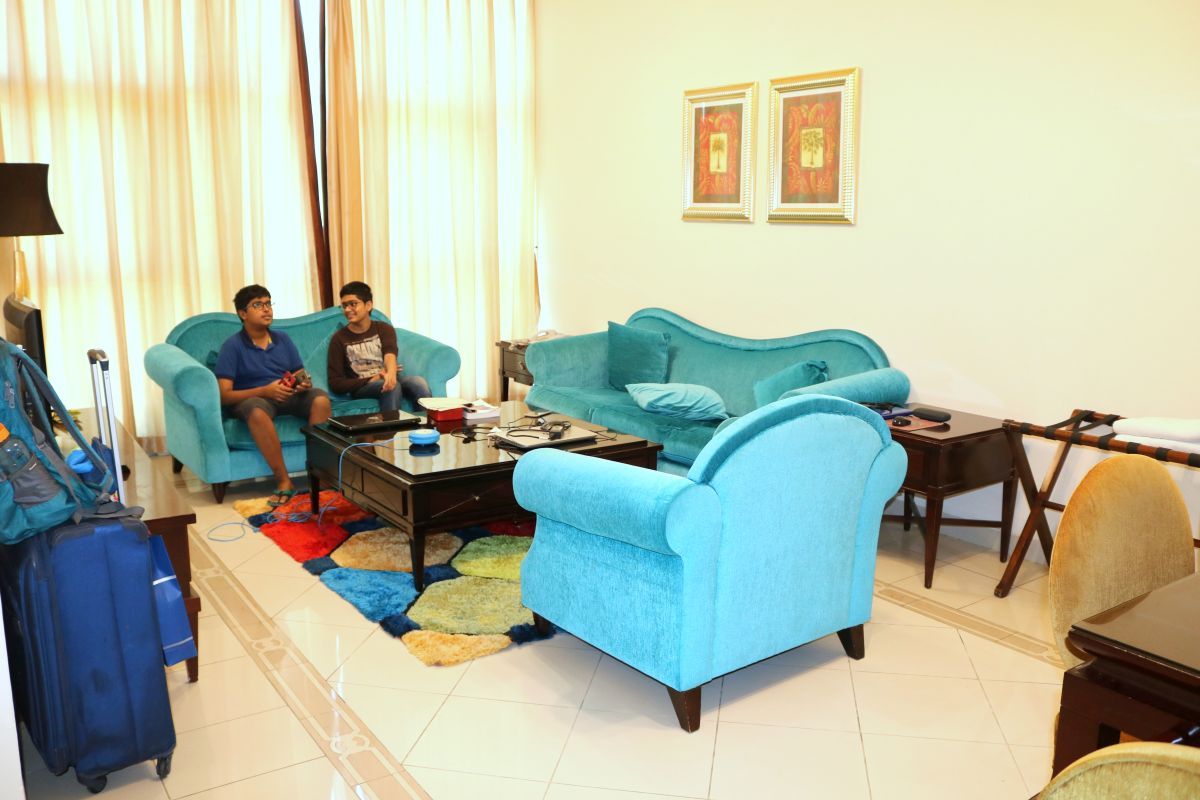 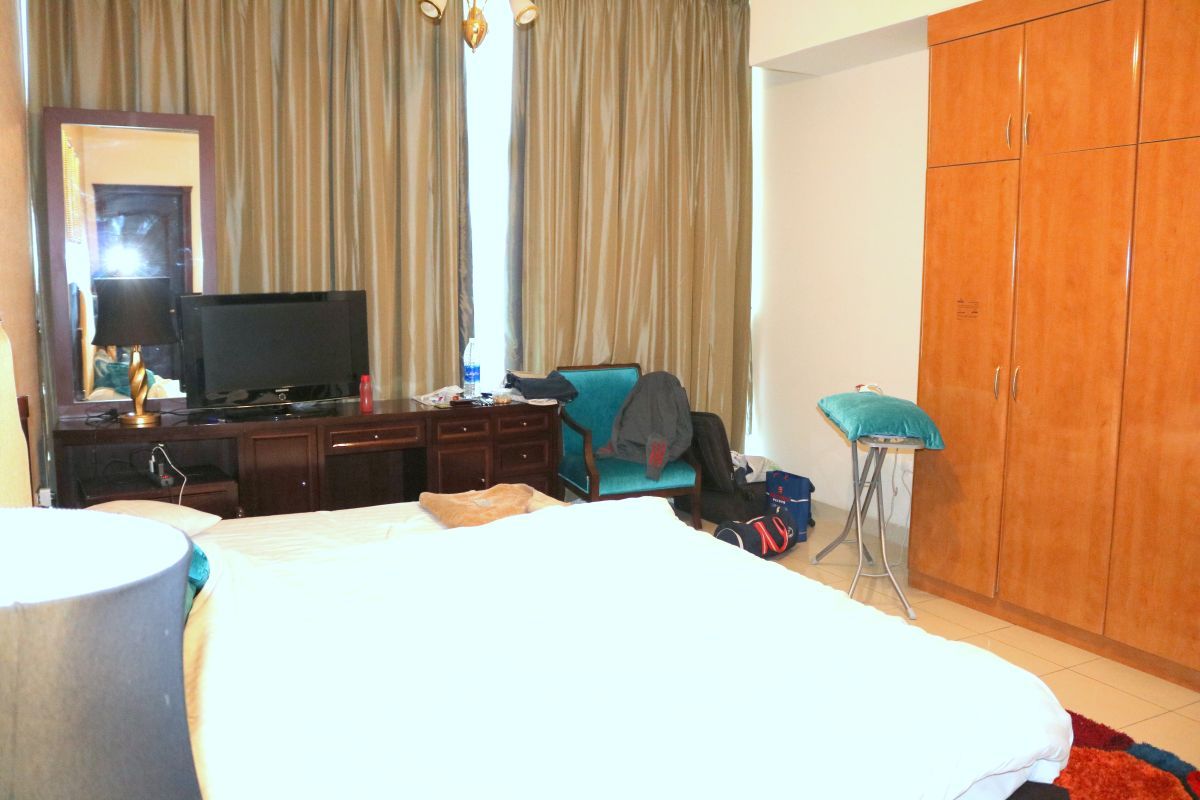 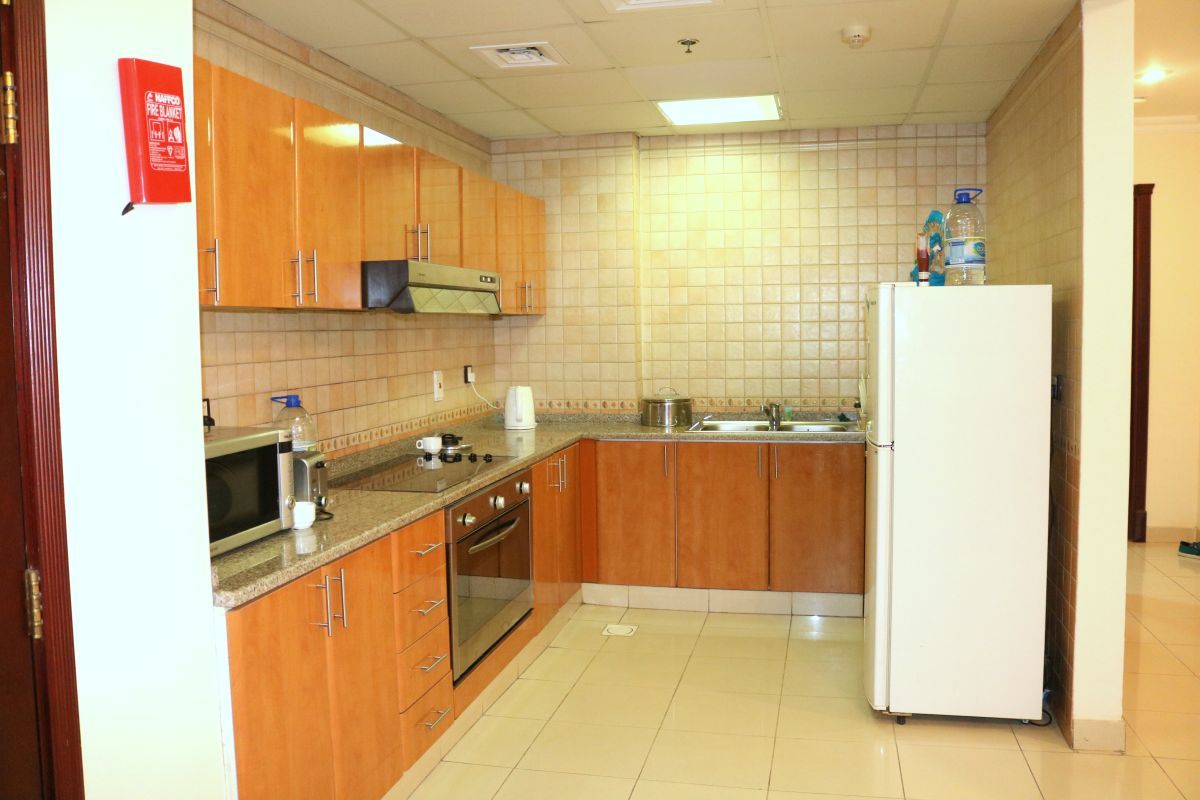 Feedback from the parents

My daughter Mrudul Dehankar returned from Dubai and Sharjah tour. Niklesh Jain and his wife are very cooperative. They took care of my daughter in all respects. My daughter enjoyed the tour for playing her chess games and also enjoyed sight seeing that was arranged. We both parents are working and could not give exposure to our daughter for foreign tours. ChessBase India is a good platform for us. - Vilas Dehankar

According to my daughter, she enjoyed very much. Both the coaches Niklesh and Angela were very cooperative and friendly and provided every necessary things that she needed. And as a parent I felt very comfortable and relaxed sending my child with the ChessBase India group. And if ChessBase will organise such a trip in future, we will surely think about it. Thanks for everything. - Deepak Goyal

What's next? The Catalan circuit 2019 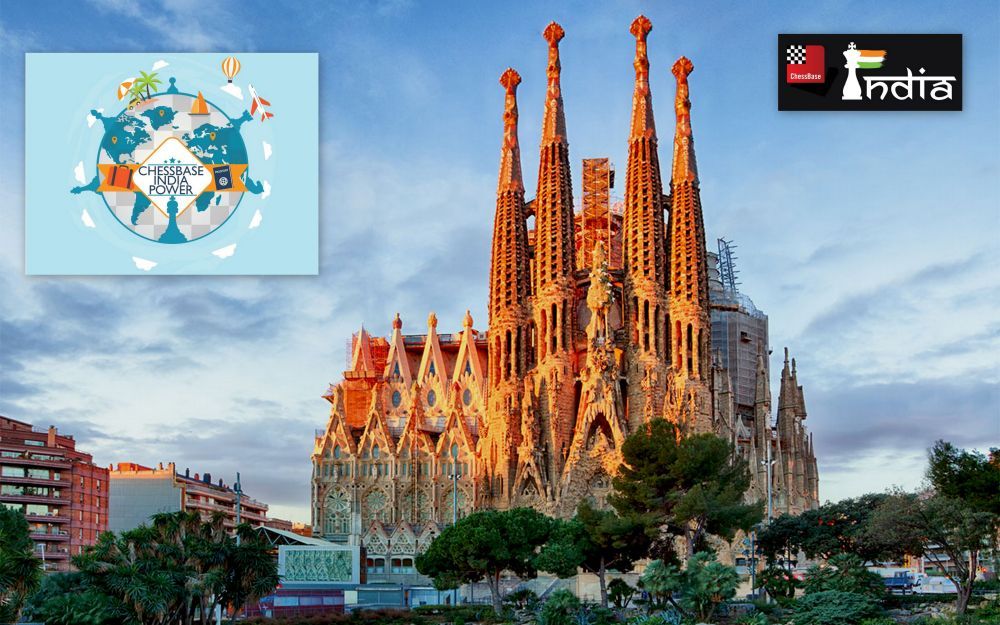 The ChessBase India Power group Tour manager will be Ankit Dalal. There is also a tournament before the Barbera Open - Platja D'Aro open. However, it is quite soon and it is away from the city of Barcelona. Hence, it would make sense to play four tournaments beginning from Barbera, Sant Marti, Sitges and Badalona.

The cost of the package is Rs.1,80,000 for four tournaments inclusive of food. You can get further details by contacting ChessBase India Power on the phone number given at the end of the article.

Here are the players who are joining the ChessBase India Power Group Tour:

The current under-14 Asian Champion and one of the brightest talents of Indian chess Sreeshwan Maralakshikari will be part of the group tour. His Elo is 2461 and he already has two IM norms. He will be looking to secure his final GM norm. 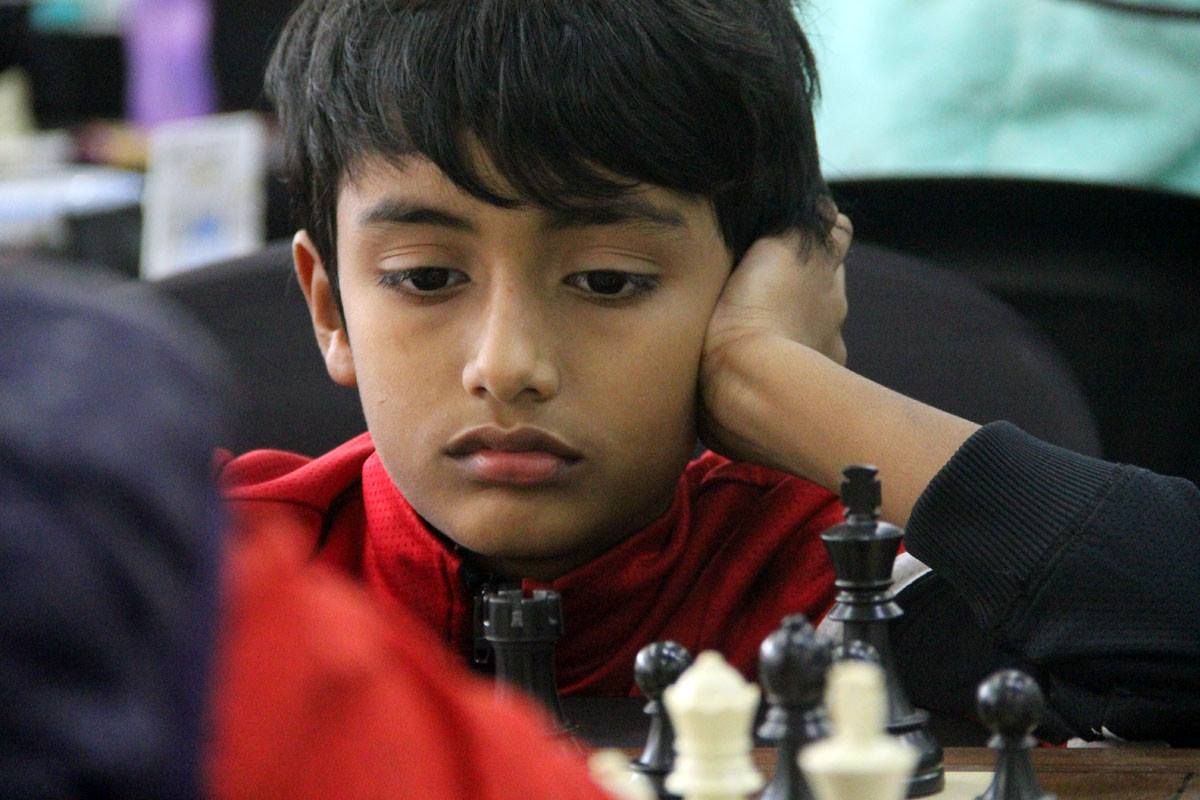 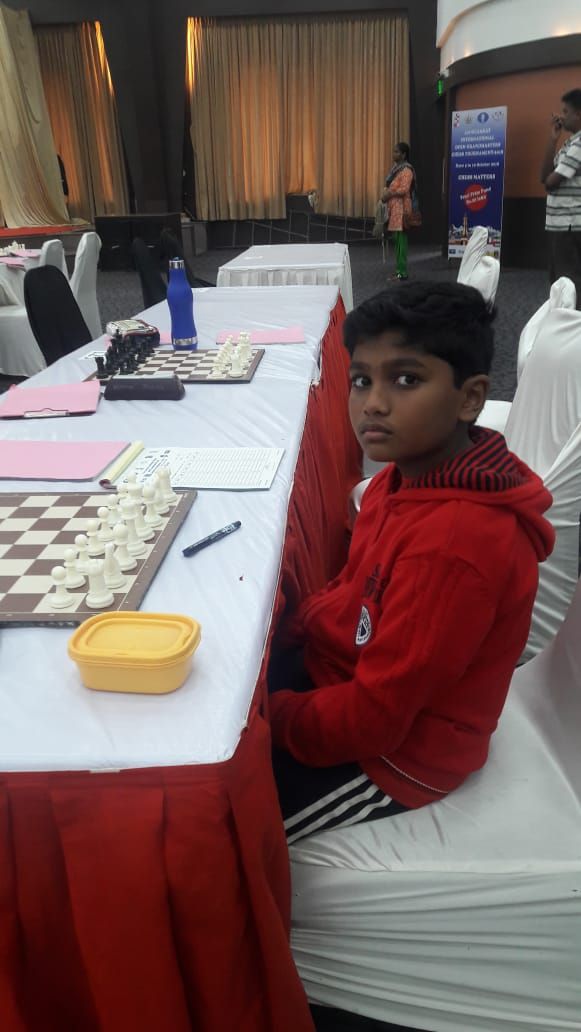 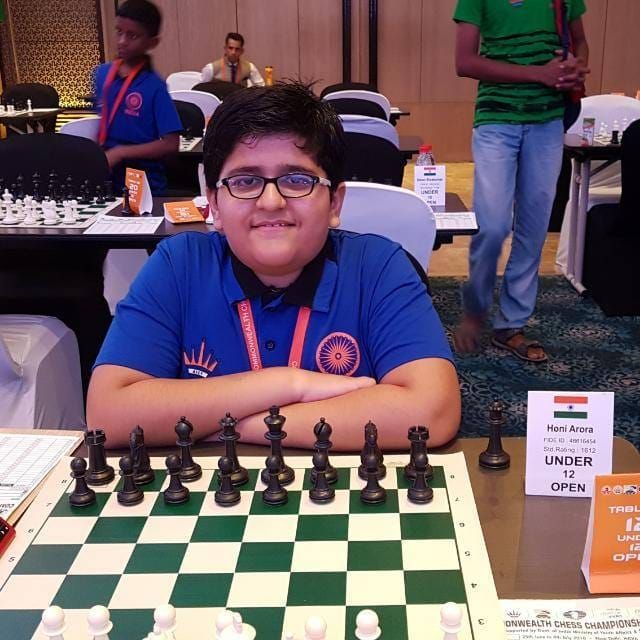 Honi Arora, also born in 2007 is part of the group tour 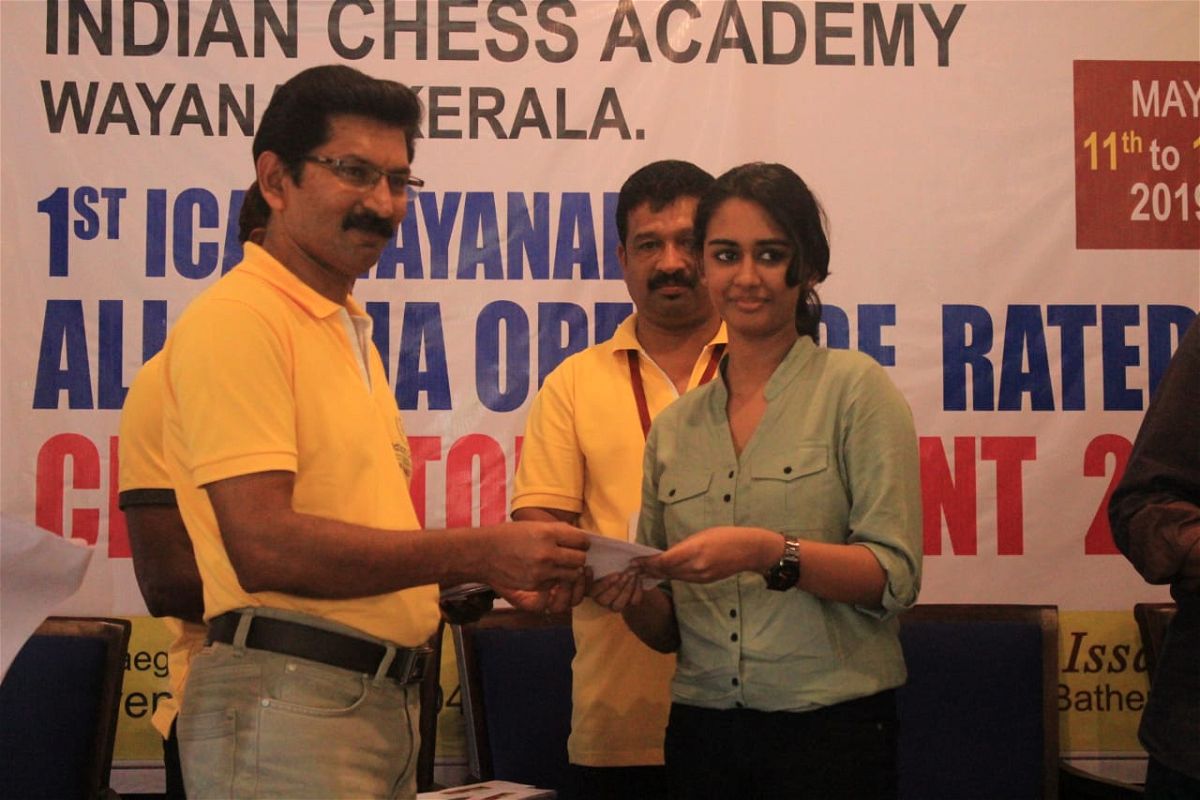 Fatima Abdeen is a former State Champion of Kerala

Participants of the Group Tour

A strong beginning in Montcada

My experience of spending 50 days in Spain by Kavisha Shah

2017 article in Hindi by Niklesh Jain:

Because chess players must play chess!